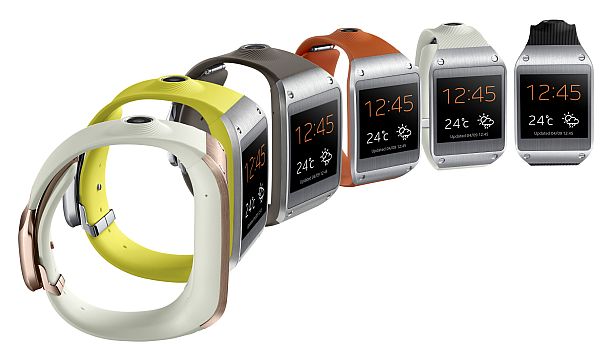 With the 1.63″ AMOLED screen on the watch, anything showing up on the screen (be it notifications or, you know, telling the time) should be displayed quite crisply. While the device’s focus is all the things it can do to interact with your phone, I’ll be interested to see how that screen is used for time telling. In other words, will there be a multitude of faces, or will it be a paltry few, uninspired, designs? Also, how will it work for grabbing the time? I can only assume that the screen shuts itself off to preserve power – so does it use the accelerometer to kick the screen on when you bring your wrist up? This is all information that, so far, is a bit lacking.

This is all packed into a package that no one is going to call svelte, by any stretch of the imagination (dimensions are 36.8 x 56.6 x 11.1 mm), though the design does seem to soften the “rectangle on a rubber band” that we’ve been seeing a lot of lately. The sizing is something that’s a bit of a tradeoff – you want a screen that’s a decent size for legibility and functionality (you are using swipes to interact with the watch), all while making it so the watch doesn’t dwarf the wrist. It is a larger watch, but based on what I’ve seen for on-wrist pictures coming out of IFA, it doesn’t seem like it will be too crazy. That’s another one of those things that is hard to tell at the moment, until we’ve got some watch reviewers getting their hands on the Gear. 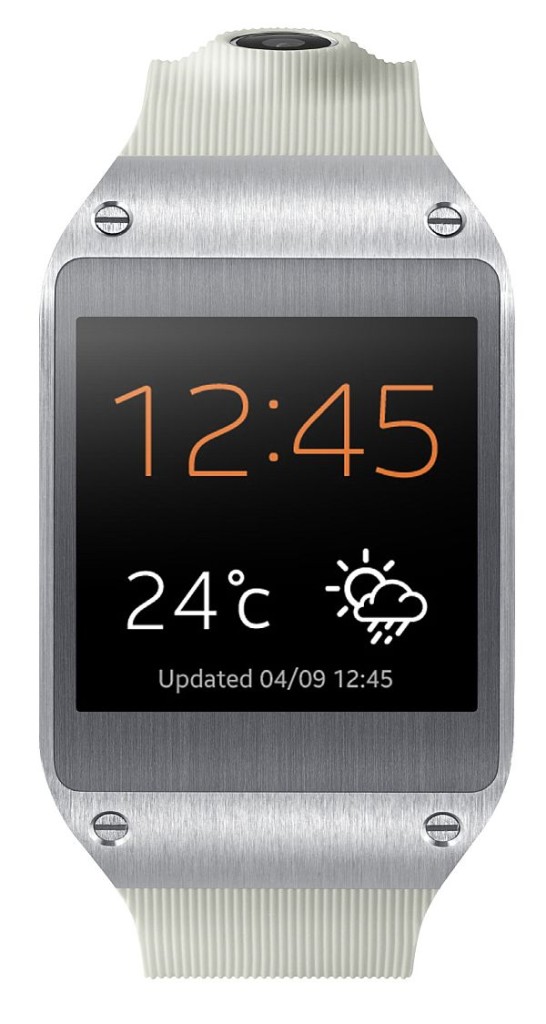 Design of the watch is uniquely much more “real watch” inspired than we’ve seen from other more boutique devices. At a glance, the Galaxy Gear doesn’t appear to be another wearable piece of squarish plastic. Taking cues from the high-end watch world, the Gear’s front bezel is brushed metal with four screws at the corners. Samsung seems to have gotten the clear message that traditional watch makers have it sort of right when it comes to designs people want to wear. We hope this is a continuing trend as smartwatch makers keep designing their products to look more like traditional watches.

Whatever you think of this particular device, and its mix of industrial and sporty design, this is proof positive that smartwatches aren’t going away anytime soon. Samsung’s Galaxy Gear may be the latest example, but they’re not the only electronics giant looking to dip their toes in the water. Apple rumors abound, and Google’s most recent purchase of WIMM Labs likely means we’ll see something coming from them as well. And, of course, Microsoft likely will want to jump into the category at some point as well – let’s just hope they’re longer lived than the SPOT watches of yore. Price is about $300. samsung.com