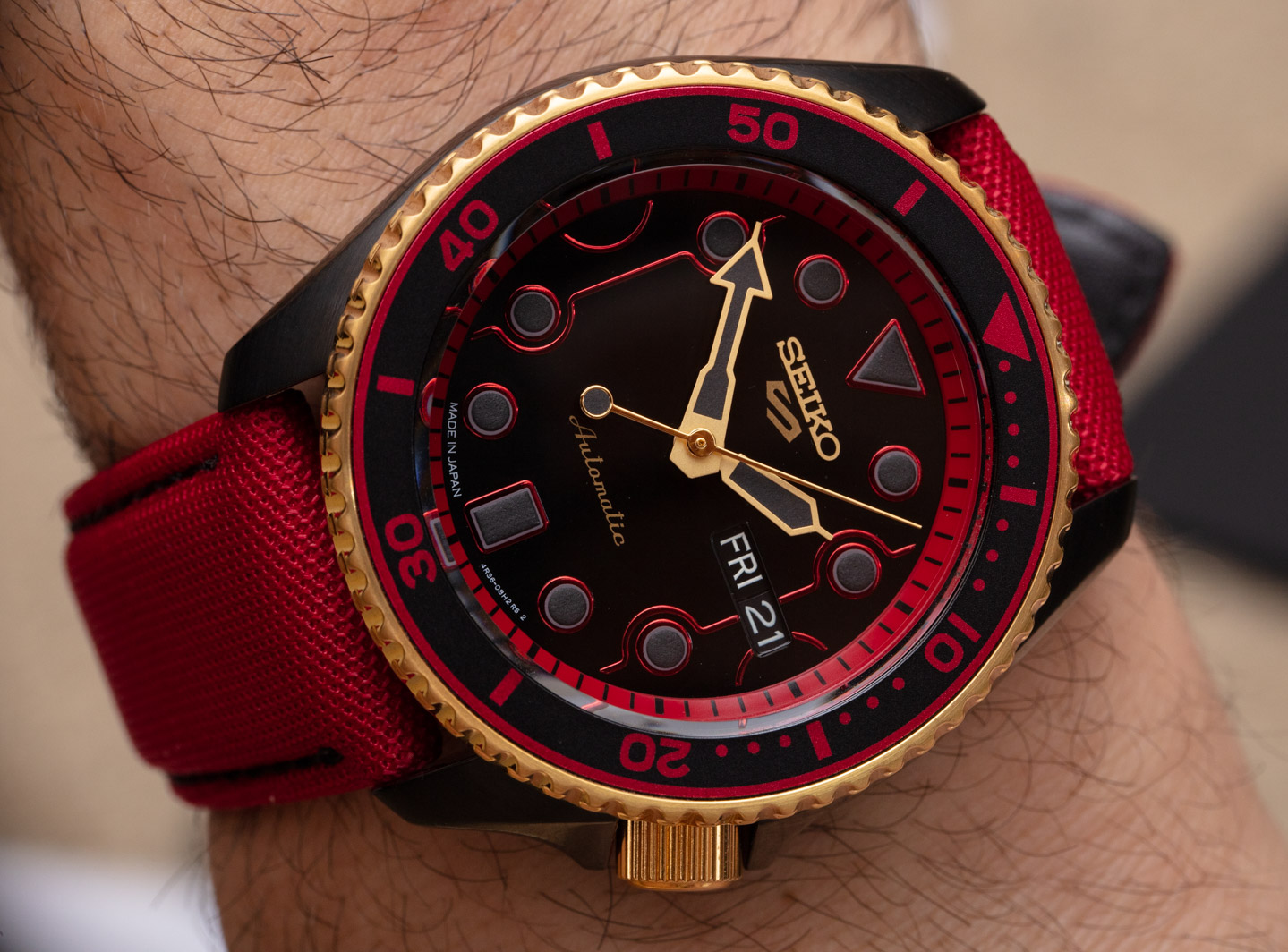 It has been nearly 30 years since I started playing Street Fighter. I recall the original Street Fighter arcade game, which was highly primitive by today’s standards. It was not until Japan’s Capcom created Street Fighter II did the fighting game series really take off. Street Fighter II, as a franchise, spawned so many distinctive games that it is truly impossible for me to guess how many actual versions of Street Fighter exist. It barely matters since so many of the games featured the same cast of characters, six of which are given a timepiece homage to in this limited-edition set of watches. 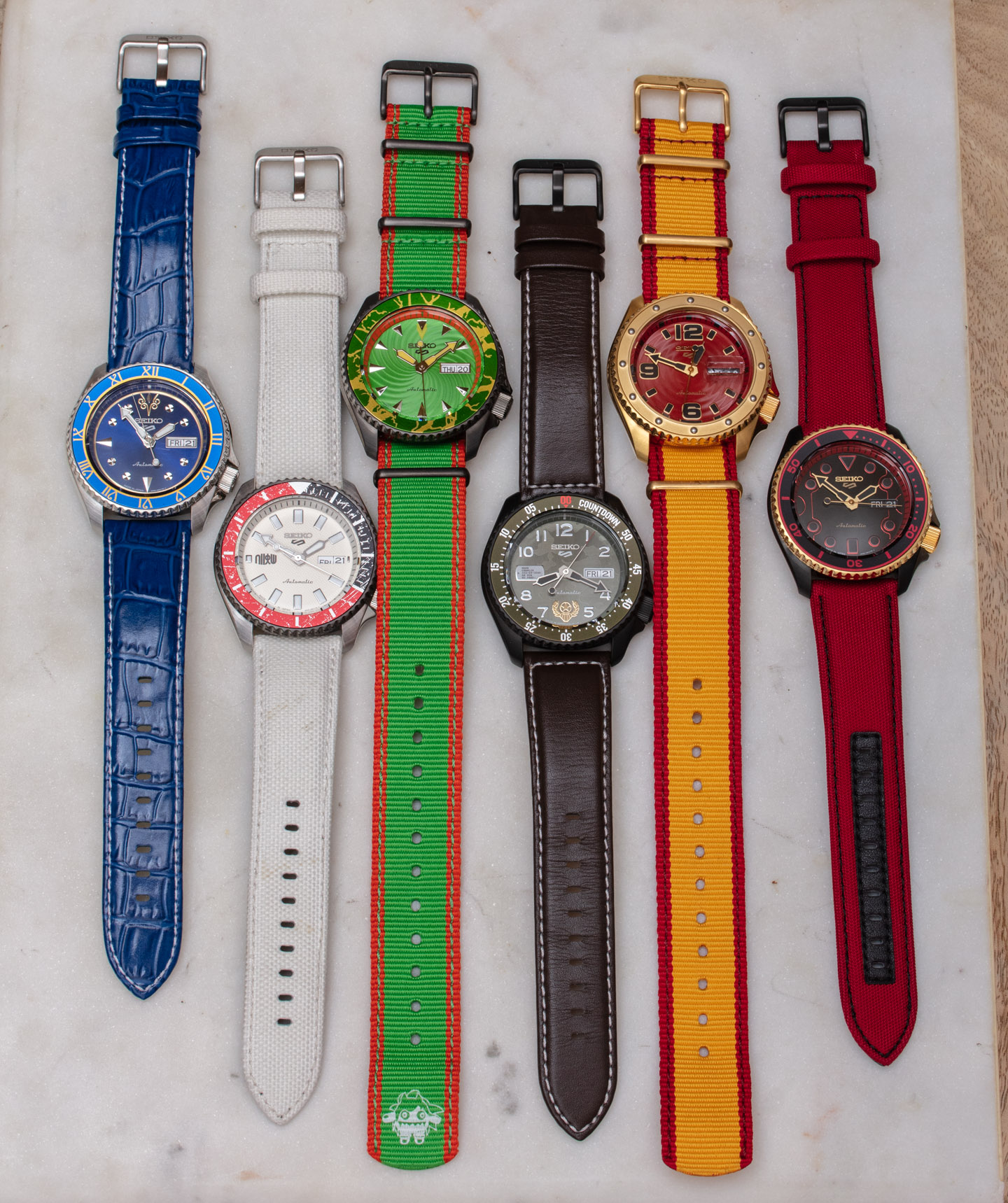 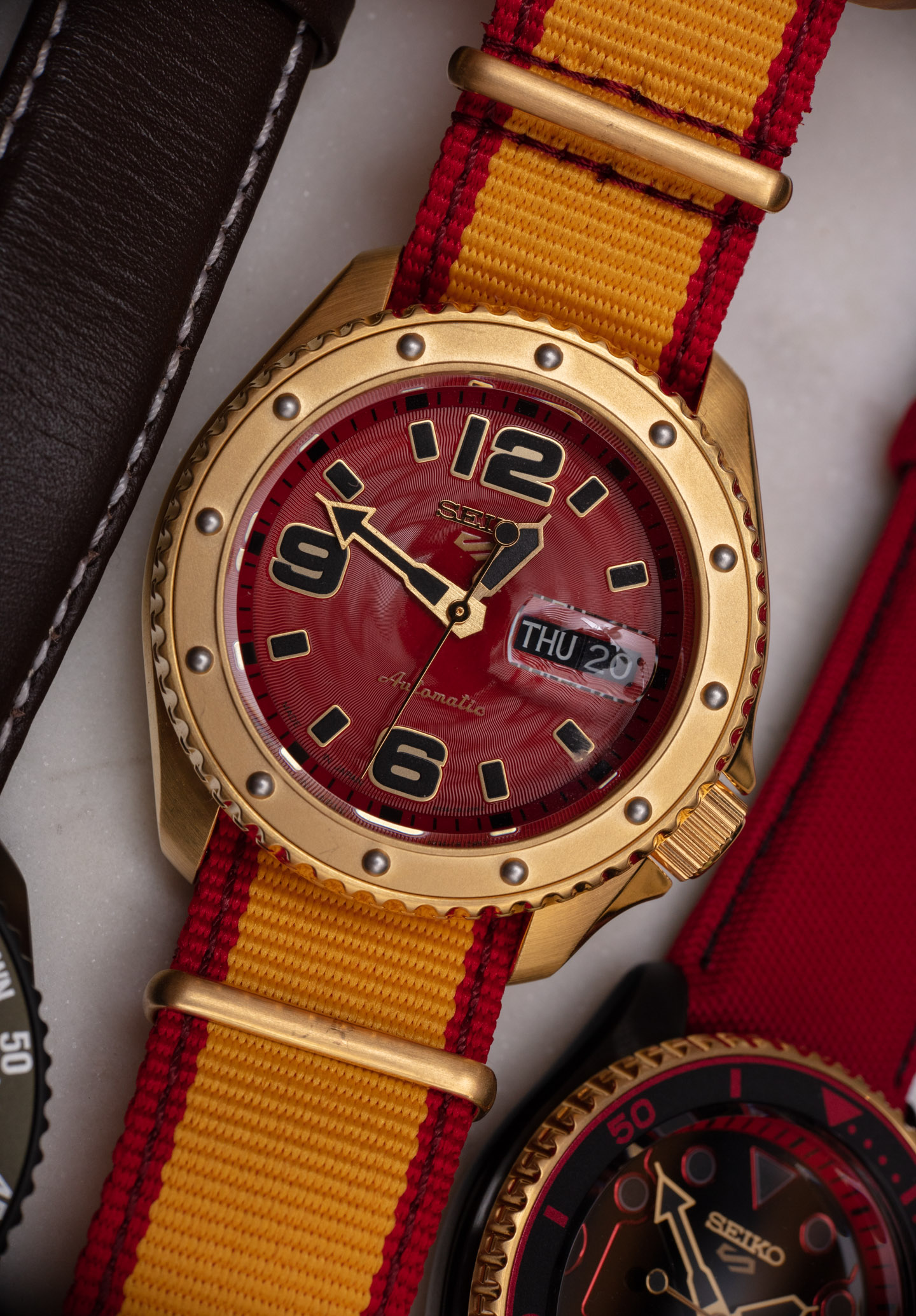 Seiko chose to connect the Street Fighter V game series with its Seiko 5 Sport watch collection, given the continuity of the number “5.” The Seiko 5 name is historic but has come back recently as Seiko positioned the 5 Sport watch collection as its entry point for mechanical sport watches. Seiko has been utterly prolific with limited editions lately, all the way up to its most elite products and down to fun mainstream models, such as the Seiko 5 Street Fighter.

The Seiko 5 watches themselves all have 42.5mm-wide (13.4mm-thick with a 46mm lug-to-lug distance) steel cases (some are coated with colors) which are water-resistant to 100 meters with Seiko’s Hardlex crystals. The diver-style watches have unidirectional rotating bezels with metal inserts. Inside the watches is Seiko’s in-house-made caliber 4R36 automatic movement, which operates at 3Hz with about 41 hours of power reserve. 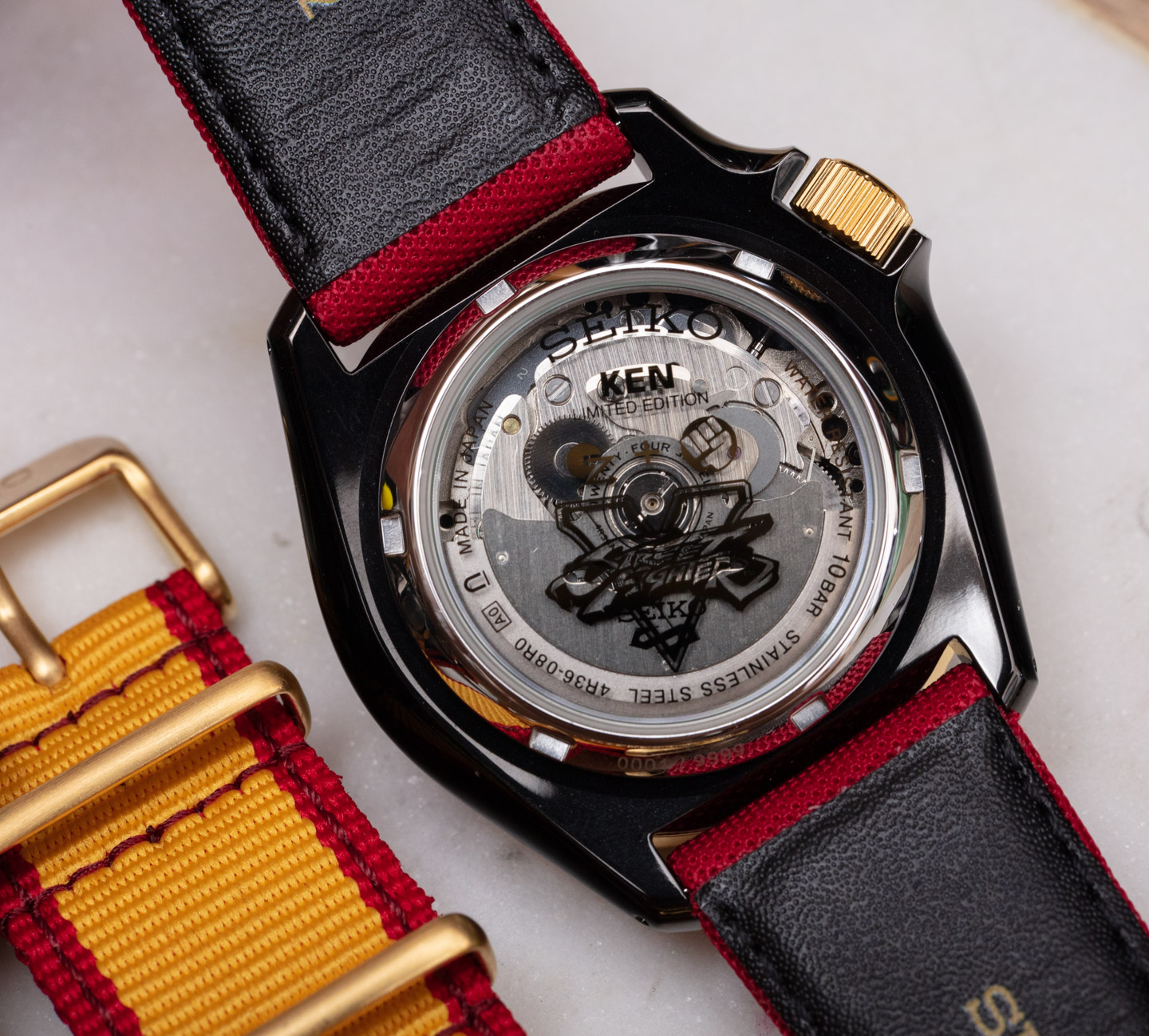 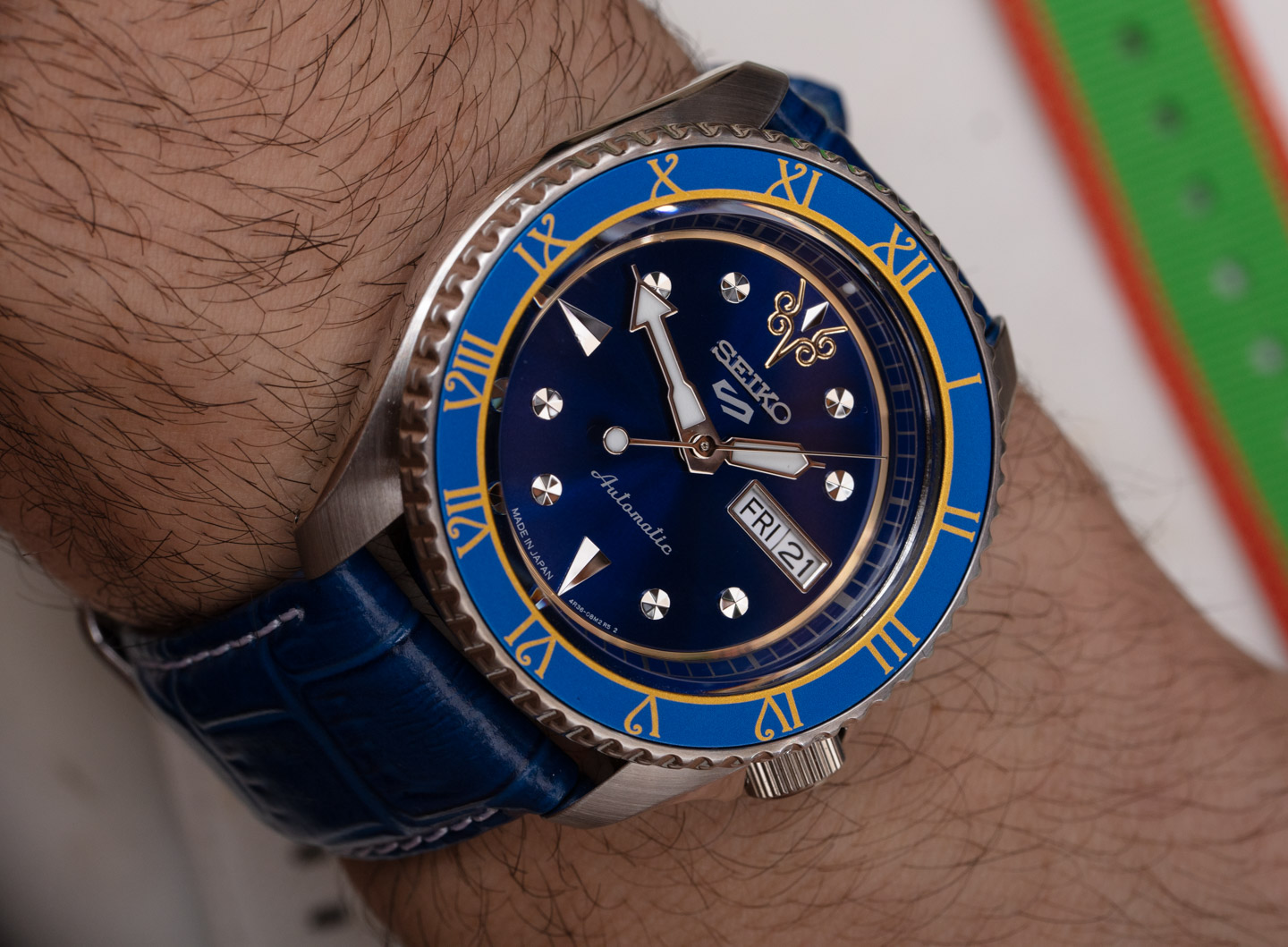 Seiko is clearly using limited-edition collections such as the Street Fighter watches to show off how different Seiko 5 watches can look with various aesthetic modifications, including different bezels, different dials, different case colors, and different straps. In that sense, the Street Fighter V watches are interesting because it has allowed the Seiko design team to really experiment and have fun. Are they all successful designs? That’s really up to the wearer because the goal of these watches is to positively connect a wearer’s emotions with some sense of video game playing nostalgia. I think it is safe to say that while there are some cool designs in play here, if you don’t have any history with Street Fighter, then the appeal of this particular limited-edition set of sports watches might seem highly peculiar.

How Seiko chose these particular six Street Fighter characters is a bit of a mystery to me. By the time Street Fighter V came out, the roster of available characters to base designs on was rather large. Seiko instead opted for legacy characters that have been in the Street Fighter game series since the early 1990s. These include Ryu (SRPF19K1), Ken (SRPF20K1), Chun-Li (SRPF17K1), Zangief (SRPF24K1), Blanka (SRPF23K1), and Guile (SRPF21K1). The six chosen characters each have a watch that, in theory, is meant to suit them. Seiko seemingly went the correct design route of making a timepiece they might imagine the characters themselves would wear — not an easy task, though it is aided by the fact that, across many video game titles, the look and feel of these characters have remained consistent and recognizable. 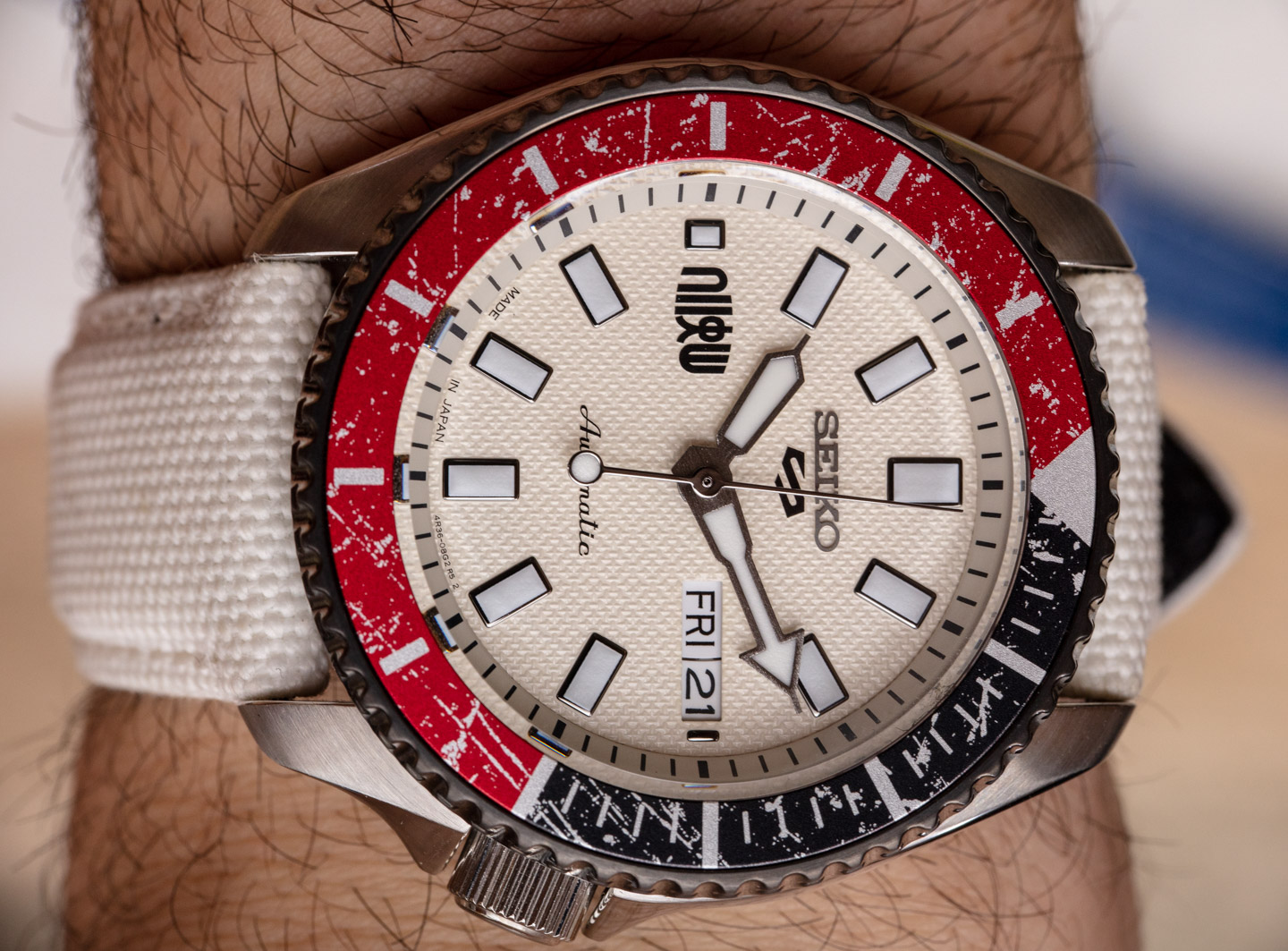 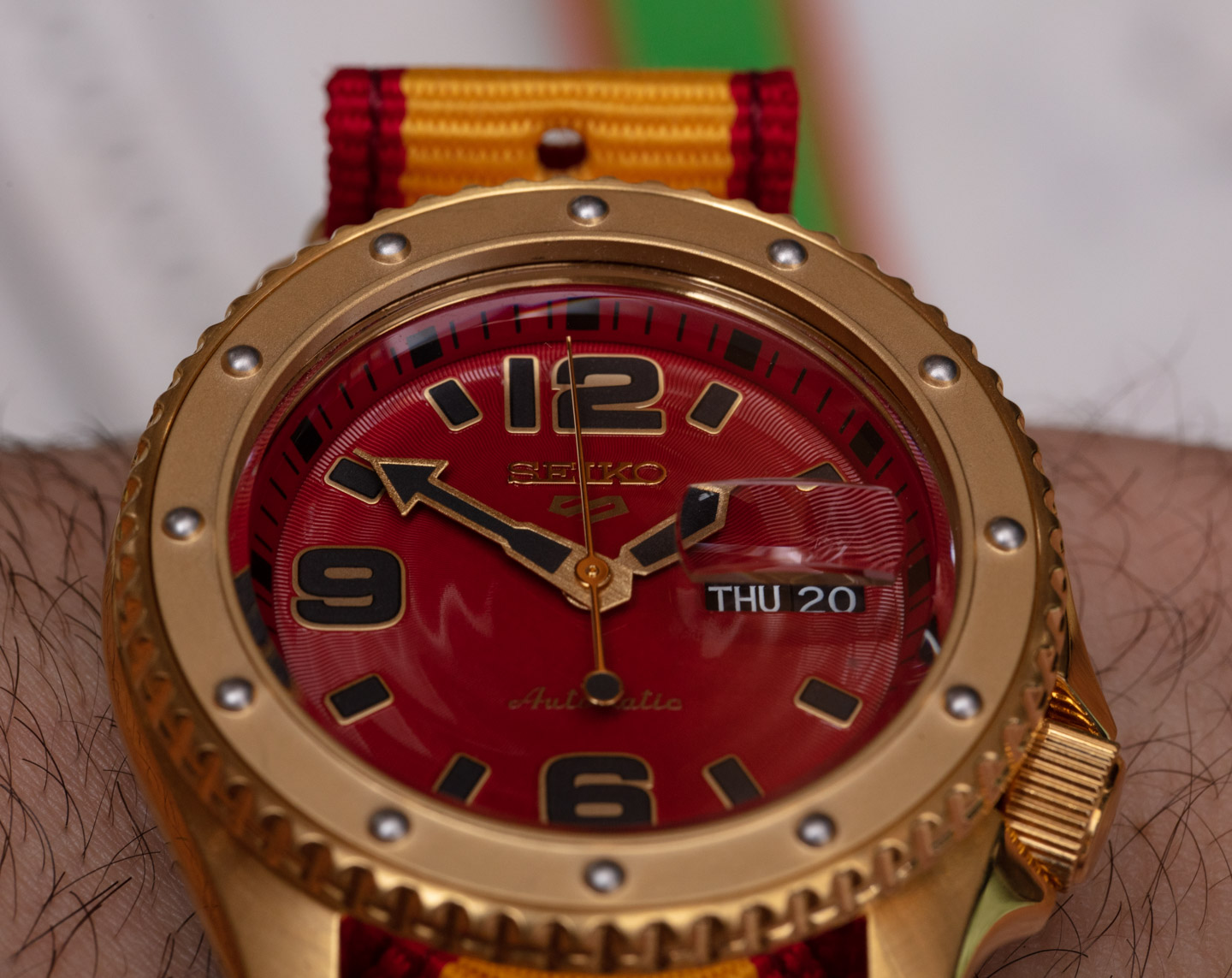 Would I immediately think of Guile, Ryu, or Zangief when seeing their respective limited-edition Seiko 5 Street Fighter watches? Not necessarily, but fans will probably still be impressed. The best of these watches are fashionably appropriate to be worn around people who don’t need to know you are being reminded of a video game on your wrist. On that note, pieces such as the Seiko 5 Street Fighter Ken (reference SRPF20K1) and Zangief (SRPF24K1) are my favorite in terms of their looks — and not necessarily how well they match the characters. From a fashion perspective, I think it is clear that in addition to looking good on a metal bracelet, the Seiko 5 sports watches are handsome on NATO-style or sports fabric straps.

Each of the six watches is imbued with a number of references to the Street Fighter characters they are meant to celebrate. The design of the watches is meant to be inspired by both their costumes and playing techniques. For example, some of the watches make visual or text references to the backgrounds of the characters, as well as their signature fighting moves. To that last point, on the rear of each watch — printed on the transparent caseback window — is not only the name of the character the watch is meant to represent but also a diagram for how to use one’s video game controller to execute the most famous of their “special moves.” 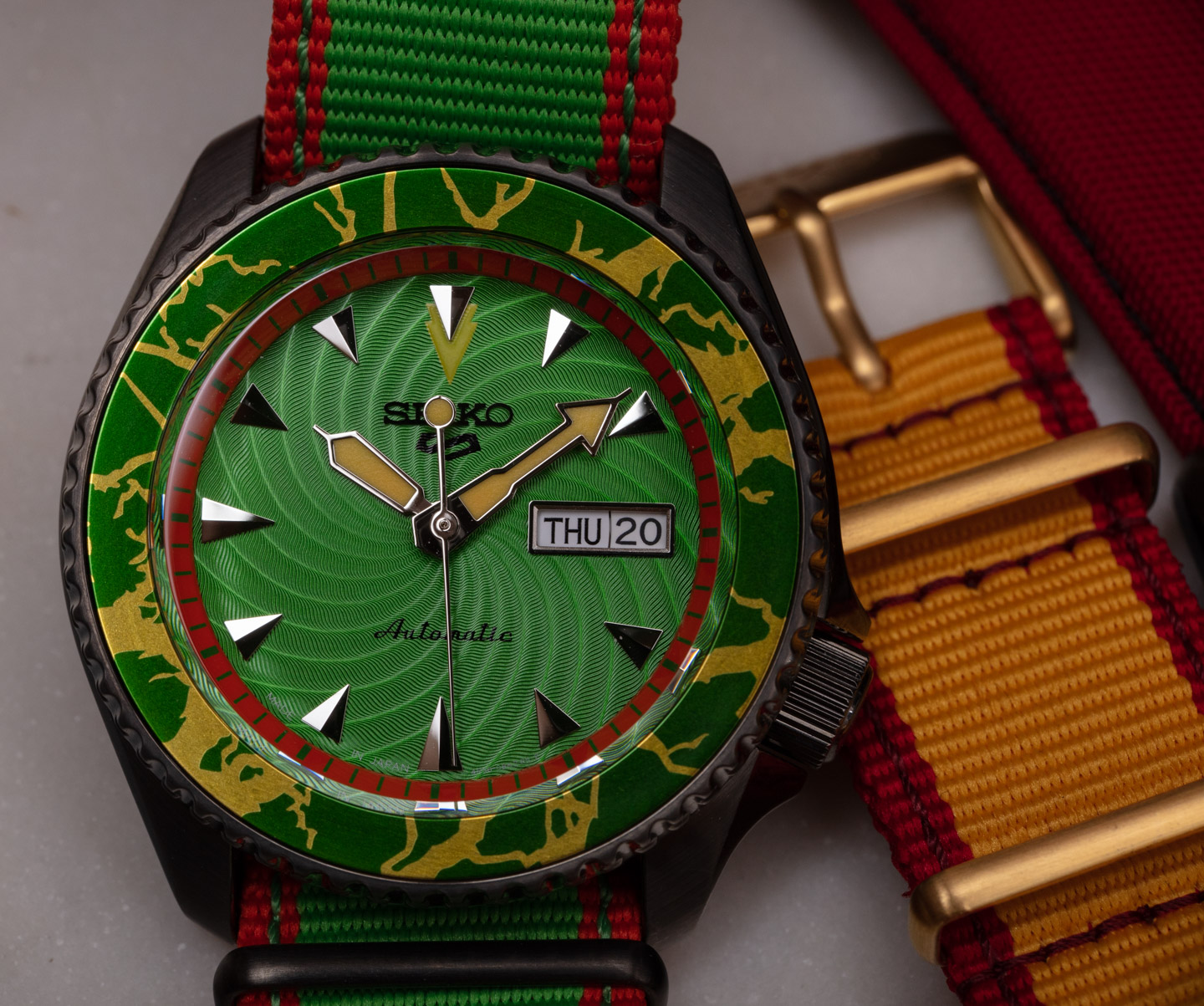 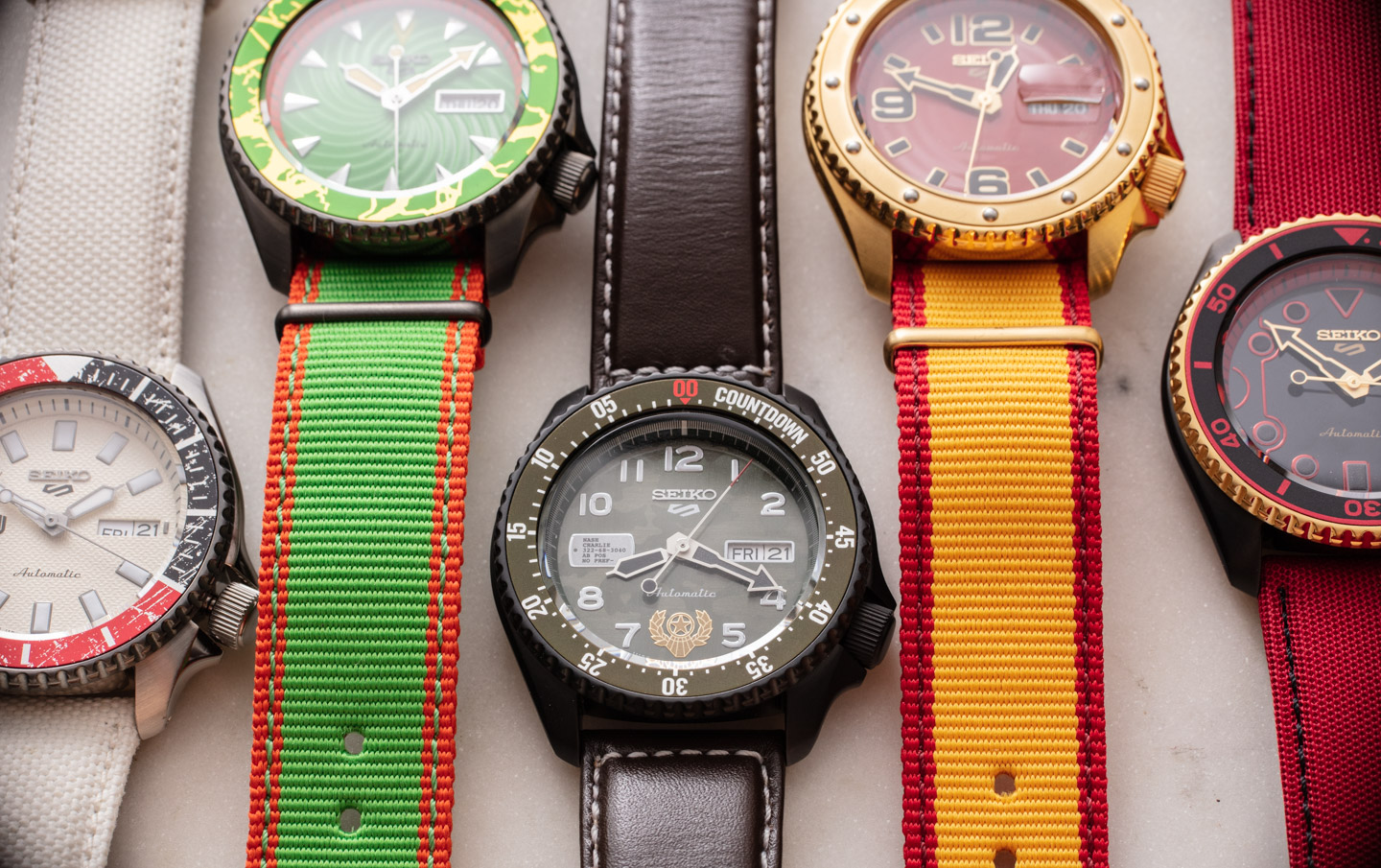 Emotionally powerful products that combine quality traditional watchmaking with cultural relevance is the larger goal of what Seiko’s product teams are trying to do these days. Timepieces such as this are never the result of a formula, and the outcomes are as surprising as the themes they begin with. For this reason, I absolutely love it when major companies like Seiko decide to have fun like this. I’m not sure I’d dedicate a lot of personal wrist time to celebrating a video game I once sunk hundreds of hours into, but I’m more than happy that they exist, as being in the world helps validate my collective cultural upbringing with so many other people around the world who also grew up playing Street Fighter. Just for that reason, this timepiece collection makes me smile. Price for each of the Seiko 5 Street Fighter watches (each limited to 9,999 pieces and according to Seiko USA will be available for sale in the American market on the Seiko website starting on September 26, 2020) is $440 USD. Learn more at the Seiko Street Fighter microsite here.