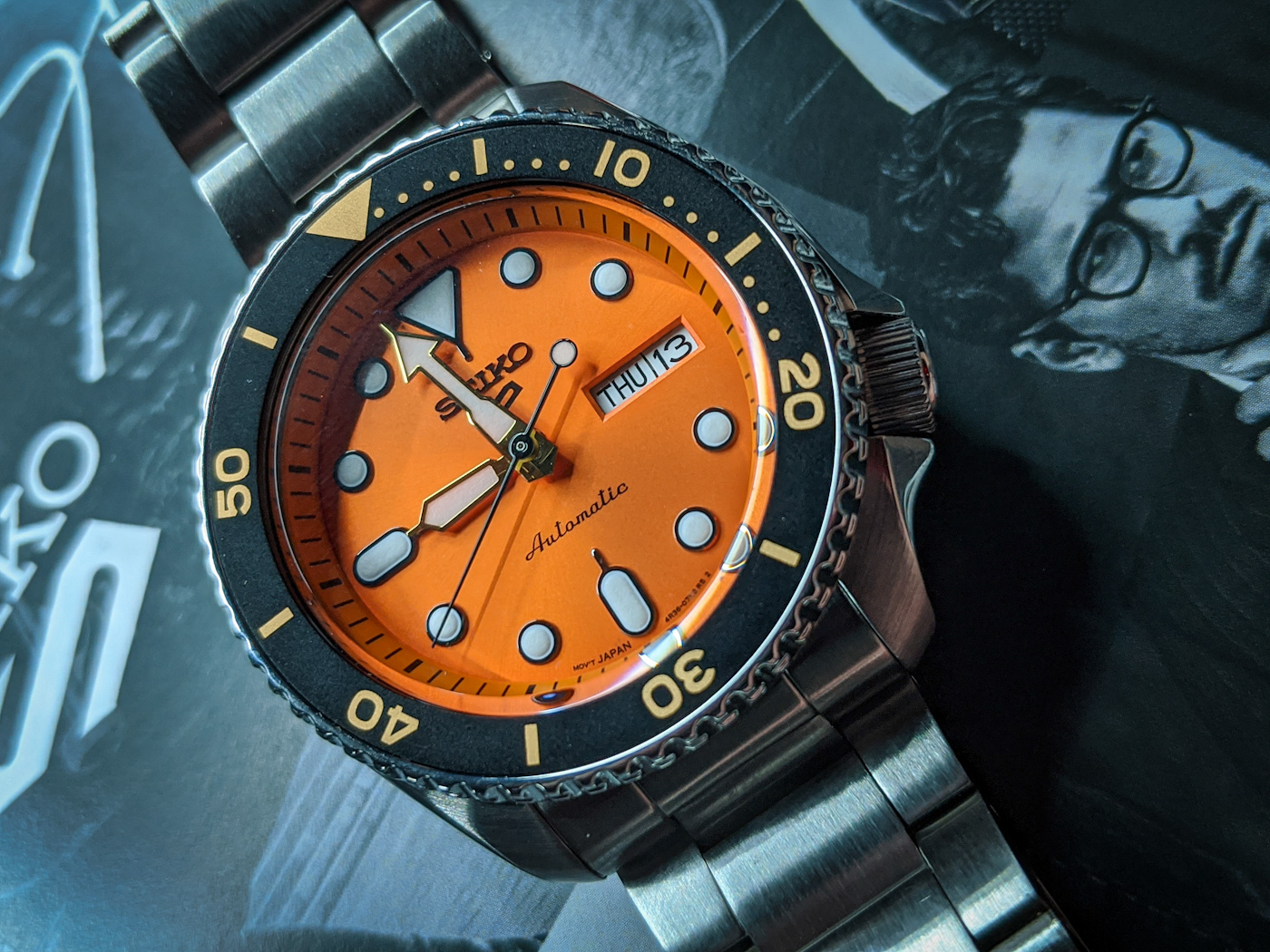 Since 1963 the Seiko 5 series has been an affordable backbone of the brand’s lineup, offering reliable mechanical watches to the entry level consumer. While all models have followed the same five basic criteria (water resistance, a durable case and strap, a day/date complication, an automatic movement, and a 4 o’clock crown), the Seiko 5 nameplate has been shown on a massive array of styles and designs over the years. For many years, one of the cornerstones of the Seiko 5 stable was the Seiko 5 Sports series, first launched in 1968 as a sporting timepiece aimed at the youth market. Although the Seiko 5 Sports name gradually faded from Seiko’s lineup over the years, in August of last year, the marque announced it would revitalize this historic line with a massive array of new models sharing the same cases, dials, movements, and handsets. This series is further divided into five sub-lines: Sports, generally the most traditional and conservative styles; Suits, an upscale, vintage-, and dress- inspired series of interpretations; Specialist; a clean and pared-back line focused on case and strap materials; Sense, a texture-forward line that combines muted earthy colors with attention-grabbing surfacing; and Street, a blacked-out series of models that offer a stealthy and aggressive style. At first glance, you’d be forgiven for mistaking one of these new Seiko 5 Sports models with the modern classic SKX007/SKX009 series of divers, but behind the superficial resemblance lies a very different animal. 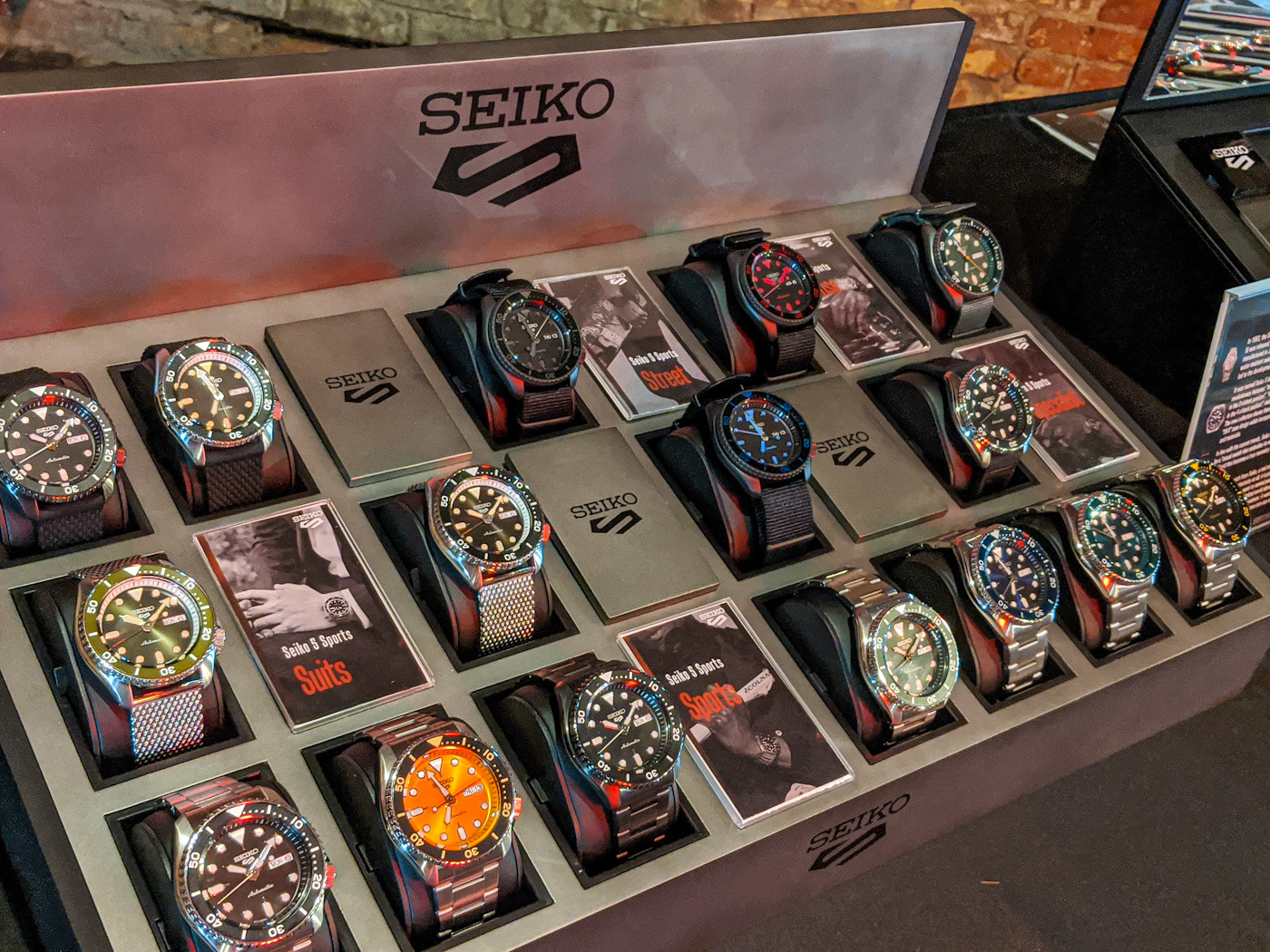 Before diving into the watches themselves, it’s important to give some context about what this new line means for the Seiko brand as a whole. In the past few years, the traditionally value-conscious marque has begun moving many of its models upmarket, with new movements, new designs, and subsequently higher price tags. While these models themselves have been largely successful, there have been concerns among some fans of the brand that the company might be leaving its traditional niche behind. At the same time, the Seiko 5 sub-brand has sat mostly unchanged for years. The Seiko 5 Sports series, then, represents an opportunity to kill two birds with one stone: These new models breathe new life into the nearly dormant line, while at the same time offering the brand’s loyal fans a new affordable sporty timepiece to meet their demands. That said, the resemblance to the SKX007 and SKX009 divers is more than coincidental. The Seiko 5 Sports series is a replacement for these discontinued fan favorite models, but these new pieces offer lower specifications (100 meters versus 200 meters of water resistance and no screw-down crowns) than the outgoing models. That said, these style-forward new takes on the design sit at a comparable price point to the current entry-level SRPC39 Prospex diver, and even at their most conservative are a punchier, more vibrant, punk rock take on the Seiko diver formula. 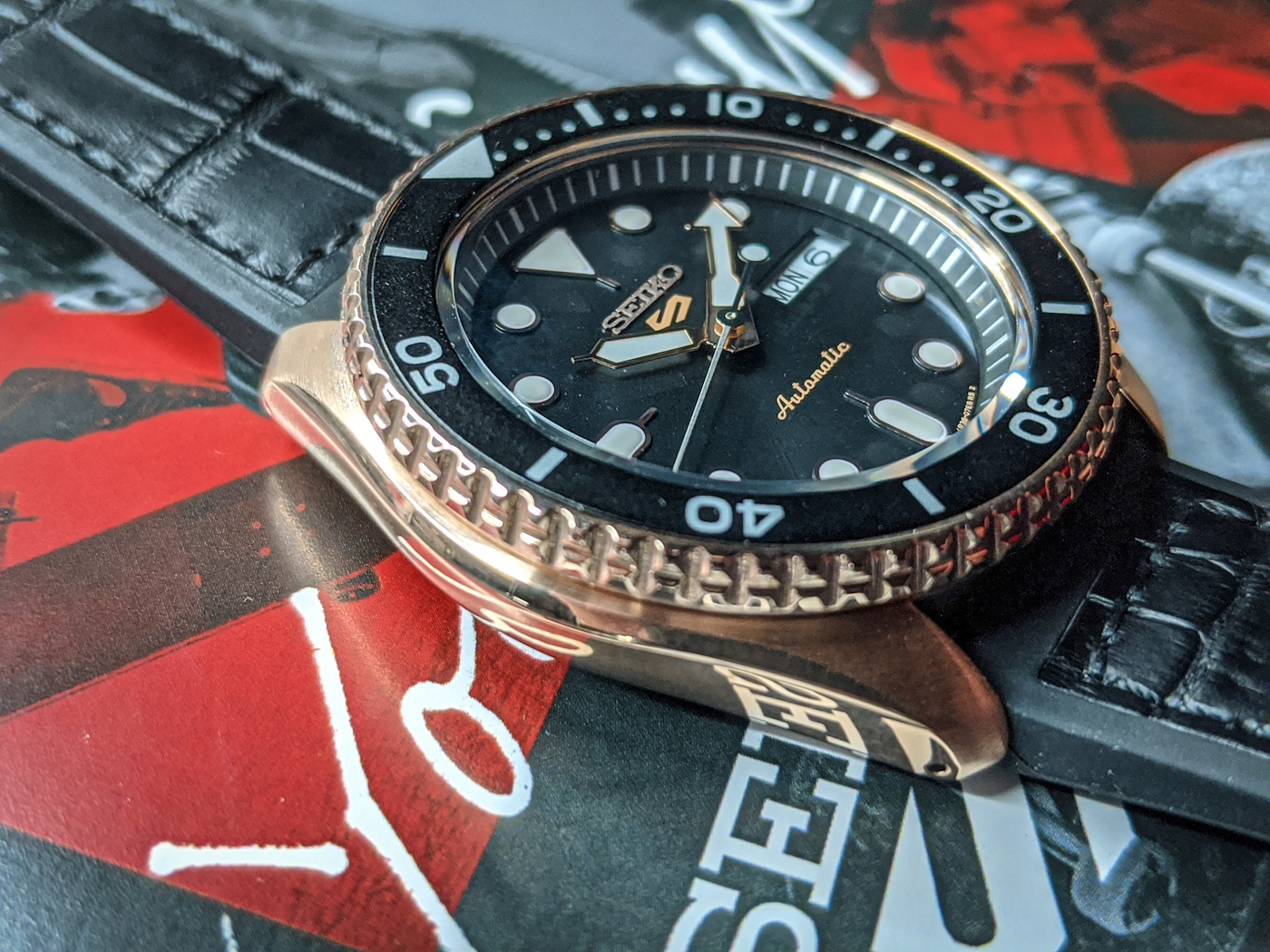 The case of the Seiko 5 Sports series should be familiar to any Seiko initiate, with a 42.5mm shape lifted directly from its SKX series forebear. It’s a distinctive, rounded, yet utilitarian design, one that consistently wears far more compact than both its diameter and its 13.4mm thickness would suggest. Part of this comes courtesy of a deep sloping undercut inward from a high beltline across the case and lugs, but across the wide array of new models, some of these become even more visually svelte from PVD treatments ranging from matte black to rose gold and a distinctive brushed gunmetal gray. Another familiar element is the tall, uniquely knurled unidirectional bezel, which feels every bit as accurate and secure as the previous iteration with the notable exception of the lume pip at 12 o’clock being removed. Beyond the colors and finishes, where the Seiko 5 Sports differentiates itself is in the crown, which is now a simple push-pull rather than a screw-down, and in the Hardlex crystal display back. Overall, though, the case of these new models is comfortably familiar, allowing the bold colors and finishes to present a recognizable and iconic backdrop. 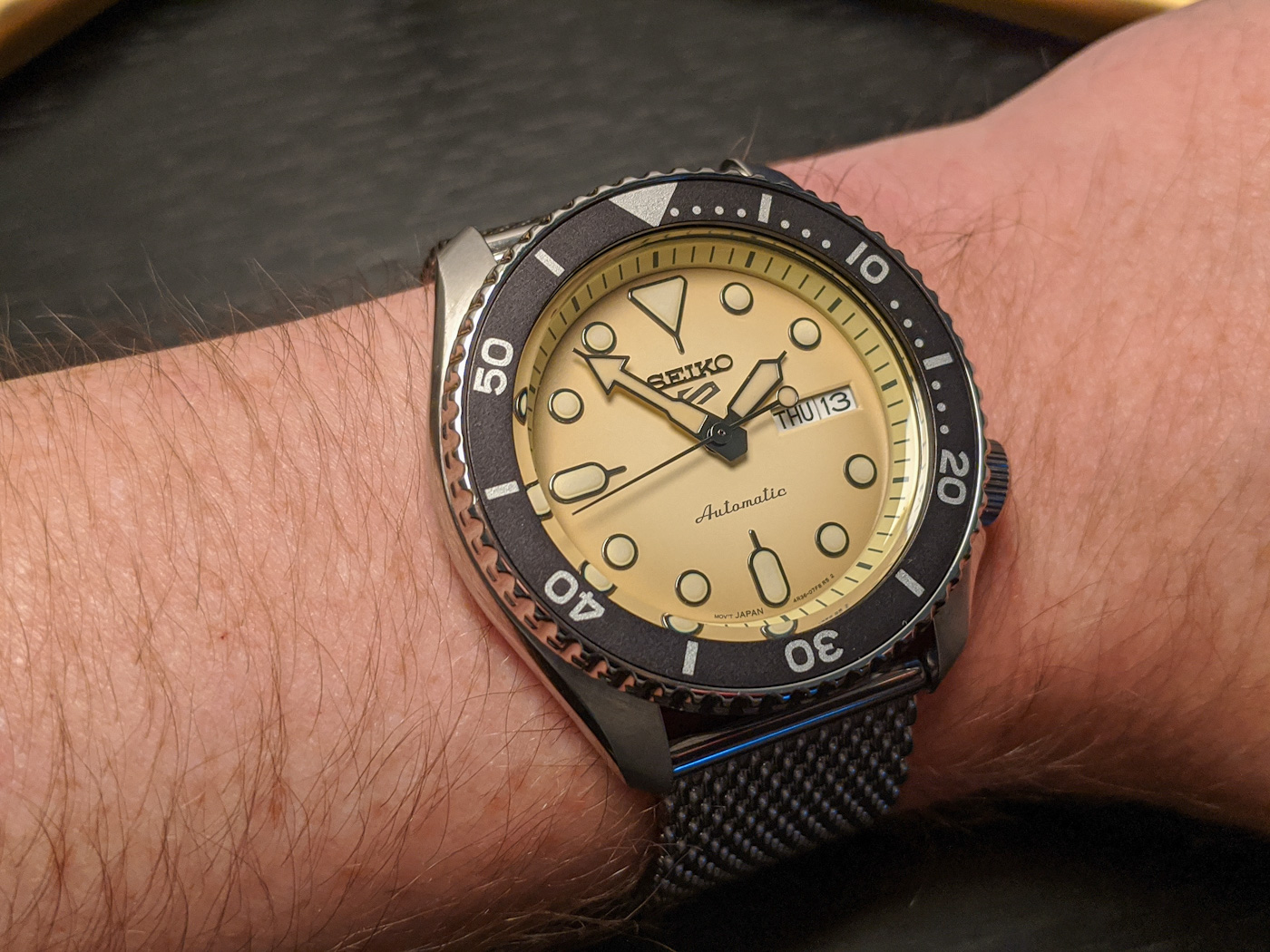 The dials of these new models, like the cases, are identical in form to the outgoing SKX line — with one notable exception. The signature Seiko arrow hands, rounded dive indices, and broad cutout day/date window are all present, but Seiko has replaced the printed indices of the old models with new applied pieces. This small change goes a long way toward making the classic forms feel more upscale and higher quality, while allowing for additional light play. The color schemes of the dials themselves run the gamut from simple black to wild textured avocado greens, sunburst oranges, oceanic teals, and burgundy reds, but perhaps one of the most striking dial designs comes from the Suits model SRPD67K1. Like many great Seiko models of the past, though, this one needs a nickname, and the most fitting moniker is, perhaps, “Toasted Marshmallow.” The off-white dial of this model vignettes gradually toward the edges, suggesting the tropical aging of a pure white dial while giving the matte surface an interesting gradient of its own. Combined with the subtle khaki LumiBrite of the hands and indices, the “Toasted Marshmallow” dial feels warm, vintage, and summery while remaining visually light. Of course, Seiko’s proprietary lume is famous for its brightness, but in practice the lume is a mixed bag with these models. Generally, the white painted models glow every bit as bright as other Seiko models, but the more vibrant colors especially put out far less light. 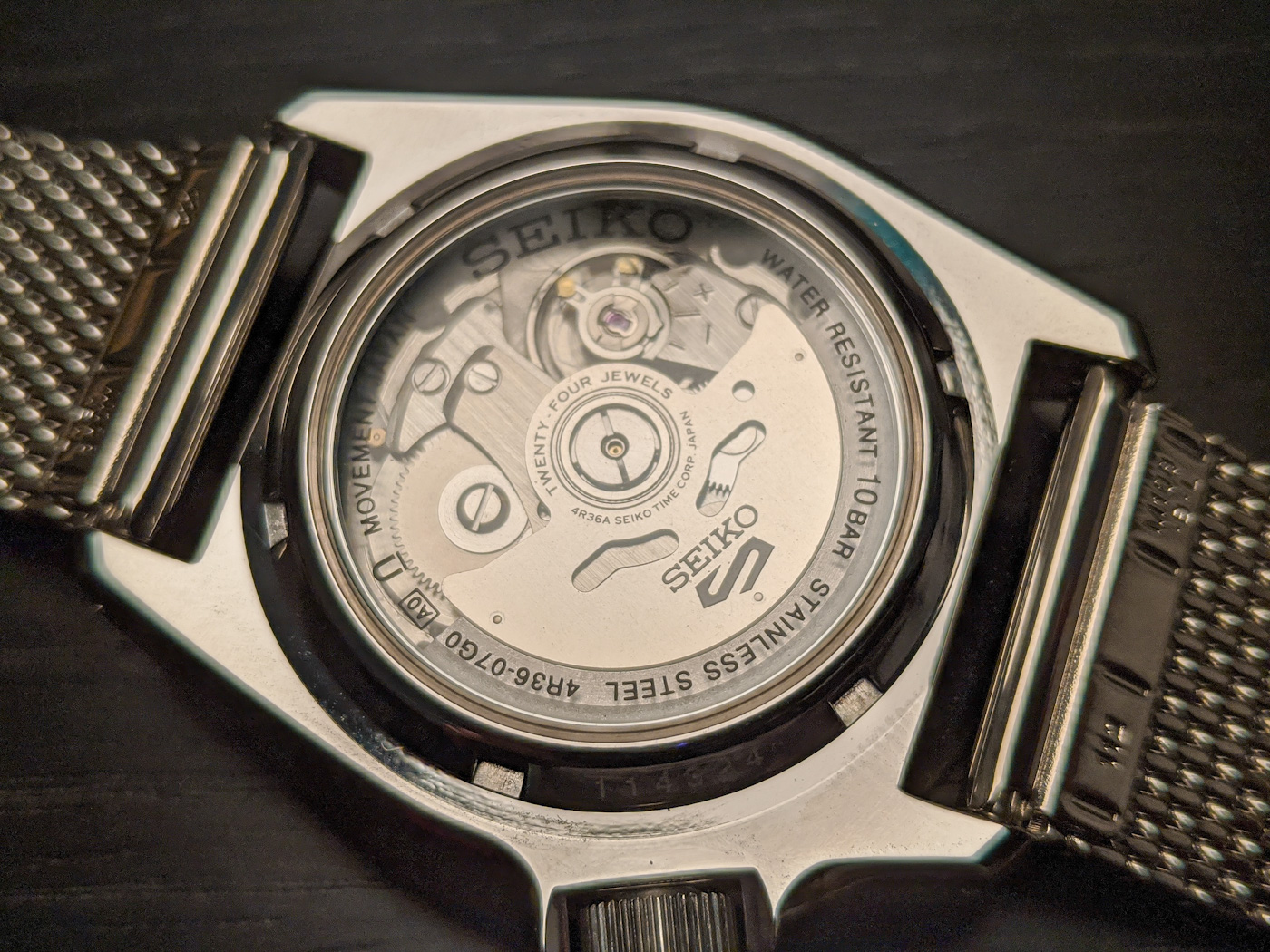 All Seiko 5 Sports models are powered by the in-house 4R36 automatic movement. In addition to 41 hours of power reserve, this mid-range powerplant also proves to be one of the few places where the new line outperforms the SKX models on pure specifications. Unlike the previous version’s movement, the 4R36 offers hand-winding for convenient starting after a long unworn period. 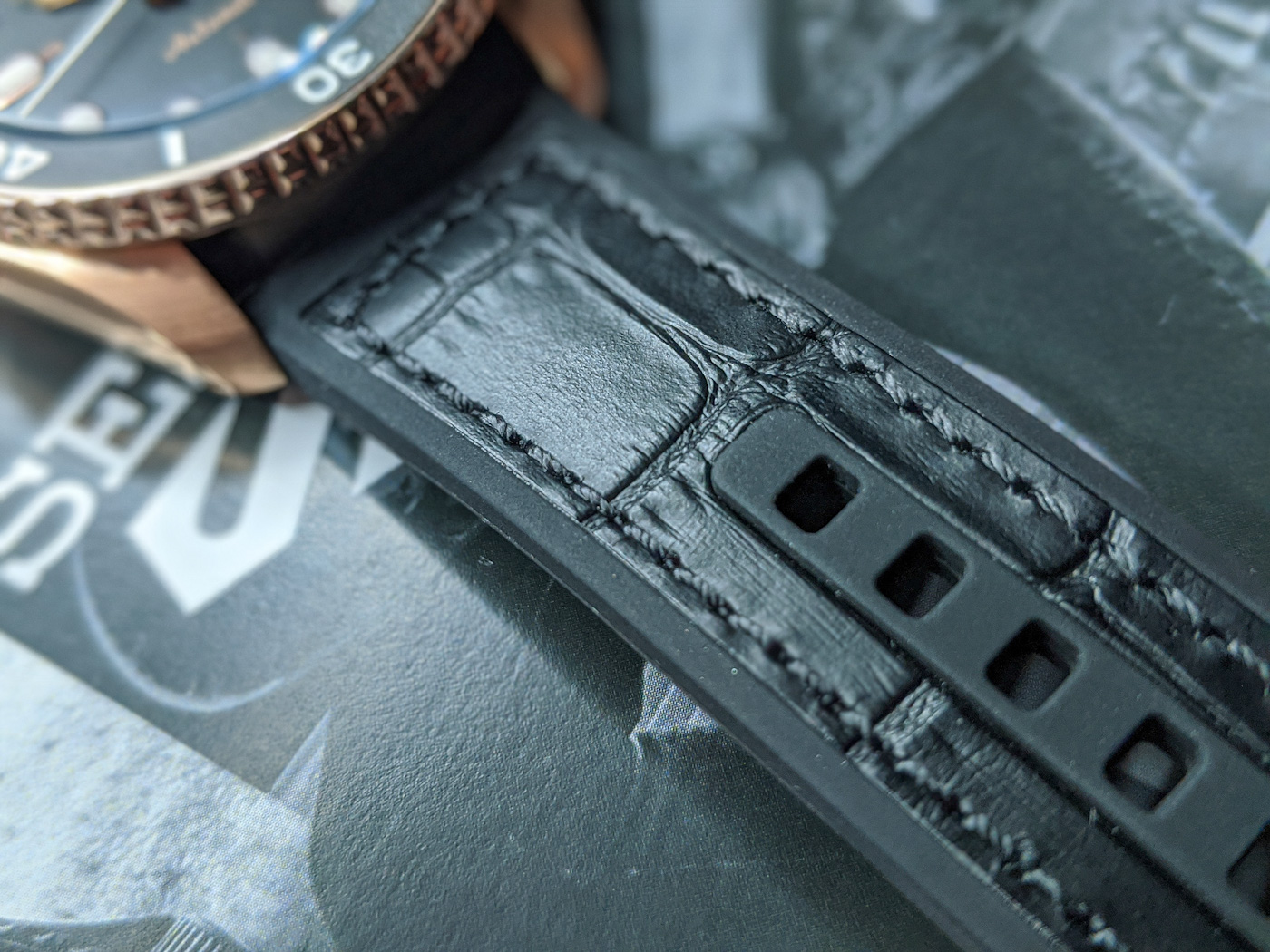 Seiko offers every bit as much variety in straps for the 5 Sports line as in dial designs. The array of 27 models comes mounted on everything from oyster style bracelets to Milanese mesh, textured rubber, NATO straps of various colors, and perhaps most interesting of all, a hybrid alligator and rubber strap. While the outer shell of these straps is finished in dressy black or brown alligator pattern leather, the inner side is lined with supple silicone rubber for comfort and durability. It’s an interesting combination at first glance, but time will tell how this combination will age. 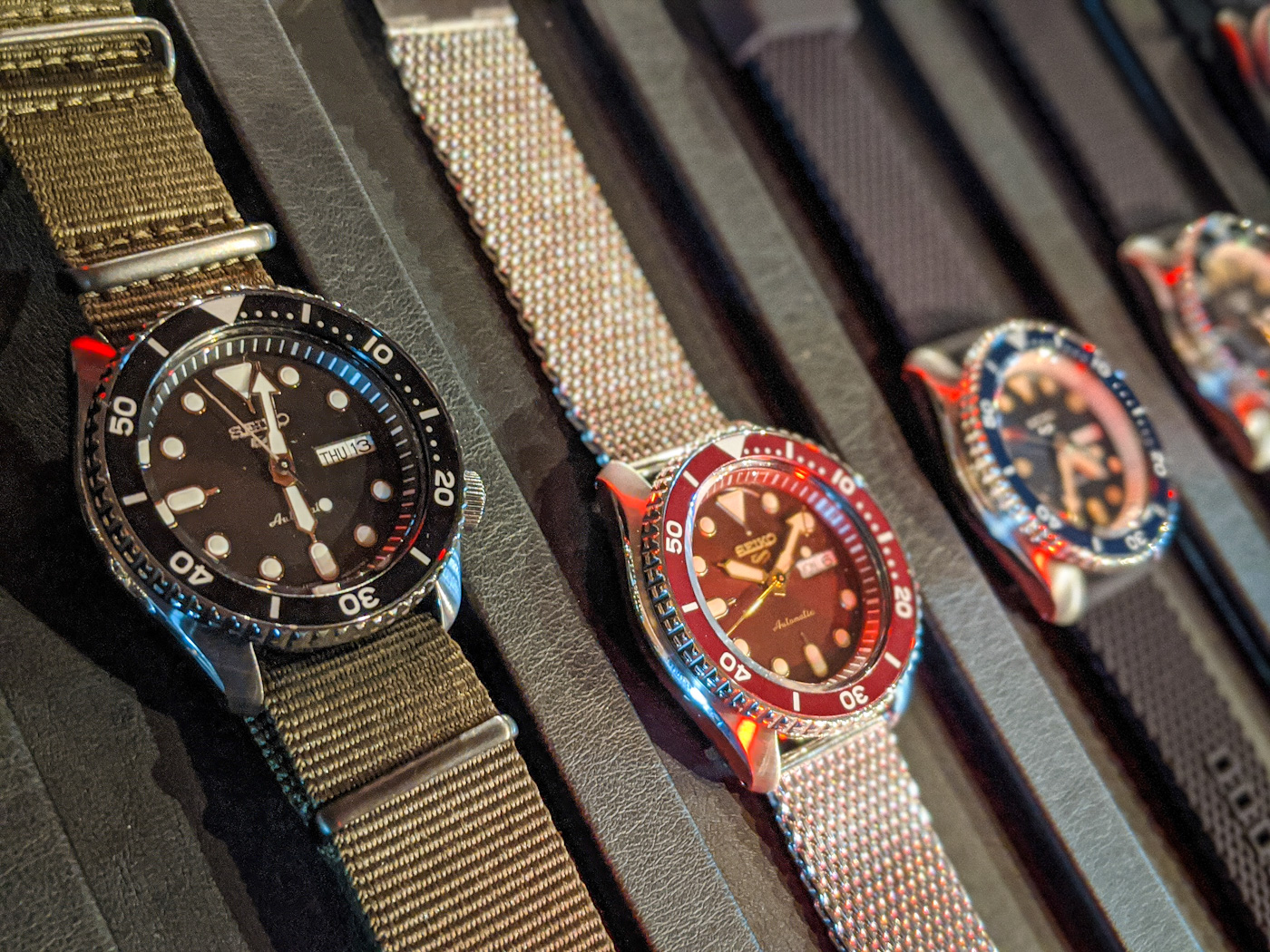 Perhaps more important than the watches themselves is what these 27 new models mean for Seiko’s future. As many of the brand’s offerings move upmarket, it looks as though Seiko is refocusing its entry level efforts away from pure functionality towards a more fashion forward, design centric approach. In a way, this makes sense — for the first-time mechanical watch buyer, it’s difficult to say if 200 meters of true diving capability is really necessary to capture the consumer imagination, or if bright colors and distinctive designs will stand out better in the minds of budding enthusiasts. It’s an approach that has worked before for brands, from Swatch to TAG Heuer to Seiko itself, with the original 5 Sports series back in 1968. What’s more, if none of these 27 models excites you, Seiko expects to debut around 20 new variants in the fall, creating a rotating collection of new designs for the future. That could create real collectibility as new fans seek to pick their favorites from each drop, but this may come at the cost of the rest of the Seiko 5 line. It’s unclear if the variations-on-a-theme approach will become the overarching look for Seiko 5, or if other models like the SNK series of pilot watches will survive into the future. That said, for a starting MSRP of $350, the build quality, reliability, and creativity on display from Seiko’s latest effort is difficult to argue with. These new models are available now through Seiko authorized dealers. For more information, please visit the brand’s website.