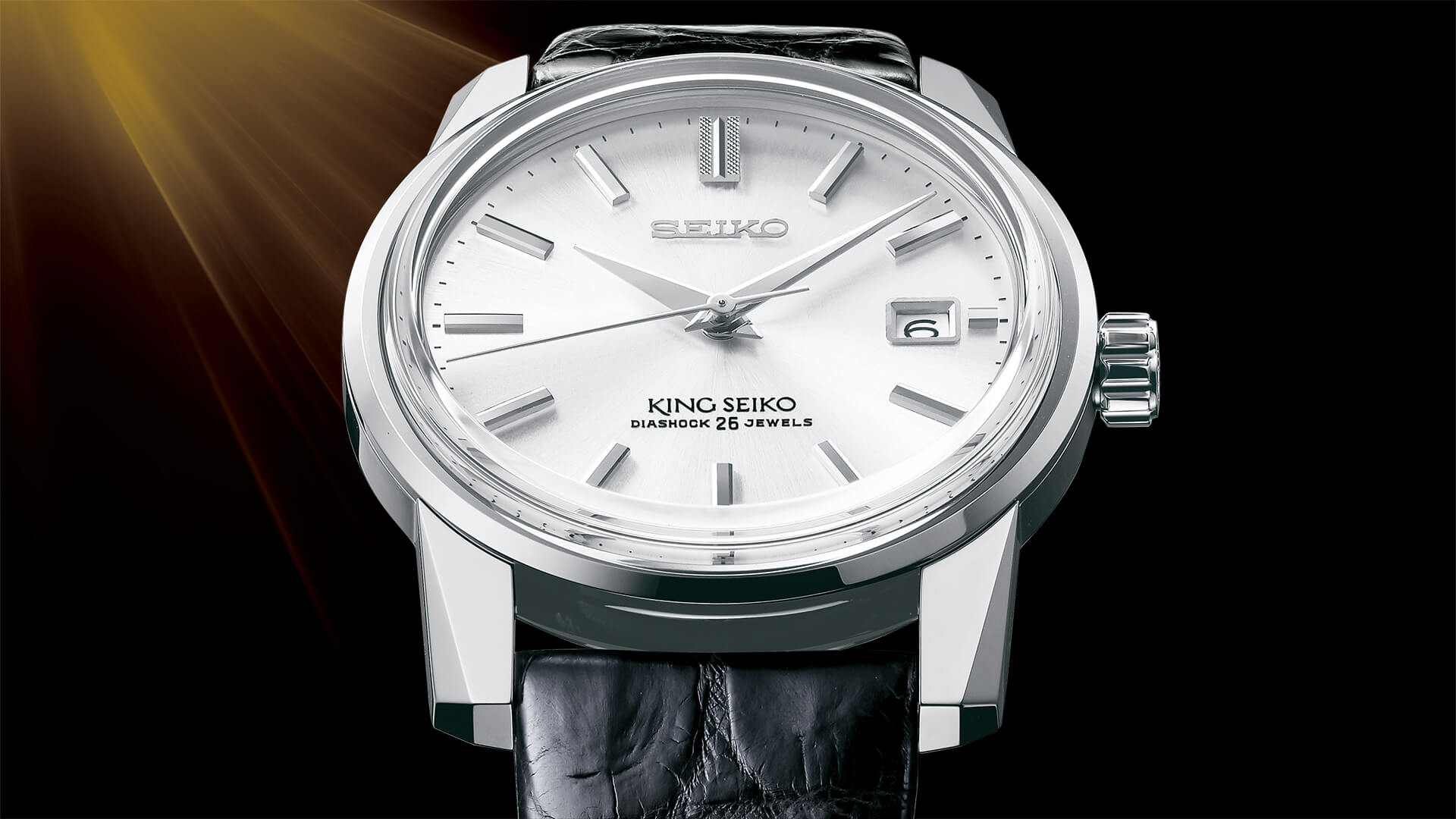 While every seasoned enthusiast is familiar with the workmanship and designs of Grand Seiko at this point, far fewer people know that at one point in its history Seiko had another, directly competing luxury line – King Seiko. Conceived in 1961 as a separate and completely independent in-house rival to the Grand Seiko line founded the year before, the King Seiko series was an instrumental part of a larger overall corporate strategy at Seiko to pit its Suwa and Daini factories against one another to drive innovation. This internal competition strategy worked tremendously, launching Seiko as a major player on the global horological stage by the late ‘60s and reshaping the way the world thinks about Japanese watchmaking. Although Grand Seiko has endured in the enthusiast consciousness and continues to build world class timepieces today, old rival King Seiko slowly faded out of the marketplace by the end of the ‘70s, never to return. As Seiko begins its 140th anniversary celebrations in 2021, its first commemorative piece revives the King Seiko nameplate for the first time to deliver a stunningly faithful reinterpretation of the classic 1965 King Seiko KSK watch. The Seiko 140th Anniversary Limited Edition Re-Creation of King Seiko KSK is a dressy and refined showcase of one of Seiko’s best ‘60s designs, remade to thoroughly modern standards.

While a hair larger than the original at 38.1mm in diameter, the stainless steel case of the Seiko 140th Anniversary Limited Edition Re-Creation of King Seiko KSK remains old-school compact and highly faithful to the original 1965 King Seiko “Grammar of Design” form. While small concessions to modernity have been made such as the inclusion of an automatic movement, the overall thickness including the boxed sapphire crystal is only 0.5mm thicker than the original at 11.4mm. The case design itself is every bit as distinctive and handsome as it was in 1965, with a cleanly simple cylindrical case punctuated by the unique broad lugs. Wide-set, angular, and with a pronounced faceted chamfer, these lugs offer a distinct King Seiko flourish without disrupting the classically dressy ethos of the piece. An all over Zaratsu polish looks in initial images to give the case a brilliant sheen. Seiko’s attention to recreating detail for the new King Seiko KSK is evident through the smaller elements as well, with the signed crown bearing the same “W” (for “waterproof”) marking above the Seiko emblem as the original. The caseback carries on the same tack as the original as well, with an ornately engraved King Seiko medallion in the center. 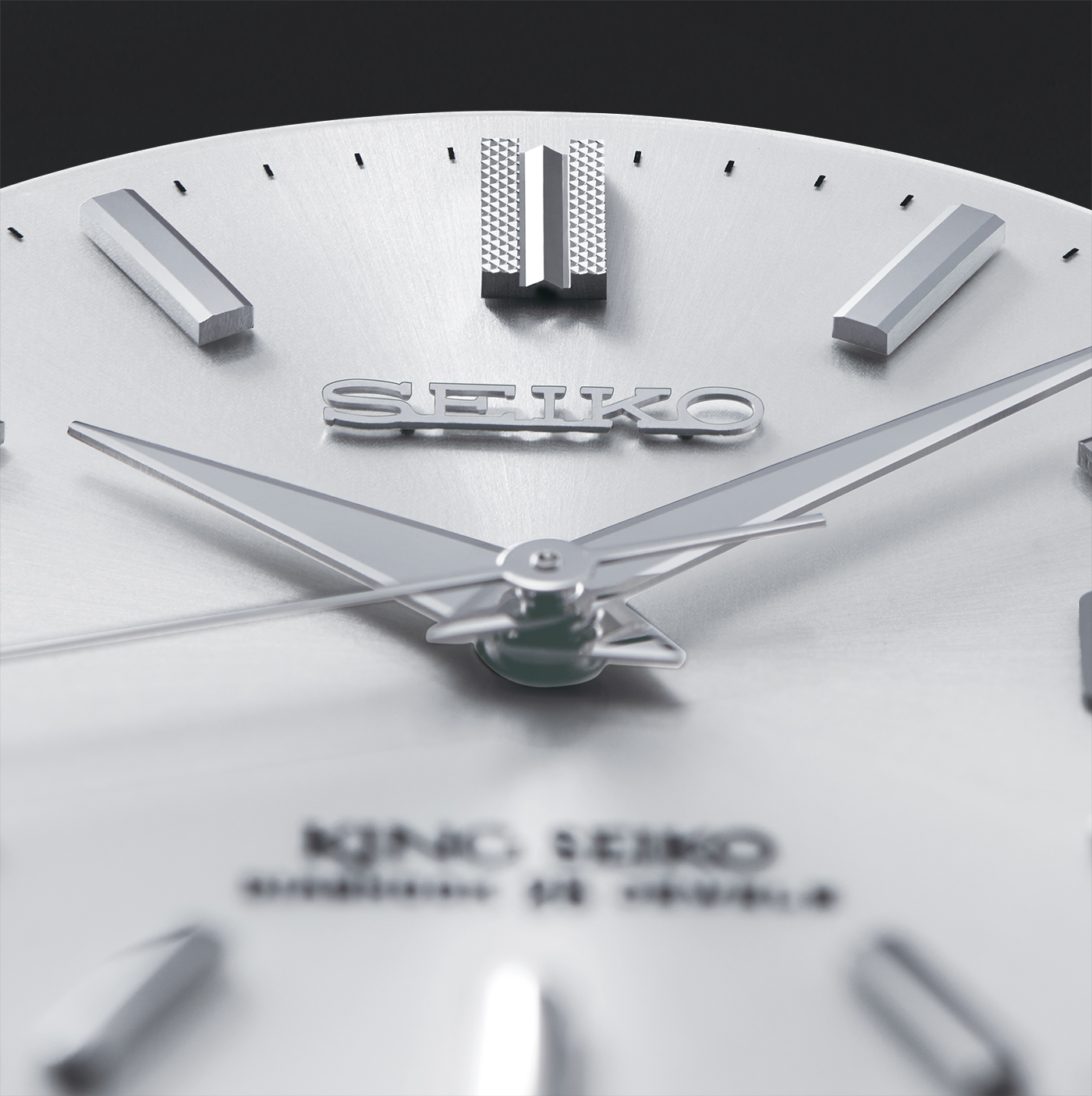 Like the case, the dial of the Seiko 140th Anniversary Limited Edition Re-Creation of King Seiko KSK is dedicated to the design of the 1965 original, with a handful of tweaks for the sake of modernity. The silver sunburst dial surface looks in images to have a soft, satiny quality much like the original, trading flash for a sense of smooth refinement. The sharply polished beveled dauphine hands and matching applied rectangular indices are directly carried over from the original, including the intricately faceted 12 o’clock applied marker which will likely bring a dazzling visual highlight on the wrist. Overall, the dial feels airy and balanced, with two lines of vintage style King Seiko dial text at 6 o’clock visually counterweighting the applied Seiko emblem at 12 o’clock without interfering too much with the dial surface itself. The real point of contention for this dial will likely be the 3 o’clock date window. While the original King Seiko KSK was a no-date model, this new King Seiko KSK makes concessions to the movement within by adding a date, which does disrupt dial symmetry slightly. 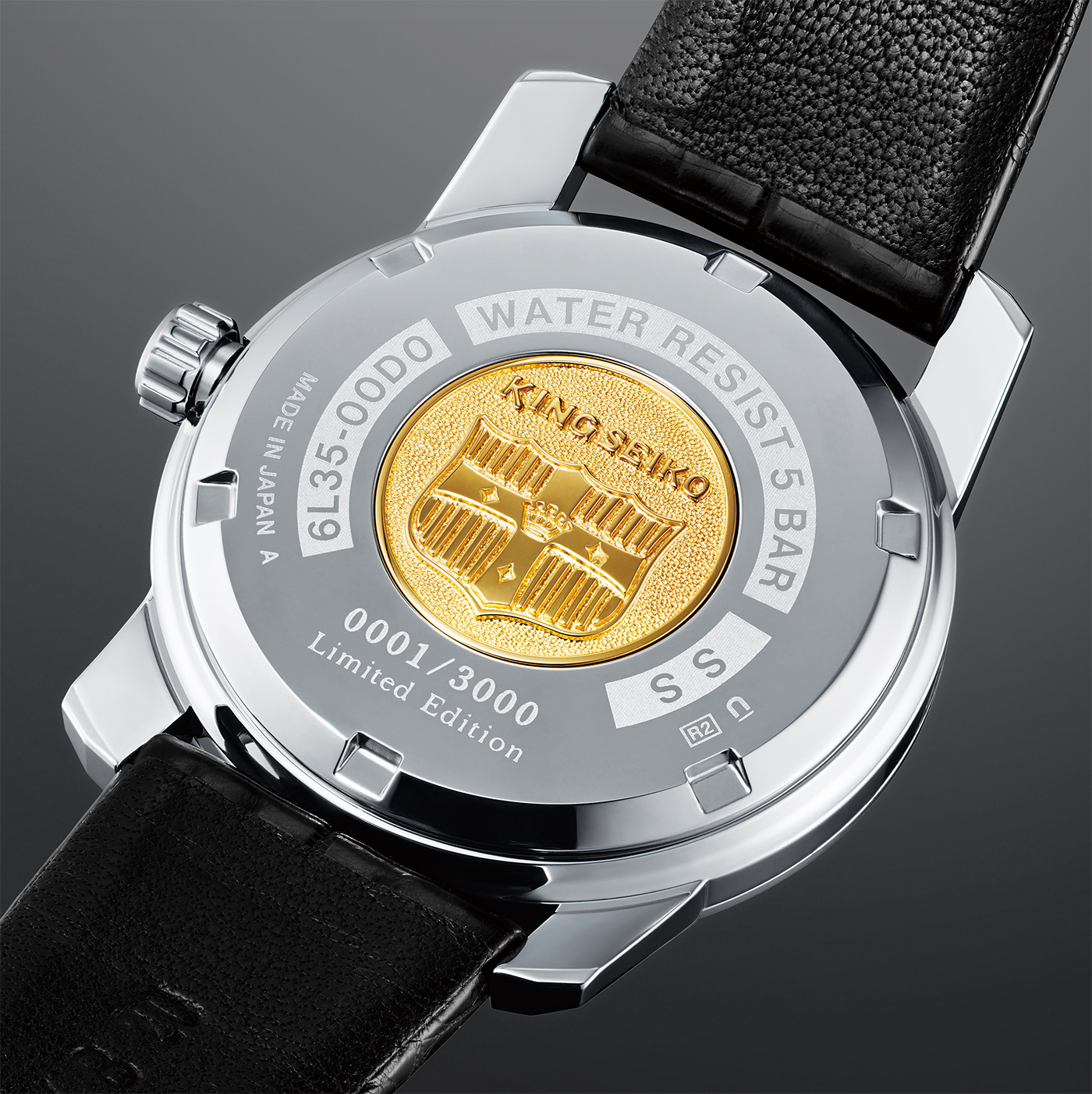 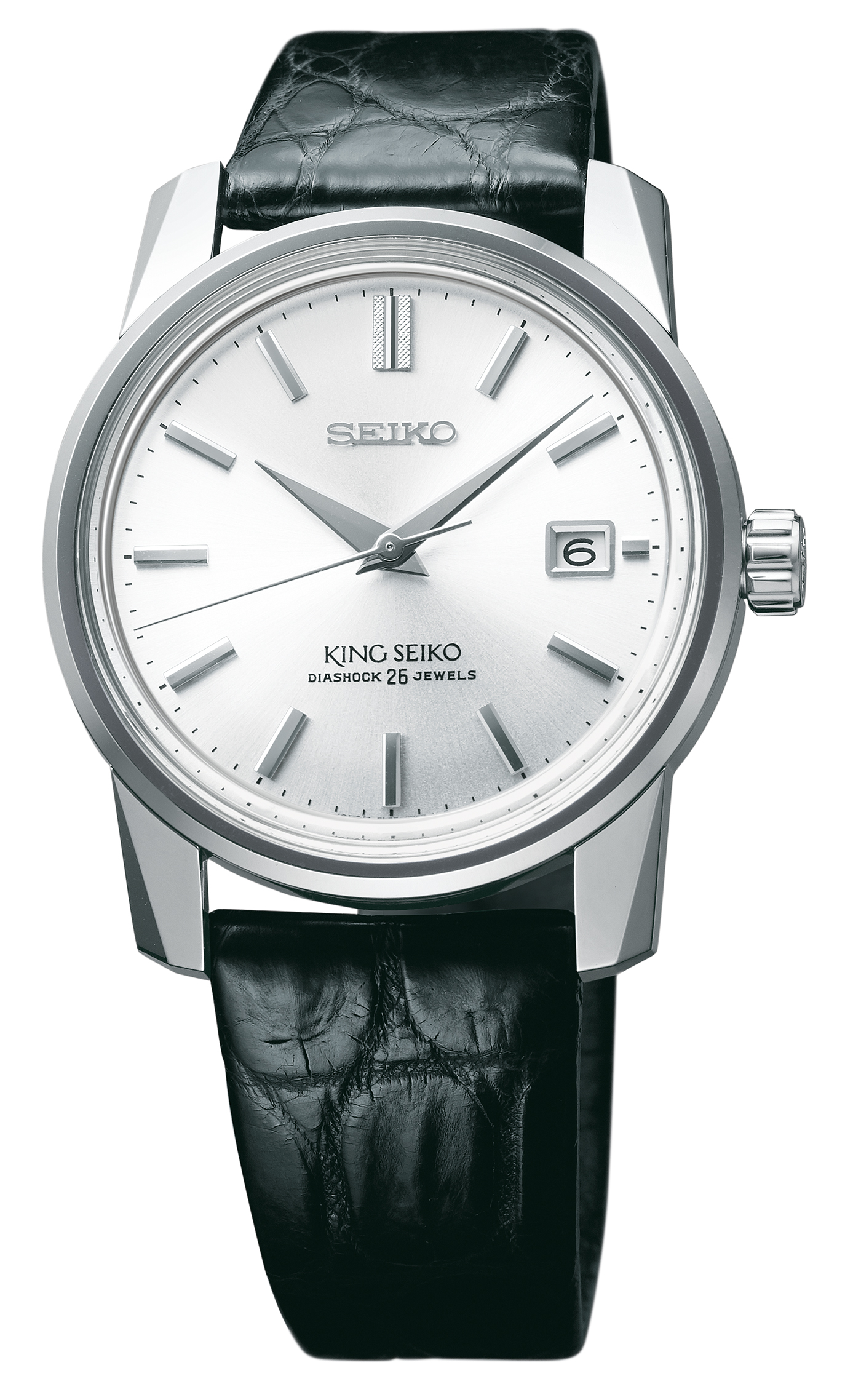