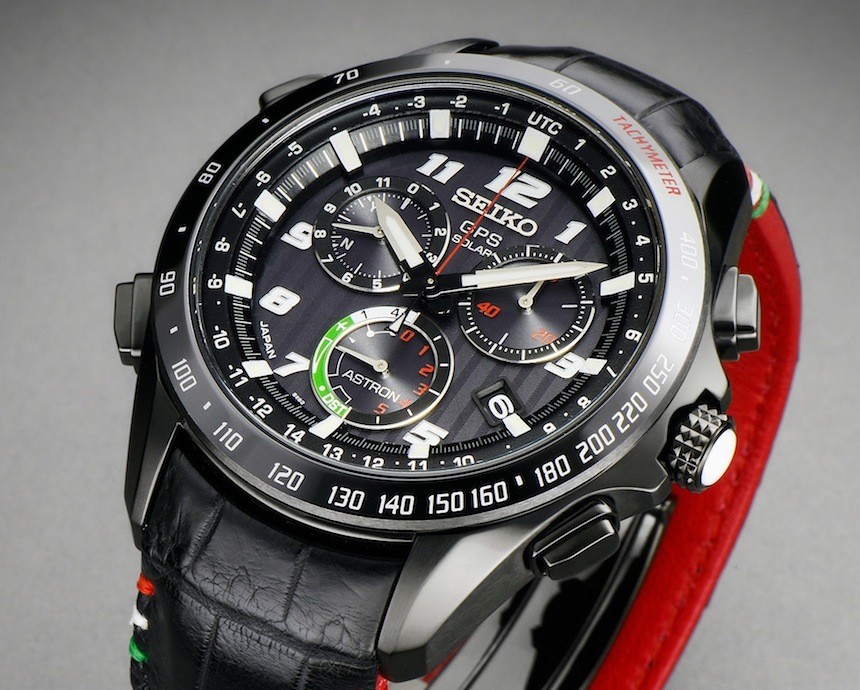 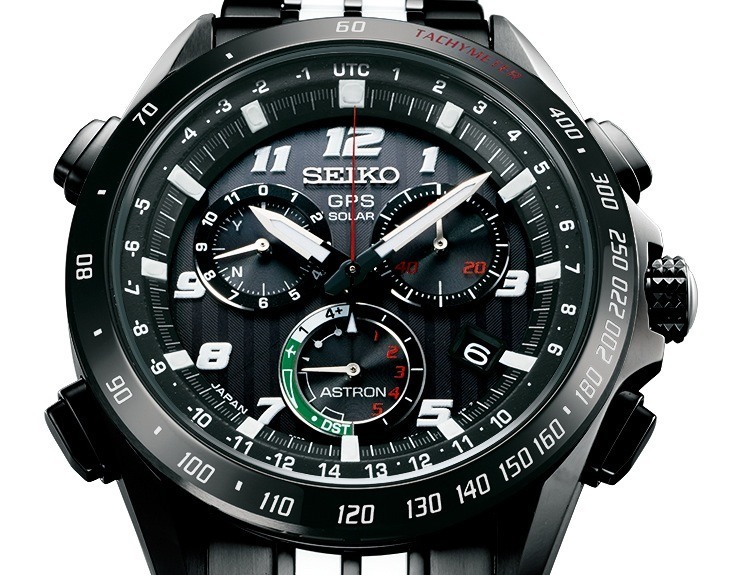 Over the last few years here at aBlogtoWatch, we have been closely covering the interesting developments of not just smart watches, but also of GPS controlled watches. One of the most important models – and in fact trend-setters – is the Astron line by Seiko. We have, of course, covered the original in 2012 (hands-on here), and since then, we have also checked out the new-for-2014 – and quite striking – chronograph version as well (hands-on here). For 2015, along with six new non-limited versions, the chronograph line is extended by the Seiko Astron Solar GPS Chronograph Limited Edition styled by Giugiaro Design. 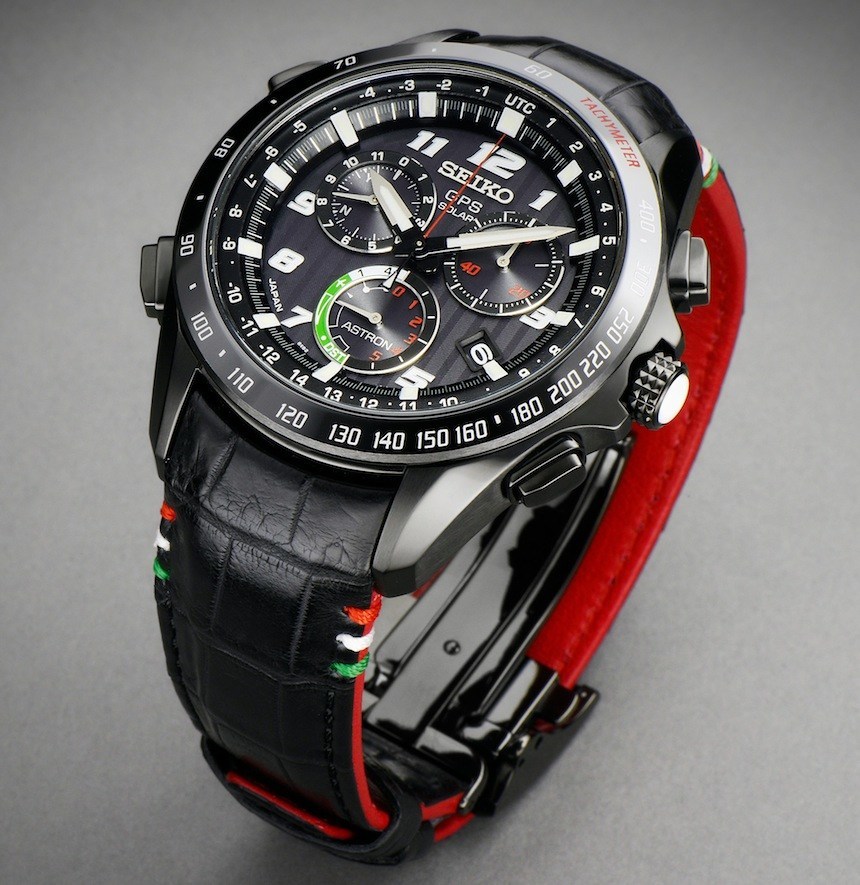 The name Giugiaro Design, or Giorgetto Giugiaro may sound familiar to those with a more extensive interest not just in watches but also in cars: he has designed instantly recognizable and unique cars like the Audi 80, BMW M1, Lancia Delta, Bugatti EB118, along with dozens of others. He is, however, not just a car designer, but also an industrial designer, and as such, he first worked together with Seiko in 1983 on the world’s first analogue quartz chronograph – the models you see below, and the re-release of which we have covered here. 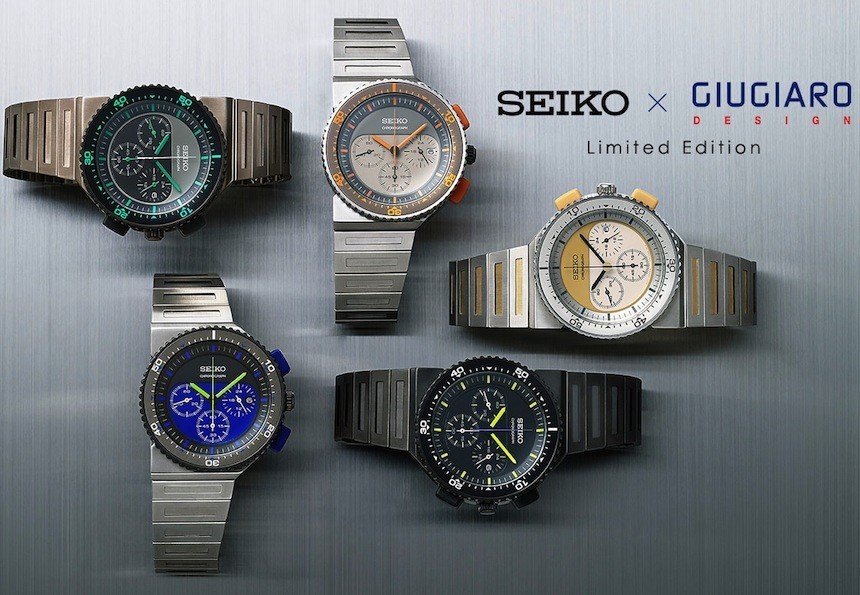 It certainly is fascinating to see how far watch design and technology has come over the last three decades. Among the more important design elements of the Giugiaro limited edition, Seiko notes enhanced legibility thanks to the use of unique typography – all other Astron GPS Chronograph models feature rectangular applied indices – along with what appears to be a color scheme undoubtedly inspired by the Italian Tricolore. The sub-dials and the central seconds hand feature vibrant green and red colors which make the tiny lettering easier to tell apart, while the large, off-white Arabic numerals stand out boldly on the periphery of the dial. 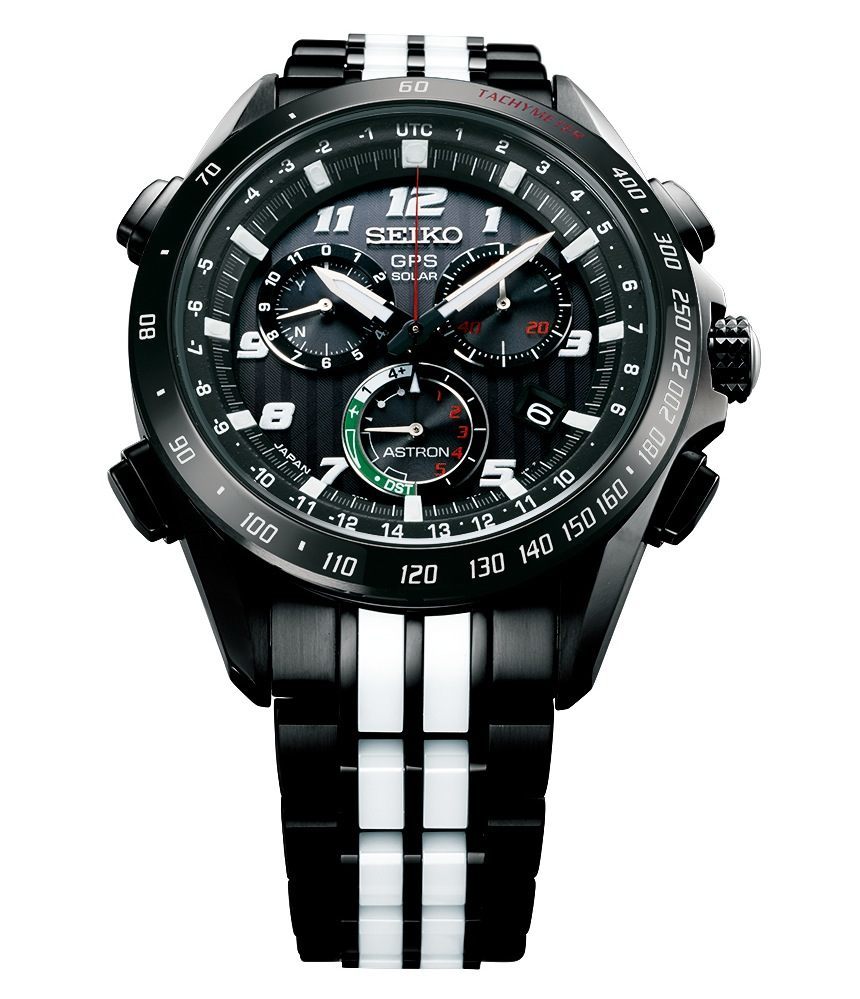 Some may argue that these notable modifications render the Giugiaro limited edition less elegant than the somewhat more restrained, albeit still very “high-tech looking” normal Astron GPS Chronograph models. But overall legibility has certainly been improved, if for no other reason than because of the bold hour markers.

This limited edition of 5,000 pieces will be shipped with both a black crocodile leather strap – with a bright red inner lining and red-white-green stitching – as well as a “black hard coated” titanium bracelet with white ceramic inserts, matching the material and overall look of the 44.6 millimeter-wide case. 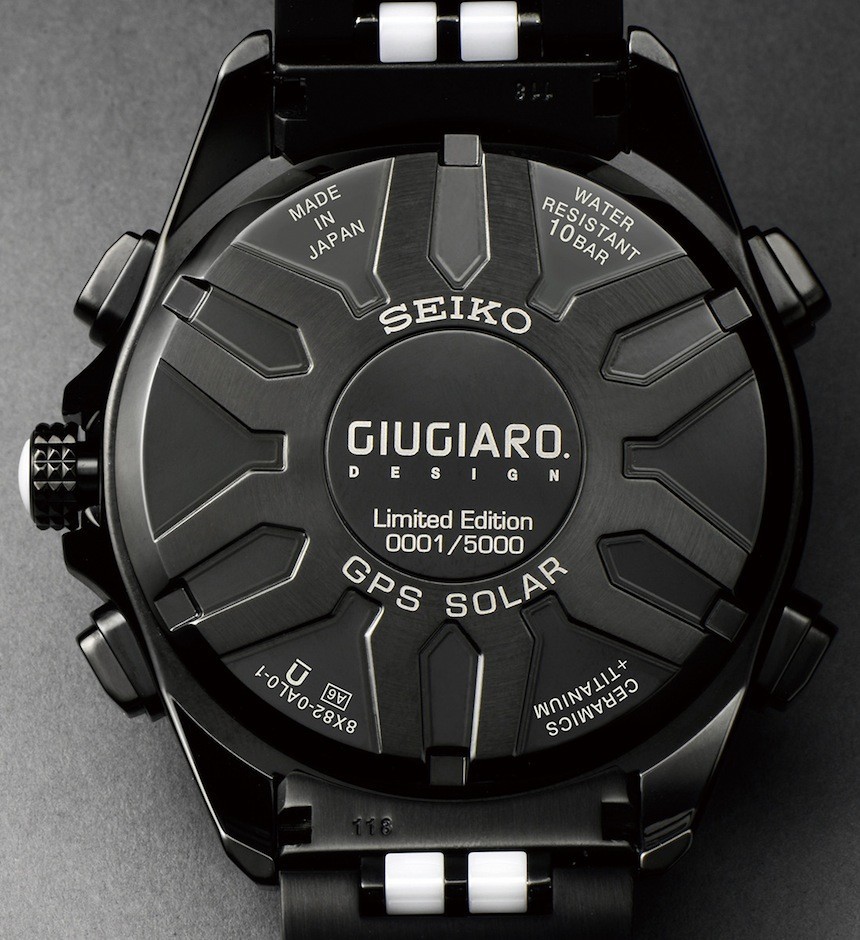 Giugiaro Design has also modified the case back, styling it after the fancy and aggressive, 6-spoke alloys one may see on some Italian supercars. Underneath the ceramic case back and inside the 100-meter water resistant titanium case is the same 8X82 movement that we have seen make its debut in last year’s chronograph, offering a wide array of functions including solar charging through the dial, a perpetual calendar, as well as GPS-syncing to tell the time with atomic clock precision. 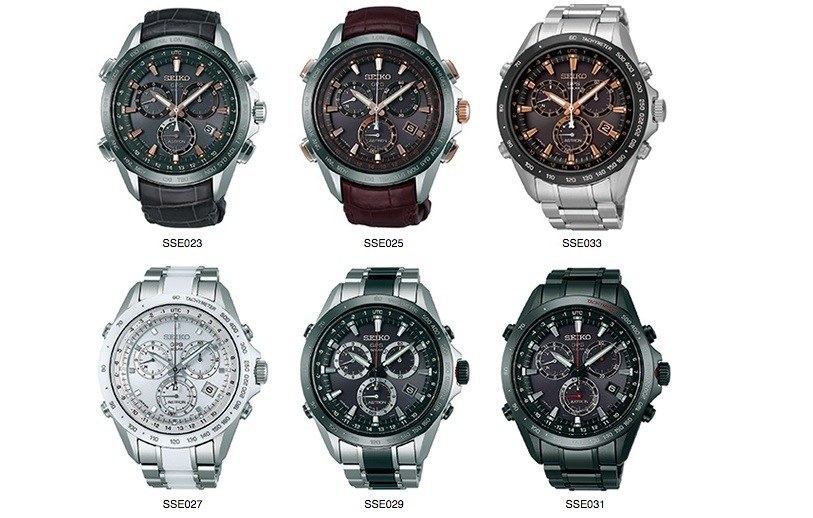 Although not closely linked to this particular model, we will mention here that along with this new limited edition, Seiko has also announced six new, non-limited versions of the Astron Solar GPS Chronograph, as seen on the picture above. Two feature titanium cases with crocodile leather straps, three are in stainless steel with bracelets that feature ceramic inserts, and the last addition is in full stainless steel. This clearly indicates Seiko’s commitment to the Astron technology, as they try to create as many different versions as possible to meet diverse tastes and expectations around the world.

Priced at $3,400, the Seiko Astron Solar GPS Chronograph Limited Edition styled by Giugiaro Design will be available from sometime around June 2015, along with the other six new versions. seikowatches.com