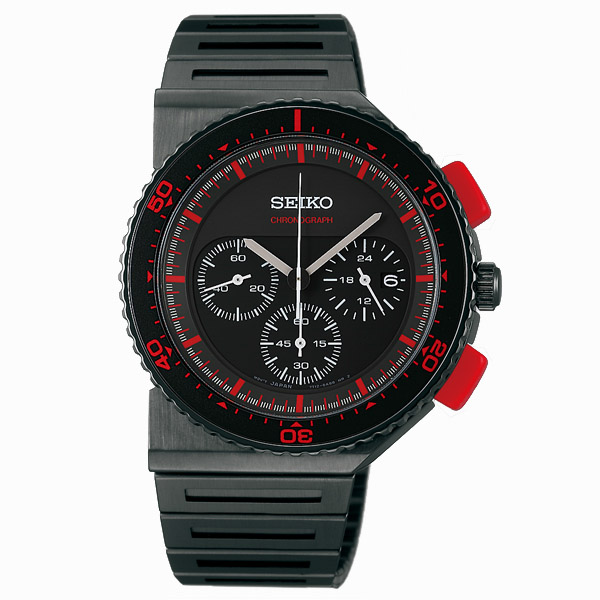 In 1983 Seiko began a design partnership with Italian designer Giorgetto Giugiaro that resulted in the production of a few very interesting pieces in the mid 1980s. For 2013 Seiko has begun a re-issue of these timepieces starting with the first model – the Seiko 7A28 6000. We can’t say for sure, but we have a feeling more 1980s Giugiaro watches are coming. Giugiaro is most well-known for his automotive designs, including that of the famous DeLorean DMC-12, along with literally dozens and dozens of other cars. For the most part, the watches he designed for Seiko are spectacular and highly indicative of what 1980s futuristic design was all about. It was European, it was modern, and it alluded to a future that seemed to be as frightening as it was exciting. Seiko’s Giugiaro watches gained the most fame by being featured in James Cameron’s Aliens movie in 1986. Both Sigourney Weaver’s character Lt. Ripley and Lance Henriksen’s character, the android Bishop, wore Giugiaro designed Seiko watches (different models).

In honor of the 30th anniversary of the partnership with Giugiaro, Seiko has released six limited edition “re-issues” of the original 7A28 6000 watch that Bishop wore in the Aliens movie. In the early 1980s Seiko released a few of these models, but for 2013 Seiko is releasing a few new colors that have never before been produced. The most famous model of course will be the black and red version (today the SCED003). The new watches will be limited to either 500 or 200 pieces depending on the model. 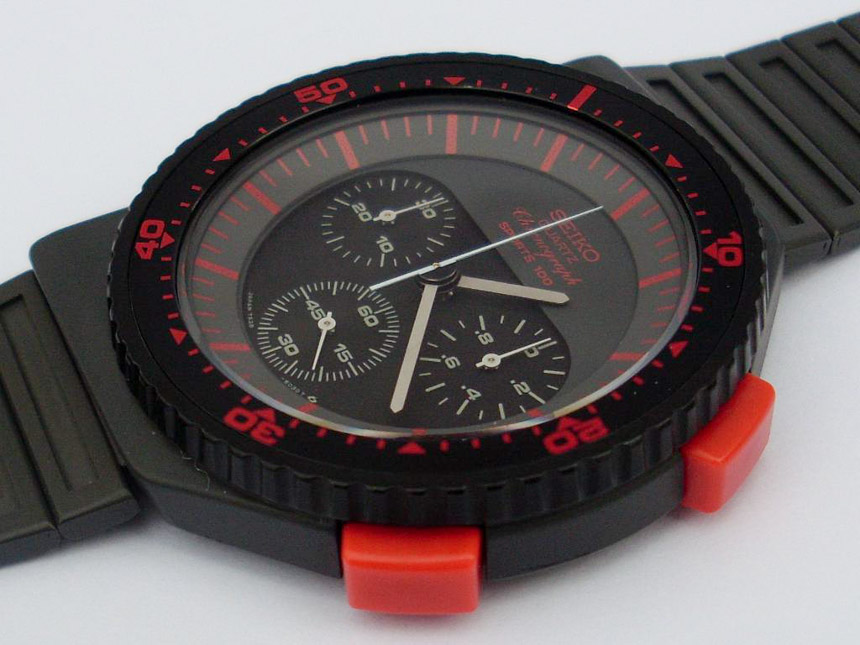 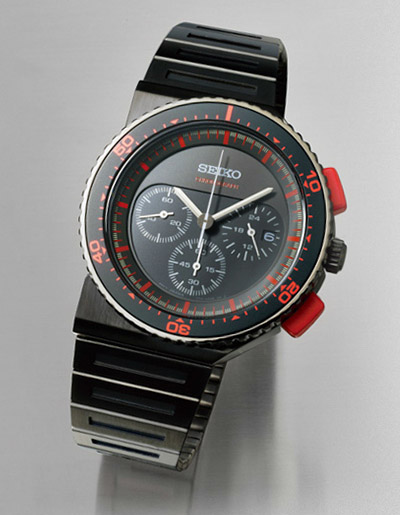 The limited edition collection will be within the Seiko Spirit sub-brand and are technically called the Seiko x Giugiaro 30th Anniversary Spirit Smart watches. Of course they are not exactly the same as the originals, as there are slight design changes, including the precise dimensions of the case as well as the movement. The original for example featured an early 1980s Seiko quartz chronograph movement with a 1/100 of a second dial. The 2013 versions of the watch include one of the newer Seiko quartz movements (the caliber 7T12) with a 60 minute chronograph, synchronized 24 hour hand (AM/PM) indicator, and the date (covertly placed at 3 o’clock). To be honest, the original is a bit more slick looking, but good luck getting one.

Another difference is the placement of the crown. The original had two crowns on the left side of the case and two chronograph pushers on the right side The modern version has a single crown and both pushers on the right, which is to be expected. The most important thing is that thematically, the watches are the same. The design with interesting recessed chronograph counters and asymmetric cases are all there. We even get a return of the colorful plastic chronograph pushers.