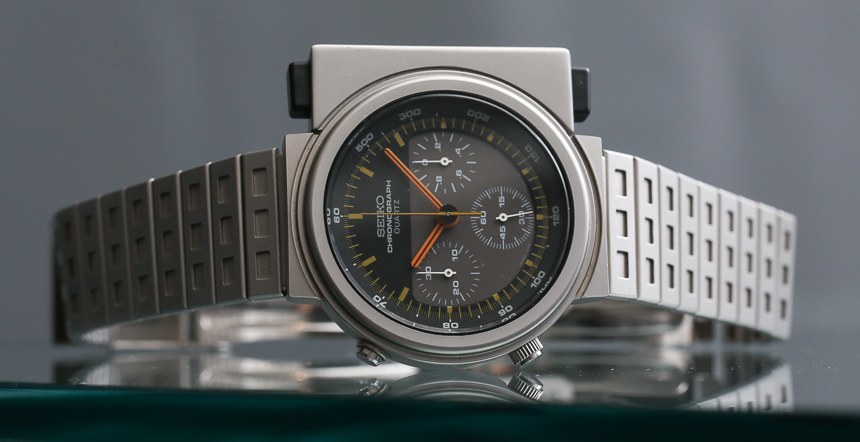 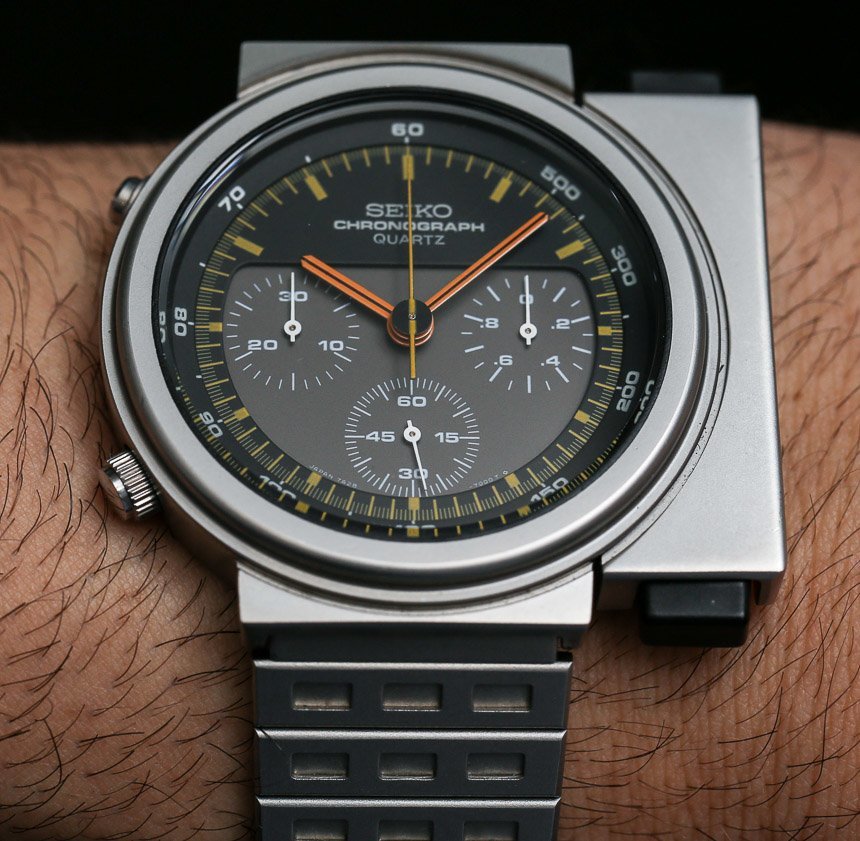 What a coincidence that on the same day I get to put one of my personal grail watches on my wrist, I learn that two “reissue” models are being released as a limited edition. That’s right: Seiko just announced two limited edition “Seiko X Giugiaro Design” watches known as the Seiko Spirit Smart SCED035 and the SCED037 that directly honor the classic 1983 Seiko Chronograph 7A28-7009 and this 7A28-7000 which I got to wear directly from Seiko’s own museum collection. This is one of the first watches Italian car designer Giorgetto Giugiaro designed, and it became famous because James Cameron chose this and other Seiko watches to be worn on most of the cast of his 1986 movie Aliens.

This Seiko Giugiaro 7A28-7000 watch is probably the most famous of all Seiko Giugiaro watches not only because of its unique design, but also because James Cameron (or someone on the crew of Aliens) decided that it should be on the wrist of the main protagonist Ellen Ripley, played by actress Sigourney Weaver – who kicked some serious Xenomorph-alien-ass while wearing one. 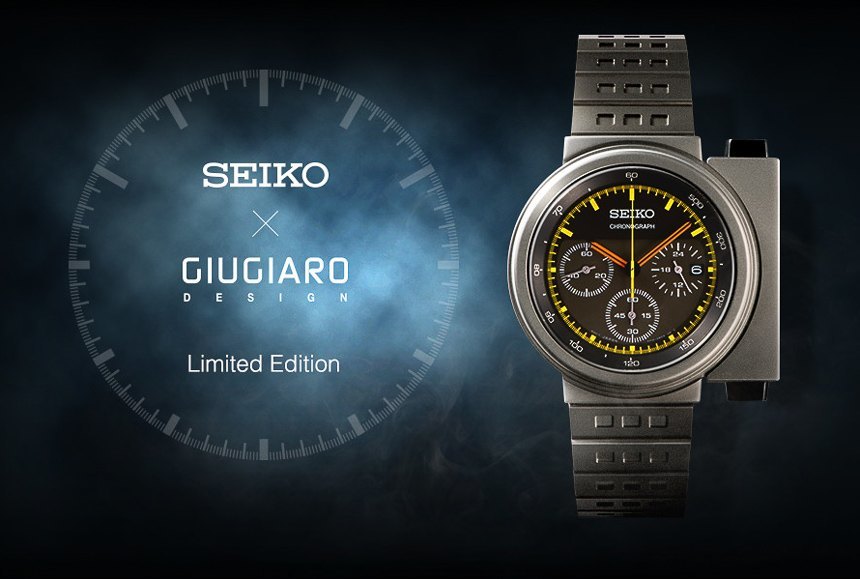 As part of the history of the chronograph, Seiko had a mini exhibit  within the 2015 SalonQP show in London, where they brought over their original automatic chronograph from 1969, as well as this extremely rare 7A28-7000 watch. The reason they had it there is because it contains the coveted Seiko caliber 7A28 which I understand is the first quartz analog chronograph movement – and I wish they made a modern version of it today. You’ll notice that the two limited edition re-issue Seiko X Giugiaro Spirit Smart watches have the more contemporary but not quite as cool Seiko caliber 7T12. The more traditional subdials, minus the date indicator window, as well as the more functional chronograph still seem to make the 7A28 movement more interesting than the 7T12 with its 60-minute versus 12-hour chronograph.

With that said, getting a vintage Seiko watch with a 7A28 movement in it is tough not because of availability, but because so few of them are in good condition. That is because the people who bought them wore the hell out of them. I am once again going to ask Seiko to make a new version of the 7A28. As long as it is in watches priced $500 and below, I am cool with it… Grand Seiko doesn’t need a quartz chronograph just yet. 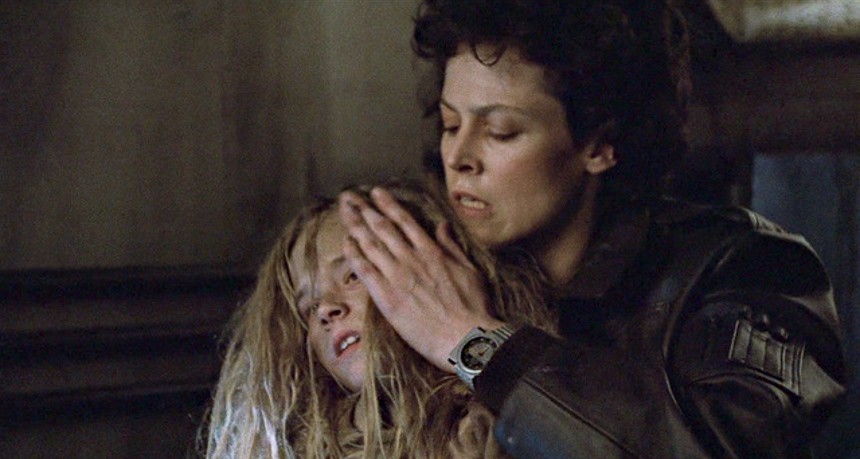 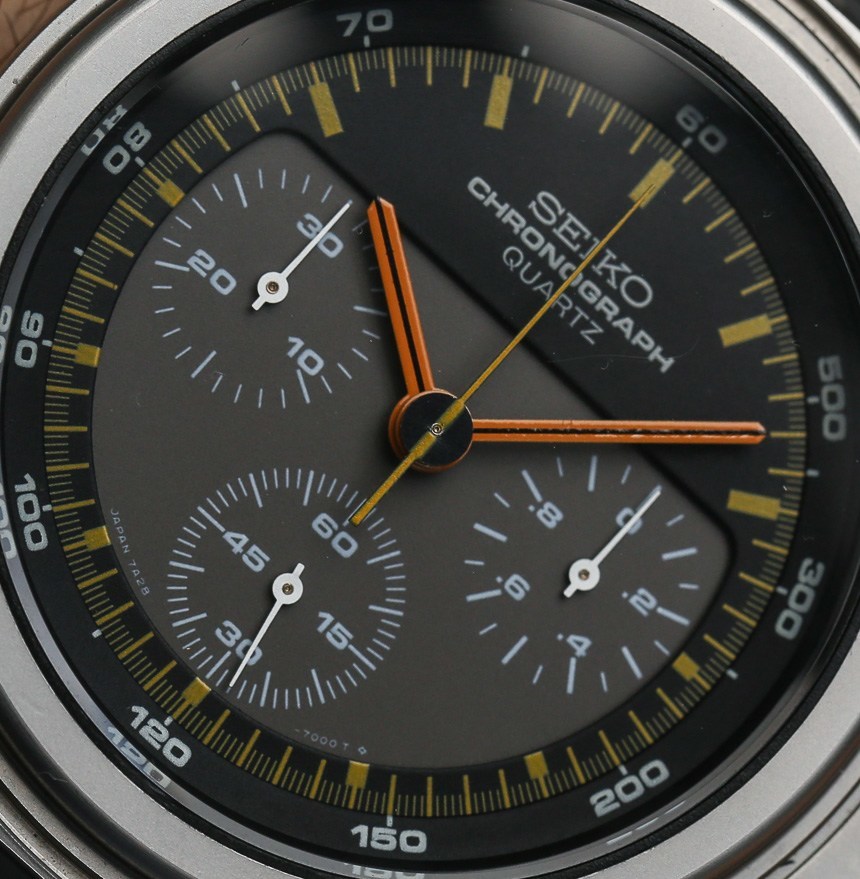 Before I speak about the re-issue of this watch, I want to talk a bit more about wearing it. Of course, this version was in as good condition as one could hope, but it was still an over-30-year-old watch. The design is fantastic, and Seiko, along with Giugiaro, did an excellent job of fully encapsulating the futuristic theme of the era that was industrial, blocky, and verging on dystopian. It feels like an evolution in ergonomics and functionality meant for a stylized industrial environment versus anything else. The design was probably closely connected to the idea in the late 1970s and early 1980s with the then-popular science fiction that many people believed the future meant living on massive spacecrafts or space stations far away from earth, and that most people’s jobs would be in maintaining or running such engineering feats.

Weaver’s Ripley character lives in just such a fantasy science fiction world with the added military component, so this watch gets a macho (yes, Weaver pulled off macho) as well as utilitarian side to its personality. I was actually pretty sure that it was only a matter of time before Seiko released a limited edition re-issue because not only have they been doing just that, but recently, they debuted the first limited edition “Seiko X Giugiaro Design” watch collection honoring the Seiko “Bishop” 7A28-6000 watch. It was only a matter of time before the Seiko 7A28-7000 got the same limited edition treatment. 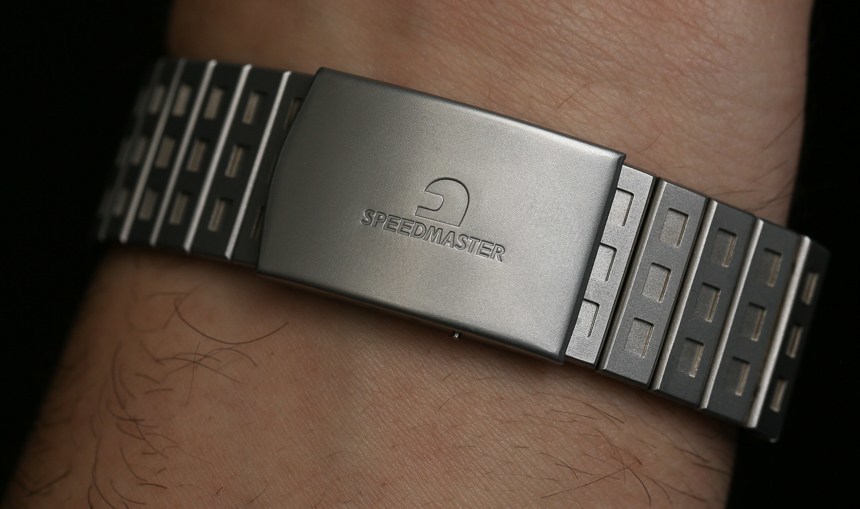 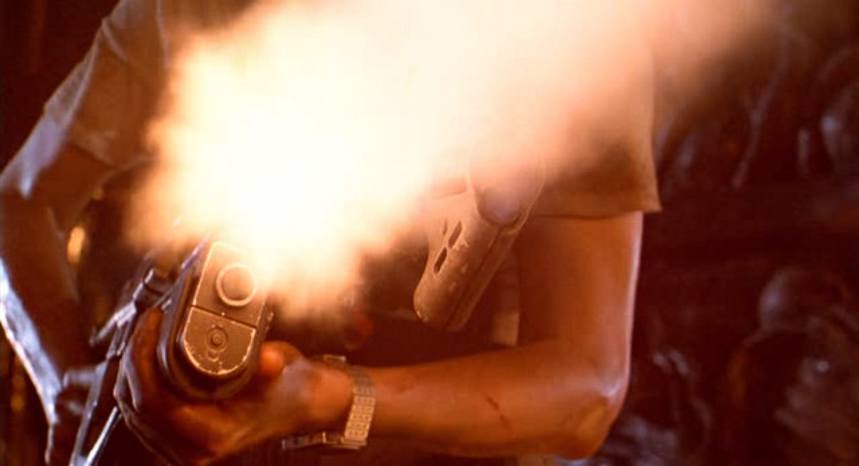 The original Seiko 7A28-7000 watch went by a few names in addition to its reference number. On the watch is actually written “Speedmaster,” which today, I believe Omega would have an issue with. Sometimes, the watch was also known as the Seiko Chronograph Sport 100. The caseback has a small waves logo which looks like Seiko dive watch logos, even though the Seiko 7A28-7000 was clearly not a diver. On the wrist, the matte light gray aluminum and steel case is cool-looking but, of course, highly avant-garde. It feels large for a period timepiece but isn’t too large at all by today’s standards. Of course, you have the unique “up-down” chronograph pusher and an additional pusher, as well as the crown for the watch on its left-side.

I don’t know the precise dimensions of this original Ripley watch, but the reissue Seiko X Giugiaro Spirit Smart SCED035 and SCED037 models are 41.8mm tall and 42.2mm wide. It doesn’t look that square, does it? Thickness is 10.8mm, and the original was rather light as well. I love the bracelet design and other little design details such as the “happy face” section of the dial for the subsidiary dials and super cool design of the orange hands with the black line running through them. Colors are just spot-on “cool sports car” for the era – which made sense because Giugiaro was mostly a car designer.