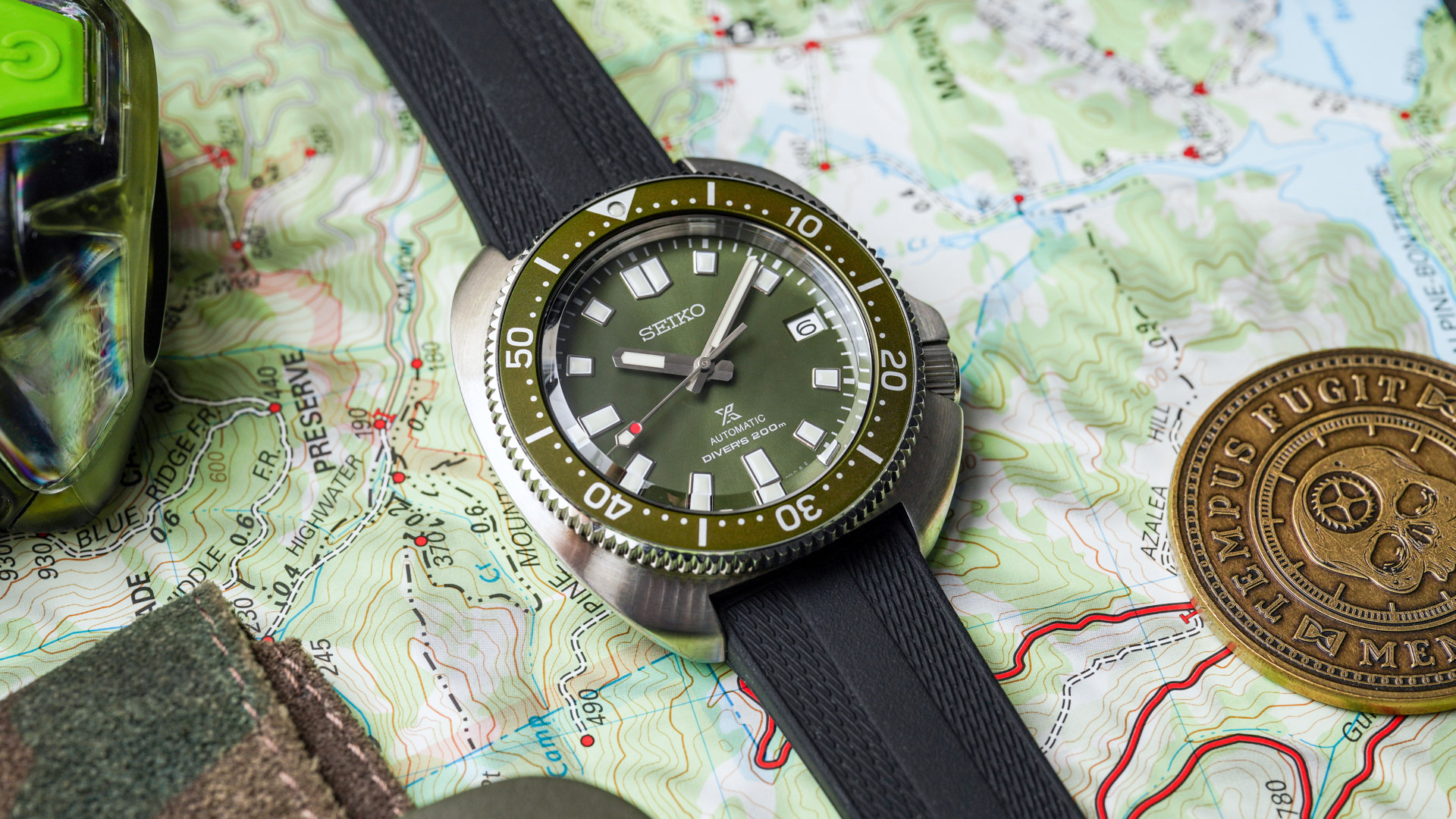 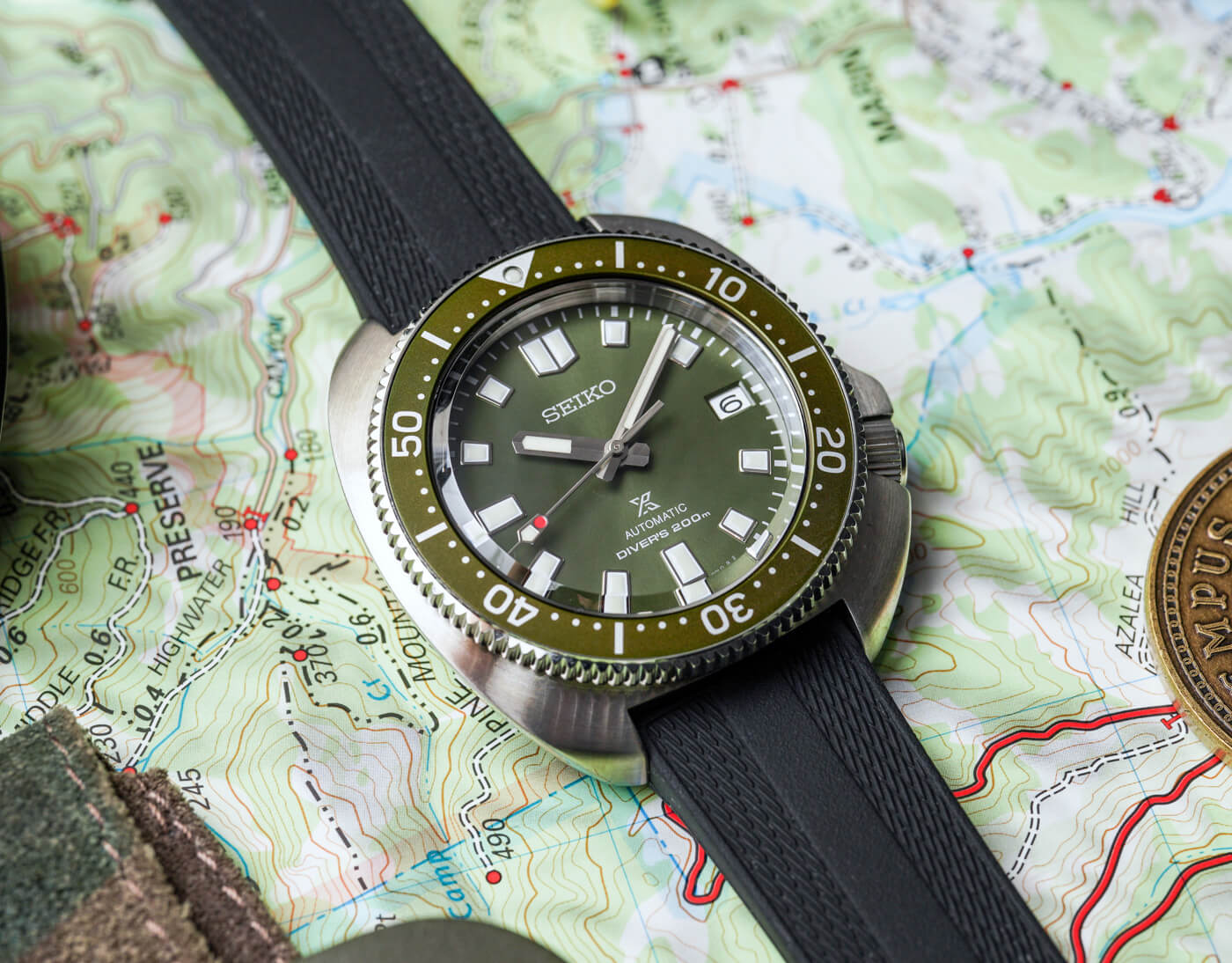 Blue might be the official color of 2020, but it’s green that is continuing to have its moment. From deep shades of emerald and jade to the more classic tones found in Hunter, Kelly, or British racing green, there’s certainly no current shortage of excellent choices available to collectors. One of those choices is now a new green dial on the Seiko Prospex ref. SPB153 dive watch — a reference I’d argue Martin Sheen’s character “Captain Willard” in Apocalypse Now actually would have chosen, had it been available in 1979. Instead, he wore a black dialed 6105 – which is also represented in the new reference SPB151. But c’mon. With just a hint of sunburst, this particular shade of green is excellent and about as close a wristwatch equivalent to an olive drab M-65 jacket as I think I’ve ever seen. And starting right around 1000 bucks, it’s quite possible that you’re looking at the watch of the summer. 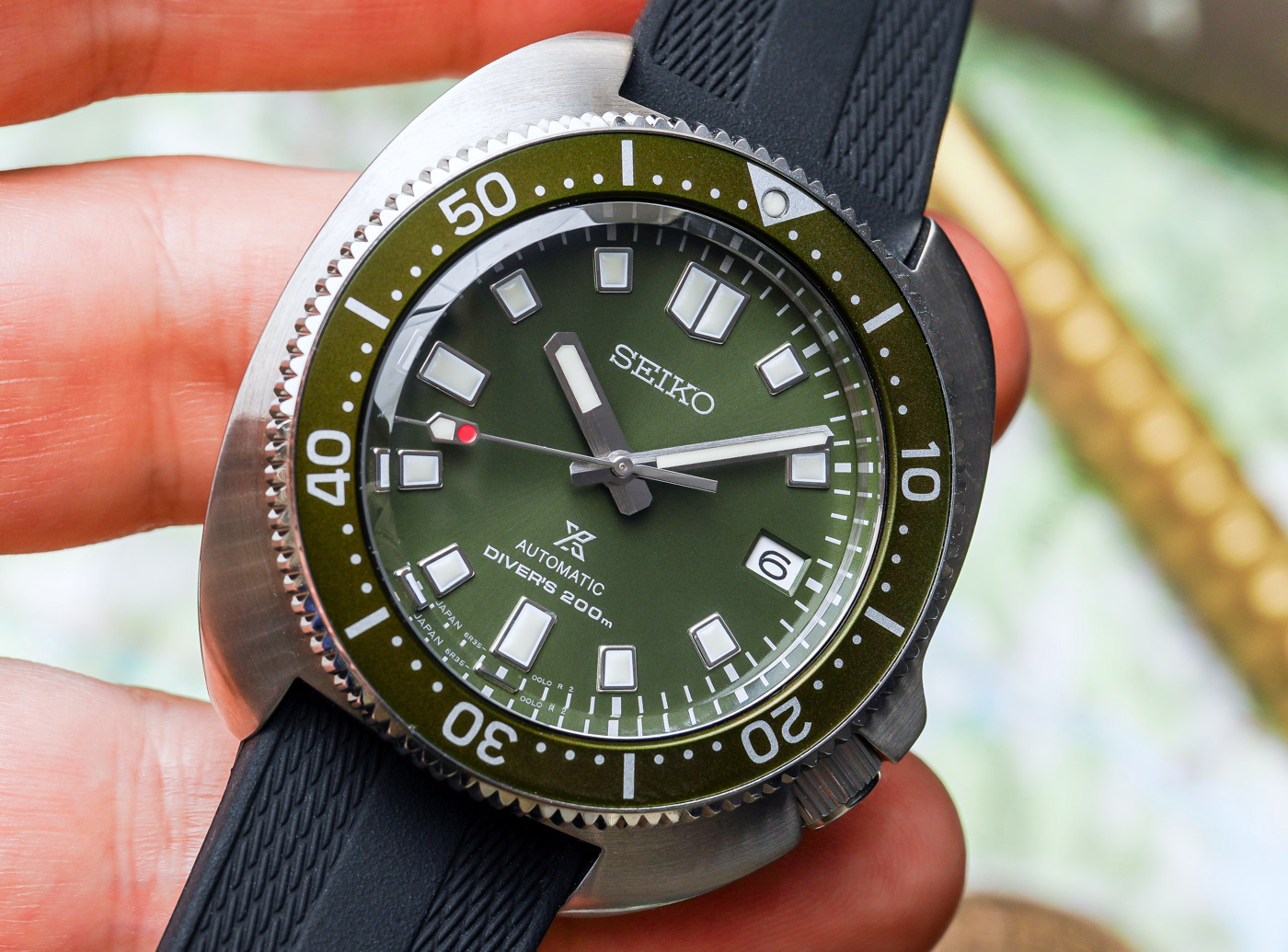 Differing from SLA033 — 2019’s shot-for-shot re-issue of the 44mm original, the new 2020 Prospex “Captain Willard” edition is built around a 42.7mm case, which measures a scant 46mm lug-to-lug and tops out at 15mm thick at the terminus of the domed sapphire crystal. Though the overall case footprint in width and thickness has been decreased from the original, the lug width itself has actually been widened to 20mm, which balances out the case stance on the wrist and should be welcome news to anyone with a drawer full of the more common sizes found on aftermarket rubber or NATO straps. 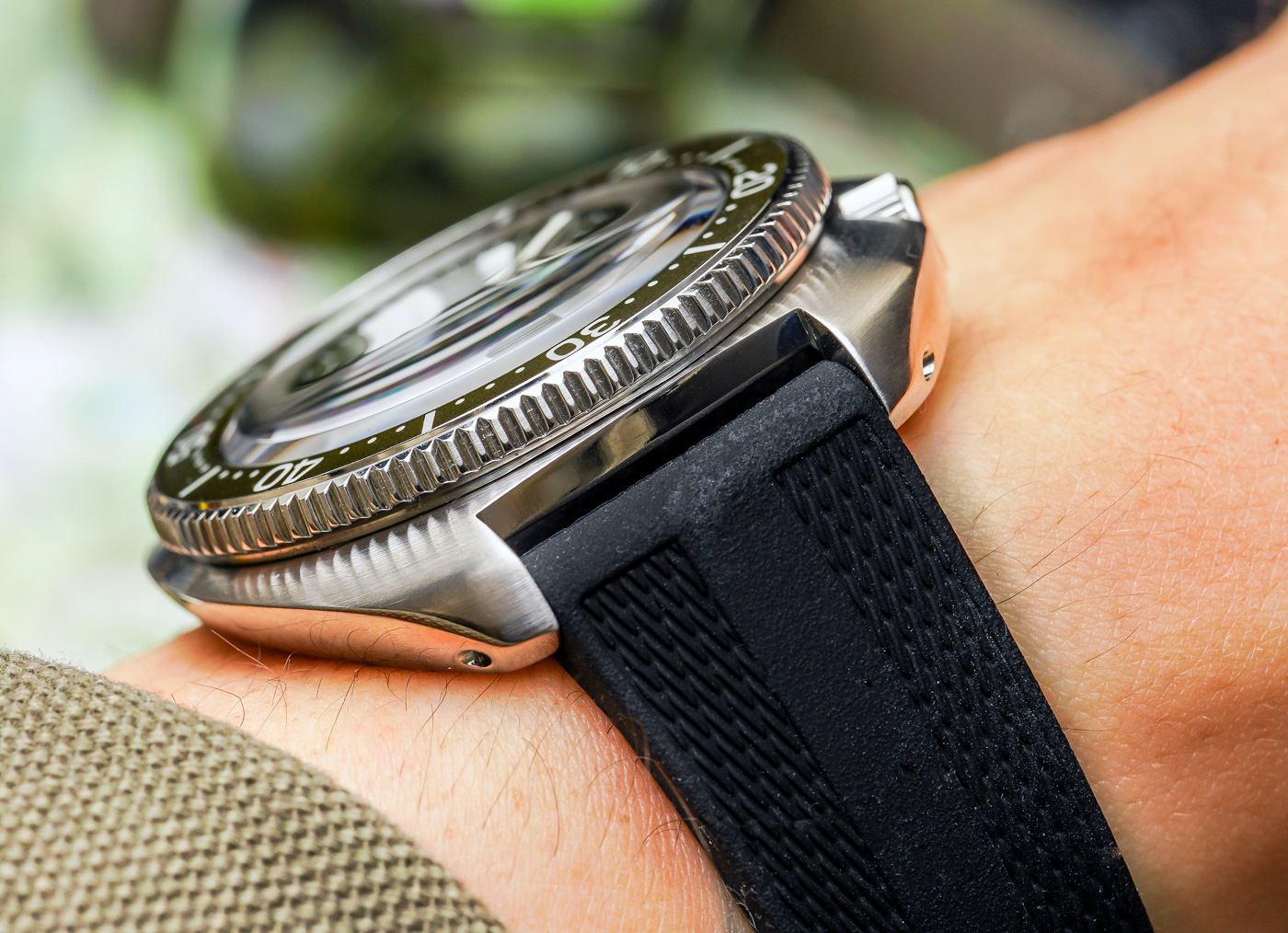 Has a brand ever made a modern re-issue that was smaller than its source material? If that’s not a clear indicator that Seiko is actually listening intently to voices in the collector community, I don’t know what is. But if you need more proof, you’ll also note that sapphire crystals are now the norm at this price point, along with dramatically improved dial quality, a tight bezel that rotates smoothly across each of its 120 detents, and a bracelet with machined – not stamped – parts. Anyone who’s ever balked over such nitpicks that might have characterized some of Seiko’s mid-tier affordables owes this collection a second look — especially these two references, in particular, which very much feel like the Seiko Prospex watches in this tier are back on the top of the value proposition throne. 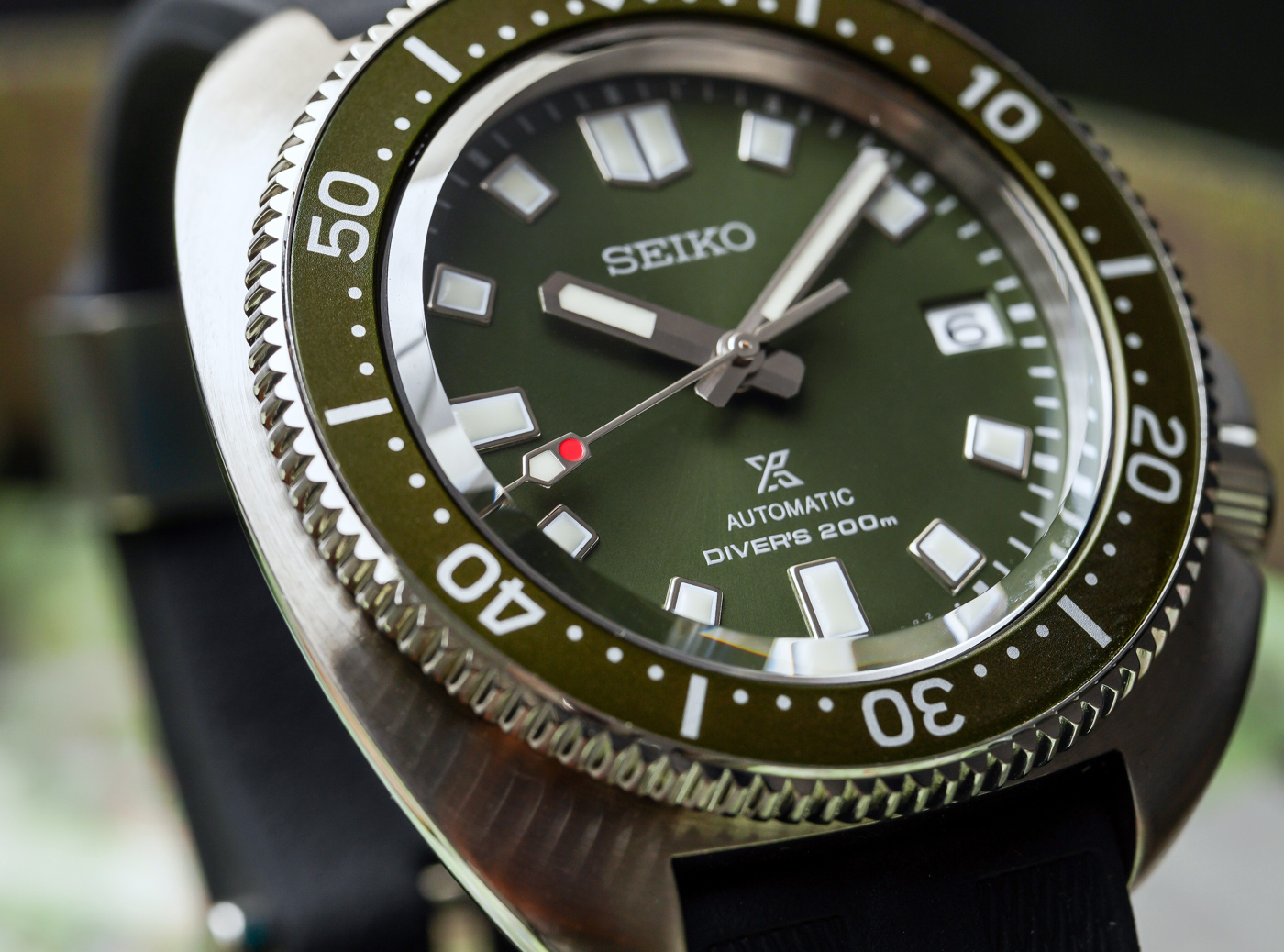 Unlike 2019’s SLA033 (which was priced at $4,250 and limited to 2,500 pieces), the new Willard variants wisely aren’t limited, and they skip some of the specific aesthetic details and more luxurious embellishments that characterized the aforementioned — namely the Zaratsu polishing (a hand-finished hallmark of Grand Seiko and some of Seiko’s premium Prospex watches) and the higher-end 8L35 movement, which is Seiko’s most premium automatic movement before you get into Grand Seiko territory. That’s not to say the movement in the new Willard is a slouch — inside we’ve got Seiko’s updated cal. 6R35, which is a 3 Hz automatic and a welcome upgrade to the long-running 6R15, improving the power reserve to 70 hours without changing the beat rate. Eagle-eyed collectors might notice another nice update: the hour and minute hands are now beveled down the center and terminate with a sharp point at each end. Furthermore, the green-dialed SPB153 gets a brushed handset, while the black-dialed SPB151 features a polished handset that’s a little more dynamic in the right light. But the rest of the classic “Willard” visual signatures are present and accounted for here — from the case shape and crown position right down to the “traffic light” sweeping seconds hand. 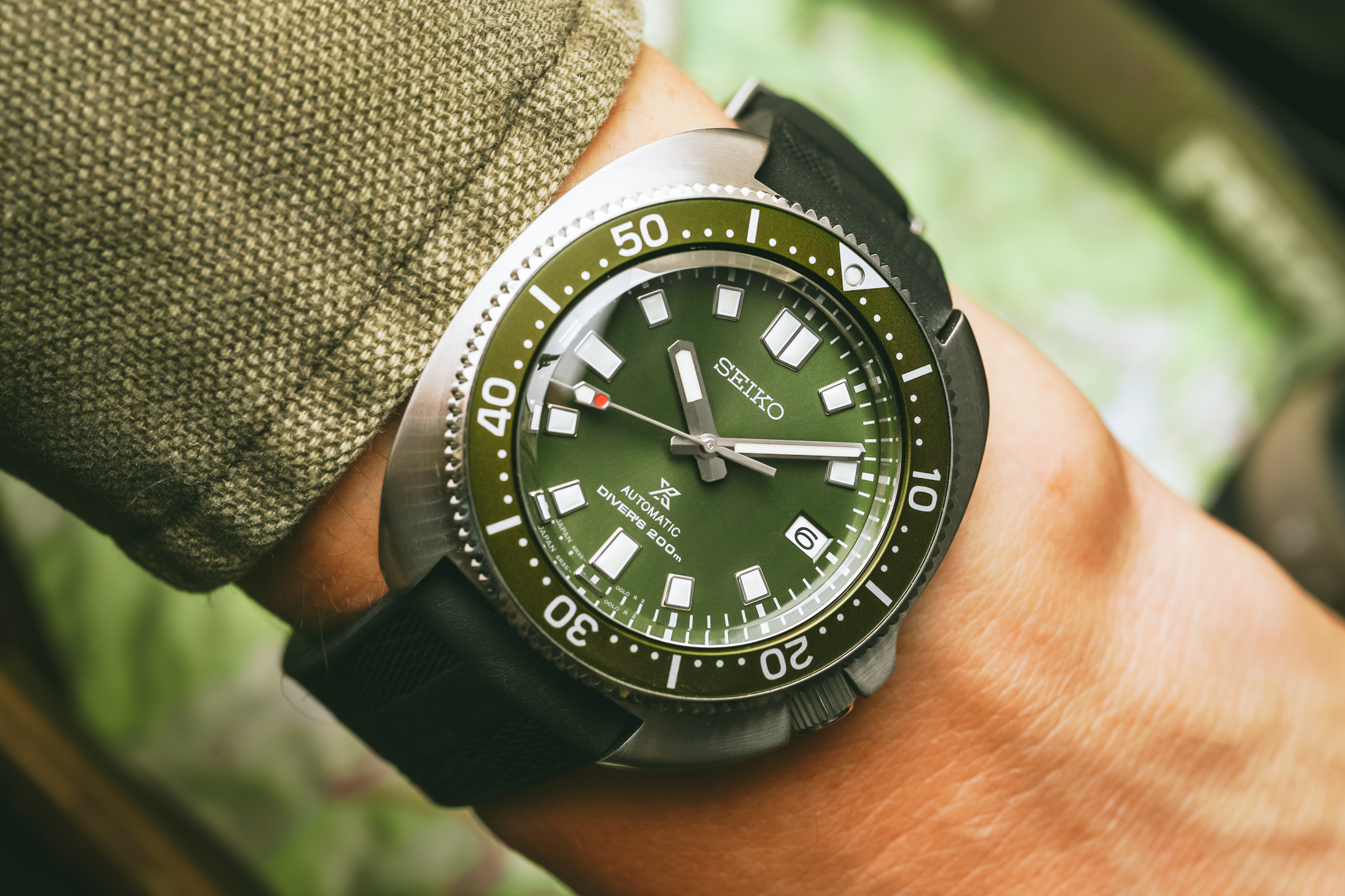 Measuring 44mm, then 45mm, the original and 2019’s re-issue Willards were both surprisingly large watches, relative to their respective times. This is probably what makes the 2020 Willard so compelling, as the reduction in size actually makes it feel more authentic and in line with the sizing trends in the mid-seventies than the actual 6105 worn by Sheen in the Francis Ford Coppola war epic. One of the reasons that the original 6105 “Willard” has likely retained its popularity with vintage collectors, though, is that its large (for the time) size has helped it ease quite gracefully into modern sizing trends. It also doesn’t hurt that it’s amongst the most recognizable dive watches ever made (bearing signatures that would be later passed down to other Seiko favorites, like the SKX007) and is arguably the most culturally significant Seiko sports watch in the brand’s perennially deep catalog. 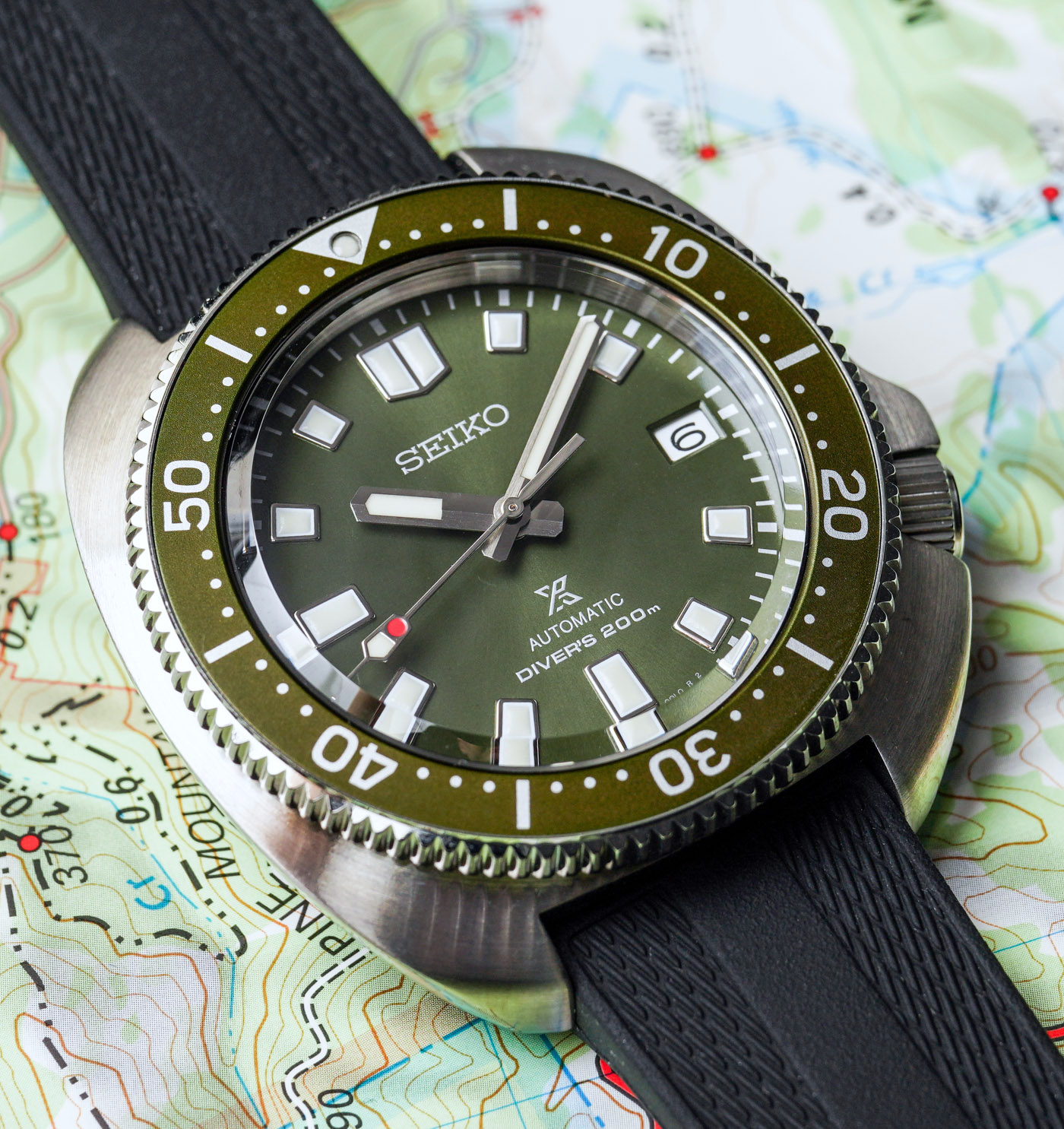 The 6105’s path to icon status might have begun on the shelves of military base PX stores in the late sixties and seventies, before being put to the test in the wet jungle environments of Vietnam, but interestingly enough, the 6105’s inclusion in Apocalypse Now was a bit of an anachronism. In the film, Sheen wears a 6105 in its most familiar configuration (the same configuration popularized in Japan by Japanese polar explorer Naomi Uemura): the asymmetrical tonneau style case and crown tucked in at 4 o’clock, which actually wasn’t yet produced during the specific period represented in the film. But none of that really matters. What does matter is that one of the world’s best-known dive watches, and a reference immortalized by a key character in one of the greatest American films of all time, has been faithfully updated for a discerning modern audience, where it’s more detailed, more affordable, more wearable, and most importantly, not limited. 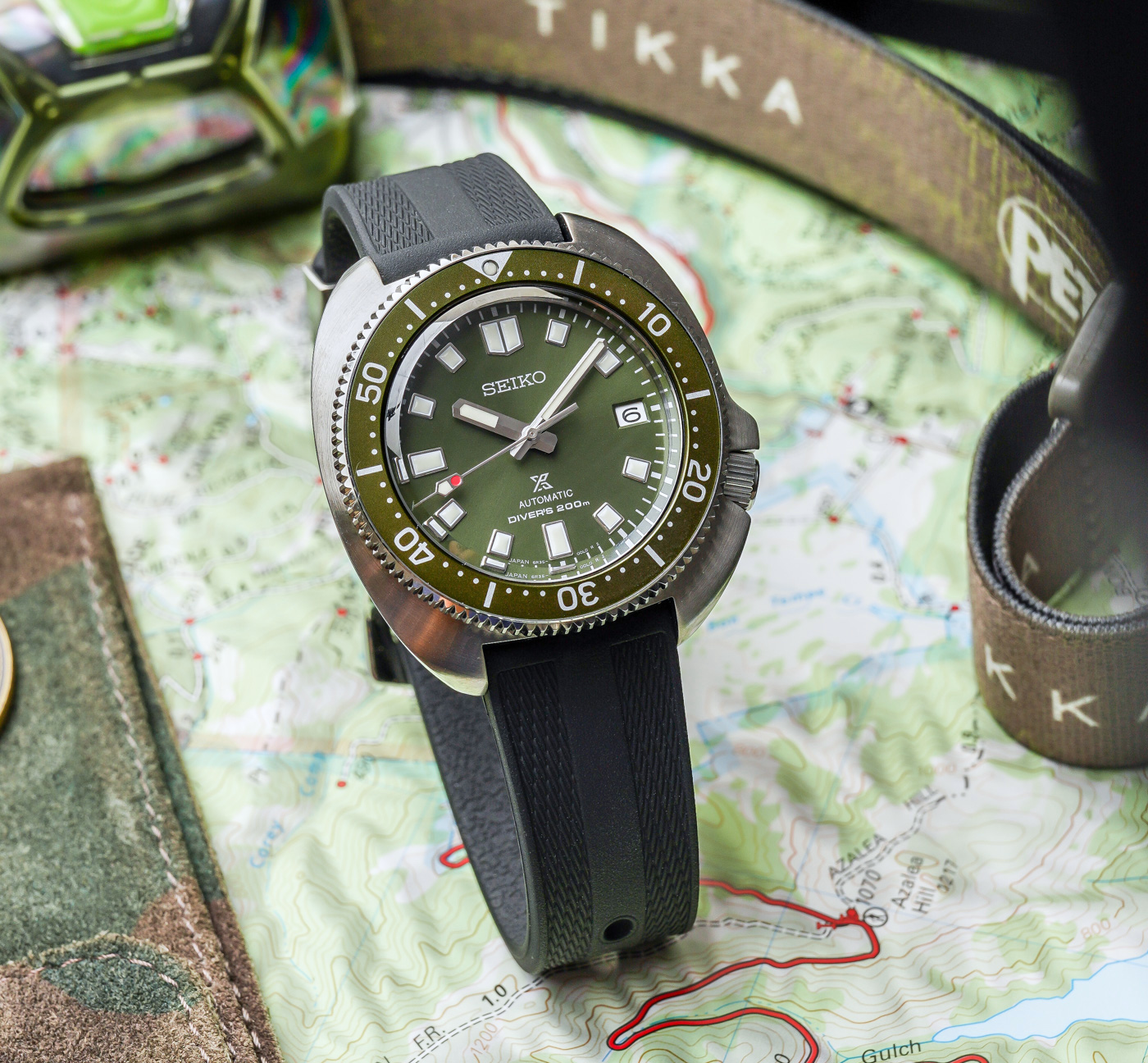