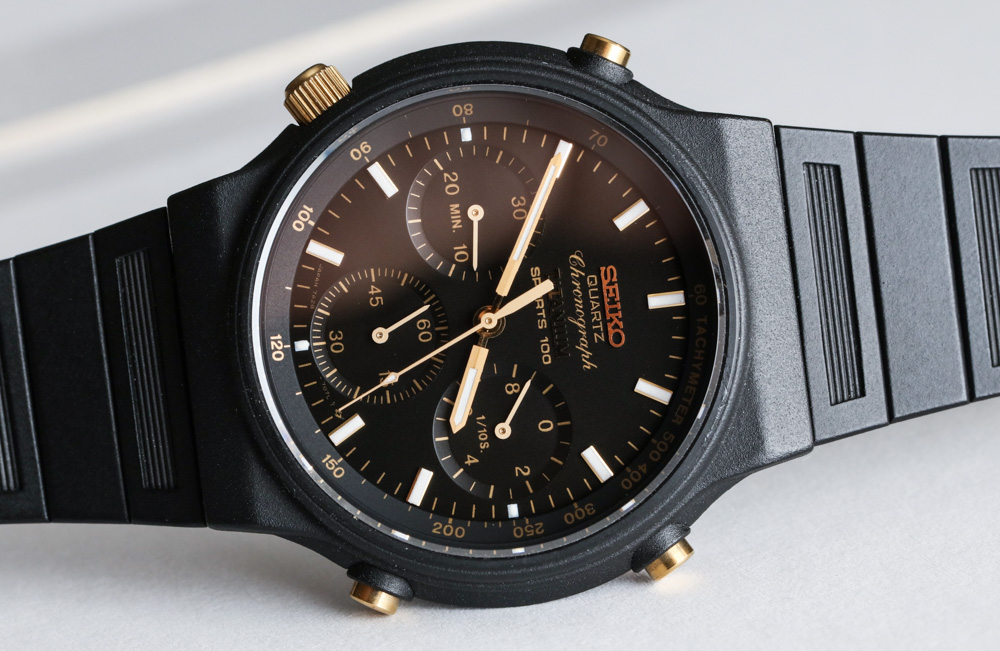 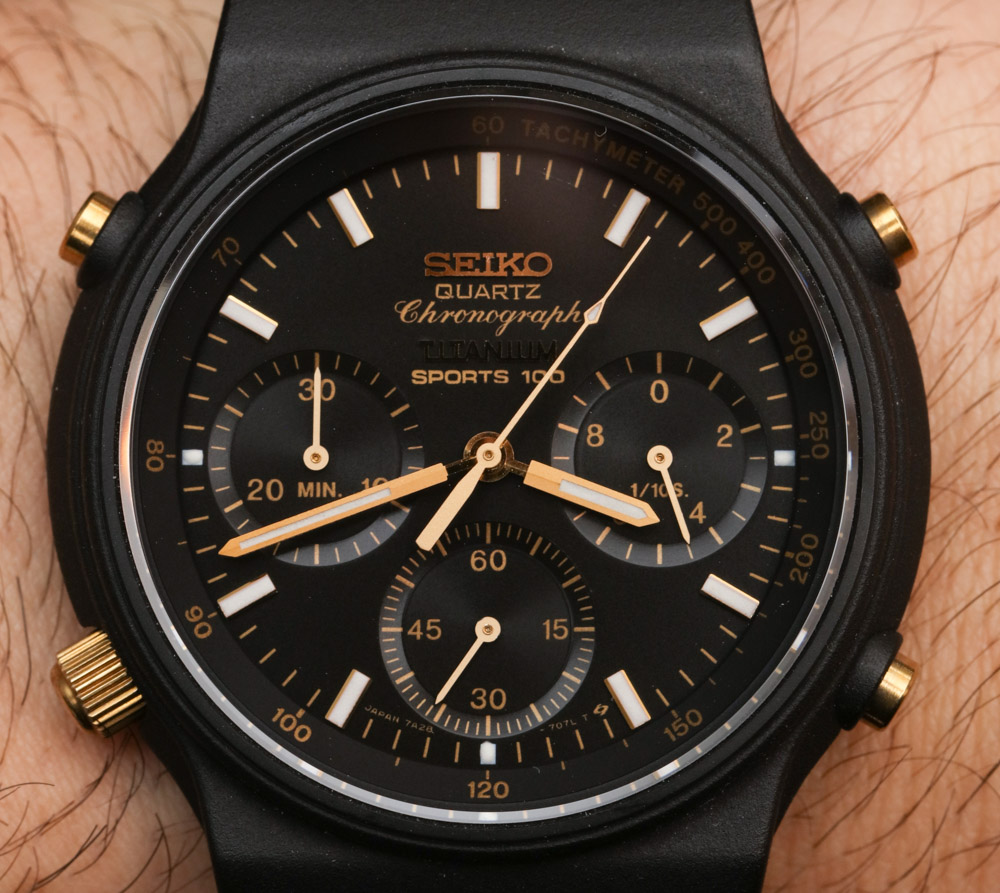 People who know me are aware that I’m not much of a vintage watch guy. Though, in my increasing maturity, I do find myself interested in older watches that interest me. I’ve come to find that I employ a sort of rule when it comes to vintage timepieces that I am keen on. For the most part, I am only interested in older watches that came out during my lifetime, and that of course have aesthetic elements and stories that I value. One such watch is the Seiko Sports 100 7A28, which during its roughly 10 year production run was released in about 40 different versions. Keen on owning one for a long time, my dream (more like a box I needed to check) came true a few months ago with most of the thanks going to good ol’ eBay. 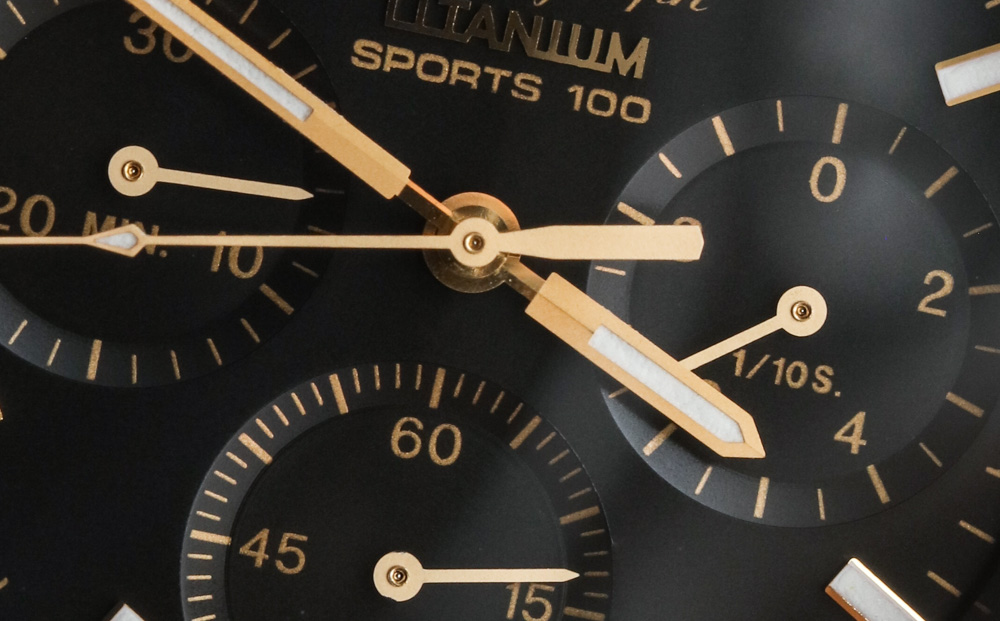 The Seiko 7A28 isn’t a particular watch, but is actually a movement. Though watches with the caliber 7A28 movement had the name of the movement in the name of the watch – even though they had other reference names as well. For example the particular model I got is known as the Seiko 7A28-7060 as well as the Seiko SPR025J1 – and apparently it is incredibly rare (as well as really cool).

Let me first explain the technical appeal of the 7A28. This is important because outside of being featured in many seriously iconic 1980s futuristic watches, the 7A28 movement was sort of a big deal. More so, Seiko doesn’t even produce anything like it anymore. The 7A28 movement was the world’s first quartz analog chronograph movement – brought to you by the same company that first released an analog quartz watch in 1969 with the original Seiko Astron. 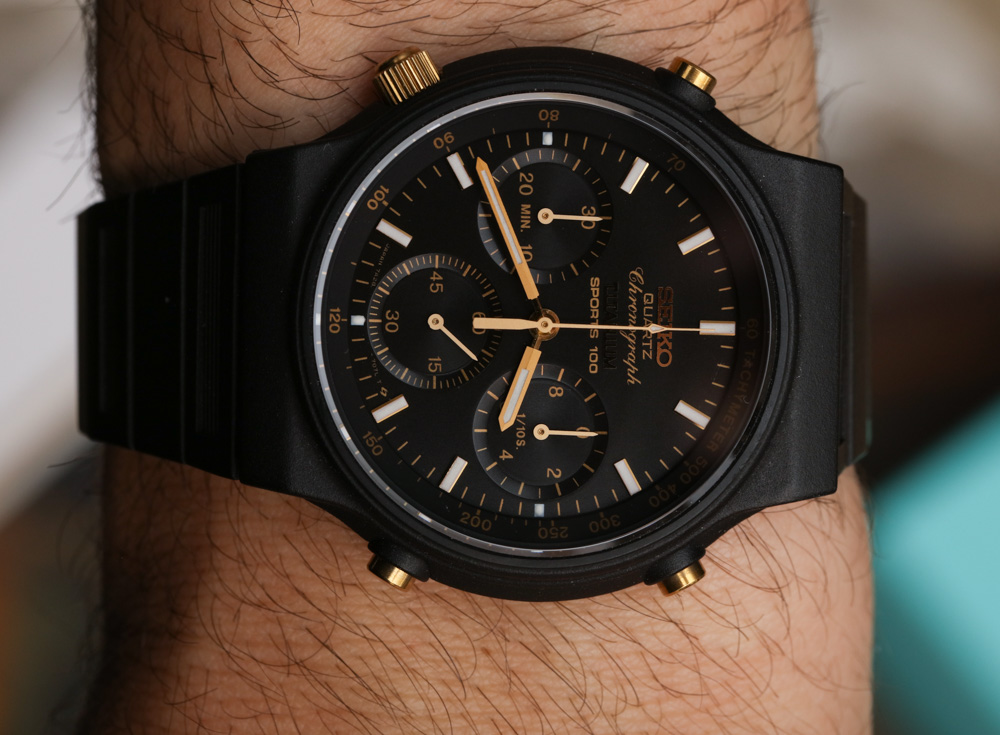 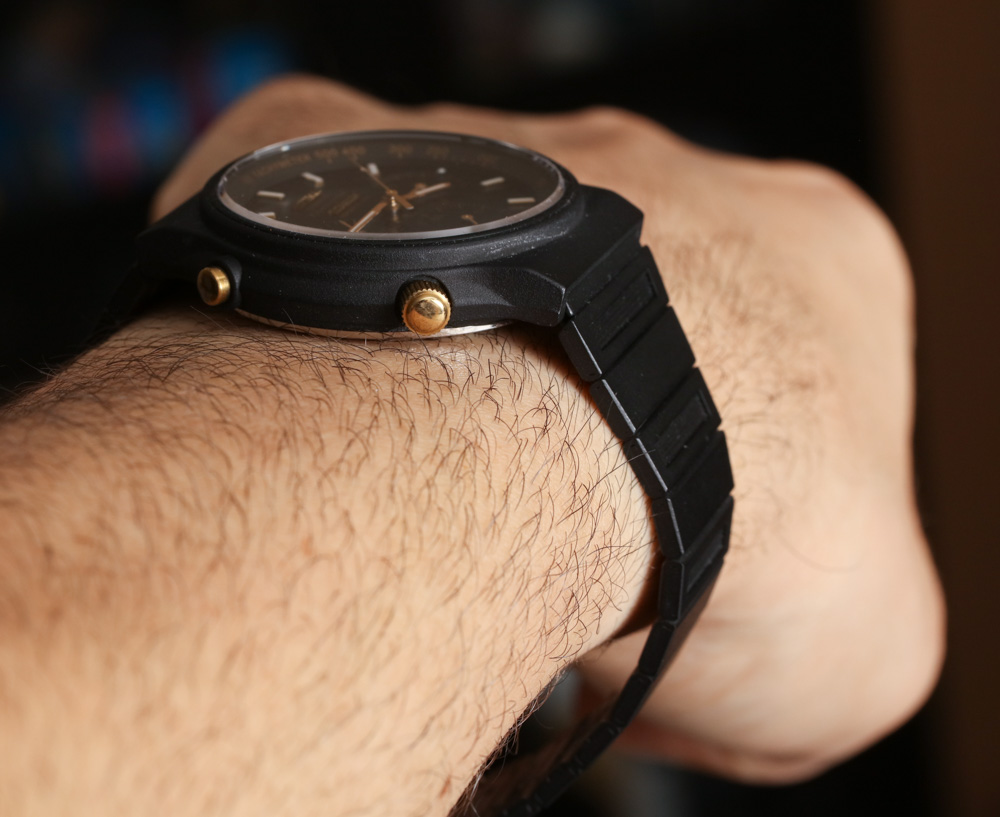 While the performance of the 7A28 isn’t exactly breathtaking by today’s standards, it is still a very impressive movement, and its production quality and features are still better than most of today’s far more cheaply produced quartz chronograph watches. We are starting to see it happen more and more, but just you wait because 1970s and 1980s era quartz movement-based watches (the good stuff) are going to be an upcoming craze among watch collectors. It might not happen tomorrow and you aren’t likely to see bored rich guys attempting to impress one another by spending a million dollars on them… but sooner or later these are going to really go up in value.

A good reason that Seiko 7A28 watches (and timepieces like it) are going to go up in my value (in my opinion) is that finding ones in good condition is incredibly tough. Why? Because people wore these watches for years! In fact, good condition Seiko watches from long ago are often hard to find in general because they were too good. What does that mean? It means that people wore them for years, often until they wore out. So you can imagine my delight in finding this otherwise incredibly rare Seiko 7A28-7060 in NOS (new old stock) condition. It even still has the remnants of a blue plastic sticker on the case back. More on the watch in a bit after I finish talking about the movement. 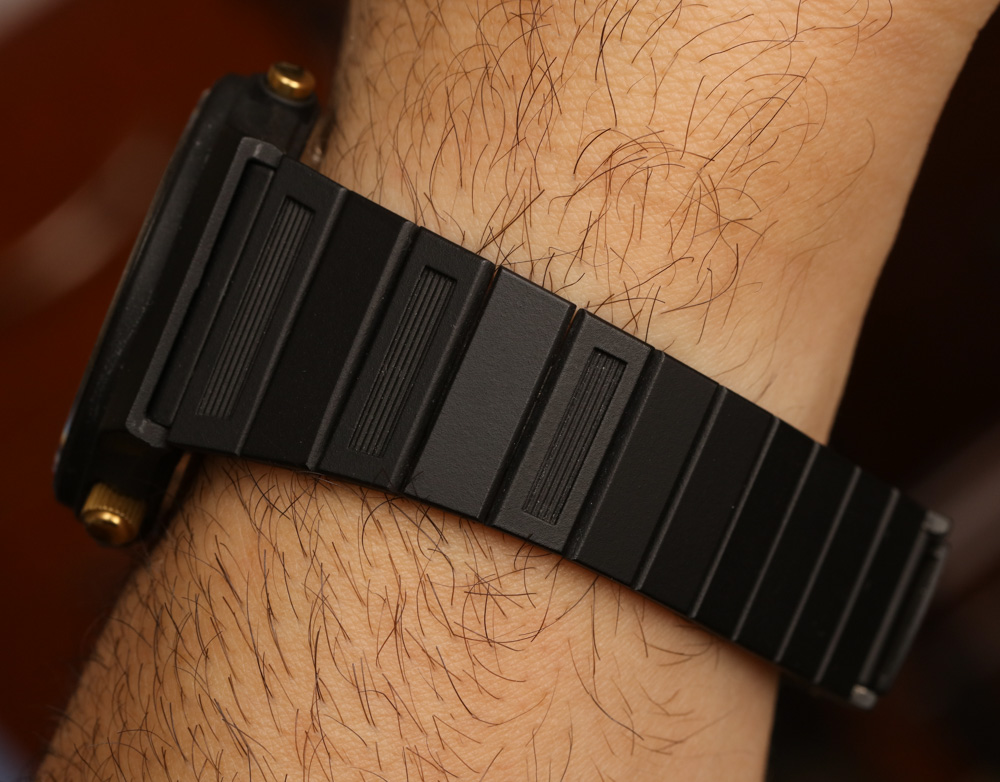 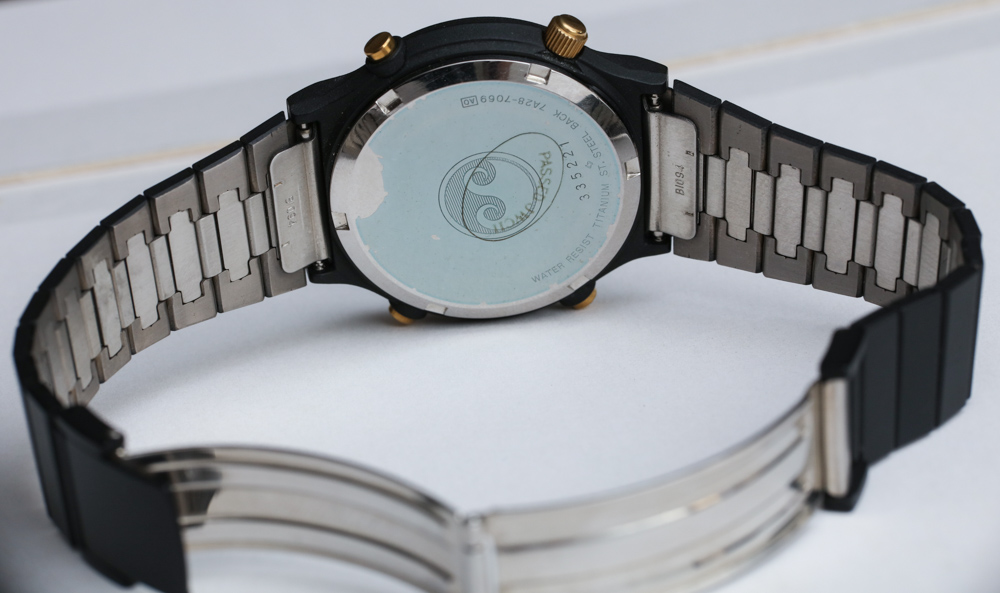 This is a good time to mention an excellent article that details the Japanese 7A28 movement as well as showcases a great number of the 7A28 watches. I find it a bit amusing that the article I just linked to references aBlogtoWatch, and now I am referencing it. Anyhow, Seiko introduced the 7A28 movement in 1983 (a year after I was born) and apparently continued to produce watches with it until about 1992.

Seiko produced a few variations of the movement which added features such as an alarm or a calendar. For me, the purist styling of the “least complicated” 7A28 is the most interesting. The movement includes the time as well as a 30 minute chronograph. Seiko makes no movements like this today. In fact, one of the downsides of modern “re-issue” watches Seiko has produced in homage to vintage models that originally contained 7A28 movements, is that the modern movement they use as a replacement is a difficult to read 60 minute chronograph with a synchronized 24 hour (AM/PM) hand and a date window. The fact that Seiko has no modern analogs (pun intended) to the 7A28 makes it that much more interesting to me. 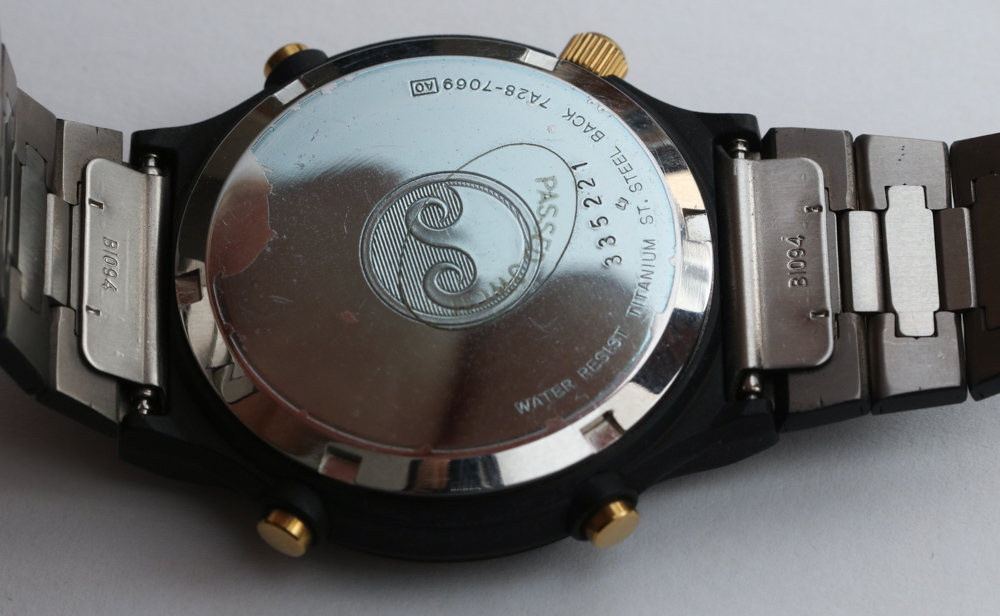 I found it humorous that Seiko themselves identified the chronograph accuracy of the 7A28 as “5/100 of a second.” I am pretty sure that I learned in elementary school math one should more accurately “reduce” that number to saying 1/20th of a second. Oddly enough the watch says “1/10 S.” on the dial (which refers to the purpose of a sub-dial) which makes things a bit confusing. Understanding how the movement works requires playing with it. I might need to do a video about it, but I am sure there are videos online. In short, the movement has a split second chronograph feature, and even though it is quartz, the chronograph seconds hand sweeps. It is a very handy and interesting movement – even by today’s standards. 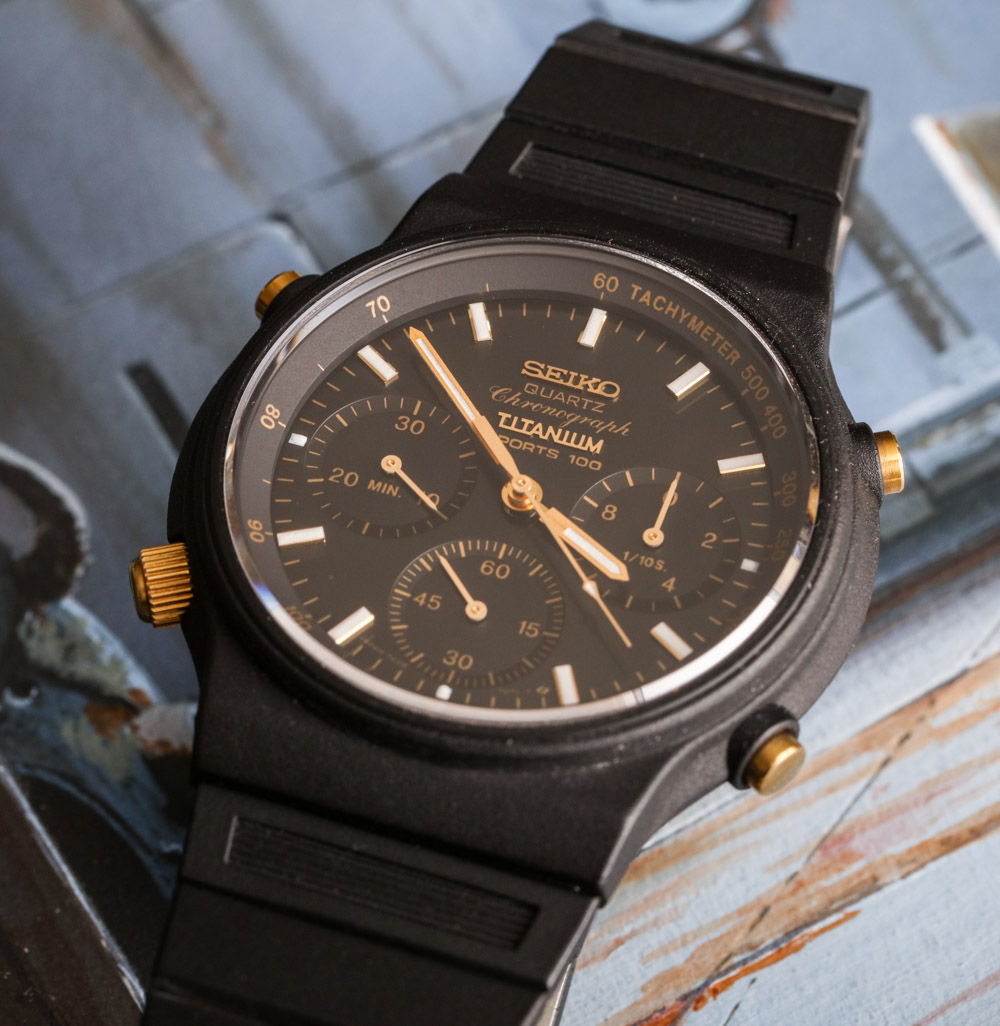 The real watch nerd part of the 7A28 is that it eschews almost all the major complaints mechanical watch lovers have about quartz movements. The 7A28, unlike many other quartz movements now as well as back then, was not designed to be disposable, but rather durable, dependable, and serviceable. Made entirely of metal (that means no plastic parts), the movement includes 15 jewels and can even be regulated for better accuracy by a watch maker. I believe the battery life is about two years on average. When the battery life is low, the seconds hand skips a step passing two seconds at a time in order to indicate the battery needs replacement.