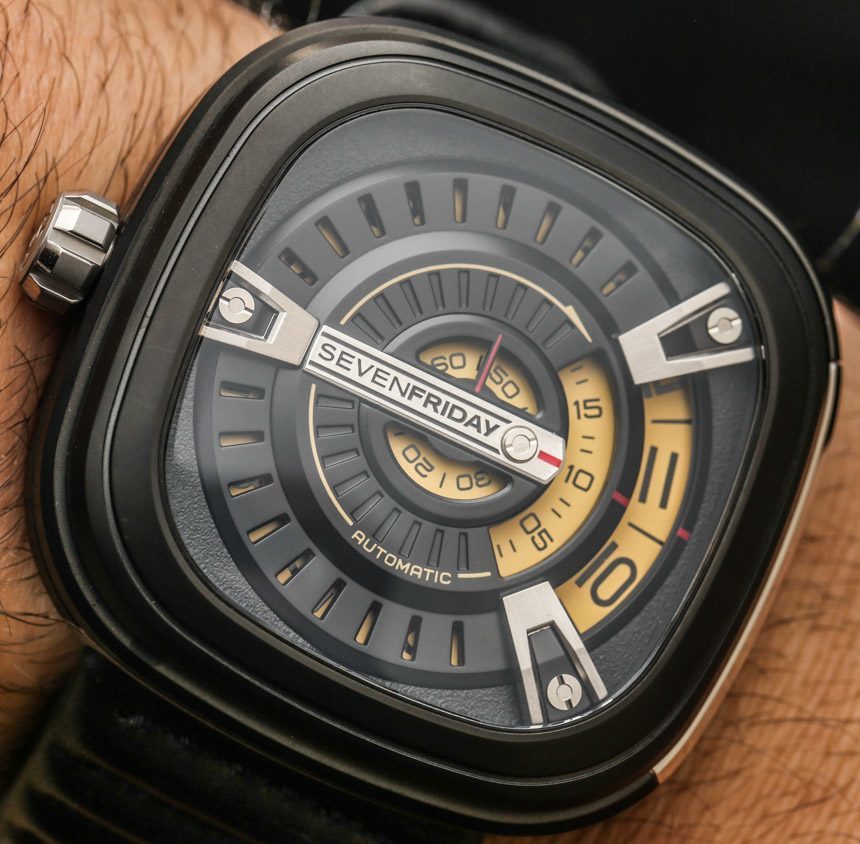 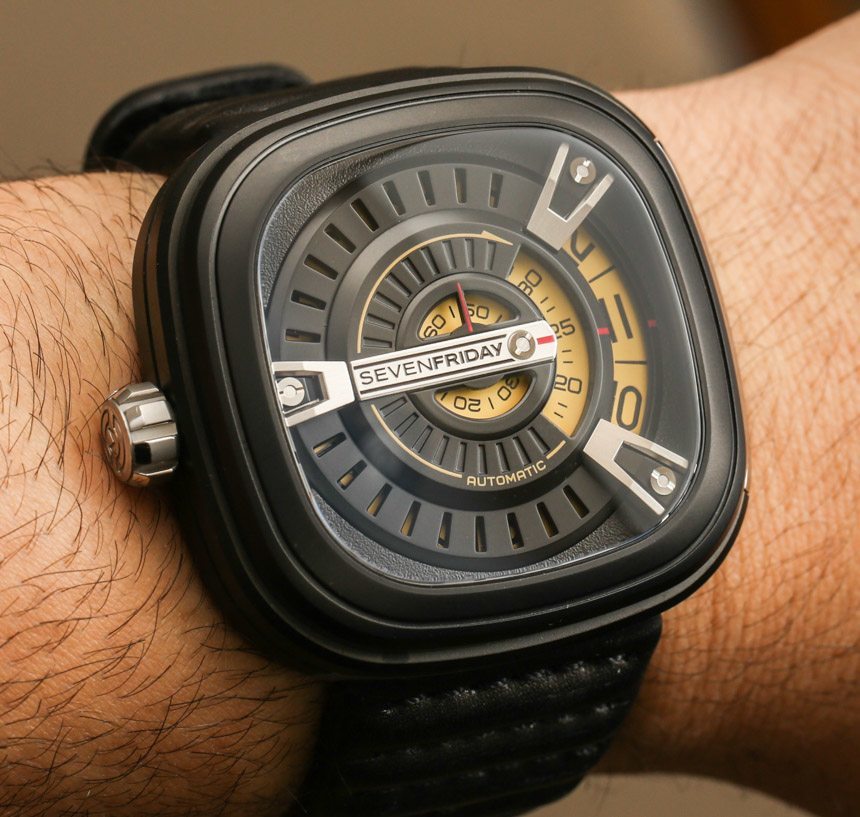 SevenFriday watches represent the type of unexpected success story that I am proud exists in the modern watch industry. Leveraging social media and a more youthful mentality, SevenFriday has created a durable standard for what an accessible, modern mechanical wrist watch can be, and how to make it desirable. Today, I’d like to review the second major collection of watches from SevenFriday, the M-Series. This is the SevenFriday M-Series M2 reference M2-1. We debuted the SevenFriday M1 and M2 watch here in mid 2014. We last reviewed the SevenFriday P-Series of watches here.

Let me first say that SevenFriday watches aren’t for everyone, nor are they meant to be. Unlike brands that focus on designs and wish to create models with appeal in all major markets across various demographic groups, SevenFriday represents the more boutique side of the watch industry. Arguably, the best side of the watch industry. Here you have a comparatively small industry where watch brands design more artistically-inspired watches that appeal, first and foremost, to their creators. Thus, when you decide to own a SevenFriday watch, or something along a similar vein, you are really choosing to buy in to the taste and style of the brand creators. 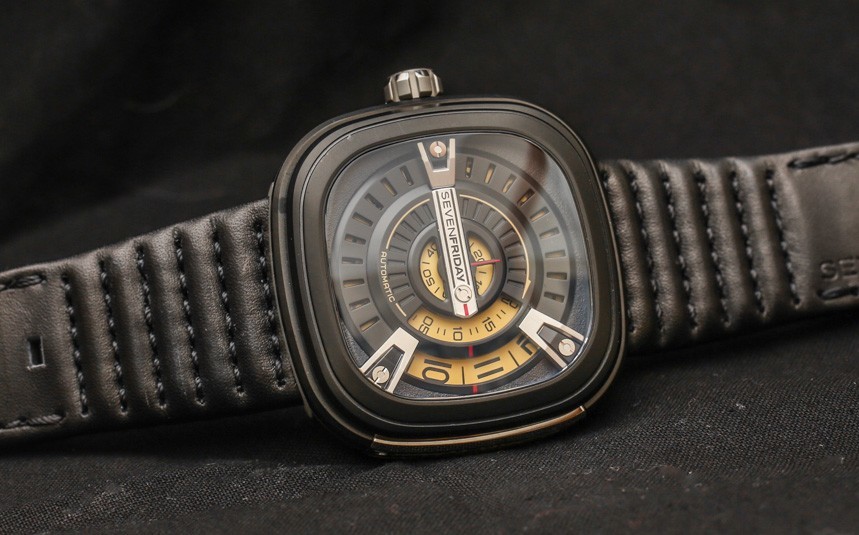 Using discs to indicate the time is a time-honored albeit niche approach to adding design variety to a timepiece. Technically speaking, the production process involves replacing traditional watch hands with spinning discs. It isn’t that simple, as there are a lot of tweaks that need to be made in order to account for the heavier weight of discs and new issues of friction, but fundamentally, these types of watches indicate time in the same way. All that is different is how the time is read – and it does take a little bit of getting to used to, I will admit. 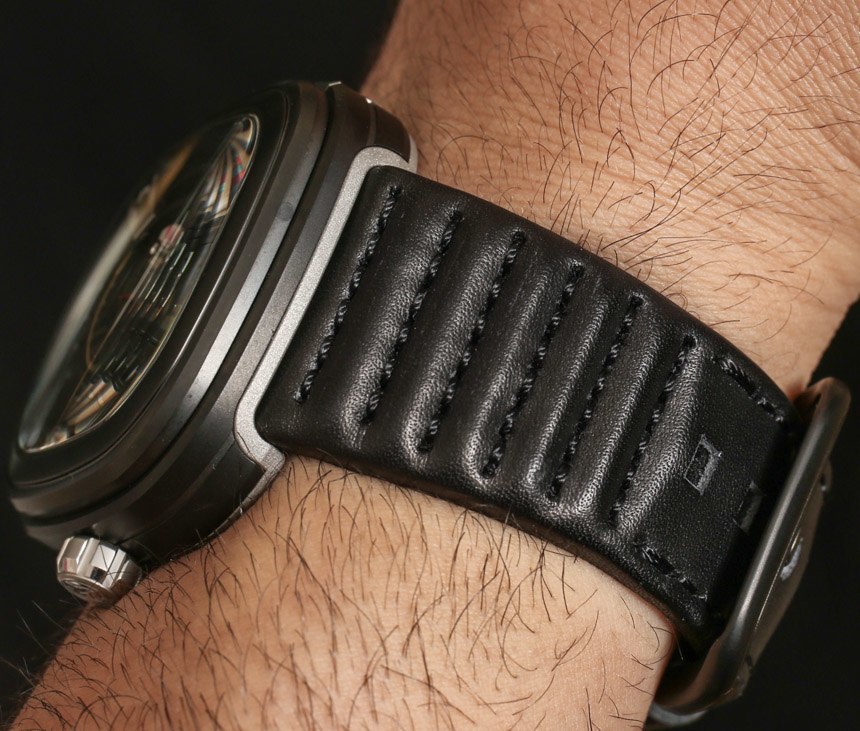 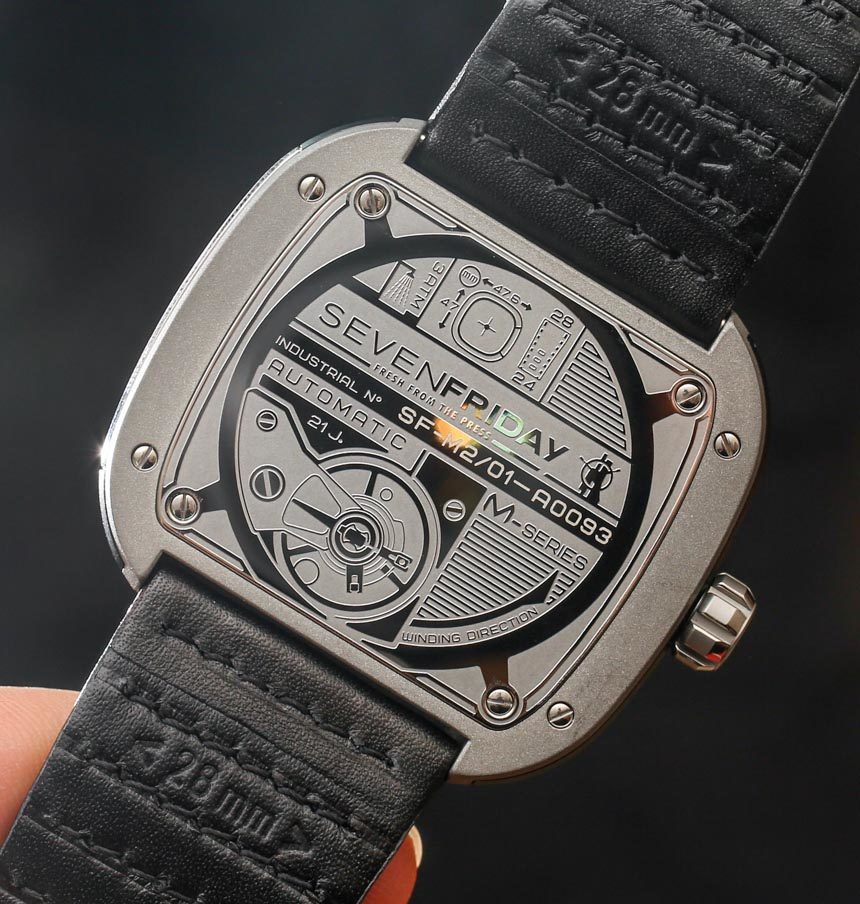 The SevenFriday M1 and M2 watches have three concentric discs that moving outward indicate the seconds, minutes, and hours. In a sense, this is the opposite way that analog watch dials indicate the time, but does represent how the hands are stacked on a dial. So in a way, reading the time is done from the outside in, starting with the hours on the outside. Rather than hands, indicator spots are used to help the wearer know how to read the time. The horizontal lines on the right side of the dial are used to read the hours and minutes, while the vertical red line closer to the middle of the SevenFriday M2 face is used to read the seconds.

With this system, the time can be read pretty much as precisely as on a traditional analog dial. Like I said, it takes bit of getting used to, but it’s pretty simple, once you get the hang of it. I tend to find most watch faces that use discs versus hands to be unattractive and boring. Most of them promote the mere novelty that they use discs versus hands and leave the creativity there. Thankfully, SevenFriday didn’t do that, and the entire design of the SevenFriday M-Series dial uses a series of interesting elements and layers. For one of the first times I can recall, I’ve found a disc-based watch dial that I feel is truly interesting and cool to look at. 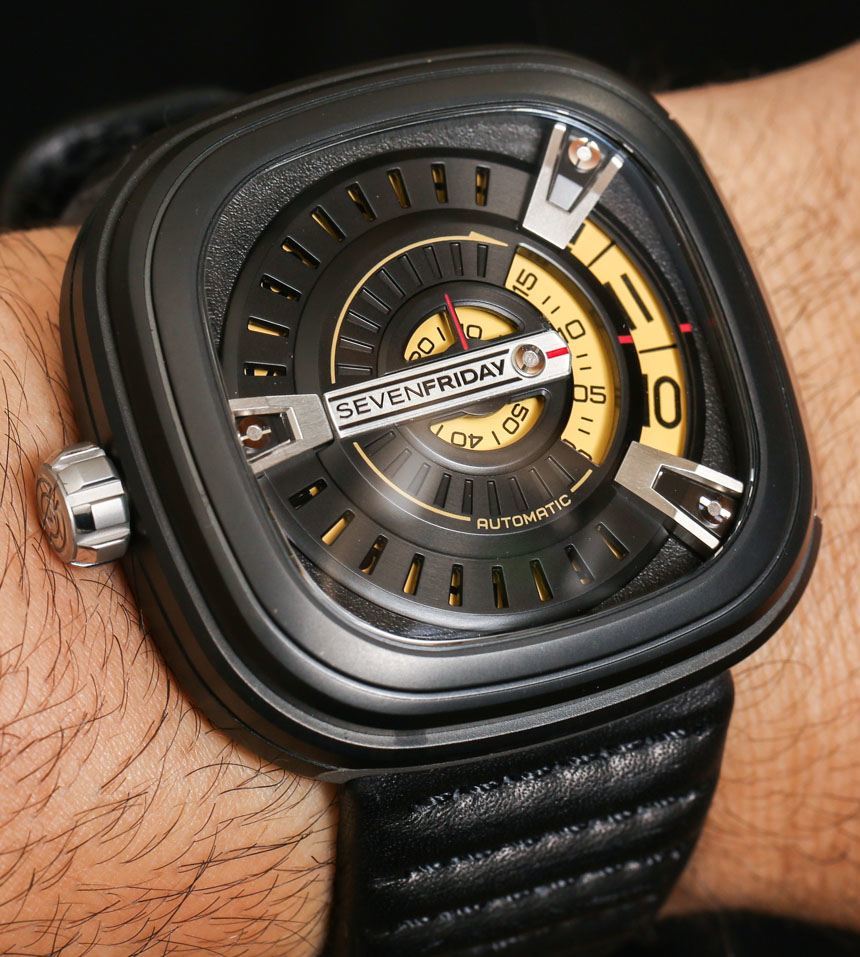 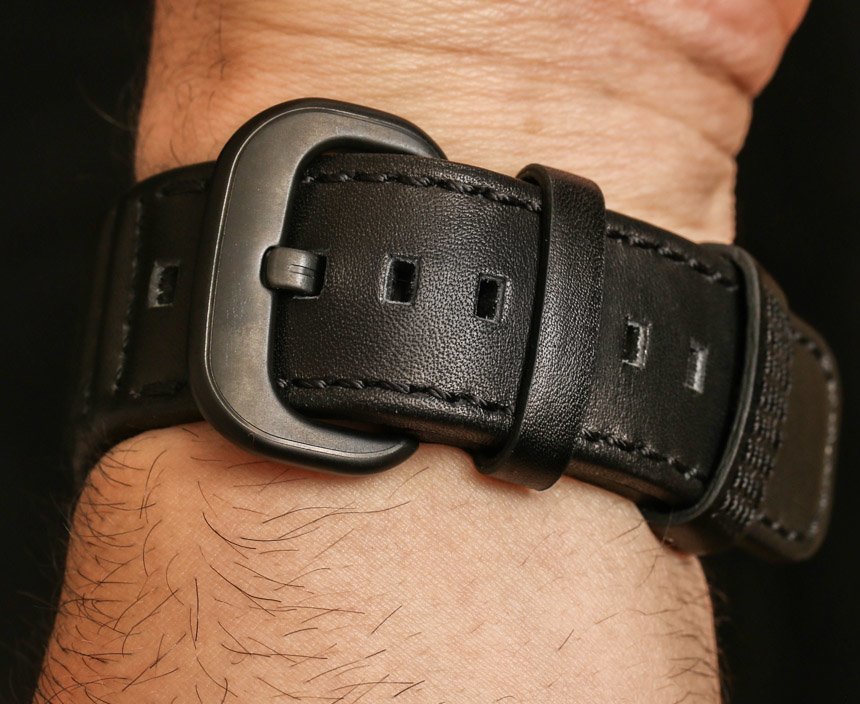 SevenFriday is a master of presentation, and a watch like the SevenFriday M2 faithfully embodies that fact with its rich details and varied textures. What is perhaps the most impressive about SevenFriday watches is the quality and level of detail offered at this price point. No, these aren’t cheap watches, but they could easily be much more expensive. I’ve heard from several retailers that sell them in Switzerland, for example, that customers often guess they are priced in the $10,000 range. Despite the fact that SevenFriday uses relatively pedestrian Japanese mechanical movements, the cases, dials, and even straps are of a very impressive and high quality. If you are familiar with high-end watches, I think you’ll be pleasantly surprised the first time you handle something from SevenFriday.

The SevenFriday M2 is the more “retro” looking of the two current M-Series watches with its black case and dial and cream discs. The polished steel elements are a nice touch, and you’ll notice that there is a steel plate on the right side of the case. Unlike the P-Series watches, the crown has been moved to the left of the case. The large case is nevertheless comfortable and the entire concept is just really well put together, if you are into the style. For me, the SevenFriday M2 is a decidedly cool watch, though I wouldn’t want to wear it on a daily basis. It makes for a very good timepiece, when you are in the mood for it. 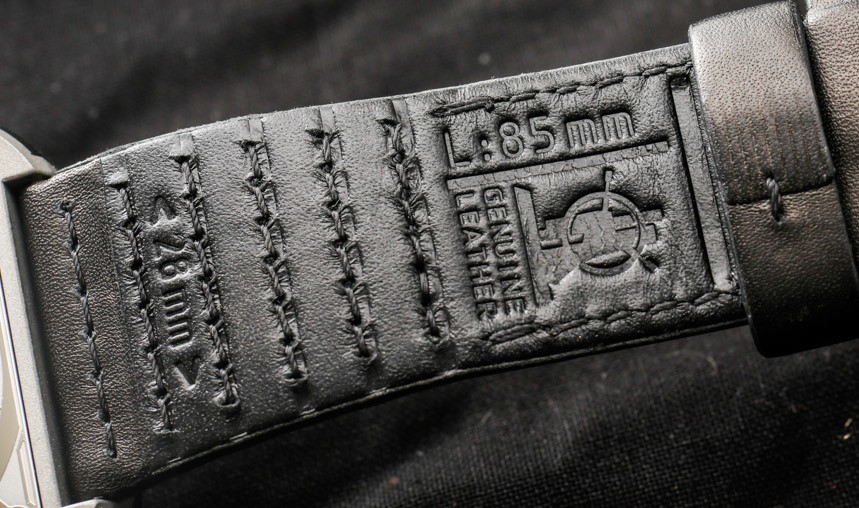