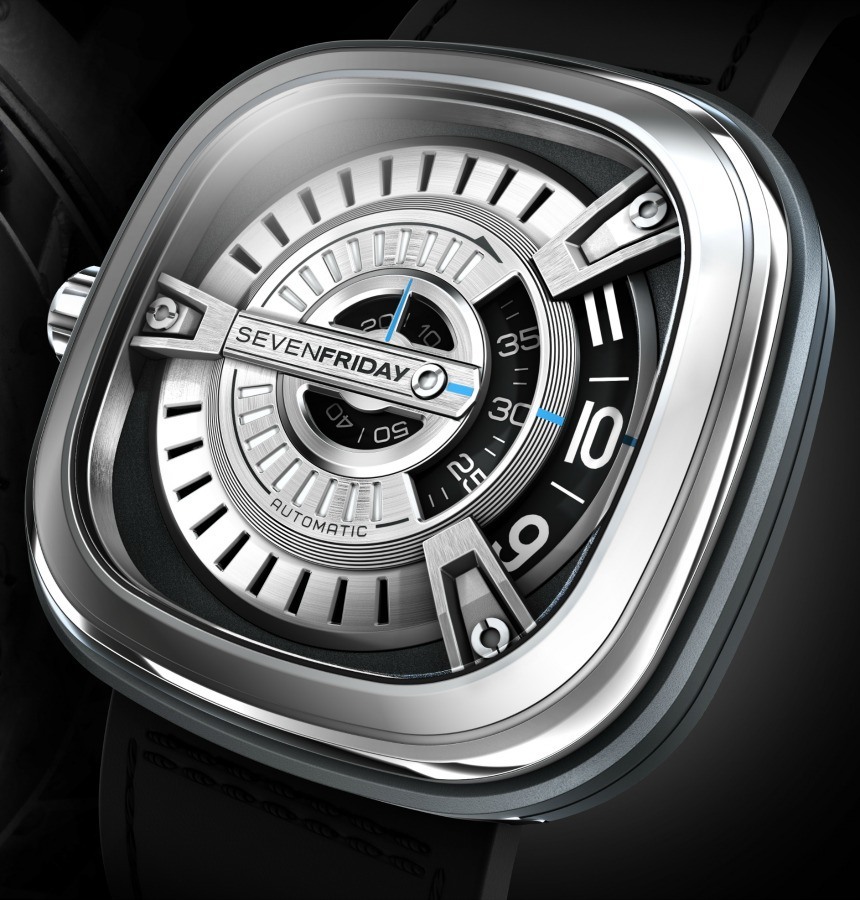 After a few years of revisions and model interpretations of its original watch, Swiss SevenFriday is about to release its second model collection with the M1 and M2 watches which are due for release next month in June of 2014.

The M1 and M2 are, of course, similar to the original “P” series SevenFriday watches in regard to the same 47mm wide cushion-shaped case along with overall look and feel. The M1 and M2 watches also once again use Japanese Miyota mechanical movements, but different movements here which are modified to use discs rather than hands to indicate the time. 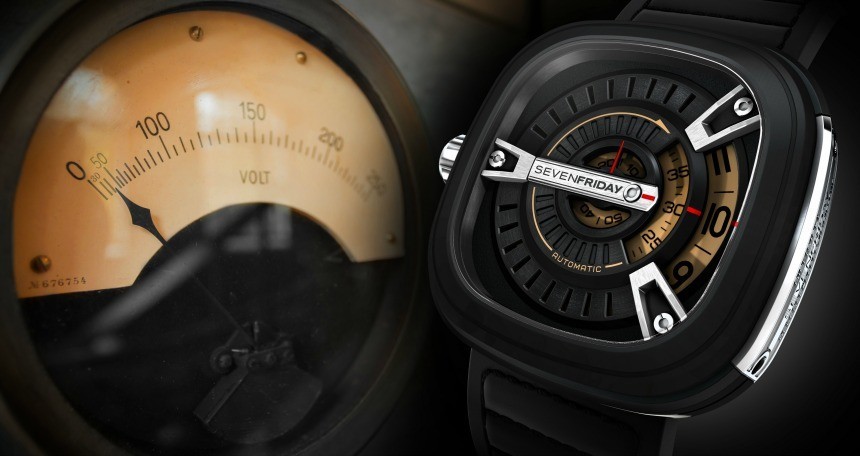 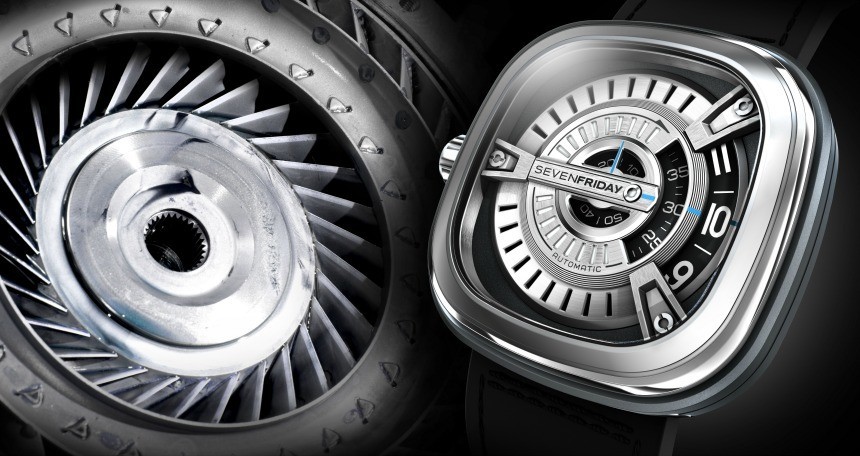 According to SevenFriday the M1 watch dial design is inspired by turbines, while the M2 is inspired by “old power measuring tools such as ammeters or old radios.” For the price, the dial detail and quality of SevenFriday watches has always been impressive. The M1 and M2 dials are made of six layers and have 10 applied parts.

There are three custom-made discs which are used to indicate the seconds, minutes, and hours. It is not a typical way of reading the time, but it does prove rather simple once you get used to it. The crown has been moved to the left-side of the case and a new plaque is applied to the right side of the case. There is also a brand new caseback design. So, while the watches look similar to the previous SevenFriday watches, most of the parts are new. 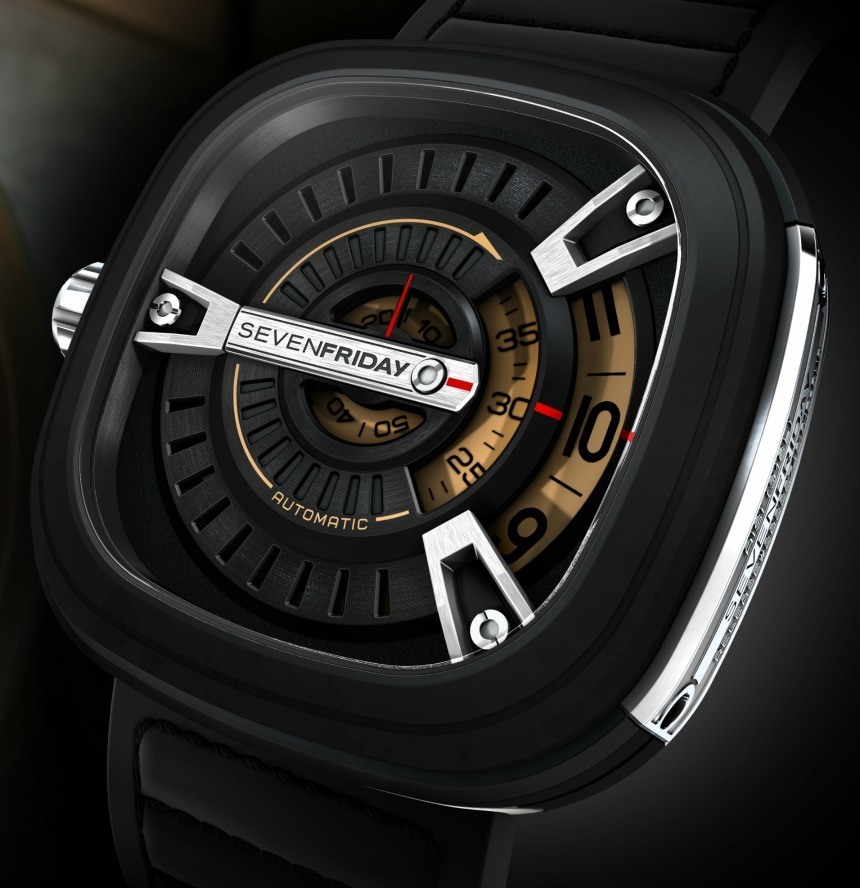 Inside of the M1 and M2 watches are modified Japanese Miyota caliber 8215 automatic movements which have a power reserve of about 45 hours.  I’ve always said it was ironic that while SevenFriday is a true Swiss brand (based in Zurich) the watches cannot say “Swiss Made” because the movements are Japanese.