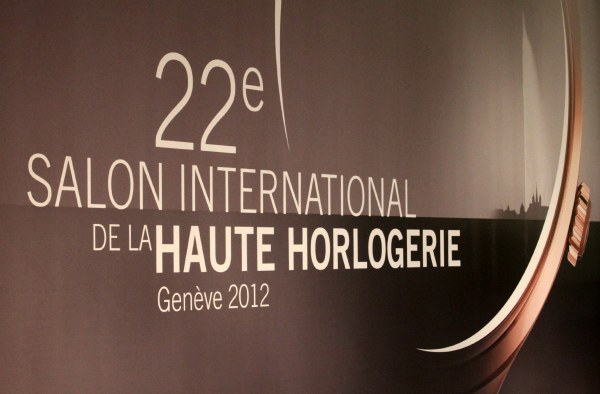 SIHH is a bit like the automobile traffic in Italy. It is crowded and there is only the semblance of organization. Despite a series of reasons why you might thing the entire system should not work, it does. The mania of a trade show convention is ironically melded with the attempt at having a high society event. The contradictions of the show shadow the very industry it serves – and somehow we love it for that. By the way, a shout out to IWC for their incredibly intricate booth design. No detail was spared to make their booth look like a bona-fide Hollywood set on board an aircraft carrier complete with a half jet, fog machines, uniforms, and of course pilot watches.

Leaving the 2012 show I have a number of things to report. The most important thing to remember is that 2012 does not represent the plans of 2011. Watch products generally take about three years to plan and develop. For that reason SIHH 2012 is really about what was going on in 2009 and a bit after. At that time the economy was in the dumps and the watch industry was serious about self preservation and new lucrative markets. China then, like now, was hot, and brands were more interested in saving money versus being risky.

For that reason 2012 is not about novelty as much as it is about minor evolutions and repeating things that worked in the past. New products are often line extensions, minor refreshes, and highly limited exotic art watches that don’t tend to require years of mechanical R&D – though there are exceptions to that statement. The general consensus among retails and journalists alike was not one of excitement, but one of sobriety and anticipation for the future. A lot like how people felt last year actually. We saw a lot of salable watches but not that many to stimulate the mainstream high-end buyer’s senses. The most special watches out there are so limited only a few people on the planet will be able to enjoy them. These mostly featured artisan created dials and special artwork. Great for the jewelry and art lover, but out of reach for most humans. Personally I want to see at least a healthy handful of exciting new watches that I might conceivably be able to own some day. Those did exist for 2012, but calling them “new” would be a matter of argumentation. 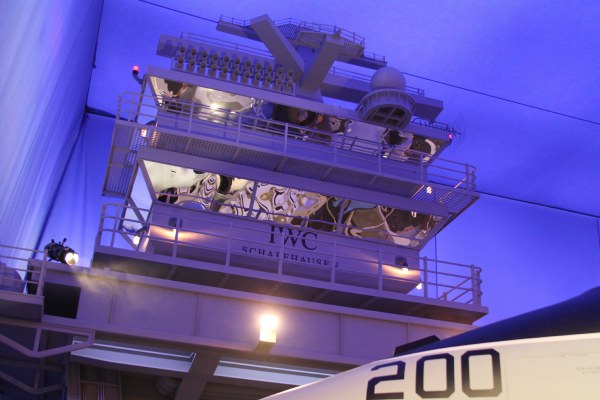 Aside from brands not wanting to spend big money on products that might not sell there is another reason for the proliferation of ho-hum three-hand round-cased watches that seem to be so popular lately – we’ve been told that is what the Chinese consumer wants. In fact, for the last few years the Swiss watch industry has been trying to produce what it thinks, whilst sitting and pondering the question in the Swiss Jura, that Chinese consumers want. The market there is watch crazy – but not always for the reasons you might think. Chinese demand seemed at first to be very classic, wanting small round watches from the best brands. “Hello China” is about the European watch industry doing its best to accommodate the tricky Asian consumer who is about brand, status, and a display of wealth.

The irony of course is that the Chinese consumer is quickly evolving and is interested in Swiss products exactly because they are not Chinese. If you make a Swiss watch that is directed too much toward the Asian market, you begin to destroy why that market wanted the product in the first place. Nevertheless, this year saw almost all brands offer watches dedicated to the year of the dragon – each more amazing than the last. Brands like Piaget and Audemars Piguet had limited edition watches with wonderfully hand engraved dragons on the dials. Actually, the majority of brands had some type of dragon themed watch. Parmigiani on the other hand has some amazing dragon themed animated clock sitting in the center of its booth that stole all the attention. What is interesting is that apparently the Chinese consumer who is interested in a high-end watch with a dragon on it doesn’t just want a watch with a dragon on it… but wants a watch with the most intense and outlandish representation of a dragon on it complete with luxury materials and techniques. This goes beyond the mere appreciation of symbolism and tradition. This is worship and the watch brands are competing with each other to produce the most decadent idols.

Last year’s attempt at making hot selling watches in China was to reduce diameter sizes. There are other reasons for this aside from perceived Asian tastes – such as cost cutting and the popularity of vintage timepieces – but it was generally agreed that small watches were made primarily to pacify the hungry Chinese watch market. The brands then turned on the hype machines to “educate” and persuade fashion writers that “small watches were now in fashion.” To a large degree they succeeded, and the well-dressed elite in New York followed suit penning that a real man wears a “reasonably sized watch.” I disagreed with their definition of what a reasonable size was. 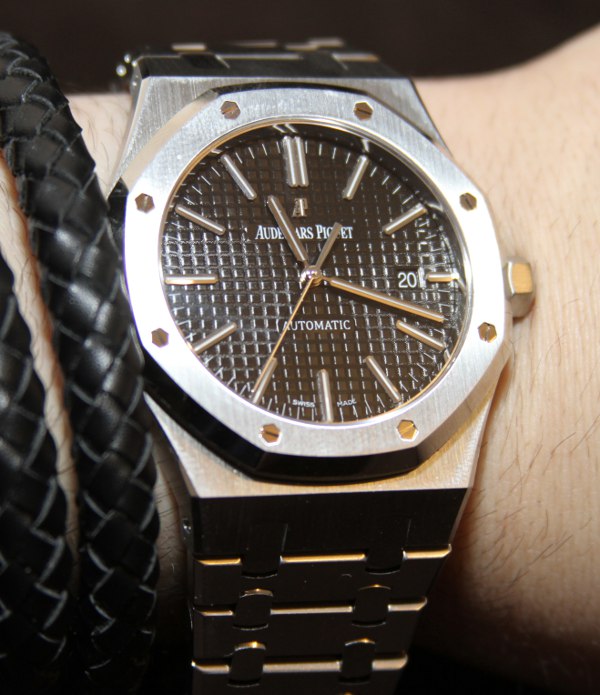 My own thoughts included in articles over the last year was that small watches were not what the consumer in the West wanted. I proposed that the quickly evolving Chinese consumer would adapt to Western-sized watches quickly, and that fashion pressure (if even relied upon by consumers), would not be a force to get people en masse to want smaller timepieces. The under 30mm wide Ralph Lauren Slim Classique Square from past year was penned as a men’s watch that women could also wear. 38mm wide watches were common, and it looked like 44mm wide plus watches were gonna be stigmatized.

This year at SIHH the Ralph Lauren Slim Classique Square has been renamed the 867 and is solely a femme timepiece. In fact, a larger version of it was released for men. Imagine that. Basically, not even a year later the small watch movement fizzled out and died. Not just that, but 2012 is all about the bigger classic watch. I feel a bit vindicated, and the guys at GQ can enjoy their words with some beef heart tartare and candied white asparagus served on sheets of vegetable paper.

The good “big” news is that brands spent a lot of time focusing on how to improve their current collections and size mattered this year. This meant new styles, colors, and design refreshes based on the most popular models. I am happy to report that modern sized men’s watches are back by popular demand. Over at Audemars Piguet the Royal Oak got a refresh and a larger size up to 41mm. A. Lange & Sohne released three new Lange 1 watches with an increase in the size of its Grande Lange 1. IWC increased sizes for a lot of it pilot watches and focused mostly on diameters from 46-48mm wide. Piaget released more versions of its 43mm wide Altiplano 43 Automatic, and the mainstay of Baume & Mercier’s Capeland watch collection is 44mm wide. Panerai of course is a purveyor of larger pieces, and even Vacheron Constantin’s new thin Malte watch wasn’t too narrow. Roger Dubuis’ new Pulsion sports watch is likely over 45mm wide, while Cartier came out with a killer XL version of their new Tank Anglaise watch for men. I wouldn’t say that super-sized watches are back, but rather that brands have accepted the realization that the majority of men want watches that are 40mm wide plus, and that 42mm is really the bottom for how big a sports watch should be. 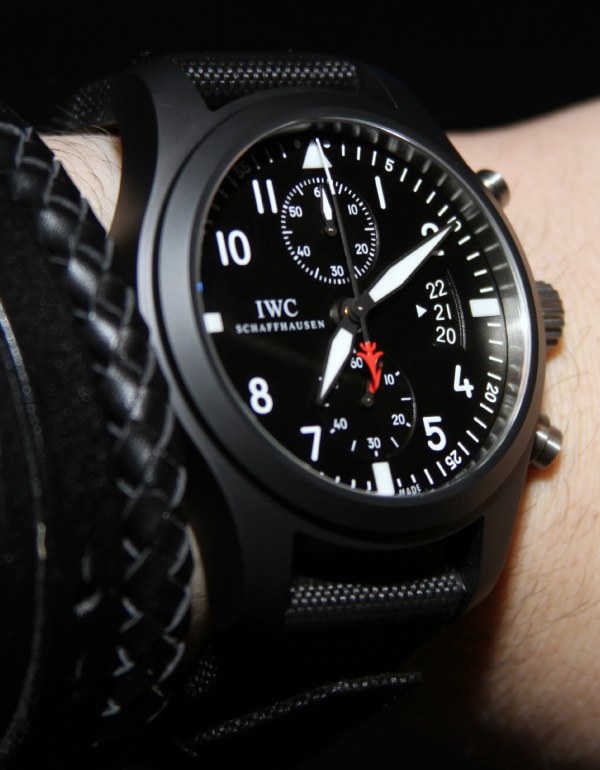 An interesting point on this was made to me at Girard-Perregaux. This is actually their final year at SIHH and next year they will be returning to Baselworld due to their new ownership status. Anyhow, CEO Mr. Macaluso commented on how at GP they see beyond China. There is a realization that economic growth in China will slow and eventually level out. True enough news reports from China indicate that 2011 saw a slowed increase in economic growth already. Plus, as the nation’s “new rich” become just “rich” their buying habits will tame and as watch consumers, while their tastes will mature and become more sophisticated. What that means is that the Chinese consumer will quickly develop a taste for what people in the US and Europe want. Even if they don’t, the US and Europe cannot be ignored as essential markets. If a brand puts all their eggs in Chinese-made baskets…. well you know how the story goes. This is the “Goodbye China” part of the story. Not that the watch industry is at all done with its Asian love-affair, but rather that it realizes there is an entire world out there, and that these are European brands that are making watches primarily to suit their own tastes.

General size increases and a focus on global products is more of what the watch industry is focusing on. The first 10 years of the new millennium were the best of times and the worst of times for the Swiss watch industry in the modern sense. There is too much of a bad taste associated with the previous economic crisis for them to allow for it to happen again if the Chinese market should suddenly shift without much notice. The lack of too many new products and slight product refinements that typified 2012 are a sign that the industry is being very careful, biding their time, and focusing on strengthening things they are already good at. That is the moral of the story for most products, so what about the wild stuff that was there? 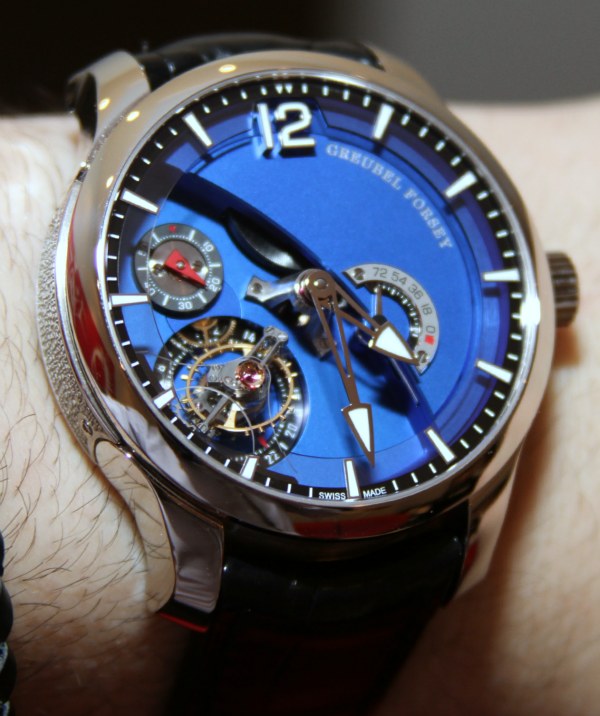 Here is a little SIHH 2012 participating brand run down to show you what wild or exciting things are worth your attention. If I didn’t mention a brand then they didn’t have anything exciting enough to make a list of this type. Here it is: