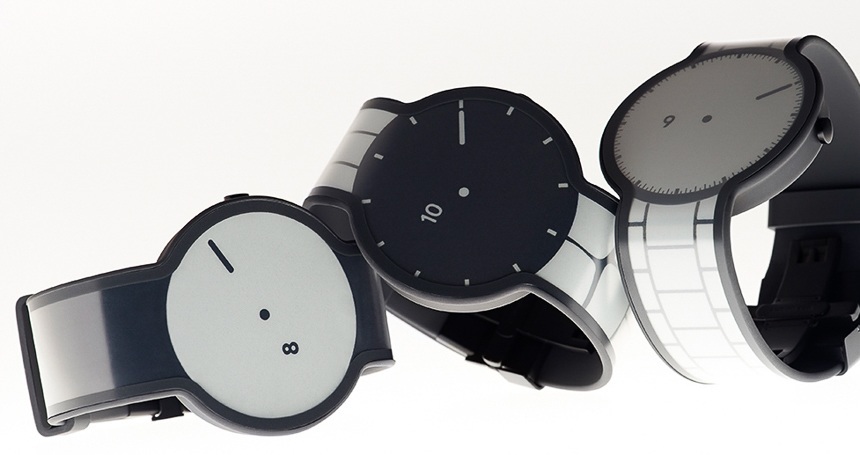 E-Ink screen based watches seemed to be a big deal a few years ago, but they have recently become less popular for some odd reason. Is that going to change? Maybe. It turns out that Japan’s Sony has been working on a secret e-ink watch under a skunks works company called Fashion Entertainments (FES) that is currently being crowd-funded (again) here on the Japanese site Makuake. Seiko seemed to begin the e-ink watch craze in 2007 when they introduced the very interesting and very expensive Seiko Spectrum – a bracelet-style watch with an e-ink screen totally wrapping around it.

E-ink later found popularity in other more expensive Seiko watches such as EPD Active Matrix collection, as well as in less expensive models from brands such as Phosphor.  While news of the Sony FES e-ink watch has been around for a few months as a concept under the “TAKT PROJECT,” what is new today is that Sony has announced it is behind the upcoming timepiece whose crowd-funding campaign is just about over (for the second time). Sony is being quite literal about the “Fashion Entertainments” name, as the watch isn’t a smartwatch, but is rather meant to be a modern piece of entertaining fashion, as the entire case and strap can change, given that they are flexible e-ink screens that can display anything. 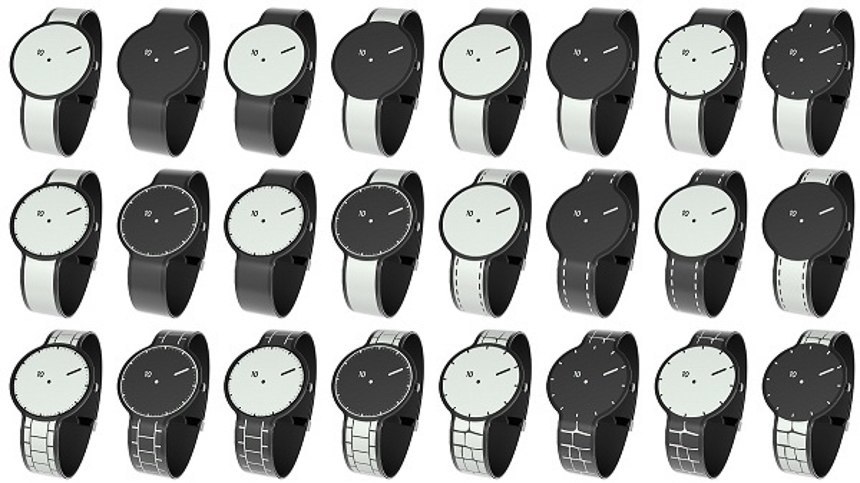 FES’s mission is to try and revolutionize the fashion industry through use of e-ink, reports Vlad Savov on The Verge. While e-ink is currently strictly monochromatic (for the time being), I know that Sony and others have been trying to develop colored e-ink screens for a while. FES has even shown off concepts where colored e-ink screens could make a huge fashion impact by allowing people to vividly change the colors of the items that they are wearing.

The Sony FES e-ink watch consists of a thin case that holds the majority of the hardware and battery. There is also a motion sensor, as part of the concept is for the look of the Sony FES watch to change as you move it. The crowd-funding campaign was said to have been closed but was re-opened for more people to get in on the Sony FES watch. FES claims that the timepiece will be available for sale generally sometime in 2015. 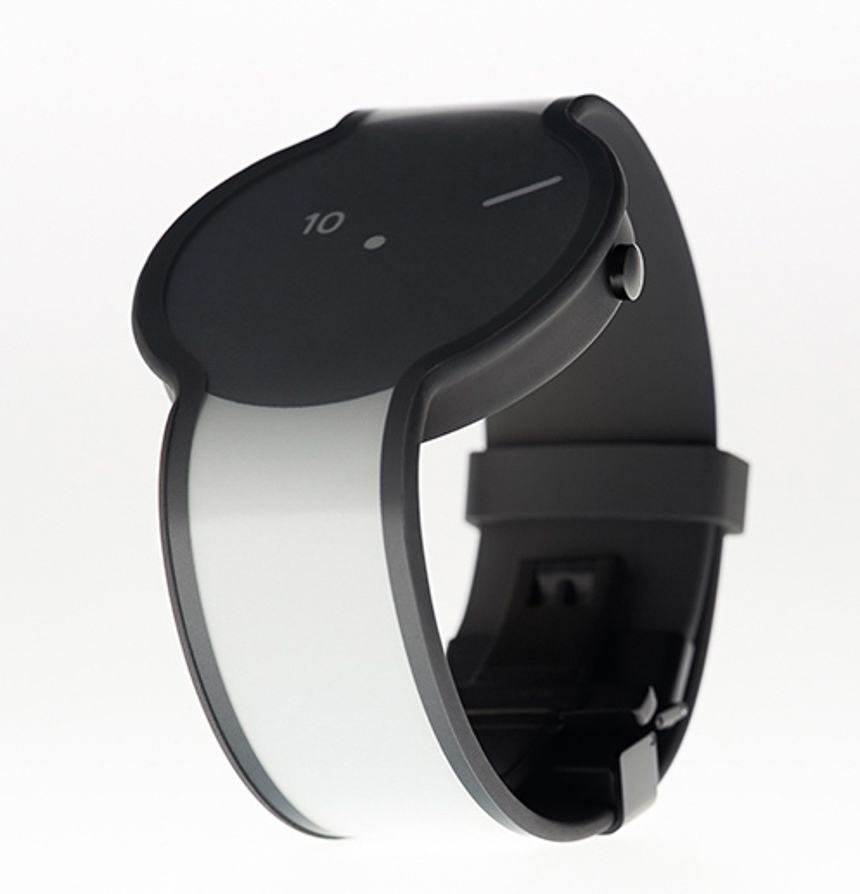 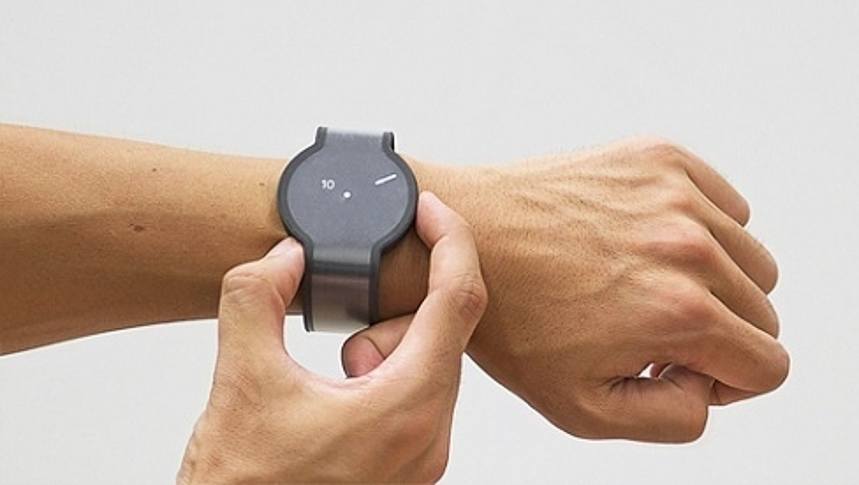 According to the company, the Sony FES Watch comes pre-loaded with a few dial and strap styles that attempt to make the best use possible of the e-ink display. I think it is really cool, actually, to see e-ink used for both the strap and case. Assuming the Sony FES Watch has the ability to receive updated software and/or user-generated designs, it could be very cool. More likely, however, is that the Sony FES Watch “mark I” will be the beginning of a larger assortment of fashion-related modern timepieces (and other times) that exist somewhere off to the sides with the traditional watch camp on one end and the emerging smartwatch industry on the other. As though consumers needed more wrist watch choices these days, right? 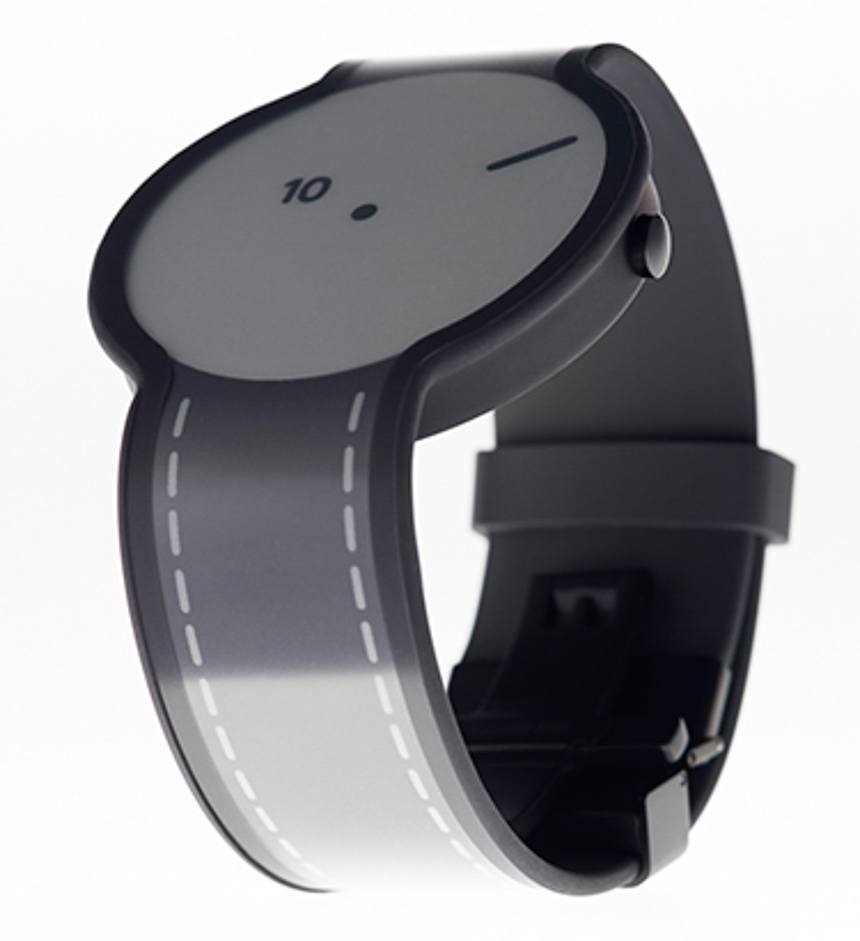 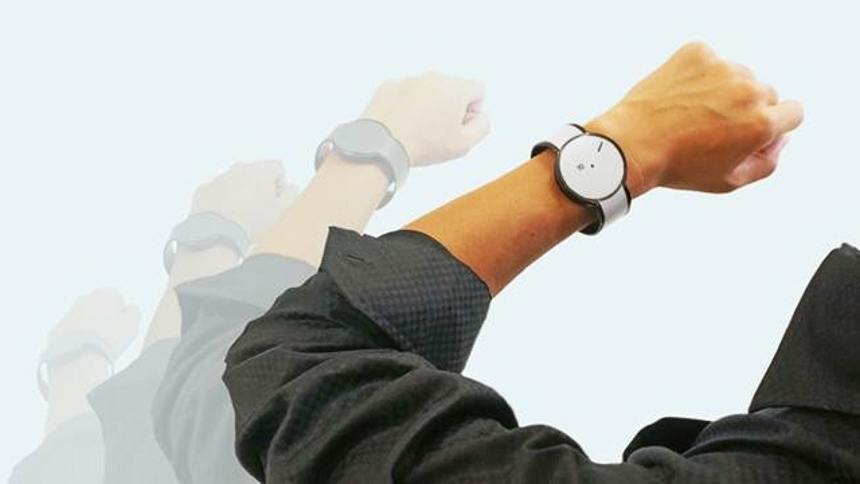 I am personally a fan of e-ink for a lot of reasons and feel that its utility has been under-valued by smartwatch makers. The first “decent” smartwatch, the Pebble, decided that it was a good idea to use an e-ink screen, but we haven’t seen much after that. While e-ink does have its limitations, more R&D into the concept can likely vastly improve it. E-ink is already fantastic when it comes to battery life and clarity. Assuming with more development we could have a faster refresh rate and colors – it could totally revolutionize smartwatches, given the enormous power drain of back-lit LCD or OLED screens. While I don’t know if e-ink will be the answer to all wearable screen technology in the future, it is something I would like to see more work put into. Sony is also no stranger to e-ink screens, as they launched the world’s first e-ink book readers a while back. Darrell Etherington at TechCrunch makes more arguments for the benefits of e-ink on the Sony FES Watch as well.

The Sony FES Watch is currently going for 19,800 Yen (about $167), which isn’t too bad. I’d like to see one of these hands-on soon and also see this technology taken further. fashion-entertainments.com