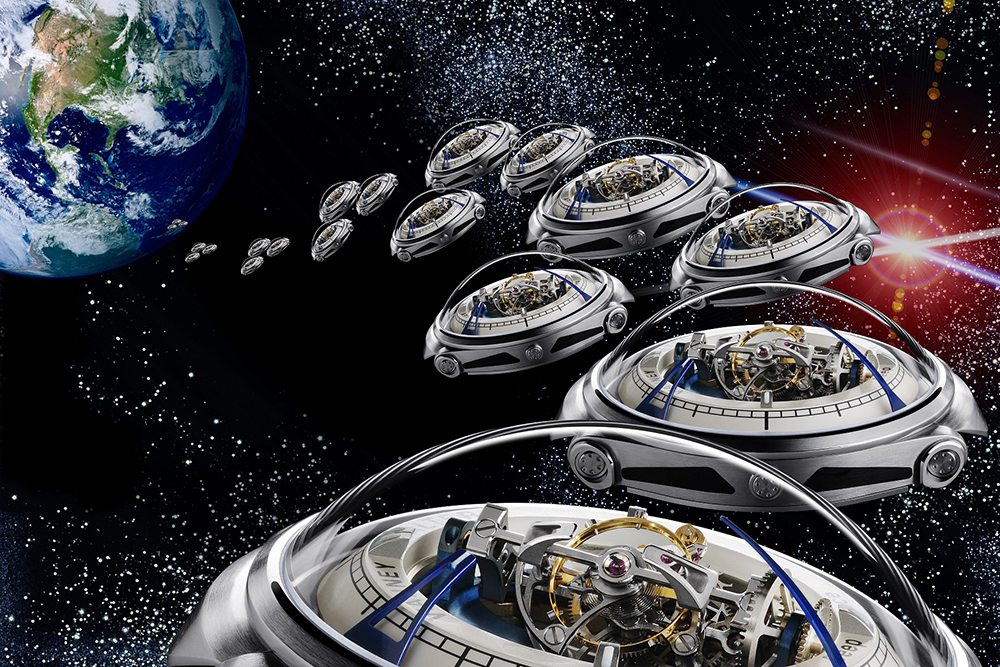 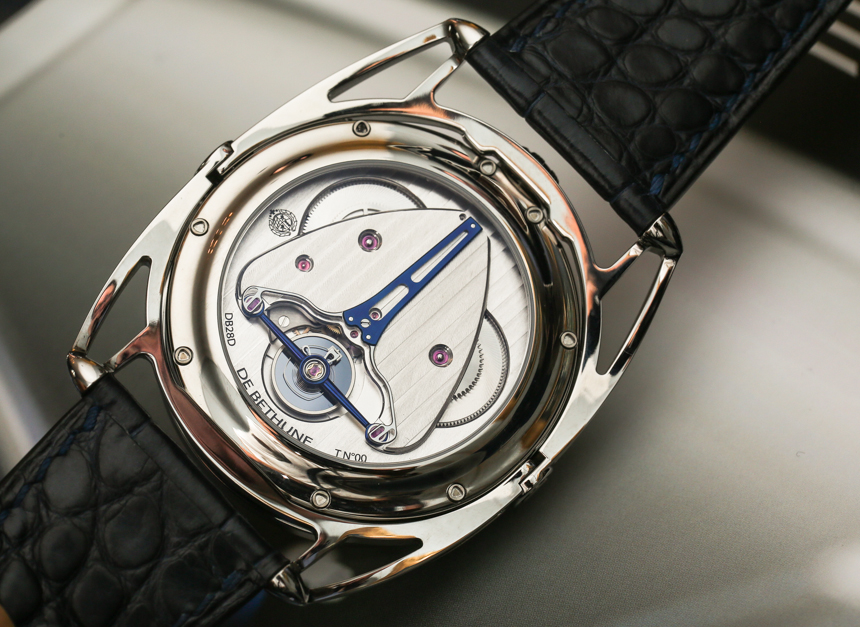 While the DB28GS above is one example of the brand’s many direct references to Star Trek, it seems that their designs are often inspired by that otherworldly aesthetic in a more general sense. Still highly distinctive on the dial side, this De Bethune DB28 Digitale needs to be flipped over to see the Star Trek Federation logo shape in the movement. The De Bethune DB28 Digitale incorporates the skeletonized, “floating” lugs that articulate from the center of the case found on other pieces from the DB27 and DB28 families. The case is in polished titanium and 45mm wide at the bezel, and the dial shows some of that metallic blue that the brand is known for. Time is displayed “digitally” at 12 o’clock using discs, and the orb in the center is a 3D moonphase display. Price is 95,000 CHF. 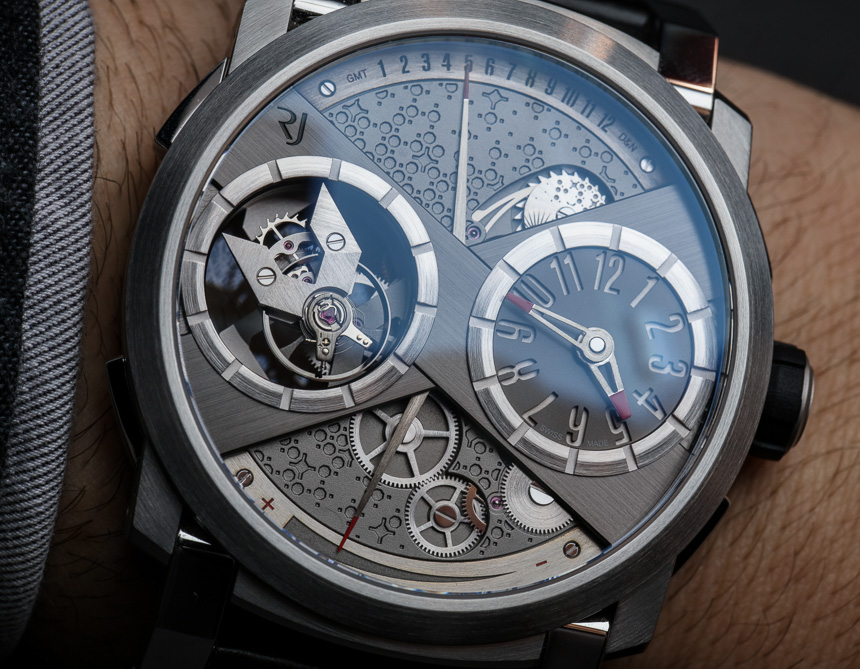 The shape of the USS Enterprise makes another appearance here in the bridge of the Romain Jerome Moon Orbiter GMT’s flying tourbillon. Less retro-futuristic than the first Romain Jerome Moon Orbiter, this version is round and more contemporary avant-garde, with the piston-style, spring-loaded lugs adding to the technical and overcomplicated feel. As Romain Jerome has a tendency of finding a way to stick some real-world “DNA” into their watches in some way, this Moon Orbiter includes metal from the Apollo 11 space shuttle that went to the moon, melted down and used in the watch’s case material. Although not Star Trek-related, that may be an attractive bonus for sci-fi fans. Limited to 25 pieces, price is 99,000 CHF. 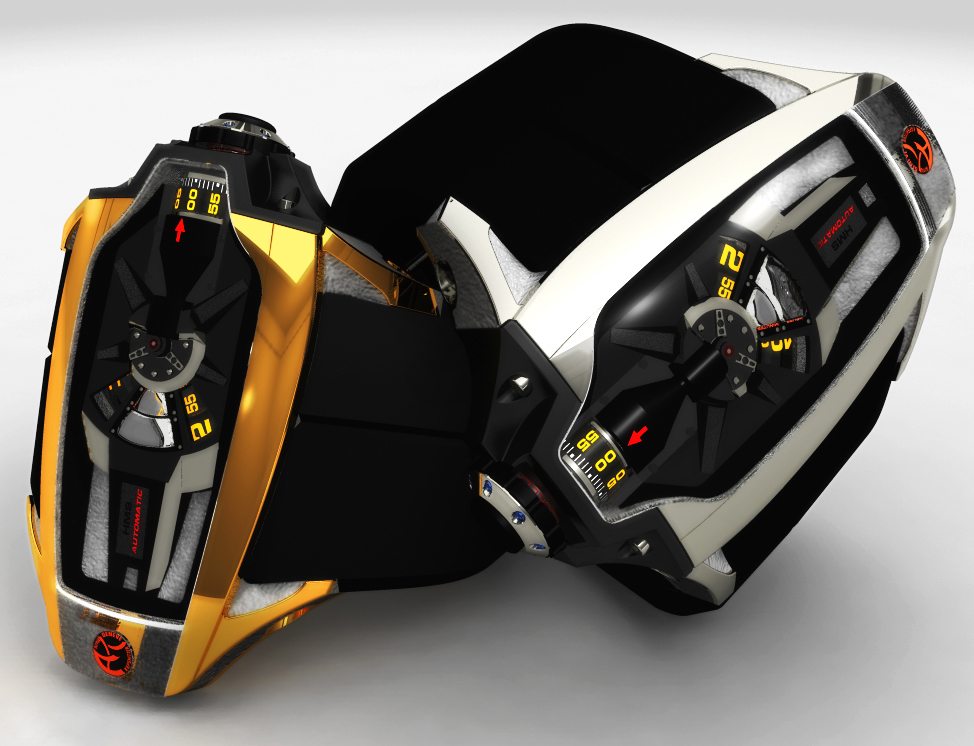 AK Geneve is driven by Arny Kapshitzer (AK), the designer behind the Hyetis brand that aims to make mechanical and smartwatch hybrids. Not surprisingly inspired by science fiction and clearly a hardcore Trekkie, the AK Geneve HMS Automatic Warp looks like, again, the Enterprise. There is clearly a lot of engineering going on, not least for ergonomics, and perhaps a little nod to Urwerk. The automatic movement powers jumping hours and minutes on discs with the seconds displayed on a cylinder. We somehow feel that a cloaking device really would have been the icing on the wrist-cake. Arny seems to be focusing most of his efforts on Hyetis these days, and it seems like AK Geneve was a short-lived venture, so price for the AK Geneve HMS Automatic Warp is not known.

Do you think Star Trek characters would wear these Star Trek-inspired watches? Perhaps others? Let us know in the comments below.