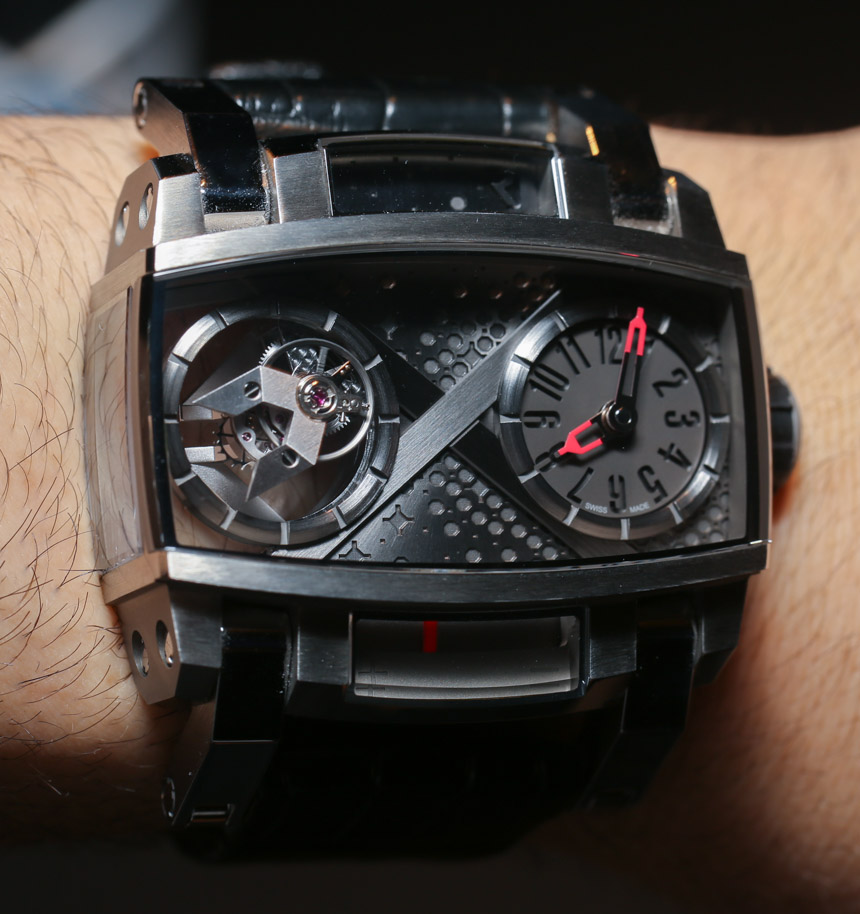 This is the Moon Orbiter Tourbillon ref. RJ.M.TO.MO.001.01 (debuted here with more details) and it does not make any apologies for being a space ship for your wrist– with a tourbillon. Say what you will about Swiss watch brand Romain Jerome, but don’t say they are boring because they most certainly aren’t. Among the more established watch makers, there is perhaps none more controversial, weird, and just plain interesting than Romain Jerome (RJ). Over the last decade the brand hasn’t been managed by typical people, and the timepieces they produce are a more than clear result of that fact.

I’m never surprised to be surprised by the new watches RJ releases. Often the most interesting models are the most limited. 2013 saw the release of this wild-looking Moon Orbiter Tourbillon and other models such as the also limited edition Space Craft (hands-on here). No accident there– the brand is on a serious “space kick” and there is no sign of that lessening anytime soon. It started with the Romain Jerome Moon Dust DNA collection, but really took off with the Moon Invader collection (hands-on here)– the first range of models meant to emulate the look of space ships and other celestial landing craft. Having said that, the Moon Orbiter Tourbillon is the current flagship of all the RJ space watches. 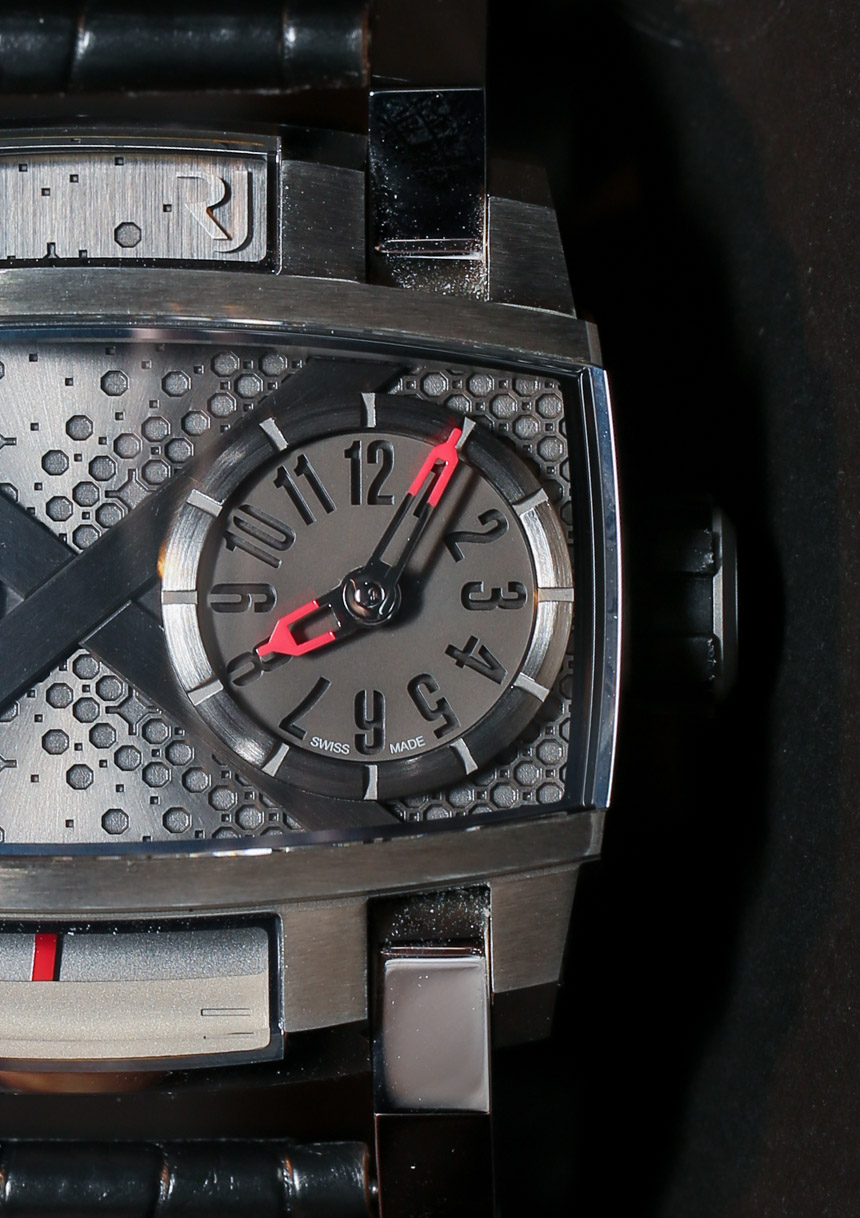 Back in mid 2013, I found myself sitting at a lounge in Las Vegas with Romain Jerome’s CEO Manuel Emch. Typically known for his black suit, white shirt, and black tie “work uniform,” Emch was relaxing in a polo shirt and jeans, wearing the Moon Orbiter Tourbillon. That is what the watch industry calls beta testing. If you work at the company (or run it) you get the privilege of wearing the new watches around to see how they work in real life. So I ask him, “how’s the watch working out?”

It is funny because as I ask him the question I think to myself how either totally awesome or completely inappropriate the watch is with his casual attire. At 48.5mm wide in steel, with a less than orthodox shape, it looks like a class-A nerd device that seems out of place in Vegas-style surroundings. I am imagining a guy who has his own helicopter to fly for fun and who has a custom desk chair made by H.R. Giger as the type of customer that would wear something like the Moon Orbiter Tourbillon casually; Someone who has no interest in steampunk because it is too full of hot air– someone that wants to go directly to modern sci-fi nostalgia. That is a born RJ guy. 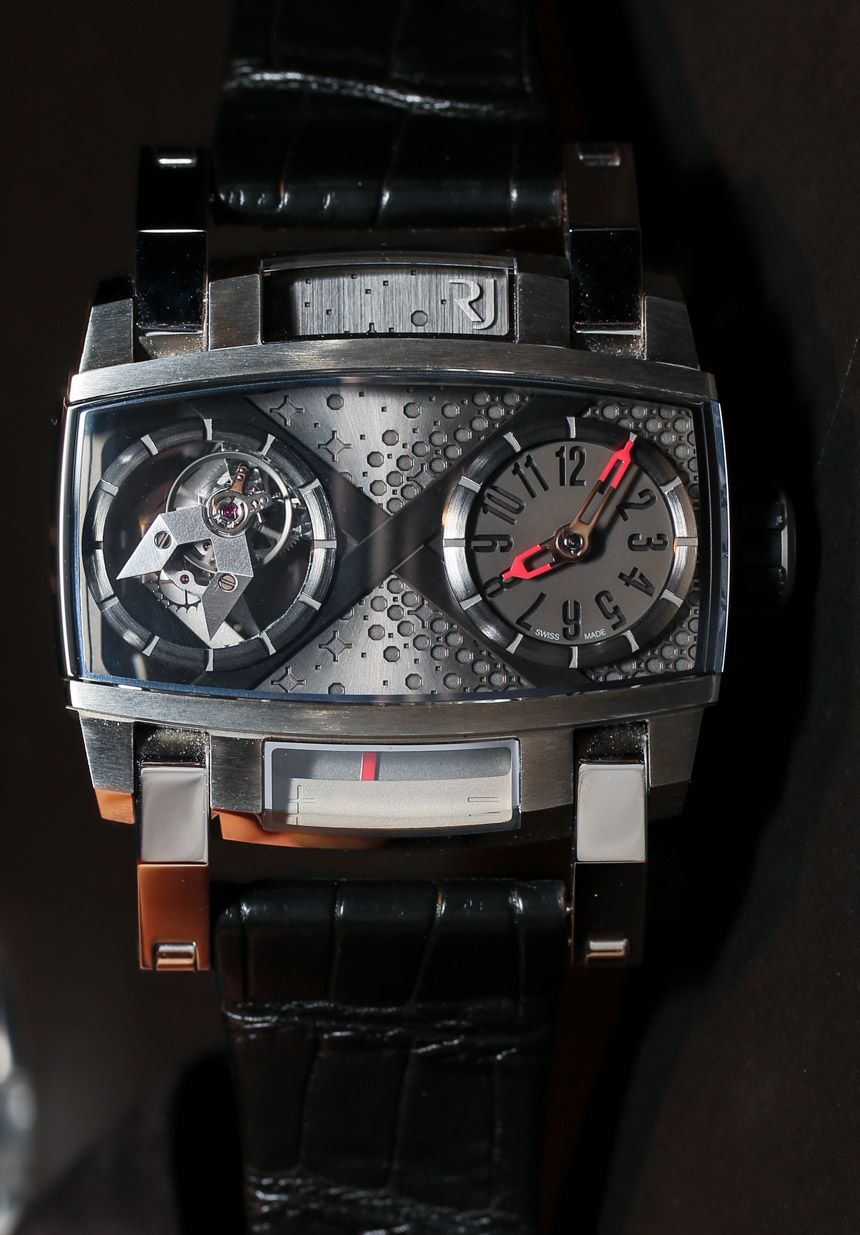