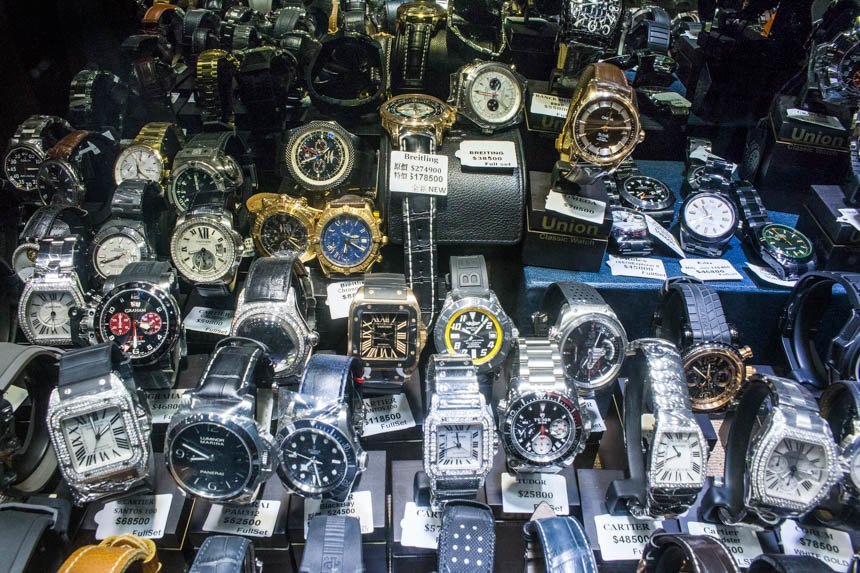 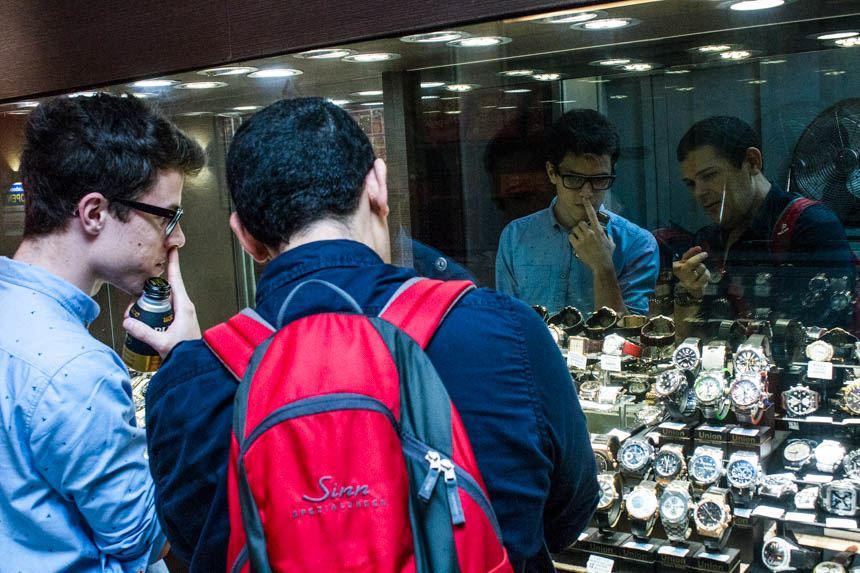 In addition to writing about new watches and reviewing them, I also participate in a lot of watch industry consulting and studies. I’m deeply interested in the larger business of producing and selling watches, as well as determining problems our industry faces and ways to resolve those problems. The watch industry has endured for generations because of the beauty and appeal of timepieces. However, the industry is not immune to changes in the market as well as its own (often stubborn) hesitation about adapting to a changing consumer environment. There are some major issues facing the retail side of the watch industry today – and I’m always eager to work with those entities seeking to educate the industry about these problems as well as offer potential solutions. My goal, as well as that of the overall aBlogtoWatch team is to serve as a consultative voice for both watch consumers and the industry which we work so closely with.

With that said, I found it interesting that a research project I recently consulted with discovered a lot of empirical data to support a few theories I had about issues facing the watch industry. Regularly speaking to a range of stakeholders in the watch industry ranging from the media, to watch makers, brands executives, retailers, and consumers gives me a unique perspective on the pulse of the industry as seen from a variety of angles. The diverse nature of those who I regularly interview and speak with offers me a broad look at what is going on, offering a top-level perspective unavailable to many people who hyper-focus on only their niche areas within the industry. Getting back to the point, working with Blueshift Research out of San Francisco, we were able to confirm my theories that the watch retail industry (at least in the US – but likely in much of the world) is being severely harmed by the size of the gray market sales of watches as well as the related concept of inventory glut. 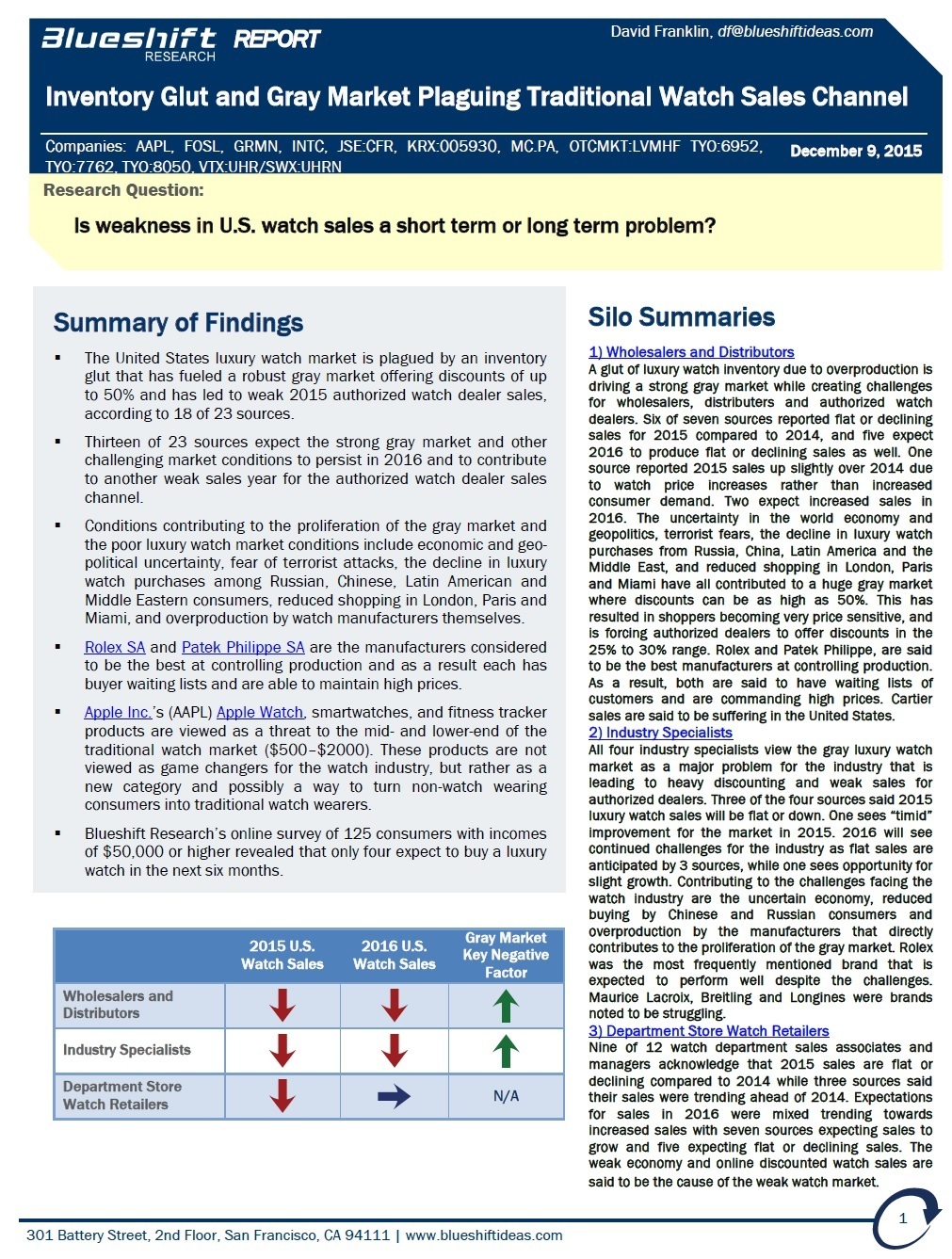 Over the years, I have touched on each of these issues in a range of articles that we’ve produced on aBlogtoWatch. Going back only a couple years, I want to bring your attention to my article “Explaining What’s Wrong With The Watch Industry in 2014,” where many of these topics are discussed. Later in 2014, I analyzed the state of the watch industry’s problems in Hong Kong here, where a lot of these topics came up again in discussing the specific issues facing the extremely important Hong Kong watch market. In reference to the issue of gray market problems and inventory glut, I suggested that the watch industry itself sell unsold inventory directly to consumers in this article here from 2015. Finally, industry captain Jean-Claude Biver echoed some of my sentiments about the watch industry’s retail problems in my recent interview with him at the beginning of 2016.

As you can see, I’ve been developing these concepts and conclusions over time per my expansive view of the watch industry from a truly international perspective. It is natural to be curious about the industry you are working in, and it is important for me to understand how changing economic, consumer, retail, and marketing environments affect things like how watches are sold and distributed. Too often, members of the watch media maintain an exclusively “product-driven” view of the industry commenting sometimes solely on new products and trends. For me, it is more important to understand the full stream of how watches are conceived, produced, marketed, distributed, sold, resold, and serviced. Ignoring any one of these areas causes a lack of understanding when it comes to being able to describe how the entire ecosystem comes together.

Going back to Blueshift Research, the question they were trying to answer in their research project was whether or not the weak watch retail market in the US was a short-term or long-term issue. In order to answer this question, they needed to first understand the reasons for why the US watch retail market was weak, and then determine if the problems were caused by external factors such as market conditions, or whether the problem was systemic – which means flaws in the retail model itself.

In consulting with Blueshift on the project, my main theory was that the issue was in fact the system, with limited amounts of external forces affecting the watch retail ecosystem as a whole. I pointed to two major issues that, in my opinion, do and would continue to contribute to the long-term negative outlook of watch retail in the United States – and the world. I want to clarify that I also said “people aren’t buying fewer watches.” The irony of the weak authorized watch retail market is that watch sales volumes are high. The problem, I explained, is that watches are not sold via the “official” authorized channels. Thus, watch sales are high, but the official numbers coming from the authorized channels make it look like sales overall are down. This is a major issue and something that I needed the larger industry to understand. 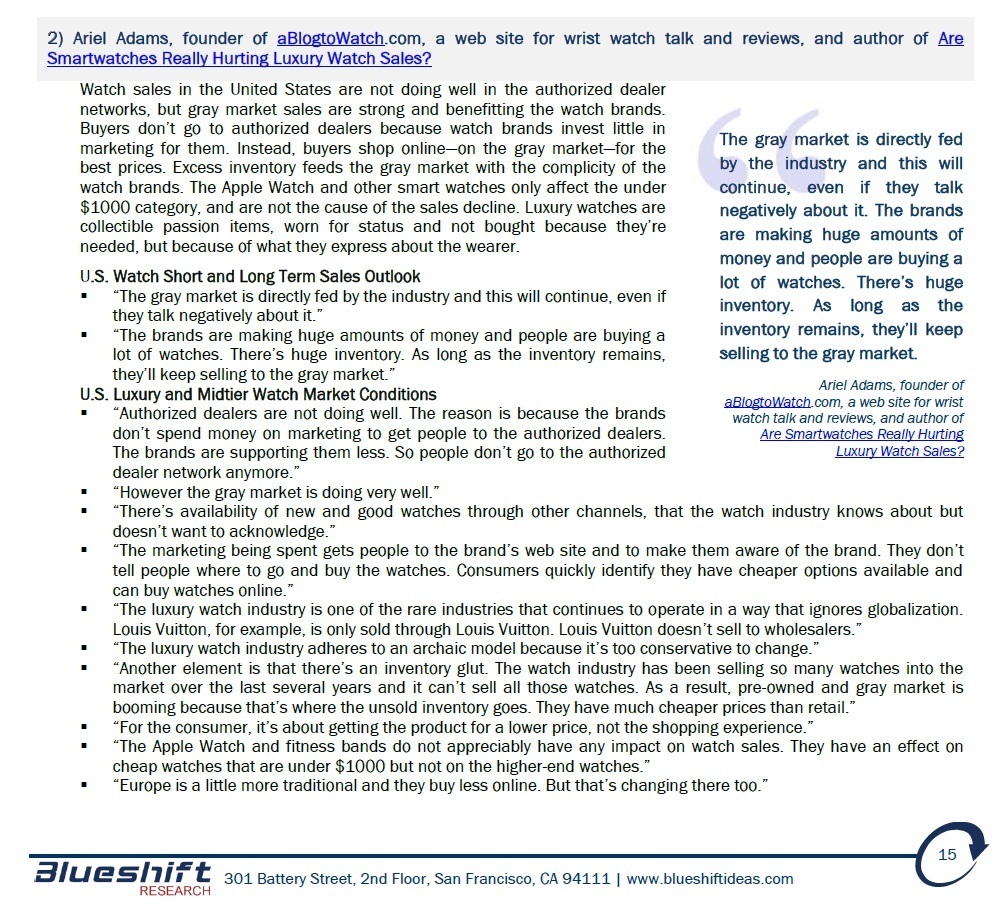 What is happening is that the traditional channels for selling watches aren’t able to compete with the culture of discounting which has stemmed from the proliferation of gray market (channels outside the officially authorized retailers) sales. The gray market survives because of their ability to sell timepieces at a discount below retail prices. This is because they are still able to make a profit. These mostly internet-based retailers do not have traditional overhead costs of retail locations or other expenses and are able to make money by selling watches at a lower margin. Moreover, they are often able to purchase stock at lower than wholesale amounts in many instances.

The gray market is thus able to sell new timepieces at significant discounts. We all like discounts, but here is where the consumer typically does not understand the bigger picture. Because the watch industry itself is able to “dump” unsold inventory directly to the gray market (traditionally, the gray market only survived through the sale of small amounts of unsold goods obtained from retailers), it is able to sell off massive amounts of unsold watches and maintain a “blind-eye” approach to what happens to it. Now, this causes other problems. Consider that a watch company that was once used to demanding $5,000 for a watch in a retail environment is now seeing their watches sold for $3,000 on the gray market. The new “street price” of that product becomes the de facto price consumers are now willing to spend. In order to combat this, the watch brand raises retail prices based on the notion that the street price will incrementally rise along with it. So using this example, if the $5,000 watch that sells for $3,000 wants to make more money, the brand simply raises the retail price (which is rarely actually realized) to $7,000. Now, the street price (which is often a fixed percentage lower than the retail price) increase as well. The brand hopes that consumer will now be happy with the “discounted price” of $5,000.

This is one of the major reasons why retail prices have skyrocketed over the last decade or so. Yes, there are other factors, but the gray market has caused the “Invicta-fication” of watch prices at even the highest end (“retail price $10,000, but yours for $5,000!”). My assertion is that the gray market’s size and reach has caused retail prices to soar to unreasonable levels – often because those prices are rarely actually realized. I don’t like it that it is the “chump” who goes into an authorized dealer and pays full retail. This is a sorry state for the watch industry to be in, and the utterly widespread culture of discounting creates a sentiment of distrust and suspicion on behalf of the consumer when they are asked to pay anything. For this reason, I feel that the watch industry has a serious reason to put actual effort into combating the gray market.

How do they do this? Well, for one thing, they need to stop producing as many watches. “Inventory glut” means that they are producing more watches than the market can bear. Most watch brands do not sell directly to consumers but rather sell watches in bulk via wholesale and depend on retailers to sell everything to end-consumers. This is what is known in the industry as the difference between “selling-in” to the market and “selling-through” to the consumer. Sell-in might look high because of the wholesale model, but sell-through to the consumer is not nearly as high because of pricing and demand issues.

Addiction to the wholesale model has hurt the watch industry because it simply doesn’t work in our modern world. We are past the point of watches being necessarily sold as a commodity (especially at the high-end), and with the introduction of the market globalization via the internet, factors such as currency fluctuations, transshipping, regional price discrimination, and the ease of global sales via the internet has made the traditional models for selling watches ponderous at best, and obsolete at worst. The future of the watch industry is in careful market control, price consistency and preservation, inventory glut prevention, and marketing efficiency (knowing who you are selling to and exactly how to reach them).

I cannot share with you the full 44 pages of the Blueshift Research report on “Inventory Glut and Gray Market Plaguing Traditional Watch Sales Channel” because this is what the company sends to their paying clients and that is how they make money (so sharing it all here would not be in their best fiduciary interest). I have, however, been able to show you the summary page and part of where my contribution was placed. It feels good to see data and research support my theories and observations about the industry that I work to serve. It can be frustrating and challenging to understand the extremely complex ecosystem that makes up the watch market. I think there is relevance here for all areas of the watch industry from brands to retailers, as well as consumers who themselves have to navigate this complicated arena. When it comes to the consumer, my goal is to simplify the process of buying watches, create less hesitation before making purchases, and offer clear sales channels to purchase watches that serve the needs of watch brands and consumers alike.