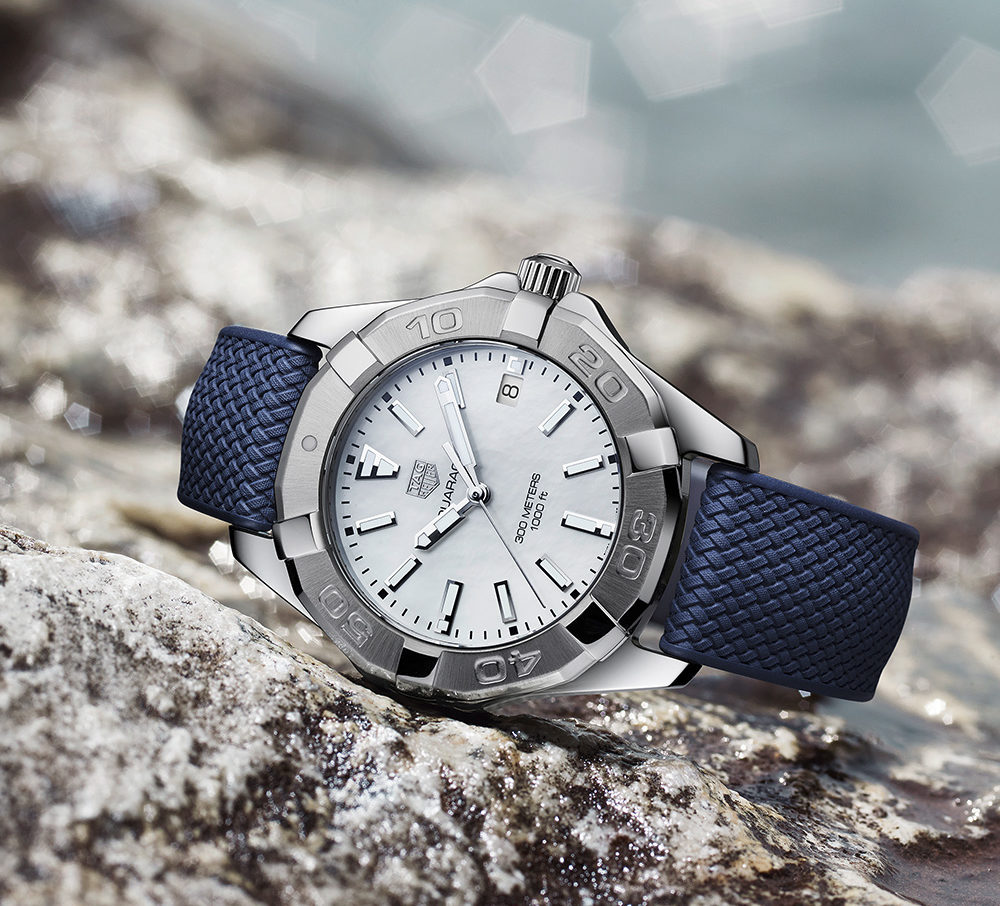 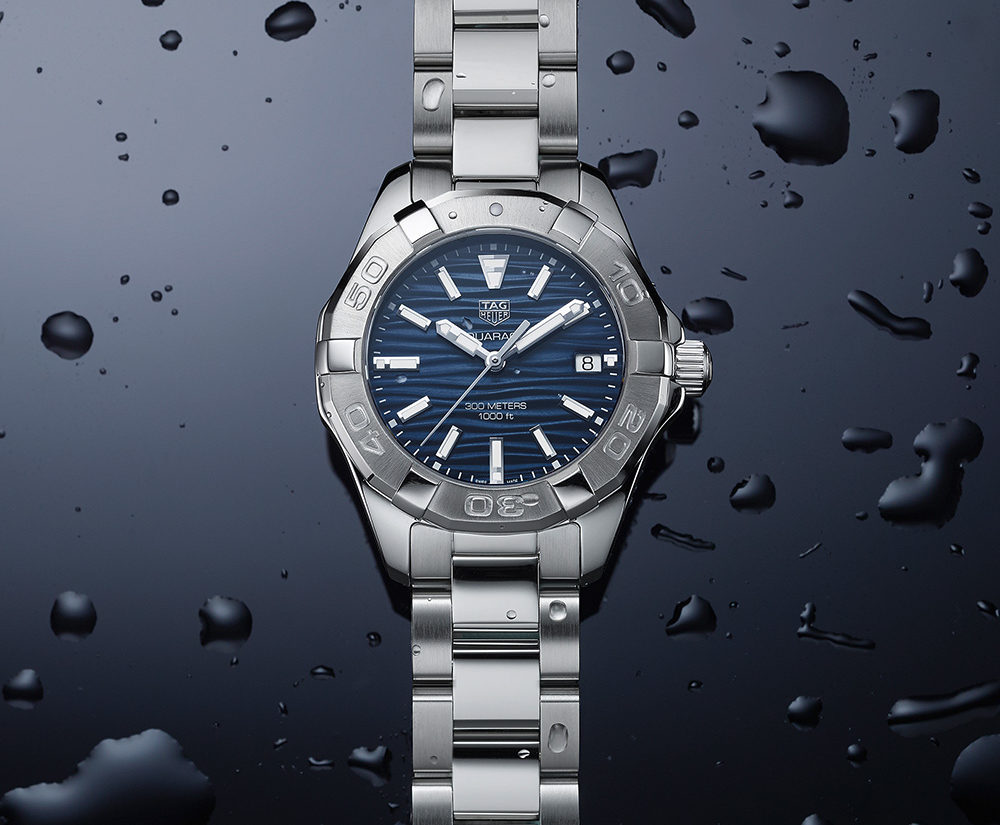 There are a lot of great tool watches for men, and the realm of diving watches, in particular, is dominated by men’s watches. If you’re a woman who likes the sports aesthetic and wants a real diver’s watch, then you already know about TAG Heuer. It was one of the first companies to start creating sports watches for women, introducing them during the sports watch craze of the late 1990s when most women’s watches were still mainly gold or gold-plated dress watches — that is, smaller versions of dress watches. 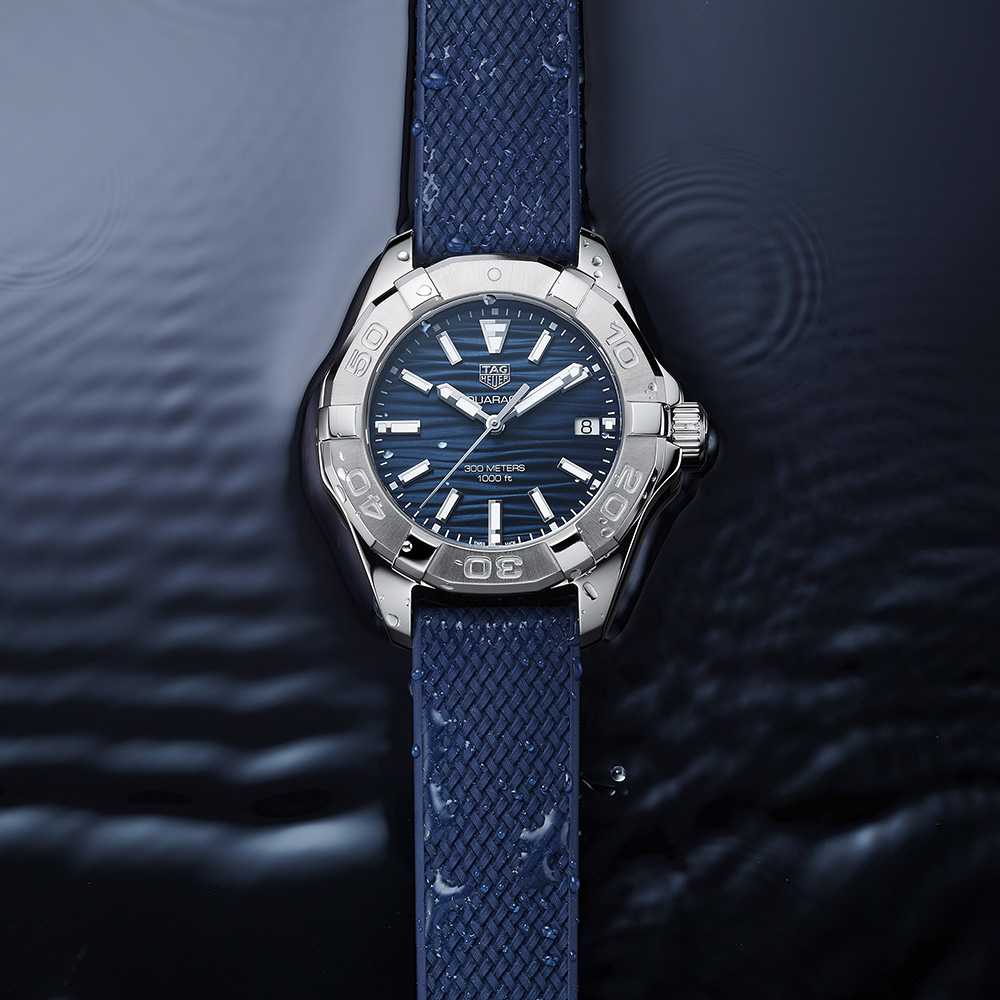 TAG Heuer was also one of the first brands to feature female athletes in its marketing, notably in its now legendary “Don’t Crack Under Pressure” marketing campaign of the mid-1990s. These women role models, who are strong both mentally and physically, were a refreshing departure from the images of glamorous or delicate women that were typical at the time in advertising. Current women ambassadors include tennis ace Petra Kvitová and model/activist Cara Delevingne. 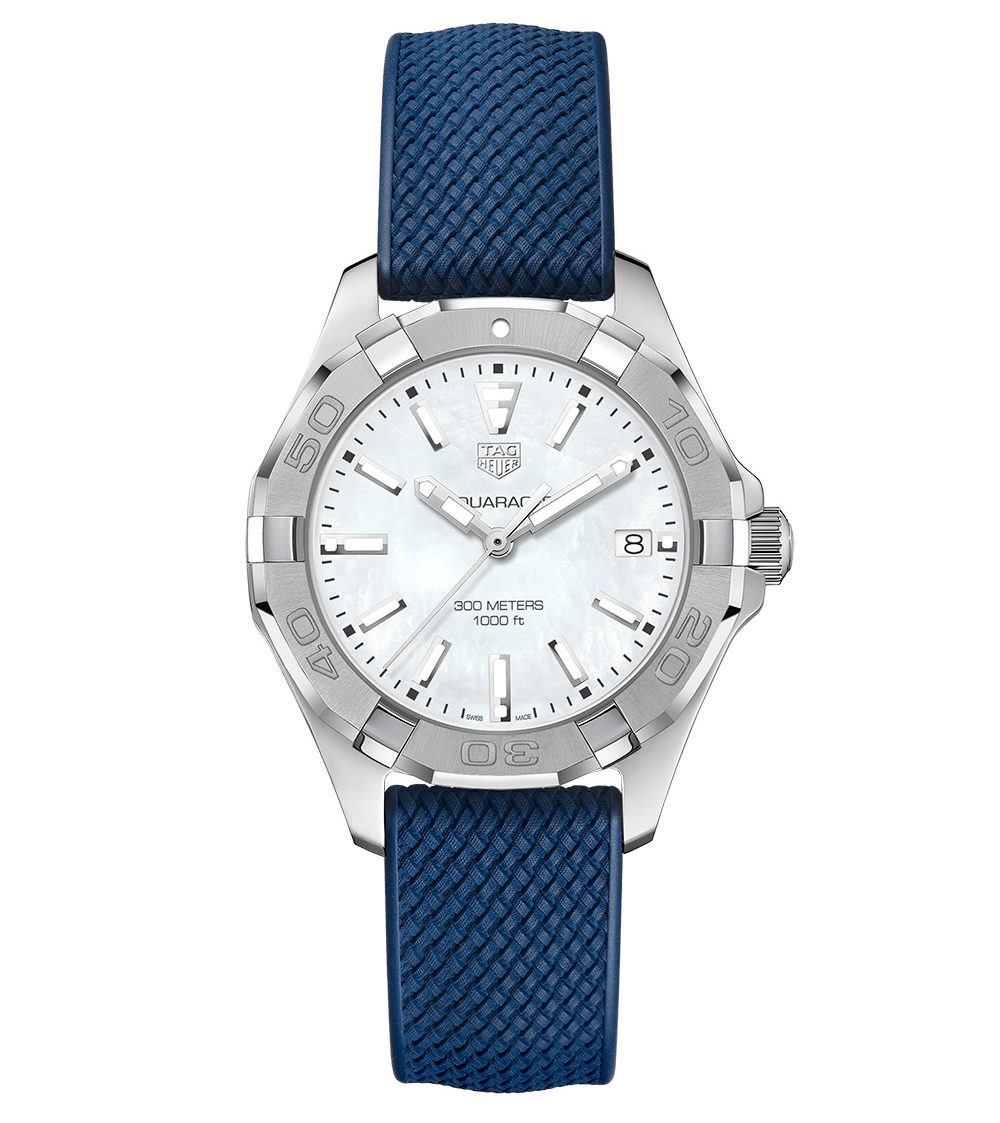 The Aquaracer collection came along in 2003, and while it has been refined since then, the basic design is still there, including the notched, angular bezel that rotates in one direction, and the large, lumed hour hands and markers. You can’t beat it for basic functionality, with a date window at 3 o’clock, a seconds hand, and 300-meter water resistance. There is even a double security clasp on the bracelet or strap. This is a robust diver’s watch that could stand up to any of the big-boy models on the market for a fraction of the price (starting at $1,700). 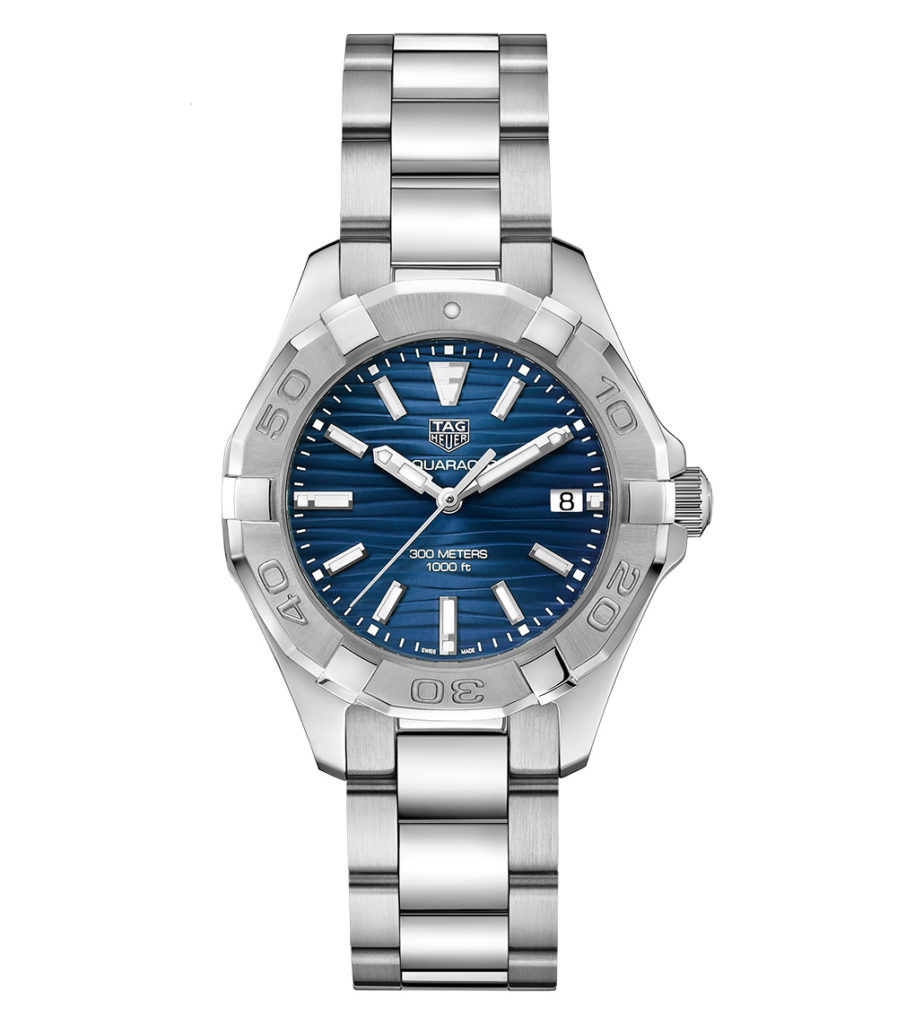 Yet, the Aquaracer still has feminine qualities. First, it is sized to fit a smaller wrist. At 35mm, it is at the large end of the size spectrum for a women’s watch, but that makes it right on trend and still smaller than virtually all diver’s watches on the men’s side, some of which are the size of hockey pucks. Secondly, there is a mother-of-pearl dial, tinted slightly blue, with a matching blue rubber strap, which makes the watch as fashionable as it is it tough. The cross-hatch pattern on the strap is a great detail; it is designed to resemble the texture of sailing ropes. There is also a cool blue dial that is subtly engraved with a sand/wave pattern, with a matching blue rubber strap or a triple-link stainless steel bracelet. The hands and indices are rhodium-plated and coated with white Super-LumiNova, covered with a sapphire crystal. The movement is quartz.