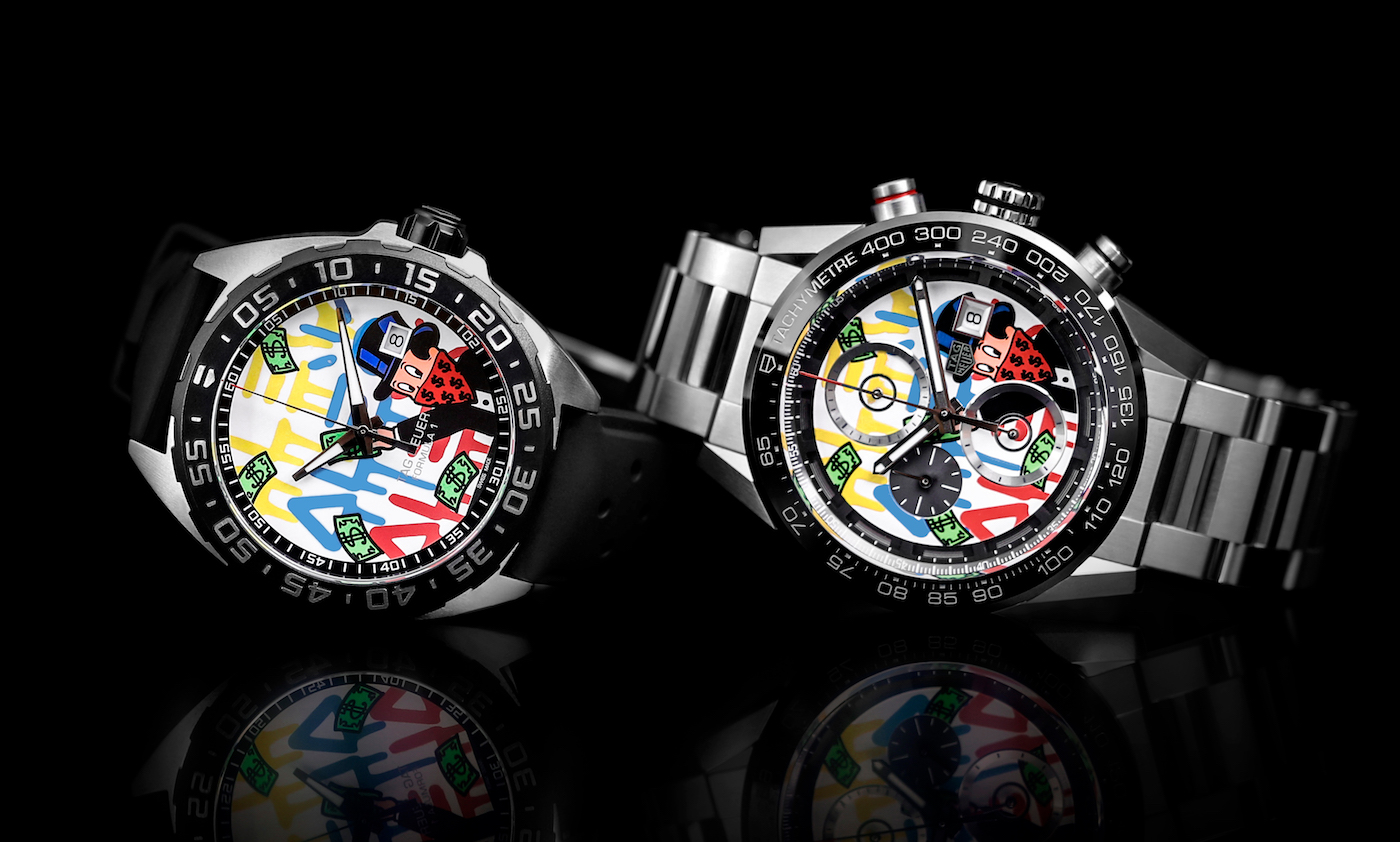 TAG Heuer has announced its second partnership with “art provocateur” Alec Monopoly. Featured in this release are two new watches: The TAG Heuer Formula 1 Alec Monopoly watch is a simple three-handed quartz model, while the TAG Heuer Carrera Alec Monopoly watch is an automatic chronograph. Both watches utilize the same dial motif, the only difference in presentation being the presence of sub-dials on the Carrera. Although the added functionality is a plus, I much prefer the uncluttered view afforded by the Formula 1 model.

Collaborations are nothing new for TAG Heuer. The brand thrives on ambassador partnerships and event sponsorship. I often fear that they fall short with their watch releases, but their name carries so much weight they seem to sell just fine, anyway. 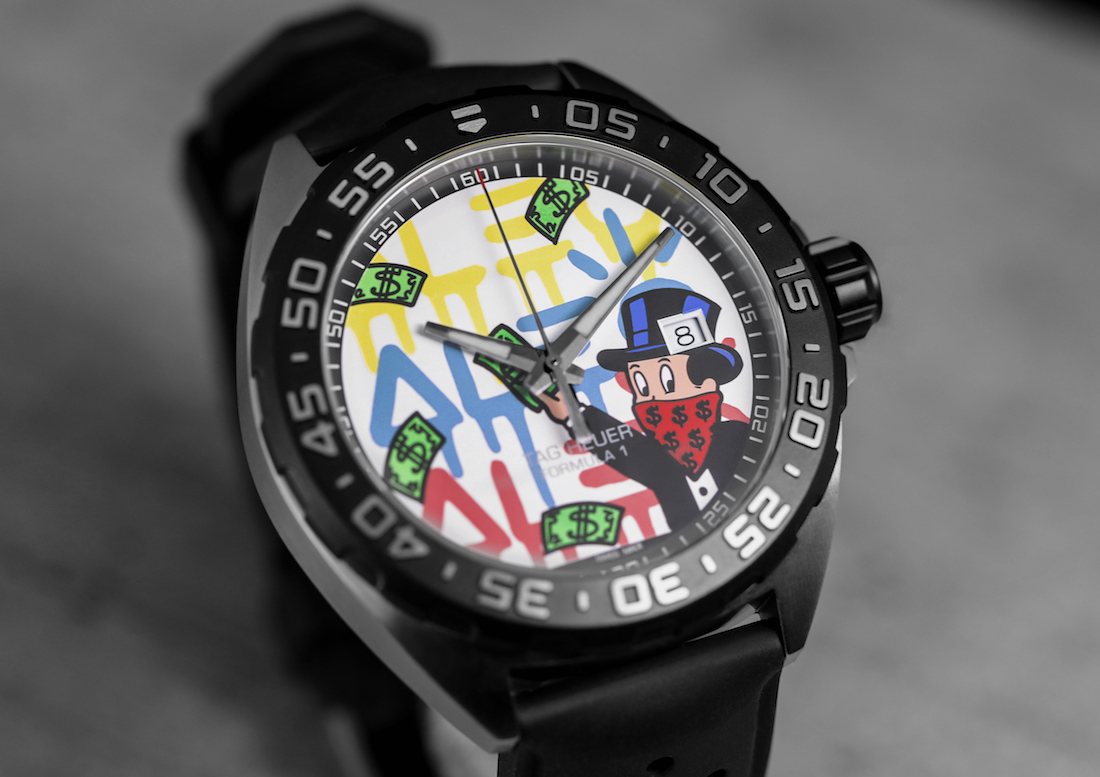 These artistic collaborations are perhaps the high points of the brand’s calendar, for me. Other brands have successfully forged similar relationships; Keith Haring and Grems for Swatch, André Saraiva for Parmigiani, and Richard Orlinski for Hublot spring to mind as stand-out examples. TAG Heuer has had a lot of experience working with people from outside the industry. As a result, their artsy pieces come off rather nicely. 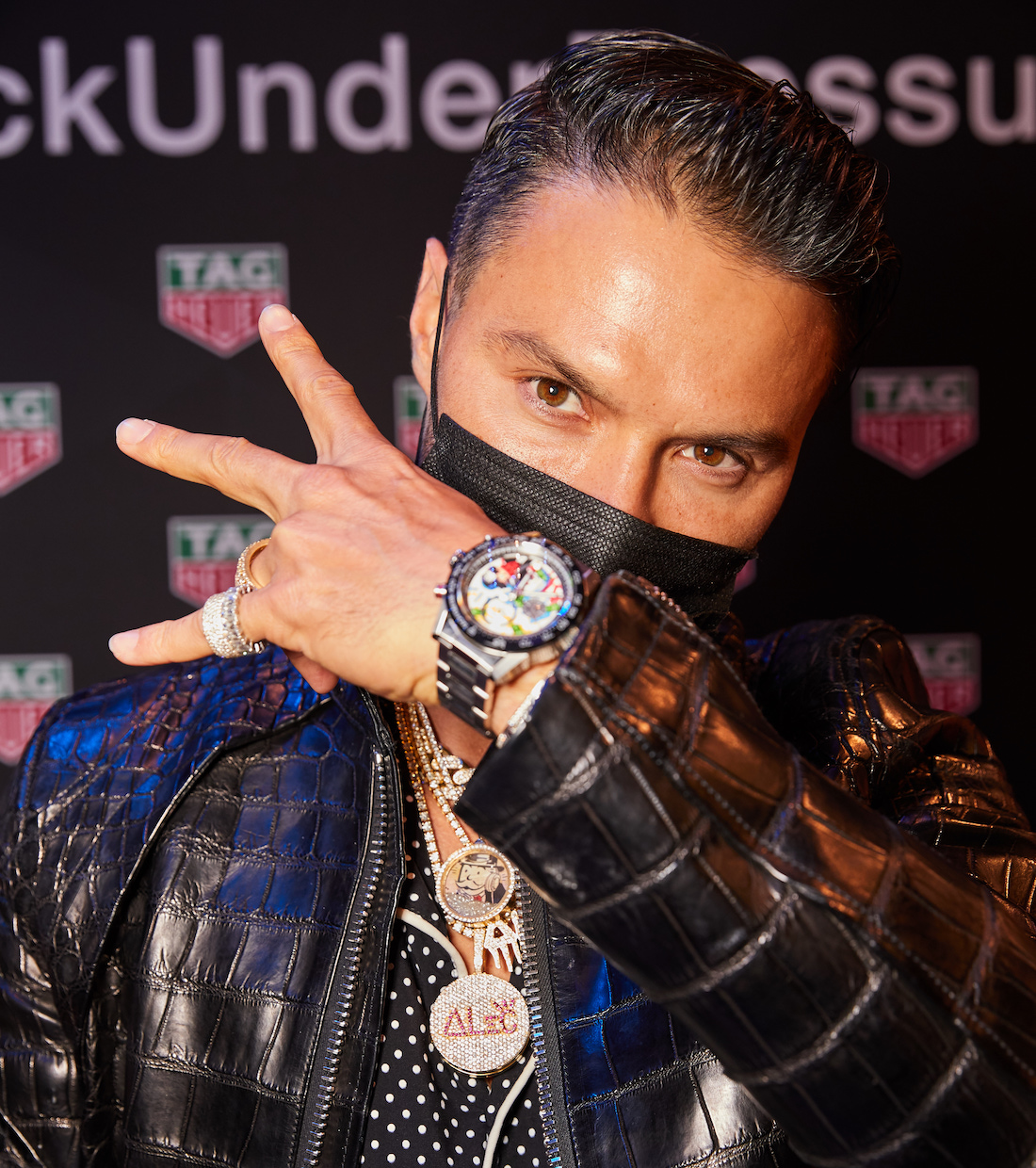 Alec Monopoly is a street artist who became famous around the financial crash of 2007-2008. His bright, accessible artwork often satirizes financial institutions or legislation. His signature — a scrawled rendering of his first name — adorns the caseback of the Carrera model and, in triplicate, makes up both dials’ backgrounds. 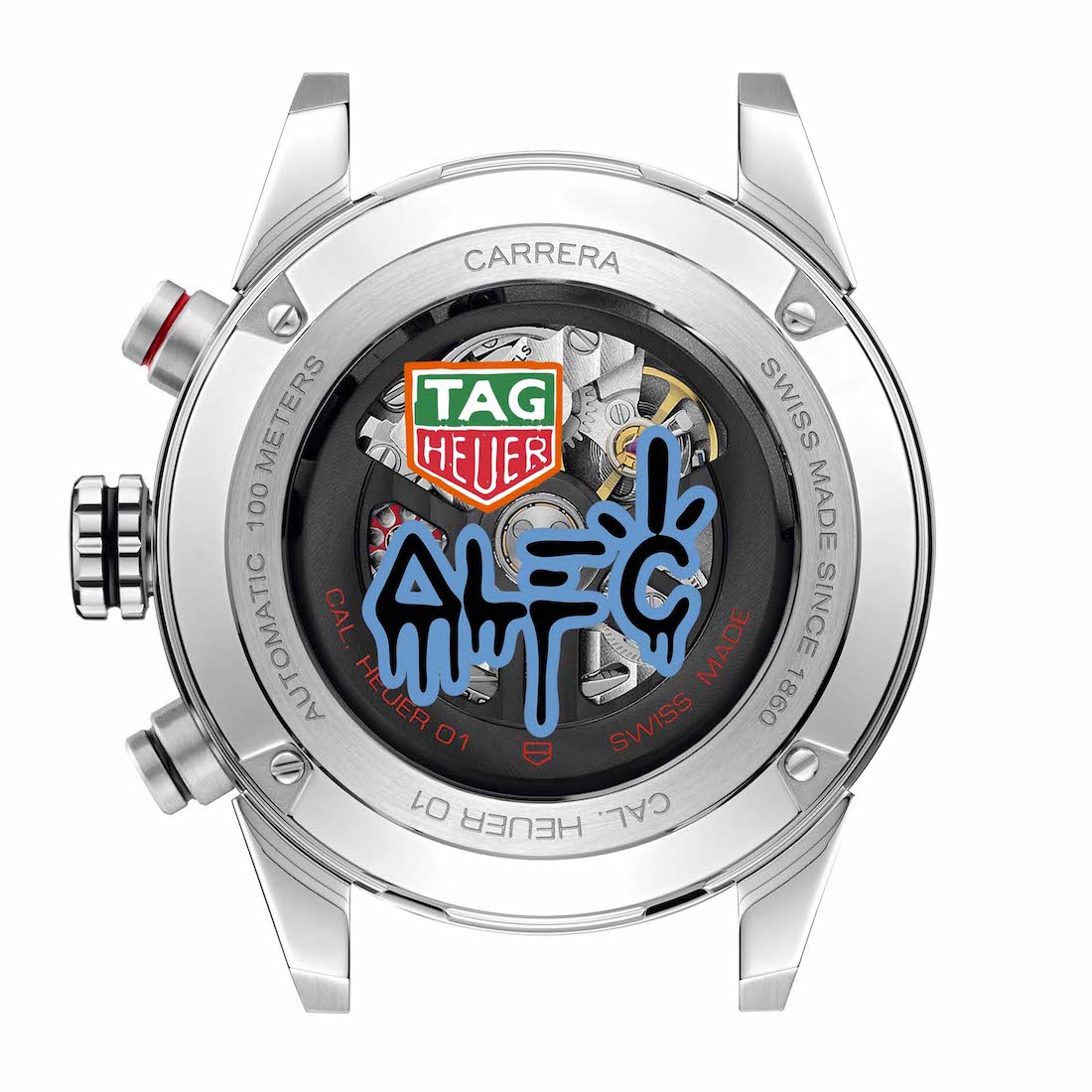 Normally, neither the base Carrera or Formula 1 model would interest me. It is quite bizarre, then, that I find myself taken by both these pieces. It is entirely down to the dial, which I think is fun, sharp, and potentially very collectible. The marriage between watchmaking and art is a natural one, dials are an excellent canvas for artistic ideas. Alec Monopoly’s reputation is growing, thanks to the increasing relevance of his artwork. Consequently, now may be a ripe time to buy in. 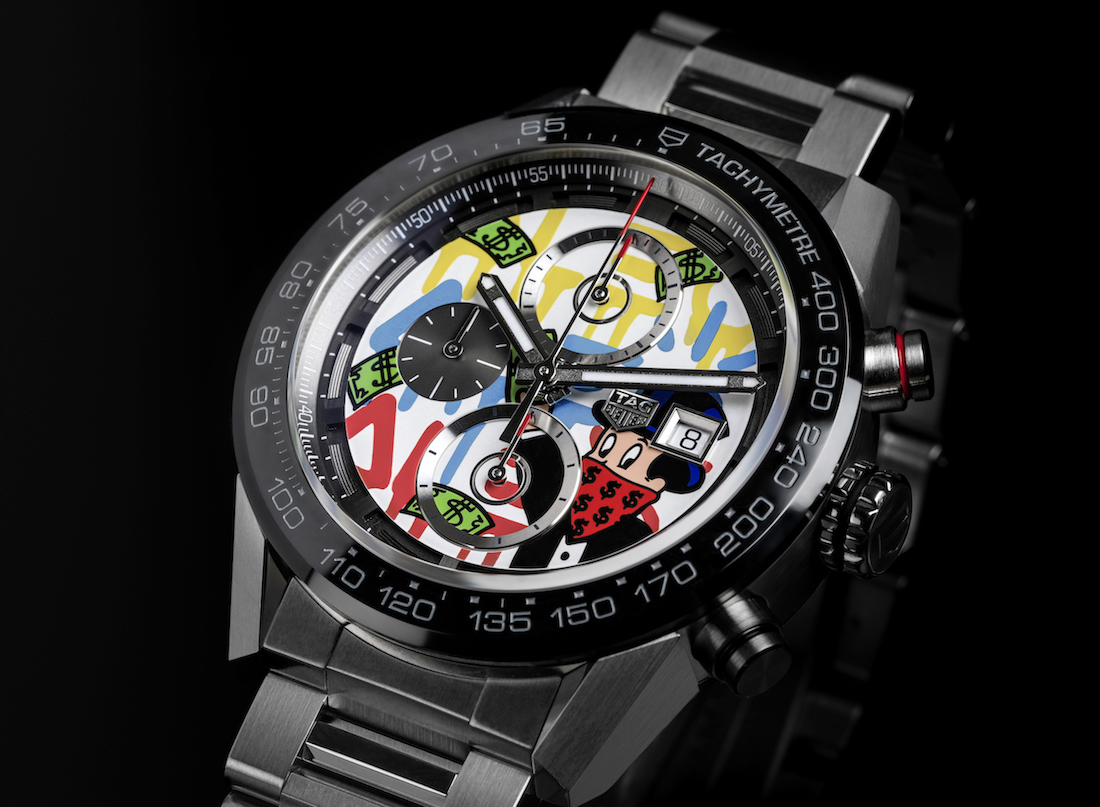 The TAG Heuer Carrera Alec Monopoly watch features the in-house Heuer Caliber 01 automatic chronograph movement, an operating speed of 28,800vph, and a power reserve of at least 50 hours. The stainless-steel case is 43mm-wide and delivered on an H-link bracelet. 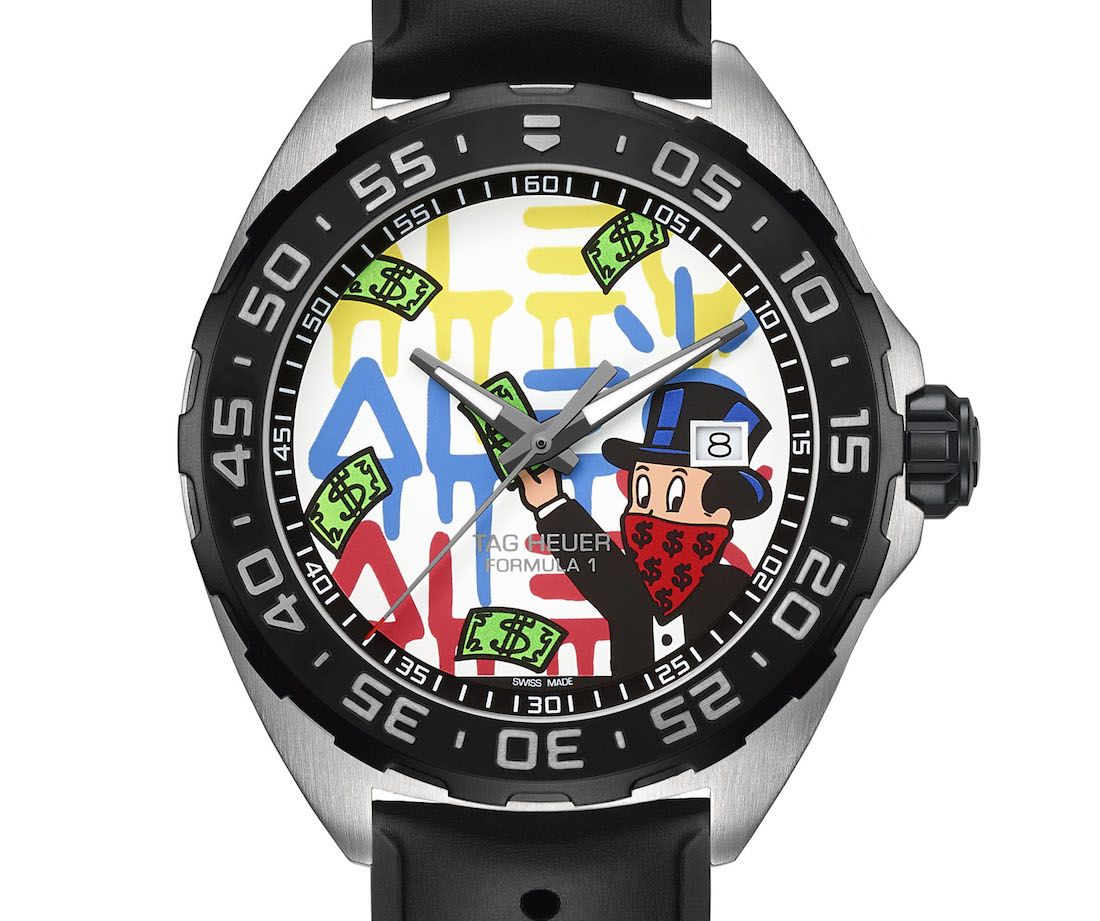 With a slightly smaller case (41mm) and a quartz movement, the TAG Heuer Formula 1 Alec Monopoly watch is the entry-level option. The artistic dial is framed by a PVD/brushed unidirectional bezel for tracking elapsed time. 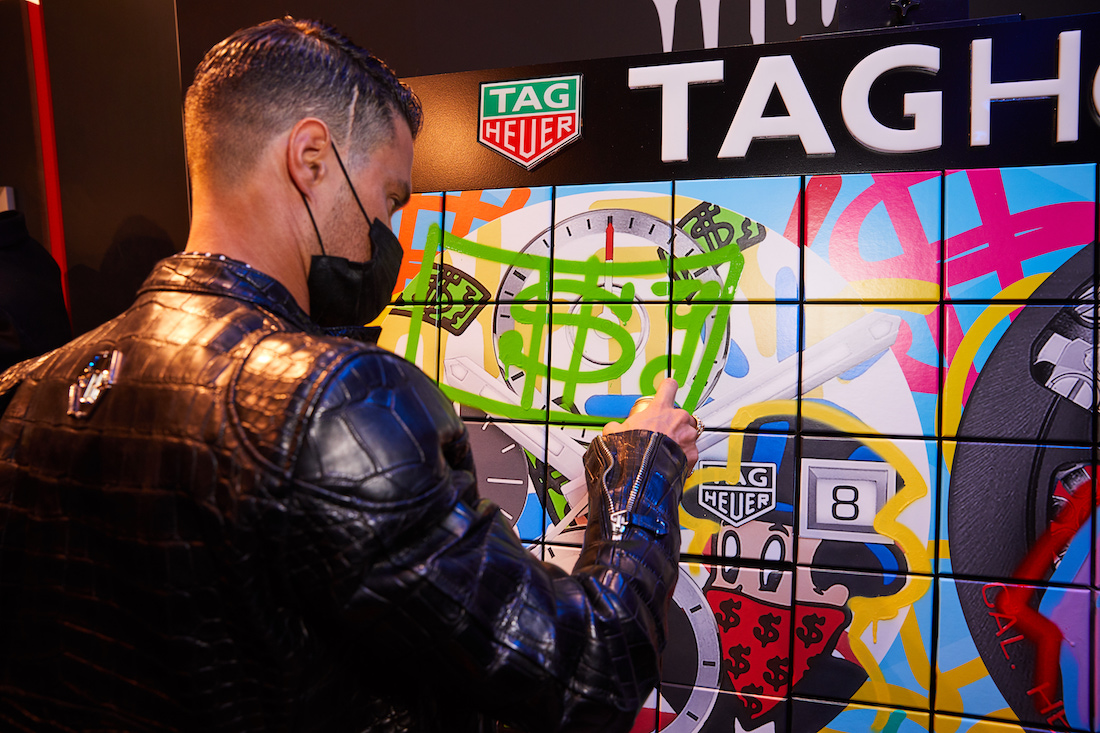 I never thought I’d see the day I would consider adding a TAG Heuer to my collection, much less a Formula 1. But here we are. I love the story. I love the artwork. And I’m certainly not against the price of the latter. The TAG Heuer Formula 1 Alec Monopoly watch is $1,250, while, at the other end of the spectrum, the TAG Heuer Carrera Alec Monopoly will retail at $6,050 (a little pricey). A four-and-a-half-grand premium on the Carrera seems a bit much, given that these pieces scream fun rather than haute horlogerie. One nice touch, however, is that both watches come in a collectible box, featuring a cool graphic. Those lucky enough to attend the launch event had the opportunity to purchase one of 50 boxes that were further customized that night. Visit tagheuer.com for more information.