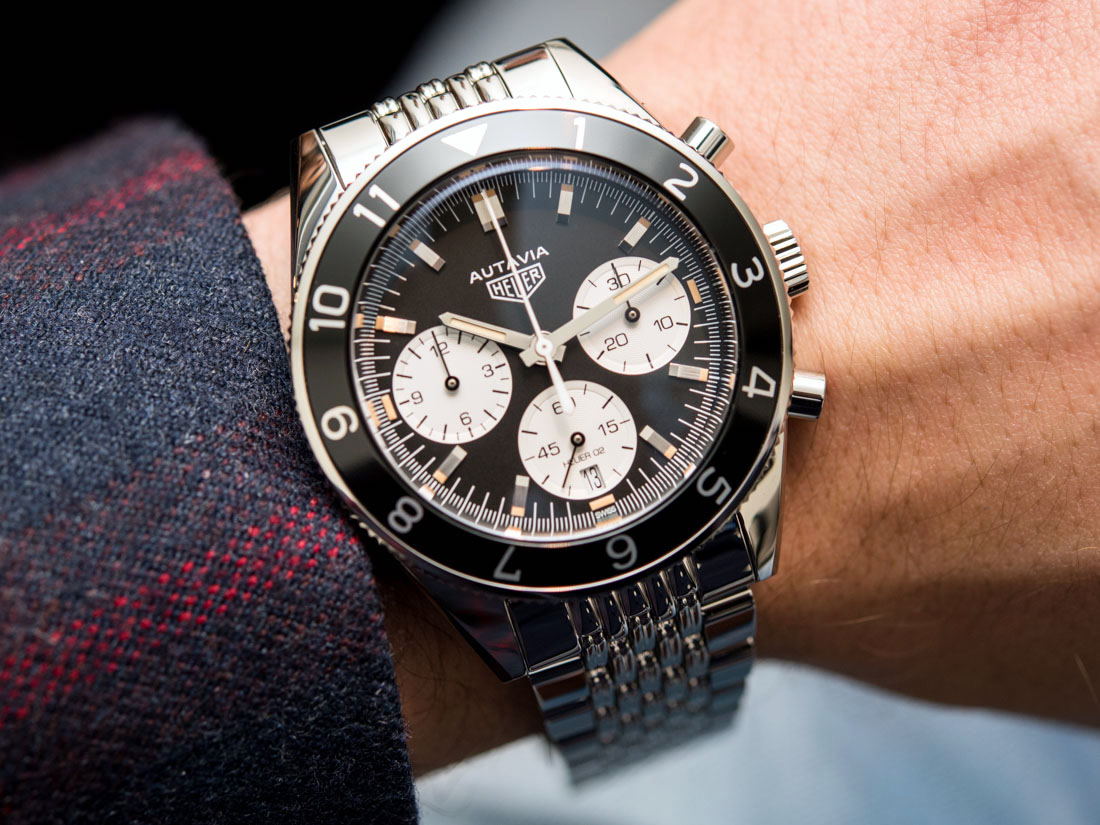 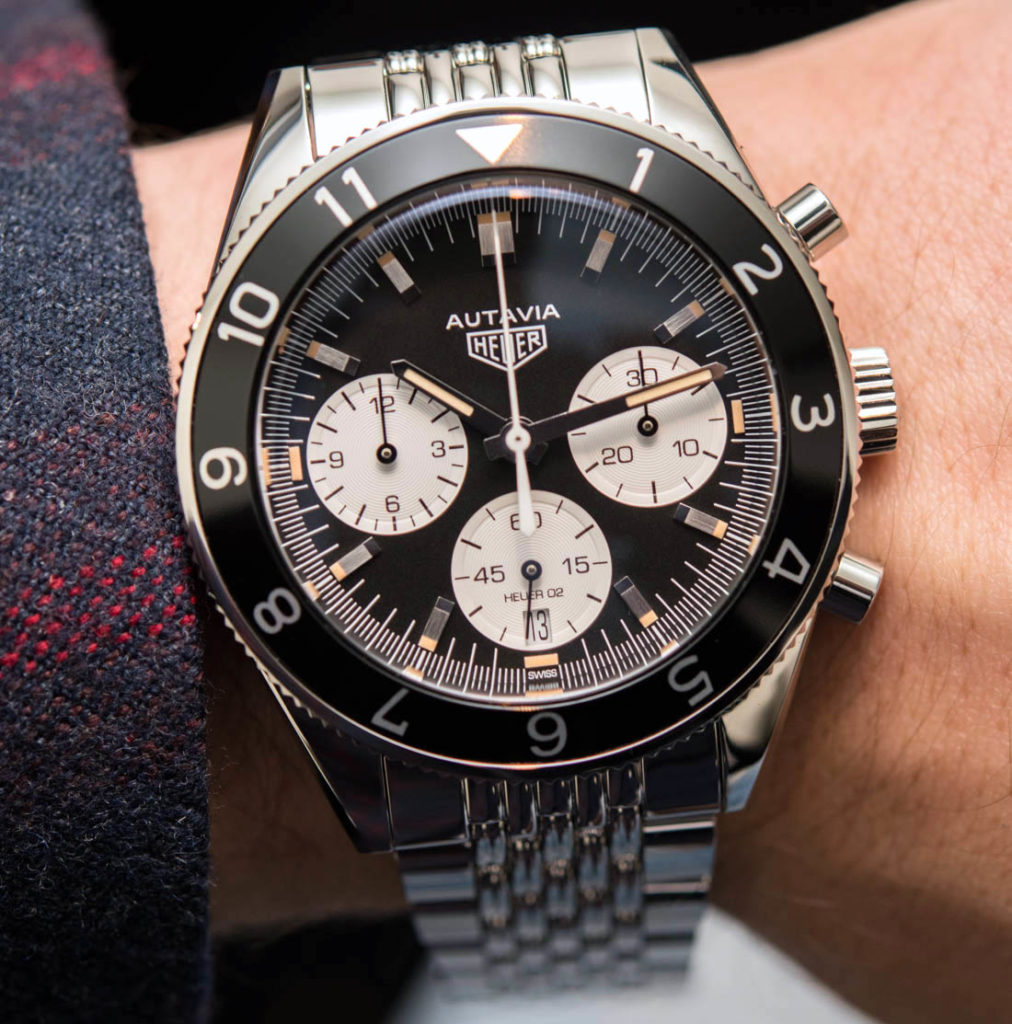 I am pretty sure that my next TAG Heuer watch will contain their still very fresh in-house Calibre Heuer 02 movement – which happens to be the engine powering the new for 2017 TAG Heuer Autavia. This fantastic movement debuted a few years ago as the TAG Heuer Caliber 1969 and was later renamed to the CH 80 before its production was put on hold. Only a few movements were made and cased into watches called the Carrera CH 80, which I would imagine will be rather in-demand collectors’ items. The caliber Heuer 02 came back in a more complicated form as the base of the Heuer 02T tourbillon (aBlogtoWatch review here), which powers the most affordable Swiss Made COSC Chronometer certified tourbillon, also produced by TAG Heuer. Watch lovers can finally rejoice after a several-year wait, as the Calibre Heuer 02 is finally ready for prime time production – as the retro-styled TAG Heuer Autavia is the first place to get it. 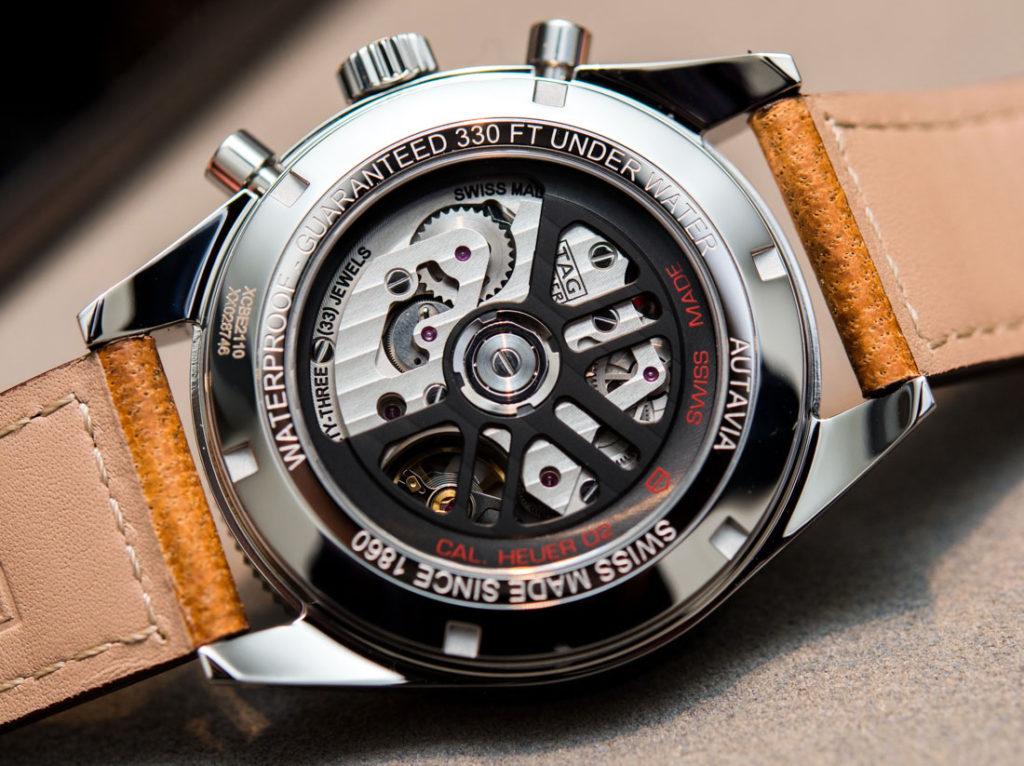 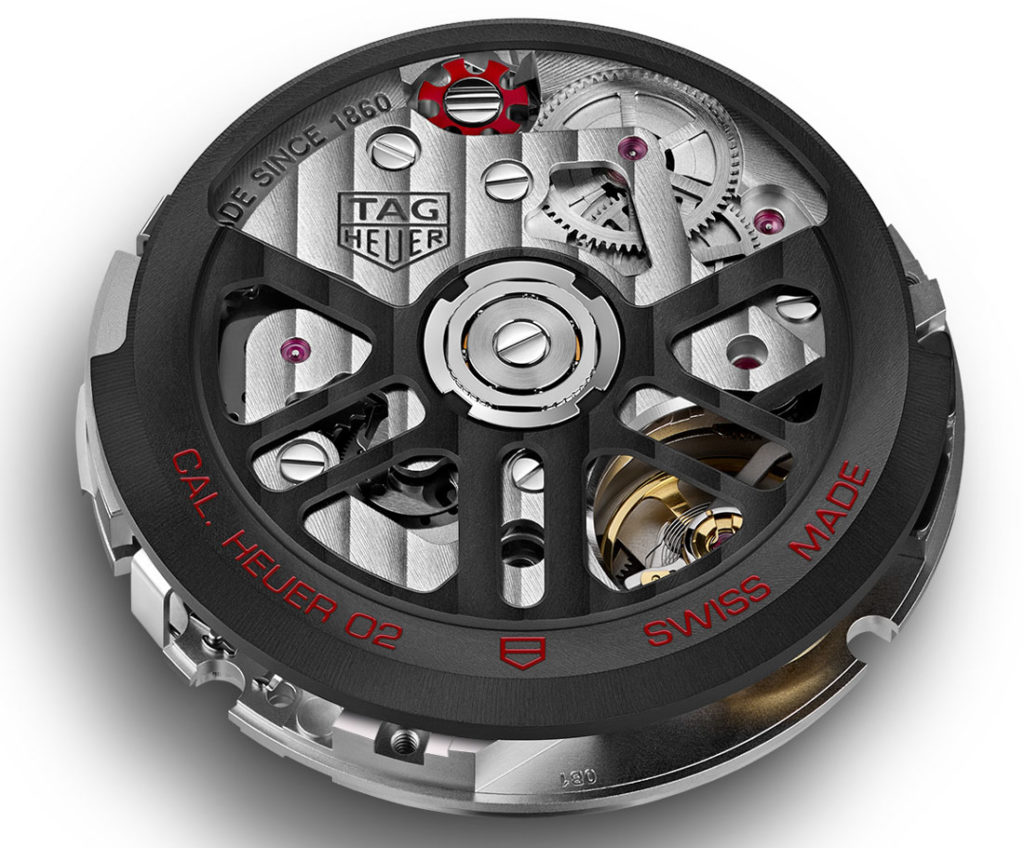 I won’t lie that it takes a lot of TAG Heuer education to understand the larger appeal of a watch like this. Not only is there the historic placement of the Autavia in the Heuer family since the 1950s, but also the importance of vintage timepiece such as this in modern watch collecting. It takes an especially seasoned watch lover to understand why a re-issue of a retro watch with a brand new, rather technically sophisticated (albeit purely mechanical) movement has a high level of appeal for collectors.

Moreover, TAG Heuer actually polled its own collectors on what particular vintage Autavia to remake in modern form, and aBlogtoWatch was apparently a big part of that. Almost exactly a year ago, we published an article on the “TAG Heuer Autavia Cup,” which was an online poll to ask watch lovers what particular design TAG Heuer should make for the “new Autavia.” TAG Heuer commented to us that the aBlogtoWatch audience was a pivotal part of the voter base. 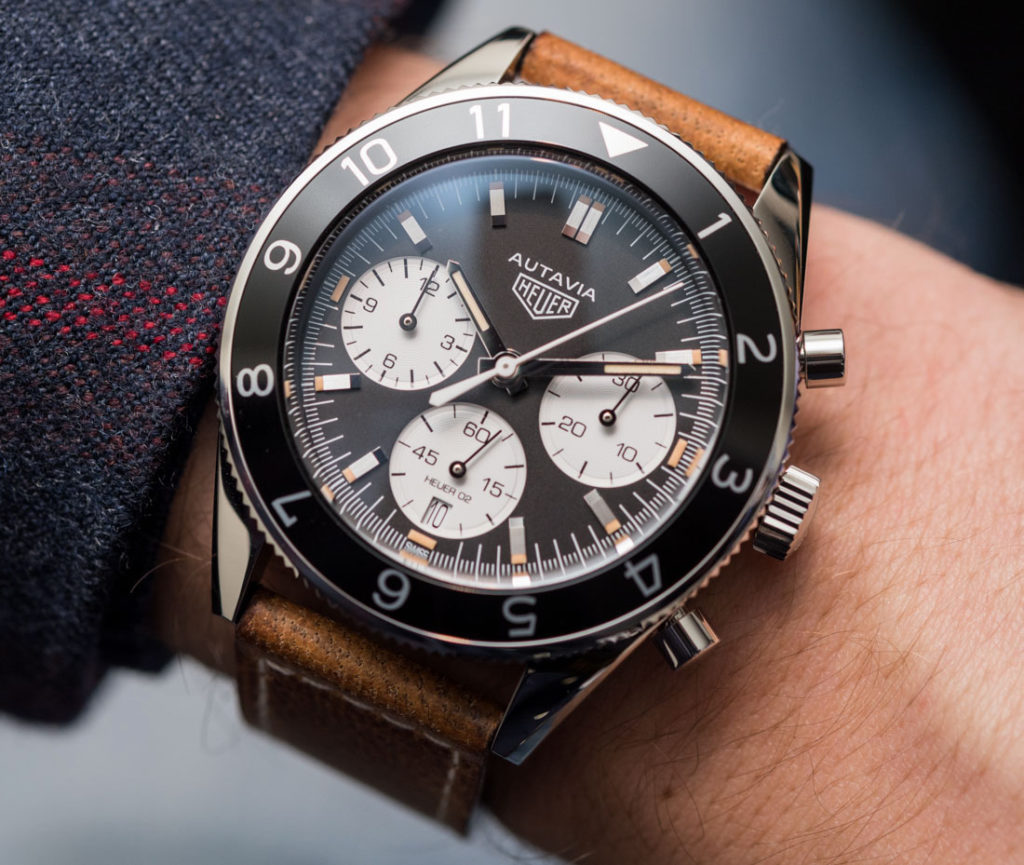 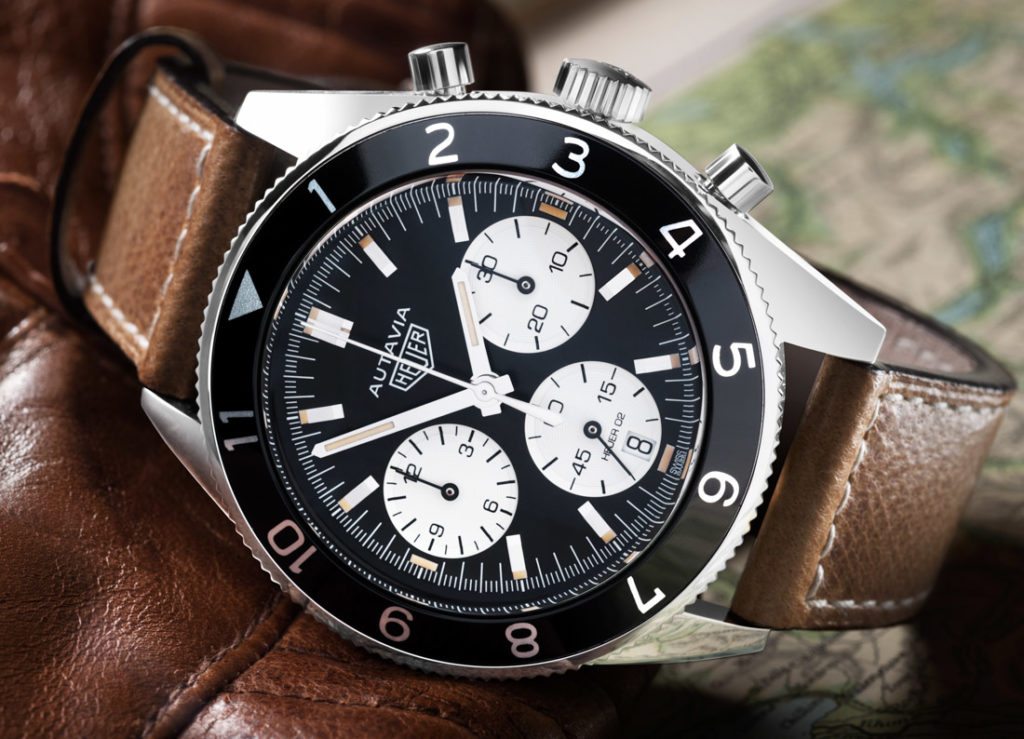 In September of 2016, TAG Heuer previewed a prototype of the Autavia during a collector’s summit. Now, at Baselworld 2017, the new TAG Heuer Autavia is not only officially debuted, but according to TAG Heuer, immediately available for sale in stores. Two versions of the “Nina Rindt” re-issue TAG Heuer Autavia will be available, with one on a “rain grain” steel metal bracelet (reference CBE2110.BA0687), and the other on a brown vintage-style leather strap (reference CBE2110.FC8226). Otherwise, the two models are the same. Given the already apparent success of the TAG Heuer Autavia watch, its desirable movement, and accessible price point – it does beg the question of where TAG Heuer will both take the newly re-animated TAG Heuer Autavia collection, as well as the Calibre Heuer 02 movement next? 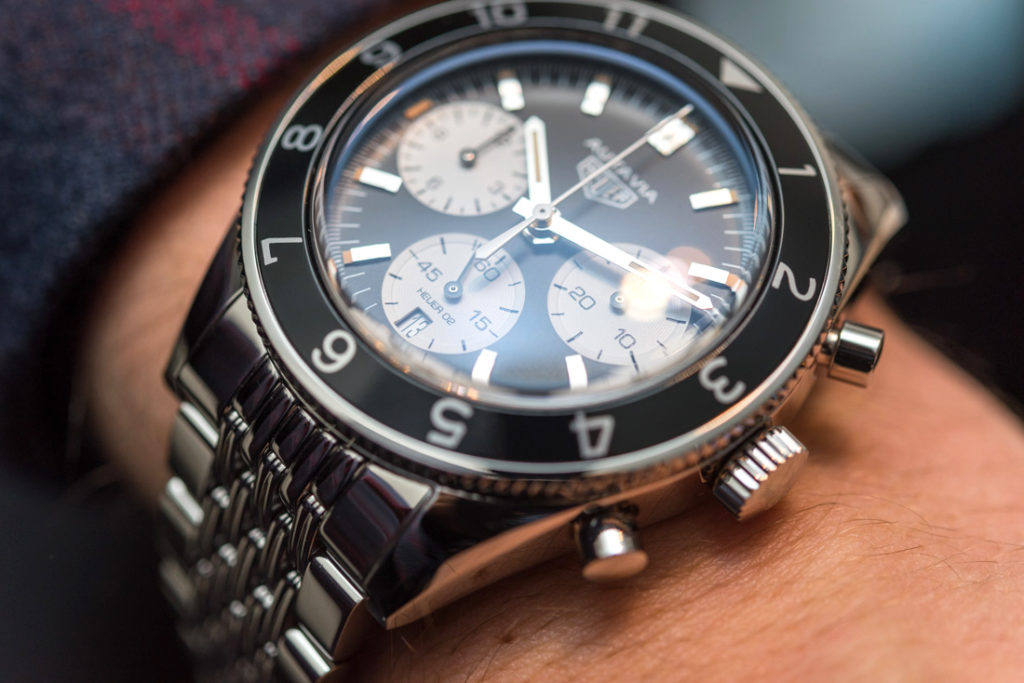 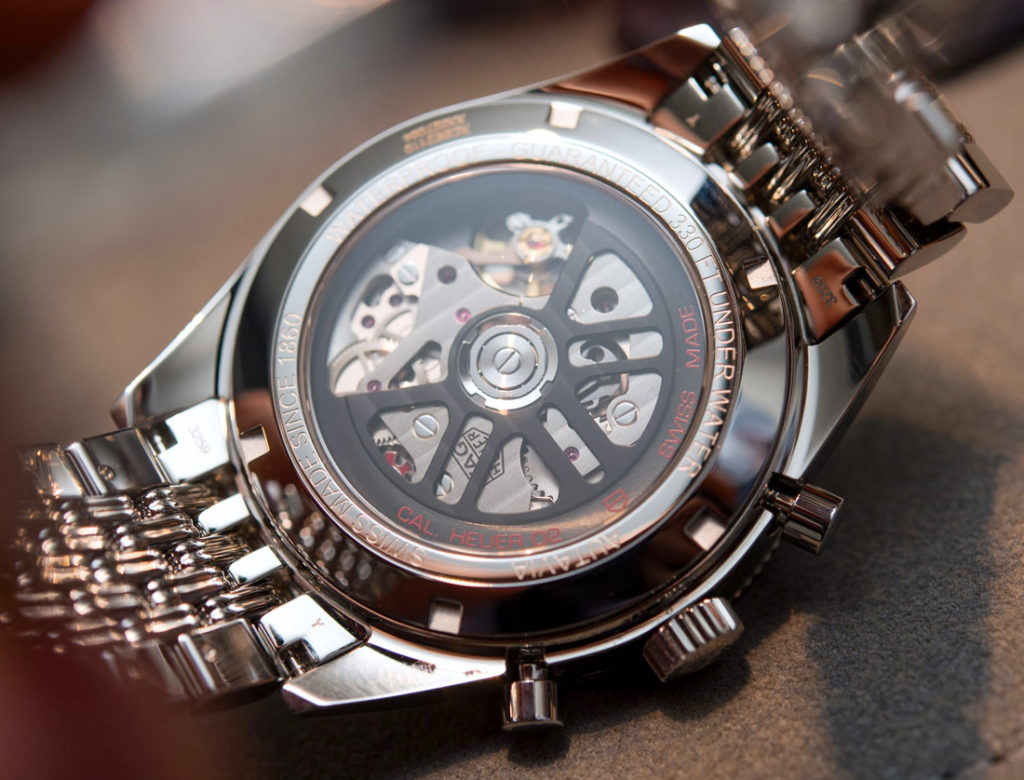 The TAG Heuer Autavia Calibre Heuer 02 comes in a polished steel case that is 42mm wide. True to the originals, it has a bi-directional rotating timing bezel with a black aluminum hour marker insert. The most desirable trait of the watch from a collector’s standpoint is the “panda dial” style which means the subdials are a contrasting color from the dial on a more or less monochromatic palette. This not only emphasizes legibility but happens to look beautiful as well. Note the use of “Heuer” only on the dial even though this is a modern TAG Heuer watch. The brand continues to do this for its patently “retro” models such as the new TAG Heuer Autavia.

Thankfully, you can view the caliber Heuer 02 movement through the caseback – and it offers a lot of contrast with the otherwise vintage style of the watch given how modern it looks. It feels like opening up an old muscle car and finding a modern engine block inside. It is actually pretty cool. 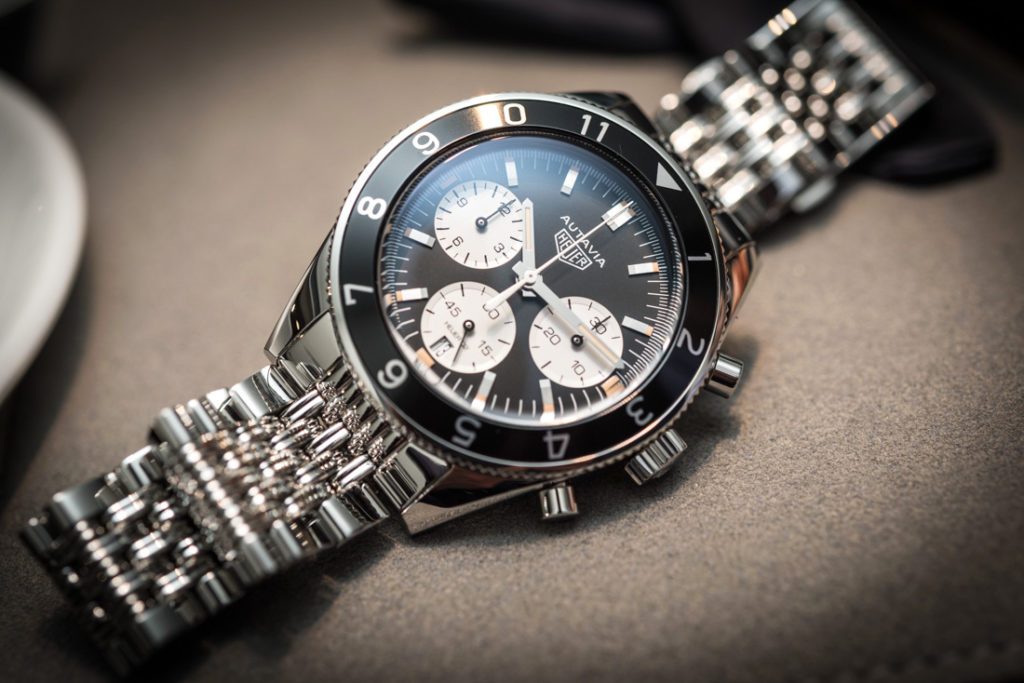 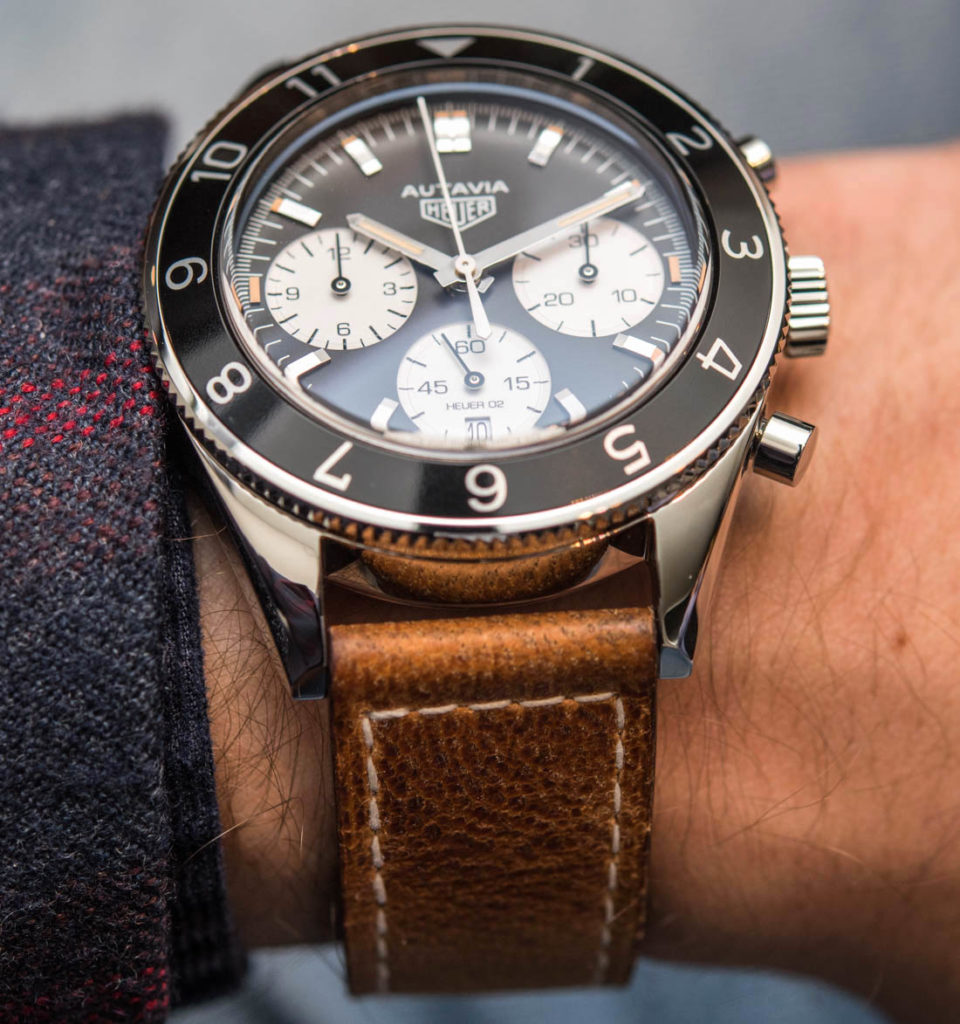 The caliber Heuer 02 automatic movement is pretty impressive from a technical specification perspective. Further, it is totally conceived and built in-house by TAG Heuer. Produced from 233 parts, this automatic 12-hour chronograph movement has a symmetrical triple subdial layout, operates at 4Hz, has 80 hours of power reserve, and includes a chronograph with both a column wheel transmission system and a vertical clutch. In addition to the time and chronograph, there is a date window discreetly placed in the subdial over 6 o’clock.

TAG Heuer renders the Autavia to look like a vintage watch, but it sure doesn’t feel like one. Pretty much the only “retro” construction element is the black anodized aluminum bezel. Though, this does help add to the overall retro look. TAG Heuer polished the case very nicely, and it feels both solid and comfortable on the wrist. Both the old-style brown leather strap and “classic” retro bracelet look good, and with a $150 price different between the two, which one you go with is really a matter of taste. As I always tend to go with bracelets, you know which one I’d choose. 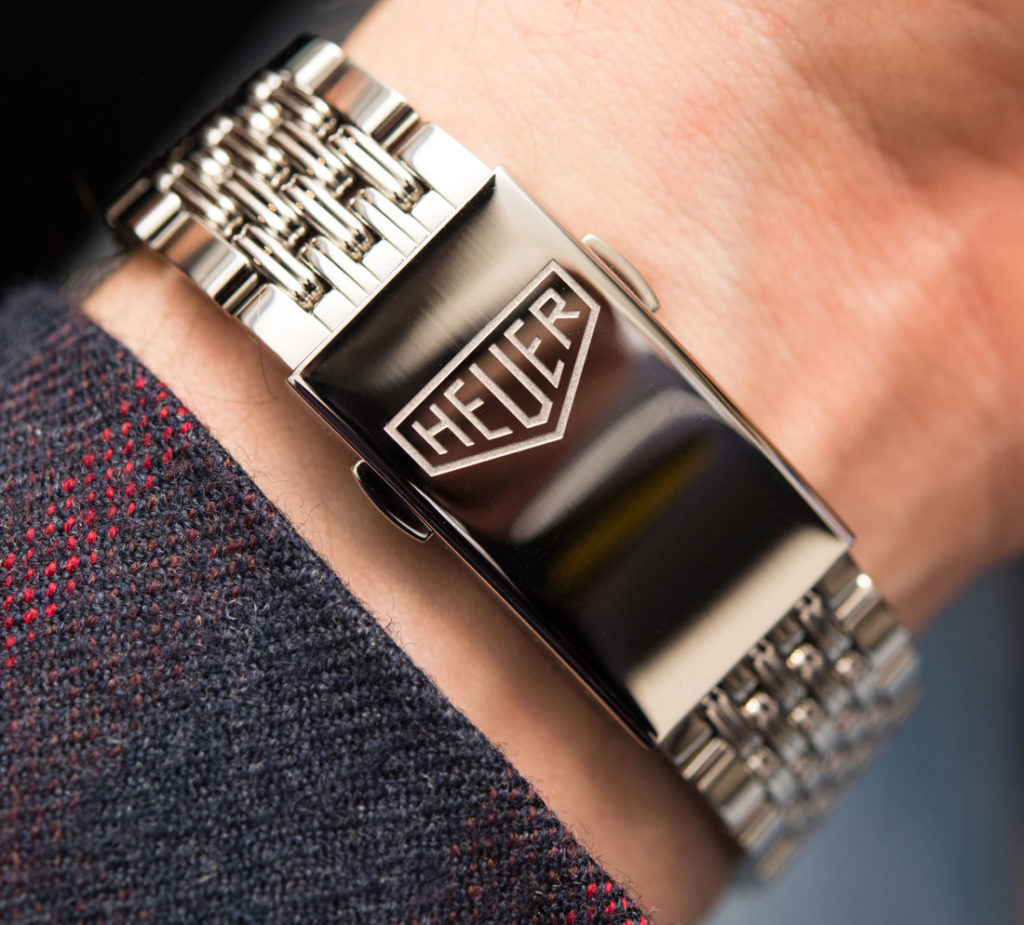 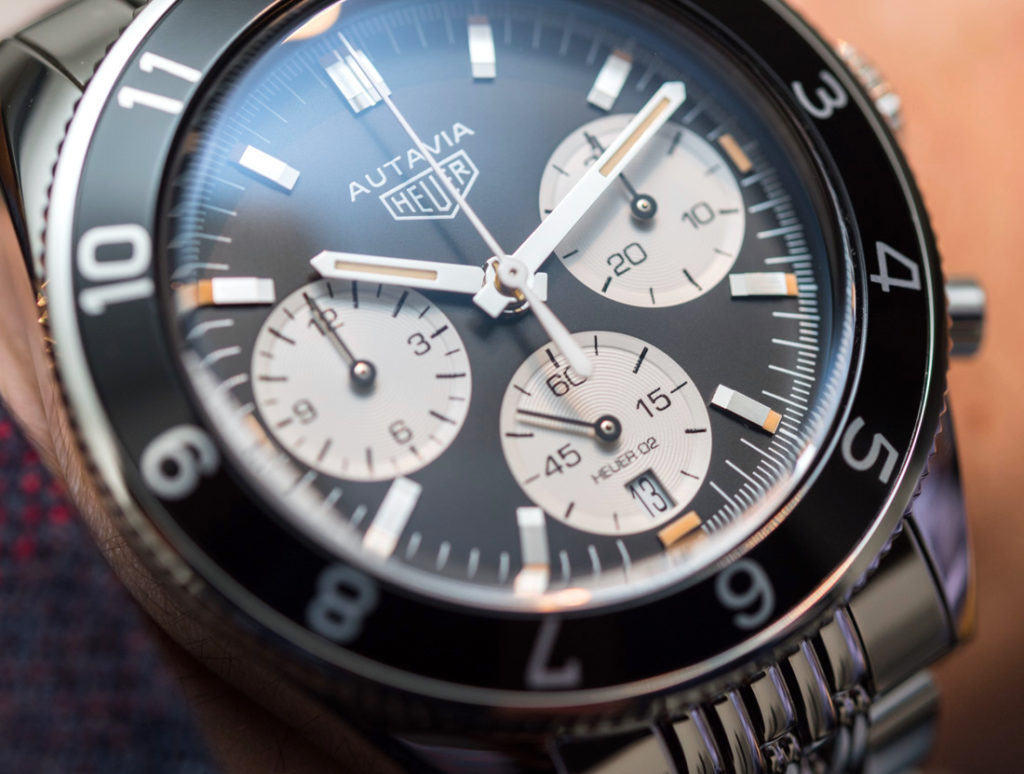 I’ve said it a few times before, and I will say it again now – the TAG Heuer of today has a split personality. One arm of the brand is solidly in contemporary times producing bold, modern watches meant to appeal to younger(-minded) audiences. For the most part, these watches will say “TAG Heuer” on the dials. Then you have the part of the brand that is dedicated to satisfying the traditionalist collectors whose passion lies with the legacy of what TAG Heuer was, and has the most appreciation for classic, conservative designs versus things which are “too new.” Few brands are this dynamic, and I think it is a credit to TAG Heuer that they can do both well, and speak to two audiences at more or less the same time.