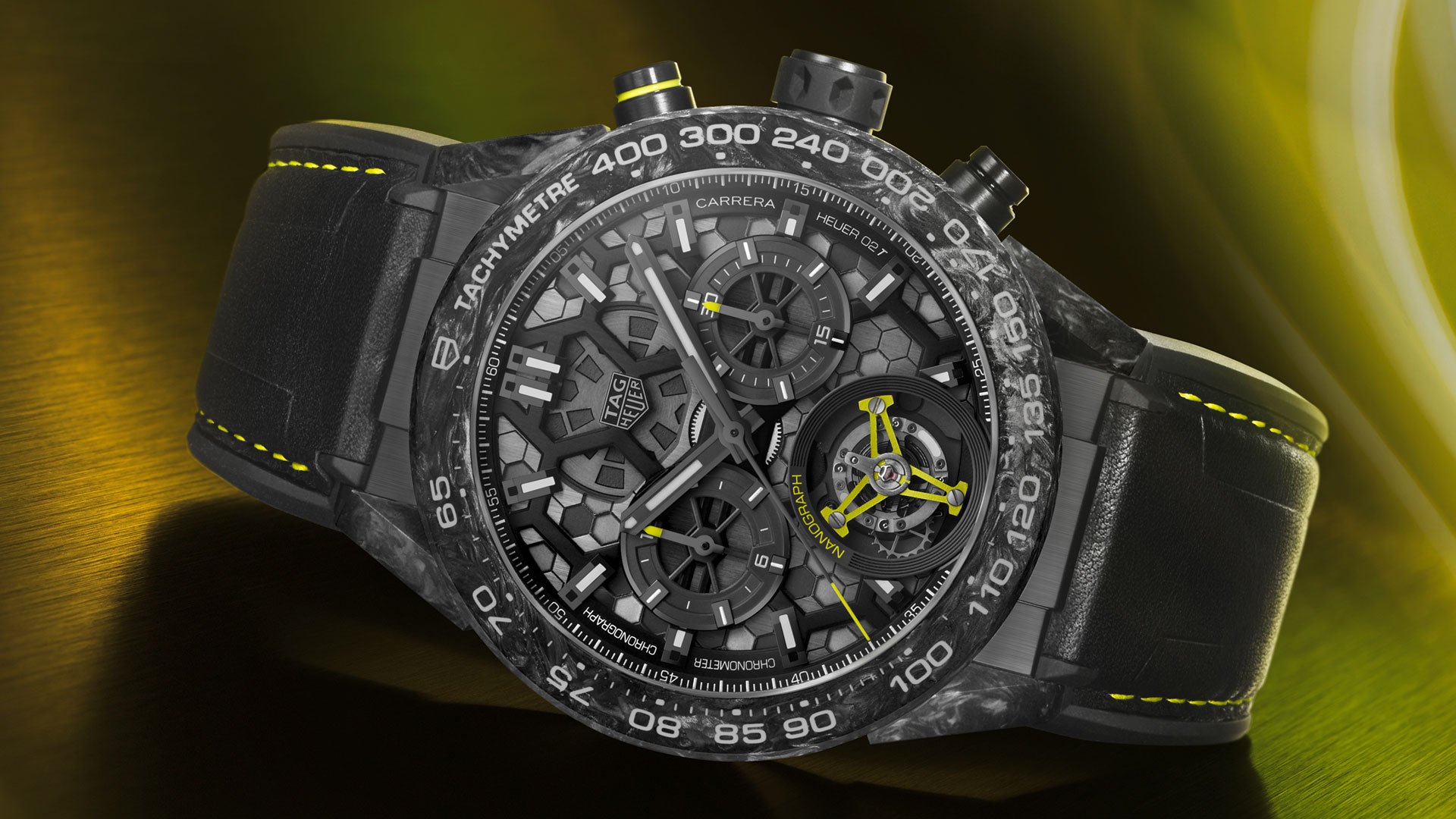 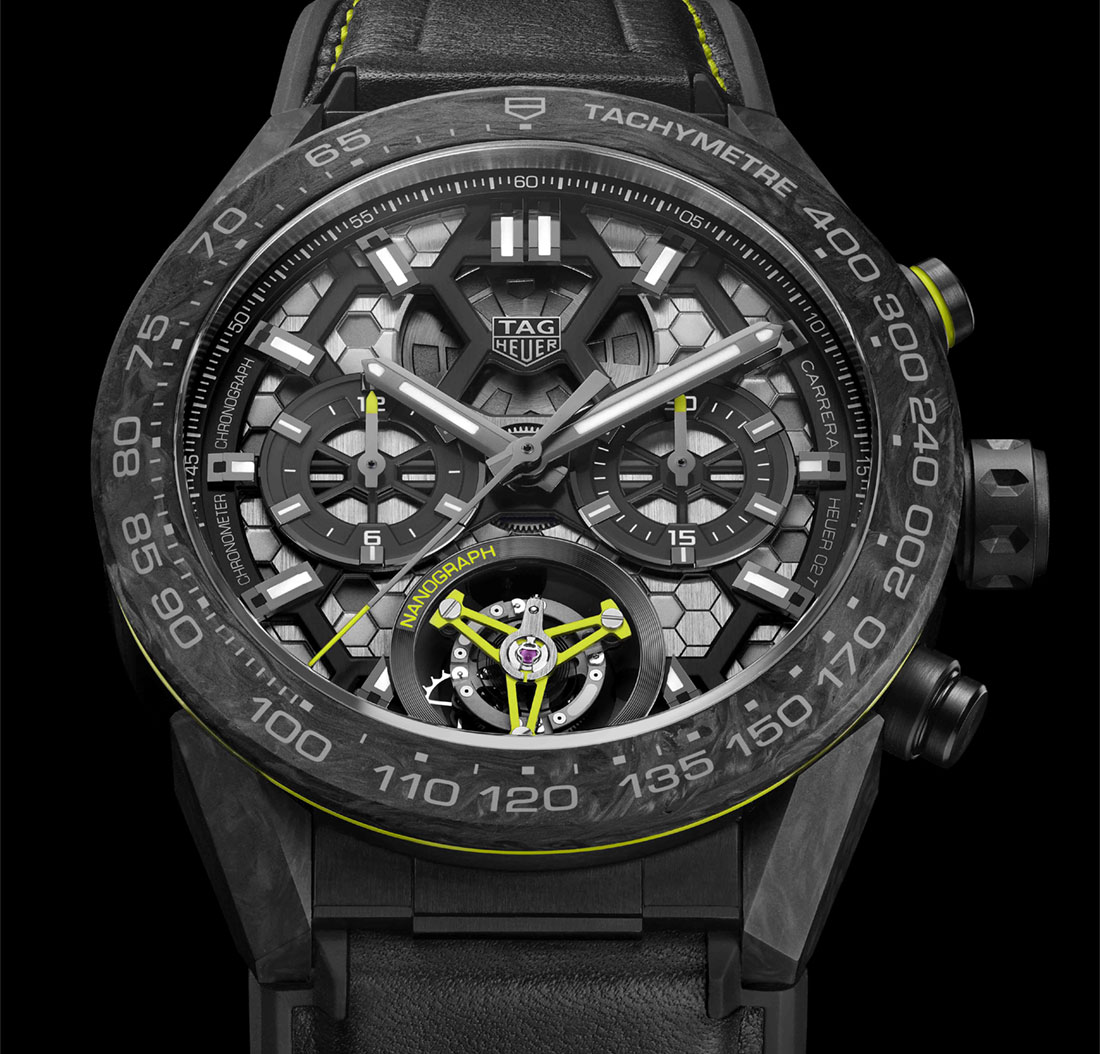 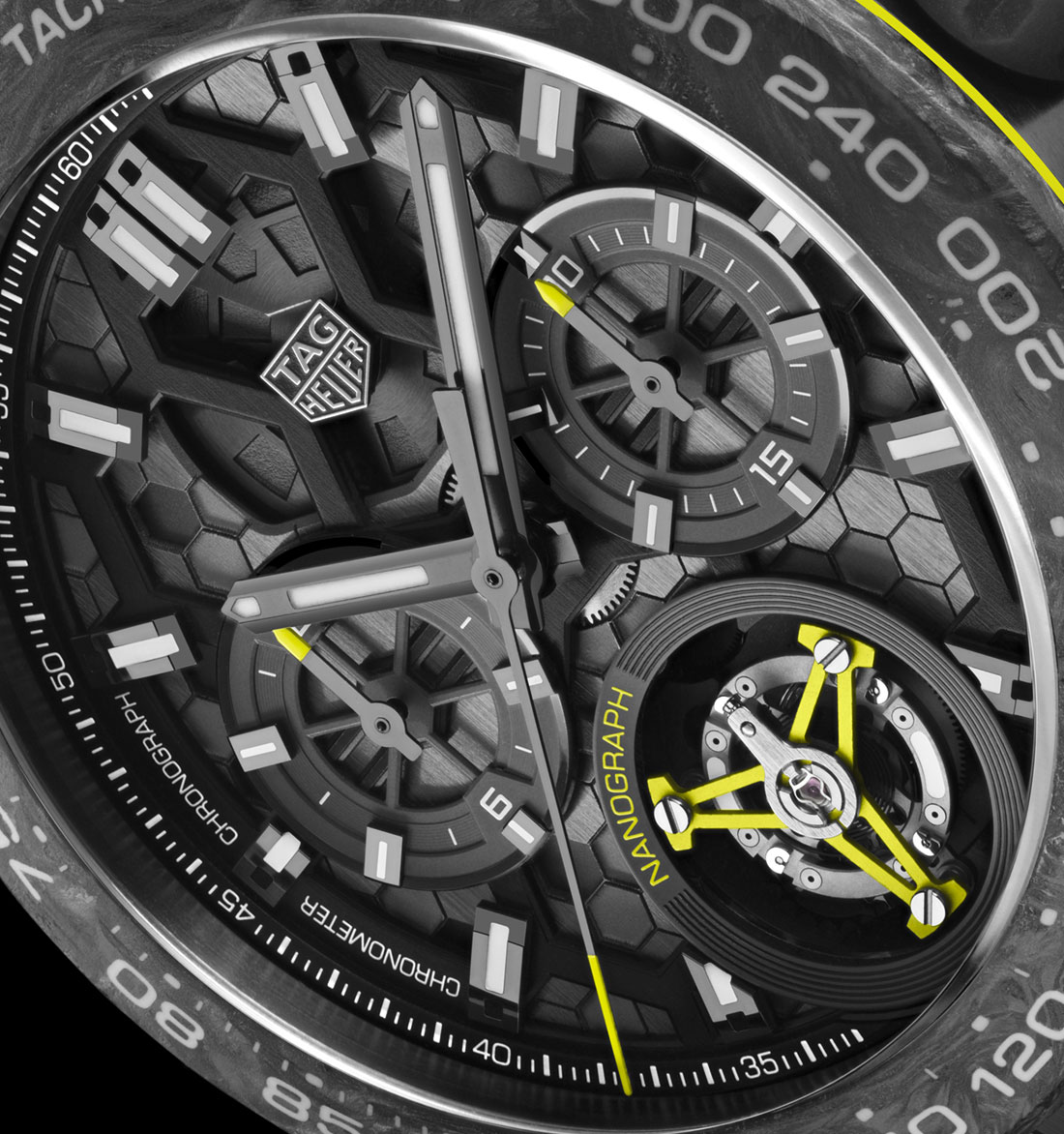 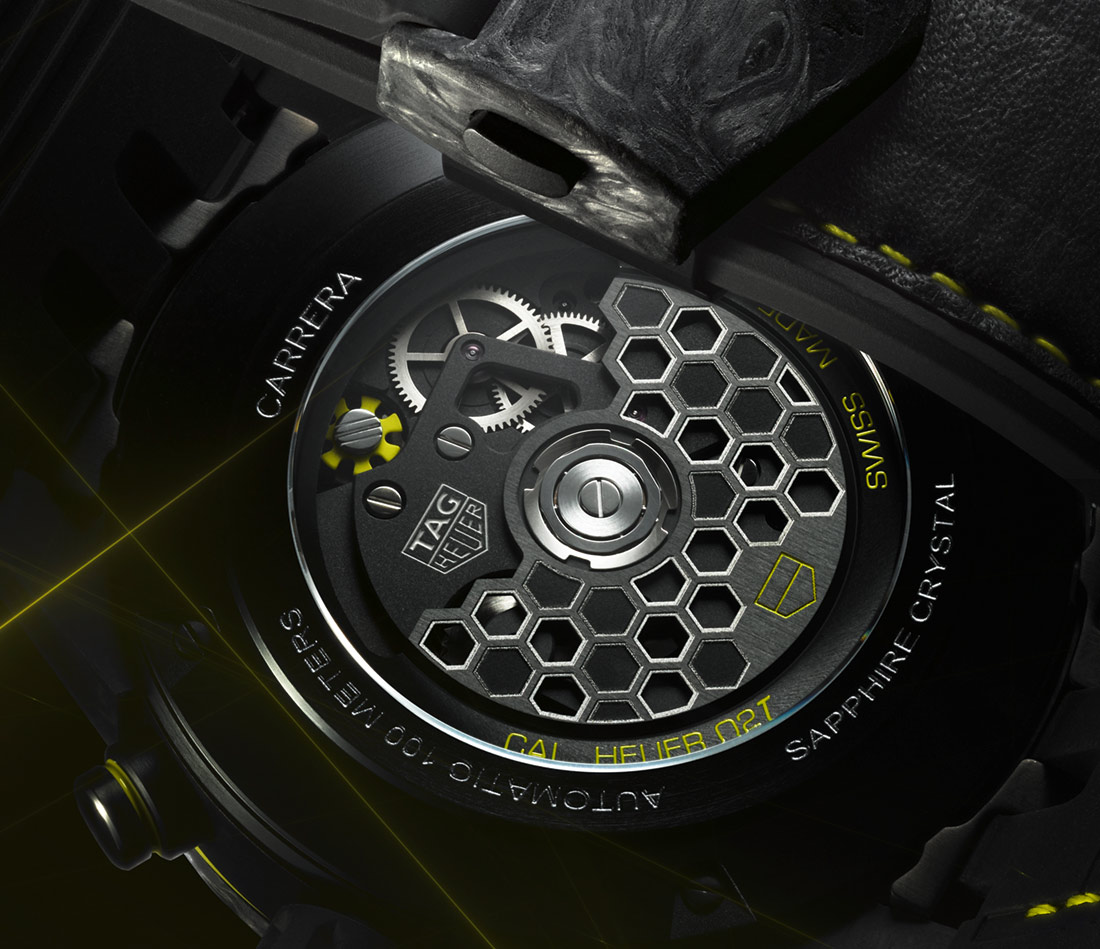 The 02T movement has arguably been groundbreaking in the idea that it brings a high quality tourbillon into a (more) affordable realm. We saw the movement first emerge a few years ago and reviewed the TAG Heuer Carrera Heuer-02T Tourbillon Chronograph here – and we were shocked by the sub-$20,000 price tag. The model was successful to say the least, and I can’t argue with that considering the price for a tourbillon from a major brand is less than some all-steel sports watches without any real groundbreaking features.

Since taking over the LVMH watchmaking division late last year, Stéphane Bianchi’s first major release is this guy, and it’s certainly unique. Carbon is everywhere nowadays, but its utilization for the heartbeat of a watch is a curious one. It’s lightweight, as well as largely resistant to magnetism and shock – claiming a better alternative to “fragile alloy or silicone” hairsprings of previous iterations. 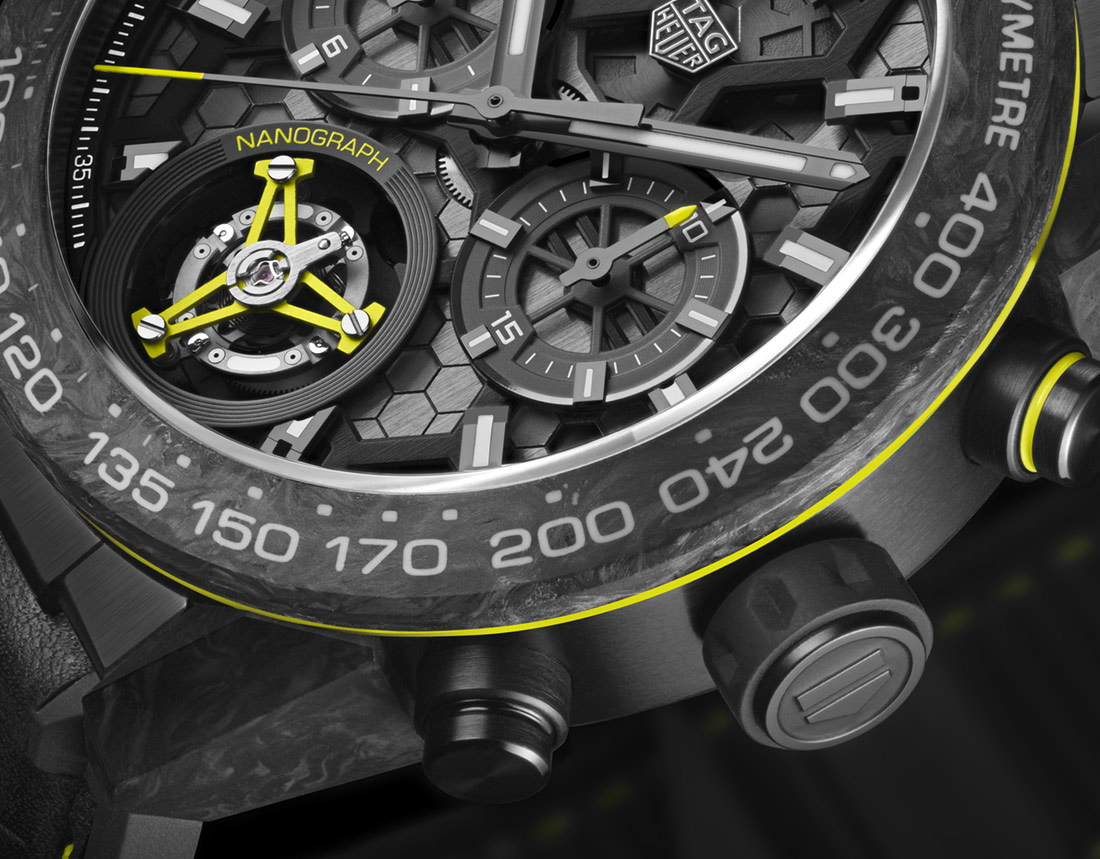 As for the aesthetics, the Nanograph utilizes a hexagon pattern on the dial and rotor – making me want to nickname it the “honeycomb,” paired with its yellow accents. The watch itself is mostly monochromatic, which is a unique choice considering the skeletonized-ish multi-level nature of the watch with its busy dial-pattern. While it appears that the chronograph hands have a yellow-tipped hand, the hour and minute hands do not. I’ll reserve my legibility comments for when we get to go hands on at a later date, but I feel that overall this watch has a cool aesthetic and am excited for the technical advancements to a movement I was already excited about.

TAG has definitely gone through some extensive testing according to their press releases, so maybe we are seeing some major steps forward on an already affordable and popular movement. This is apparently a stepping stone for further developments. Guy Simon, Product Director for the brand says, “the carbon-composite hairspring is a first step that will lead us to yet more in-house improvements still in the process of being developed.” That sounds exciting to me. Picking up the carbon version of this 02T movement will cost a bit of a premium over it’s older brother, and even more than the recently released carbon Tourbillon model, with a price tag of $25,500 – a considerable (although apparently justified) price jump for a carbon hairspring and updated dial. Learn more at tagheuer.com