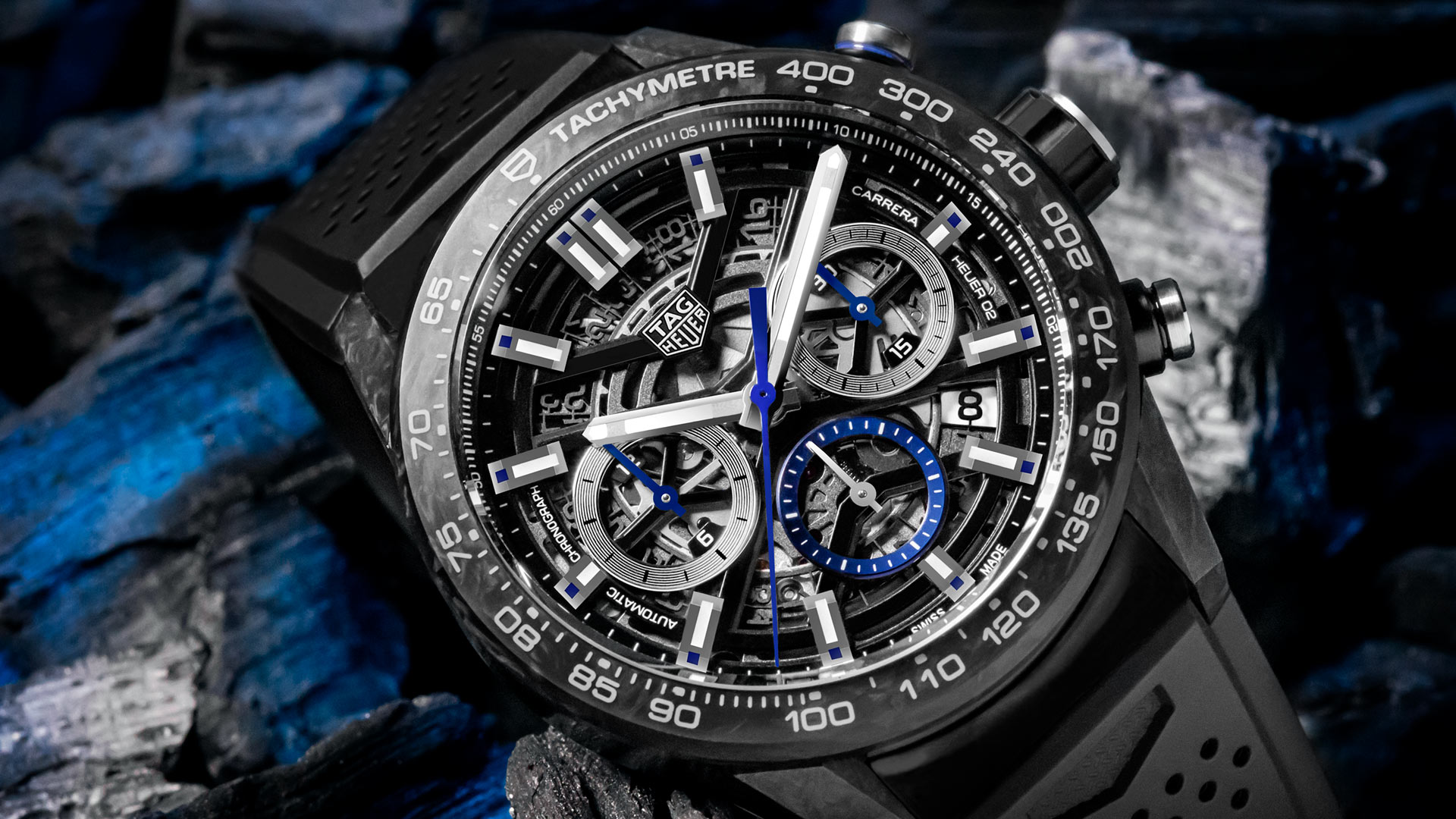 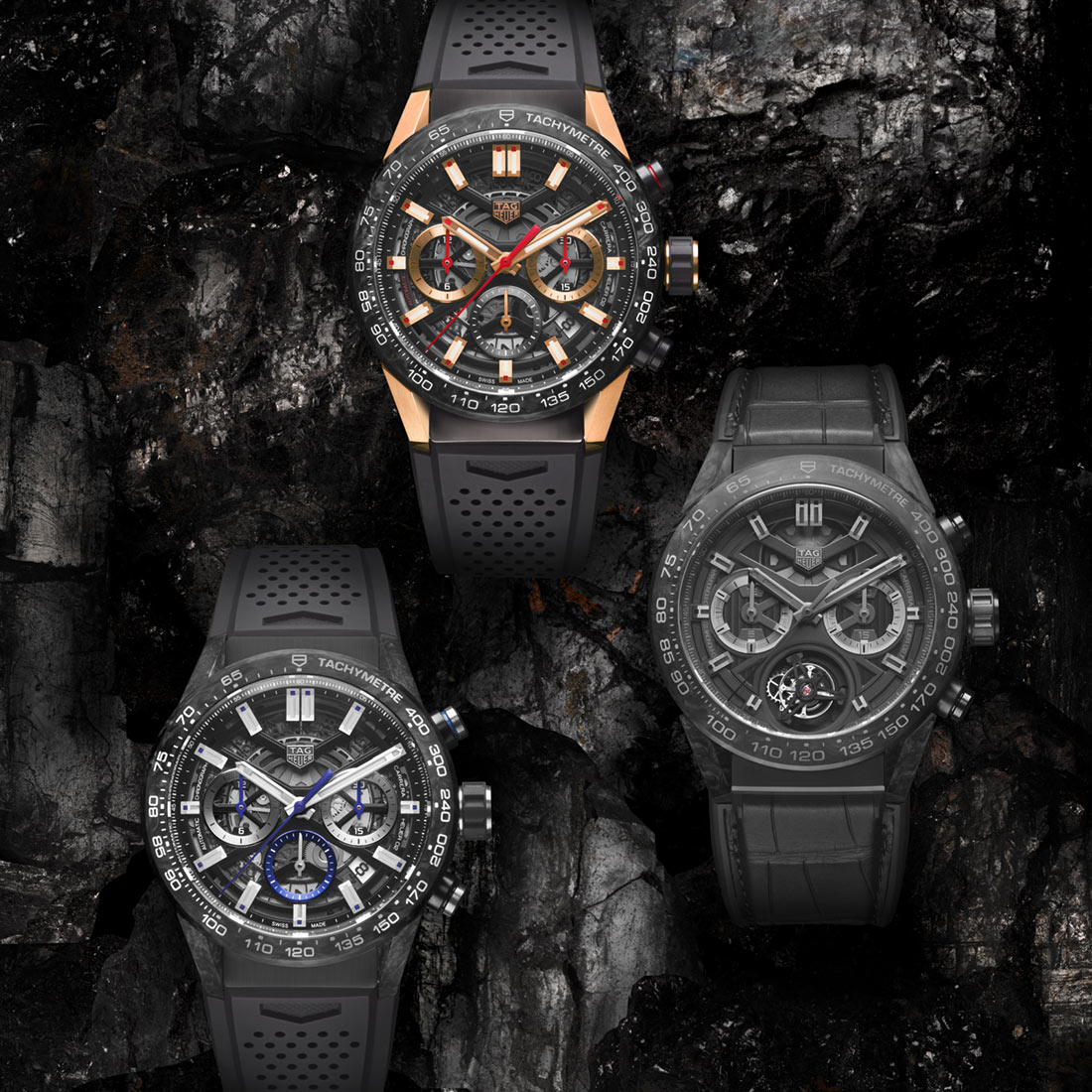 Carbon’s association with racing and the cutting-edge technology make it a popular ingredient for spicing up any watch that wants to emphasize such connections. As part of TAG Heuer’s celebration of the Carrera’s 55th anniversary, the brand is launching no fewer than three new Carrera watches with carbon elements. There’s a new Carrera Tourbillon Chronograph Heuer 02T watch and two new Carrera Heuer 02 watches. Let’s take a closer look at them now. 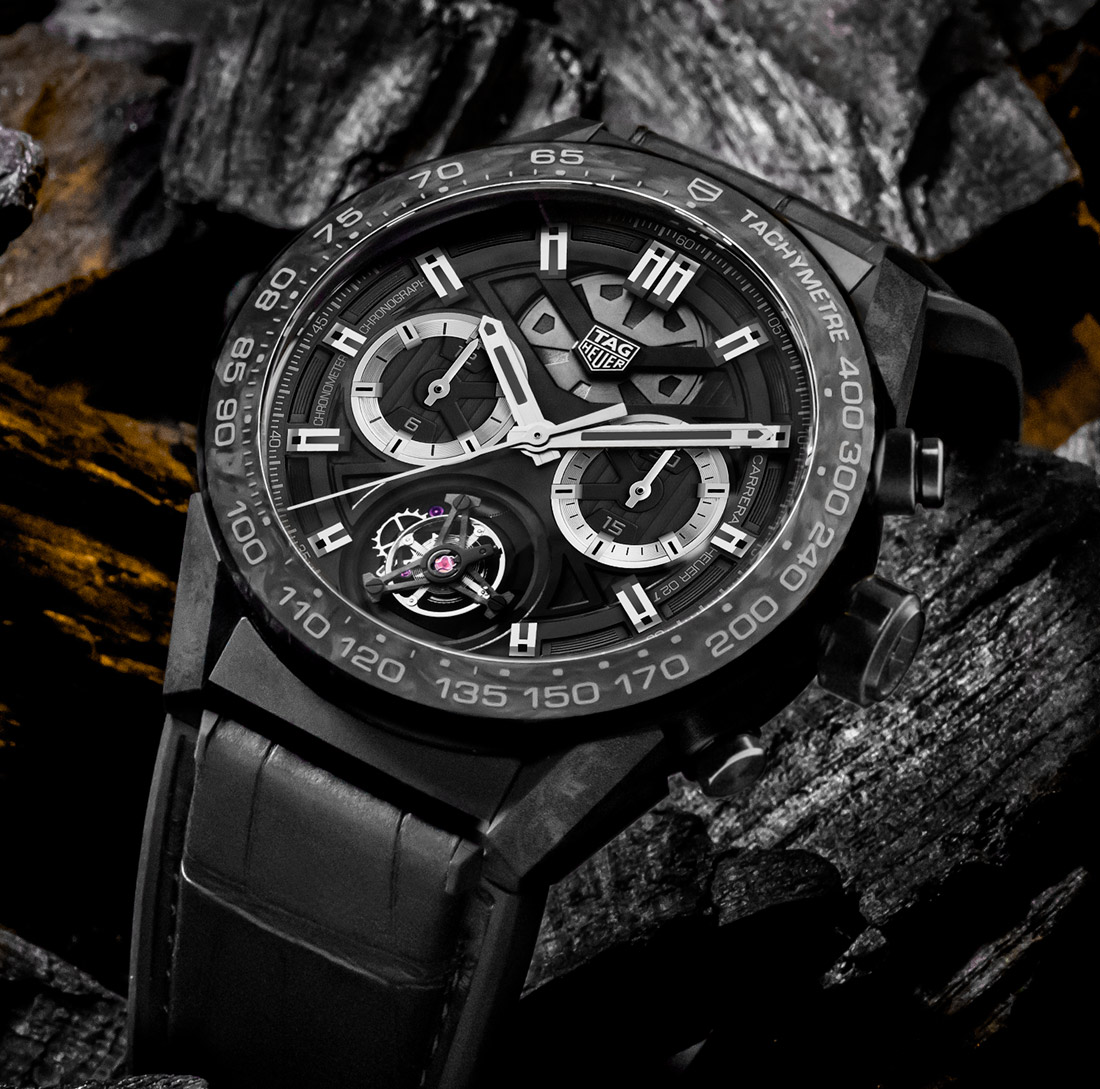 Beginning with the TAG Heuer Carrera Carbon Tourbillon Phantom Heuer 02T, the “Phantom” part of the name is due to its all-black treatment. The 45mm-wide case (100m water resistant) isn’t actually carbon and rather is PVD-coated titanium. The bezel, however, is carbon, as are the lugs. The open-worked dial has the Heuer 02T’s established layout but with hands, indexes, and minute and hour chronograph counters plated with “black gold” (no, not meaning oil). 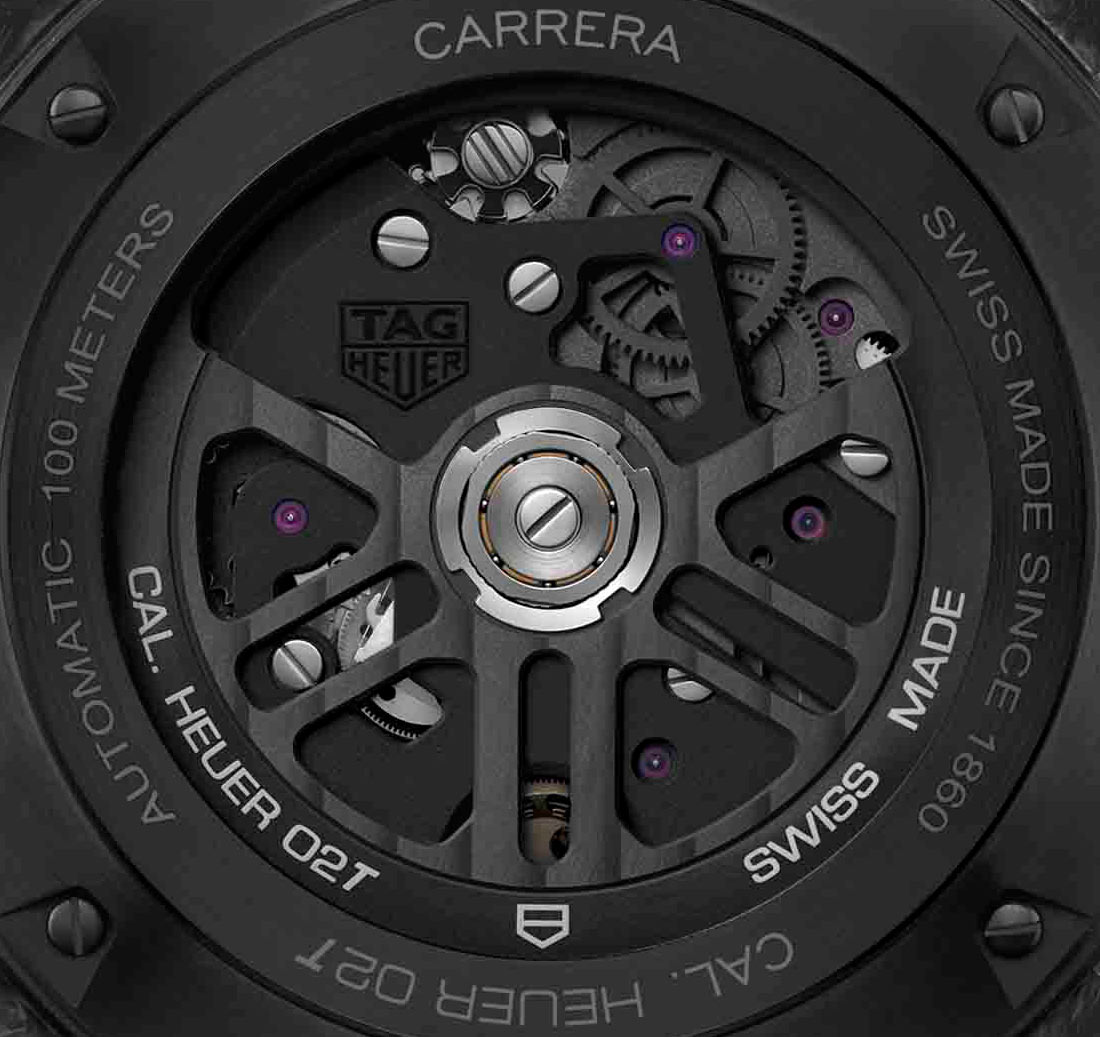 The movement within is the Heuer 02T, an in-house, self-winding, COSC-certified chronograph movement with a column-wheel and a power reserve of 65 hours. The movement can be viewed through a sapphire display case back and features black bridges with Côtes de Genève decoration, and it also has a matching black column wheel. You can learn more about the movement and watch in our review of the TAG Heuer Carrera Heuer-02T Tourbillon Chronograph here. 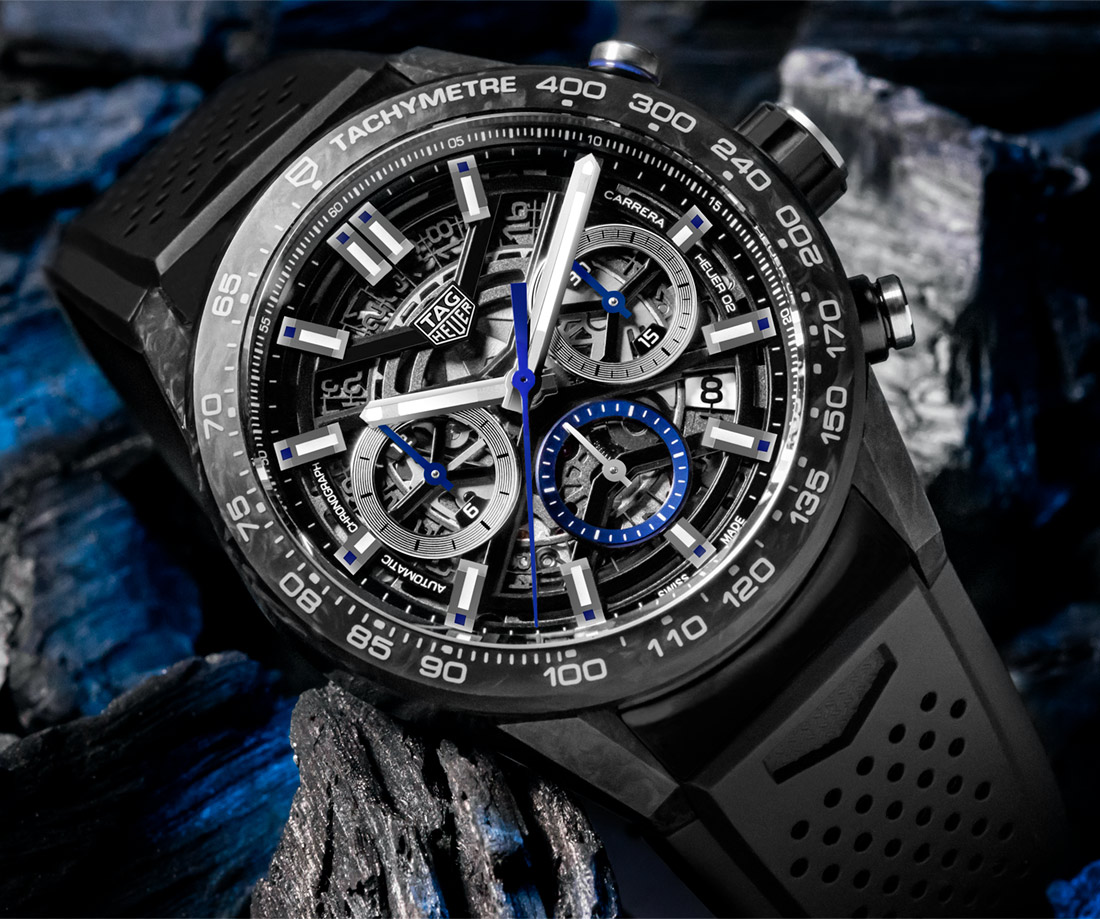 The other two watches are basically new variants of the popular Carrera Heuer 02 and they are called Carrera Carbon. Again, the case isn’t actually carbon – it’s titanium-carbide-coated steel. Like the above Carrera Carbon Tourbillon Phantom, the actual carbon components are only found in the tachymeter bezel and the lugs. The case is 43mm wide, and water resistance is 100 meters. 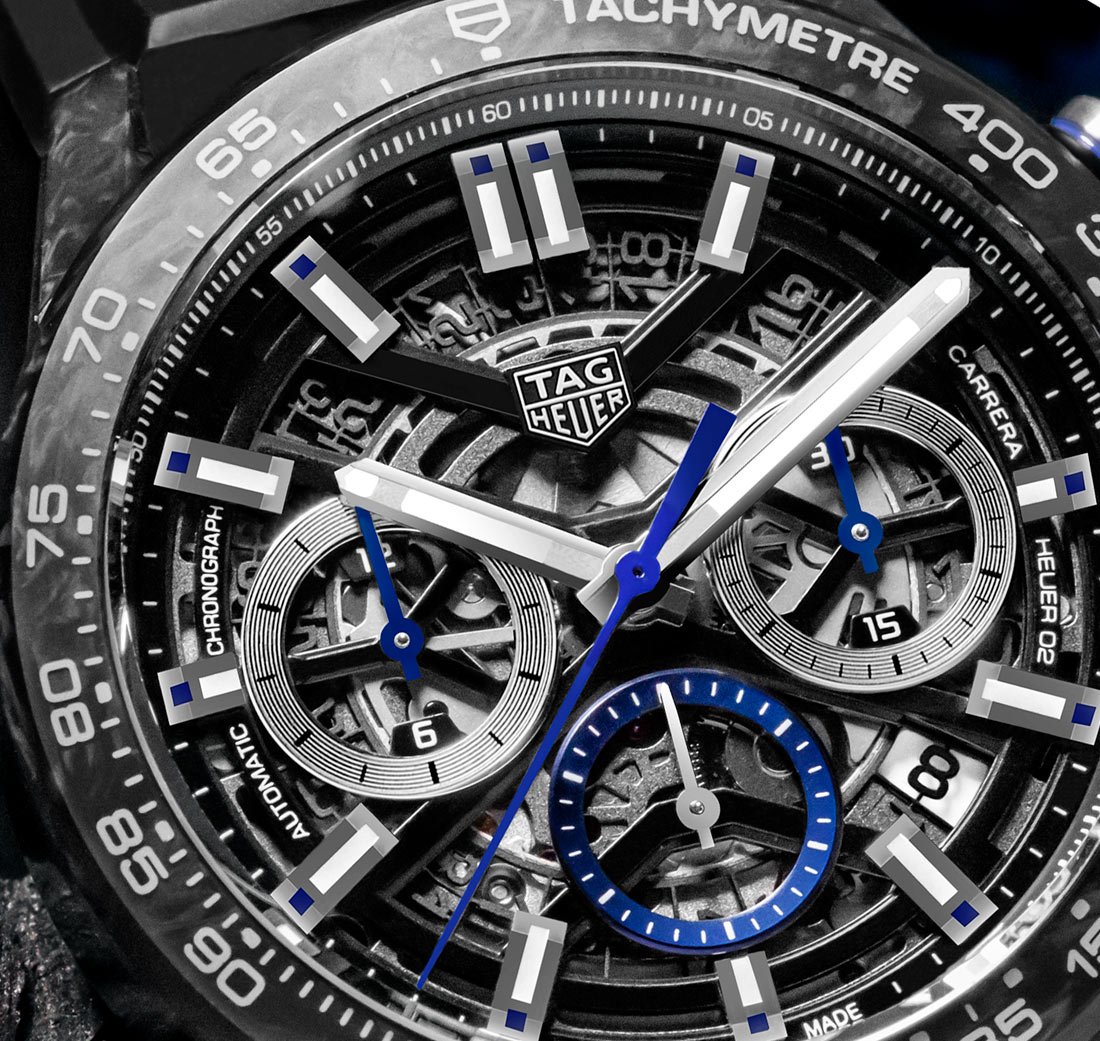 Since it’s based on the Carrera Heuer 02 that was introduced in this version at Baselworld 2018, the Carrera Carbon watches have an open-worked dial with a 3-6-9 dial configuration, with the minute and hour chronograph counters occupying the 3 and 9 o’clock positions and the running seconds at 6 o’clock. There are two variants, one with blue highlights and another with rose gold and red. For the blue model, you will see that black is the overall dominant color but the central chronograph seconds hands, as well as the chronograph hour and minute hands, are all blue. Also in blue is the chapter ring of the running seconds subdial and the tips of the rhodium-plated indexes. 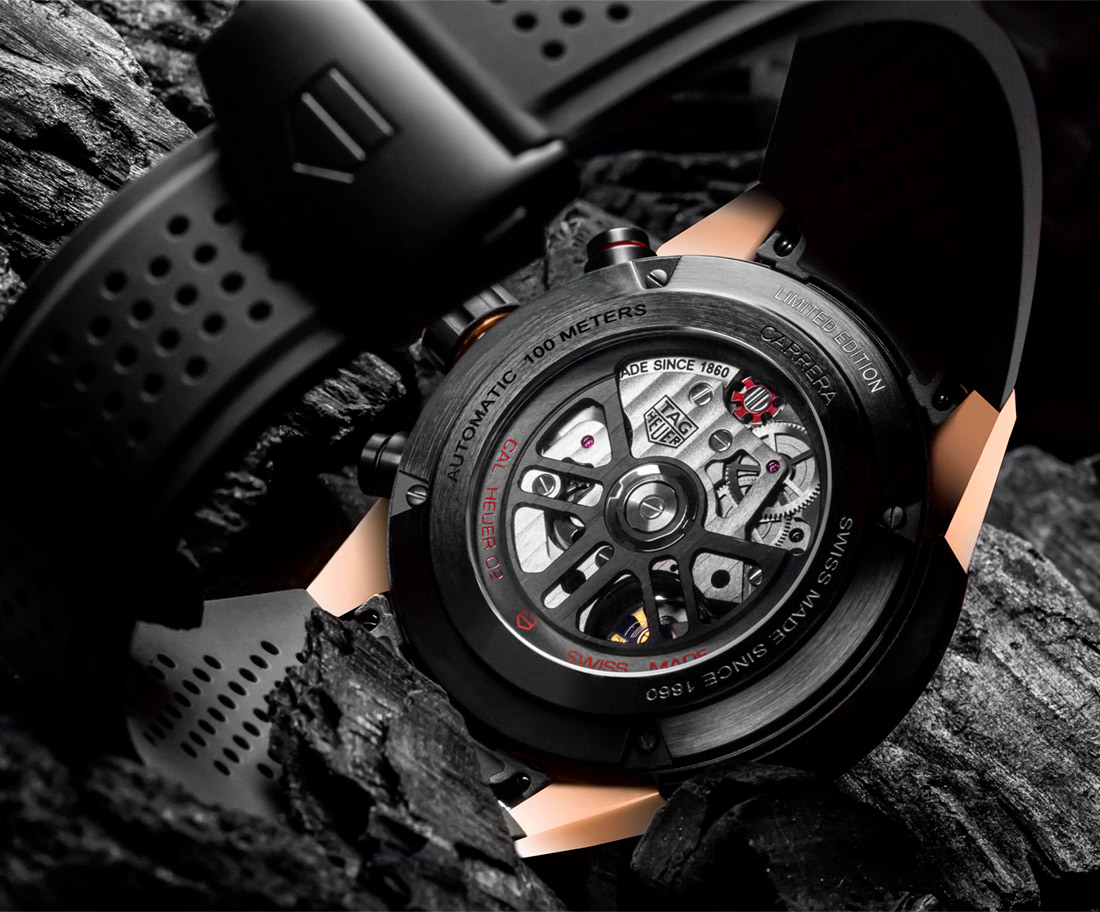 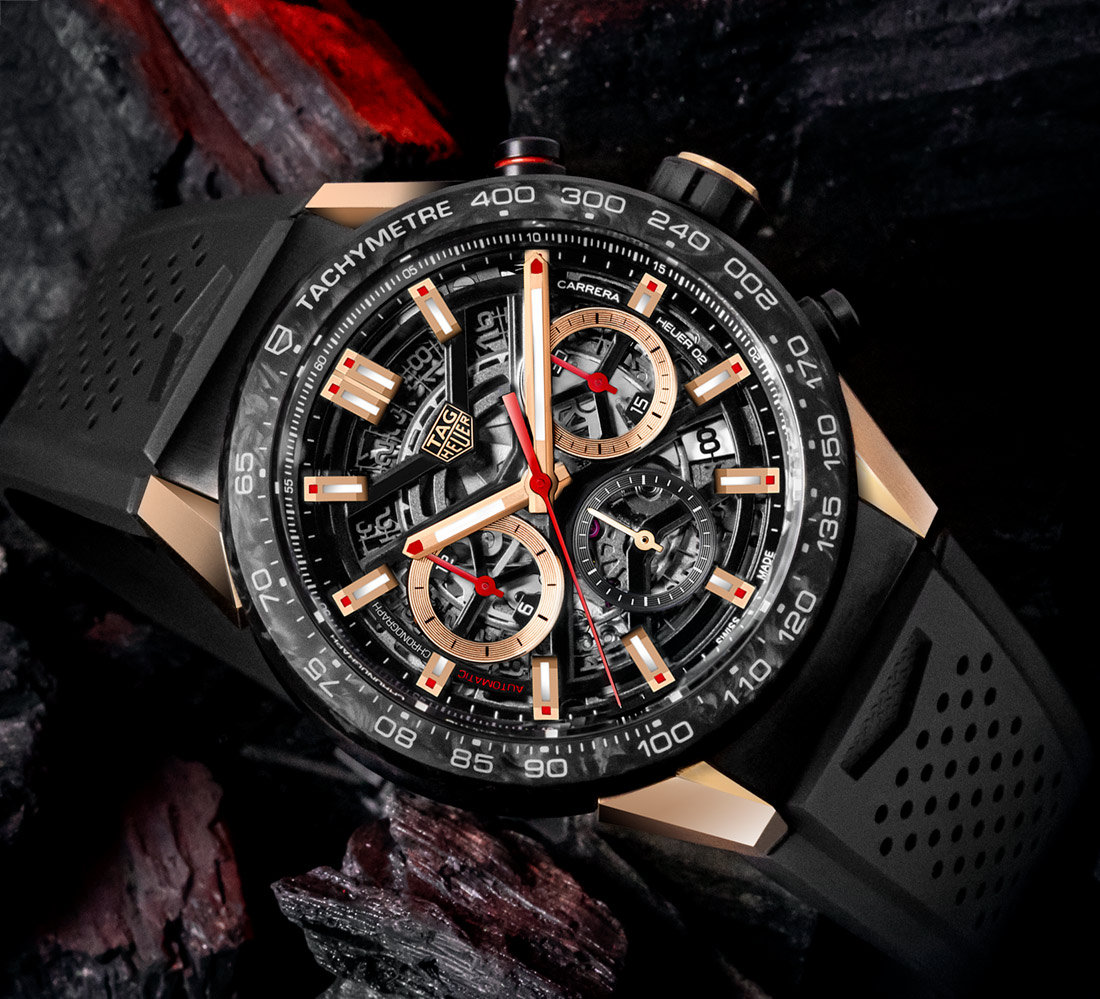 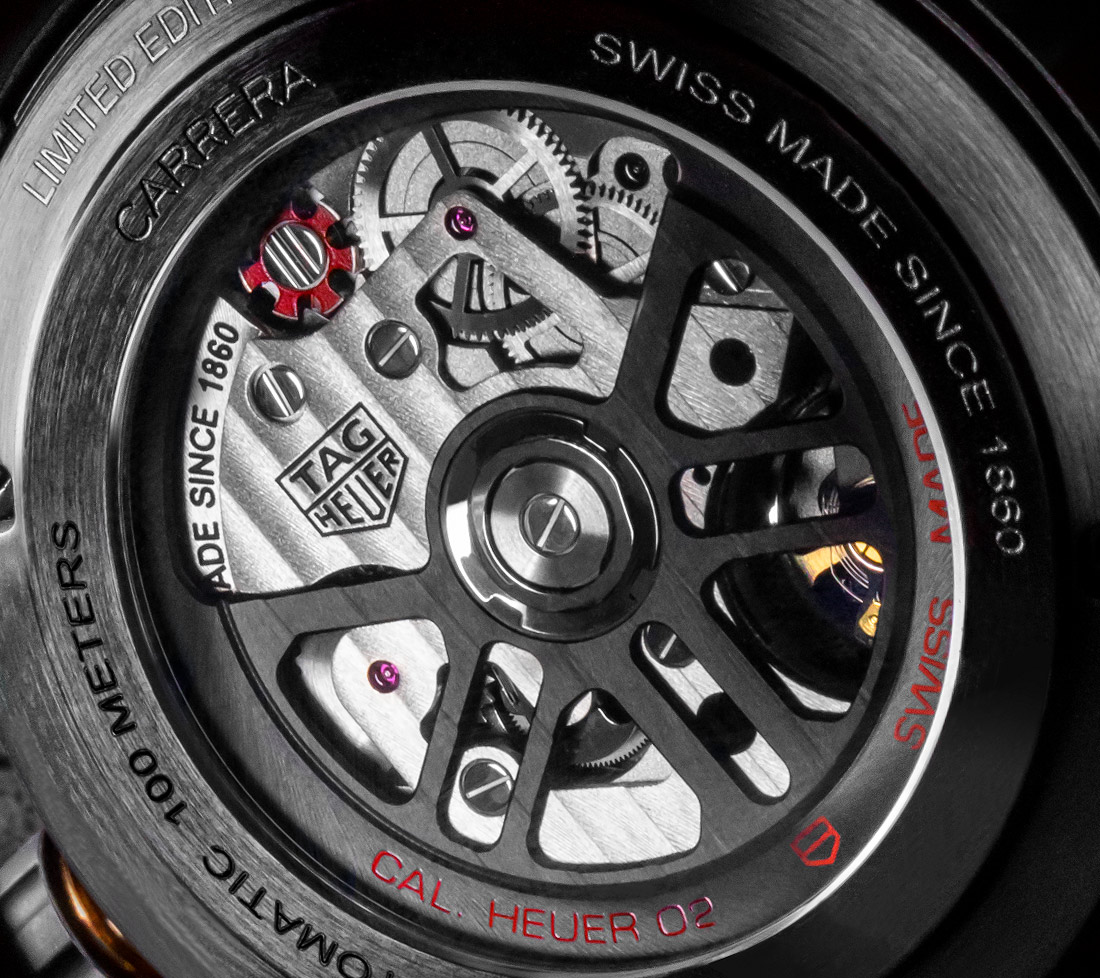 The two Carrera Carbon watches are powered by the in-house Heuer 02 chronograph movement. It is a self-winding integrated chronograph movement with a column wheel and vertical clutch. It beats at 4 Hz and has a power reserve of at least 80 hours. The movement is visible through a sapphire display case back, and you can learn more about it in the article linked to above. 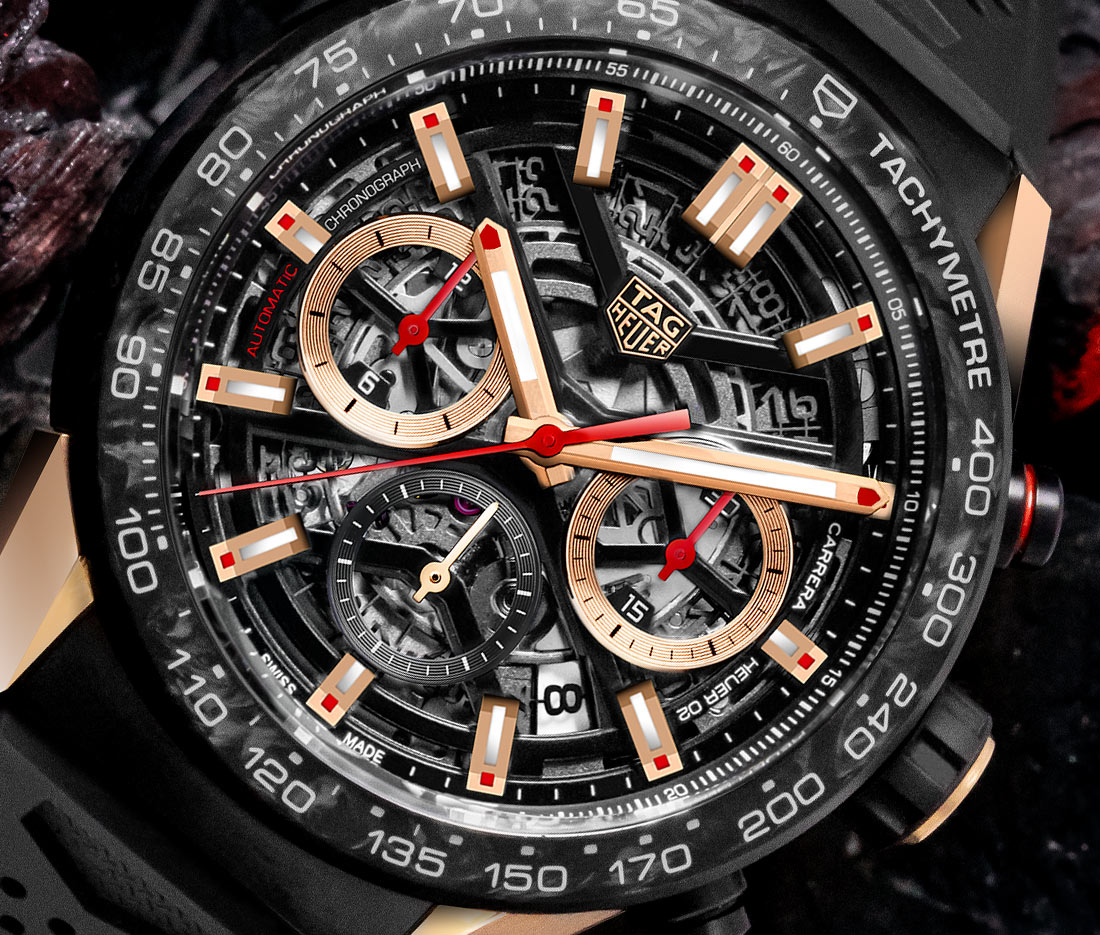