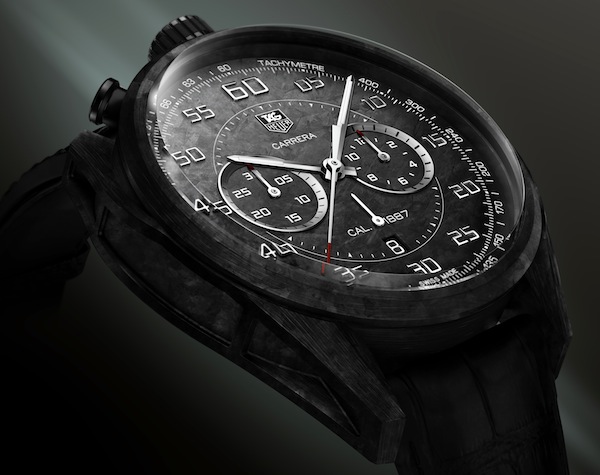 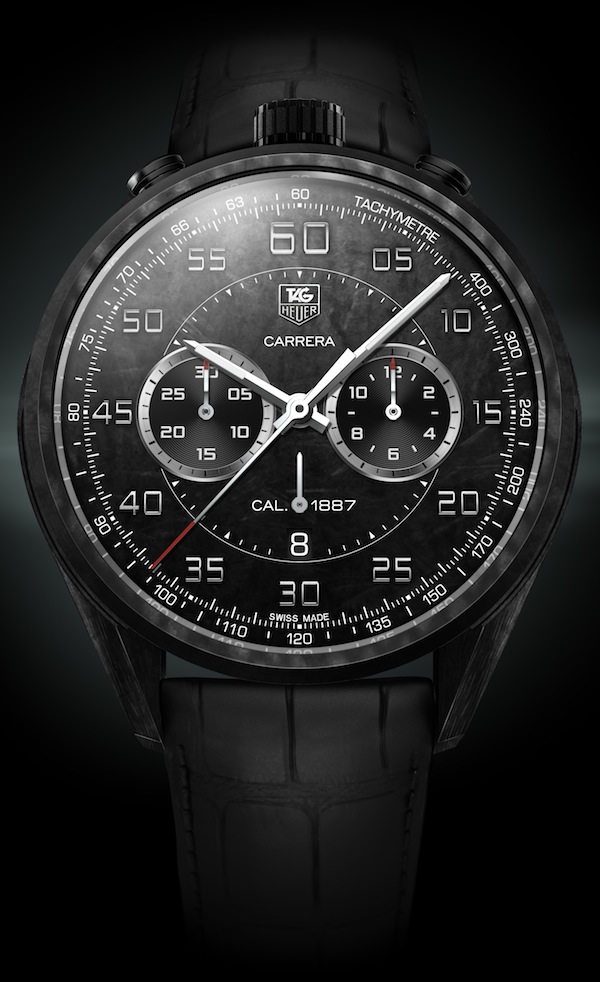 2013 is the 50th anniversary of the Carrera so we are expecting a great deal this year. TAG Heuer obviously knows chronographs. If one is keeping score – Heuer was the first brand to launch a mechanical chronograph and not only in 2011 did TAG Heuer launch their own in-house (cough, ahem) chronograph movement, the 1887, but they have also been teasing the horological world with the amazing tech and cutting edge designs of their Mikrogirder lines. TAG Heuer seems to have a very healthy love for research and development and it is from that not-yet-for-sale side of their company that they announced the TAG Heuer Carrera CMC Concept Chronograph this month in Geneva before Baselworld.

We will likely need to wait until Baselworld for a brand new Carrera – which is not guaranteed but certainly likely. So what is this Carrera CMC watch all about? Essentially it is an 1887-powered chronograph with a Mikrogirder bullhead-style case –  which is actually the point that deserves most of the attention. The case has been carefully crafted from Carbon Matrix Composite, a material used in Formula 1 and aerospace applications due to its lightweight yet exceptionally strong construction. A version called the Carrera Jack Heuer is a more “metallic” version of this watch. Crafted from carbon fibers that are just 0.007 mm thick, CMC is processed, heated and compacted into a defined shape. The end result is very strong and very light, so much so that the entire case assembly on the Carrera CMC Concept (excluding the crystal) weighs only 19g. For reference, I have leather straps that weigh considerably more than that. Total weight as shown in the photos is 76g, still a massive achievement for a chronograph that is likely ~45mm across.

Not much more information is available at this time but this is the first time CMC has been used in watch construction and, if ever available on a production model, should boast considerable advantages in terms of not only weight, but also longevity. TAG Heuer says the case is just 19 grams, and the entire watch with the movement is less than 80 grams. We tip our collective hat to TAG Heuer for making yet another drool-worthy concept that bucks the “just add a tourbillon” trend that is so prevalent in top tier watchmaking these days. By “concept” TAG Heuer once again means “we will make a few expensive pieces.” The Carrera is one of TAG Heuer’s most enduring model names and it is encouraging to see TAG Heuer consistently striving to make their watches interesting, capable, and packed full of good technology. So what do you think? Lusty or just another pricey concept watch? tagheuer.com