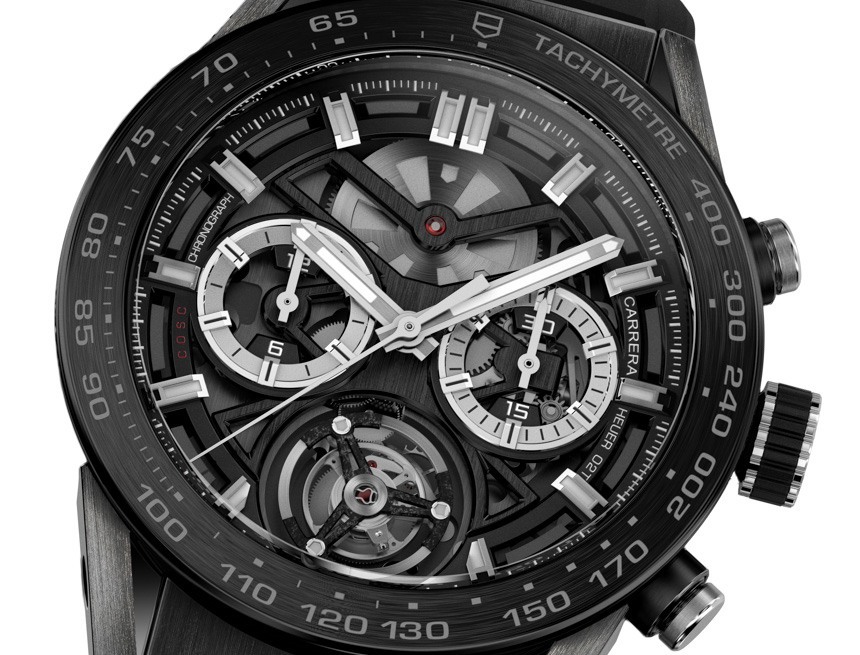 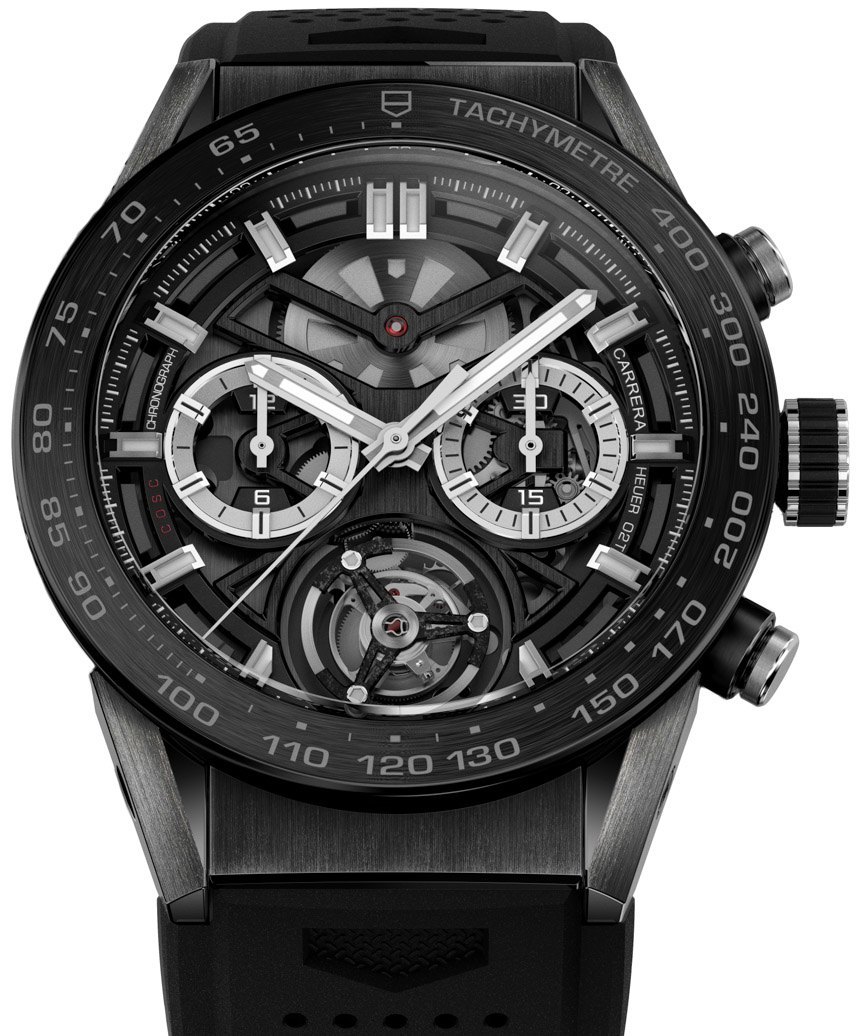 With SIHH 2016 barely behind us, things are already heating up for Baselworld 2016. At last year’s event we brought you the hot news straight from Basel about the TAG Heuer Carrera Heuer-02T, TAG Heuer’s ground- and indeed price-barrier-breaking watch with tourbillon and chronograph complications, offered at an extremely competitive $15,950. While not all details were officially released back then, today TAG Heuer has confirmed the tech specs and pricing details of the Heuer-02T. Let’s dig in. 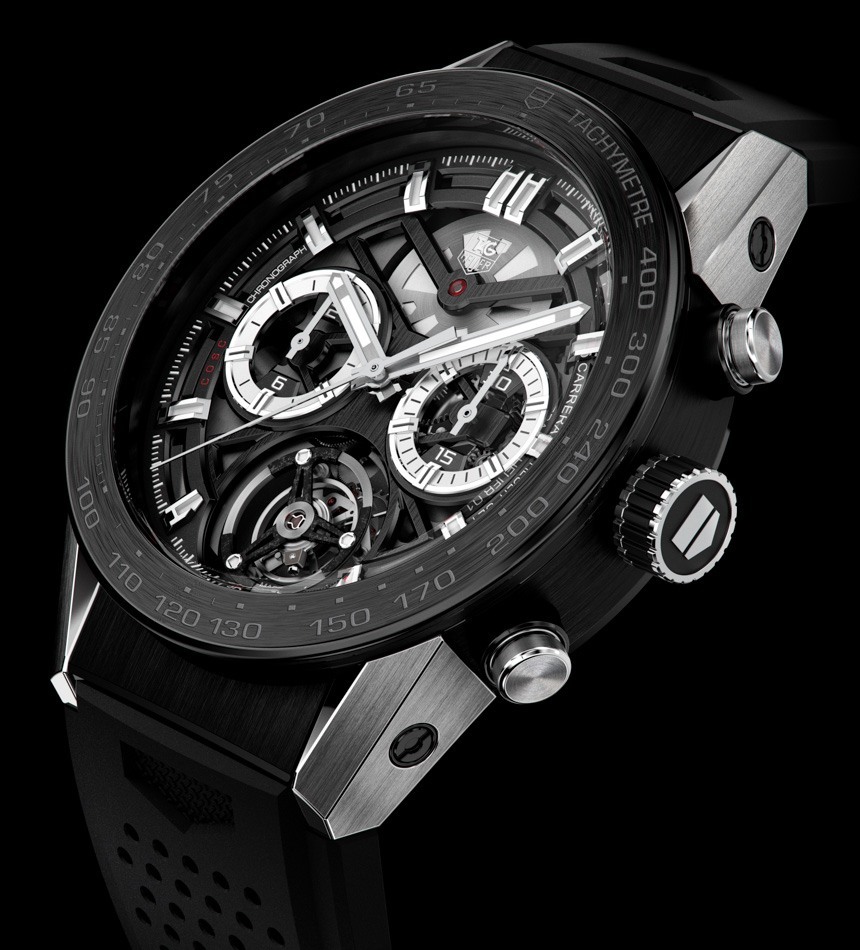 For ages (read: the last 25-30 years) watch manufactures had been going out of their ways to convince the masses about how the tourbillon works as one of the absolute pinnacles in fine watchmaking – that it was so incredibly difficult to conceive, manufacture, assemble and “poise.” Now, TAG Heuer is here to prove all the rest wrong, by bringing the tourbillon back down to Earth – or at least into the atmosphere – from far up and beyond the stars, as far as pricing is concerned. 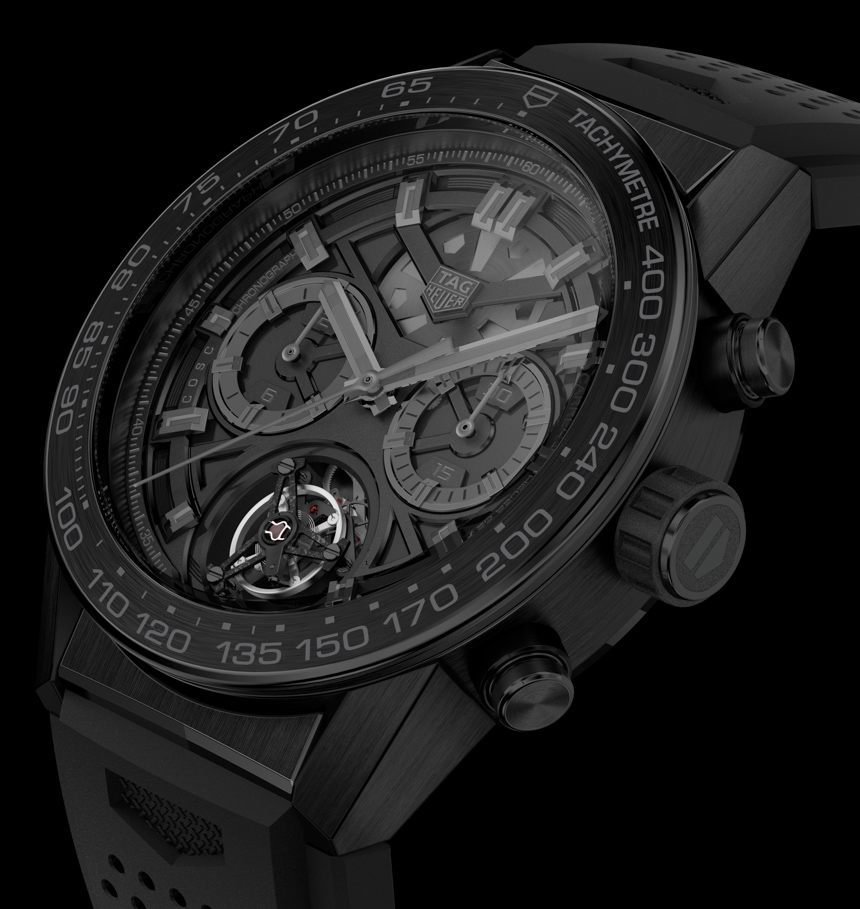 If you think about it, what makes tourbillons really expensive is not simply their $50-70-100+ thousand dollar price tag, but the premium they usually demand over their similarly finished and complicated, albeit “regular” movement counterparts. In other words, over the years we have seen a number of (forgettable) cases when base movements had been modified to feature a tourbillon where, every other specification unchanged, this alteration still made for an often 10-times or greater multiplication in price. 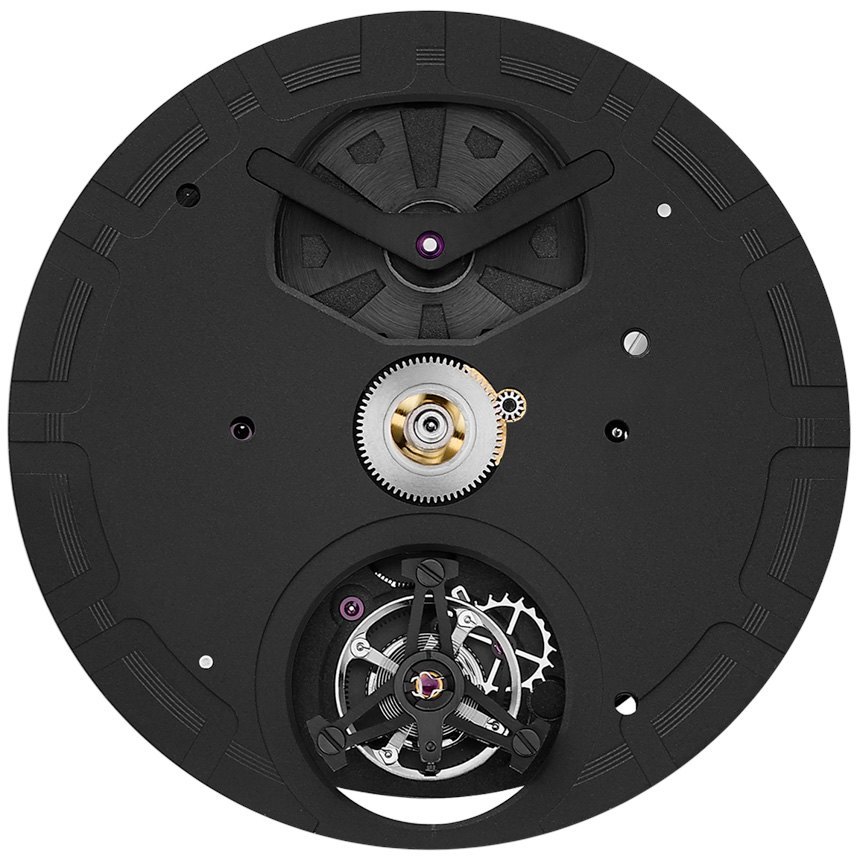 The TAG Heuer Carrera Heuer-02T has a confirmed price of $15,950, and for this money you get a fully in-house tourbillon movement with a chronograph and 65-hours of power reserve – this combination of features has up to this point usually commanded six-figure prices. 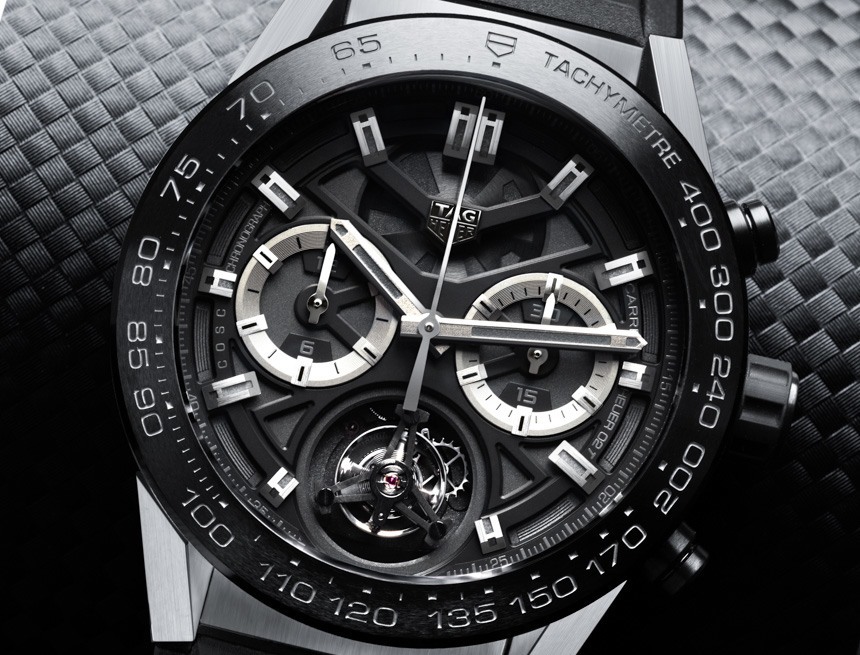 “What kind of sorcery is this? Is there a fine print somewhere?” – you may most rightfully feel inclined to ask. The answer is yes, and no. When Jean-Claude Biver took the helm of TAG Heuer, one of his first decisions was to shut down the CH-80 project – a panda-dial watch and all-new, in-house movement we saw hands-on and grew very much fond of at BaselWorld 2014. While that project was quickly hibernated and only a handful of pieces ever made their ways to TAG Heuer stores globally, TAG Heuer had a number of these in-house developed movements left in stock that it started to manufacture in its state-of-the-art manufacture in Chevenez (manufacture visit article here). 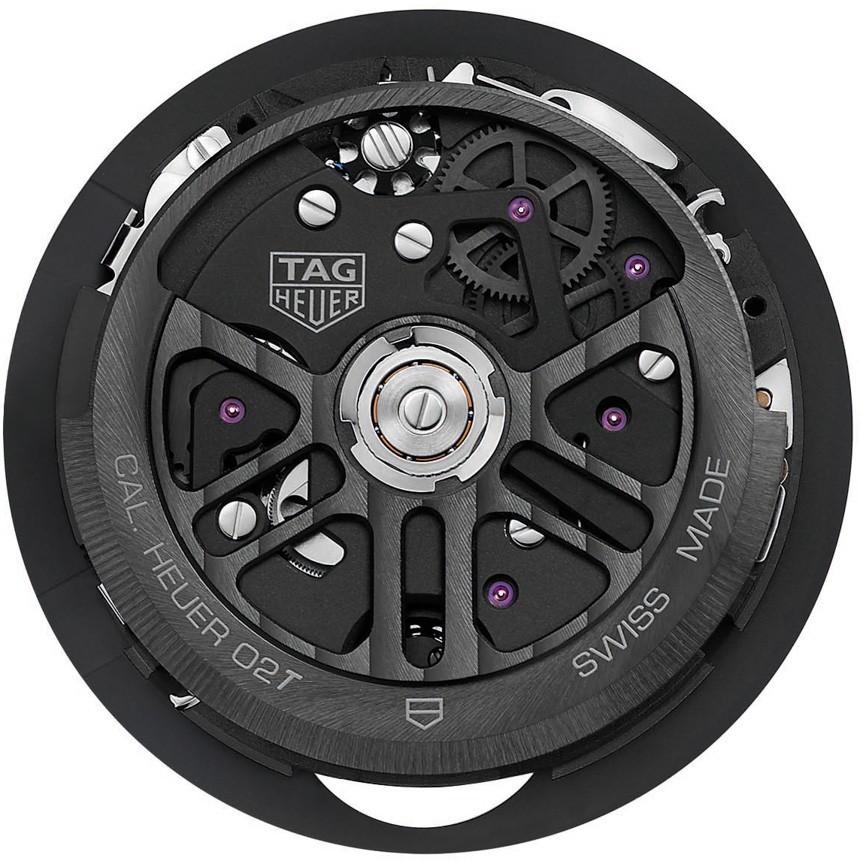 As the brand explains, the TAG Heuer Carrera Heuer-02T was developed “directly from the DNA of the CH-80 chronograph, used as a basis.” The story goes that TAG Heuer has rebuilt many of its CH-80 calibers it had remaining from that shut-down project – an ingenious idea to make good use of a batch of movements too small to release a full collection of watches priced at a couple thousand dollars, but apparently versatile and strong enough to be modified in such creative ways. 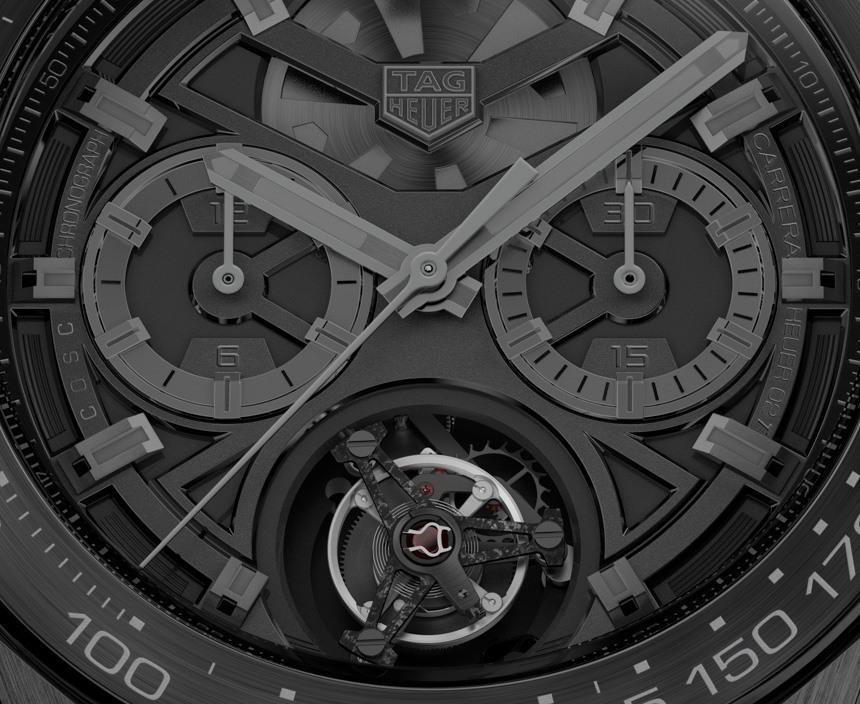 The result is the 32 millimeter wide Heuer-02T manufacture movement, each and every single one of which TAG Heuer will have COSC certified. That is a convincing move so that there can be no doubt to the performance of this caliber; and also a rarely encountered decision, as the absolute majority of five- and six-figure priced tourbillons are not subjected to COSC (for the simple reason that many of them would not meet the -4 to +6 seconds daily rate criteria). 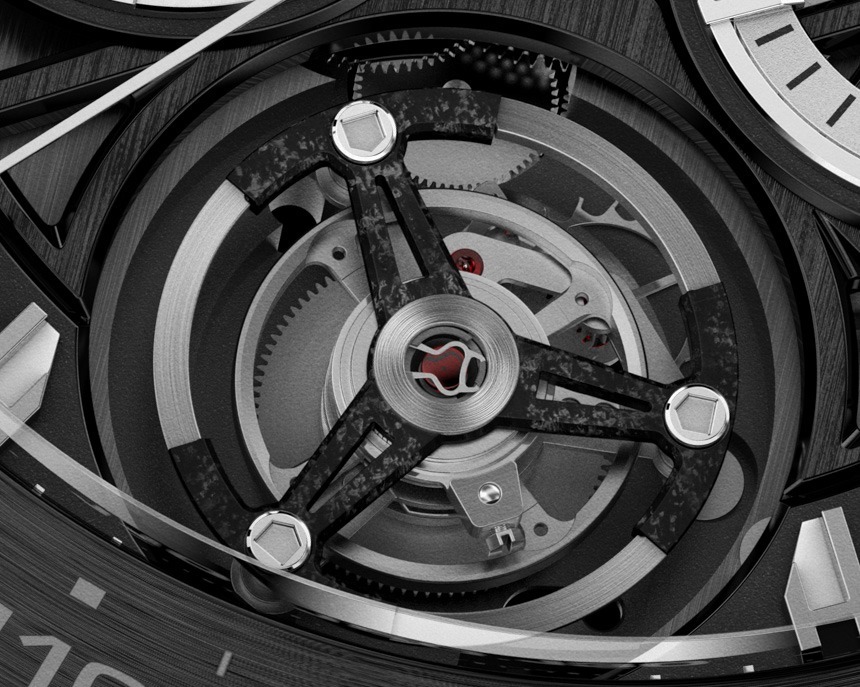 The tourbillon cage is crafted from titanium for the middle section and carbon fiber for the top part, all in an effort to keep the weight down to a minimum, which in turn helps increase power reserve and chronometric performance. The movement even runs at 4 Hertz or 28,800 vibrations per hour, a contemporary and again, rare-for-tourbillons, frequency.

All this is wrapped into the TAG Heuer Carrera Heuer case – talk about a confusing name – basically the same as we saw in the Heuer 01 (reviewed here). This means a 45 millimeter wide case in Grade 5 titanium with 12 modular components and 100 meters of water resistance – yet again, impressive stuff for a tourbillon chronograph.

The skeletonized dial provides a nice view over the movement: the single barrel of the movement is exposed at 12 o’clock, held in place by a V-shaped bridge, the chronograph 12-hour and 30-minute counters are at the 9 and 3 o’clock positions respectively, while at 6 o’clock we find the opening for the tourbillon. Despite the lightweight titanium and carbon cage, the tourbillon of the Heuer-02T apparently will not be as large as they sometimes get on other pieces – clearly a limitation of the movement architecture, that, because of its chronograph function, did not allow for the fitting of a larger “whirlwind” mechanism. 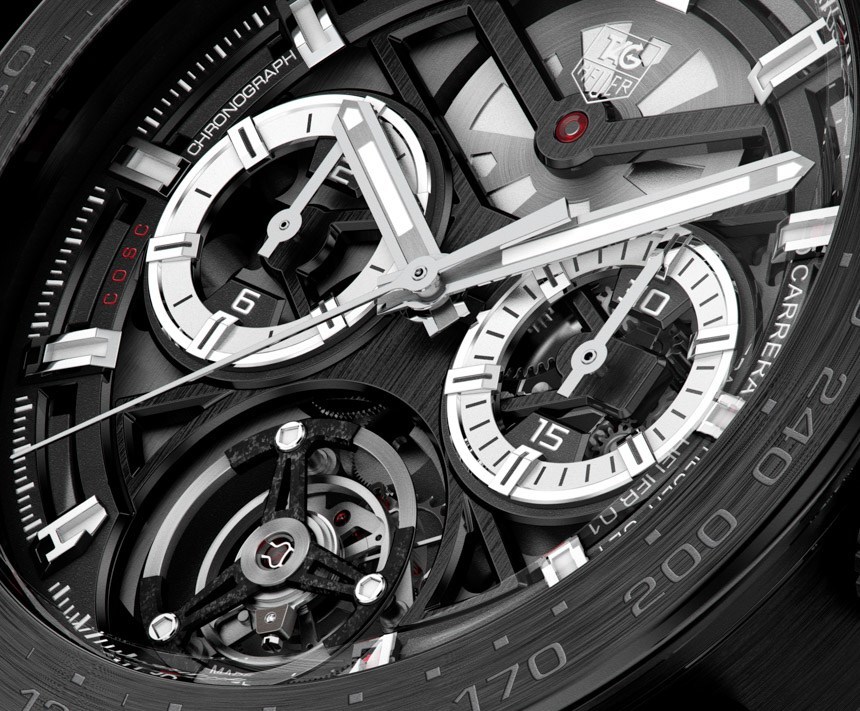 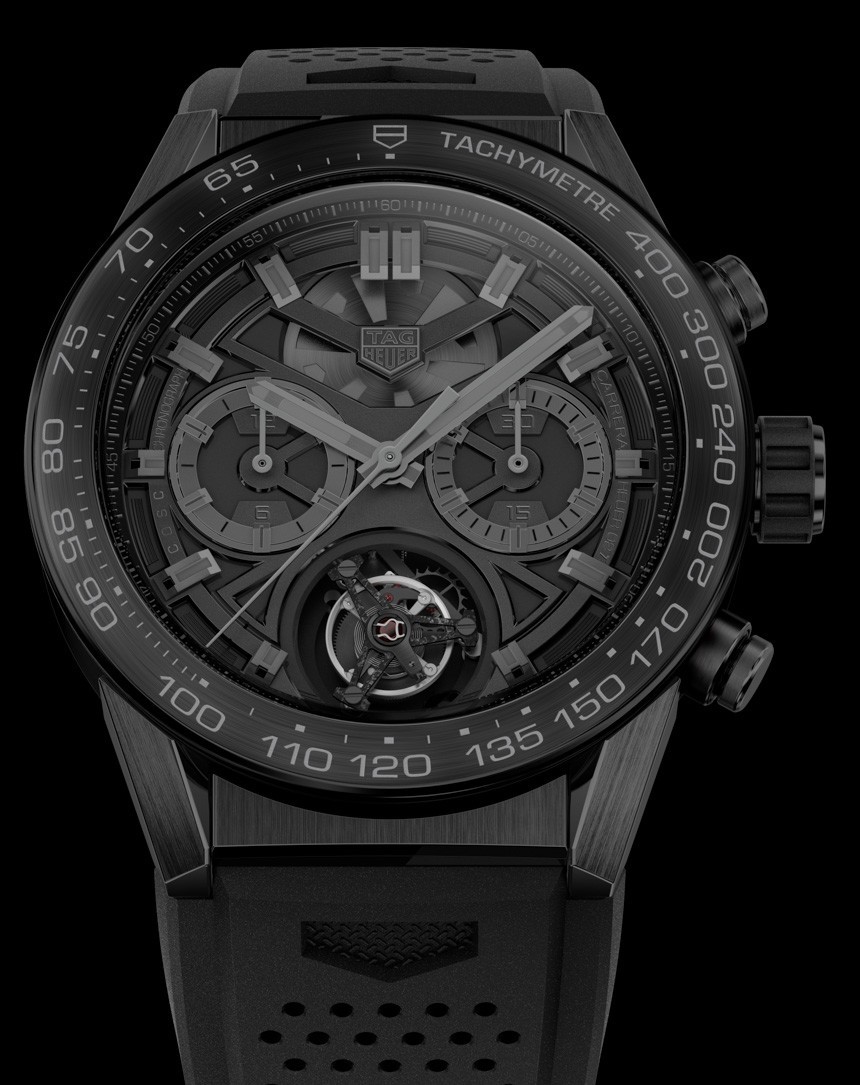