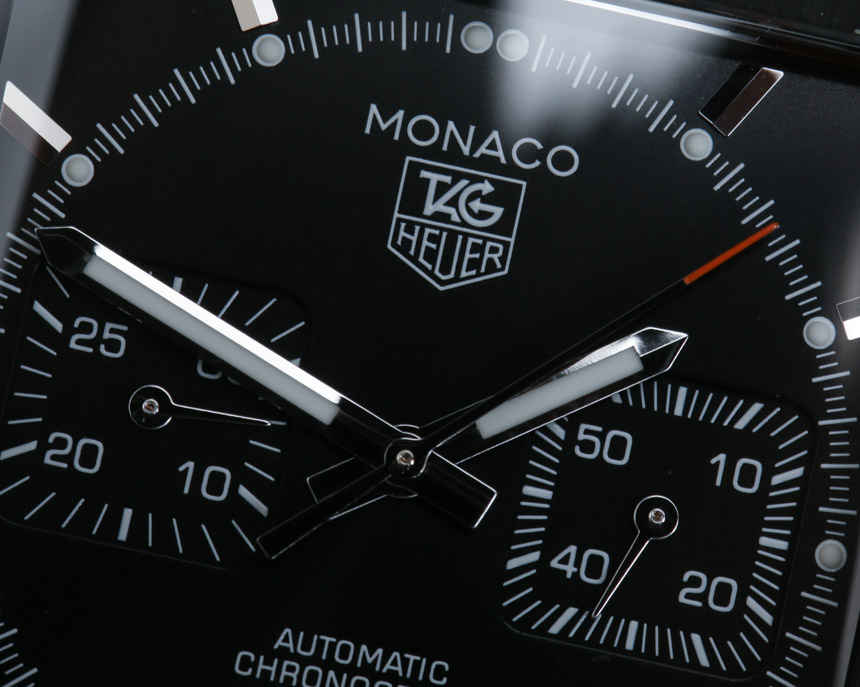 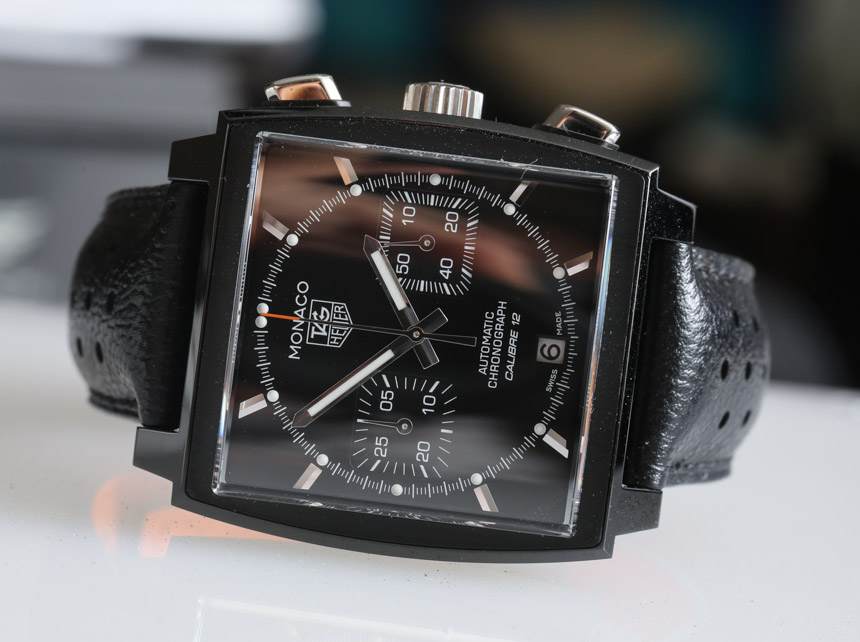 Allow us to take this opportunity to not just review a unique version of the TAG Heuer Monaco, but also to review the collection as a whole. The Monaco is one of TAG Heuer’s most famous watch families, sporting a cushion/square case which was originally debuted in 1969 – an important year for watch making, and an important year for Heuer. The Monaco watch gained fame when actor and driver Steven McQueen wore one in the 1970 race movie Le Mans. More recently, the Monaco was very prominently featured in the television show Breaking Bad. The watch was worn by the lead character Walter White (played by Bryan Cranston) in the last two seasons of the show.

The Monaco is indeed a cultural icon, but is it also a good watch? That is a great question. TAG Heuer has been producing the Monaco for over 40 years, and even though it sports a unique design, there must be something about this timepiece that keeps people coming back. This was my first time wearing a Monaco at length so let’s take a look at how it measured up.

This particular version of the TAG Heuer Monaco is a limited edition for 2013. It is called the Monaco Calibre 12 Automatic Chronograph ACM Edition. There are two important elements to the design. It is actually the second time TAG Heuer has created a watch to honor the “Automobile Club de Monaco” (ACM). This is exactly what it sounds like, a car club in the principality of Monaco in Europe. The ACM gets a lot of limited edition watches made in its honor, and each has the clubs unique logo somewhere on the watch.

In this case the ACM logo (and hint of the hallmark orange color) is placed on the back of the watch over the sapphire crystal window where you can see the movement. What I’ve said is amusing about this watch and that is that it “is a Monaco… for Monaco.” The second and perhaps more important feature of this watch is that it is black in color. Aside from the Monaco Twenty Four Concept Chronograph Tag Heuer produced in 2009 during their 40th anniversary of the Monaco, this is the only other modern Monaco to come in a black case. It is further meant as a visual homage to a very rare and famous black-colored Monaco from the 1970s known as the ref. 74033N. Sources disagree on whether the 1970s black Monaco was even a production model, and it is exceedingly rare and mysterious. This ACM Edition Monaco follows suit offering a black case with polished steel chronograph pushers and crown. It isn’t a direct re-edition, but it is a thematic reinterpretation of the legendary black Monaco. 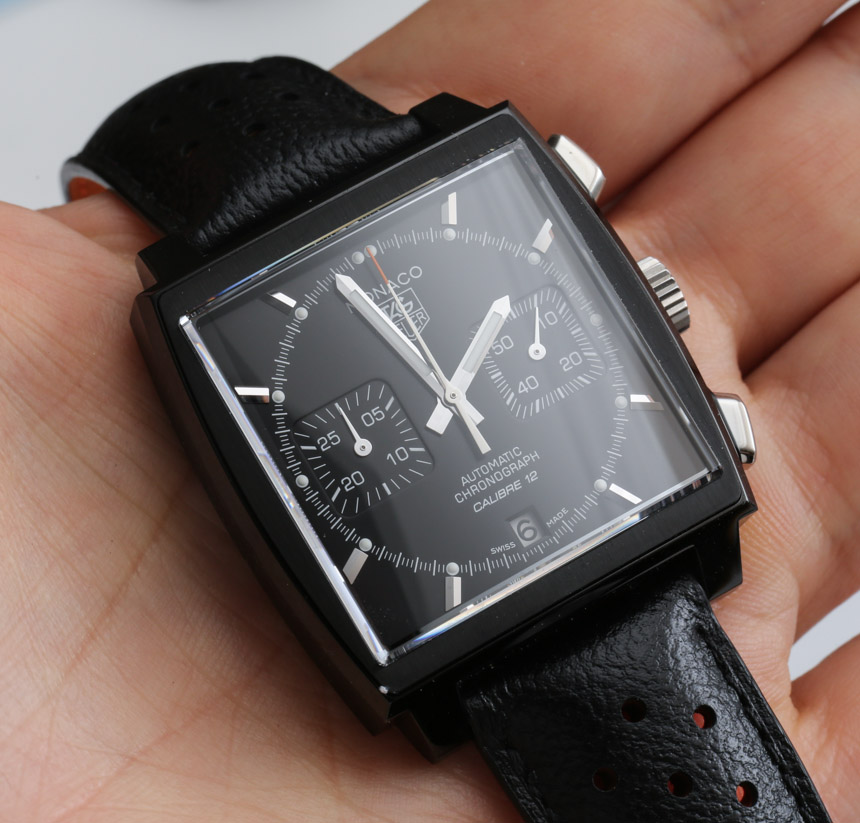