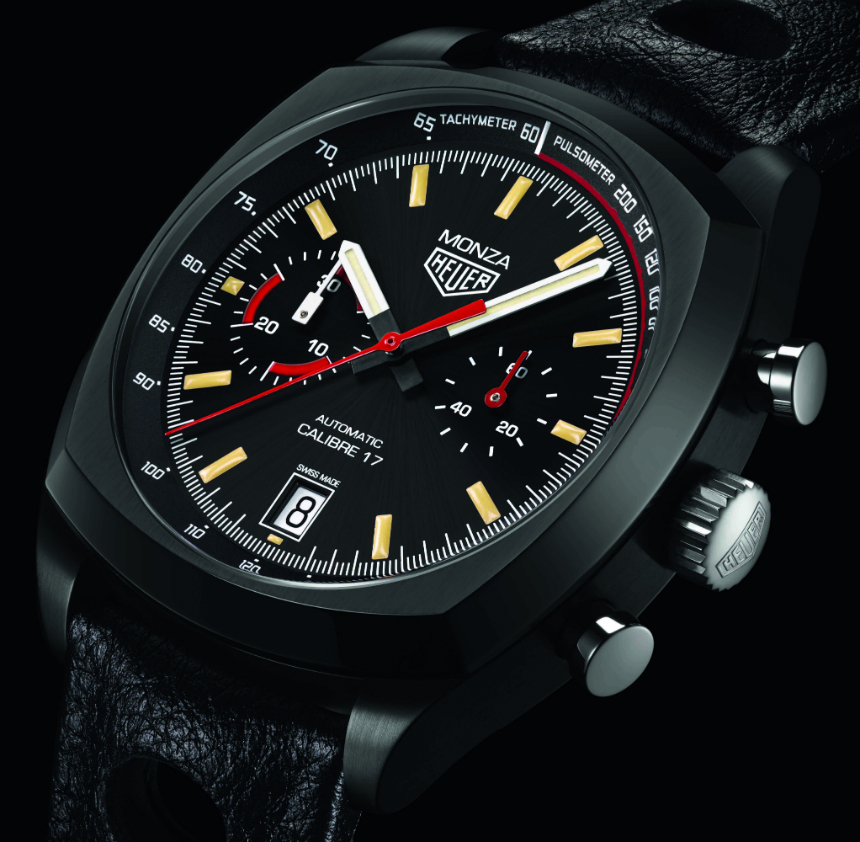 TAG Heuer is on a vintage reissue kick this year, and this new-for-Baselworld-2016 TAG Heuer Monza is likely to have enthusiasts utterly ensorcelled. On the heels of the Autavia Cup where fans are asked to vote for their favorite vintage TAG Heuer Autavia to be reissued, we see the release of the most ubiquitous Heuer Monza, the version initially designed in 1976 by Jack Heuer to commemorate Niki Lauda’s first world championship title at the Ferrari World Championship. With only some minor updates and overall styling consistent with the original, the TAG Heuer Monza Chronograph reissue is how a reissue should be done – unfussed with and keeping in the spirit of its precursor. 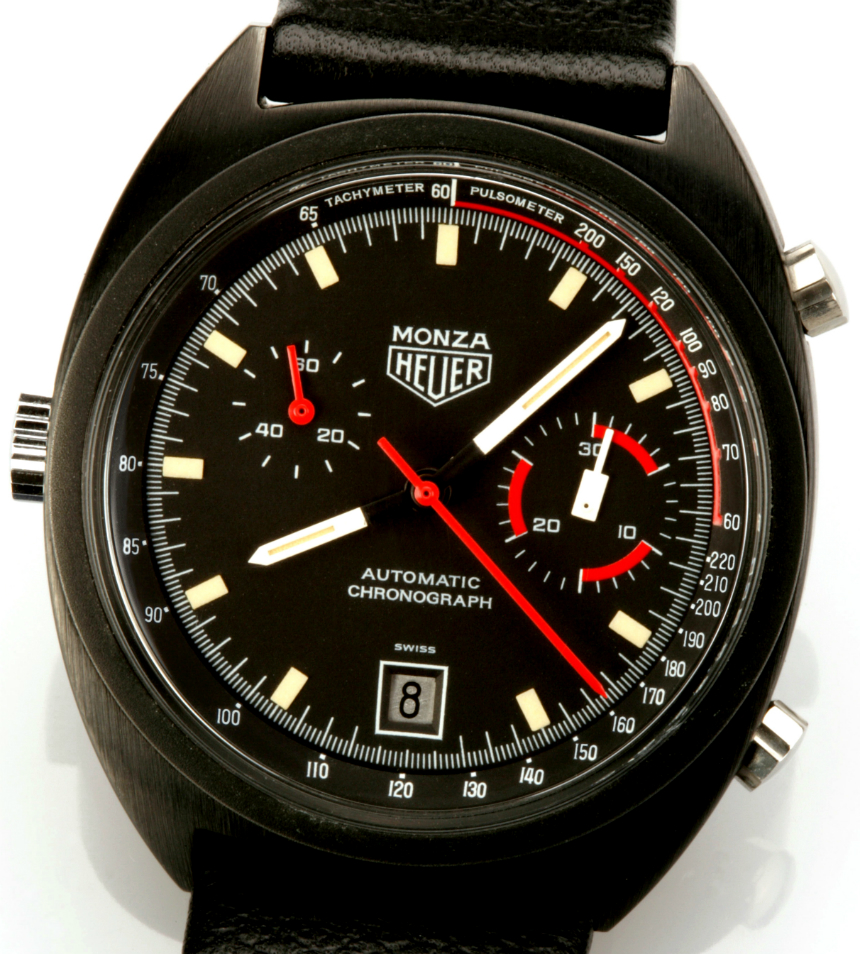 A bit of history on the Monza: the watch was initially introduced back in the 1930s and has seen a few iterations through the decades. In the gallery at the end of this article, there are images of some noteworthy historical models, but this reissue is dedicated to reviving the all-black, late-1970s-through-early-1980s run seen above. The familiar black cushion case, pulsometer (measures heart rate), tachymeter, and red touches throughout, balanced with beige hour markers make for one of the coolest chronograph watches made, period. 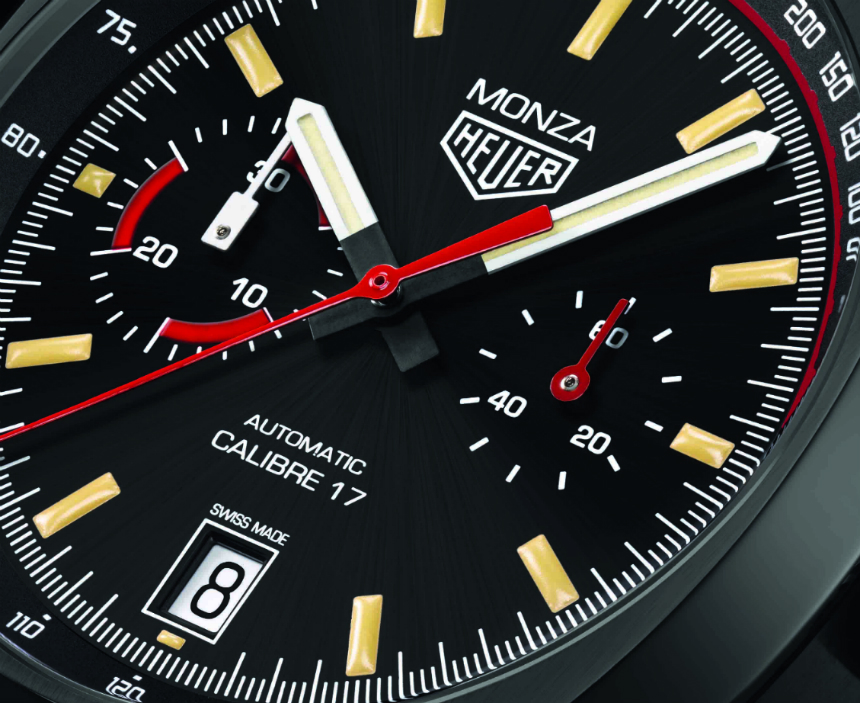 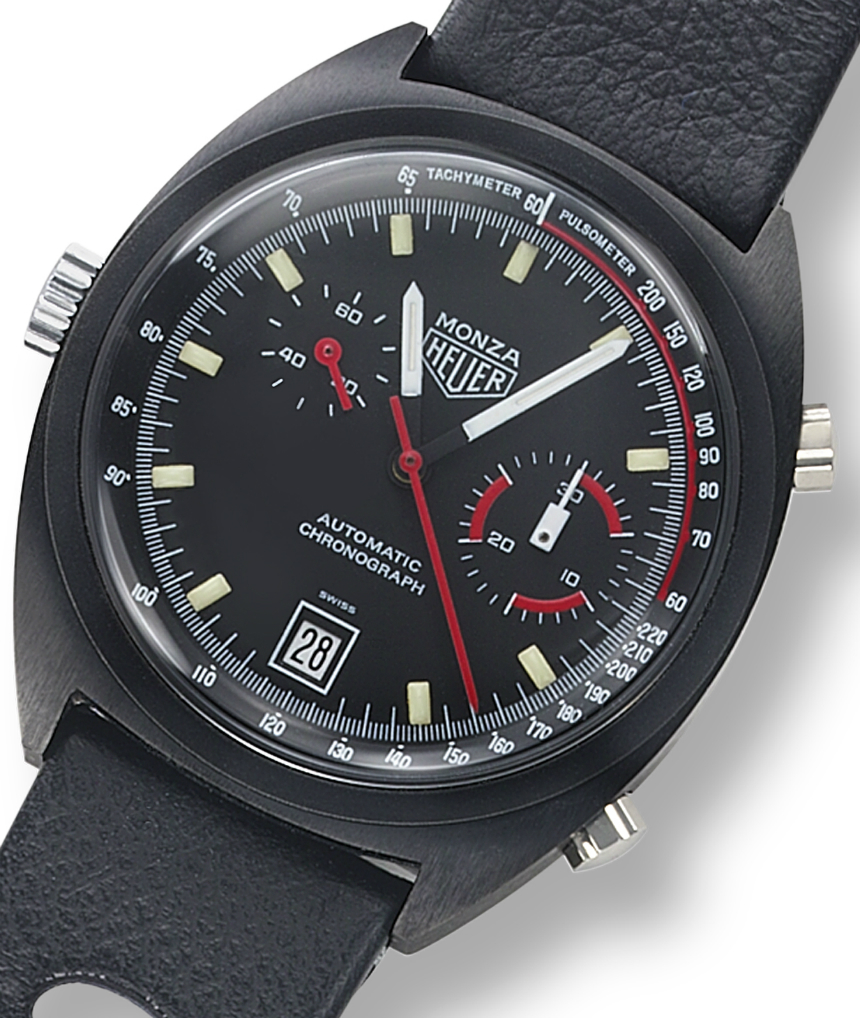 Another shot of the 1976 Heuer Monza

So, what’s new? Well, first off is the automatic calibre 17 movement, used in many contemporary TAG Heuer chronographs. They’ve also taken the older steel case and replaced it with a more lightweight grade 5 titanium that is then coated with titanium carbide for the black look. They also adjusted the size for modern day preferences, taking the 39mm case up to 42mm, along with moving the crown to the right side of the case. The case back is also engraved with a red lacquer-finished Heuer logo. Other than these changes, they left the original well alone. I think the reissue works in demonstrating the fact that the best thing you can do sometimes is show restraint in knowing when to leave “updates” on the table. 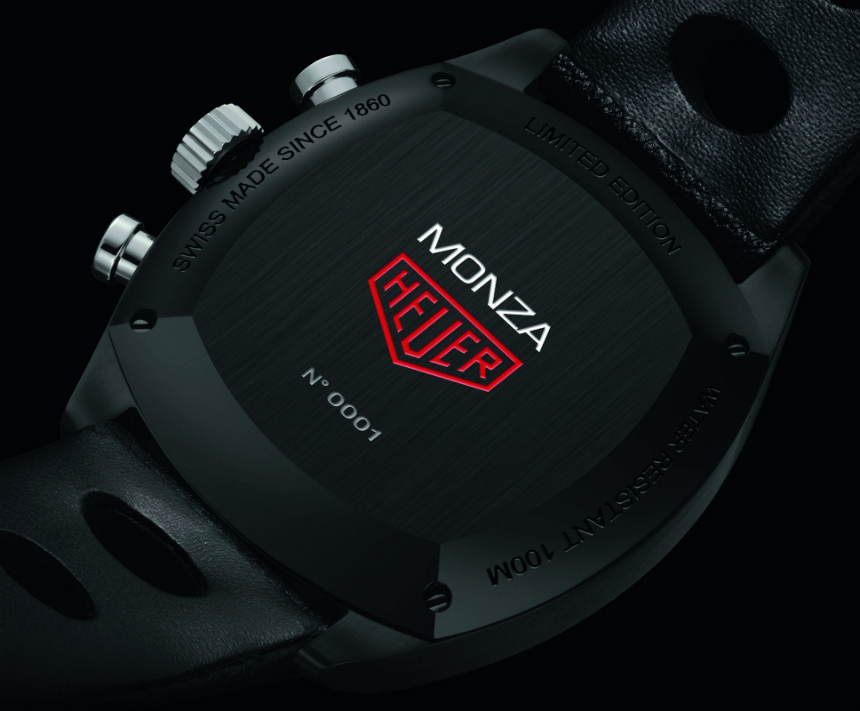 While we’ll have to wait to see which TAG Heuer Autavia model will get reissued for 2017, this Monza is sure to whet the appetite of buyers looking for that untouched retro look with some updating for today’s tastes. In a way, TAG Heuer is running the gamut by appealing to younger Swiss watch buyers, buyers interested in a higher-end smart watch, and now with enthusiasts of the brand’s vintage pieces. We can’t wait to see this watch in person to see how it looks and feels on the wrist. Price for the TAG Heuer Monza Chronograph reissue is 4,900 CHF. tagheuer.com