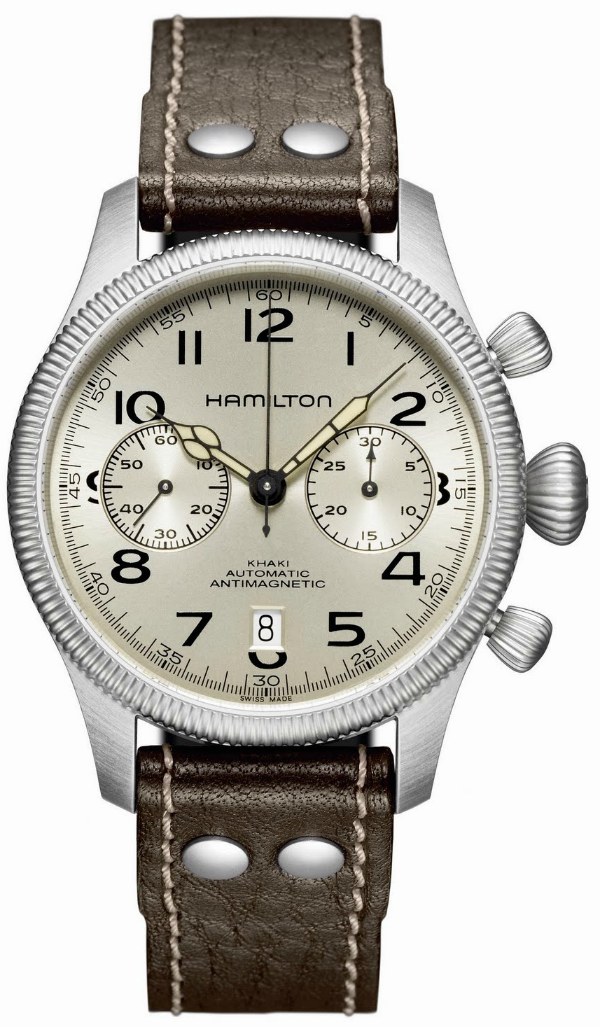 Why oh why can’t there be some cool cult watch made popular by being on Harrison Ford’s wrist in one of his movies? Seriously, not even Indiana Jones wore a timepiece. That is totally a character that would wear a watch! Something like a Hamilton military watch or similar… whoa! I am getting ahead of myself here.

No, Han Solo never wore a wrist instrument either. Ford likely wore watches in other roles while he was running from the FBI, or running after someone as the FBI, but it just isn’t the same. So what about his personal life? I don’t know the guy but I have heard a few things about him as a watch wearer. First of all, for a long time (perhaps even now) Harrison Ford has been a Rolex man. That makes sense especially since he gained fame in the late 1970s into the 1980s. 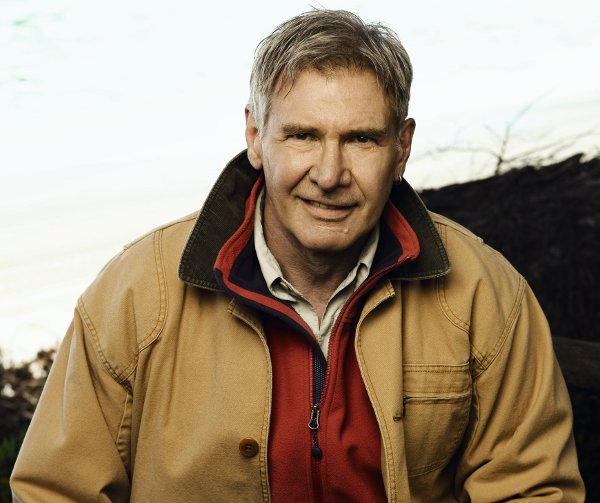 I also know that Harrison is a hell of a pilot. Not just one of those actors who owns a fleet of planes and thinks they are cool when they fly around a bit with an instructor. No, he takes it seriously and is a legit pilot. I also believe that he tends to fly with another pilot just in case things go wrong – not like he can’t afford the co-pilot. My understanding is that actors like Ford prefer flying as a hobby because if offers them some welcome seclusion and peace. No one is kissing their ass, and no one is bothering them. In a sense, it is a way for them to get away a bit. Anyhow, as a pilot, he likely owns a few nice pilot watches as well (which could be anything from more Rolex, to Tutima, Breitling, IWC, Hamilton, etc…). 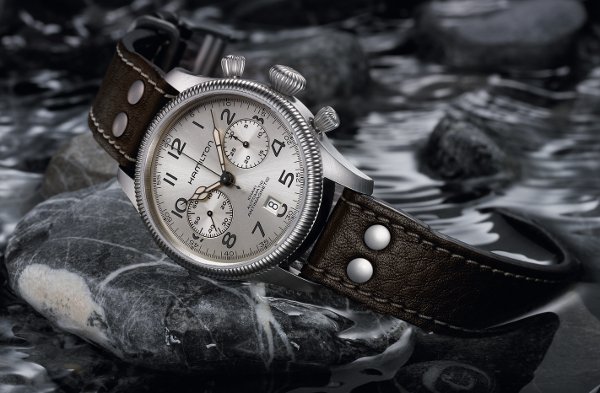 Other than that, I just don’t know about his wrist preferences or what he likes to wear. What we do know, however, is that Harrison Ford has a long standing relationship with the Swatch Group and Hamilton. The watch makers and famous actor have teamed up on at least three occasions to bring you nature love-themed Khaki watches. Let me explain – it isn’t socially cool for wealthy actors like Ford to do corporate sponsorships. So what they often do is instead volunteer, for charity. Hamilton doesn’t pay Ford for this. Ford sits as the face of a new Hamilton watch collection, donating his time to the charitable cause to make money, but also being able to enjoy working with the brand. Hamilton indicated to me that Ford was actually involved with the design of the watch – I’d really like to hear more about that. As an added benefit to Ford, there are likely tax write-off incentives to this type of work. 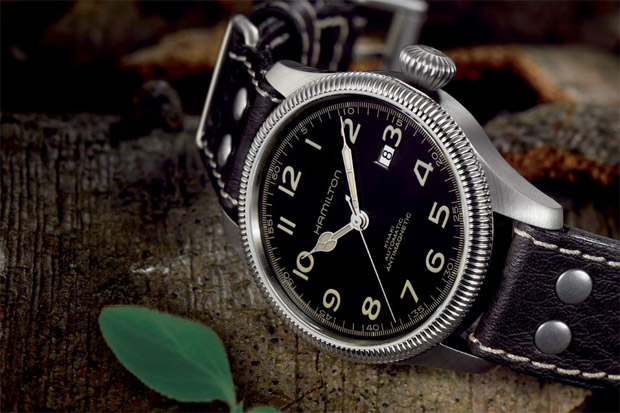 In this case there are two charities in action, Conservation International and Team Earth. Actually, Team Earth is part of Conservation International (vague name right?). The charity does something environmental. Not really sure what… but perhaps it involves conserving the environment. At least that is where the money goes. My issue with organizations such as this is exactly this problem of vagueness. It is damn hard to understand exactly what they do. There are a lot of feel good messages, pretty colorful pictures with the saturation levels properly upped, and stories about how some village in a place with a jungle now has Pellegrino water.

Mr. Ford has reportedly been on the board of Conservation International for a long time so I want to believe that good work is being done. Though for me, I want a bit more detail on where and how that percentage of watch profit that goes to the charity helps resolve the problem of how endangered frogs and shirtless children can get along better. 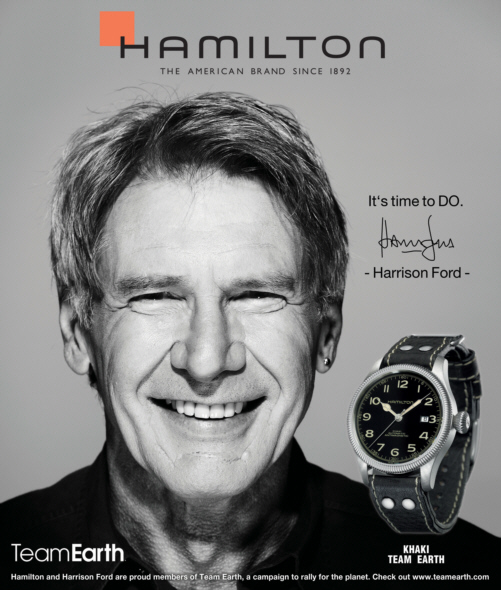 Conservation International works with some major corporations. They don’t exactly do the environmental work themselves, but seem to rather locally fund projects – which is pretty standard for that type of business. A major role for them in working with large companies is to act as a “green wash.” To in essence, add an eco-positive PR spin to their marketing to help those companies look like they are involved in caring about the environment. Wow… this started moving away from watches faster than trees are being butchered in the rain forest. Back to the timepieces! (And by the way I am a pretty hardcore environmentalist – owls over towns!) Hamilton, you aren’t allowed to get irked by this as I do like the watches!

So Hamilton, Harrison, and Conservation International have a few watches under their belt that each look ready for Amazon jungle duty. Based on pieces from Hamilton’s classic Khaki collection, the watches are quite sharp in a retro-functional way.  The newest one is the Hamilton Khaki Conservation Auto Chrono – and it is a handsome little devil. Set in a 42mm wide steel case, the vintage pilot style watch has a very mature look and easy to read dial. It looks like the perfect watch to wear while driving around in your barely street legal Defender on the way to the farmer market. 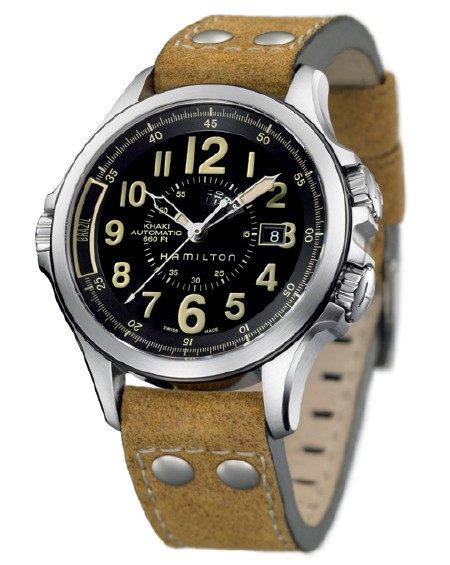 Inside the watch is a new movement called the caliber H31. The movement is made by ETA exclusively for Hamilton and it has 60 hours of power reserve. Nothing wild here aside from some standard tie-in branding on the back of the watch. Honestly, I would much rather prefer to have Harrison Ford’s smiling face on the back of the watch – that would be pretty nice actually (but lord the licensing costs from Ford’s people!). Price for this urban off-road good looker is $1,895.

Each of the Harrison Ford Hamilton watches is under $2,000 – which more or less corresponds with the overall Khaki range. Most of these pieces are fantastic looking and worth your attention. Just don’t pay much attention to all the eco-stuff in my opinion. My presumption is that while a significant portion of the sales actually will go to Conservation International, it is just too unclear for me how that money gets used for actual environmental protection/conversation. Get it for the Harrison Ford connection instead.