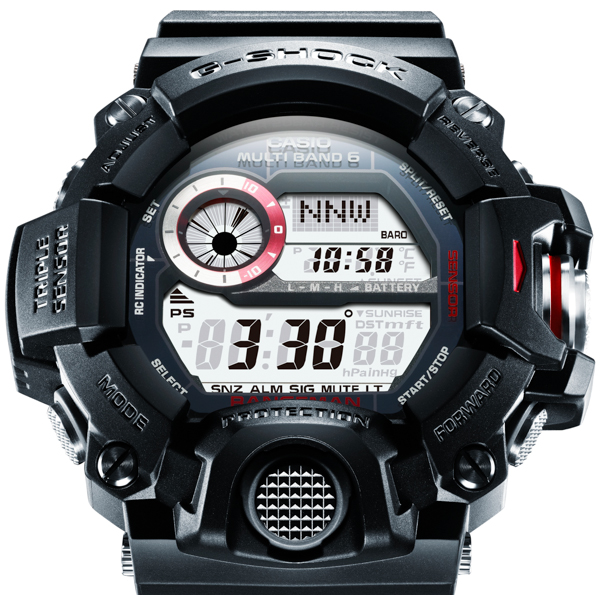 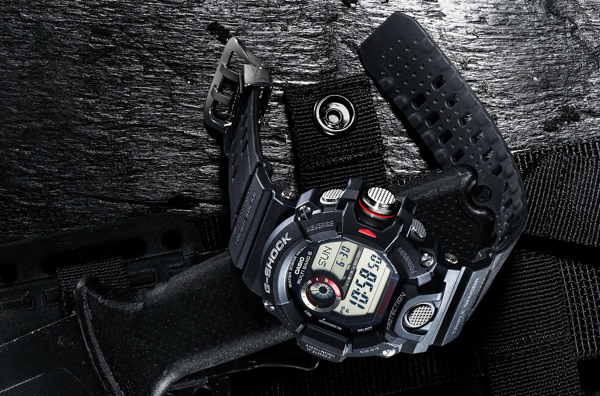 Casio has announced a new addition to their Master of G collection, the GW9400 Rangeman. Essentially a step up from a Mudman or GW9200 Riseman, the Rangeman employs a similar case design but incorporates most of the features normally associated with the Pro Trek series. This is a rather important new watch as the Riseman has been a very popular G-Shock model for the last few years. The Rangeman sports Casio’s Triple Sensor, which provides altimeter, barometer, and compass data among a host of additional features. The GW9400 Rangeman makes a serious case for itself as a more versatile Pro Trek alternative.

Casio says the GW9400 Rangeman is inspired by the needs of professional soldiers and adventurers and with its pronounced (easy to push) buttons, 200m water resistance and laundry list of features – we’re inclined to agree. Alongside the digital compass, altimeter (with display resolution to 1 meter), and barometer, the GW9400 also boasts a thermometer, sunrise/sunset data, 48 city world time, 1000 hour chronograph, 24 hour countdown timer, time stamp function and auto LED illumination. It looks cool to boot. 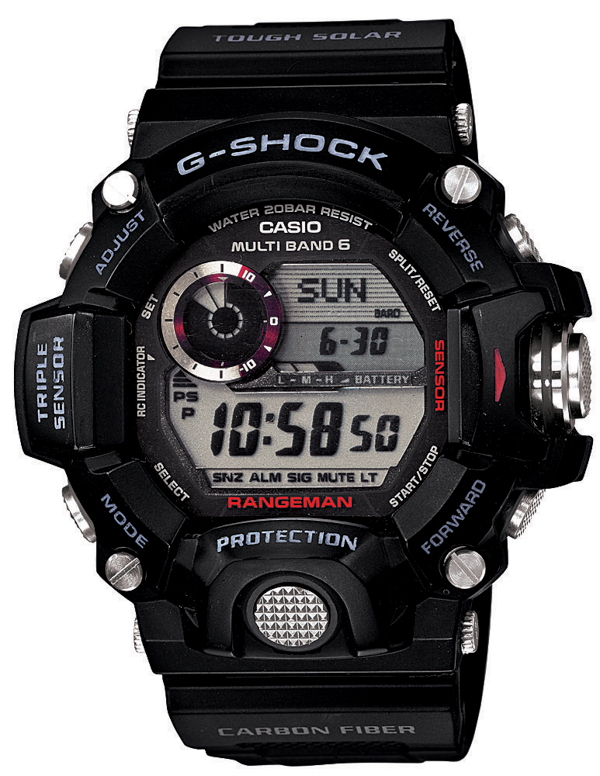 The time stamp function allows the operator the ability to save up to 40 time logs, useful when remembering an exact timing crucial for your mission (or when you called for that delivery pizza). I would imagine that this relatively simple feature would be exceedingly useful in any job that requires exact records for time, and could make the Rangeman especially handy for keeping accurate dive logs as a backup for a dive computer. Power is provided via Casio’s Tough Solar technology (light powered) and accuracy is assured thanks to their Multi-band 6 atomic timekeeping, which can synchronize with the atomic clock radio signals from one of six locations in the US, UK, Germany, China, and Japan. 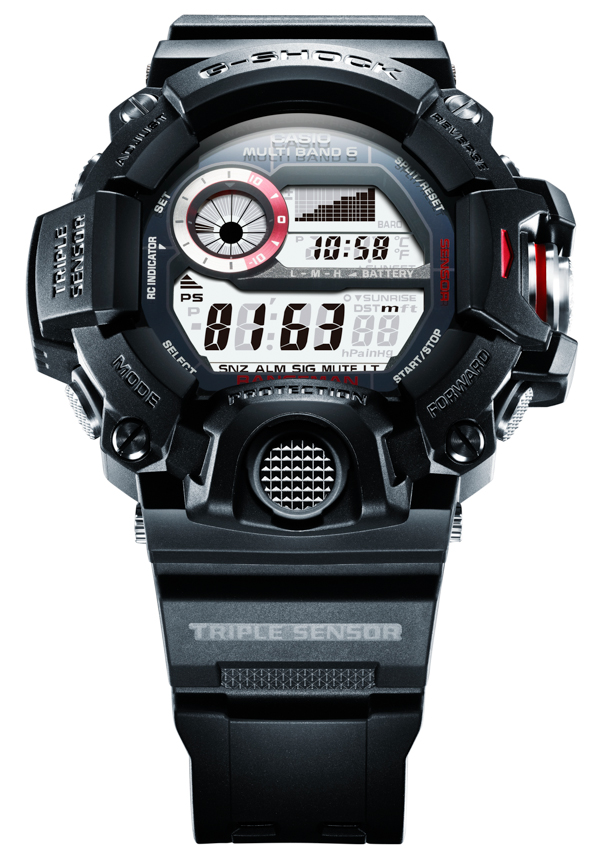 The GW case shape is a G-Shock icon and the GW9400’s case is made from urethane and has a forged steel case back. As an avid hiker, runner and novice diver, I really like the idea of a GW with the features of a Pro Trek. The GW9400 will be available for $300 USD this November in either “stealth black” or “army green”. Given the complete list of features, rugged design and signature G-Shock style, the GW9400 Rangeman looks to be an ideal multi-role sports watch and an overall great do-anything timepiece for those looking for a daily beater. gshock.com