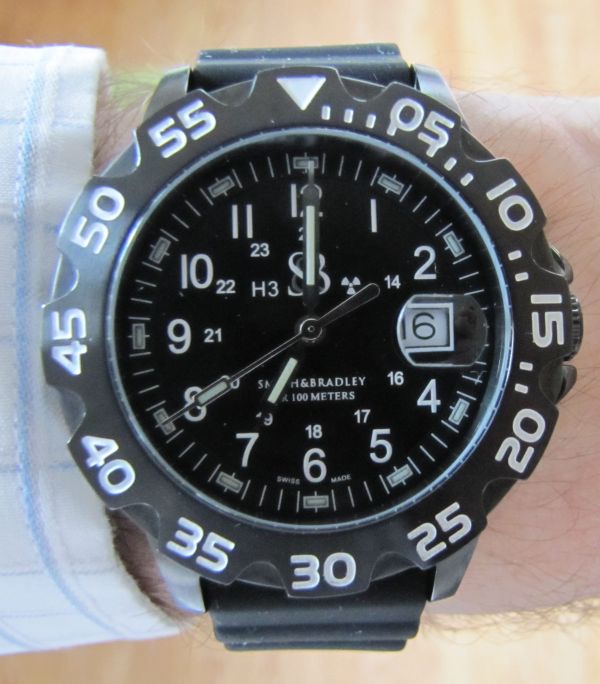 Today we’re going to talk about something that’s a relative rarity here on aBlogtoWatch – a watch that’s seeking Kickstarter funding. And not only that, we’ve been able to spend some time with the watch, so we can bring you some impressions even while the campaign is being funded. Another interesting note on our sample – this was literally handed to us off the wrist of one of the co-founders. That doesn’t happen too often!

The Sans 13 by Smith & Bradley (project page) is seeking to create a watch that, as co-founder Jerommie Smith says, takes a truly tactical watch and incorporates touches that make it a bit more viable for day to day usage. At first glance, the Sans 13 may look like a lot of other watches in the tactical segment, right down to the use of tritium tubes (of note, our sample had a “low light” variant of the tubes, which used tritium paint and a phosphor gas, rather than the brighter tritium gas tubes). So, why is this one different? 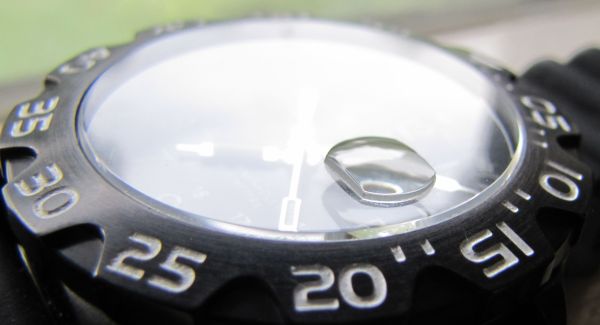 Well, I can’t speak to all the other brands out there, but the design of this watch was informed by people using these sorts of tool watches out in the field – in true tactical situations (Jerommie himself was a police officer for 17 years, including 5 years on a SWAT team),. They also had input from over 100 other special forces members, as well as SWAT team members, to help shape things (such as the low light tubes option). To that end, many of the design choices conform to what was actually useful. For example, the choice of a relatively small crown paired with a larger crown guard. As it was put, if you get caught in a fight (though many of us likely won’t), the crown and stem can be easily damaged. By shrinking it, and increasing the size of the crown guard, you’re keeping that part of the watch safer. Here are some of the other design points that followed a similar decision path: 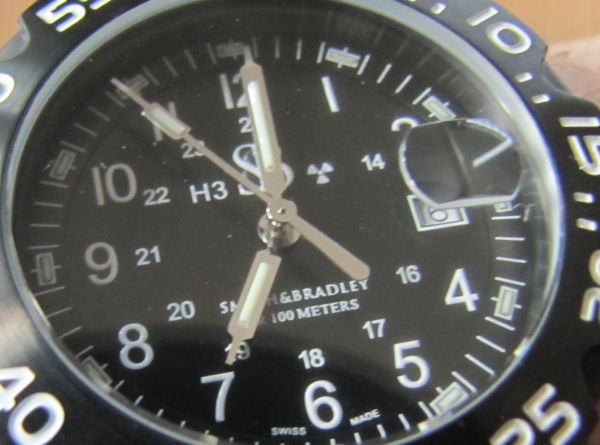 From my perspective, it really does seem like a lot of thought has gone into the design of the piece, in terms of how it could potentially be used. Speaking of that, I was able to wear the watch we had for a few days, and I did find that it worked well in daily wear. At first, the thicker case was something of an annoyance, as it wasn’t slipping under my shirt sleeves. Once you get used to that however, you can appreciate how simple it is to get a quick glance at the time. 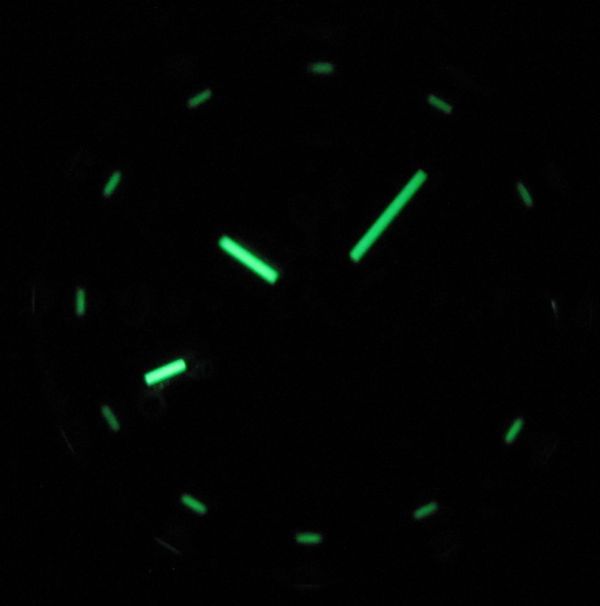 And, as was asserted in the chat I had around the watch, reading the time is simple whatever the time of day. The black-on-white color scheme makes things rather visible, and the silver handset does do a good job catching whatever ambient light there might be. And of course, once things are dark, those tritium tubes make it easy to read the time.

As I noted before, we had a special “low light” version of the tubes in our review sample. What this means, in plain terms, is they are not as bright as you probably are familiar with in a tritium watch.  While the tubes look like regular tritium tubes, they are not gas-filled.  Instead, the inside of the tube is lined with tritium paint, and then filled with phosphorous paint.  This provides an even glow over time, and they met their stated goal of 12″ visibility. Basically, so long as the watch is 12″ or so from your face, you’re able to read the time.  Of course, with “regular” tritium tubes (which is what the Kickstarter is offering), visibility will not be an issue.  Should you want the low-light version, that will be an option – more on that later. 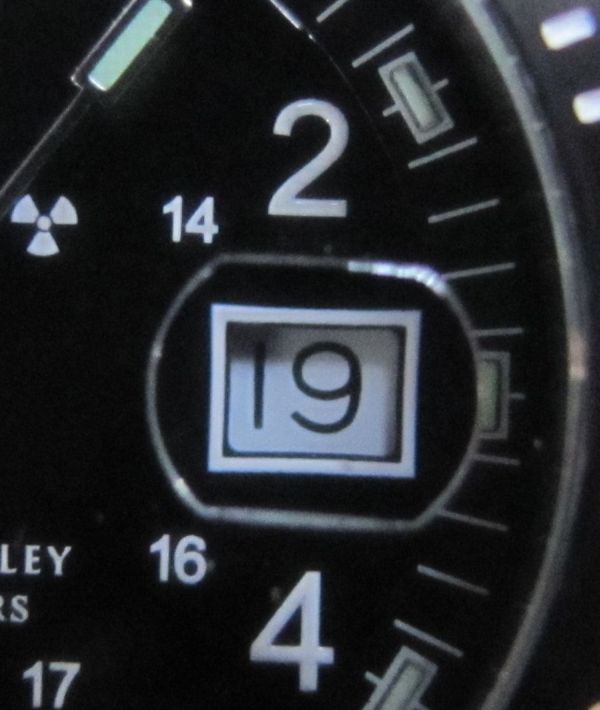 One feature I’m a little uncertain on is the cyclops magnifier. Now, this could just be due to the fact I’ve never had a watch with one, but I’m still not convinced of the utility. I suppose it is nice to have the date magnified – especially in situations where the date window is on the smaller side. Here, I felt like it really made it so you had to have the watch at just the right angle to get the cyclops positioned properly between the date window and your eyes. And again, this just may be common to the feature, and not a specific hit against the Sans 13.