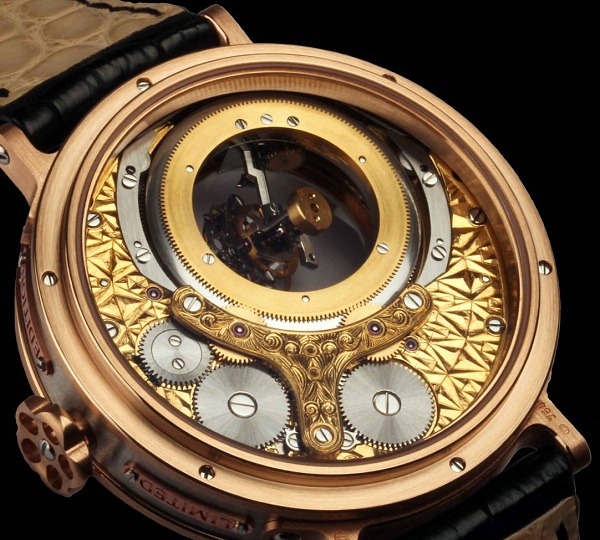 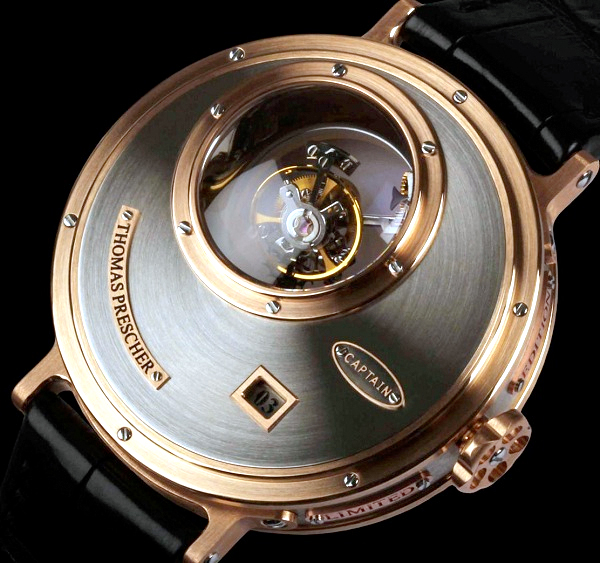 Thomas Prescher strikes you as the type of man that knowingly knows something you don’t. What this special knowledge entails doesn’t seem to matter, but the German-born watchmaker regularly smiles reassuringly with a gleam in his eye that seems to tell you he’s figured something out about life that you haven’t. It could all just be something about his confident personality. He isn’t terribly forward with it, but he isn’t shy about reminding you that he, and only he possess certain techniques that make his little machines possible to produce. Once again he releases a watch with his special form of triple axis tourbillon.

Prescher is a compact man who currently lives in Switzerland producing a handful of rather intensely horological items each year. He has a bit of a reputation for being a rogue agent. Thomas does things his own way having a marked anti-establishment streak which seems typical with many independent watchmakers. Perhaps with good cause. For the most part Thomas is an autodidact. More watchmakers than you think are. The great George Daniels being among them. While watchmaking is an old art, it is hardly a lost one – in Switzerland especially. Those interested in teaching themselves how to make and repair watches and clocks need only acquire the right reading materials, tools, and practice a lot. Though, of course, it isn’t a career for everyone. So that is what Mr. Prescher did.

Thomas was also a military man – a fact that becomes less than surprising after you see his clean-cut conservative look. The German Navy to be precise. That former life may have helped inspire his “Nemo” collection which is a self-proclaimed homage to Jules Verne and the now popular steampunk aesthetic. This new watch is the Nemo Captain and before that he released the Nemo Sailor. I find these watches interesting but they are certainly more “steam” than they are “punk.”

Thomas is an excellent movement maker. His movements are beautiful, precise, but also very clearly hand-made. He employs a fair amount of hand-engraving as well, which can be seen on the rear of the Nemo Captain watch. Interestingly enough the Nemo Sailor was a basic two-hand automatic movement and was probably the least expensive, and most straightforward piece he ever produced – even though it was part of a limited edition of just 25 pieces. The Nemo Captain is much more high-end, and it isn’t even obvious that it tells the time.

I’ve seen a number of steampunk and steampunk-esque watches in my day. None look quite like this. Or should I say that this Nemo Captain watch doesn’t look like any of them? I actually think the watch is cool, and I certainly see the ship component inspired design elements. But would I go so far as to describe the Nemo Captain as a steampunk watch? Nope. But then again Thomas Prescher says that this is how he imagined Captain Nemo’s watch in 20,000 Leagues Under the Sea. You can’t deny a man his imagination.

The Nemo Captain watch is 44mm wide in a mix of 18k pink gold and palladium. Screws on the case abound, and the most unique design element on the case is the crown. The manually wound movement is new, and builds upon Prescher’s existing concept by adding a jumping hour window – so that isn’t a date window. 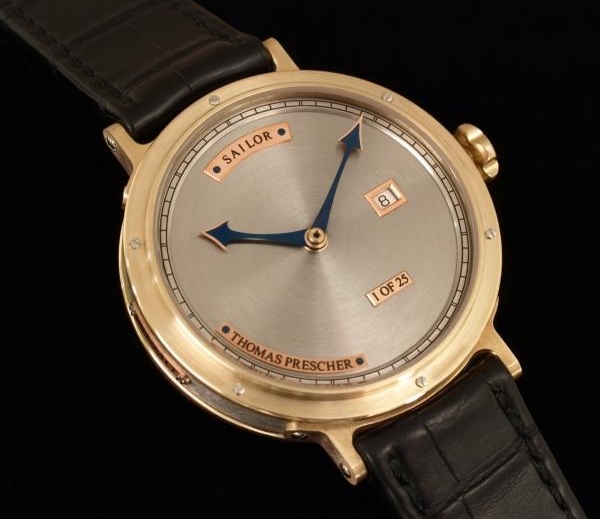 Reading the time on this timepiece is half precise and half guesswork. The window, while little, has a jumping hour display which is straightforward enough to read. While I know that space is limited because of the large open area for the tourbillon, the window just looks lilliputian and too small given the relative wealth of available dial space. Some type of double disc system for a larger jumping hour display would have been much better.

So there you have it. A triple axis tourbillon that is also the minute hand and a small, but much more straightforward jumping hour display. While cool, I still think that the two hand with date (Nemo Sailor) makes for a much better daily wearer. Then again your true aficionado (and Captain Nemo I presume) will get a kick out of this tourbillon that only Thomas Prescher can make. prescher.ch 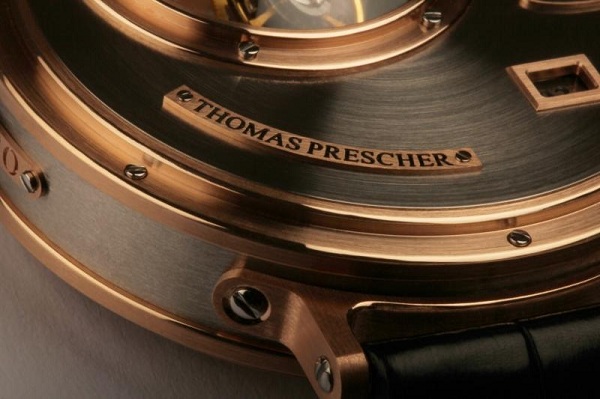