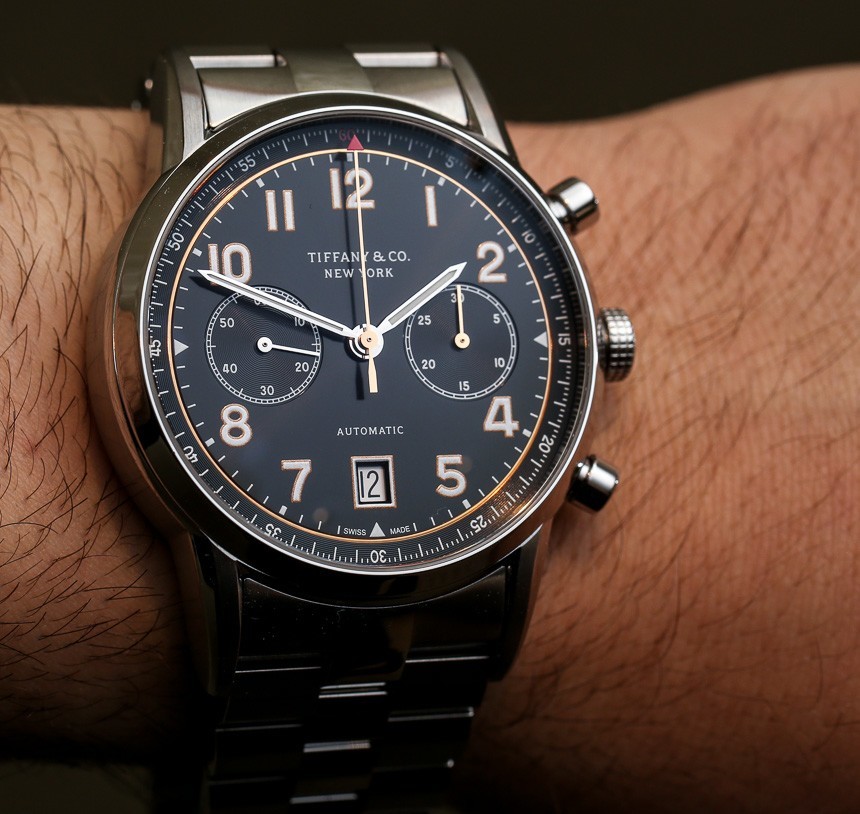 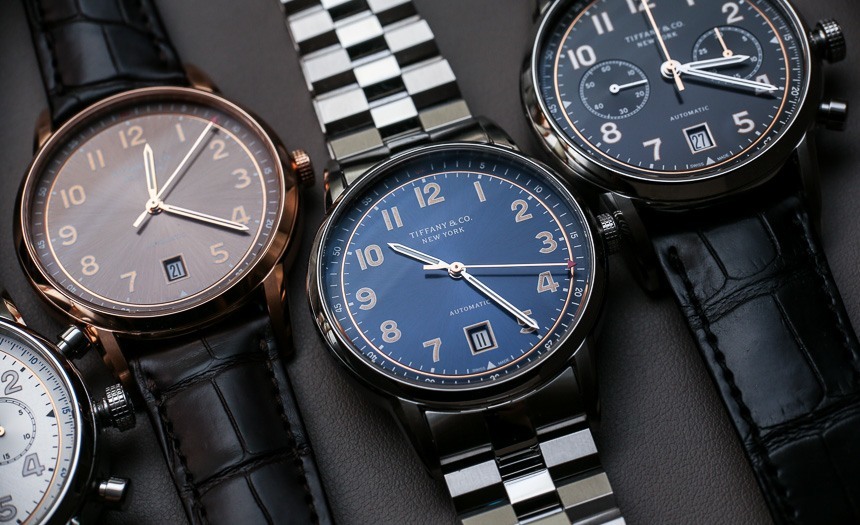 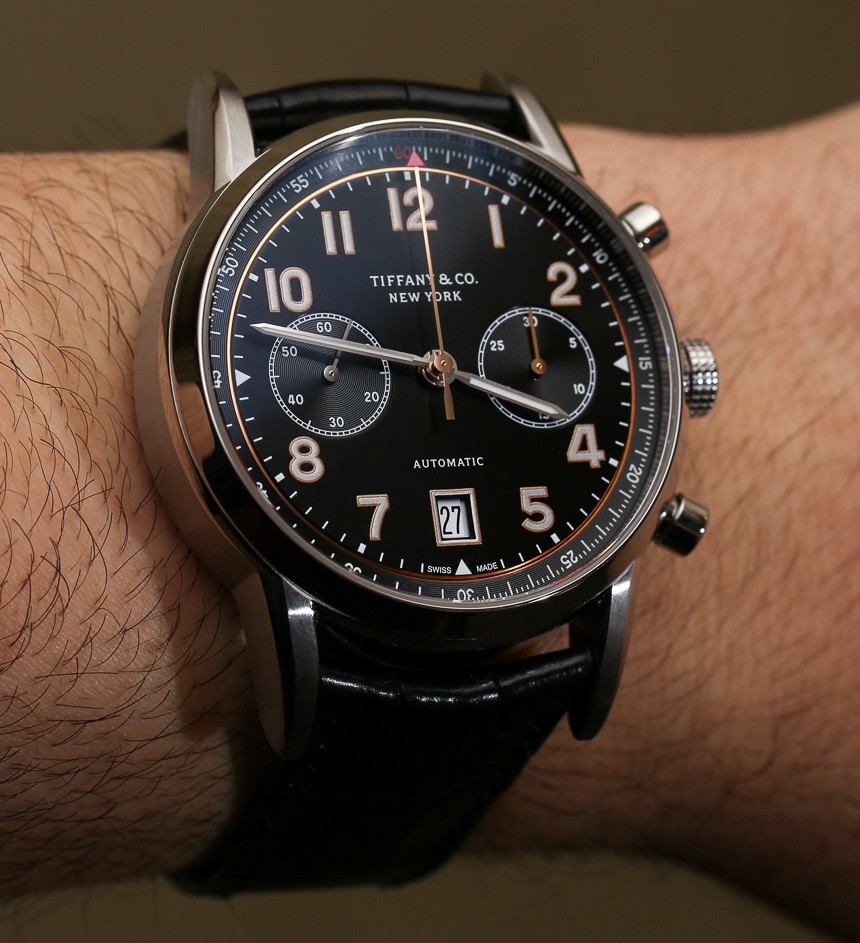 If you haven’t been following the details of the watch industry like we have, you may have missed the fact that in 2007, Tiffany & Co. entered into a very comprehensive agreement with the Swatch Group to design and produce Tiffany & Co. watches. Each company entered into the agreement with the best of intentions, but it didn’t work out and resulted in some costly (and still ongoing as of the time of writing) legal proceedings which I covered in detail here on aBlogtoWatch and also here on Forbes. The fallout left the Swatch Group looking for another brand so that they could produce jewelry watches (so they purchased Harry Winston, an American company), and Tiffany & Co. quietly announced that they would be producing watches under their own umbrella again at some point in the future. 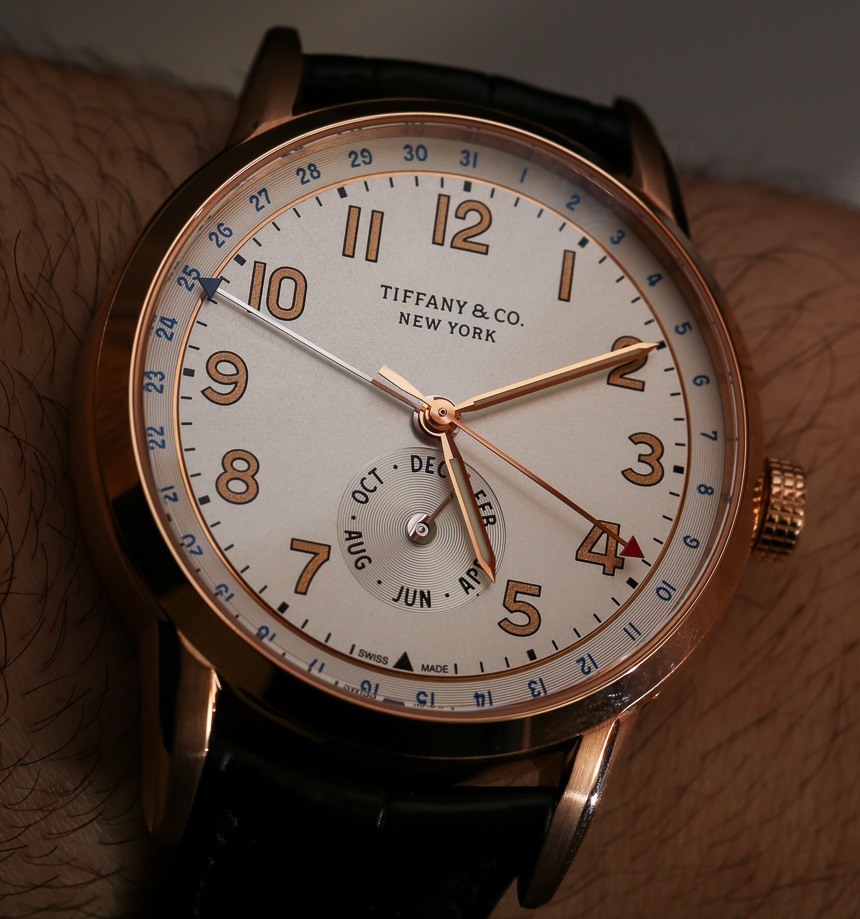 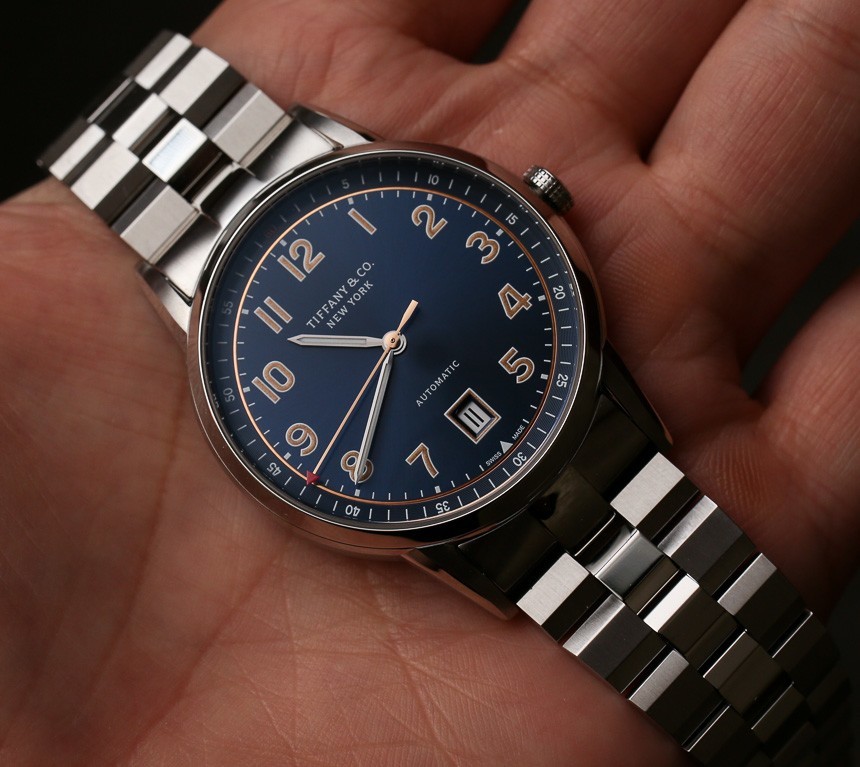 From a design perspective the 1945 timepiece referred to above was the major inspiration behind the vintage-style dial which you’ll find on all of the Tiffany & Co. CT60 watches. For this 2015 launch Tiffany is also releasing the quirky East West watch that we will cover in a different article. Beyond there there will of course be more new watches as it appears Tiffany & Co. is once again quite serious about being a player in the watch world. 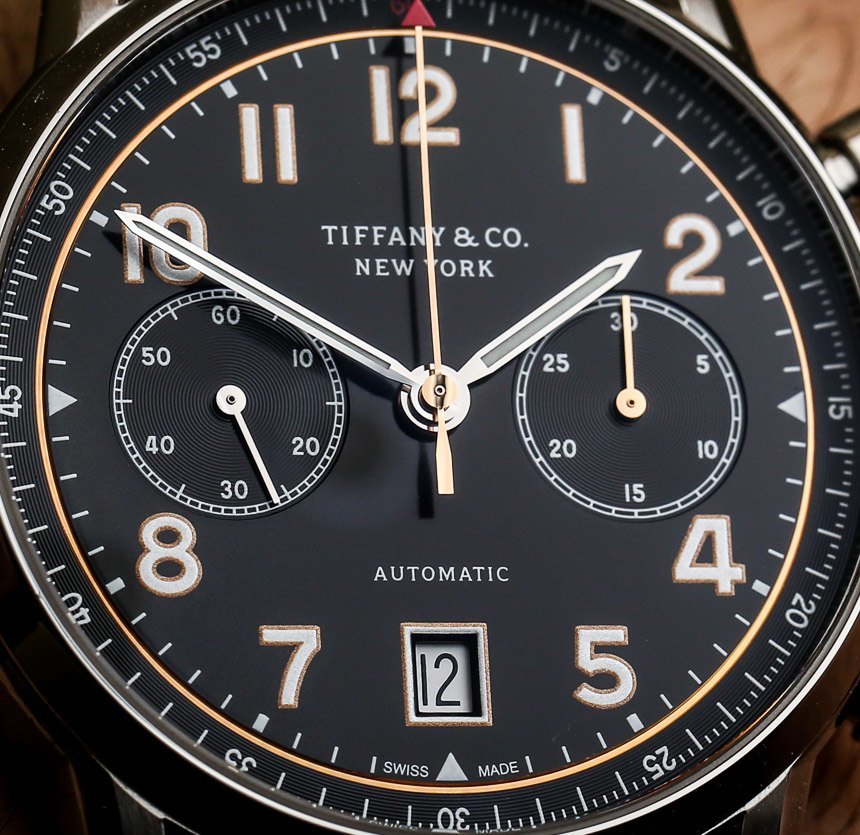 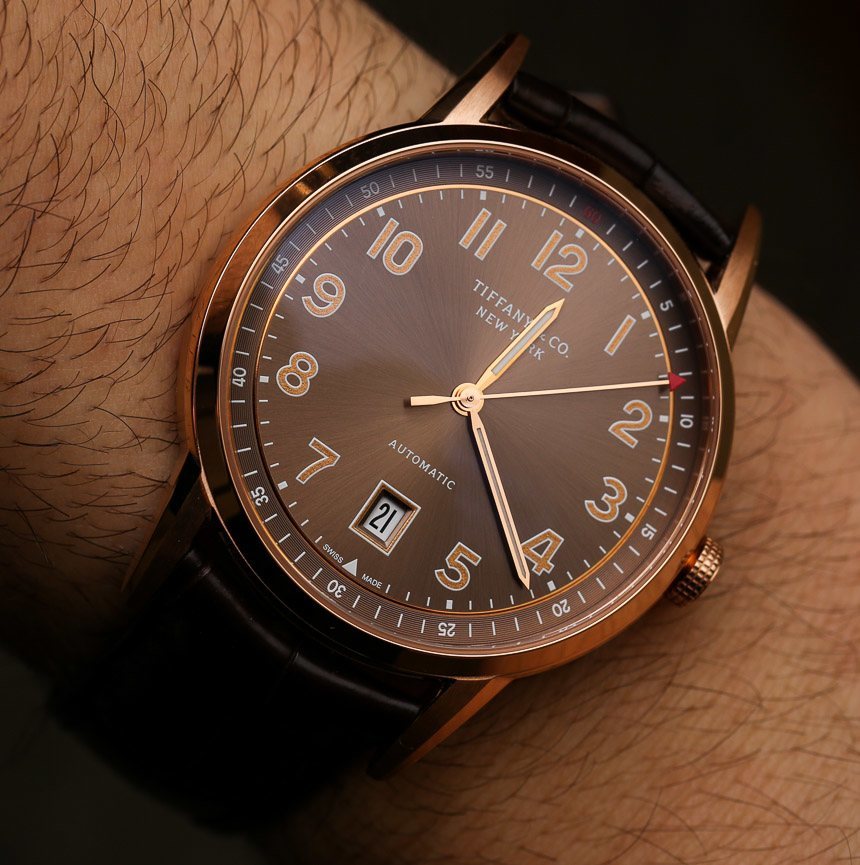 Tiffany & Co. is probably the most well-known and currently the most successful American luxury brand and retail experience. In the vein of being American and proudly founded in New York, you’ll see the “new” traditional Tiffany logo on the dial with an elegant font that now reads “Tiffany & Co. New York.” This designator of origin is a key element in how I believe Tiffany & Co. is going to position the timepiece side of the brand moving forward.  Whereas “proud to be American” was never, in my experience, a key part of the brand’s message in the past, it has become an important part of the brand’s culture given that most of its competitors are based in Europe. With that said, the watches will all be “Swiss Made.” 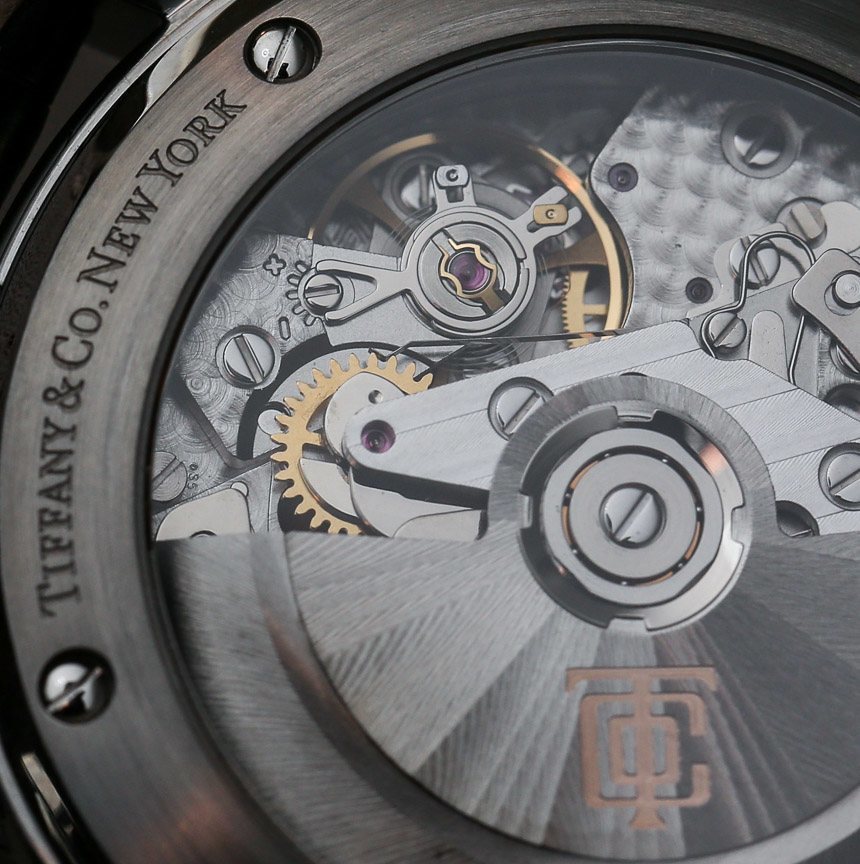 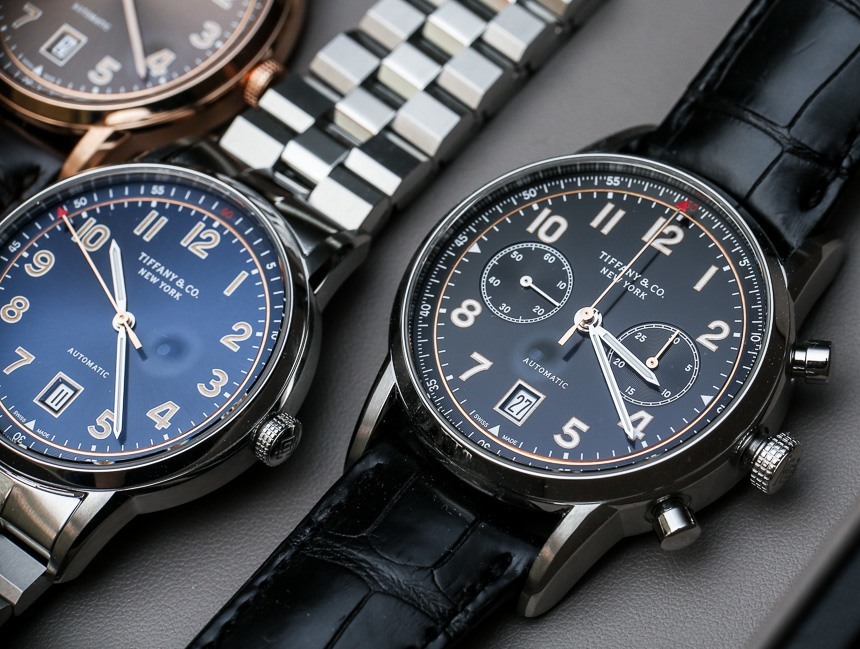 The “aged lume” color of the hour numerals and the 1940s – 1950s style of the dial are the key retro elements of the Tiffany & Co. CT60 designs. Otherwise, the cases and bracelets are pleasantly modern – albeit subtle and still conservative. I also feel that Tiffany & Co. was wise to focus on a simple aesthetic concept because it helps them “rediscover” their own watch brand DNA and begin fresh. The alternative to something like the classic looking Tiffany & Co. CT60 would have been simply to continue their legacy collections such as the popular Atlas, without being able to really think outside of the box. Starting with a collection such as the Tiffany & Co. CT60 offers Tiffany & Co. the freedom to take the brand wherever they like in the years to come.

So let’s begin with talking about the limited edition Tiffany & Co. CT60 Calendar, which will be limited to 60 pieces and will come in a 40mm wide case in 18k rose gold. The modified and decorated base Swiss Made automatic mechanical movement has a peripheral “pointer” date indicator around the dial as well as a subsidiary dial for the month. That makes this an annual calendar, which is both familiar in how it looks, but also unique, as this is an uncommon dial. I appreciate the symmetry and the classicism. It is attached to a black alligator strap and is available only with silver-style dial. 60 pieces in the scheme of Tiffany & Co.’s distribution isn’t a lot – so in a few years, this is going to be a very rare model. 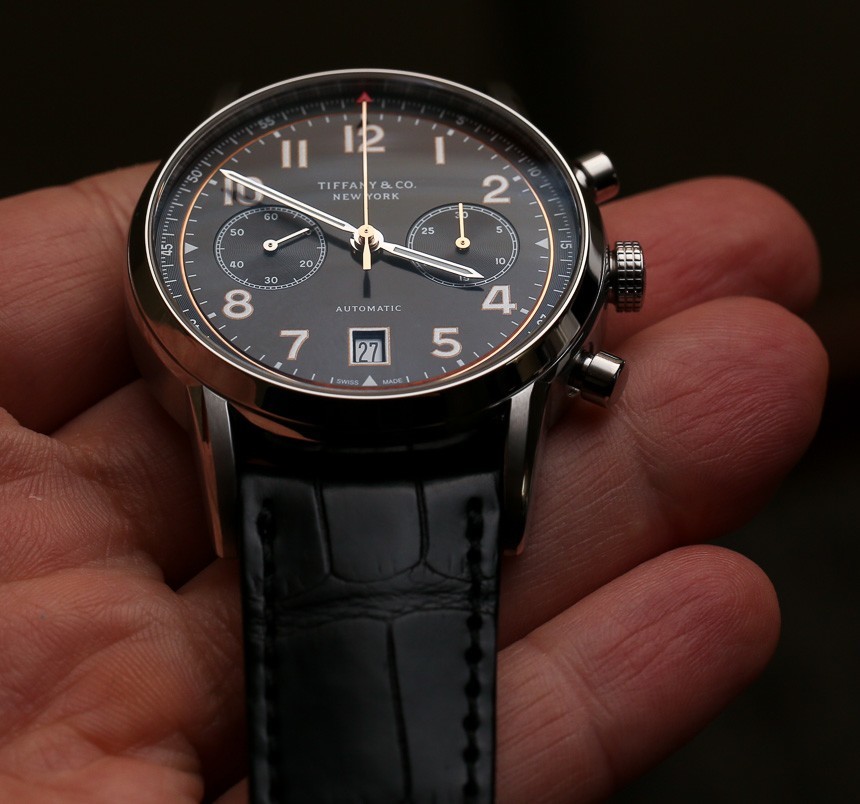 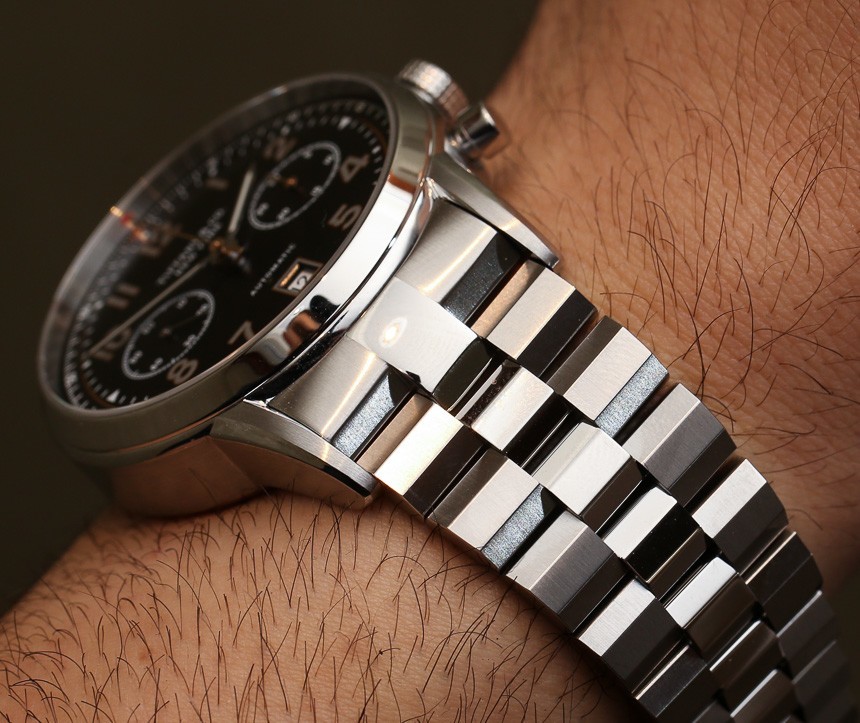