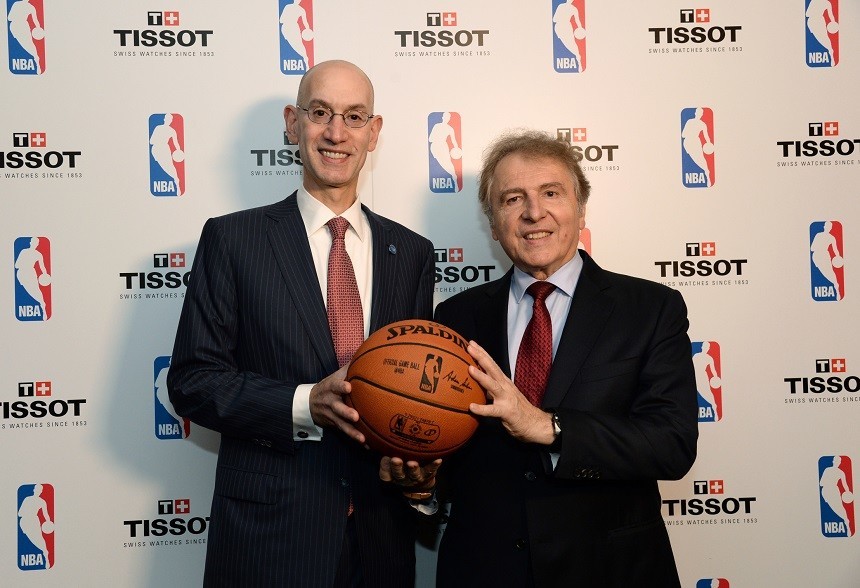 The world of watches is never short of high-powered partnerships primed for dissection. From the 2016-2017 season, Tissot will provide a precision timekeeping service for all 29 NBA arenas. To celebrate this agreement, Tissot has announced five new team partnerships. It isn’t the first time we’ve seen team-themed watches hit the market. I recently covered the Bulova Manchester United Club watch, which took an in-depth approach to linking the timepiece with the history of the world’s most famous soccer team. But this joint venture with the NBA is a little different in that the watches released are very much part of a collection, rather than stand-alone pieces focused on exploiting every possible nuance of each franchise’s fortunes. So how good are these Tissot NBA Special Edition watches and will these designs ring true with ardent hoops fans? The five teams included in the partnership with Tissot are the Chicago Bulls, the Los Angeles Lakers, the Miami Heat, the New York Knicks, and the San Antonio Spurs. 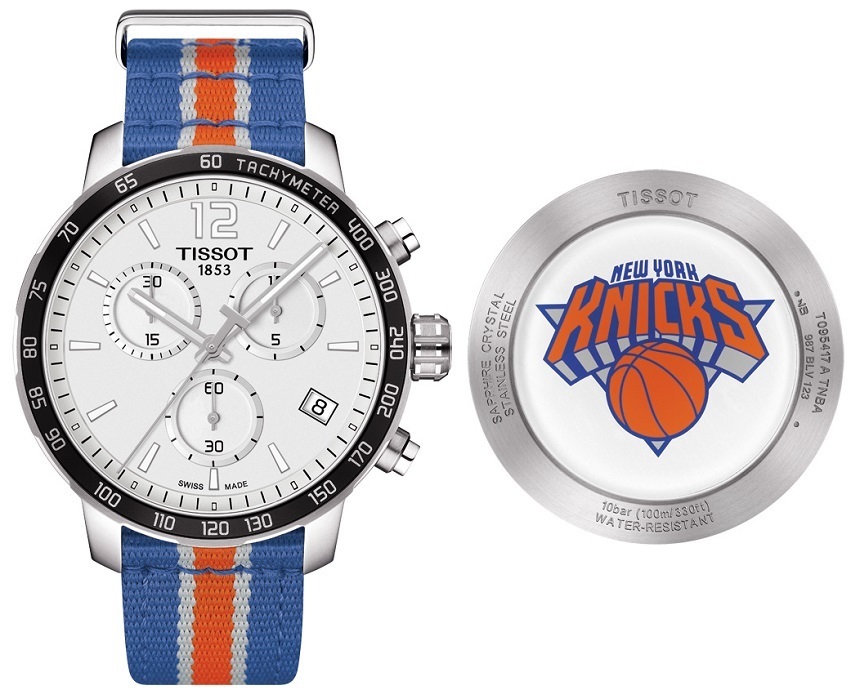 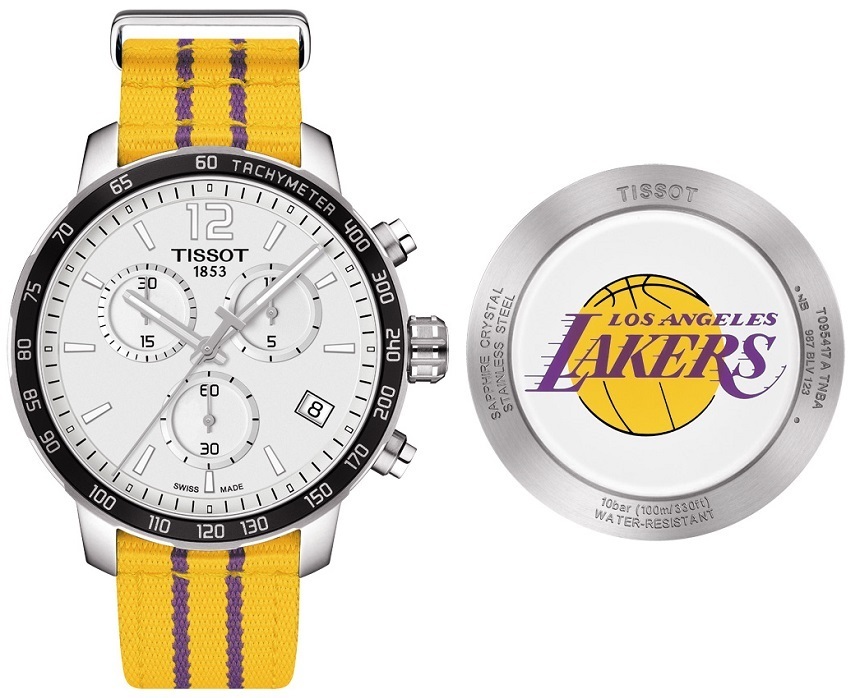 Let’s start with the watch: The base model that has been individually customized in each instance is a Tissot Quickster Chronograph. Although solid and maybe more appealing than most modern Tissot watches, the Quickster is about as blank a canvas as you can find. There is absolutely nothing to distinguish which team you’re backing from the dial, case, or watch head colour scheme – a stainless steel case with a white dial, black tachymetre ring, and black printing. That’s it. Your allegiance is relayed by the colour-coded NATO straps and a case back medallion, which is, in truth, nothing more than a decal on the the case back crystal. Tissot have been very clever here in shaving the production costs wherever possible. The straps do not look like they required a huge investment and do not even feature any team logos, just the main colours of each outfit’s uniform. In the case of the Knicks, the Lakers, and, arguably, the Heat, these colour schemes may be a little less common, but the black and white of the Spurs and the red and black of the Bulls could conceivably be purchased from any fabric NATO supplier you care to find. 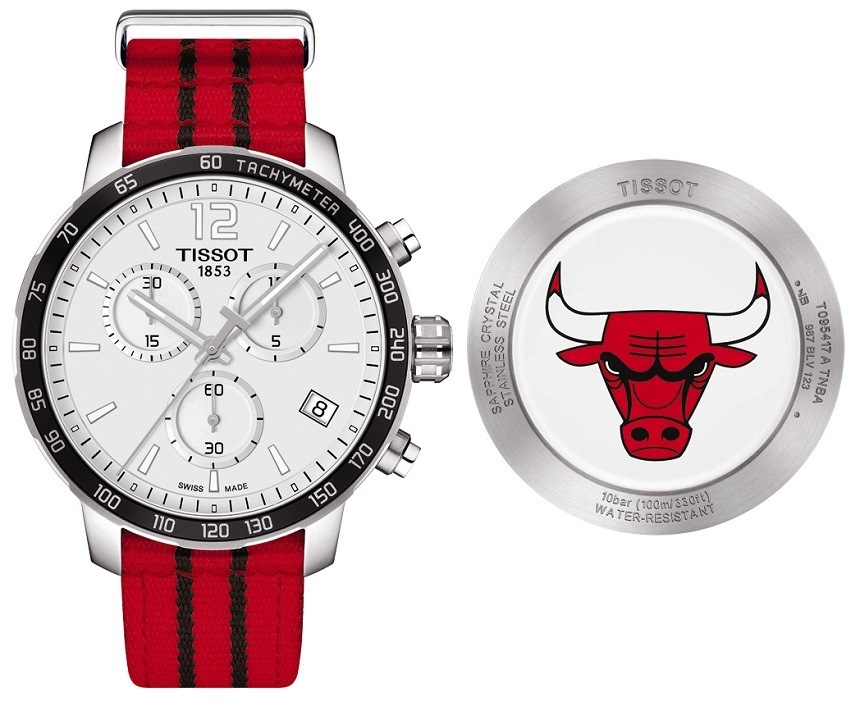 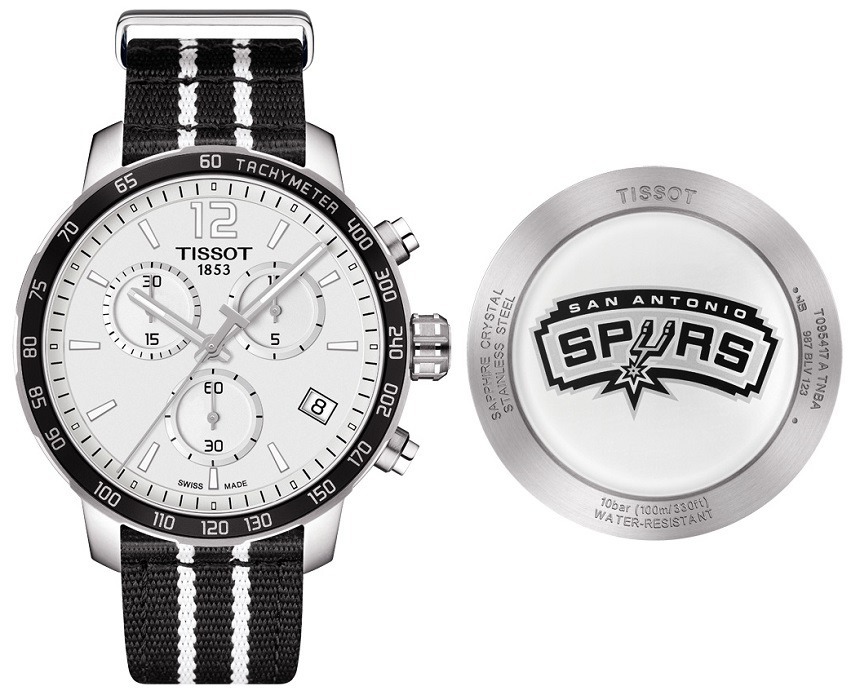 The case back, although the strongest physical link to each team, features no unique engraving that ties it to a certain franchise. They are all identical save for the internal sticker. The effect is not ugly – no uglier than one could expect from a sports logo emblazoned on a luxury watch – but it is hardly high-end. It’s such a shame these case backs weren’t pressed, moulded, or even laser engraved with a monochrome rendering of the teams’ logos. A nicely pad-printed dial detail could have bolstered these Tissot NBA Special Edition watches’ appeal in my mind, but perhaps, the versatility of these commemorative pieces is a good thing. If you ditched the NATO for a regular strap, there’d be absolutely nothing to suggest this watch had anything to do with the NBA at all. 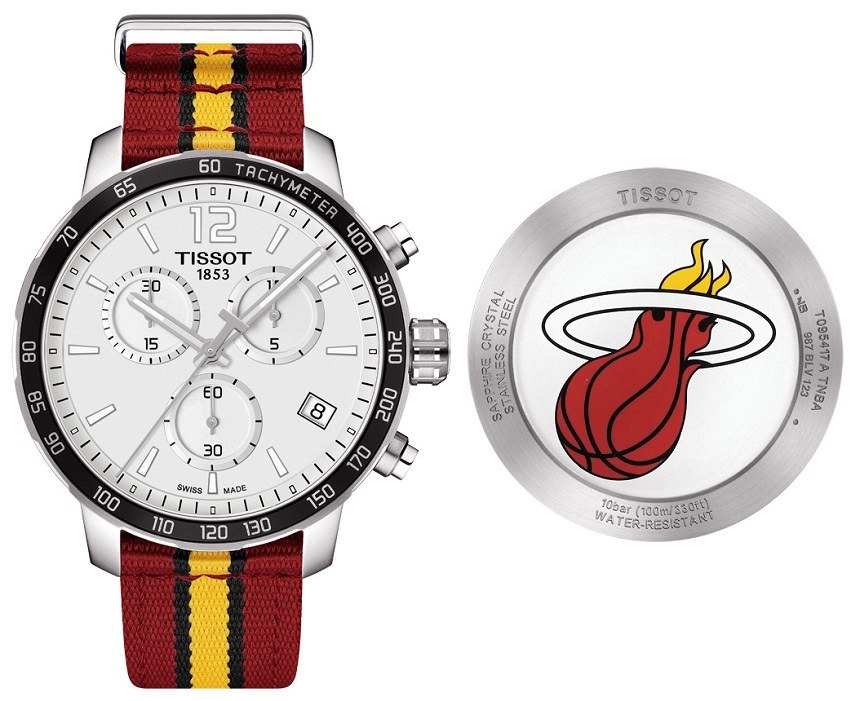 At least it’s a sports watch with a clean, legible dial, and a chronograph complication. It would have been cool if Tissot had modified the G10.211 quartz calibre that powers this thing so that the sub-dials were able to time the quarters of a game, so you could actually use it court-side if your seats didn’t afford you a clear view of the official clock (which will also be a Tissot, now that the brand have agreed to provide official time-keeping services for the league from 2016-2017). 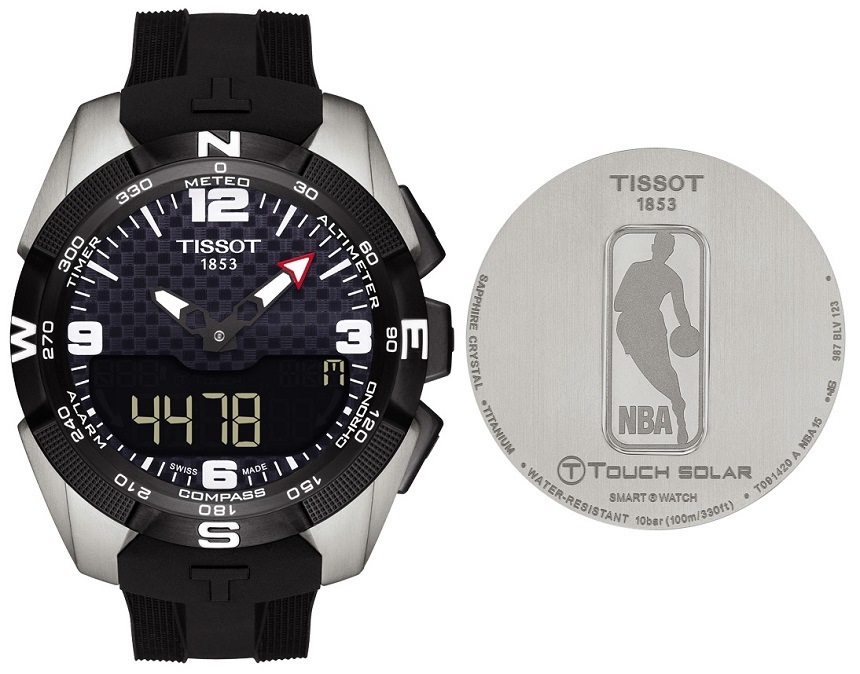 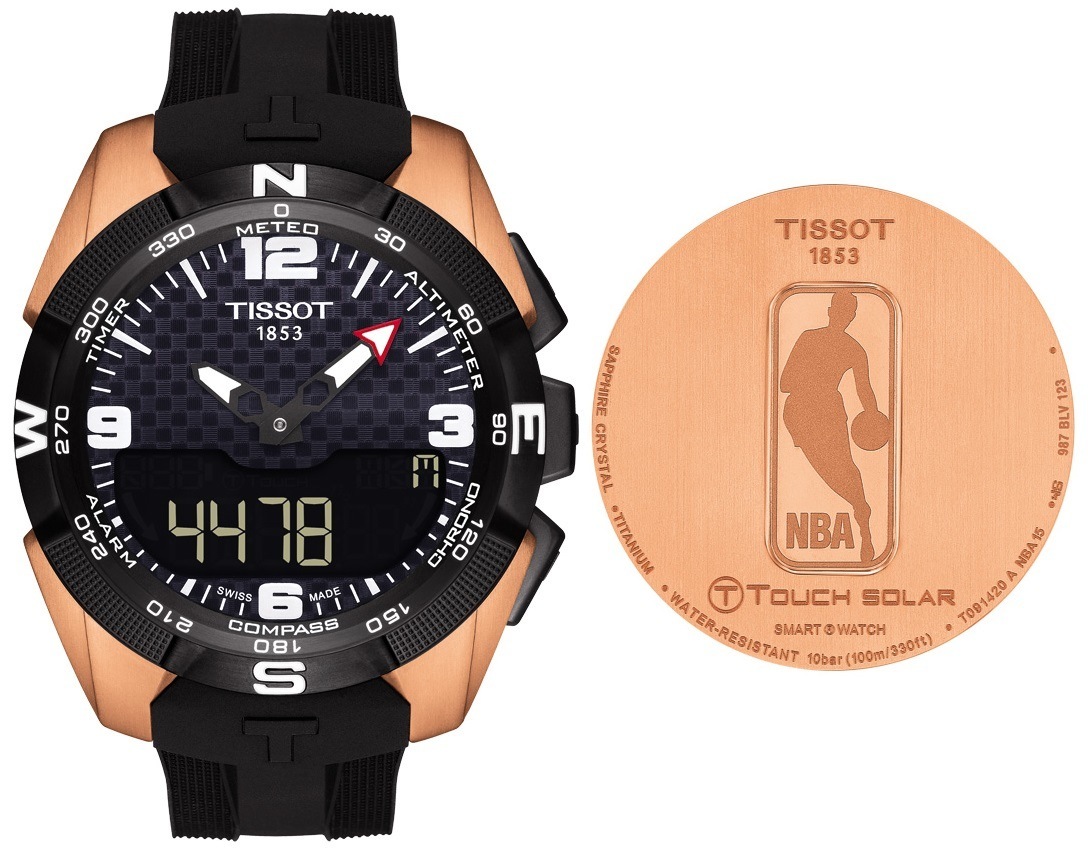 I’m a huge sports fan, and I love the NBA; it’s probably pretty obvious that I love watches as well. I’ve often wondered whether mixing the two is a good idea, and I’m still not convinced it is. Excellent watchmaking is about class, subtlety, and refined techniques in a neat little package. It’s arguable that professional sports have parallels in those regards and more, but there is something so much louder about physical competition, something too brash and brutal to marry with the ideals of luxury watchmaking. Well, you might cry, the Tissot NBA Special Edition watches don’t qualify as luxury watches because their style, materials, movements, and price, but it feels like they want to be regarded as such. These Tissot NBA Special Edition watches are wearable, secret homages to your favourite team (assuming it’s one of the five listed). At 42mm wide and 10.72mm tall, they are very wearable by modern standards, and water resistant to 100 metres, which adds a nice bit of security to your daily wear. The NATO strap is one of the most secure styles available and the sapphire crystal will help prevent small knocks from leaving devastating marks.