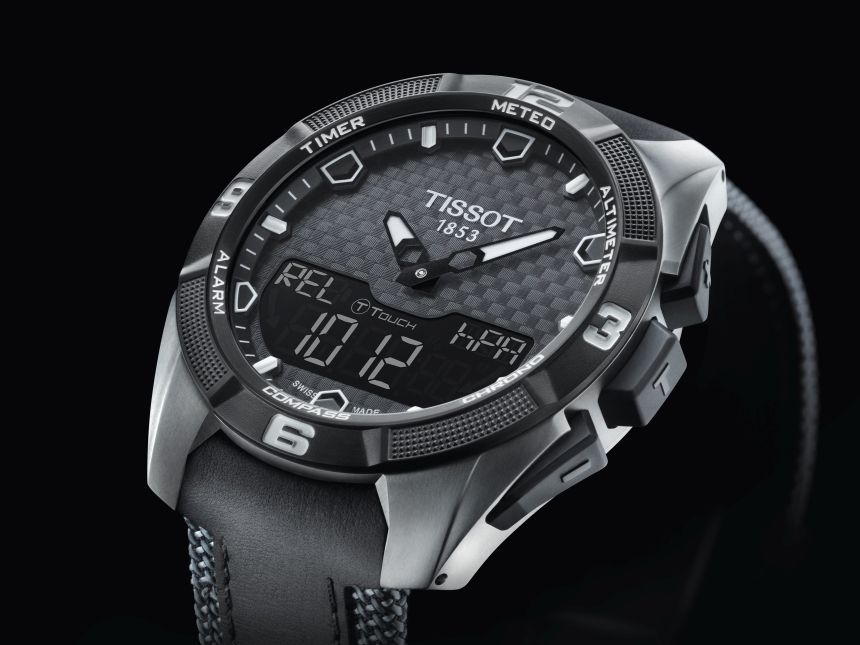 We knew it was coming because we saw a prototype, but for 2014 Tissot will finally release the light-powered version of their T-Touch. Earlier in 2013, we brought you a preview of the new T-Touch Expert Solar from Tissot. They’ve just released the watch now at BaselWorld 2014, and it definitely looks like it’s the “watch to beat” when it comes to an outdoor watch from a Swiss brand. Many people have come to love Tissot’s over a decade-old T-Touch collection for its style, functionality, and character. The Japanese may have them beat in terms of functionality for a while, but Tissot finally catches up with a cool new collection.

The T-Touch line is known for the way you interact with the piece, via touches to the sapphire crystal. The T-Touch Expert has long offered the full complement of ABC (altimeter/barometer/compass) instrumentation we’ve come to expect from tech-oriented outdoors watches. The one big edge the competition has had on the Tissot (until now) was the ability to recharge the battery from available light. 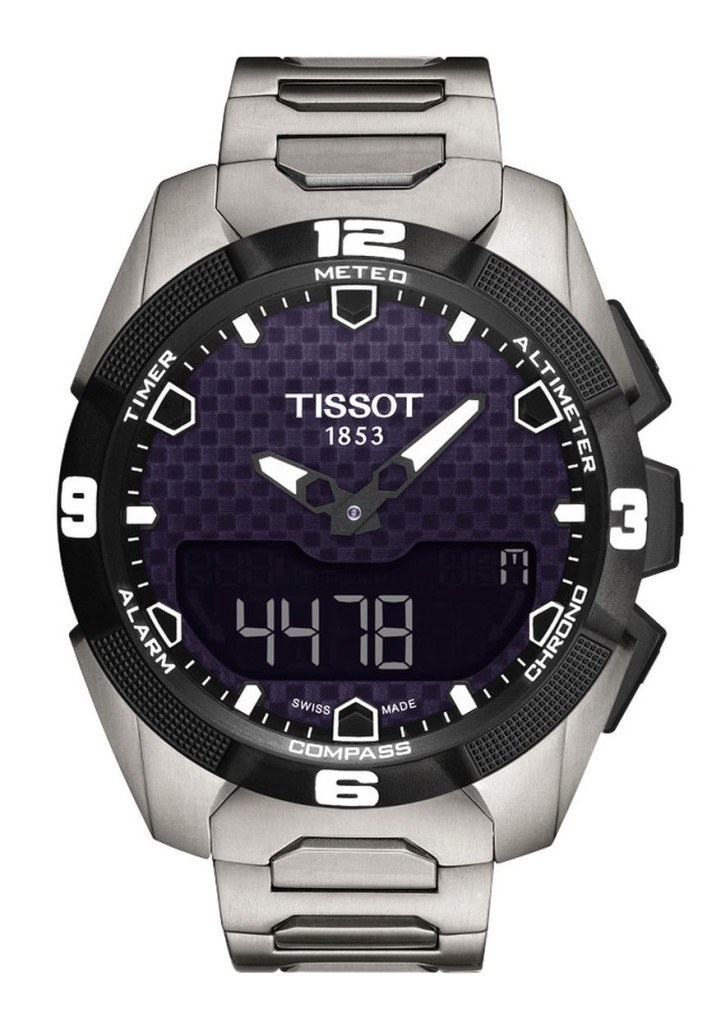 For my money, if you’re getting a gadget-laden quartz watch, having it be solar-powered is the way to go – things keep on running, and you don’t have to worry about changing out a battery (or hooking into an outlet) with any frequency – the watch just plain works. Since solar charging can be a bit of a mystery until the hands stop moving, Tissot thoughtfully put a charge indicator on the watch as well.

From the prototype version we showed you in 2013, there haven’t been a lot of changes. The overall styling remains intact, and dial layout is the same as well. We see a few more dial options coming into the mix, though (the carbon fiber one is particularly nice looking), and the hands (which are pretty short) have had a (to me) unfortunate change. 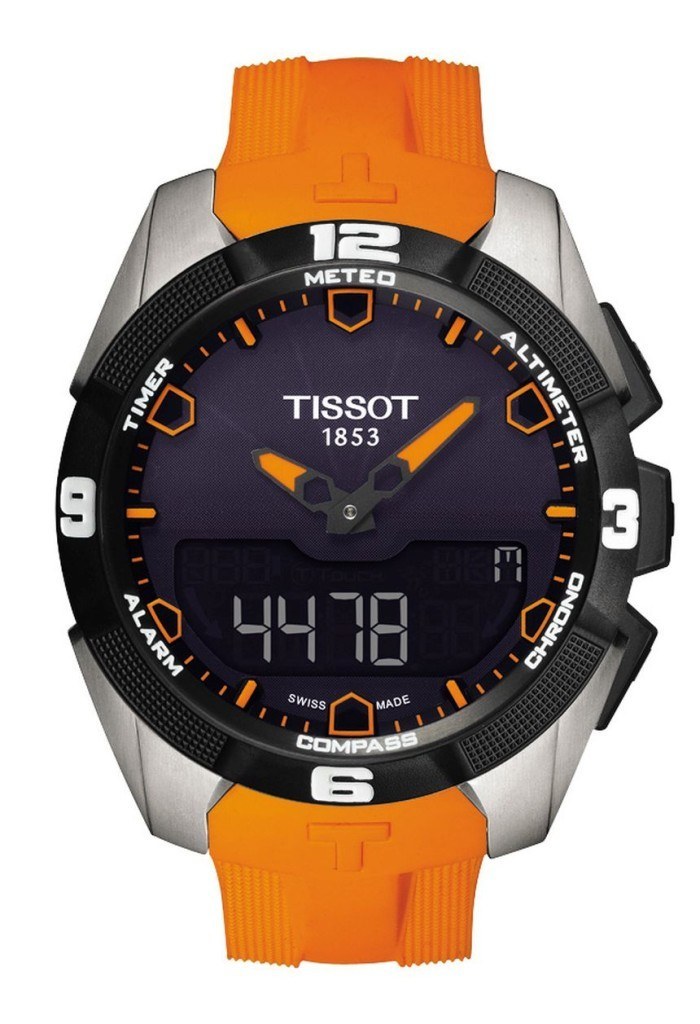 In the prototype, the handset was skeletonized and just about appropriately sized to the scale of the 45mm titanium case. In the production variant, though, the hands have gotten smaller, and the open ends have been filled in. Now, the fill, that I can understand a bit, if they were more concerned about getting good nigh time lume. Shrinking the hands, though, that I can’t explain, and to me, they just now feel way undersized. That said, the hands are about all I can find wrong with the piece (at least from afar).

Along with the men’s model that we’ve featured here in the article. Tissot introduced a companion ladies model. Styling is reminiscent of the mens model, though the hard angles have been softened for a more rounded look to the piece, and it’s here in this model that you’ll find mother-of-pearl entering in as a dial choice. Oh, and the handset is appropriately sized to the case here. Past that, specs are similar, with titanium making up the case, and (I assume) the same solar-powered movement at the heart of the watch. 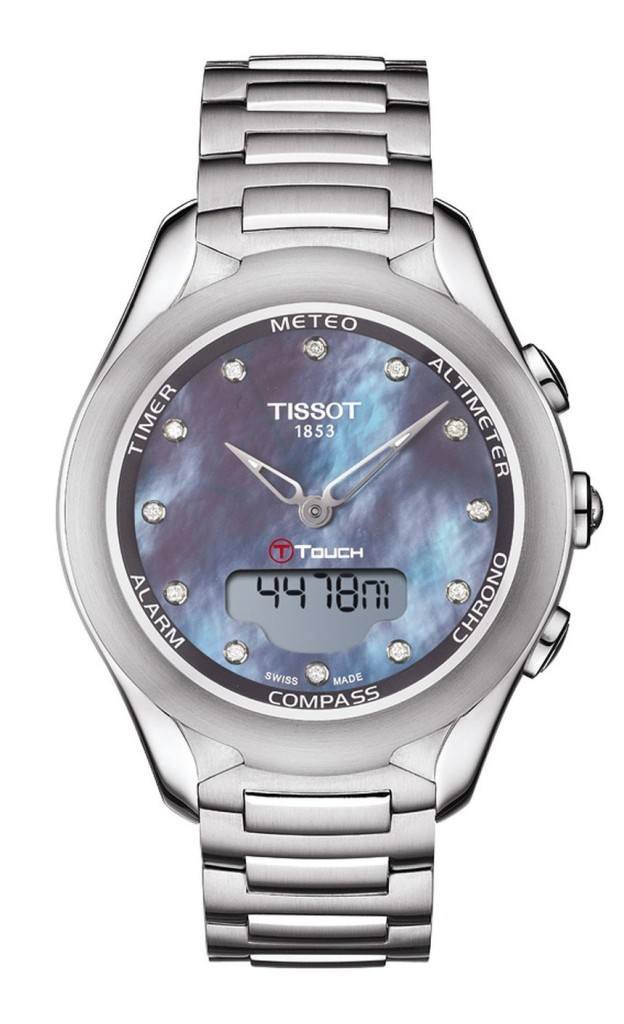 Whichever model you’d select, I truly dig the idea of all the instrumentation packed up into a lightweight (courtesy of the titanium case) and robust (again, titanium plus sapphire) package. With the solar charging, this is a watch that’s ready for any outdoors adventure you throw at it – just in time for the (hopefully) arriving warm weather.  Pricing ranges from $1,150-1,250 for the men’s model, and from $995 – $1,450 for the women’s model. tissot.ch