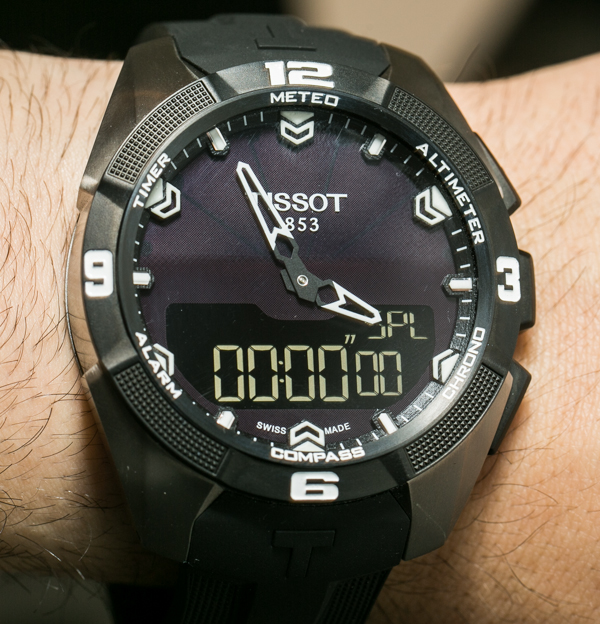 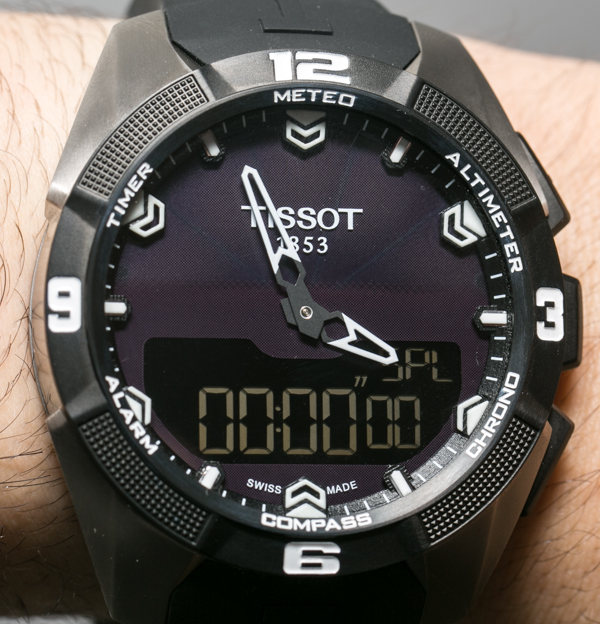 The next Tissot T-Touch watch will be the T-Touch people have been wanting for years. Since its introduction over a decade ago, the T-Touch has been the good looking Swiss gadget watch of choice for many people drawn to its handsome design and multifunction touchscreen display with features such as a compass, chronograph, altimeter, calendar, and more. For the first time in about five years, Tissot has announced a major evolutionary step in the collection with the upcoming release of the T-Touch Expert Solar.

One of the chief features people have been asking for in a T-Touch watch is solar power generation for the Swiss quartz multi-function movement. Casio’s ProTrek collection is a lower-end competitor of the T-Touch. It has featured solar (all light really) power regeneration for the battery for a very long time. This allows you to be free from battery changes, which totally upgrades the range of situations that a T-Touch Export Solar is appropriate for. 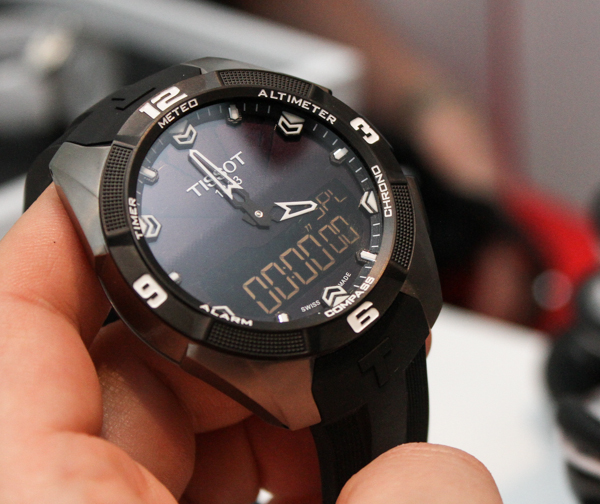 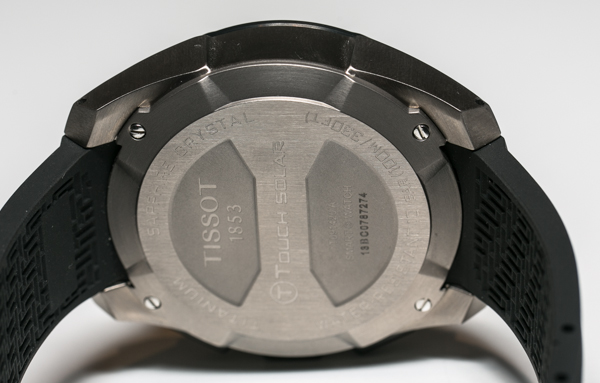 Like Citizen Eco-Drive watches, light passes through the dial of the T-Touch Expert Solar. What you are seeing is an early prototype model, so the dial will be enhanced greatly. Tissot will be able to create a lot of dial variety that still allows for light to pass through it. Tissot T-Touch watches are really all about touching the dial. The sapphire crystal acts as a touch screen to use each of the functions. I reviewed the original T-Touch Expert model here a few years ago for you to get a good idea of how the system works.

Pressing the middle pusher activates the touch screen. Pressing the labeled areas activates those features, which touching the center activates other settings and allows for adjustment of the watch. If you have familiarity with the T-Touch family then you will immediately be impressed by the speed of the hands, as well as the precision of the touch operations. Note that this piece is an early prototype, and some of the feature touching zones were not properly mapped so that pressing them activated adjacent functions. You get the idea however and can see how quick the hands are. It is a major improvement and it is good to know that Tissot has been working hard to improve upon one of their top selling pieces over the last few years. 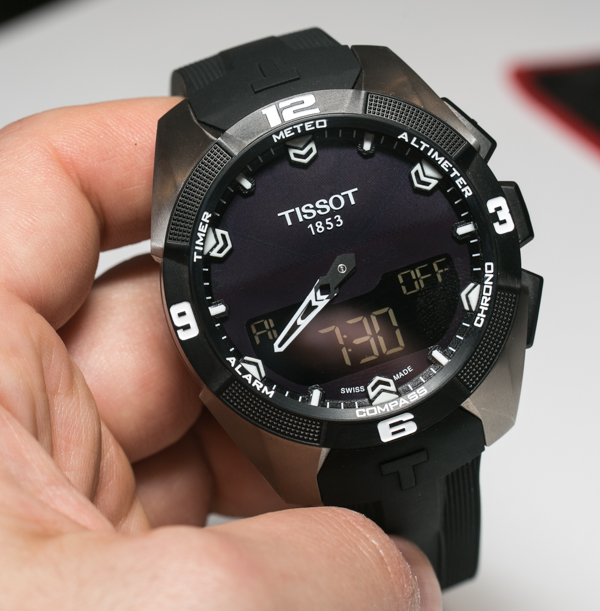 An interesting detail on the watch is the “Smart Watch” label engraved on the caseback (which again is in prototype form). No, this isn’t technically a smart watch by the generally agreed upon current definition (as one that features connectivity to other devices and/or the internet), but with a ‘circled R’ registered trademark symbol included in the mark on the case, it is interesting to think about what the Swatch Group has in store for its future in the smartwatch business.

You’ll no doubt notice that the new LCD screen portion of the dial is much larger, as well as flush with the dial (compared to being a bit lower on older models). The negative LCD display has brighter indicators as well. The flat design looks very nice and helps bring the display more into the main part of the face. Functionally Tissot has mentioned that pretty much everything in the original T-Touch is here, along with some of the features that later models had, such as the regatta yacht racing feature as well as a lap counter for the chronograph. We will be able to list the final features when the T-Touch Expert Solar has its final release in the near future. 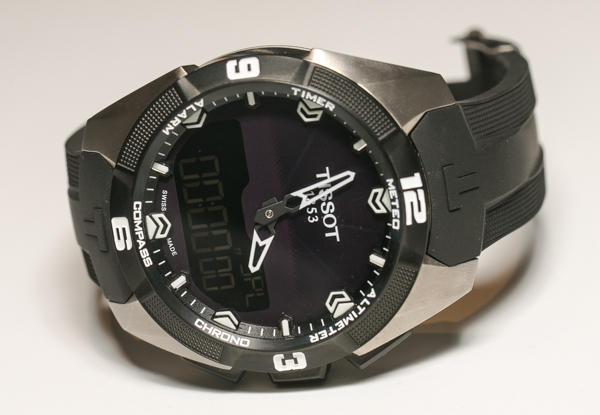 Size for the T-Touch Expert Solar is larger than other models at 45mm wide, but with what feels like a thinner case. The case itself is surprisingly light being in titanium and it is water resistant to 100 meters. Though it feels light even for a titanium watch. Titanium will be the material for most, if not all of the T-Touch Expert Solar models. Tissot has further promised a range of dials as well as a titanium bracelet. We agree that as it is now, the dial isn’t done, but it is a true proof of concept in action.

As little as the consumer feels sometimes, watch brands are listening to what people are saying and asking – the T-Touch Expert Solar is one of those examples. We will continue to cover the Tissot T-Touch Expert Solar watch as we get more information. Until then, we hope that you’ll look forward to the release of the ultimate T-Touch watch to-date. Price will likely be within $1,000 – $1,500. shoptissot.com