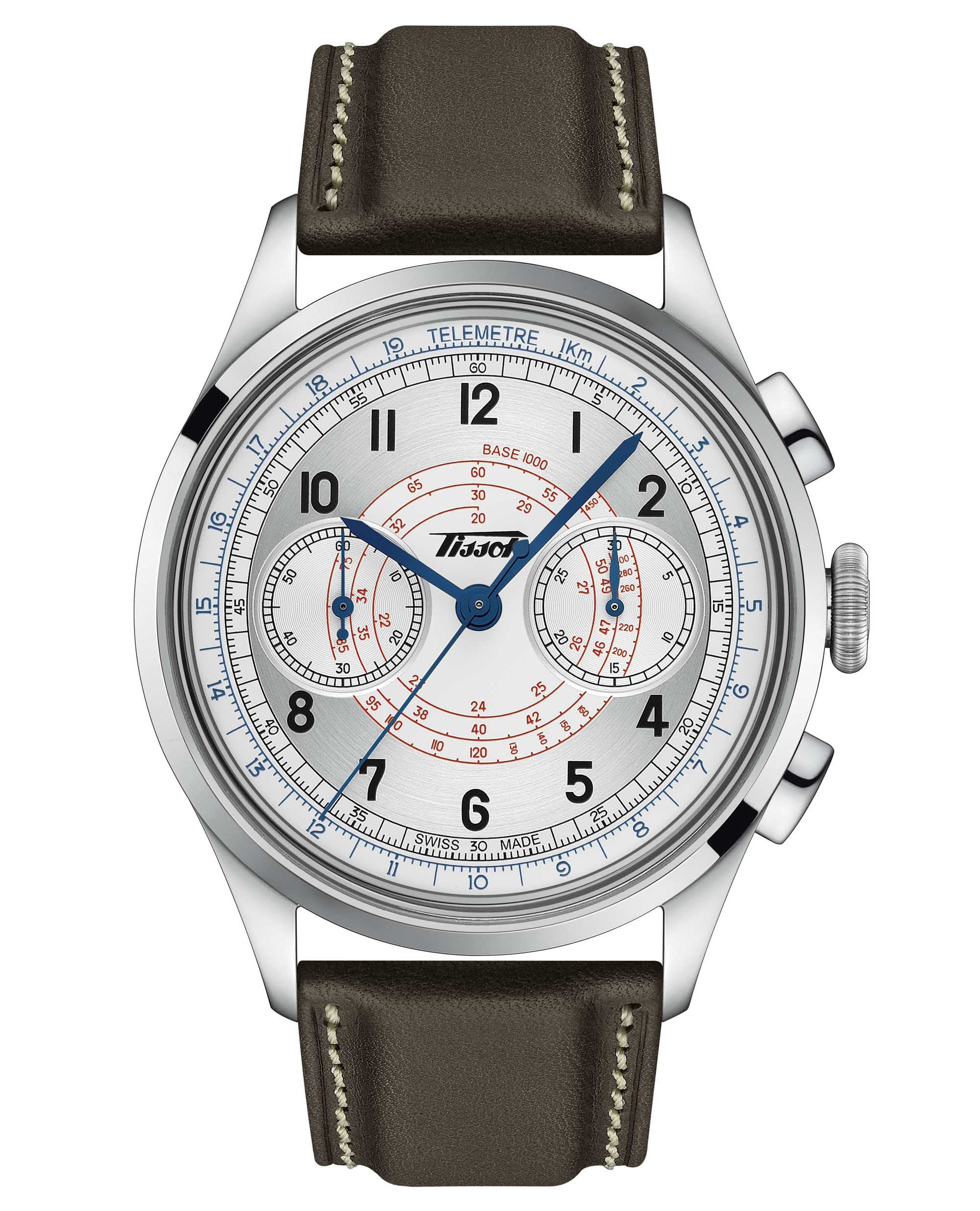 When it comes to affordable Swiss-Made watches from big household-name manufacturers, Tissot consistently represents one of the most compelling offerings within the industry. As a longtime member of the Swatch Group, Tissot not only benefits from the remarkable manufacturing capabilities of its parent company, but it also has direct access to ETA movements and the ability to have them customized to suit its various needs. The recent results of Tissot’s powerful production prowess have yielded models such as the highly-successful PRX series, which in its three-handed automatic form, offers a Swatch Group-exclusive version of the ETA 2824-2 that features an 80-hour power reserve, along with an excellent integrated bracelet and retro 1970s styling — all for roughly half the price of what Seiko charges for its 6R15-equipped Prospex divers. 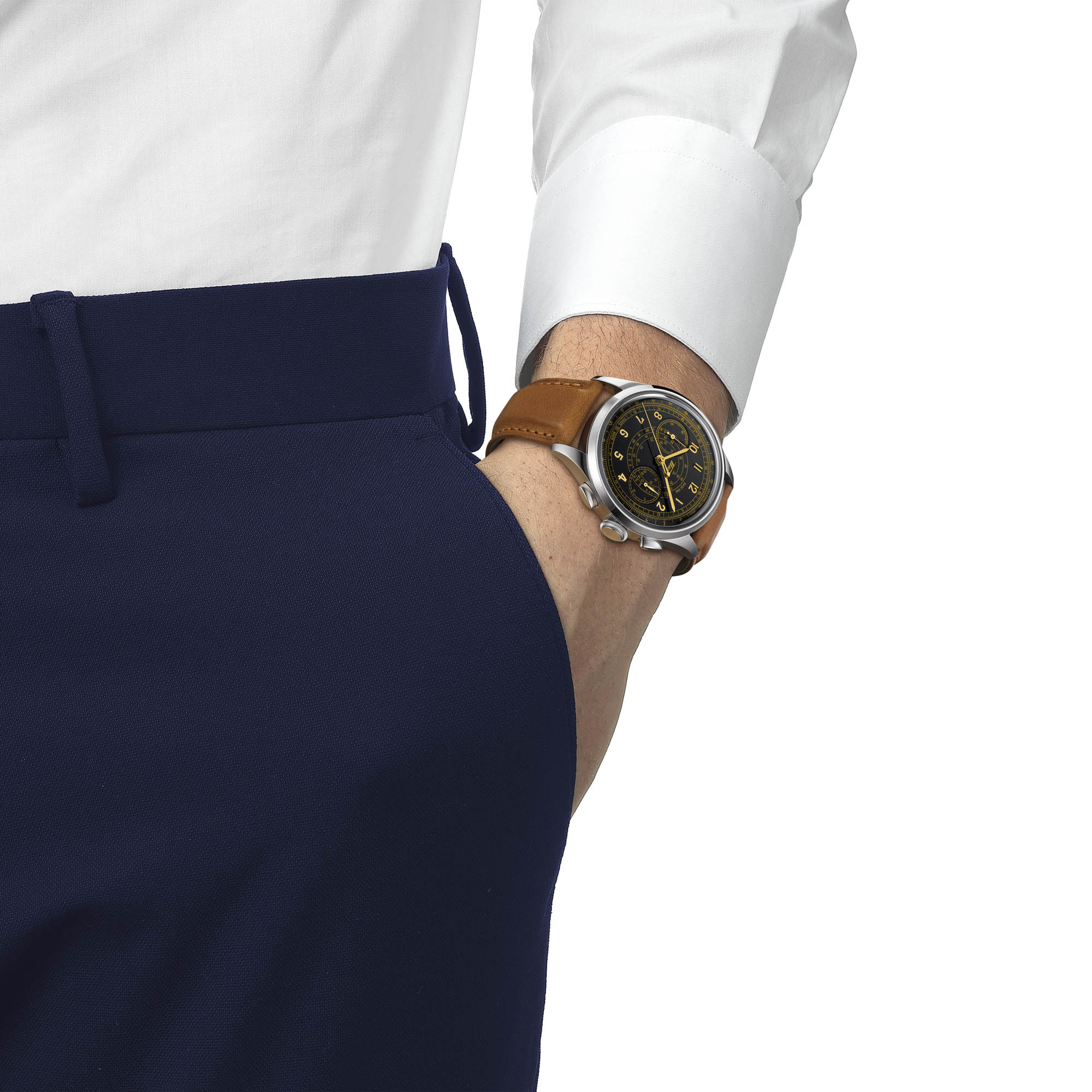 Tissot’s latest release once again looks to its archives for inspiration, but this time it reaches back even further to the vintage chronograph watches from the 1930s, and the very earliest days of the brand’s involvement with sports timekeeping. The new Tissot Telemeter 1938 is based on a vintage chronograph watch that was used by Vital Thiébaud to time a ski race that took place 84 years ago, and which marks the official start of Tissot’s history as a timekeeper in the world of sports. 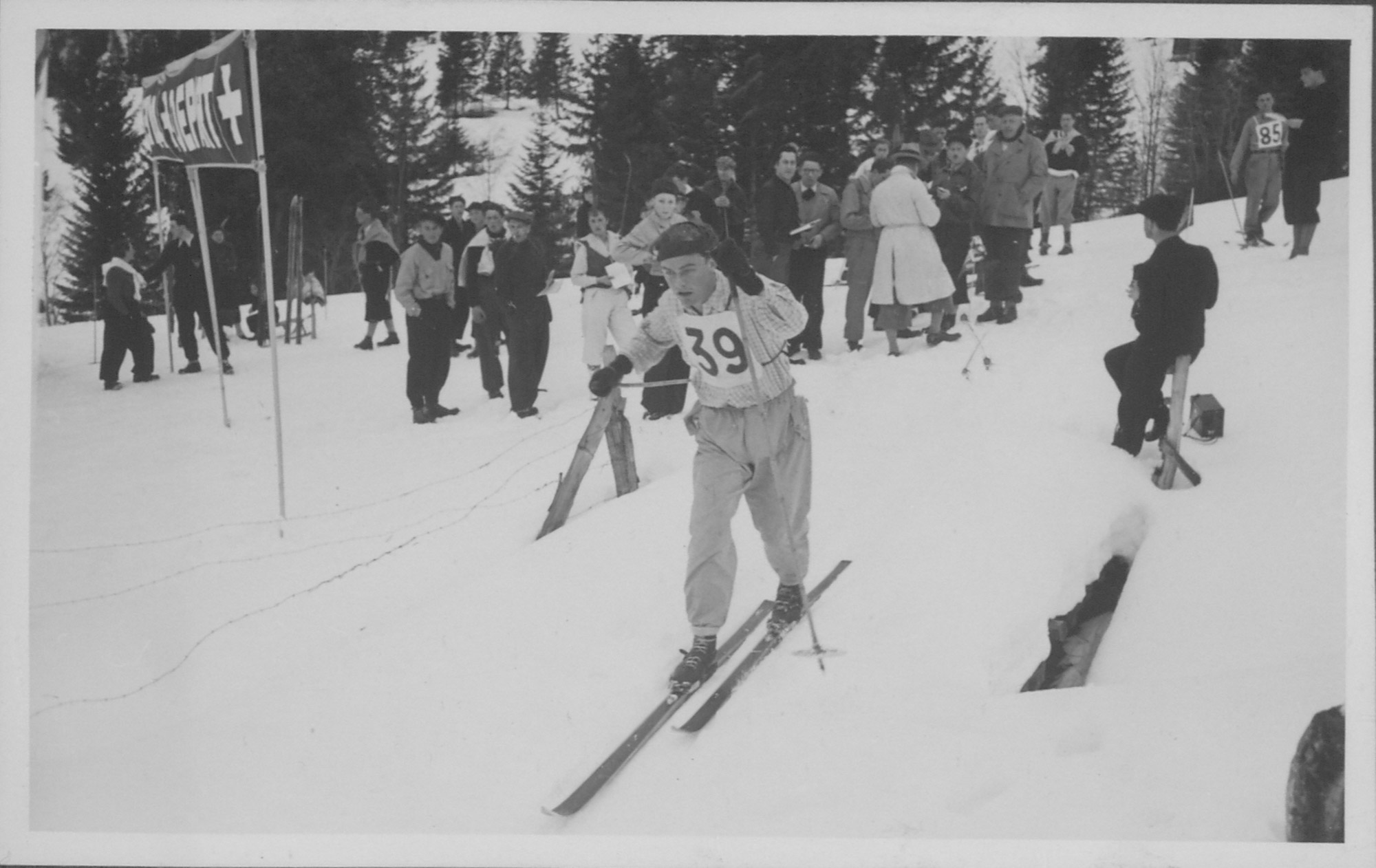 While the design of the new Tissot Telemeter 1938 is heavily vintage-inspired in its overall aesthetic, it has been modernized in certain areas to better suit contemporary consumer preferences. Arguably nowhere is this more apparent than in regards to the case of the watch, which now measures 42mm in diameter and is crafted from stainless steel with contrasting brushed and polished surfaces.

Sitting on top of the case is a box-shaped sapphire crystal with anti-reflective treatment, while an exhibition-style caseback offers a few of the watch’s self-winding chronograph movement. Flanking the signed and fluted winding crown is a pair of oval-shaped pushers that offer access to the chronograph function and recall the design of the ones that can be found on the vintage Tissot chronograph watches produced during the late 1930s.

The Tissot Telemeter 1938 is available with the option of either a black dial with gold-colored printing or a two-tone silver and white dial that has its various dial text printed in a mix of red, blue, and black. Regardless of color, both dials follow an identical overall layout, featuring a two-register configuration, with the running seconds for the time at 9 o’clock and a 30-minute counter for the chronograph opposite it at the 3 o’clock location. At the center of the dial is a tachymeter scale for measuring either speed or distance, while surrounding it are large Arabic numeral hour markers with a railroad-style minute track circling their perimeter. Lastly, printed along the periphery of the dial is a telemeter scale, which is used to measure the distance between an event that you first see and then hear, such as a lightning strike or fireworks. 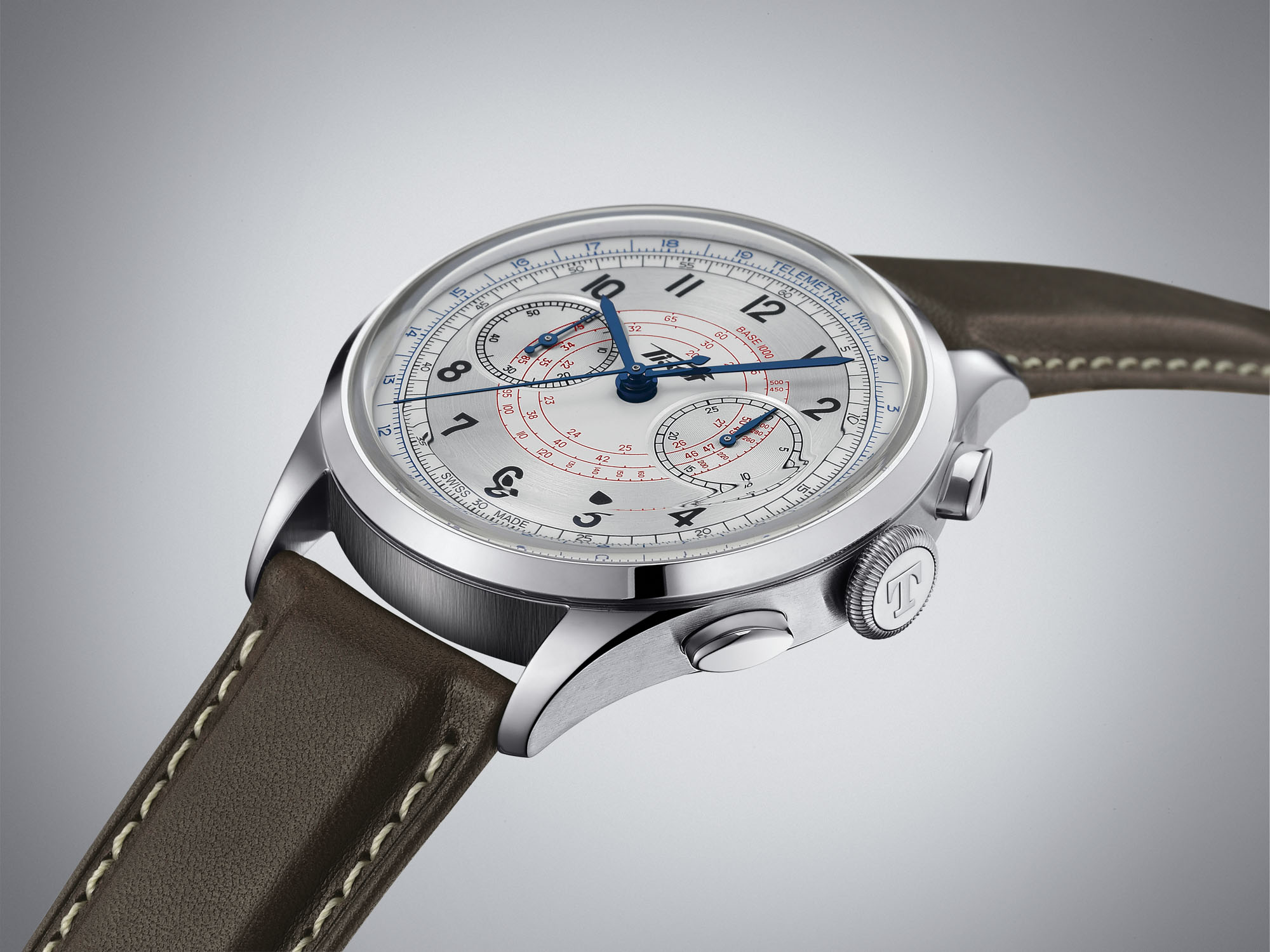 The two-tone silver and white dial receives blued hands, while the black dial variant has gold-finished hands to match its dial printing. The overall aesthetic of the new Tissot Telemeter 1938 watches is very similar to the vintage “scientific” chronographs that were prevalent during the 1930s and 1940s, and the dials even feature vintage-style Tissot logos printed directly above their centrally-mounted hands. 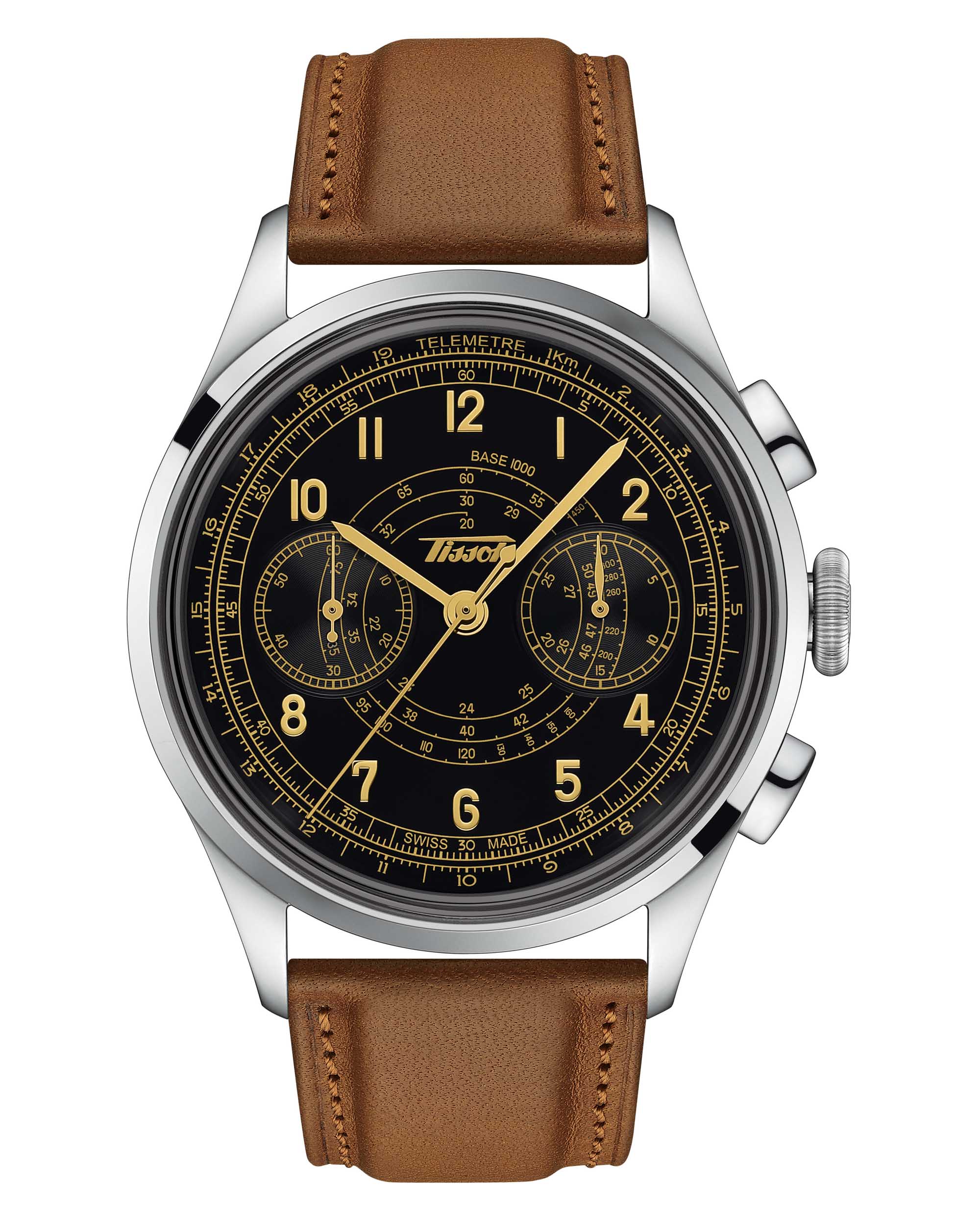 Powering the new Tissot Telemeter 1938 is the Caliber A05.231 automatic movement, which is essentially a modified and upgraded version of the tried and true Valjoux 7750. In addition to featuring a two-register chronograph layout (rather than three), the Tissot Cal. A05.231 also includes a Nivachron balance spring for improved magnetic resistance, along with a skeletonized Tissot Heritage rotor and an increased power reserve of approximately 68 hours. 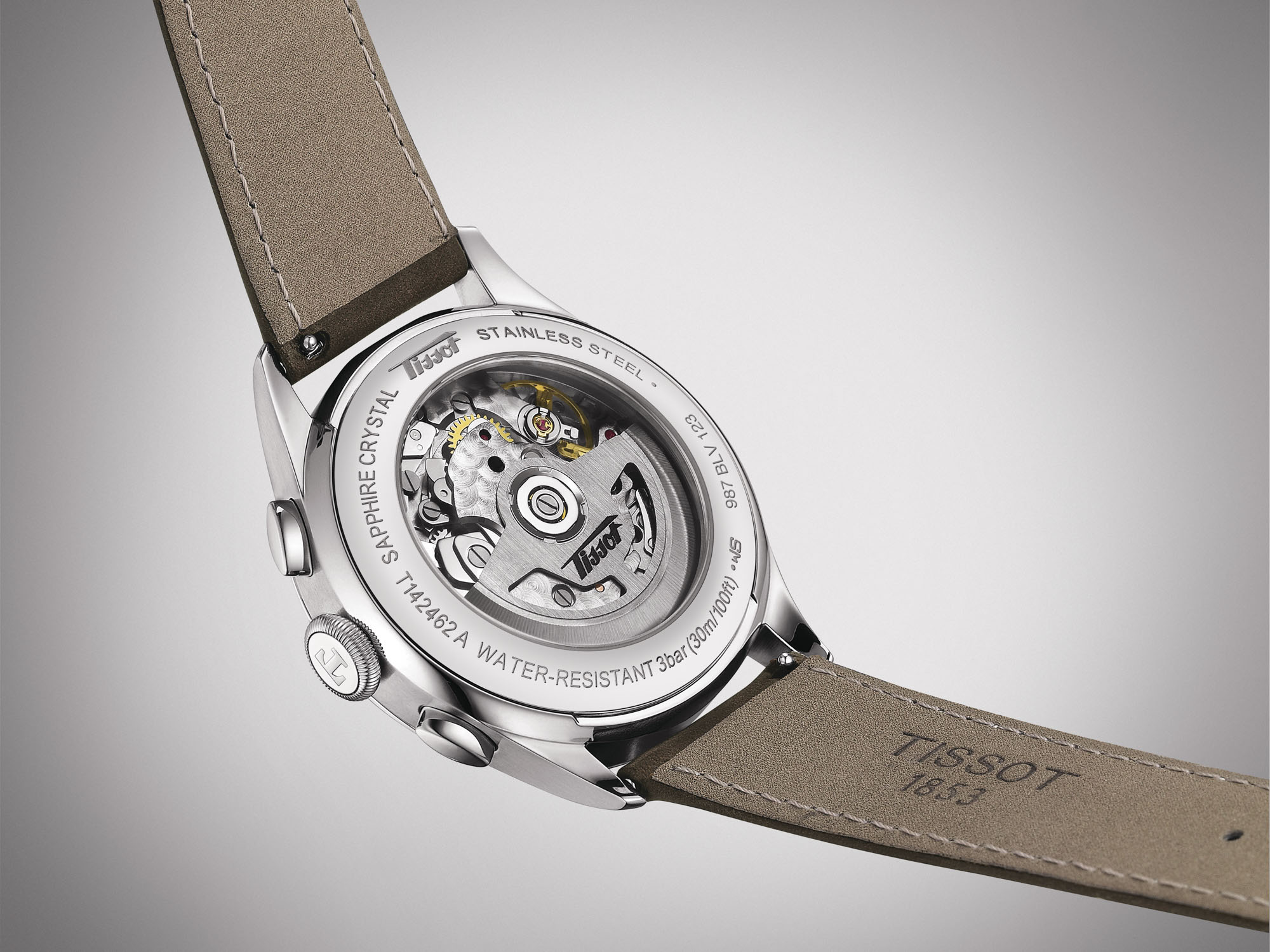 The Valjoux 7750 is the single most frequently used Swiss-Made automatic chronograph movement in the industry, and the Tissot Cal. A05.231 simply takes a good thing and makes it better without sacrificing ease of serviceability or significantly adding to the overall cost of the watch. Fitted between the lugs of the Tissot Telemeter 1938 is a brown Italian leather strap that is said to be treated in a manner that will allow it to pick up a gentle patina with age. 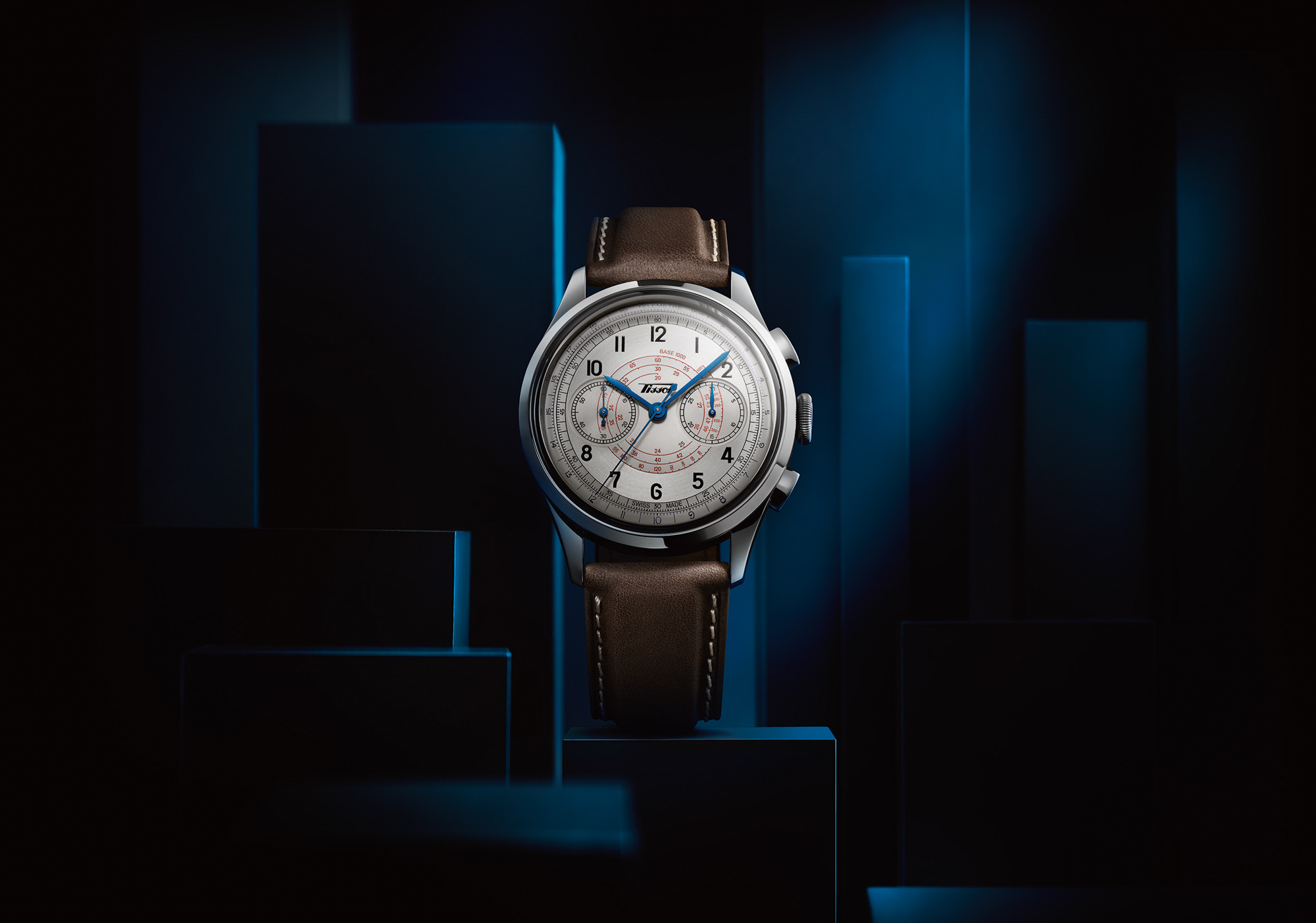 Due to the complexity of their movements, there exists somewhat of a price floor when it comes to Swiss-Made mechanical chronographs. With that in mind, Tissot’s recent entries into the category represent highly attractive options for buyers who are in the market for an automatic chronograph from a big-name Swiss brand, and they offer movements and features that are typically reserved for watches that cost significantly more than their sub-$2k price point. With an official retail price of $1,950 USD for your choice of either of the two dial variants, the new Tissot Telemeter 1938 offers a highly compelling option for those who want a value-packed mechanical chronograph with a decidedly vintage overall aesthetic. For more information, please visit the manufacturer’s website.