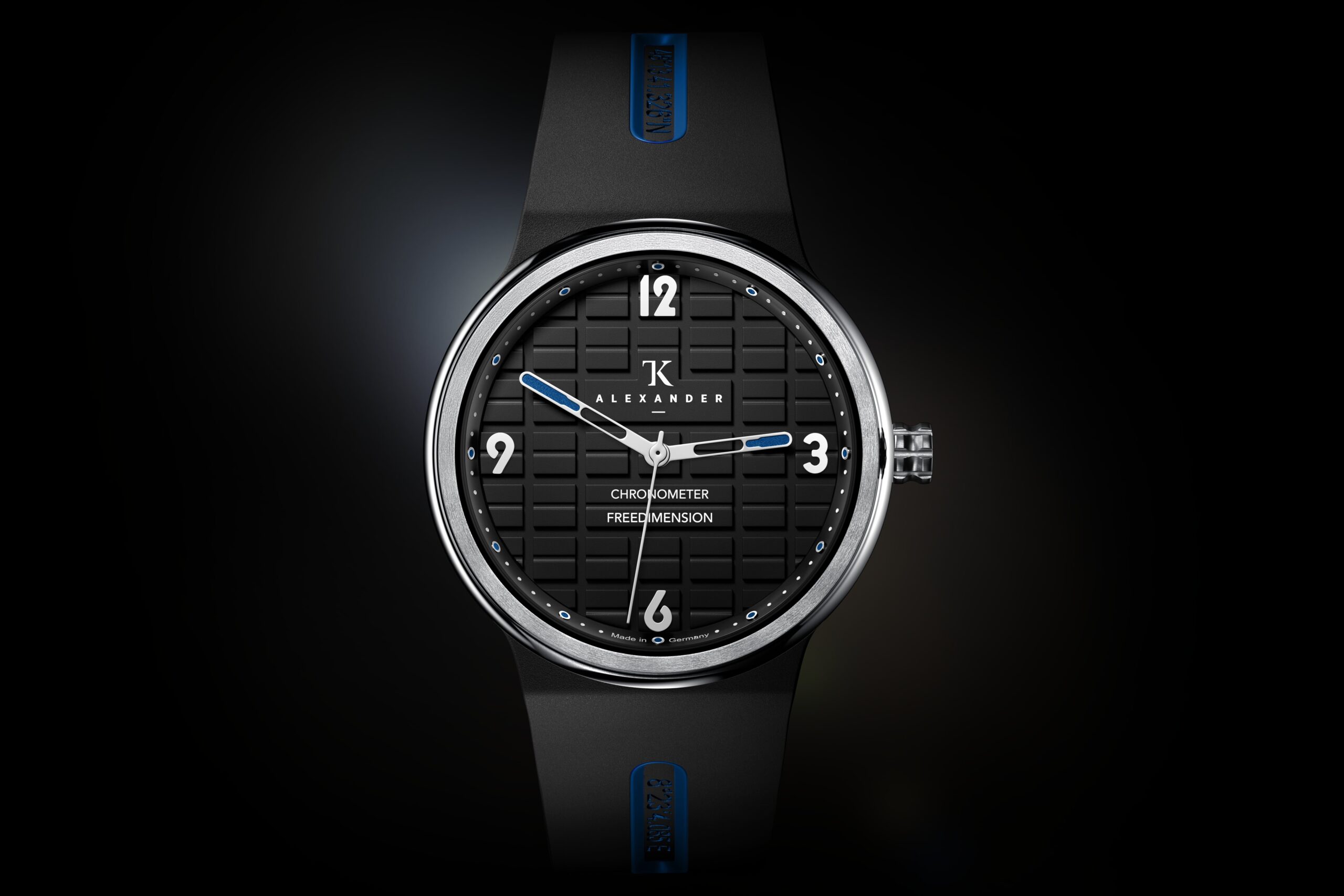 TK Alexander’s ‘FREEDIMENSION’ Opens Up A World Of Possibility

7 Comments
by SponsoredPost
Sponsored post presented on aBlogtoWatch by advertiser

Despite being newcomers to the wristwatch scene, microbrand TK Alexander’s flagship release is one that comes out swinging. Proudly hailing from the “clock city” of Schramberg, Germany, TK Alexander has set out to show the watch world that it is still possible to create timekeeping designs that refuse to be forced into a box, metaphorically speaking. There are a handful of universally accepted watch categories that enthusiasts flock to. From rugged field watches to dapper dress models, complicated chronographs to deep divers, there is an intentional avoidance of conformity present in TK’s initial release that could be laying the groundwork for exactly what sort of atypical accouterments the future may hold. The aptly named FREEDIMENSION is a watch that exists comfortably in a realm outside the norm, or perhaps within multiple realms simultaneously. Regardless, TK Alexander’s FREEDIMENSION represents exactly what is possible when the line between sport and dress is boldly blurred. 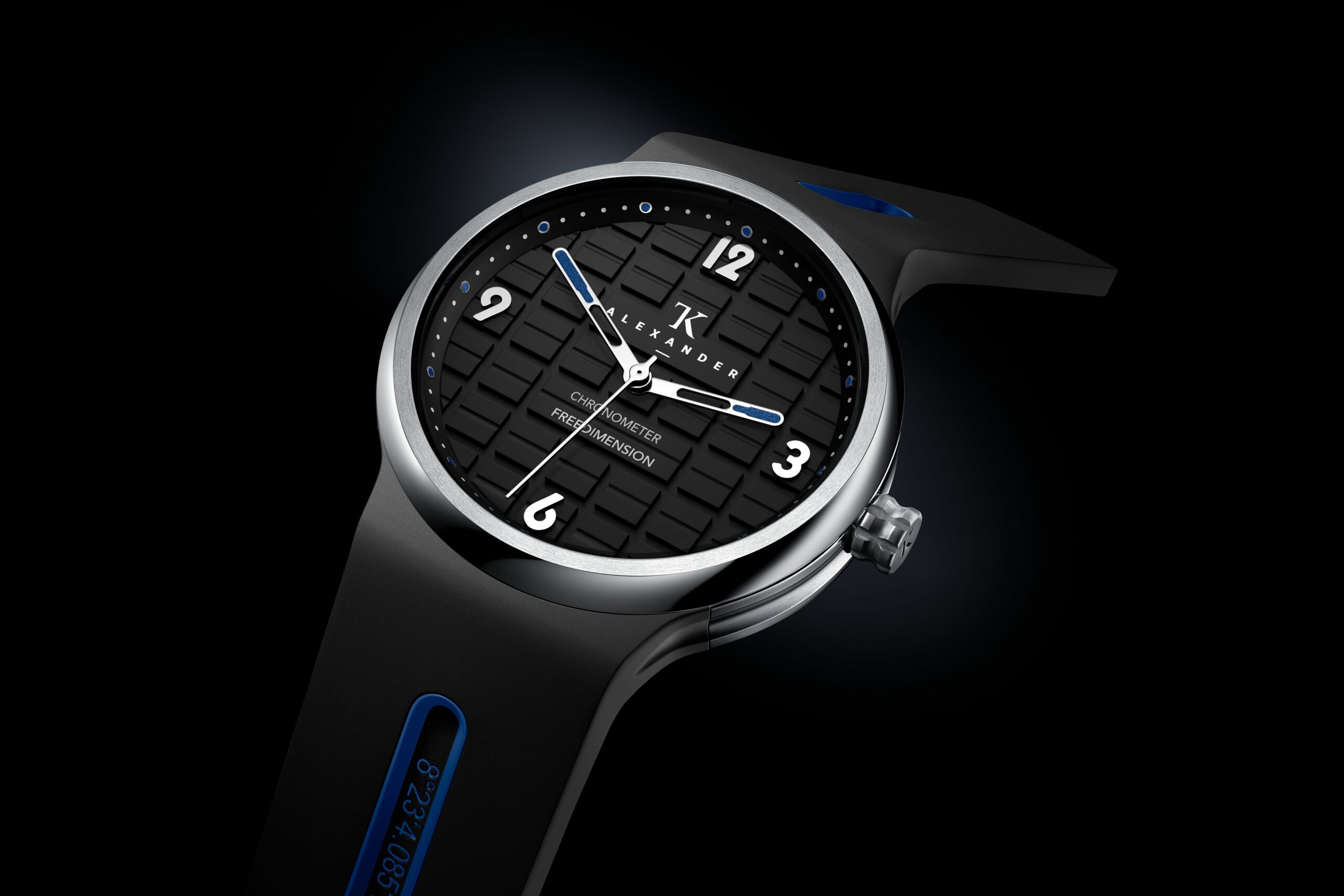 The most striking feature of the FREEDIMENSION is the unusually intricate maze of monoliths that make up the matte black dial. Through the tedious process of ultra-precision milling, an impressively three-dimensional grid pattern is carved directly beneath the hand-applied 3, 6, 9, 12 Arabic numerals. The partially Super-LumiNova filled hands are rhodium-finished in order to provide contrast against the nebulous depth of the dial. A series of dots adorn the chapter ring, with hour markers color-matched to the hands. Even the moniker of this model conveys clear deliberation, as this FREEDIMENSION plays with three-dimensionality in the dial, while simultaneously pursuing freedom from the confines of conventionality.

The avant-garde design of the FREEDIMENSION foregoes the inclusion of traditional lugs in favor of a more streamlined system that allows the rubber strap to blend seamlessly into the contours of the stainless steel case. Measuring it at 42mm in diameter, this piece is kept quite svelte at only 11.5mm in thickness. When viewing the watch in profile, it is clear that the unique take on dimensionality was applied throughout the entirety of the concept. Each side of the FREEDIMENSION features a subtle groove that continues into the connection point of the rubber strap. In addition, the bezel portion that surrounds the double AR-coated sapphire crystal slopes in a concave manner consistent with the underlying theme of the piece. Contrasting with the fluid curvature of the case is the signed three o’clock crown. It is large and pronounced, with knurling similar in appearance to the texture of the dial. 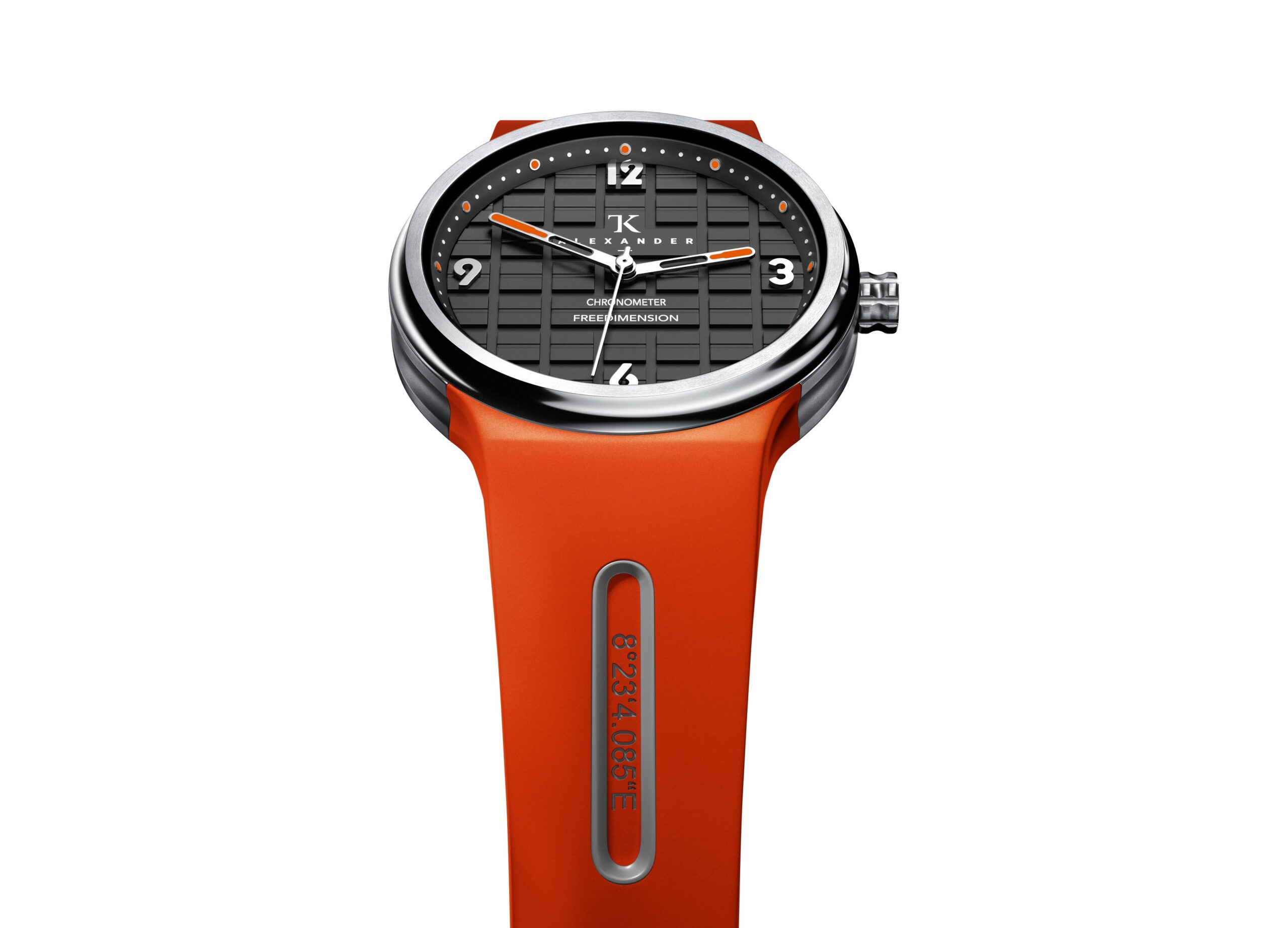 There is a dizzying array of potential options available for the FREEDIMENSION.  A survey of the color variants is currently underway and will run until April 17th, making it easy for consumers to cast their vote for a specific configuration that aligns with their individual personalities. Only the most frequently chosen iterations will be made available for purchase. The  selection of dials include anthracite, black, and blue, while the accent colors used on the hands and corresponding hour-markers include blue, red, white, yellow, and orange. Each example comes with an integrated 20mm strap that features the coordinates for Schramberg – 48 ° 13’41,326 “N – 8 ° 23-4,085” E – which are proudly embossed directly into the rubber for added texture and to pay homage to the origin city from which they hail. These straps are also matched to the chosen accent color, tying all components together into one unifying and consistent two-tone scheme. The choice to employ a rubber strap solidifies the sporty nature of the FREEDIMENSION, and serves a functional purpose, as it is the ideal choice for a watch rated to 100m of water resistance. In other words, this is a piece that truly can navigate the transition from beach to boardroom with ease.

The FREEDIMENSION is available with both elaboré and chronometer-certified Sellita movements. The chronometer is powered by the premium SW-200, which maintains an accuracy of plus or minus four seconds a day. Each chronometer grade model undergoes a strictly regulated 15-day test that is in accordance with ISO 3159: 2009, and includes a certificate supporting this qualification. The elaboré variation is still highly accurate, maintaining a more-than-respectable plus or minus seven seconds a day. Given the quality of components involved in the production of the FREEDIMENSION, along with the three-year design process, this is an admirable watch that can hold its own in the luxury market. The price for the elaboré -grade model is set at approximately $2,464USD (€2.095,00,) while the cost of chronometer-certification bumps the price up to $3,170USD (€2.695,00).

So, if you are someone who is living in a world where coloring outside the lines is encouraged, the FREEDIMENSION could be the ideal wrist companion for you on your day-to-day pursuits. With a kaleidoscopic salvo of possible colors available and the savvy ability to occupy the shared space on a Venn diagram between dress and sports watch, this is a timepiece that is built to the highest standards necessary to back up the forward-thinking design. You can check out the available models and learn more about TK Alexander on its website. Advance sales will begin for the FREEDIMENSION on April 19th.