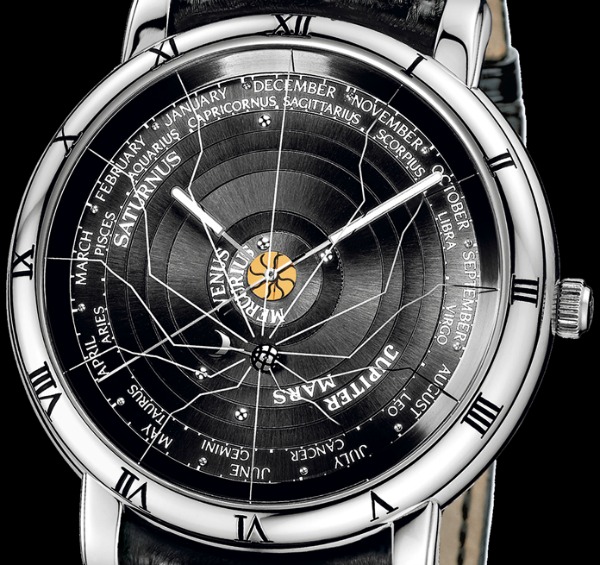 In the world of watches, “complication” is typically what functions are called. The more things a watch does, the more complications it has. Most of these are historical and have been around for centuries, proving to be useful and interesting. That latter camp of “interesting” complications incorporates a lot of potentially complex features that have arguable utility. Nevertheless, we still enjoy them for the simple effort and time required to produced and assemble them. They exist for the sheer love of things “complicated.”

Most complications are rather useful – even in our modern digital world. In addition to the time we enjoy having features such as the date, day of the week, more complex calendar functions, perhaps a second timezone, chronograph for measuring the time, and even things like the time all over the world. Those are pretty useful things. Then there are complications that while not totally useless, are certainly not very useful for the majority of people. We’ve assembled a list of the top five complications that are not useful, but still desirable and also potentially very complicated. They are the top ones because we still seem to like them despite their mostly vestigial nature and lack of real use in our lives. 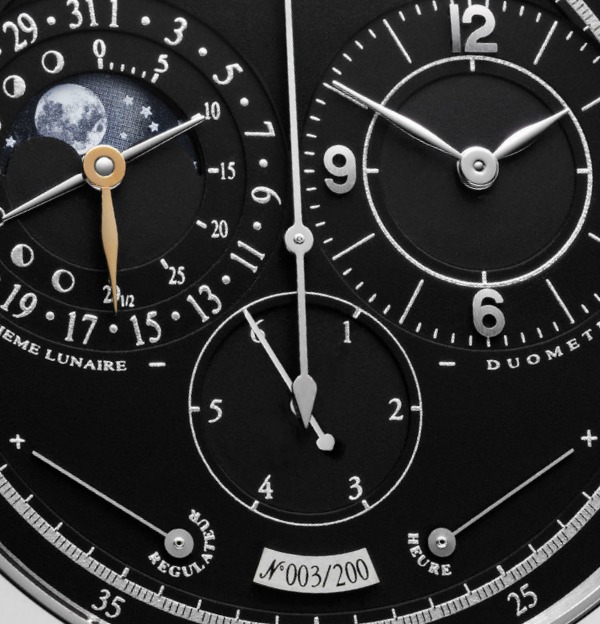 A foudroyante is also called a jumping seconds hand. What it mostly does is move very quickly on a watch dial. Depending on the speed of the movement, the foudroyante hand makes a few very brief stops as it makes a full revolution each second. The one above for example make six stops each second, and runs continuously as opposed to being part of a chronograph.

Aside from looking interesting and showing you how fast the little hand moves, it doesn’t do anything. You can’t use it to measure anything, and it is simply there to indicate fractions of a second as you watch it. We like how it looks, but the jumping seconds hand is mostly cosmetic these days in mechanical watches.

The idea behind planetarium complications is actually really cool. Some or all of the planets in the solar system are taken into account and their relative positions to one another as they revolve around the sun are indicated on the dial. Only a few watches are able to do this. Some models go a step further and indicate more complex information about planetary movements. Planetarium watches originated from larger planetarium displays that existed as standalone machines or on clocks. It was all about miniaturization.

While it might be interesting to know the alignment of planets, it doesn’t really do us any good above trivial knowledge. Planetarium watches are also notoriously difficult and complicated to adjust properly, and if your watch stops, chances are that you won’t be qualified to reset all discs properly yourself. Because of this, most people with planetarium watches aren’t even looking at anything accurate. Plus, even amateur astronomers would use more precise digital instruments to view this type of data if they really needed to know where to look for Saturn tonight. 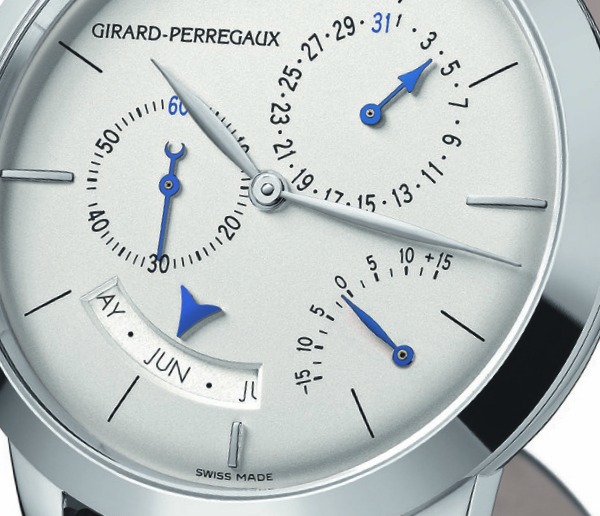 In some regard the equation of time is the ultimate useless, yet emotional complication. It is a scale that goes from plus or minus 15 minutes on the dial. What does it do? The idea is to show you the difference between the true solar time and the “civilian” time. This is also called the difference between the apparent solar time and the mean solar time. This exists because based on where you are standing on this planet, the time might look a bit different. This difference is always somewhere between plus or minus 15 minutes.

It can be interesting to know how much the time on your watch deviates from the true solar time, but it doesn’t actually matter in terms of coordinating with the civilized world’s schedule. It is a reminder that the way we measure time is celestially inspired, but that doesn’t mean it can help us be on time or plan our days any better. 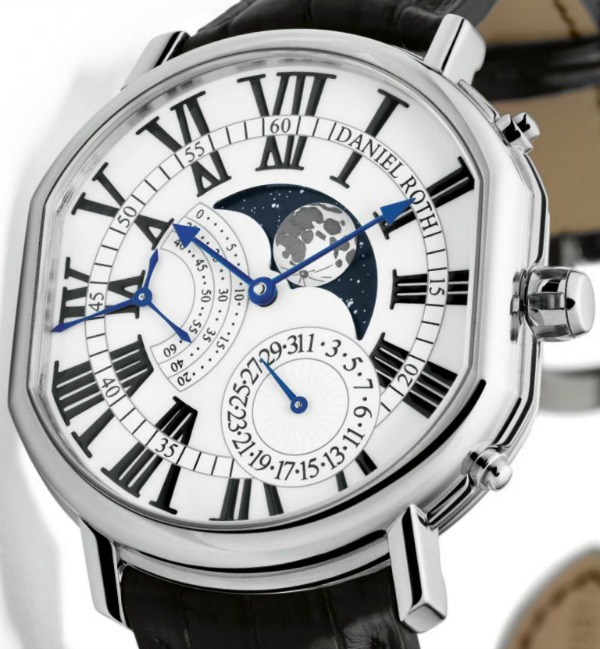 The function of a moon phase indicator is pretty self evident. Typically using a slowly moving disc with circles on opposite ends, it shows the phase of the moon as it waxes or wanes. Two semi-circles on the dial cover the circles that represent the moon to create the appearance of the moon “growing” or “shrinking” as it appears to do in the sky as more or less of it is covered in shadow. Sometimes the circles are printed to look more realistically like the moon, and some moon phase indicator watches are extremely accurate, requiring adjustments only each 120 years or so. Typical moon phase indicators keep a 29.5 day cycle which is pretty close to the actual moon phase cycle in the sky.

For many people, the moon phase indicator is the ultimate emotional complication. There is a sort of old-world gadgety sense to knowing the information as it has importance to some people who fish or farm. Though we challenge you to find people farming or fishing these days who are wearing elegant high-end mechanical watches while out in the field. While the moon is our closest celestial neighbor, its phases don’t have much importance to most of us 99.9% of the time. Plus, we are fortunate enough to know – with perhaps even more precision – the phase of the moon just by looking up at the sky each night. So even if you are someone who needs to know what is going on with the moon on a regular basis, glancing at your mechanical watch isn’t really much better than simply looking for that large bright thing in the sky at night. 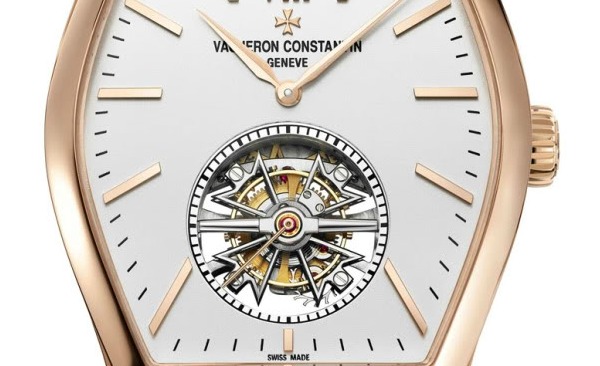 There is actually some debate on whether the tourbillon escapement is actually something which is technically a complication or not – this is because it doesn’t actually add any functionality. Invented back in the late 18th century, the tourbillon style escapement assembly creates a cage which spins the balance wheel and associated parts around on their own axis (usually once each 60 seconds). It was designed to theoretically make pocket watches more accurate by negating the effects of gravity, as pocket watches are typically kept in a vertical position. In the 20th century some people built tourbillons into wrist watches – almost as an experiment – to attempt to make them more accurate. Toward the end of the 20th century the tourbillon starting showing up in an exposed form on watch dials, in timepieces that commanded huge prices. Why? Well because tourbillons are quite tricky to assemble, and they look stunningly beautiful in their operation. Having said that, there is no evidence that the tourbillon has any positive effect on mechanical movement accuracy whatsoever. At best they are just as accurate as a well made and regulated non-tourbillon watch.

As we mentioned above, the tourbillon is a purely aesthetic addition to a high-end watch movement. Does it make a watch movement technically more complicated? Yes. Does it do anything else? Arguably no. It is a fancy luxury that has etched itself in the minds of many people to mean “expensive watch.” With many tourbillon-based watches costing over $100,000 it is purely a form of decadence. Decadence we indeed love and aspire to own, but useless when it comes to adding any sort of utility to a watch.