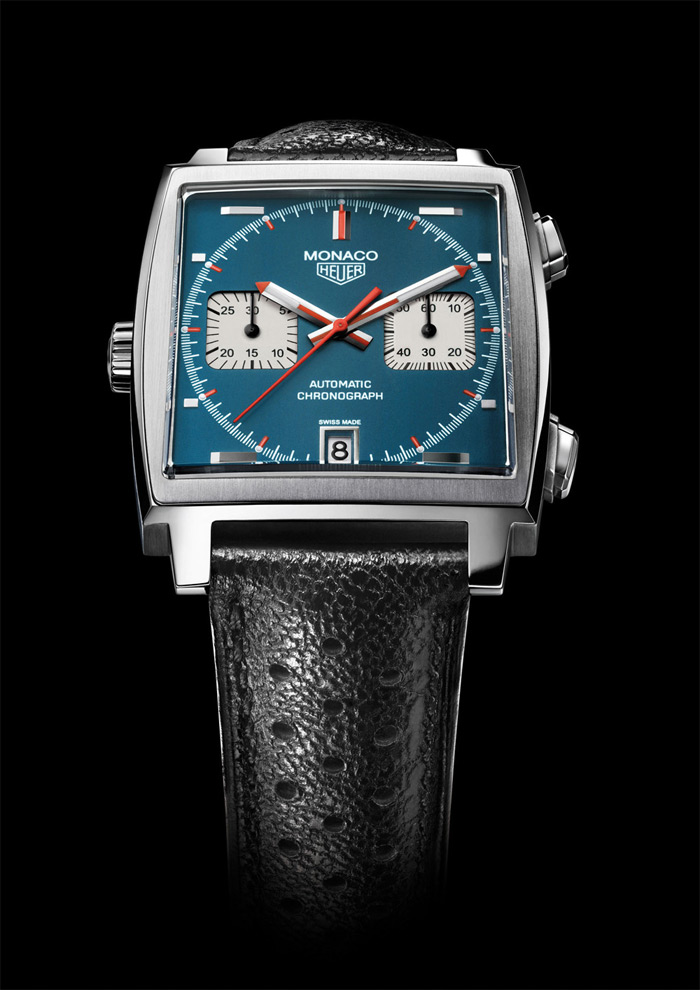 Although the self-winding movement and the chronograph complication had been created a long time ago, their union in a wristwatch took a surprisingly long time to take place. This was due to the technical difficulties the combination raised, one that frightened away even the most experienced movement manufacturers. The impetus for the creation of the first automatic chronograph was driven by the decline in hand wound chronographs as well as the appearance of the quartz watch. Further, the popularity and sales of automatic watches was increasing, combined these issues served to galvanize watchmakers with a greater sense of urgency.

1969 became the year to give birth to the automatic chronograph and it was a race involving multiple watchmakers: An Heuer; Breitling; Hamilton-Buren; Dubois-Depraz partnerships developing the Caliber 11 or “Chronomatic” and then there was Zenith and Movado partnering together and Seiko going it alone. Determining who won this race is no easy task since it was in a sense a “photo finish” and the importance of who was first has been much overstated. Of course Zenith even went to the point of calling theirs the first naming it “El Primero”.

In terms of timing, Zenith made the first announcement and demonstrated their prototypes in January 1969 at a low-key press conference in Switzerland. But, the El Primero didn’t go into production until October that year. The Caliber 11 group made high profile announcements with press conferences in Geneva and at the Pa-Am building in New York in March and the “Chronomatic” went into production in August.

Seiko claims they started production of their automatic chronograph reference 6139 in May 1969 for the Japanese market. Serial numbers on the earliest examples indicate a date of March 1969 however whether they are full production models or prototypes seems to be unclear and shrouded in mystery. There was no mention of the 6139 in the  book ” A Journey in Time” the authorized history of  Seiko, and they didn’t attend the 1969 Baselworld,  so it seems down to speculation.. the question of who was first still seems to be a very popular subject for debate.

In terms of technicals: The Chronomatic was built as a modular chronograph movement while the Zenith and Seiko were intergrated. The El Primero was slimmer and more accurate than the Chronomatic due to its faster beating movement of 36,000 vph and this has helped its longevity. The earliest Reference 6139 chronographs were called “Speed Timers” and had a 30-minute chronograph recorder, with a day-date at three o’clock. The red-blue outer bezel was marked with a tachymeter scale and a rotating inner bezel marked elapsed minutes

The watchmakers were to battle it out for the next ten years until the demise of the Chronomatic due to the appearance of more efficient quartz chronographs. The El Primero didn’t suffer the same ending thanks to a watchmaker who shrewdly hid the components and tools needed for its production in an attic and these were used to recreate it once mechanical watches made a comeback. The Seiko 6139 was made until 1978 when Seiko stopped making automatic chronographs until the mid 1990’s in favor of quartz models. 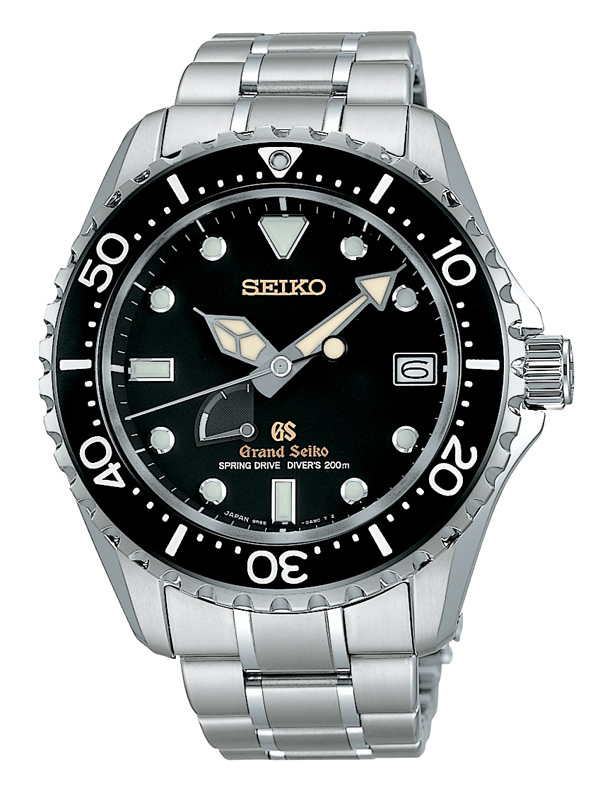 Seiko announced the manual winding version of their ground breaking Spring Drive in 1999 and in 2004 released the Spring Drive self-winding movement. In 2009 on aBlogtoWatch we discussed all you wanted to know about Spring Drive.

Producing over 600 prototypes during the 28 years it took to develop, the Spring Drive was the result of Seiko’s quest to create a mechanical wrist watch with the accuracy of a quartz. Starting in 1977 with its first patent,  in total there were no less than 230 patents that have been applied worldwide for this movement.

Spring Drive watches use a main spring and barrel like any other mechanical movement,  however the mechanical escapement has been replaced by what Seiko calls its “Tri-synchro Regulator”. The Tri-synchro Regulator regulates the unwinding of the mainspring and controls the speed of the glide wheel by using electromagnetic braking which corrects its speed to a quartz reference signal.

The Spring Drives have a number of advantages over watches with standard escapements. They are highly accurate:  Seiko claims one second a day, however owners have been finding them even more accurate than that. Increased accuracy is not only due to the electronic regulation but also because there is no mechanical escapement they are unaffected by positional variance and gravity – the position you leave your watch in will not affect its accuracy.

They also have a 72 hour power reserve which is a 30% gain over regular mechanical movements and feature a “gliding” seconds hand which aesthetically also appeals to a lot of people. They are also arguably more durable since there are less stresses involved with the Tri-synchro Regulator compared to a traditional escapement.

The Spring drive is a ground breaking, 21st century mechanical wristwatch – defined by Seiko as an electronically controlled mechanical timepiece – that gives you the best of both worlds, the charm and beauty of a mechanical wrist watch but with the accuracy of a quartz timepiece. 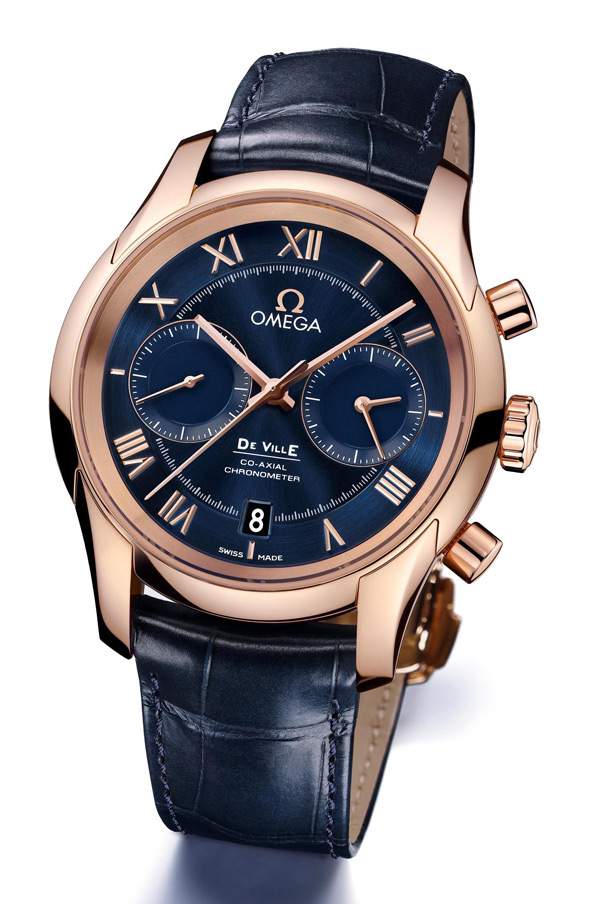 The history of escapements is littered with failures, hundreds have been created but the majority abandoned due to poor performance or manufacturing difficulties.

The Lever Escapement combined simplicity and dependability resulting in its widespread use in most mechanical wrist watches, but the Detante is arguably the most efficient escapement and is still used in marine chronometers today. The co-axial escapement, invented around 1974 and patented in 1980 by English watchmaker George Daniels combined the advantages of both these escapements. Giving it greater accuracy and reduced sliding friction making lubrication of the pallets unnecessary which eliminates one of the shortcomings of the traditional lever escapement.  According to Daniels, the co-axial has a ‘Robust reliability and close precision rate for long-term performance.’ Check out a hands-on look at George Daniels Co-Axial Chronograph watch that was produced as a proof of concept for his invention.

The co-axial was first seen in a mass-produced watch when Omega used it in its De Ville line with caliber 2500 in 1999. They claim “less sliding friction, greater mechanical efficiency and outstanding chronometric performance over time.” Since their first introduction, co-axial escapements have been used in Omega’s high-end watches ever since. The co-axial escapement has allowed Omega to produce some of the most accurate and efficient mechanical wrist watches on the market with all co-axial movements being COSC-certified chronometers. George Daniels believed due to the co-axial’s benefits, that it “will extend the popularity of mechanical watches into the 21st century and beyond.” 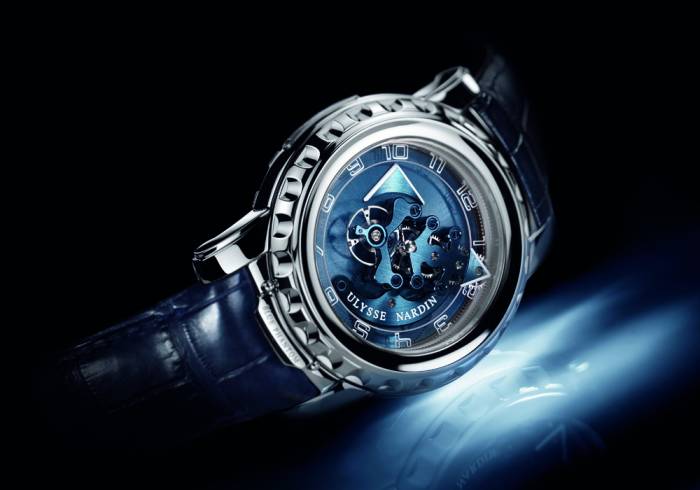 The Freak and the Silicon Revolution

Since the start of this century, silicon has been used to produce watch components. It’s no surprise really that watchmakers have been rapidly seduced by silicon since it possesses just the kind of qualities that appeal to watchmakers: it is very strong; light (less than a third of the weight of steel); and non-magnetic. It also resists corrosion, is less prone to deformation, more shock resistant and crucially, due to its low-friction, requires no oil – the Achilles heel of watchmaking.

The use of silicon components can make watches more accurate, efficient and durable. They consequently require less frequent maintenance intervals. An added bonus is that silicon parts are cheaper and easier to manufacture than traditional ones too.

In 2001 Ulysse Nardin made an important breakthrough with its extraordinary watch the “Freak” which used a unique, very high-tech dual wheel escapement using silicon wheels. This pioneering move ushered in the start of the silicon revolution in watchmaking.

Since then many other watchmakers have used silicon. Omega found it to be complimentary to their use of the co-axial escapement and now all co-axial calibres are equipped with silicon balance springs. Patek Phillipe having been involved in the use and development of silicon in watches since 2005, filed a patent for the first silicon escape wheel for a Swiss lever escapement.  And in what some considered a controversial move, in 2011 they announced that silicon balance wheels will gradually be added to all Patek Phillipe calibres.

Four Breguet calibers had previously incorporated silicon and in 2006 they introduced their first watch with a flat silicon balance spring and escapement. More recently in 2013, Roger Dubuis released their Excalibur Quatuor which was the world’s first silicon watch incorporating four sprung balances. Richard Mille exploiting  silicon’s qualities of hardness, resistance to wear, temperature and corrosion as well as its lightness, used silicon nitride for the bezel and case of the RM011.

There are some reservations expressed about the use of this new material; aesthetic considerations for instance, silicon doesn’t offer you the same opportunities for movement decoration that traditional metals do. “These parts must be used as machined,” says Stephen Forsey, which “excludes any hand-finishing – an integral part of high-end watchmaking.”

There is also the issue of replacement parts for watches using silicon. Since it’s a lot more difficult refashioning parts from silicon than metal, such components “not only cannot be redone if you do not have the technology and exact plans, but as the technology will evolve, the parts made today will probably not be reproducible in the future.” says Maximillian Busser regarding such concerns. Another issue is that some watch makers say that silicon, while hard, is possibly too brittle to last as long as metal in the long term. They plea that it is too early to prove or disprove this, but even Ulysse Nardin who innovated with silicon has been pushing forward with a form of diamond coated silicon (that they call Diamonsil). This hardened version of silicon may counteract potential durability concerns making it a choice mechanical watch making component in the future assuming that they can be reproduced easily.

But in the end doesn’t silicon bring watchmakers closer to their dream of a mechanical watch that runs for eternity without the need for maintenance and ideally extreme precision? Just seeing how embraced it has become is a clear sign of just how important it is.