Most wristwatches made today are hardly state-of-the-art, but rather continue a tradition of watch making set in motion long ago. One reason many collectors are interested in vintage watches is because many of them represent important achievements in technology and functionality that we take for granted today. aBlogtoWatch has done its homework and brought to you what we feel are the top 10 most technically important mechanical wrist watches. By the 1920s, consumers had accepted wristwatches as practical and pocket watch sales had started to decline dramatically. By 1930, the ratio of wristwatches to pocket watches was about 50:1.

During the past 100 years, the mechanical wristwatch has seen many changes, even seeming to come close to demise. Important electronic watches will merit a list unto themselves.  Let’s have a look at mechanical wrist watch history and some of the technological milestones that have helped it evolve. 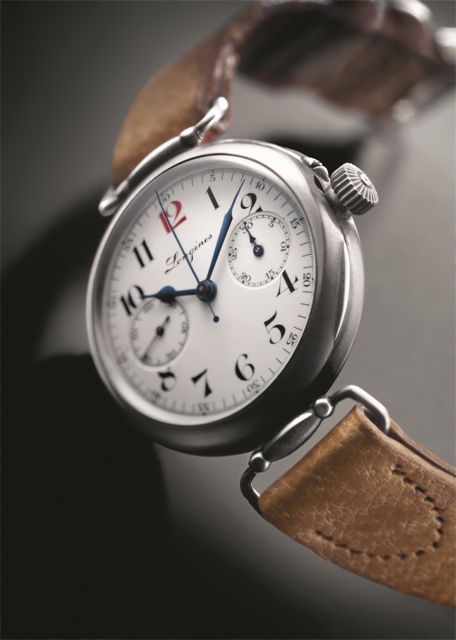 The chronograph is the most popular complication today (aside from the date) and its uses extend from simply boiling eggs to helping spacecraft return home safely.

The history of the chronograph was actually recently re-written with the discovery that it was invented by Louis Moinet in 1816 but it wasn’t until a century later that it actually made its way into the wristwatch.

Longines arguably produced the first chronograph wristwatch in 1913. A single pushpiece (monopusher), 29mm in diameter, it was accurate to one-fifth of a second and used their 13.33Z caliber. This was the precursor to Longines 13ZN caliber which was another milestone released in 1936: the first flyback chronograph.

Incidentally, for those interested in Longine’s first chronograph, they produced a limited edition anniversary version released at Baselworld 2012, which was a faithful recreation. The main difference being instead of an in-house movement, it uses one outsourced from ETA.

Breitling also invented one of the first wristwatch chronographs in 1915. Gaston Breitling who a year earlier had succeeded his father, had the idea of creating a single pushpiece chronograph separate from the crown that would control the start, stop and reset functions. In 1923 the system was further perfected so that resetting could be done separately from the start and stop functions.

Universal Geneve capitalizing on the developing interest in chronographs, presented one of the first in 1917 and then later in 1936 unveiled the first chronograph with an hour counter.

These early chronograph innovations paved the way for later developments such as the Valjoux 7750 movement which is used in the majority of mechanical chronograph watches on the market today. 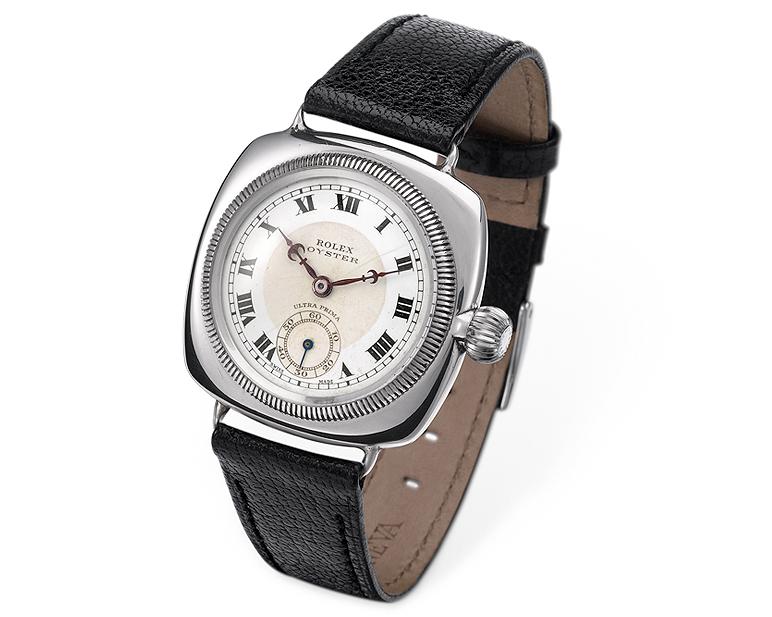 “We must succeed in making a watch case so tight that our movements will be permanently guaranteed against damage caused by dust, perspiration, water, heat and cold. Only then will the perfect accuracy of the Rolex watch be secured “ wrote Rolex founder Hans Wilsdorf to his technical assistants early on in the development of the Rolex Oyster watch.

The main difficulty they encountered in producing an “impermeable” watch was preventing water and dust from entering through the crown. But in 1925 two Swiss watchmakers, Paul Perregaux and Georges Peret patented a new crown locking system, and Wilsdorf, understanding the importance of this system, purchased the patent. Using the watertight case Rolex had developed along with a modified version of the crown locking system, they registered their “Oyster” design under a British patent in 1926. Named so because it was intended to be sealed as tight as an oyster.

Incidentally Rolex’s motivation to create a self-winding movement was also driven in part by their desire to create an impermeable watch. Because although the Oyster case was impermeable to dust and water, if the owner forgot to screw the crown back in tightly after winding or if the crown threads and seals wore out over time, then dust and water could still enter, a self-winding movement solved this problem.

Rolex wanted to prove the claims of water resistance made for the “Oyster” and were able to do this when young English swimmer Mercedes Gleitze completed a successful ten hour swim of the English channel wearing the watch in the 1927 Cross-Channel Challenge. Rolex used this event in their publicity for the watch up until the 1950’s – as well as giving their authorized dealers fish tanks to put in their windows to show-off the waterproofness of their watches.

Omega also introduced a waterproof watch in 1932, and to avoid infringing on Rolex’s patented locking crown, they placed the whole watch inside another outer casing and advertised their watch, called the Marine, as the first diver’s watch. In 1936, it was taken to a depth of 73 meters for 30 minutes in Lake Geneva and was certified to a depth of 135 meters the following year by the Swiss Laboratory for Horology in Neuchâtel.

The Omega Marine was endorsed by William Beebe, who was famous for his 1934 descent in the “Bathysphere” to a depth of 3,028 feet. Beebe also pioneered helmet diving and in 1936 wore the Marine on one such dive, afterwards reporting that “I wore my Omega Marine in the Pacific Ocean at a depth of 14 meters, where the pressure is twice the normal one. My watch sustained this test with success. Its tightness to water and dust and its robustness to corrosion represent a true progress for watchmaking science.”

Rolex and Omega have since gone on to further develop the water resistant wristwatch with their modern day counterparts found in the  Rolex Sea Dweller and Omega Seamaster Planet Ocean watches.