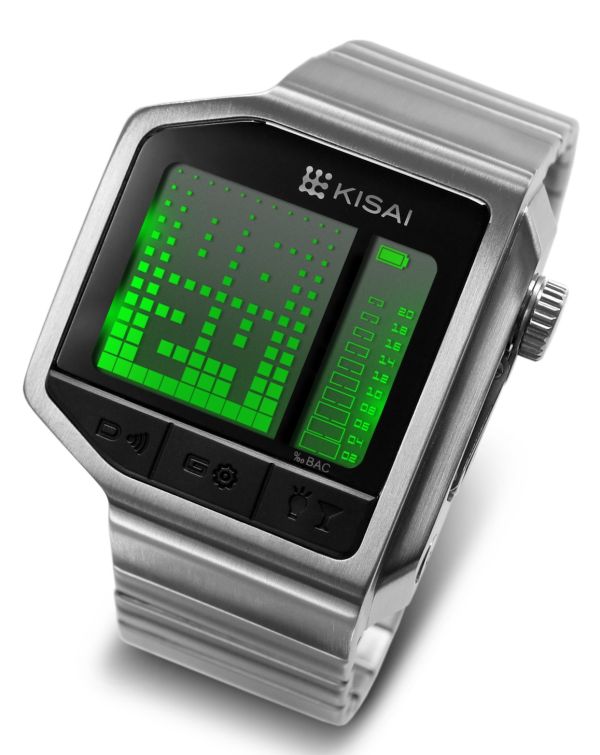 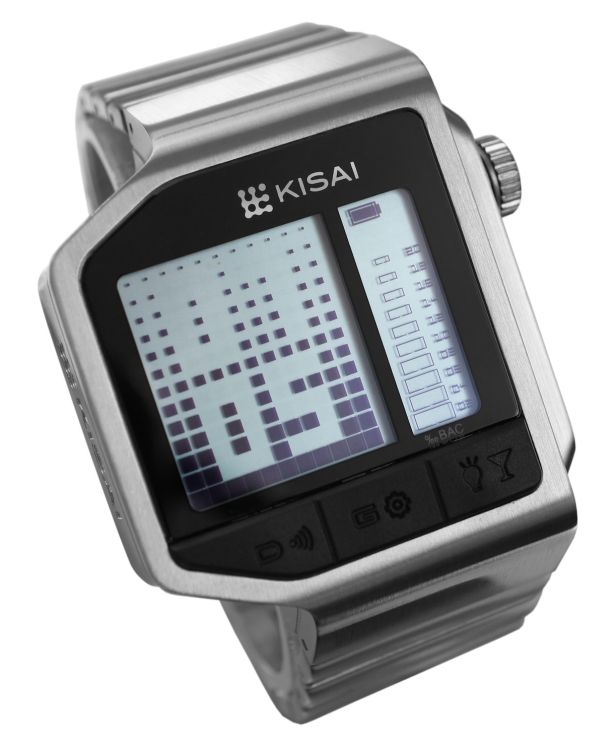 If you’re even remotely familiar with TokyoFlash, you’re aware that their design studio turns out some rather interesting pieces, with all manner of twists on what we’d call the “classic” digital readout. Today, they’ve jumped in with a watch that’s ready to tell you when it’s time to let someone else drive home. It is the Kisai Intoxicated, and it has a functioning breathalyzer incorporated into the design. Unlike the hoax Casio Breathalyzer that turned out to be a fake, this is the drunken deal. How is it that both of these came out in the same week?

Yes, that’s right – the Kisai Intoxicated contains a breathalyzer to give you a sense of what your blood alcohol content (BAC) is . The tube, such as it is, appears over on the right-hand side of the case, and you have to unscrew a crown to access it. In all likelihood you’ll need to remove the watch to use it. To use this function, you uncap it and press the alcohol button (yup, that’s what they called it) and wait for the sensor to warm up. Once it’s ready, blow for 5 seconds, and your reading will appear over on the right-most display. It reads out in percentages, from 0.01 to 2.00, and has color changes to help you determine where you are on the scale (say, if vision is a bit blurry). The display starts off green, and once you cross over 0.41%, it shows in yellow. Should that percentage top 0.61%, it changes to red, signifying drunkenness.

That said, something about this scale is throwing me off. For example, if we hear someone caused a crash and blew a .18, that would correspond to 0.18% BAC (wiki article), which would still register as mostly sober on this watch – it just doesn’t compute.

Perhaps this is why they state this analyzer is just for “entertainment purposes” – don’t expect to argue with a cop that your watch told you you were good to drive. That means TokyoFlash offers this blanket disclaimer in order to prevent from being sued if the reading is off. That doesn’t mean it isn’t accurate, but rather that they are trying to limit their liability.

They also have a game built in that’s supposed to test your level of intoxication; it’s a simple reaction time measure. When the game is activated, a line will move from the left to the right (and back) on the main display. Press the button to stop the line on the midpoint of the display; if you hit the center, you’re sober; otherwise, it’s indicating your reaction times may have been impacted by your beverages. Now in addition to having a breathalyzer, the Kisai Intoxicated has a built-in sobriety test (no more walking the straight line for you!).

That covers the main “gee whiz” factor for this watch; let’s turn our attention now to what actually makes it a watch. As with most TokyoFlash watches, the digital readout isn’t just a simple readout like you’d have on your drugstore special. Instead, this one relies on negative space on the left-most display to read the time (or the date). This looks to me to be one of their easier displays to read; you may need to unfocus your eyes a bit if you have trouble picking out the digits.

The always-on LCD (and it’s green backlight) are housed in a 42 x 54 mm stainless steel case with a matched bracelet. I can’t tell for certain, but given my experience with hands-on reviews of other TokyoFlash models, my guess is that the bracelet is of the folded-link (rather than solid) variety. Not necessarily a deal breaker at the price point (more on that in a bit) the watch comes in at, but something you’ll want to be aware of. 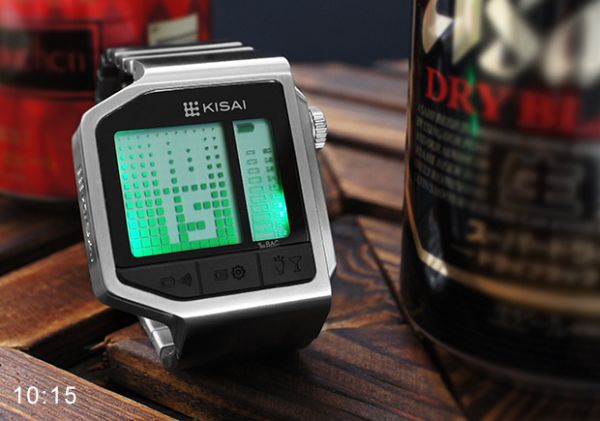 As I mentioned earlier, the Intoxicated will read out the time and date; you also have the capability to set an alarm. There’s one last feature on the watch that more models coming from TokyoFlash (Tokyo Flash) seem to share – the presence of a rechargeable battery. Charging via USB, it will take about three hours to reach a full charge, which should last for about a month of normal usage.

So, how much would you expect to pay for all of this? Unsurprisingly, TokyoFlash has set a very reasonable price for the watch – $99 in the initial introductory period, after which it will go up to its regular price of ( which is likely around $129). Not too bad for a novelty gadget watch.

So, who’s this watch for?  I think it’s targeted much the same way those breathalyzers are in the Sharper Image catalog – as a gimmick to use at a party.  Frankly, if you need a device like this to tell you when to stop drinking, a watch is the least of your worries.  It’s a sort of interesting watch, but I think it’s falling a bit flat, and is definitely not my favorite of what they’ve created over the last year or so.  tokyoflash.com