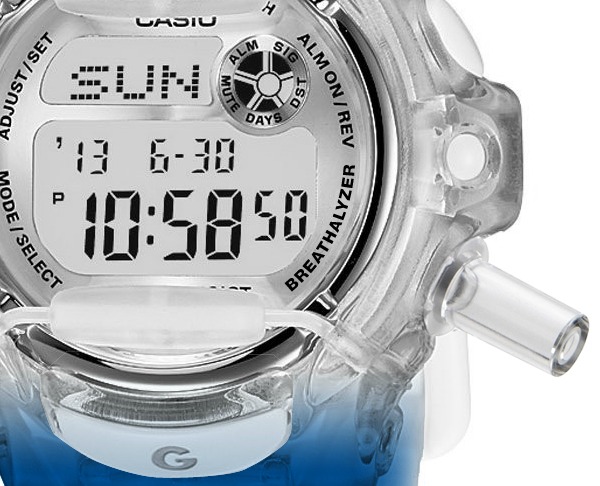 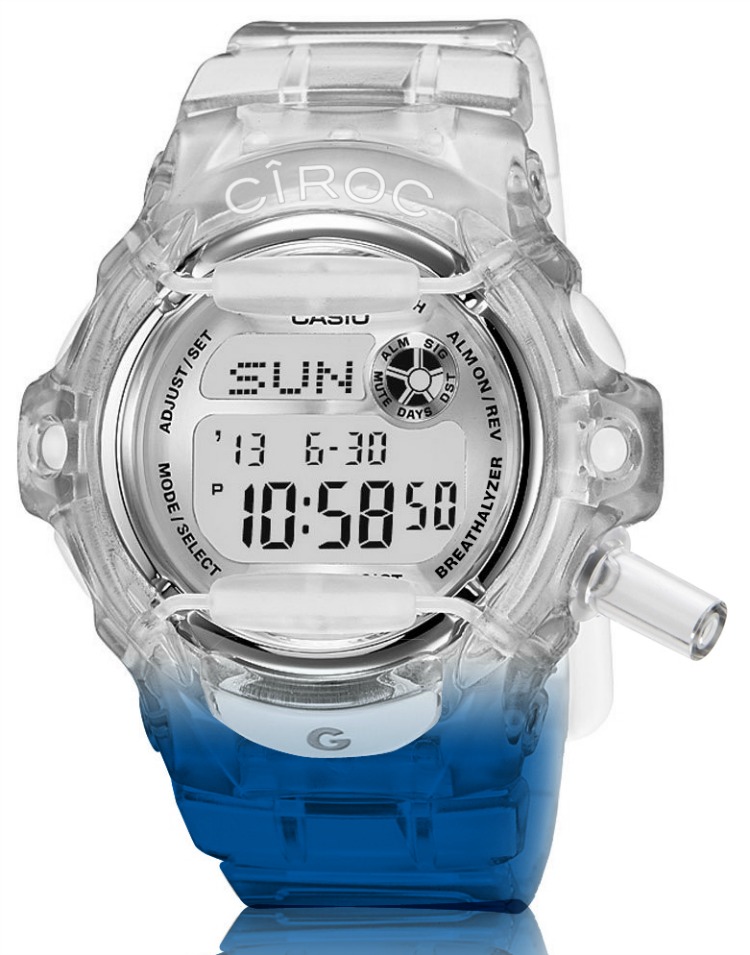 UPDATE: Apparently this is not real. Casio has reached out to let me know that someone Photoshopped this fake watch, but for amusement you can read a “watch if” below. However, the same week TokyoFlash released a genuine breathalyzer watch.

Because Casio didn’t think that making a watch with a breathalyzer was enough, it needed to make one in collaboration with a vodka maker. Yes, it is true, the irony of the Ciroc X G-Shock watch is that the timepiece is there to prevent you from drinking too much of what Ciroc produces. For Ciroc, it is a great marketing move as it has been well established that no matter how much alcohol producers advise people to “drink responsibly” people’s drinking behavior does not change. More on that shortly. On the watch front Casio lovers can expect a new tool on the G-Shock feature set with an on-board breathalyzer. Is this part of the new tool set for the world’s urban Pro Trek watches? For now, the new drinking revolution begins for women as this is a Baby-G model based on the BG169R-4 collection.

Where Casio offers a range of outdoors watches in other timepiece collections, the G-Shock collection has become its urban jungle watch with a combination of durability, style, and functions such as a stopwatch (chronograph), calendar, world time, and backlight (among others) that makes sense in people’s day-to-day lives. More recently G-Shock models have begun to borrow technology from Pro Trek models such as a compass or thermometer. Aside from Bluetooth phone connectivity, your humble G-Shock hasn’t really gained any novel features for a long time, until now. Finally, you can blow in your watch and get your blood alcohol reading letting you know whether you should cab it or not. 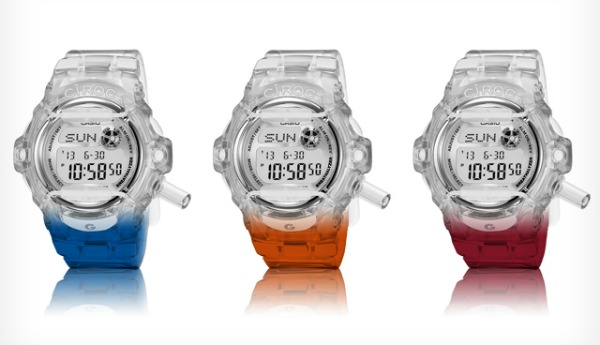 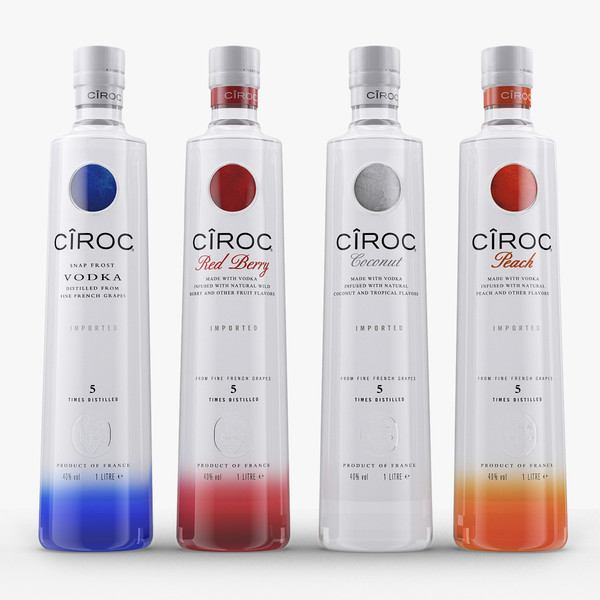 I must admit that technically I am impressed. Casio, along with its fellow Japanese watch makers, offer some truly innovative technology in their timepieces. Whereas, the Swiss are mostly concerned with making pretty looking watches in fine materials. Not that there is anything wrong with that, but for gadget lovers, the Swiss doesn’t satisfy as often as brands such as Casio do. The Ciroc X G-Shock watches feature a straw-style tube extending from the 4 o’clock position of the watch case, that presumably when in breathalyzer mode, will automatically offer your BAC level on the dial via a digital read-out.

The idea is that toward the end of the night, you can check yourself before you decide to drive or not. Psychologically it makes sense from a drunk driving prevention standpoint. When people are intoxicated many aren’t aware of just how intoxicated they are from a BAC standpoint. An immediate and mathematical way of knowing with certainly that their BAC level is above or below the legal limit, would probably prevent a lot of drunk driving. That is of course if they ended up wearing their G-Shock Baby-G breathalyzer watch before going out. And who exactly wants to do that? If people start knowing what these watches are then you might be portraying yourself as responsible and prudent (maybe not the funnest person around), or a bit too reckless and wearing the watch is akin to wearing a court-ordered car breathalyzer ignition lock. Just food for thought. At the same time, it might be a really good conversation starter.

The Casio Ciroc X G-Shock watches will come in a trio of colors to match the bottle colors of Ciroc (blue) Ciroc Peach (orange), and Ciroc Cherry (red). Personally I can’t stand the flavor of artificially sweetened vodkas, but that is just me. The timepieces have a bit of a feminine twist because of course they are based on Baby-G watches for women. A few men’s blogs wrote about the Ciroc X G-Shock today on its debut believing it was a men’s watch. Guys, it will likely measure your BAC, but this timepiece isn’t meant for you.

I like how the dials have those 1980’s era dial protectors… because you know, things can get a bit wild when you imbibe on too much ‘Ciroc.’ Actually, all the watches in this collection continue to feature those. I can see a group of guys bringing a G-Shock breathalyzer along for a night out just to see who gets the most drunk by the end, and because it is girly, they don’t mind passing it around. Women might not wear it, but may end up taking it along with them in a purse. Also useful as a spare watch. In all seriousness, the addition of a breathalyzer tool is useful and thought-provoking in terms of what behavioral effects it can lead to in the general public.

Ideally Casio will continue to engineer the breathalyzer function because I think it would make a fantastic addition to more G-Shock models. By this I mean reducing the size of the straw, making it retractable, or altogether removing a need for it. Think about it; if Casio is interested in offering the ultimate urban survival watch, then a breathalyzer tool would be extremely useful on its top models for both men and women. You’d certainly see a lot more people wearing G-Shocks when going out at night, and the overall societal effect of having readily available breathalyzers on people’s phones or watches at all times would be interesting to say the least. UPDATE: Casio has confirm that these are fake and not real about a day after this news started to spread around the internet. gshock.com