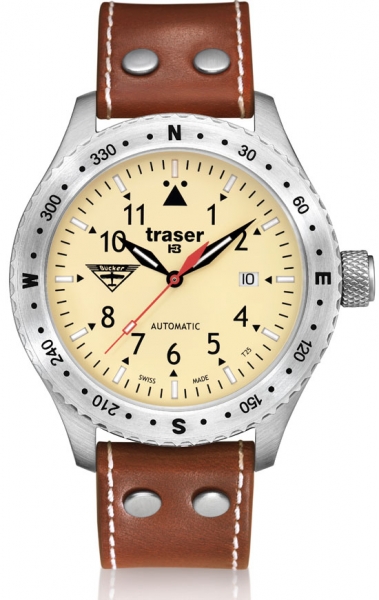 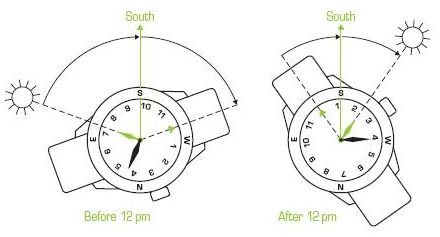 This newer collection from Swiss Traser H3 is their first aviator watch collection that I am aware of. it is also the only aviator style watch that I am familiar with that utilizes tritium gas tubes. Traser is actually part of MB Microtec, which is the only firm in the world that makes the small illuminating gas tubes and on Traser watches they call it “Trigalight.” There are three watches in the collection and they are each meant as an homage to the three most famous German Bücker planes of the pre WWII era. Each watch is named for the plane it is in honor of. While not needing to couple with a classic plane, it is a common thing to do with aviator watches, and such “couplings” are common with most any type of watch for that matter. Bücker started in the 1930s and made a series of very agile and study planes use for a variety of purposes including stunt flying and pilot training. See the plane below the watch it is meant to represent. Each of the watches comes in a 46mm wide stainless steel case with a uni-directional navigational bezel that can be used to determine the compass direction based on the locations of the sun. See the little chart. The watches have a large domed sapphire crystal (actually domed on the automatic model, and I think flat on the other models) with a layer of AR coating on the inside. Each watch is water resistant to 330 feet (1oo meters). The watches are further available with a leather aviator style strap of an attractive metal bracelet that is about $50 more per a watch. 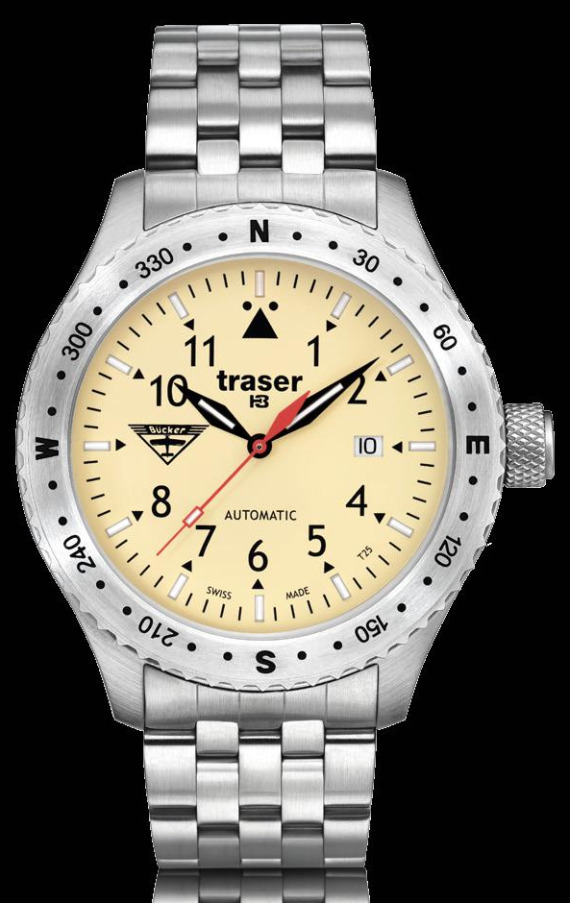 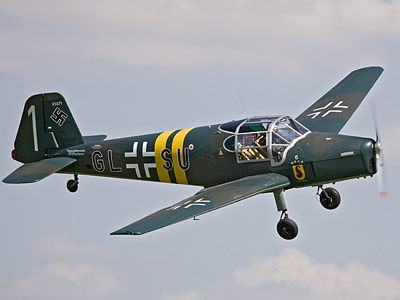 Trigalight tritium gas tubes are used on various places on the dial. Including for each hour marker and on the hands themselves. All the gas tubes are in the white color while the 12 o’clock indicator is in orange. Most of you are familiar with tritium gas tubes, but for those of you who are not, they are small tubes filled with lightly radioactive gas (no worries, that won’t harm you one little bit) that glow by themselves nicely for about 25 years. This means that you never need to charge them in light, and they glow clearly in the dark. Tritium gas tubes are probably the best type of luminant out there and I highly recommend watches that use them for those who enjoy or need low light and no light watch dial reading. The most popular so far in the collection has been the Aviator Bucker Bestmann. This watch has a retro cream dial and an automatic three-hand ETA 2824-2 movement. The watch dial is no nonsense function, just like the place it was modeled after. I like the large file textured crown and the large size as some of the existing Traser watches have been small by today’s tastes. You get a really classic aviator look with a hardy Swiss movement (visible through an exhibition caseback). On both bracelets is looks nice. I have included only a picture of the Aviator Bestmann on the bracelet, but it is the same bracelet for all the watches. Oh, and the automatic Aviator Bestmann model comes in a limited edition of just 200 watches. They may be sold out already! Price is about $900. 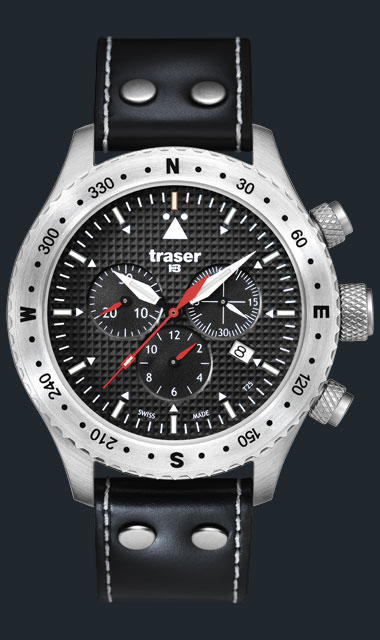 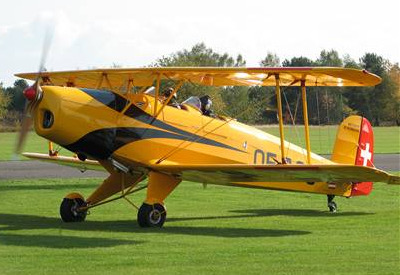 Next is the Traser Aviator Bucker Jungmann watch. This is almost a totally different style watch done with a textured black dial and with a chronograph. It feels so modern compared to the retro looks of the other two watches. I like how the hands of the watch pop out and that Traser knew to use another color (red) for the chronograph hands. Inside the watch is a Ronda 5030.D movement that has the the time, 12 hour chronograph, and the date. The watch is actually really attractive and probably very easy to maintain. I think it looks equally nice matched to the black leather aviator strap or the metal bracelet. Probably my favorite model of the three – plus the Bucker Jungmann aeroplane that it is based on a legendary acrobatic plane. This watch is a reasonable $515- $575. 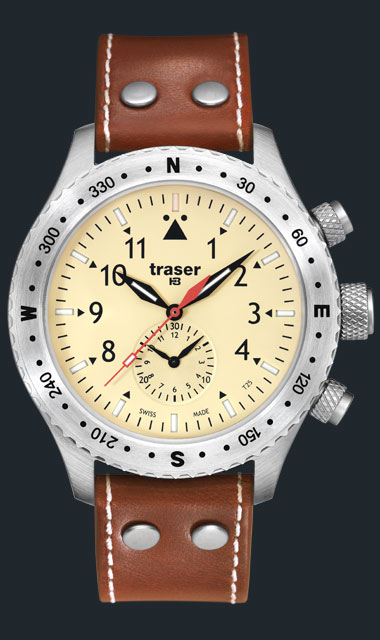 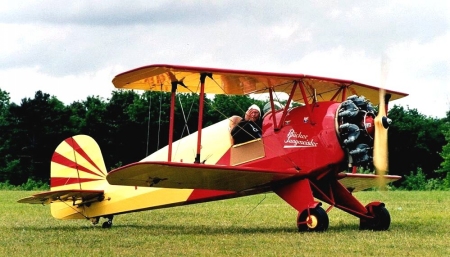 The final model of this impressive aviator watch series is the Traser Aviator Bucker Jungmesiter watch based on other popular bi-wing plane from before the big war. The plane is also very agile and mostly made of wood. This watch is also a chronograph but uses a single dial with two hands to indicate the chronograph minutes and hours. There is no seconds hand for the main time. The watch used the Swiss Ronda 5010.B movement. Some of you seeing this watch at first glance might think it is an alarm watch, but you know better now right? An alarm on an aviator watch is basically worthless actually. Can you imagine someone in that open plane trying to hear a “beep beep” from their watch. Yea right. A chronograph is 10 times more useful. Again here you have the retro cream dial and brown leather strap. What I really like about the pairing of these watches to these planes is that you can actually imagine a period pilot wearing these watches while the planes were still new and fitting in just fine. A good testament to Traser H3’s design department. The Aviator Bucker Jungmeister goes for about $660 – $715.