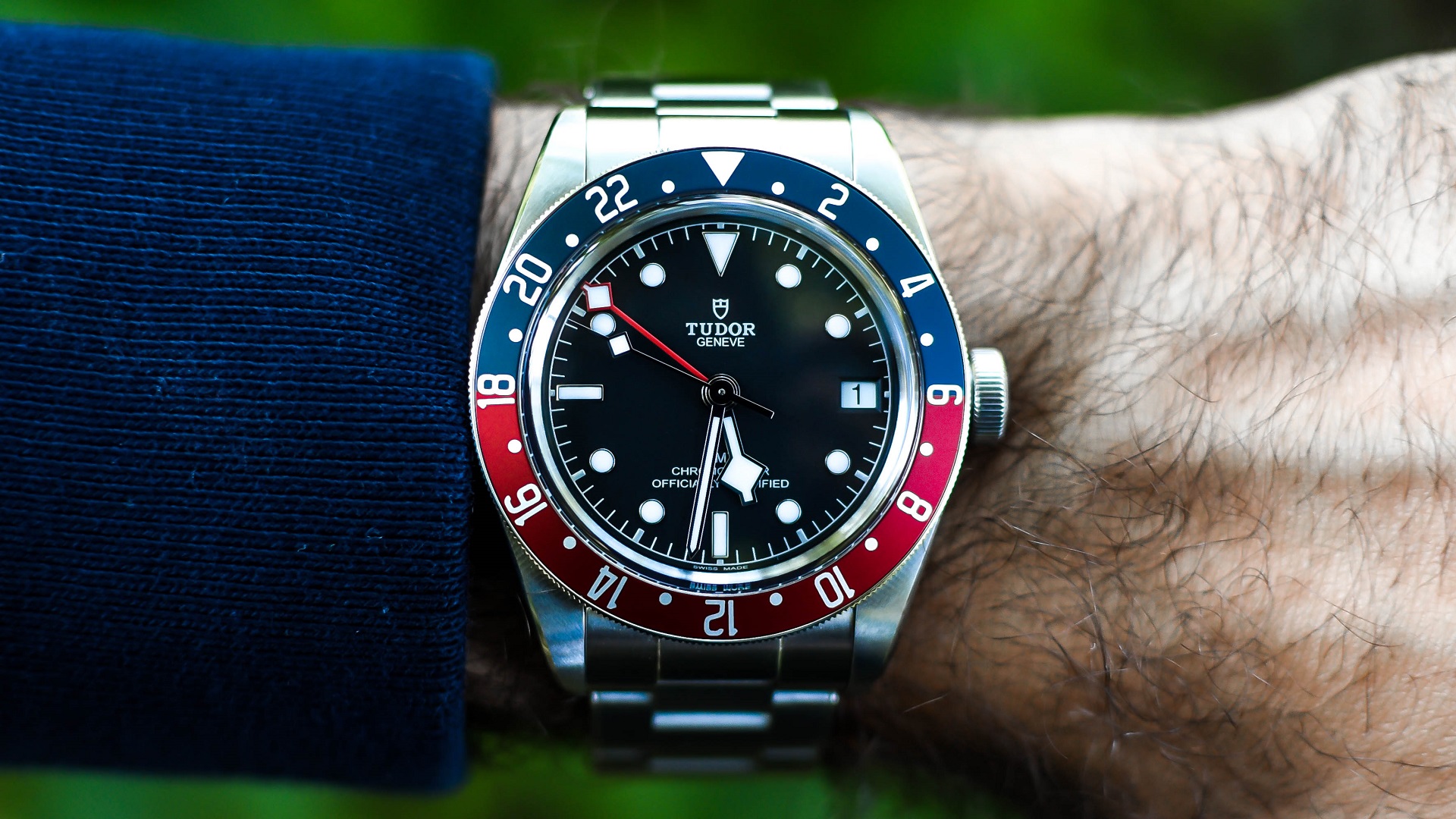 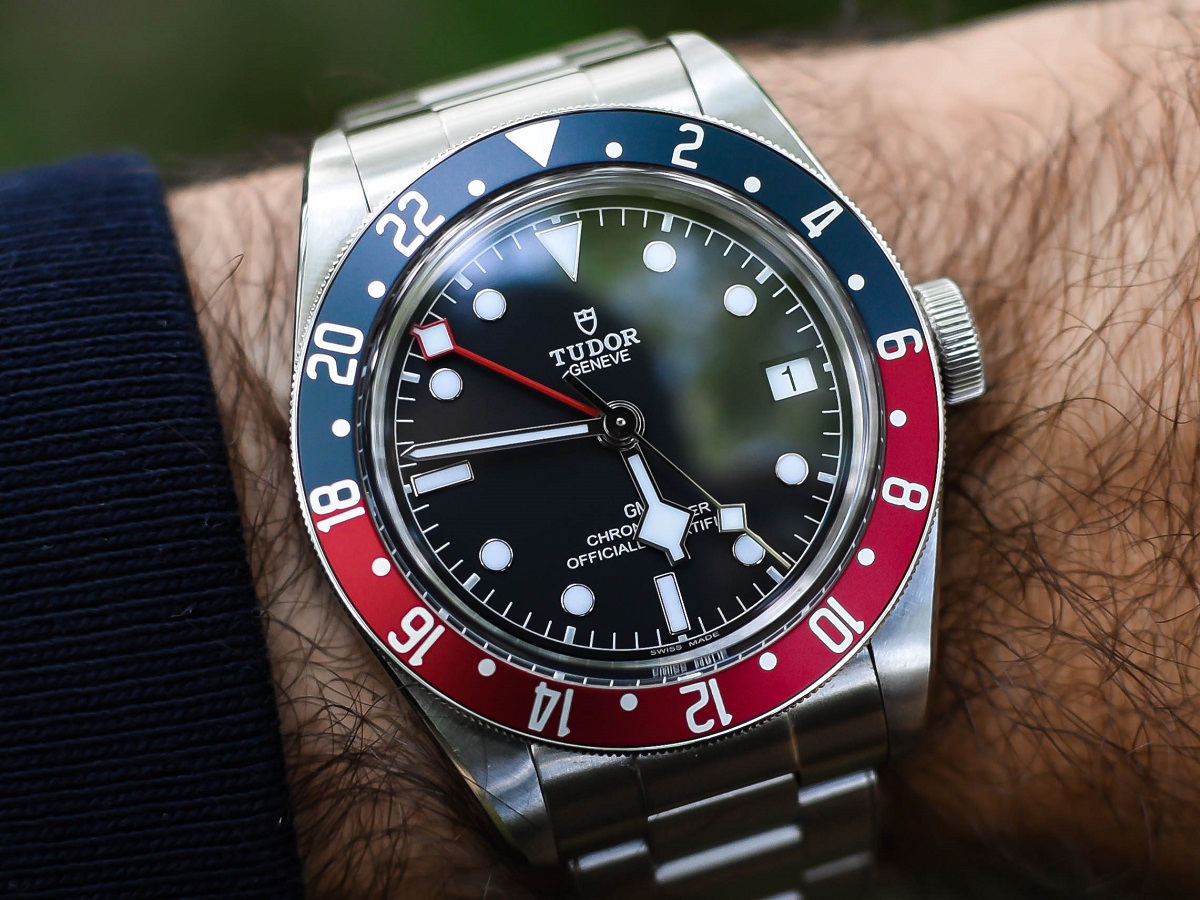 After Baselworld 2017 rolled around I think I had officially given up on Tudor, at least as a consumer interested in seriously voting with my dollar and adding one of their products to my collection. By then, every possible ounce of creativity and variety had been squeezed out of the Black Bay line and to me, it seemed like an attempt by Tudor to simply shoehorn as many dissonant design variations as possible into the collection. Something has to stick, right? I don’t know how many Black Bays are currently offered, or how many sizes and materials are available, and I don’t really care to look it up – because it doesn’t matter and it’s immensely overwhelming. It’s a classic case of decision paralysis for many potential customers and nothing really stands out to me. This is the part where I tell you that the Tudor Black Bay GMT changed everything for me, and it did. 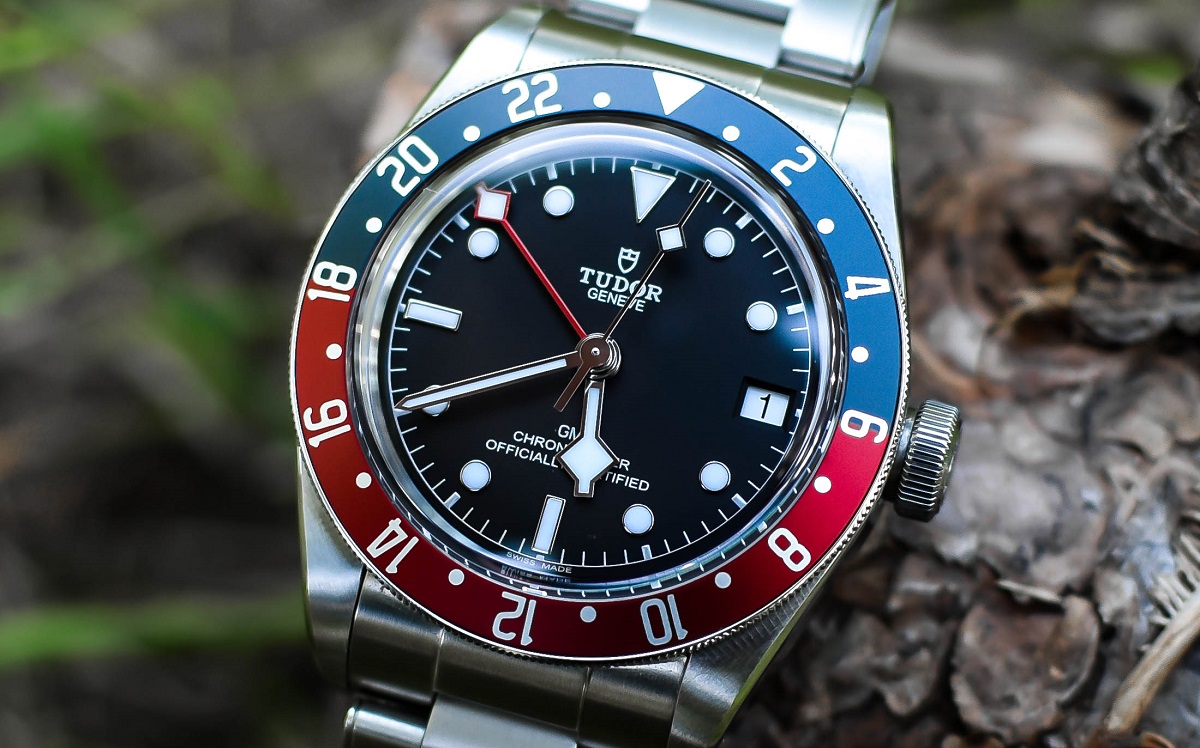 About a week or two before Basel each year, social media, forums, and the rest of the collective watch world start to speculate and predict what Rolex is planning to unveil on day one. It’s a tradition at this point and our modern social media-driven watch enthusiast culture nurtures this kind of environment along with a healthy dose of internet trash-talking… when it’s required. Yes, Rolex released a stainless steel ‘Pepsi’ GMT-Master II and for years, it’ll be one of the most difficult models to purchase at retail. But what really amazes me about this product launch and the subsequent announcement of the Black Bay GMT, is the fact that for the first time in history, Tudor seemed to stand quietly as a direct competitor while offering something that wasn’t a watered-down version of a Rolex flagship model. This, was not predicted. 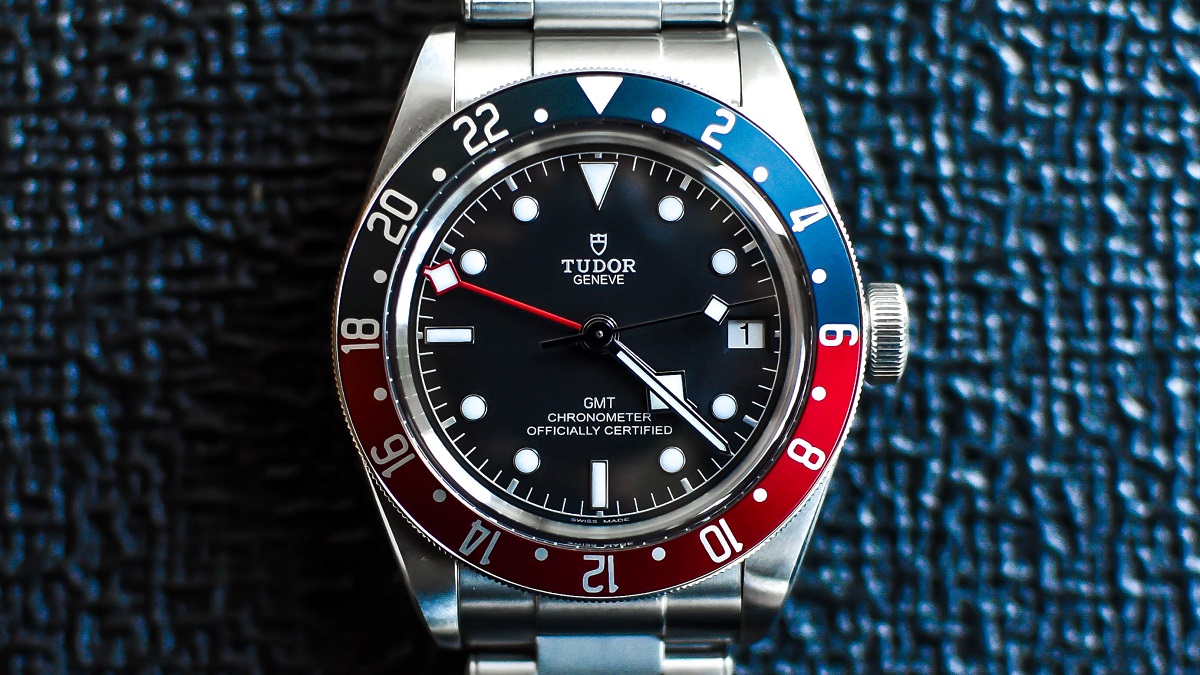 That’s because the Tudor Black Bay GMT isn’t watered-down at all. This is in-house production, true utility, impressive case finishing, comfort, drop-dead good looks, and an aviation-inspired design coming from the same family that supported pilot watch development during the emergence of the 1950s Jet Age and early transcontinental flight. And, while the Tudor vs. Rolex argument will inevitably come up, to me, it’s simply a new chapter in the story. This “story” isn’t something I’ll bore you with and now, I think it’s best that we get right into the details. 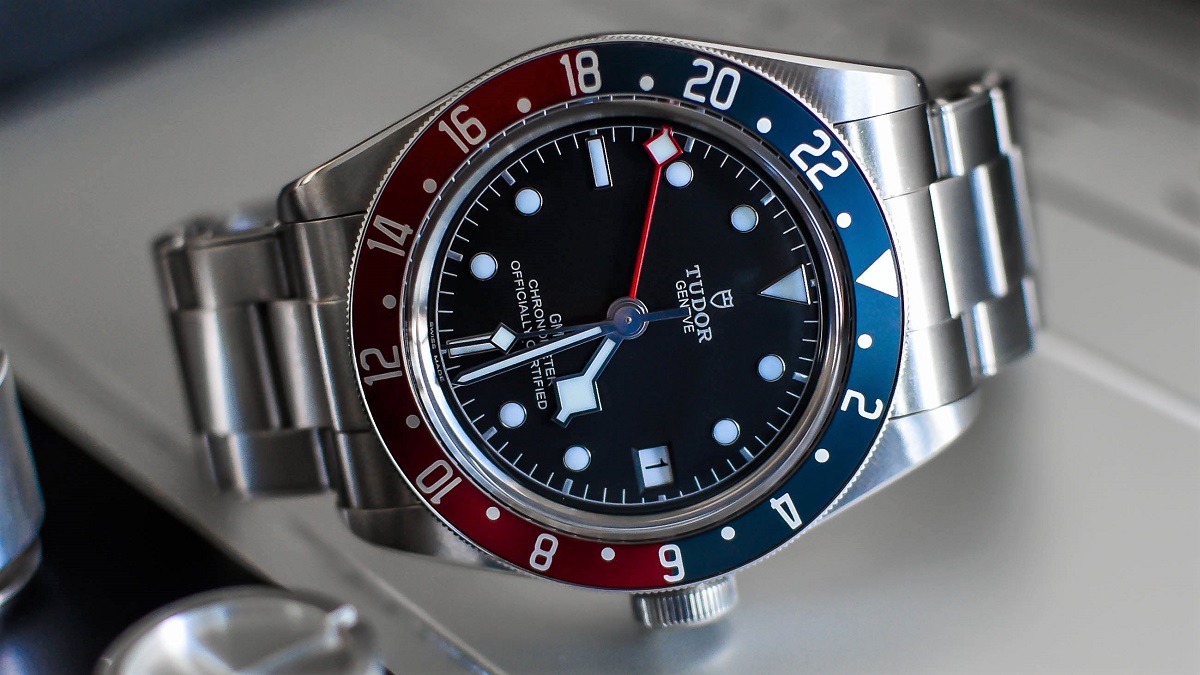 I find it interesting that the case of the Tudor Black Bay GMT is perhaps one of the most dividing characteristics when it comes to watch enthusiast opinion. The standard Black Bay divers are still very popular – even though many of us love to hate the thick side slabs and the case size. Nevertheless, most of my fellow watch enthusiasts commented that at 15mm (including the crystal), the watch seemed too thick – and this is where I’d have to disagree. There are some slight refinements here (completely unique to the black Bay GMT) that distinguish this case from earlier Black Bay cases and as someone who that has been accused of “hating on” chunky watches in the past, these changes made all the difference for me. 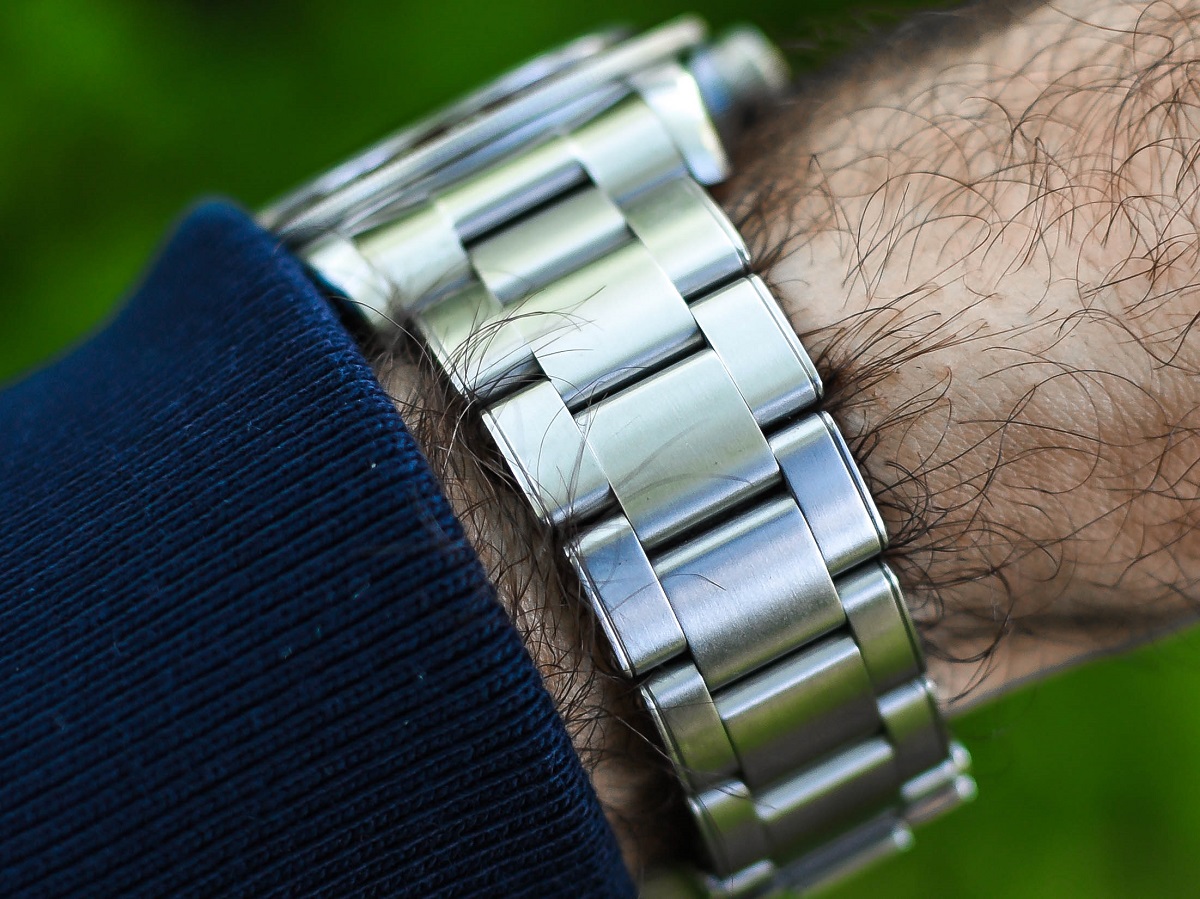 Specifically, there is a nifty set of beveled edges along the underside of the case that visually reduce the perceived size on wrist. Combine that with the polished lug edges and you have yourself a relatively thick watch that still looks and feels comfortable enough for daily wear. If you haven’t handled one yet, you have to. It’s really the only way to make up your mind about the thickness, and your mileage may vary. Aside from that the case is 41mm wide, about 50mm lug to lug, and water-resistant to 200m. The big Tudor crown (signed with the Tudor rose) is, of course, another distinguishing feature and I found it very comfortable to operate while winding and manipulating the time settings. 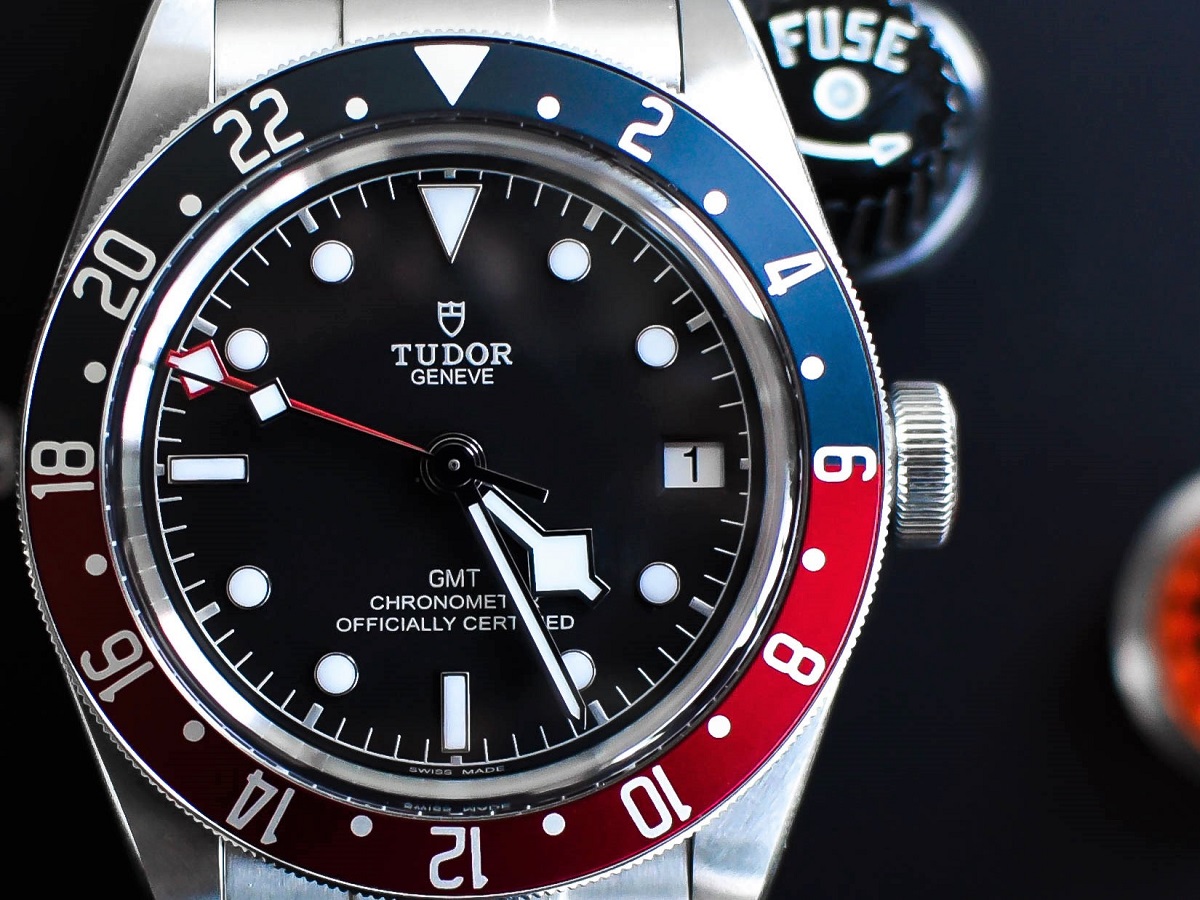 Moving up from the crown, we reach the bidirectional 48-click bezel with an anodized aluminum 24-hour insert that Tudor calls matte burgundy and blue. It’s a muted look in terms of color, but you can still catch a glimpse of the classic, rich blue and red Pepsi theme if you’re standing in broad daylight. Visually, I think it’s the most pleasing feature that sets the Black Bay GMT apart from its Rolex counterpart. Depending on the light, the blue can take on a weird, seasick aquamarine tone and the bezel even felt like an older looking component you’d find on something like a ‘50s GMT Master. It’s charming, toned down, and cuts out the jewel-like visuals that you get with most modern Rolex watches. 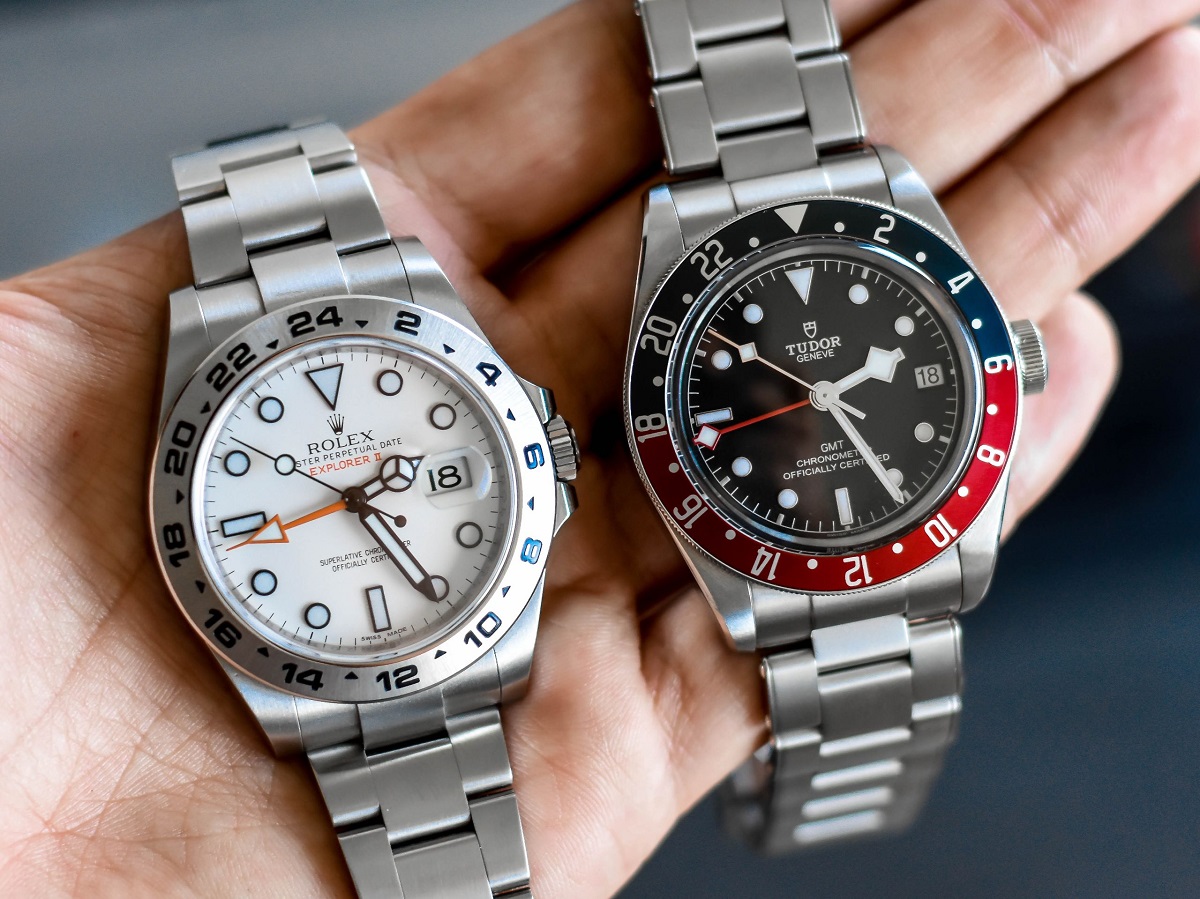 A side by side case size comparison with the Rolex Explorer II ref. 216570

Again, I’ll try not to draw too many comparisons here, but I think this is worth noting. Aside from being difficult to grip at times, I found the bezel satisfying and easy to read – especially with the milky white numerals adorning the high contrast 24-hour scale. The whole look is therefore, a little more vintage-inspired – and I like to pretend a guy like Chuck Yeager might opt for one of these if he were to start chasing that demon in the sky today. 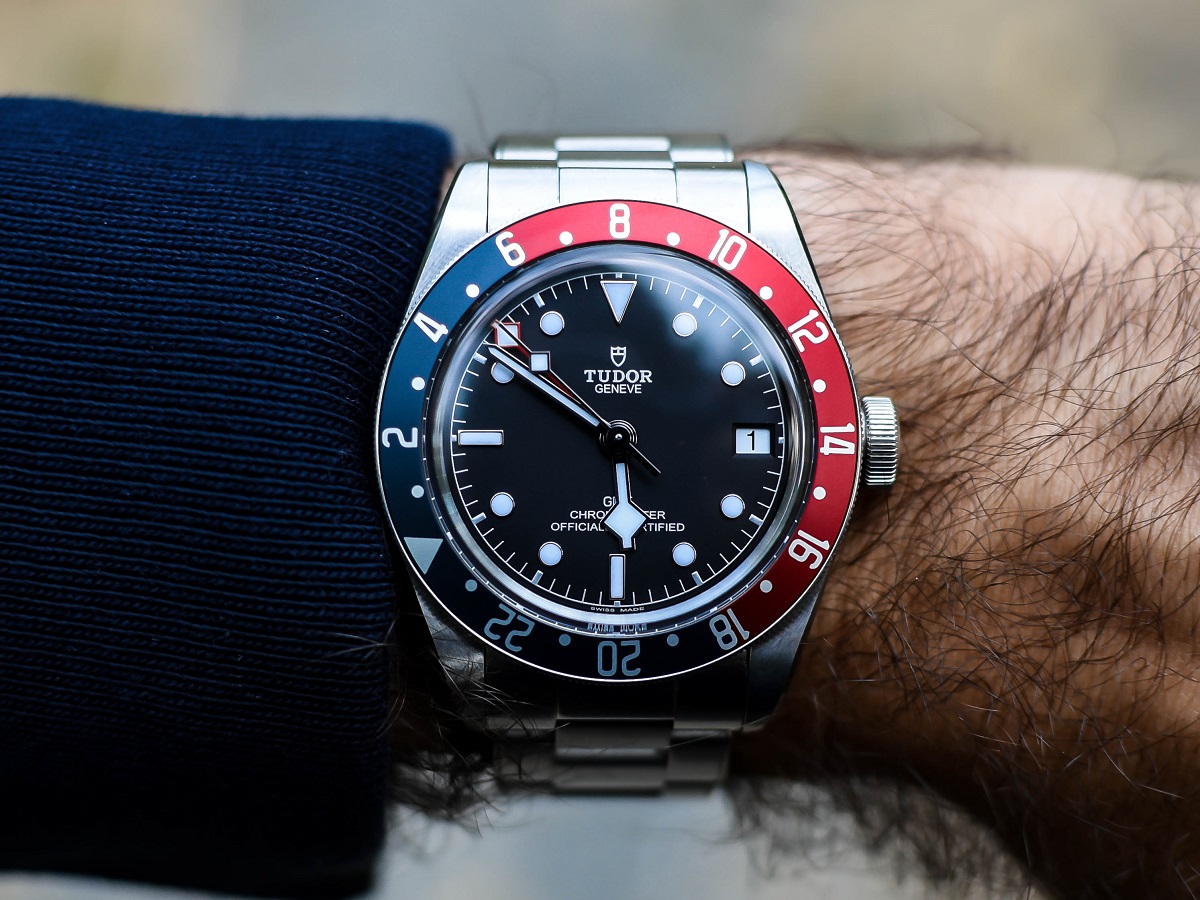 A running joke here at aBlogtoWatch is the suggestion that the Tudor Black Bay GMT might as well be affectionately referred to as the Tudor Blizzard. That’s because the local hour hand, GMT hand, and running seconds hand, all feature the typical Tudor snowflake design. Is it a bit of a snowflake overload? Maybe. But I think for such an important watch in their line-up, I think I can forgive them for making it look as “Tudor” as possible. What’s most important is that I didn’t find this to negatively affect legibility and quick time checks using multiple scales. 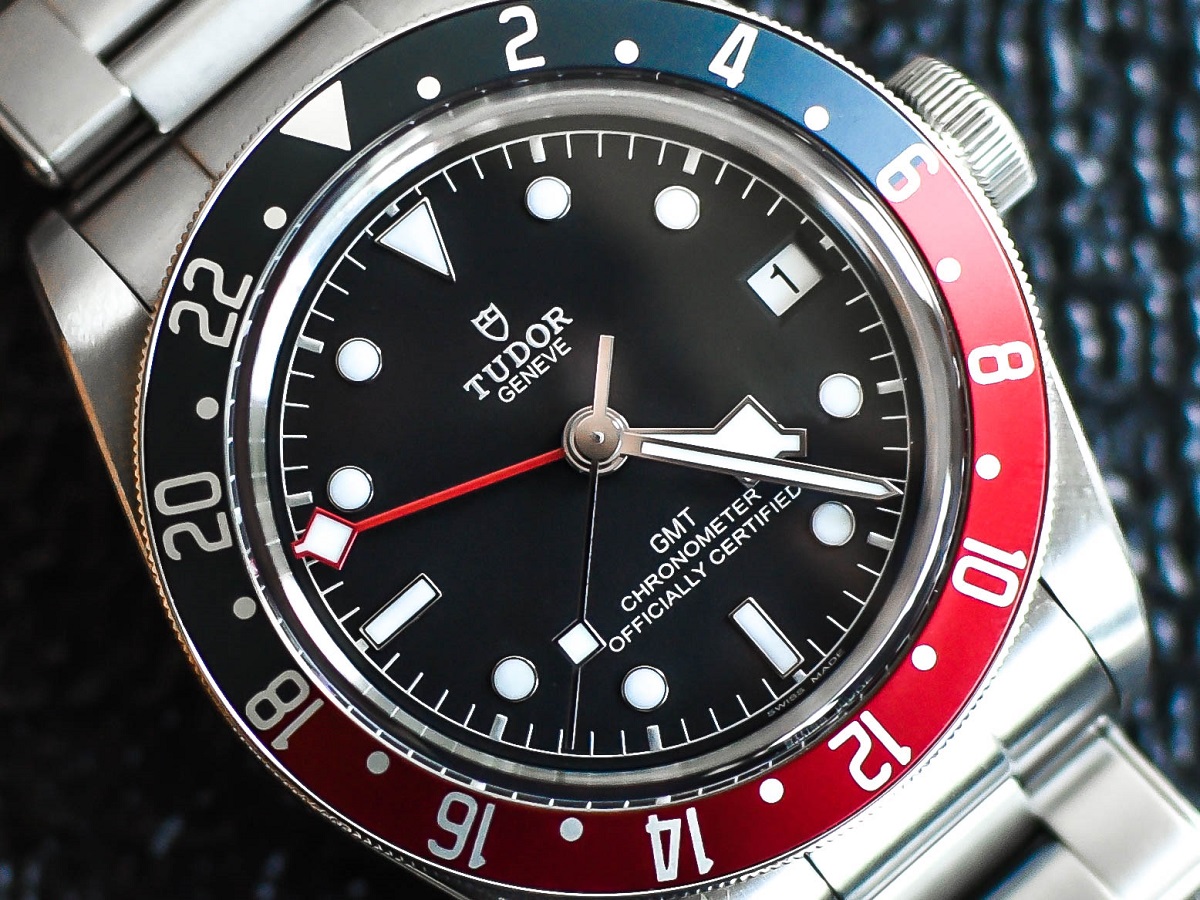 At its core this is your typical Black Bay dial, which is one of the best in the business if we’re talking about simple, sporty layouts that feel at home no matter what kind of adventure you’re on. The dark matte black dial surface contrasts well with the applied hour markers featuring metal surrounds. Hand length is also ample, making it nearly impossible to mix up what you’re looking at and over at 3 o’clock Tudor included a slightly recessed and very basic date window. To me, it was just perfect and I really enjoy how crisp the black date numerals look on the white date wheel.