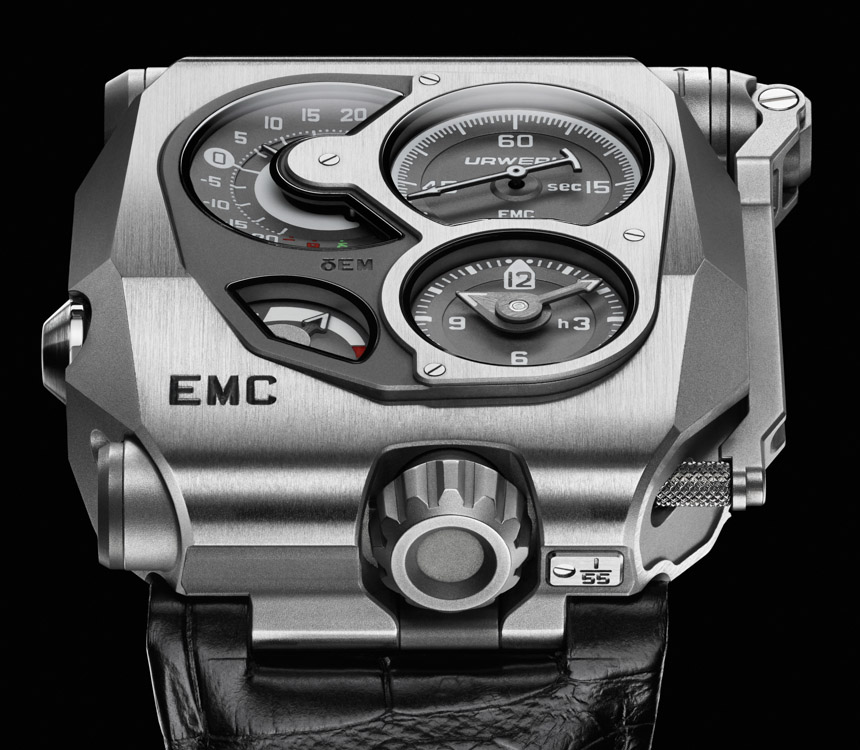 Urwerk has finally unveiled its EMC watch after teasing the movement back in May. If you’ll recall, the EMC (Electro Mechanical Control) watch is a mechanical timepiece with a uniquely designed electronic module that acts as a rate measuring tool. On top of that, the movement has a fine adjustment screw that allows for you to adjust the rate results of the watch yourself. Confused? In short, Urwerk EMC is a watch with a movement you can fine tune yourself (for accuracy) and comes with a built-in tool that measures how accurate it is. Nothing like this has even been done before, and perhaps, no one ever will again.

Watch service people and watchmakers use electronic timing tools to measure how accurate mechanical movements are. When watch movements are produced they are initially “regulated” and things like shock, temperature, etc… can change how well a watch movement is regulated over time. Most watches should be put on timing machines each few years and potentially adjusted by skilled hands. Some hardcore collectors even have their own timing machines. All of this is in the pursuit of knowing just how accurate your watches are, and trying to tweak them a bit. We discussed this much more in our initial article on the EMC watch linked above. 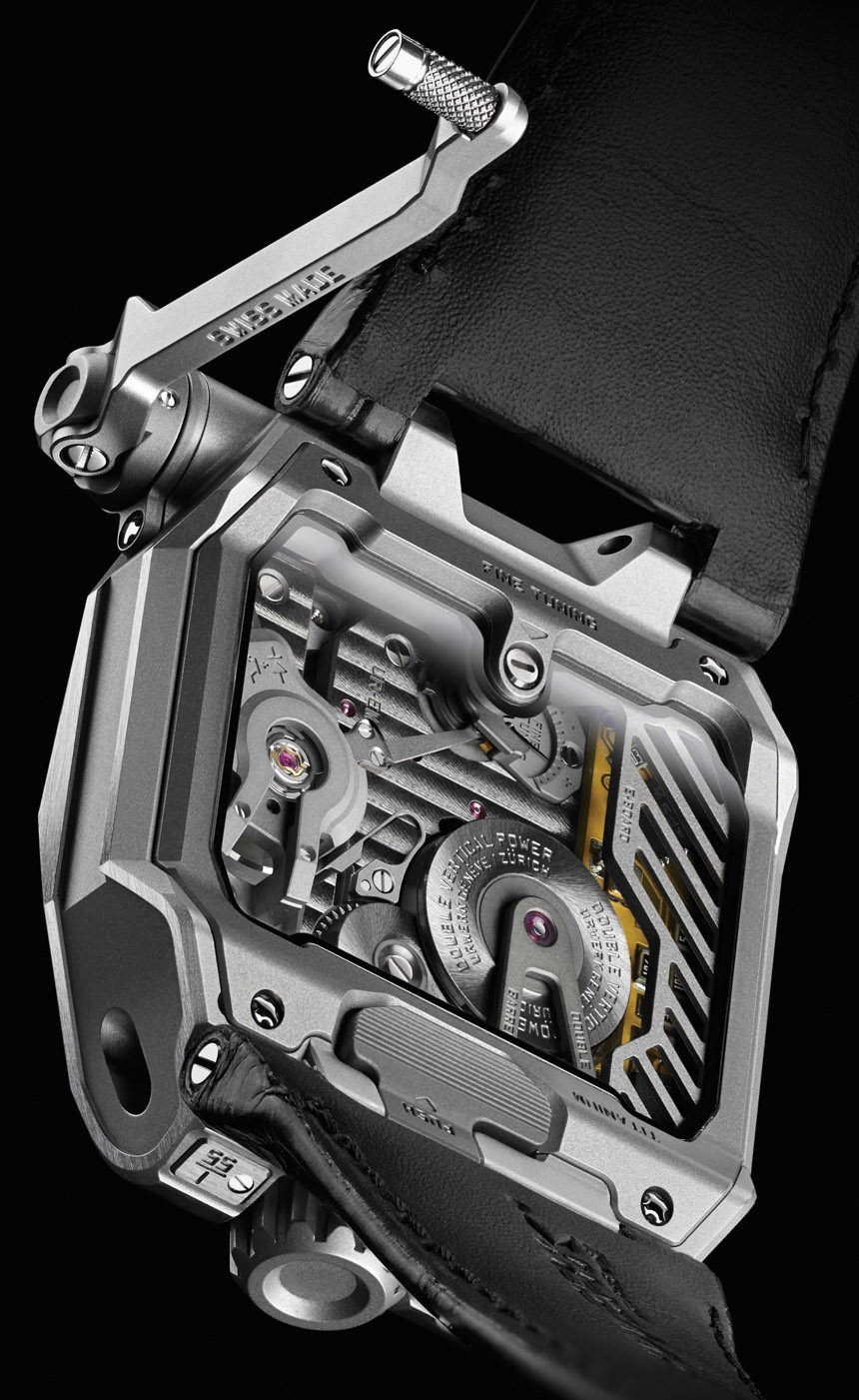 What this means is that offering a set of built-in regulation tools is a bit of a tease because no matter how carefully you measure and adjust the watch, it will only be so accurate. Urwerk of course uses top components and testing practices in producing the mechanical EMC movements. The movements feature 80 hours of power reserve and operate at 4Hz (28,800 bph). While the movements are regulated within “chronometer range,” they still are subject to the basic limitations of a mechanical watch movement. 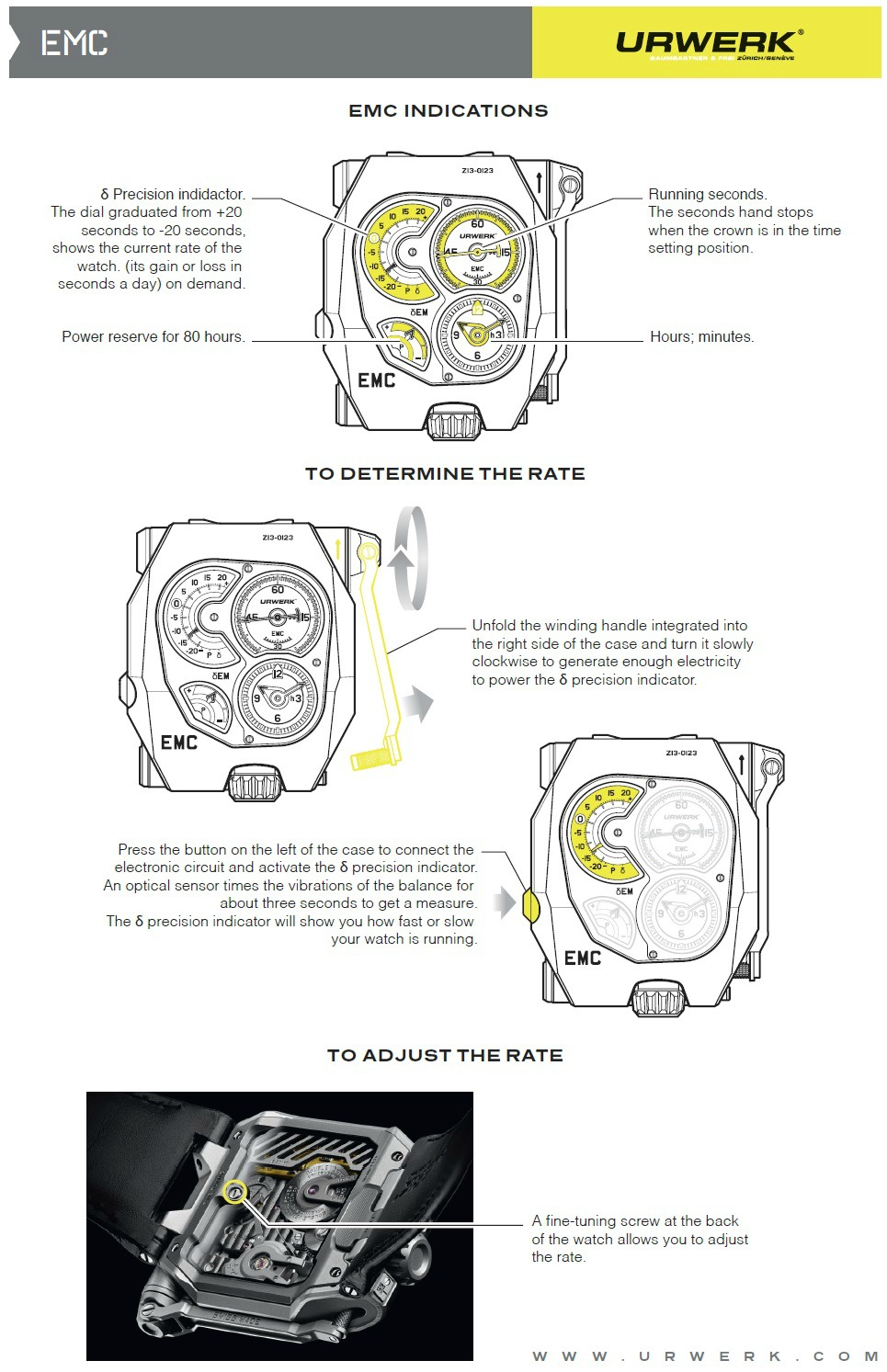 The actual movement of the Urwerk EMC is 100% traditional and mechanical. Though Urwerk design is modern and many of them materials are new and exotic, this is a classic manually wound watch movement. Next to the movement however is the rate monitoring equipment, which is electronic – though Urwerk wanted to make sure the watch had no battery. Why no battery? Because luxury watches don’t have batteries. Instead, there is a capacitor and hand-crank generator that allows you to produce enough energy manually to power the system. It begins with a few cranks (like starting up an old – very old – car) and then pressing a button to begin the timing measurement.

After three seconds of looking at the balance wheel, a small yet sensitive optical sensor calculates the data and a reading is displayed on an analog scale on the dial of the watch. It shows you whether the rate result (in that position) is off by up to plus or minus 20 seconds. The hand crank folds away nicely into the case, and it is a good thing that while there is a small computer in the watch, there is no sign of anything “digital” on the dial. If the watch is off and you think you can adjust it, then a small tool or screwdriver is used to make fine adjustments to the balance wheel via a screw on the back of the watch. 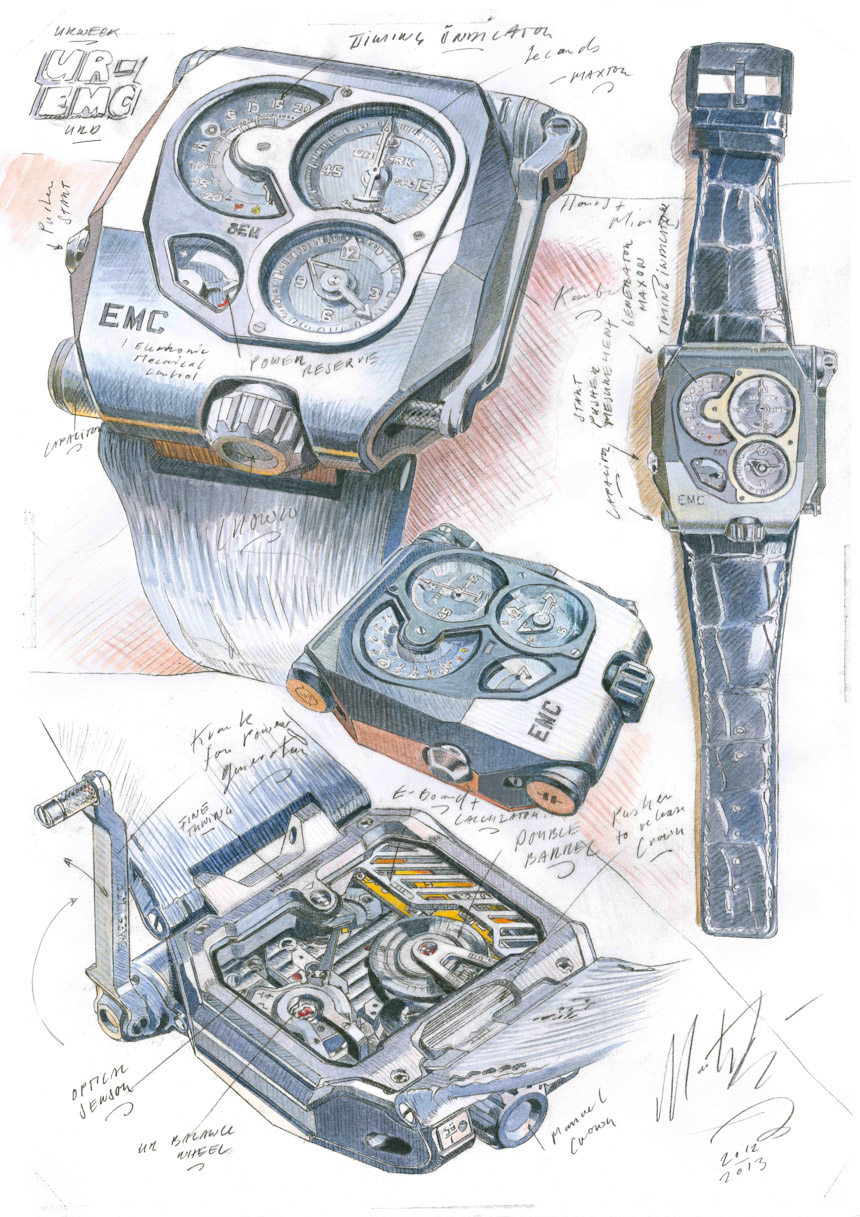 We have to admire the elegance of the system in terms of conceptual execution. Merely being able to produce this watch is a technical feat that Urwerk should be proud of. Though it is difficult to deny the quixotic pursuit of the concept in general. Probably the most important element of the EMC is how it encourages user interactivity. A major theory we have in why mechanical watches are more sought after by collectors than quartz movements is because the human eye can see and admire what makes a mechanical watch work. You can see a balance wheel moving, you can see gears turning. There is something very captivating about viewing and understanding personally how a mechanical watch works. Quartz watches, and items such as phones and computers will never have that type of emotional connection because the internal mechanisms that actually allow them to work are beyond our physical ability to see. We can understand the principles of how they work, and look at the parts, but we can never really see electricity moving through circuits and transistors doing their job. Mechanical watches don’t try to hide their secrets as much.

So Urwerk has taken people’s passion for mechanical watches to a new level by allowing people to tinker with the accuracy of a movement themselves, as well as know how accurate the movement is on the fly. It is of course important to mention that recently watch maker Bulova released its Calibrator collection of watches that also feature the ability to finely adjust their mechanical movement. Though the Bulova of course does not feature a built-in Witshi-style rate result machine.