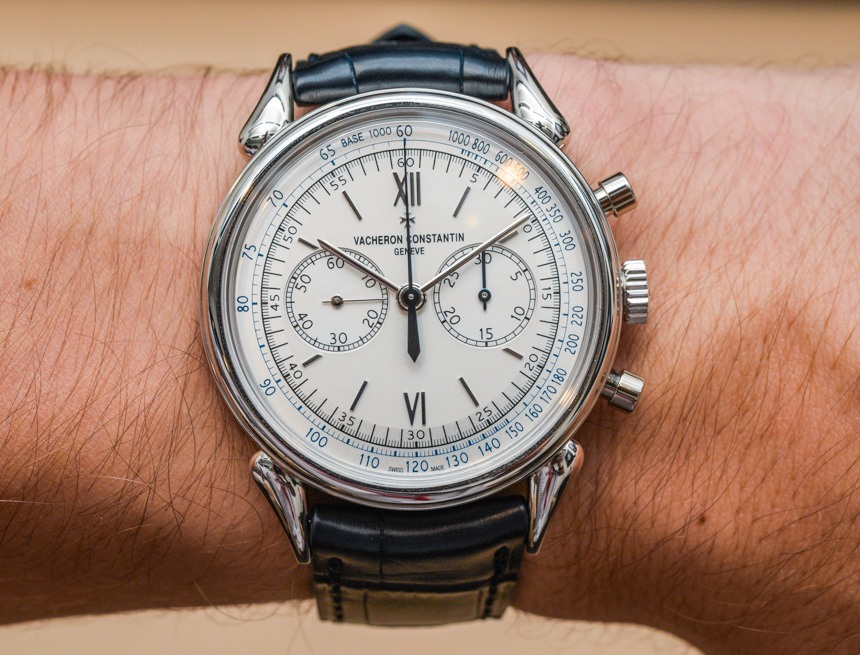 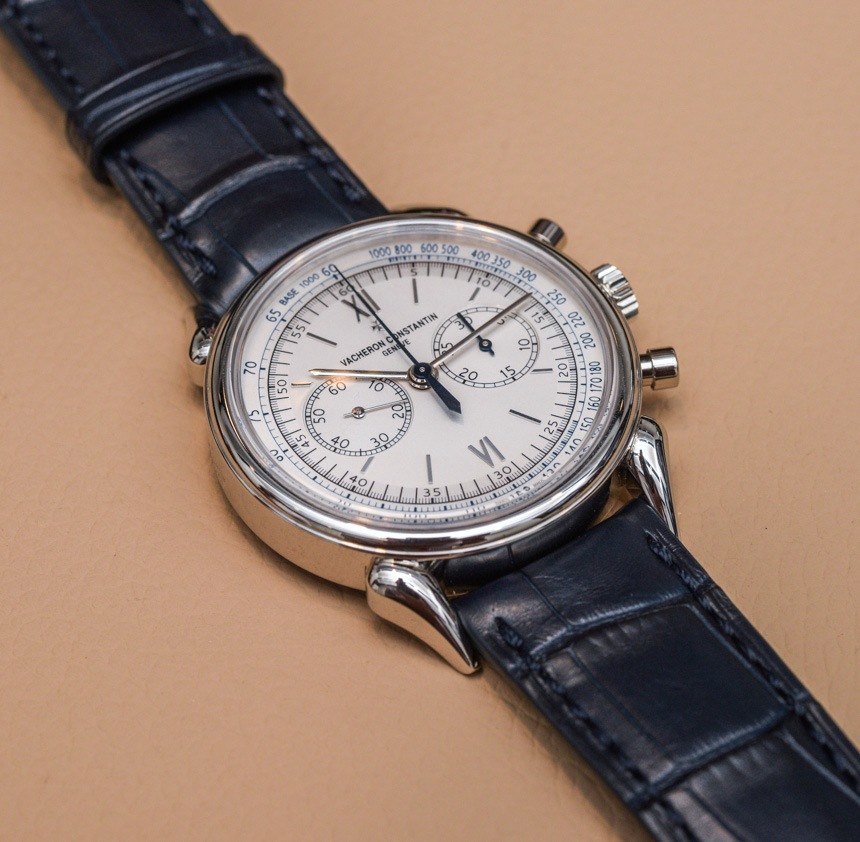 The Historiques collection of Vacheron Constantin comprises some of the cooler and more interesting, “vintage inspired” watches that we have seen lately – and with the Vacheron Constantin Historique Cornes De Vache 1955, the collection has just been expanded by an old-new chronograph; one that should meet most all requirements one could have when it comes to a traditional bi-compax chronograph. Let’s see what’s old and what’s new in this impressive-looking, in-house chronograph. 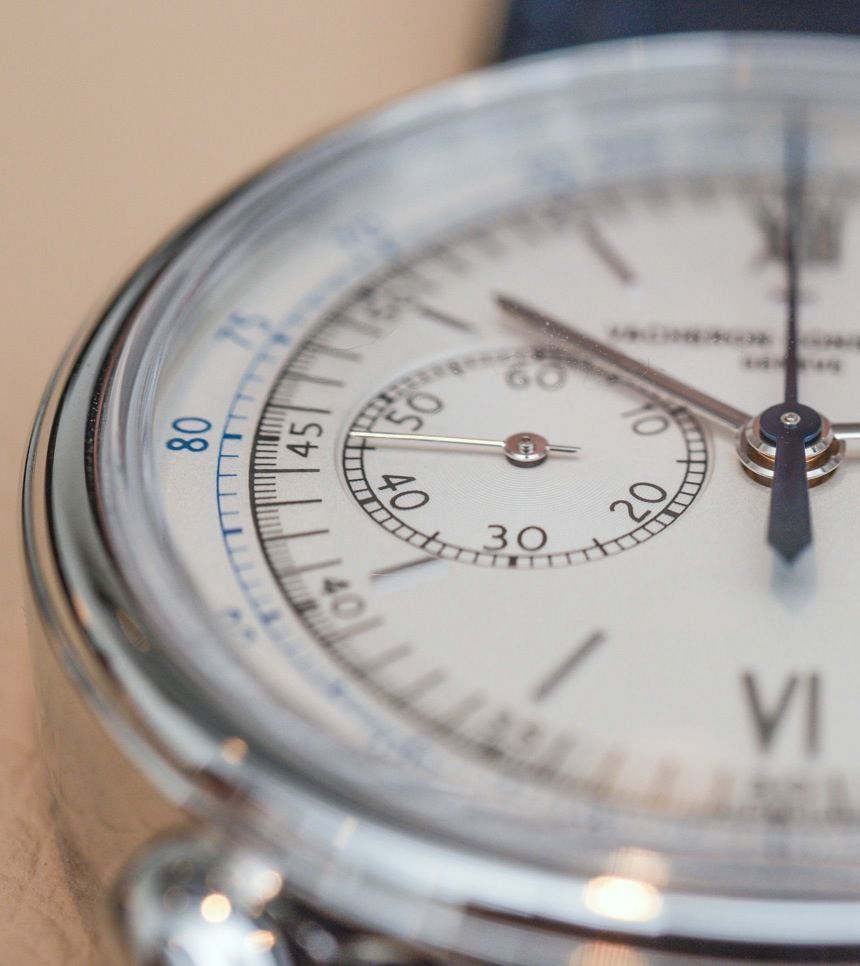 Vacheron Constantin has celebrated its 260 years of uninterrupted history with the Reference 57260 pocket watch that we covered in great detail here – but such a milestone is arguably worthy of more excessive celebrations, and the Historique Cornes De Vache 1955 is released as an “embodiment of a remarkable blend of rigorous technicality and bold creativity”. 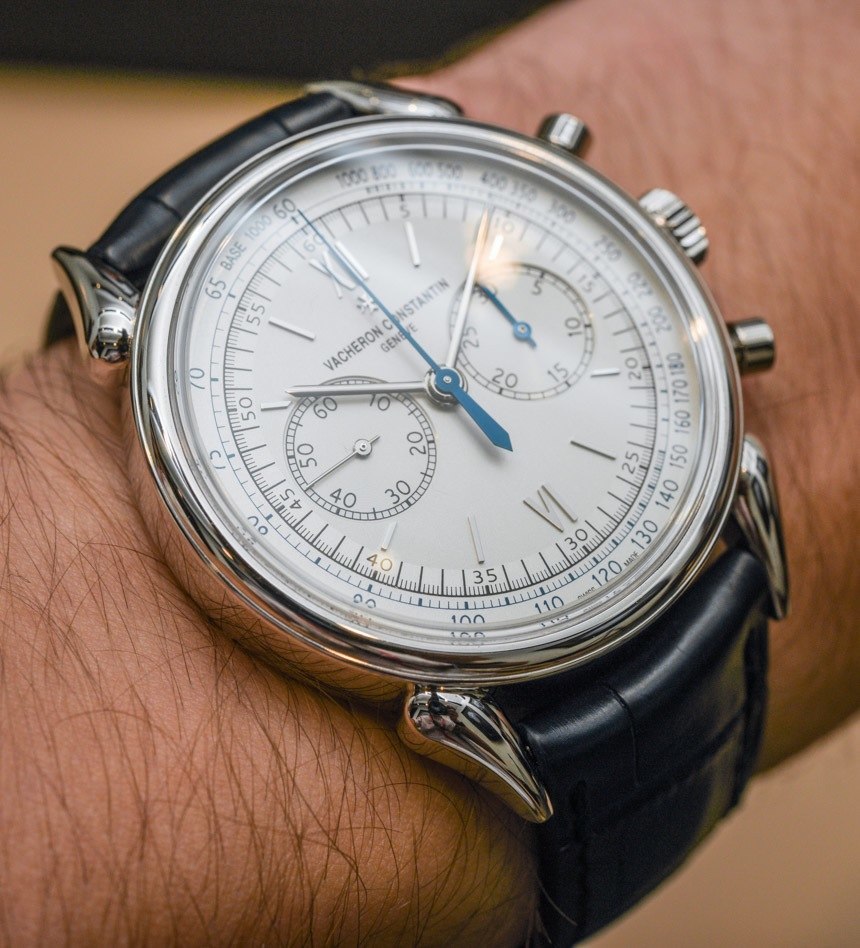 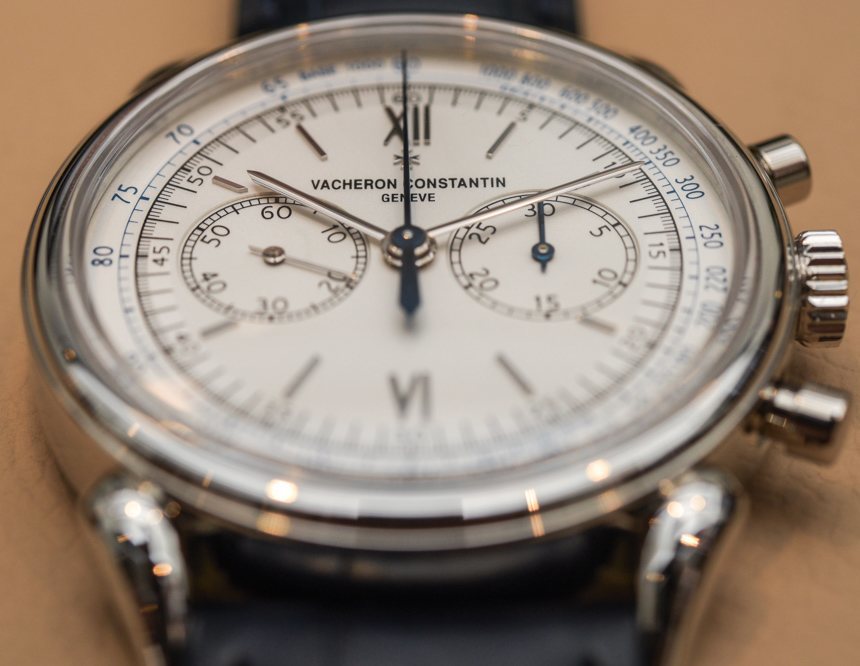 If we were to look at what’s on offer today in the modern luxury watch industry, we could arguably find several pieces that are more bold and/or more technical – but the tasteful charm of old-bold would likely not be present in any of them. This watch is probably more for those eagerly anticipating the latest auction results of a barn-find Ferrari 250 California than those ordering the latest Pagani – and that’s quite alright. 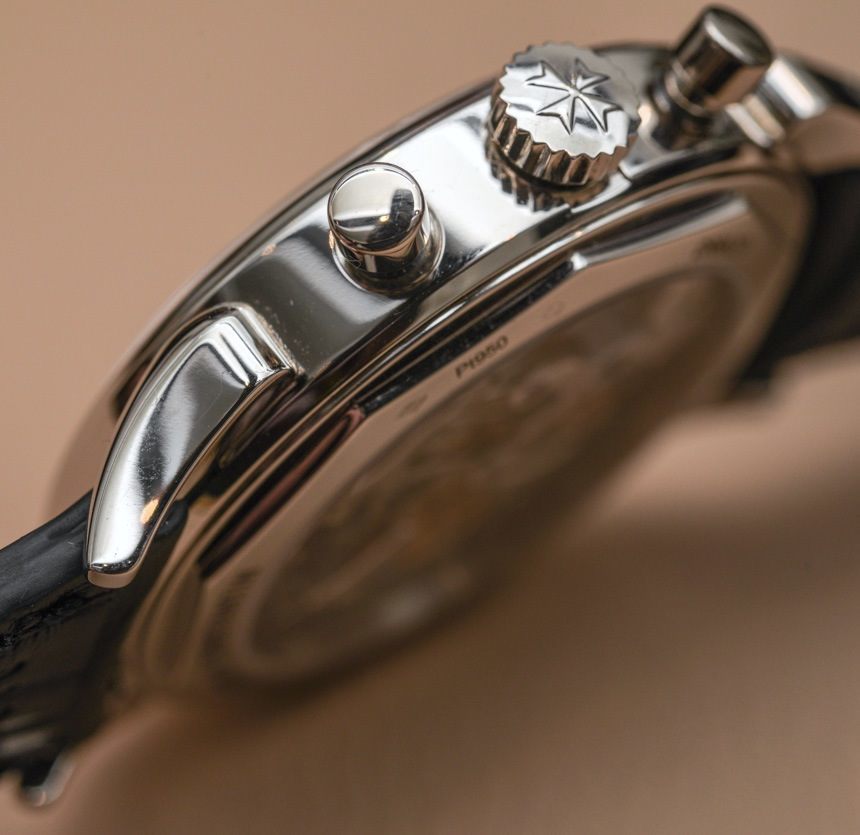 The new Vacheron Constantin Historiques Cornes de Vache 1955 is a contemporary interpretation of the first water-resistant and anti-magnetic chronograph of the manufacture – ironically, the homage has a water resistance of merely 30 meters, with no word on anti-magnetic properties. The original piece had a soft-iron cage, which wraps around the movement to protect it from magnetic fields, and hence makes it impossible to expose it through a sapphire case back; however, some 60 years after the original’s debut, there clearly are a few tried ways of going around that problem. 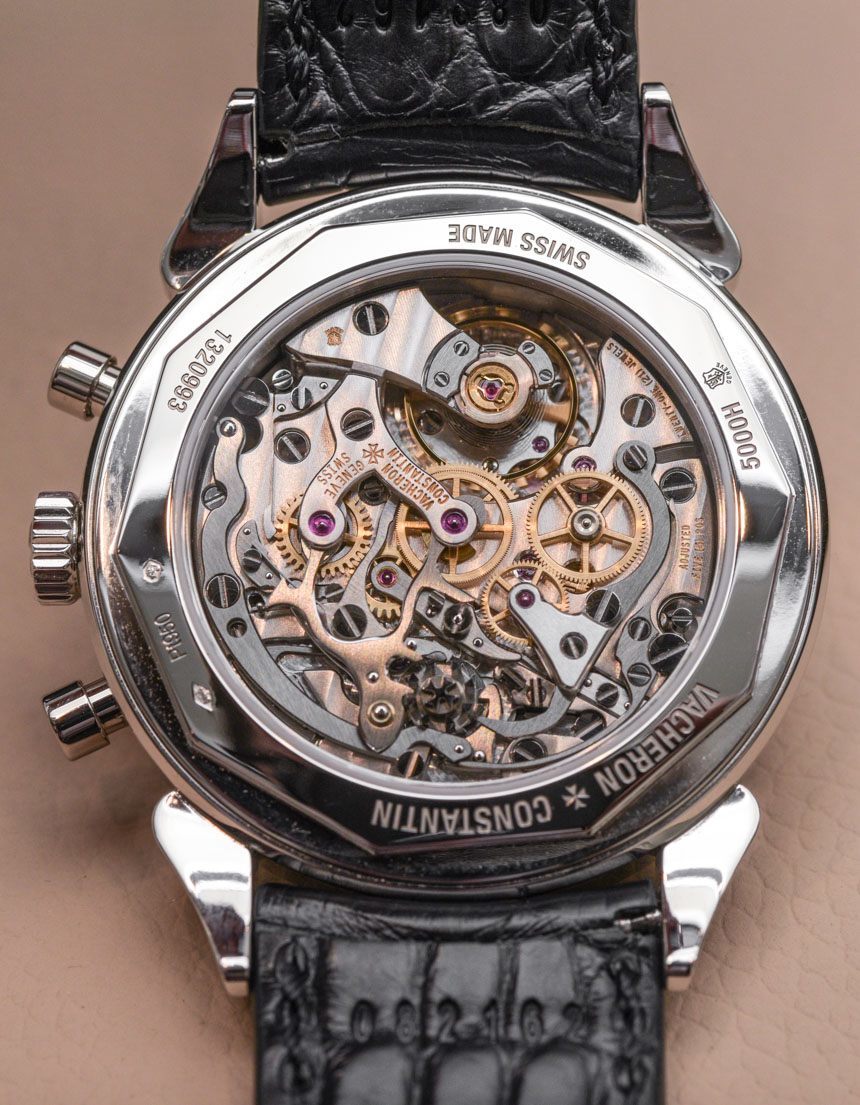 Hiding the movement would, of course, be a shame – it is an exemplary traditional column wheel chronograph movement, something that should always be on show. This layout is something that has been around for ages – and that should stay around for even longer, for it is one of the most recognizable, iconic movement layouts ever created. The only twist we see here is the Maltese cross on the column wheel – everything else is as “historique” as it gets. 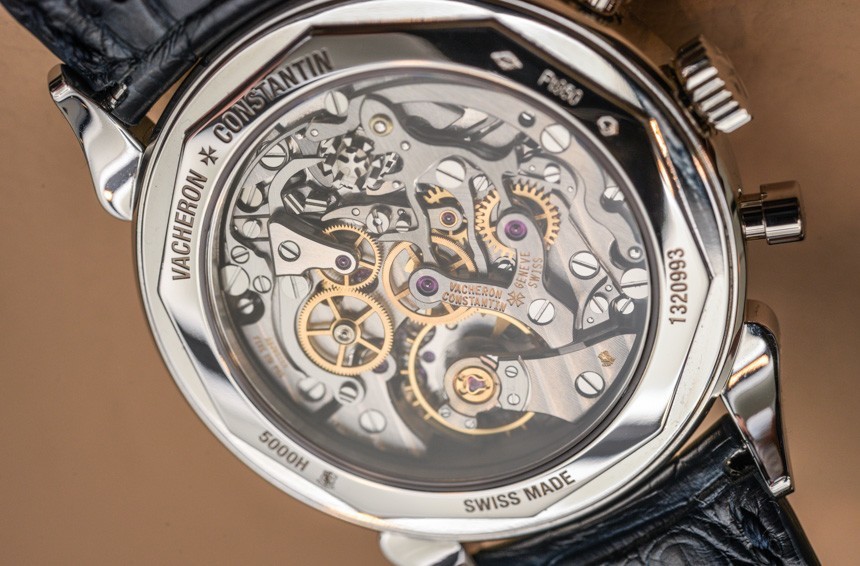 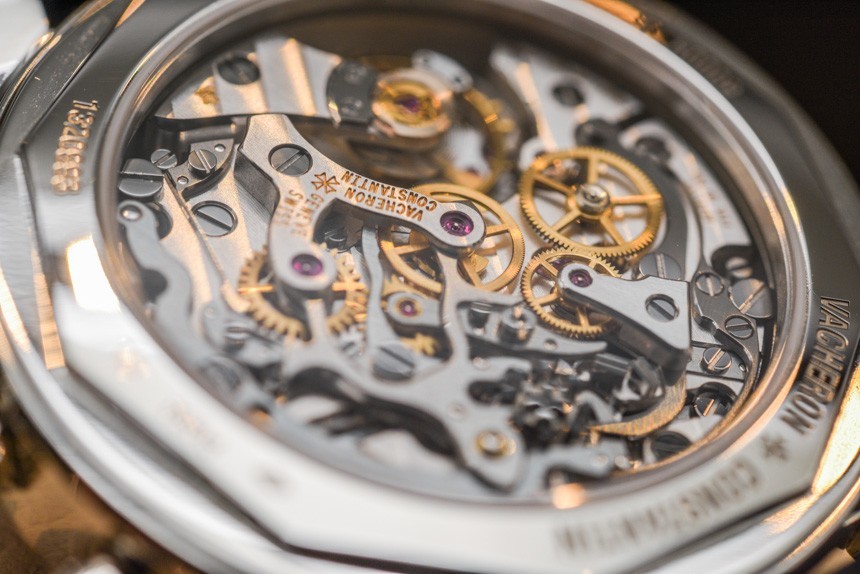 Arguably, an escapement with silicon parts would have granted better anti-magnetic properties and that drop of purple-blue would hardly be noticed; and so it would be timely to, generally speaking, more often encounter a tasteful and practically useful blend of modern and traditional in watch movement construction. “In 1877, the Geneva-based Manufacture presented its first pocket chronograph. Ever since, it has tirelessly perfected this demanding complication (…)” – says Vacheron Constantin.

When you are part of one of the most powerful luxury groups, and are the Manufacture with the longest uninterrupted history, tireless development of any complication should be made tangible in one way or another. The stellar-looking Calibre 1142 runs at 3 Hertz (balancing between the more ancient 2 Hertz and the modern 4 Hertz frequencies) and offers 48 hours of power reserve. The fact that it is a heart-breakingly beautiful hand-wound chronograph movement cannot be questioned – but tireless developments have arguably come to a halt a few decades ago. But that just goes to show, that reading the time from the face of the Historiques chronograph is much more rewarding than reading the brand’s press release about it. 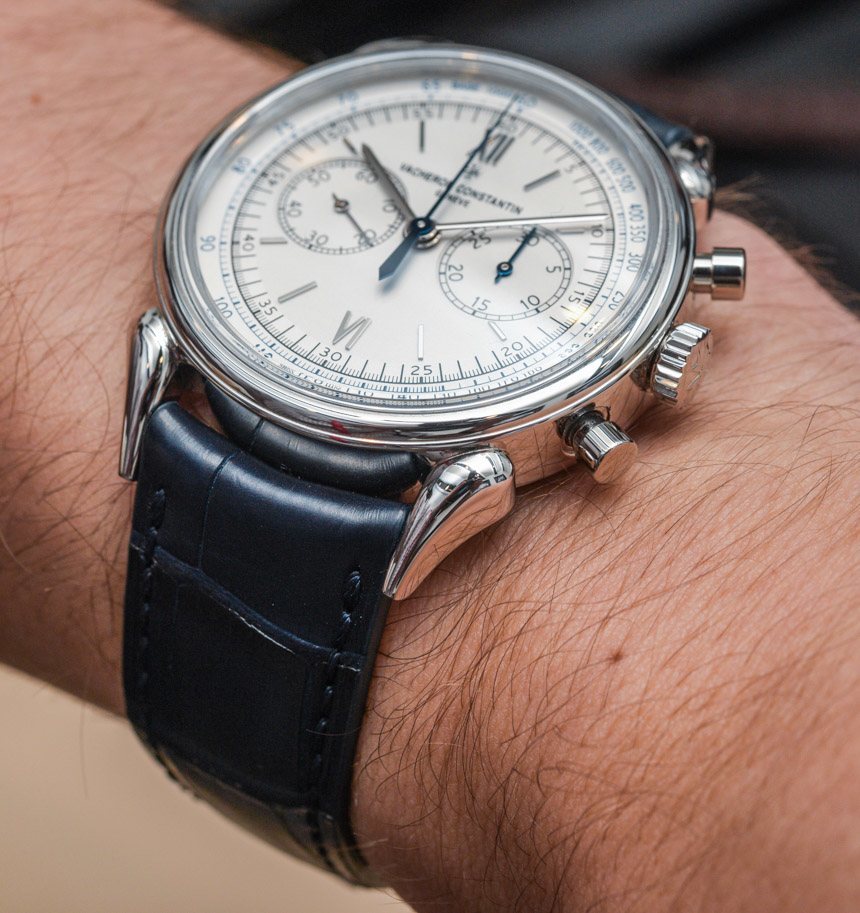 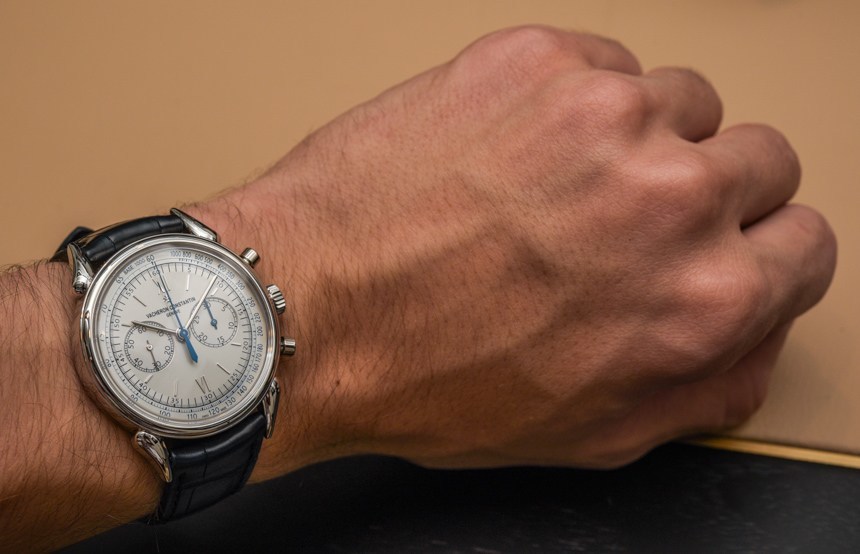 Speaking of the former, the silvered opaline dial with 18k white gold hour markers looks timelessly elegant with terrific proportions all around. The 38.5 millimeter wide, round case in Platinum 950 features “iconic cow-horn” lugs, the design feature that made the original, Vacheron Constantin Reference 6087 so bold over half a century ago. While that piece was in yellow, as noted, this new iteration gained 3.5 millimeters in diameter and is now in platinum – thanks to the moderate size it does not feel too heavy or uncomfortable. 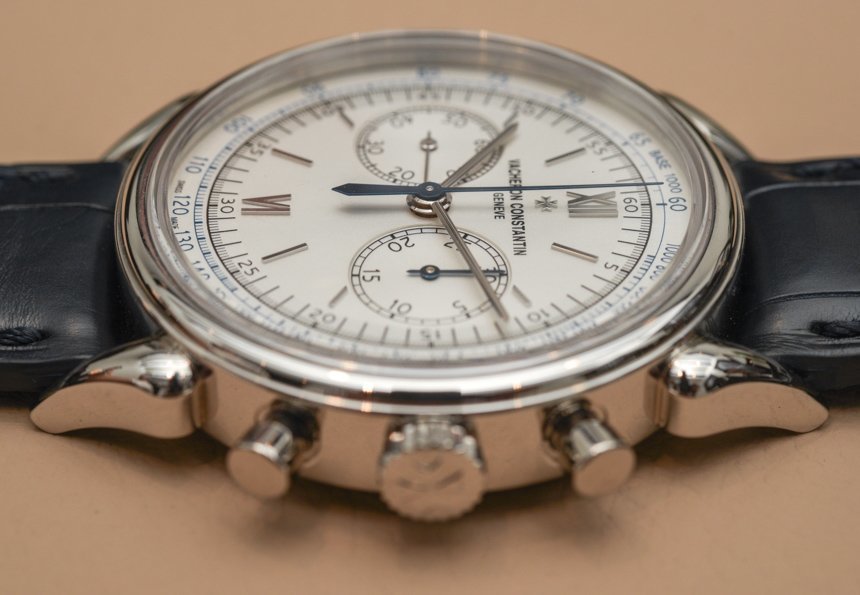 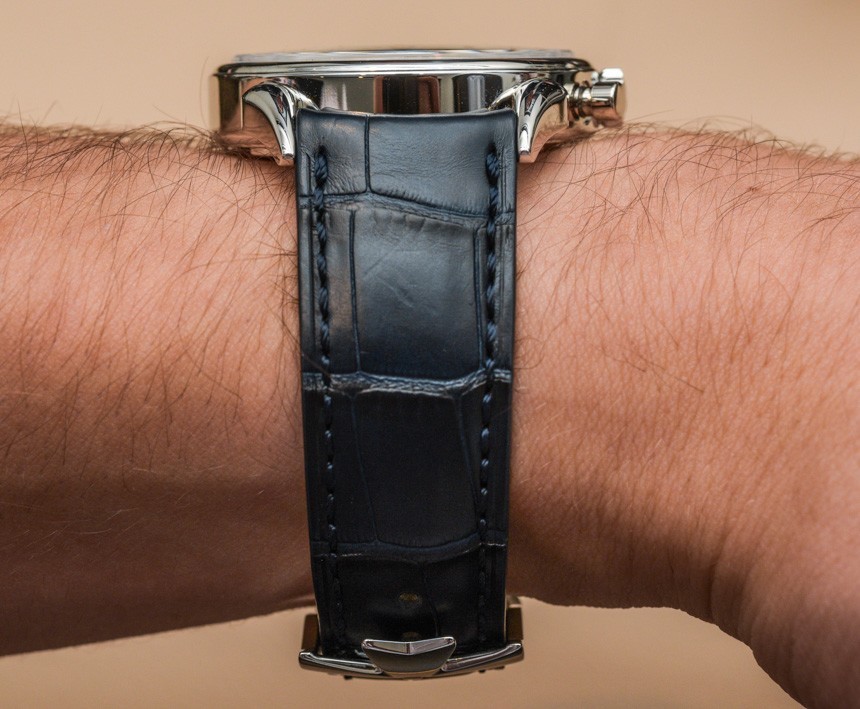 Wrapping the wrist with a dark blue “Mississippiensis” aligator leather strap with saddle-finish and large square scales, one gets the feeling that this watch really is a piece that could be coming from the middle of the 20th century just as well as the middle of last week. The fit on the wrist is perfect, no sharp edges on the lugs to dig into the wrist, and the “mushroom-type” pushers – which are more frequently referred to as piston-type – work with a very confident and crisp click, adding to the wearing experience… 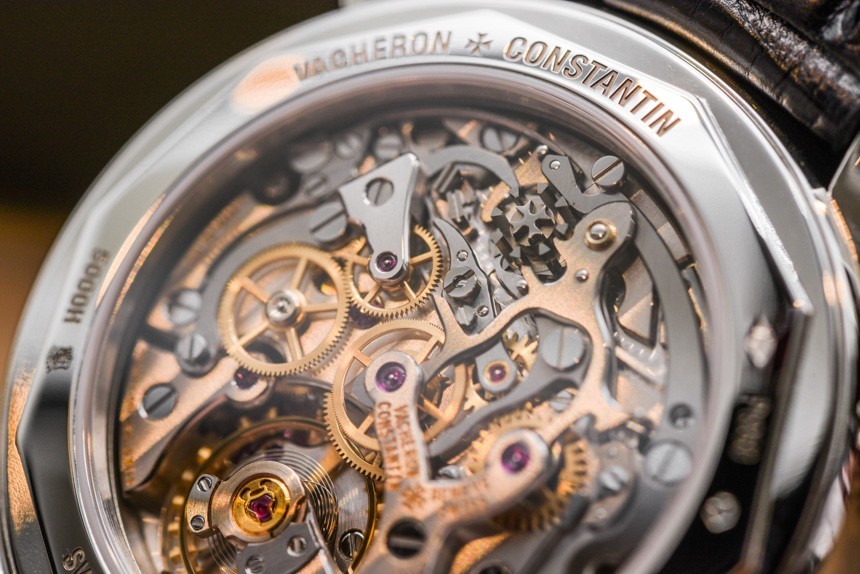 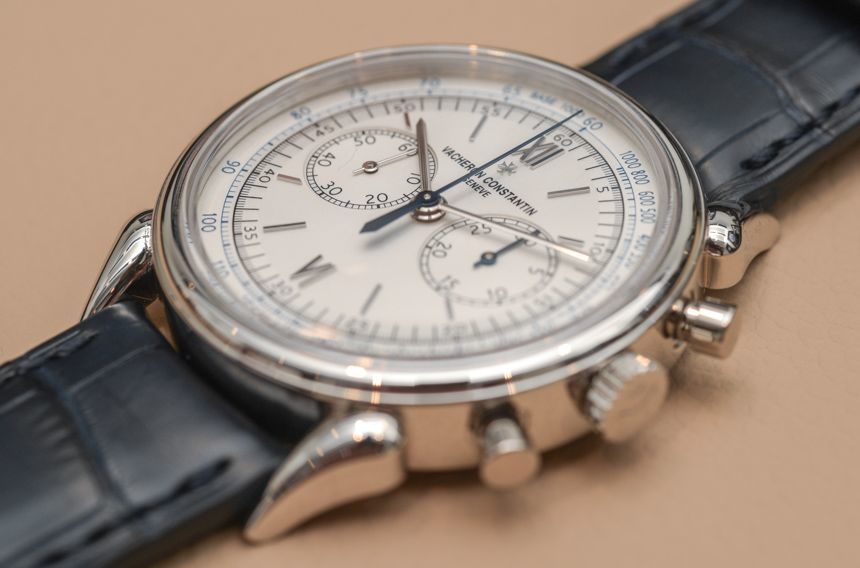 …and as the pusher at 2 o’clock clicks, the column wheel turns, and the horizontal clutch of the 164-component chronograph movement engages, one does tend to forget about the Vacheron Constantin Historique Cornes De Vache 1955’s shortcomings when it comes to paying true homage to the original from sixty years ago. The design with the curved lugs, the straight indices, and the blue of the chronograph hands and tachymeter scale is as timeless as is the 38.5mm size – too bad it all comes at a price of around $75,000. vacheron-constantin.com