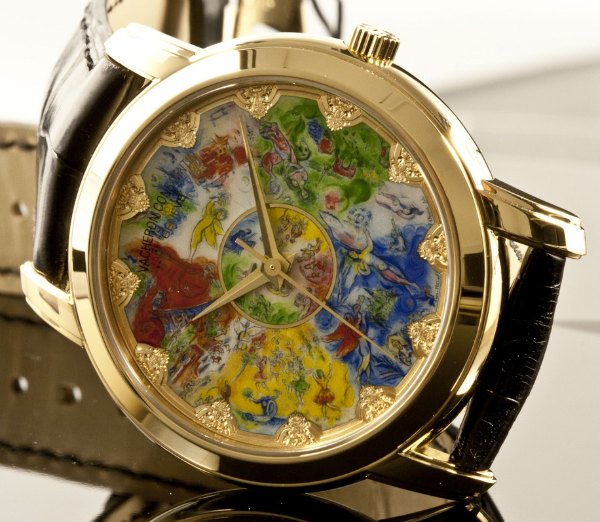 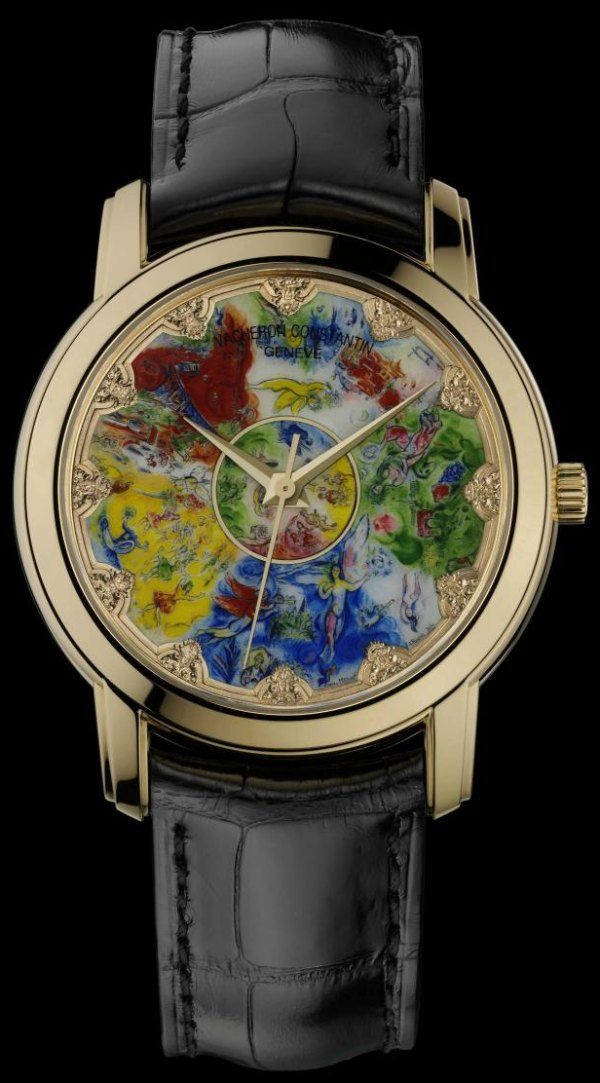 Nice watch, but you can’t buy it. No one can. Vacheron Constantin paid a lot of money to make this watch, and they are keeping it for themselves. I guess they enjoy it too much to part with it? Maybe. More likely, the special March Chagall ceiling watch will be on permanent exhibition, traveling around to show off VC’s stuff. For the last few years, since 2007, Vacheron Constantin has held a partnership with the l’Opera de Paris (Paris Opera House), and is here making an additional claim on that relationship by reproducing the famous Marc Chagall ceiling from the opera house on a watch dial.

I first wrote about this piece here where I was quickly able to decipher what Vacheron Constantin was up to. It was easy to tell that VC wanted to reproduce the ceiling on a watch dial in enamel. You have to realize that the 200-meter-wide ceiling needed to be hand replicated on a 31mm wide watch dial. The ceiling is quite the epitome of Chagall’s style and was completed in 1964. It took Swiss enamel artist Anita Porchet 3.5 months to complete the dial. All hand painted, it needed to go through various baking processes at the end to make it just right. This is an example of grand feu enameling. 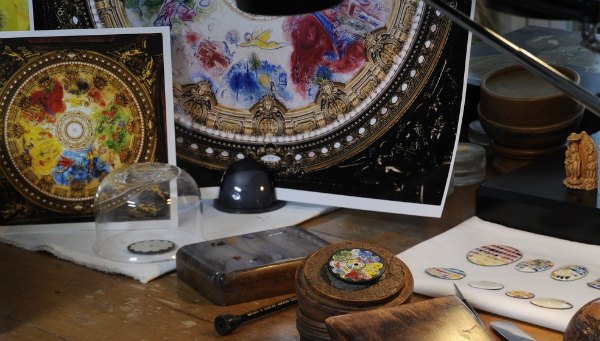 The dial wasn’t even around, but shaped more like a gear. It needed place for the “frame” of faces to go around it – just as is the case in the Opera house. In gold, this frame also needed to be hand engraved. Note that each of the faces (the “nymph heads”) has a different expression on its face – something that needed to be reproduced on the watch. 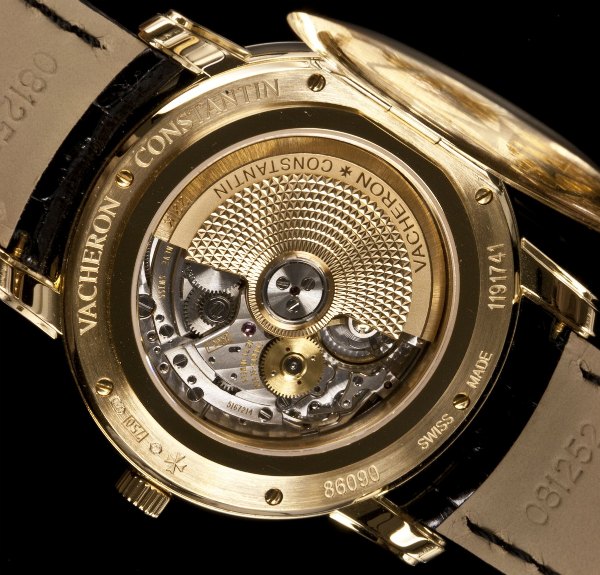 Ok so why all the effort for just a showpiece that you can’t buy? Well that isn’t exactly true. First, as people who know VC understand, go to them with a special request and with enough dough they will make it for you. Second, Vacheron Constantin will be making an addition 14 limited edition piece unique watches called the “Tribute to Famous Composers.” These watches will be done in the same style and all be part of VC’s Metiers d’Art collection. While they won’t have the same Marc Chagall Opera House ceiling dials, they will have other nice grand feu enamel creations on them. VC hasn’t released info on any of these yet. 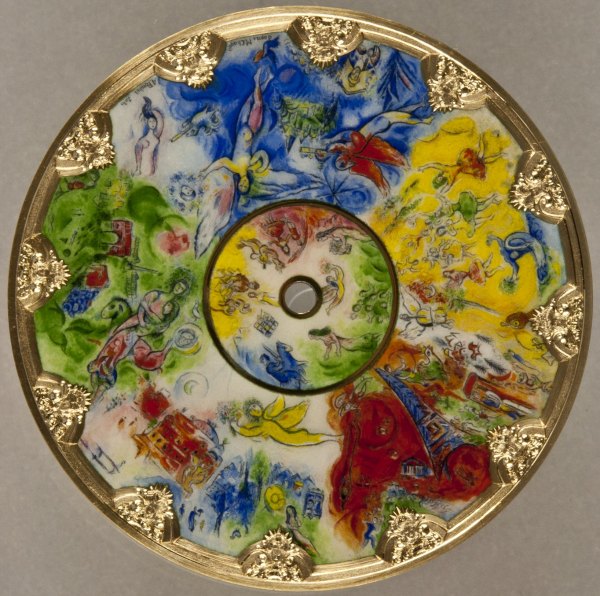 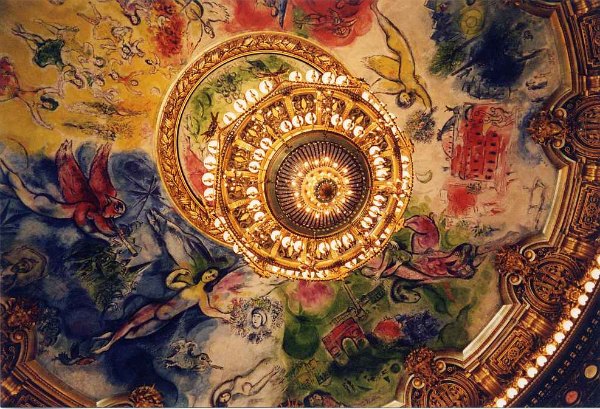 The watch case here is in 18k yellow gold and 40mm wide. The caseback of the watch opens like a pocket watch to review a sapphire exhibition back showing an in-house made Vacheron Constantin caliber 2460 automatic mechanical movement. Nice looking watch overall. Not necessarily my personal style, but I love it when fine arts goes “watch dial” – and Vacheron Constantin never holds back when it comes to execution.

Some images used with permission from TheHourLounge.com.