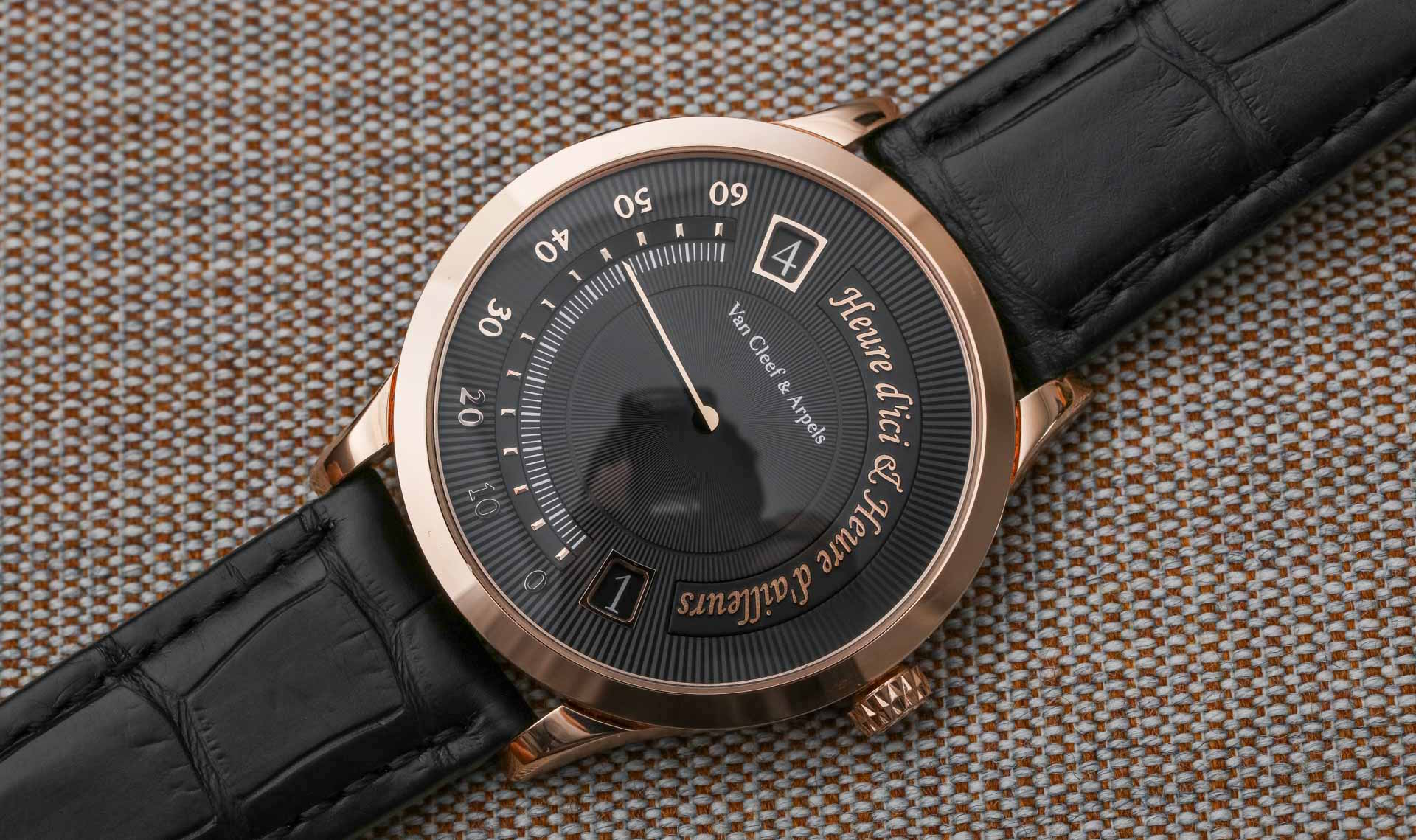 The Van Cleef & Arpels Midnight Heure d’Ici & Heure d’Ailleurs watch refresh flew under the radar at SIHH 2018 but immediately drew me in by adding a needed degree of “wearability” to the already super-niche timepiece. The last time we took a look at a men’s Heure d’Ailleurs watch, it was housed in the round case featuring the “T-bar” lugs which was absolutely elegant but far too formal. I love that VC&A (who are obviously aware that these timepieces will only be seen by a fraction of the .01%, let alone worn by) thought to add a “Midnight” case version in addition to the older “Pierre Arpels” version of the watch that translates to “Time Here & Time Elsewhere.” 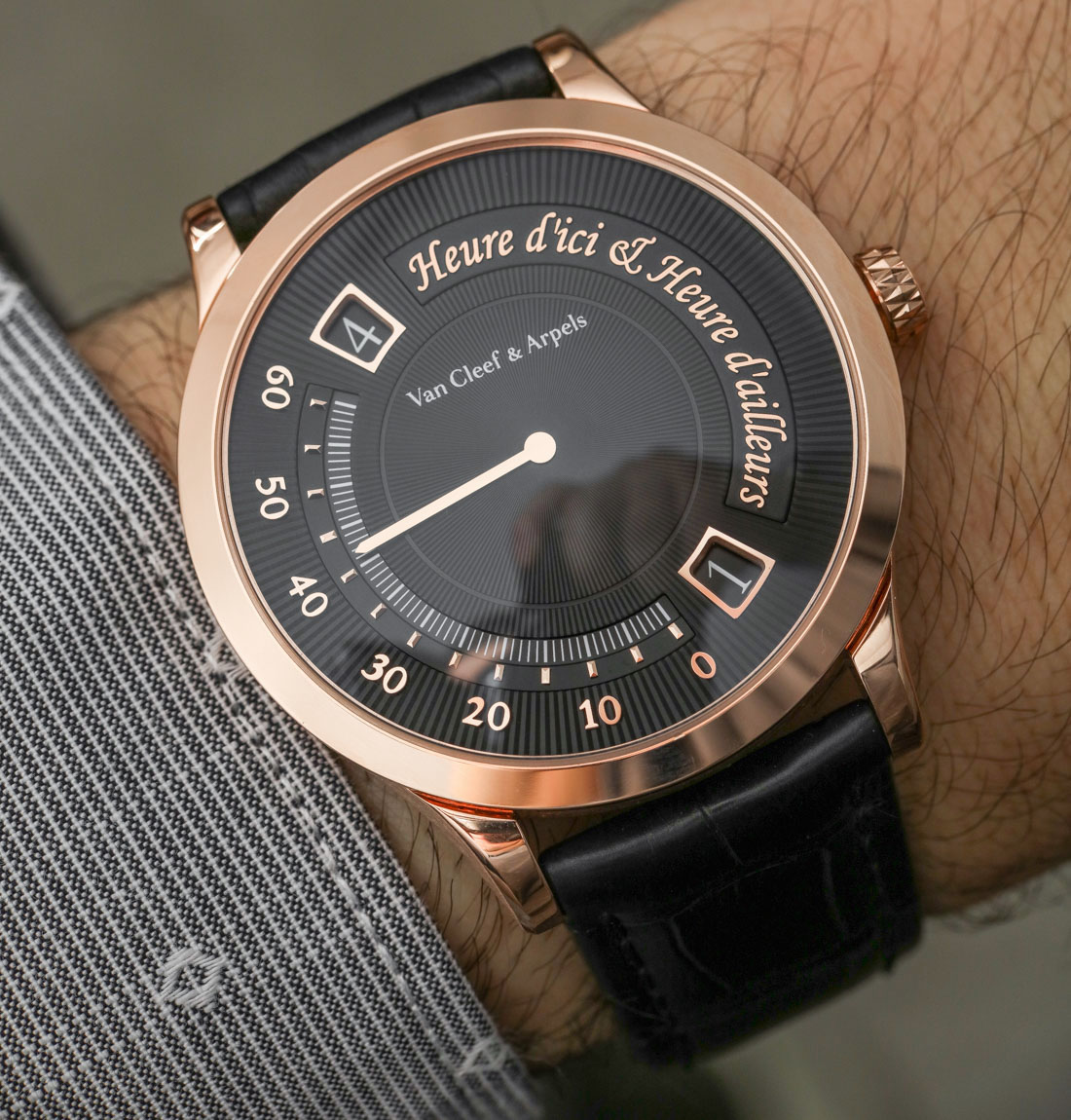 The reason for this name is that the watch has a dual time zone in addition to its jumping hours and retrograde minutes layout. The Midnight Heure d’Ici & Heure d’Ailleurs is housed in a pink gold case that measures the same 42mm wide as the Pierre Arpels model, but with that more masculine case that makes for a timepiece that I can honestly see someone wearing pretty frequently. Or at least without formal evening wear. 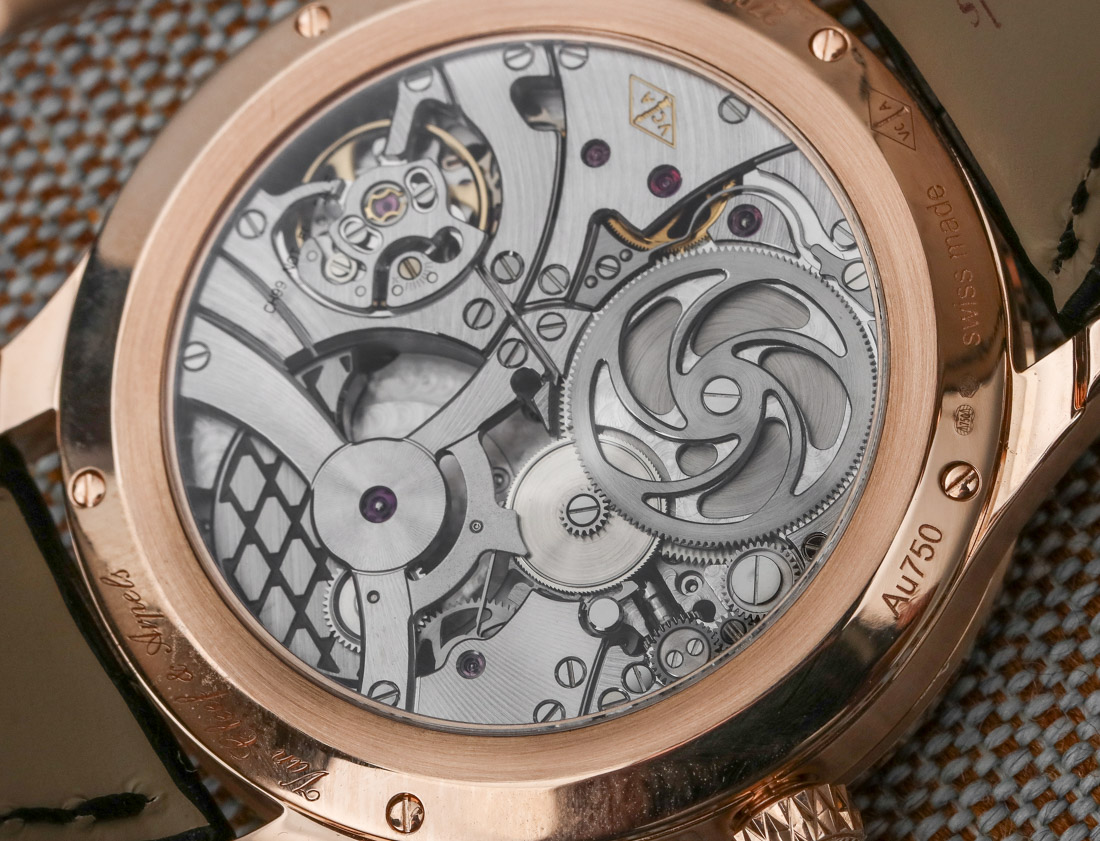 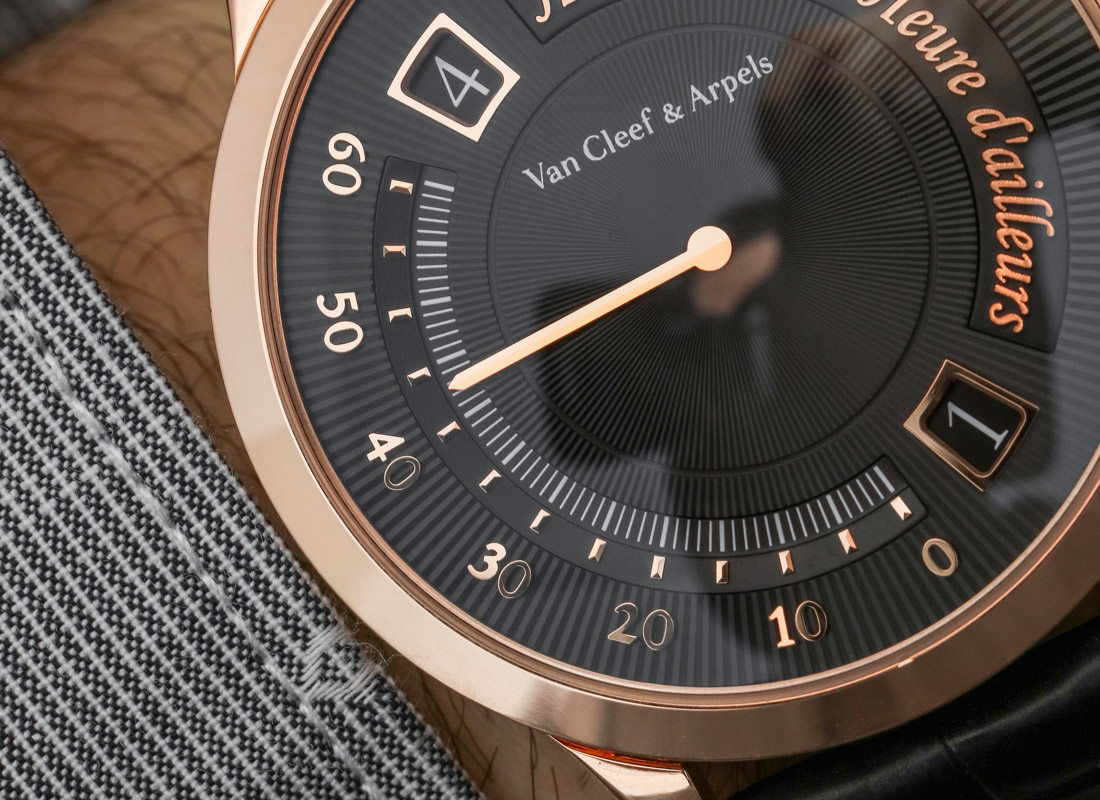 The Midnight Heure uses the same movement that VC&A developed with Agenhor, featuring that fuck-off platinum bidirectional-winding rotor that makes the view from the exhibition case back even more impressive in the Midnight case. This movement achieves a 48-hour power reserve, and it looks absolutely stunning when viewed from the case back. But, it’s really all about how VC&A took the three concepts of a dual time zone, retrograde minutes, and jumping hours and synthesized them into something so easily readable and practical. Other brands would have taken the idea into an unnecessarily over-the-top watch, which makes the satisfaction of the ease of use here doubly wonderful. 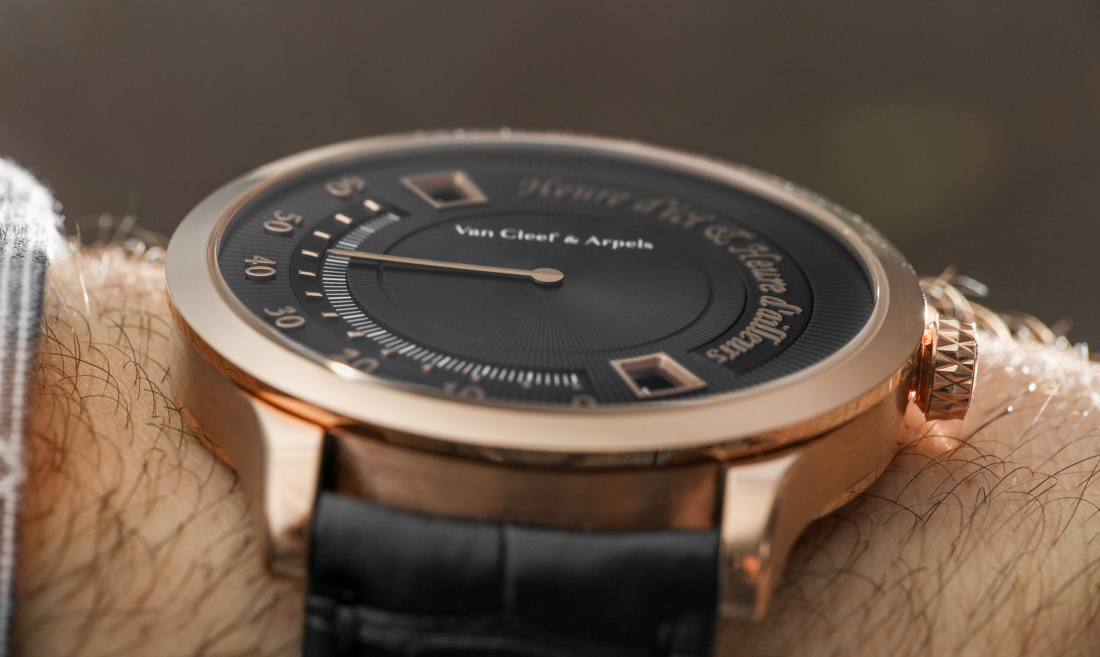 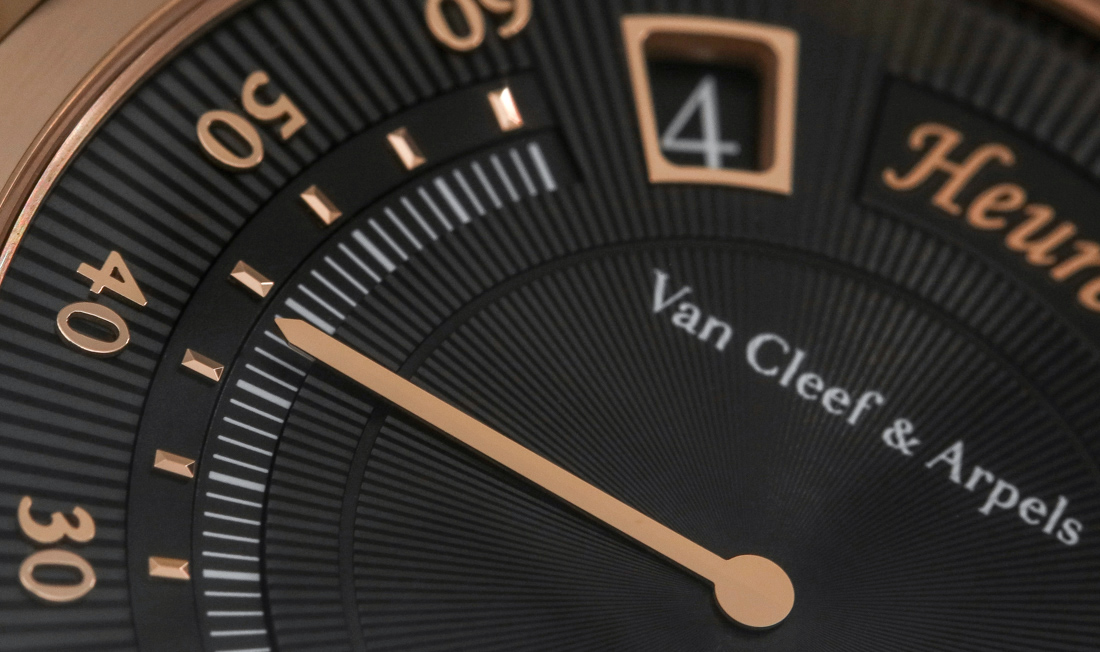 Let’s get to the dial, which simultaneously impresses me and wildly disappoints me. That a dual time zone watch with jumping hours and retrograde minutes is so simple and minimalist is a design feat that I am smitten with. The way you read the dial is so simple, the apertures at 11 and 4 o’clock show the hour for two different time zones while the retrograde minutes hand jumps back to 0. Once every sixty minutes when the hour jumps, the minutes hand and hour windows jump simultaneously. 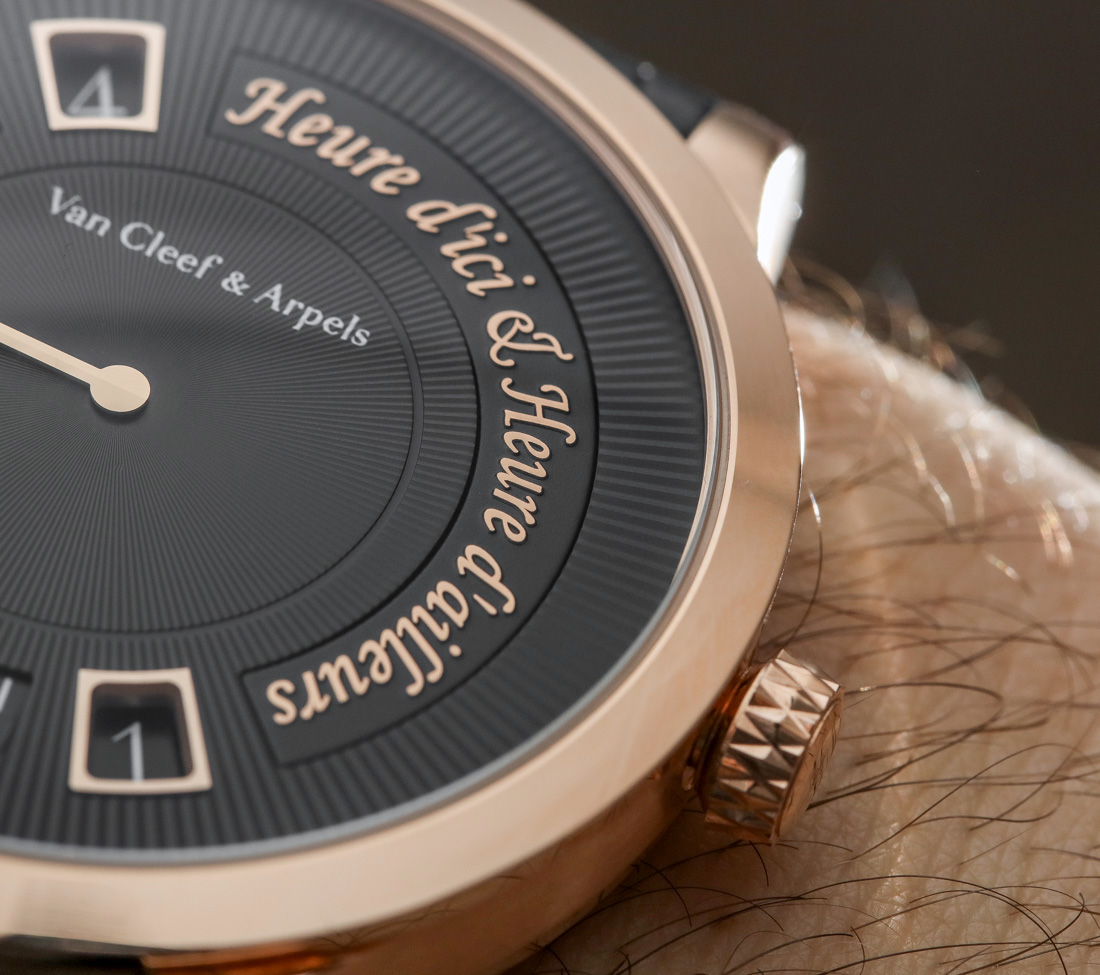 What’s the bad with the dial? Most of you will have guessed (or commented) by now that the italicized text reading “Heure d’Ici & Heure d’Ailleurs” that parallels the retrograde minutes track is… a lot. The otherwise fantastic design of the watch dial perfectly contrasts the fact that you are wearing a gold watch from a brand associated with international mega-luxury. It’s like a great pair of shoes with superfluous tassels that you wish you could just hit the delete key on. 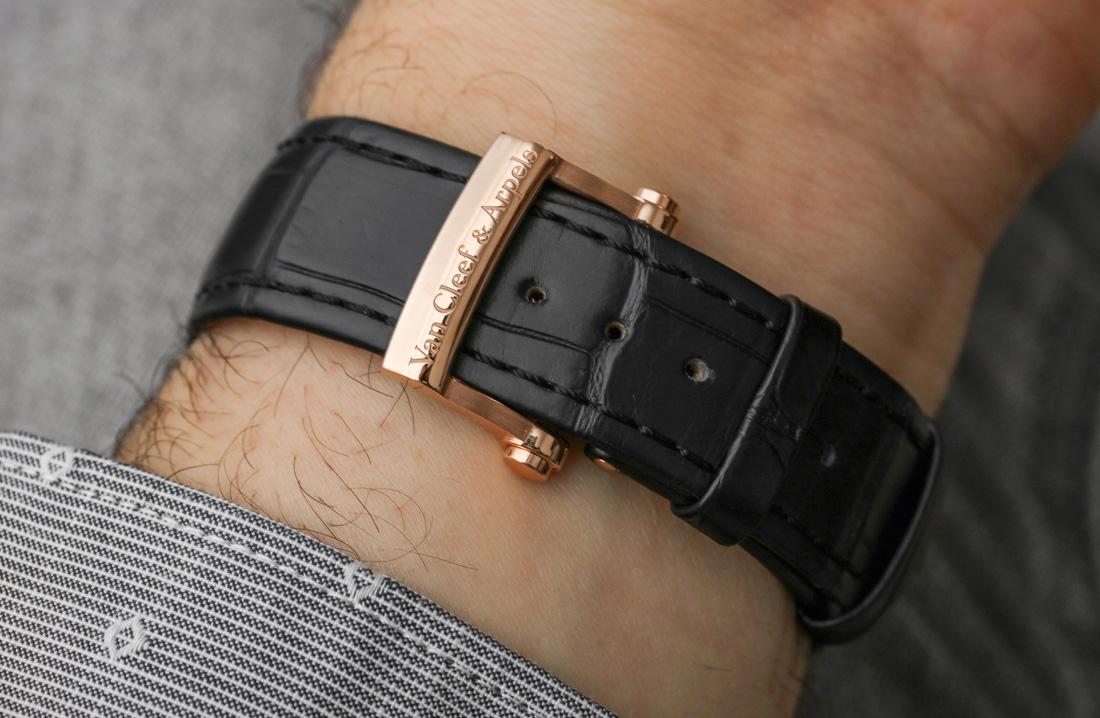 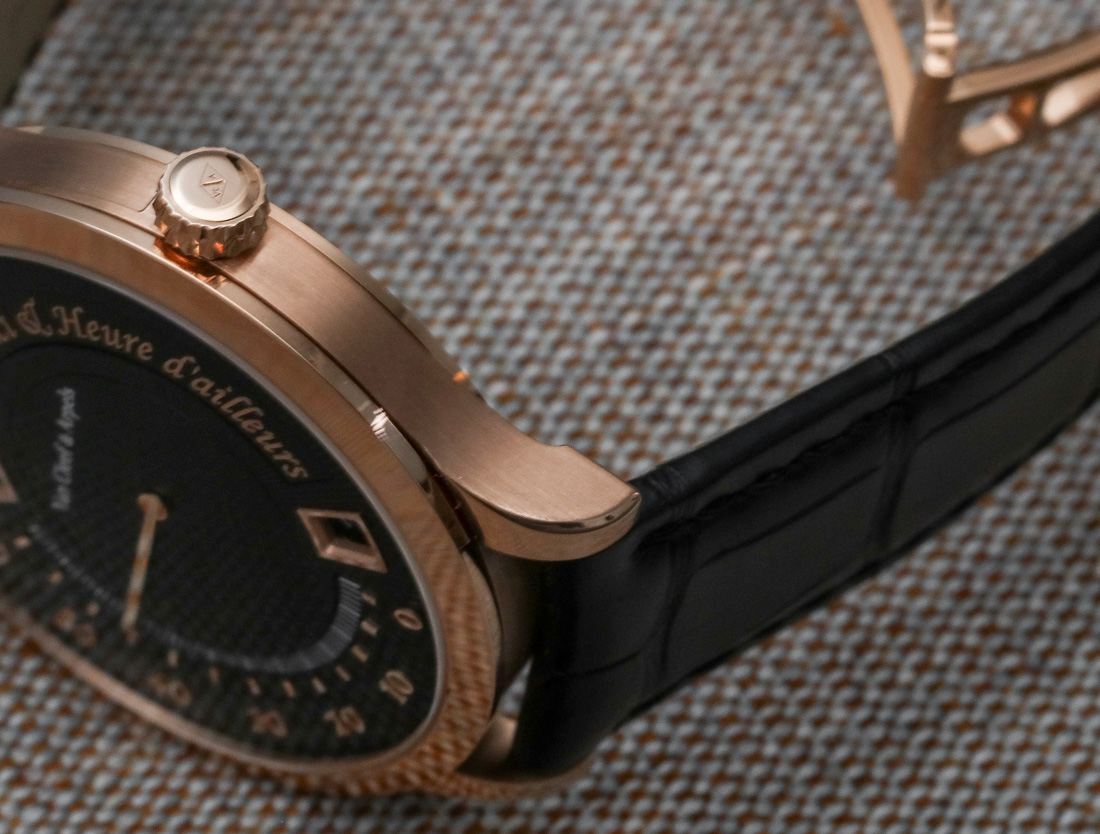 VC&A is a tough brand to totally nail down when it comes to understanding their men’s watches. Obviously, they make some of the most beautiful and iconic jewelry and women’s pieces in the world but this watch could just as likely end up on the wrist of someone who doesn’t own any other watches but fell in love with the piece or as a “Why the hell not” piece in the collection of a prolific watch enthusiast. Either way, it’s one of the most show-stopping traveler’s watches I’ve seen in some time. 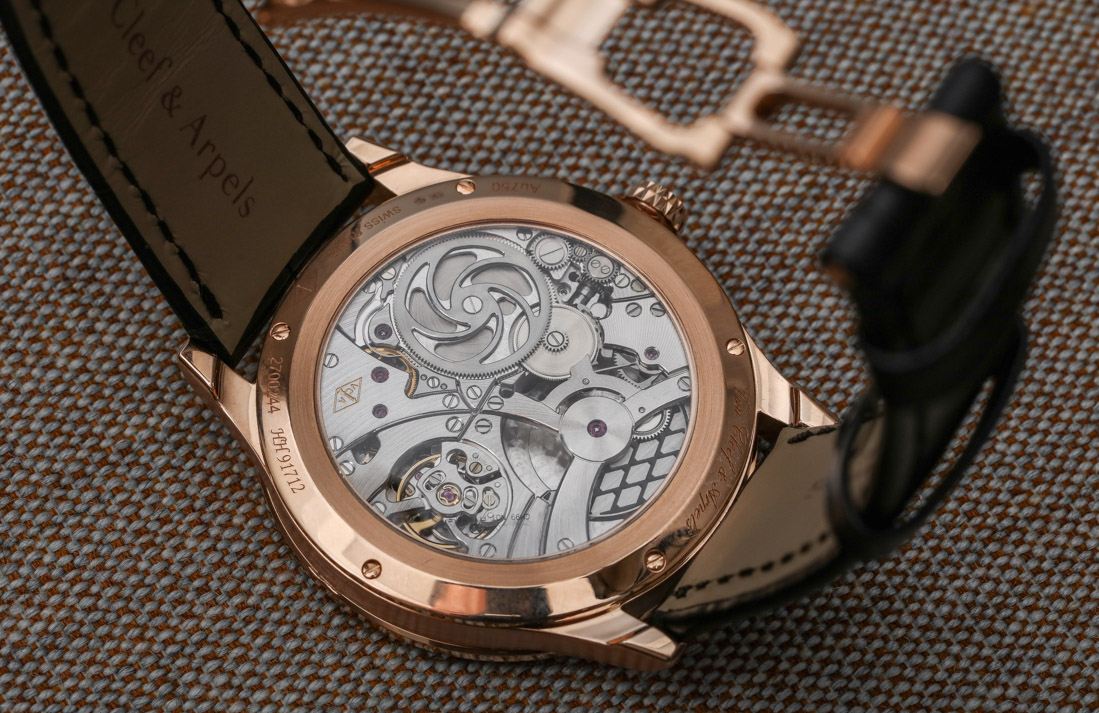 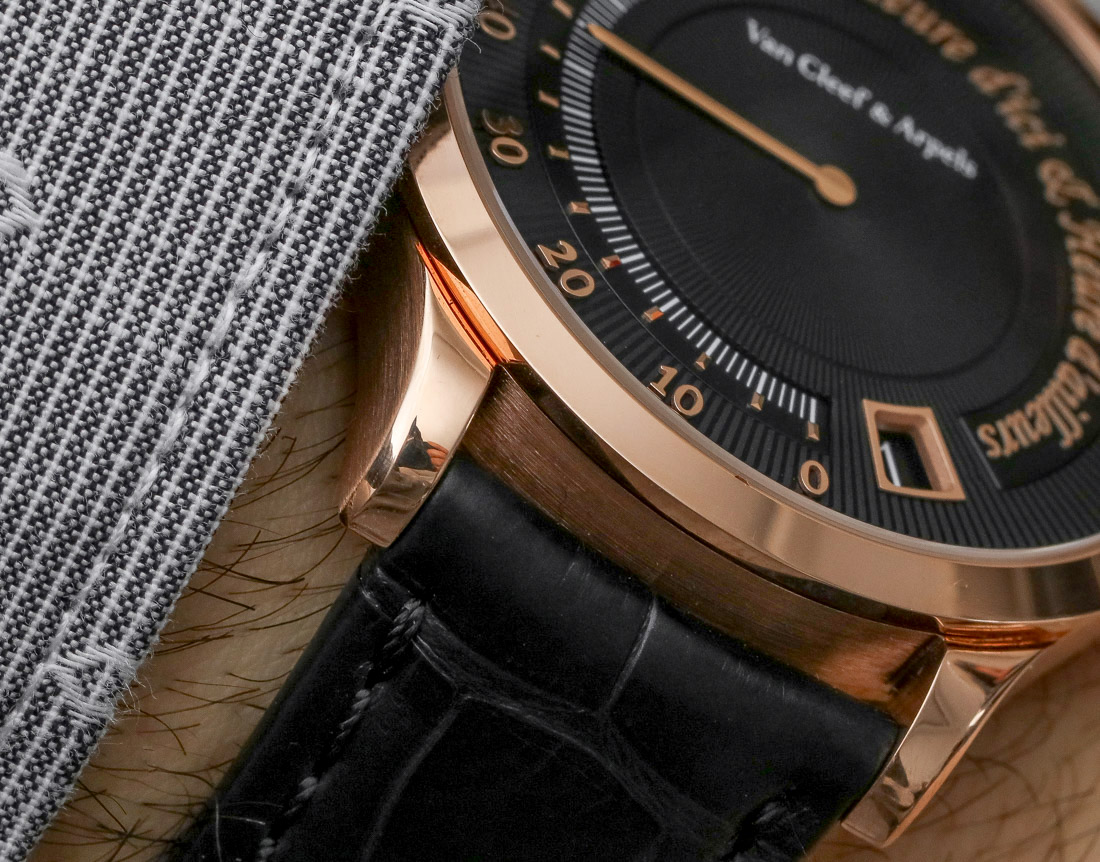 When the white gold Pierre Heure d’Ici & Heure d’Ailleurs was introduced back in 2014, it carried a price tag you’d expect from the brand at around $40,000. Van Cleef & Arpels seem to have shed the resistance towards price transparency and e-commerce that other brands at this level have wrapped themselves in. This is not only because we can see that the price of the Midnight Heure d’Ici & Heure d’Ailleurs is $27,500 (with the older Pierre Arpels version at a much lower than before $24,500) but because you can buy one online if you’d like. For the wealthy buyer who travels often, this Van Cleef & Arpels delivers not only in finish but with its highly-sophisticated movement and clever, highly-readable dial. Frankly, it’s a real achievement. Learn more at vancleefarpels.com