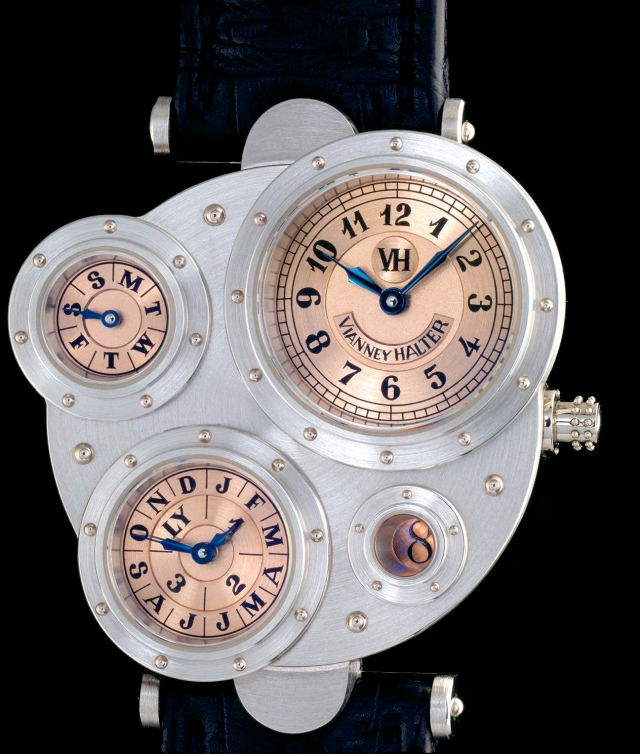 Steampunk is a relatively new term which essentially refers to turn of the century (19th-2oth century) futuristic. The embodiment of this style are the works of Jules Verne. The term really has to do with steam-powered machines , watch-gear driven mechanica, and early version of chemistry. When scientists like those portrayed in Frankenstein harnessed new technologies with the natural powers of the Earth in order to achieve wonderful scientific results. The supposed creators of such devices and machines educated and sophisticated gentleman, who while a bit mad perhaps, never forgot the necessity of beauty and art in their creations.

Most steampunk design flows from old watch and railroad car design. At the time owning a watch or traveling was a privilege and a professional pursuit. You expected luxury while enjoying the fruits of “modern” technology. This is now the heart and soul of what the steampunk design movement strives to be.

Steampunk-derived products are rare in the mainstream, and almost never mass produced, just as Vianney Halter’s are that exclusive. The average watch owner or collector will appreciate the looks of these watch, but not necessarily be aware of the theme which the watches are trying to emulate. These expensive and beautiful fantasy science fiction watches. Emulating a combination of gauges, early underwater submarine portholes, and steam-powered machine era measuring instruments. The off center and bulbous placement of the various indicator windows is reminiscent of a gauge array on a steam engine, where the constant observation of pressure and temperature were essential to safe operation. Likewise, Vianney Halter watches are meant to be looked at and admired. You do not spend in excess of $20,000 to see anything but the finest materials and craftsman’s ship. Surprisingly enough, the small “factory” in rural Switzerland were each of these watches is assembled is a converted barn over 100 years old. It is some how fitting that these little machines be lovingly crafted outside of modern times. The bottom like is that they don’t make instruments like they used to.

The movement of technical labor to a primarily blue collar labor force meant that instrumentation no longer needed to look that nice. Further, instrumentation, which was once made only by skilled artisans and mechanics, is not routinely manufactured on assembly lines. When you don’t have purists constructing each item, you lose the love and invention that goes in to it. The Vianney Halter really is able to take us back to a time when you instruments were made to last a long time, and put together by a small team of professionals for other professionals. 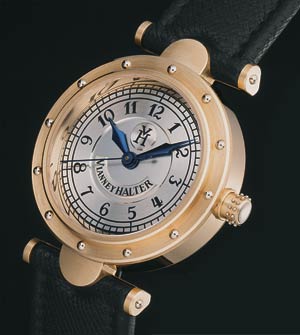 One this which is not apparent about a Vianney Halter watch when looking at a picture is the size. These are not actually massive watches. Quite the contrary. In opposition to the current trend, these watches are not showy and large in the now standard manner. Tons of attention is put in each milimeter of the surface of these watches without having to make them huge. Notice the beading on the crown to enable more traction when operating it. Often times crowns are not as well designed as they should be. These crowns obviously have a lot more thought put into them.

Finding these watches is rare, as is the case with many “interesting” watches. Luckily for me if I ever am lucky enough to have the the means to purchase one, the watches exclusive dealer is located about 35 minutes from me in Redwood City, CA. I had a chance to meet some of the sales people at Jackson Square Fine Jewels who were very nice and just as watch dedicated as myself. I recommend visiting them if you are in the area ever.

Vianney Halter watches are not the only of the Steampunk genre, but for now, they are the nicest. For the enthusiast of means, it is a worthy collector’s item. Just take a look at the creator himself and he looks a character right out of the era the watches allude to. vianney-halter.com