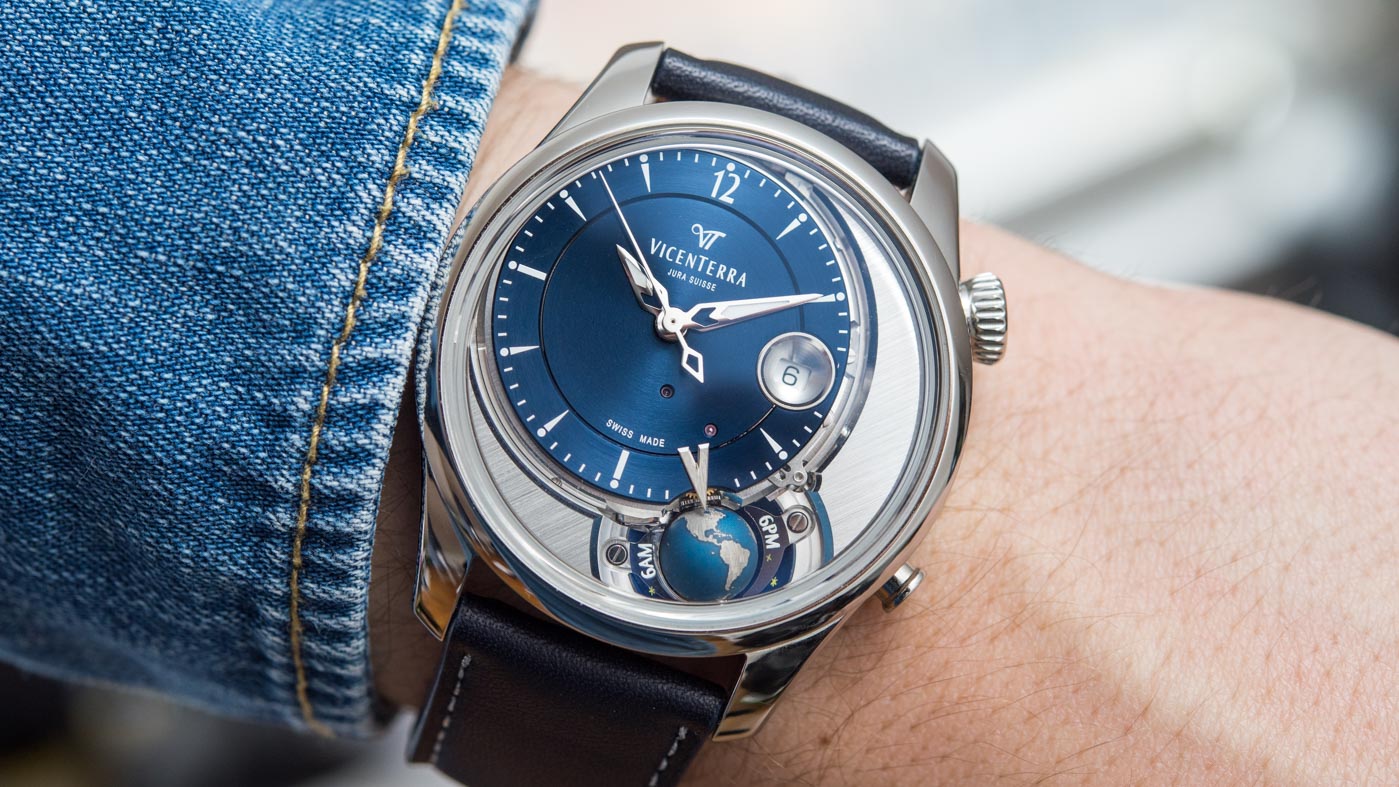 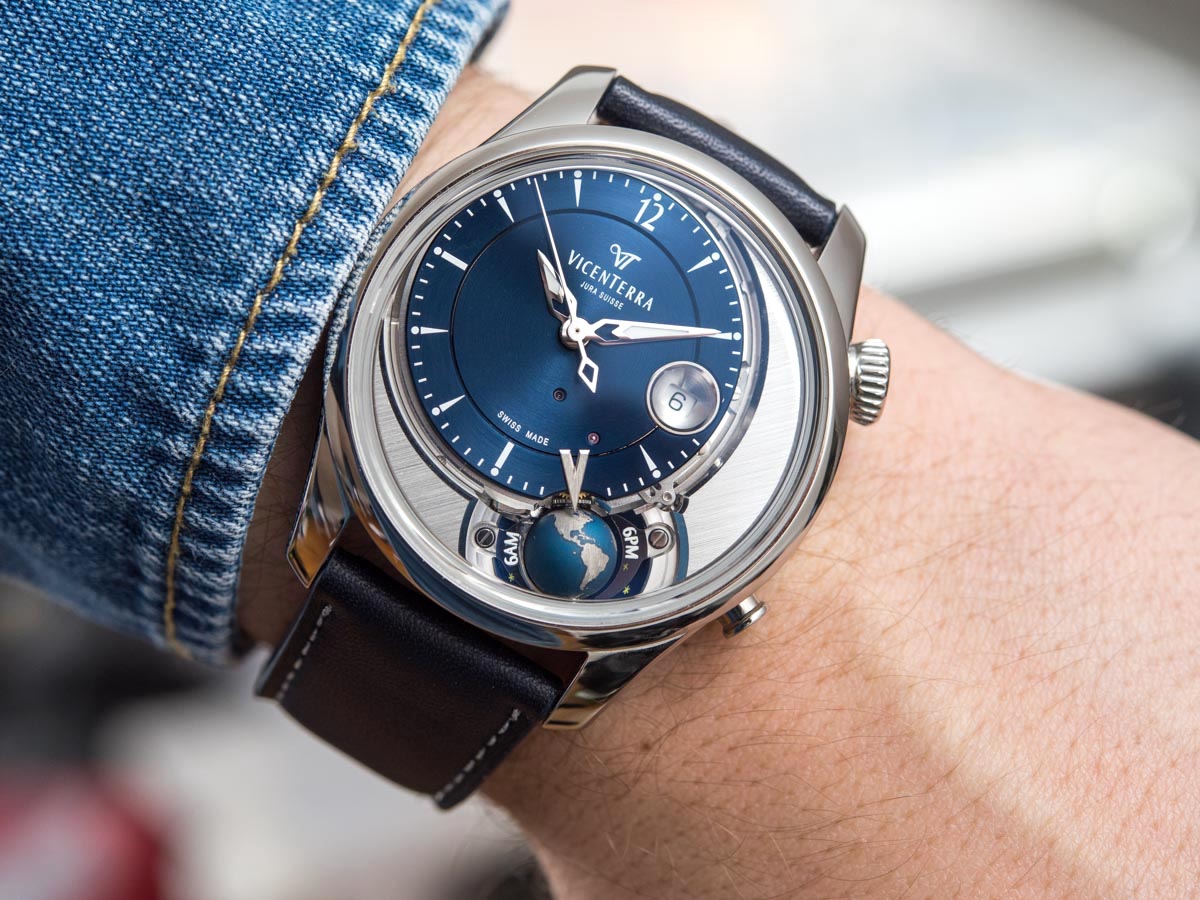 Until now, blank is what my list of Watches I Could Recommend Everyone & Anyone had been, featuring a total of zero watches. No matter how over the years I tried to think of something that I would consider with its style, comfort, value, aesthetics, functionality, and detailing I could reasonably recommend to every watch lover on this planet, let him or her be old or young, conservative or crazy in taste, seasoned or inexperienced with watches… No watch could come bearing absolutely no reason for reservations, ifs or buts – small or large. Now, that has at last changed because the Vicenterra Tycho Brahe Tome 2 Blue I want you, whoever you are, to try. That’s how amazing it is. 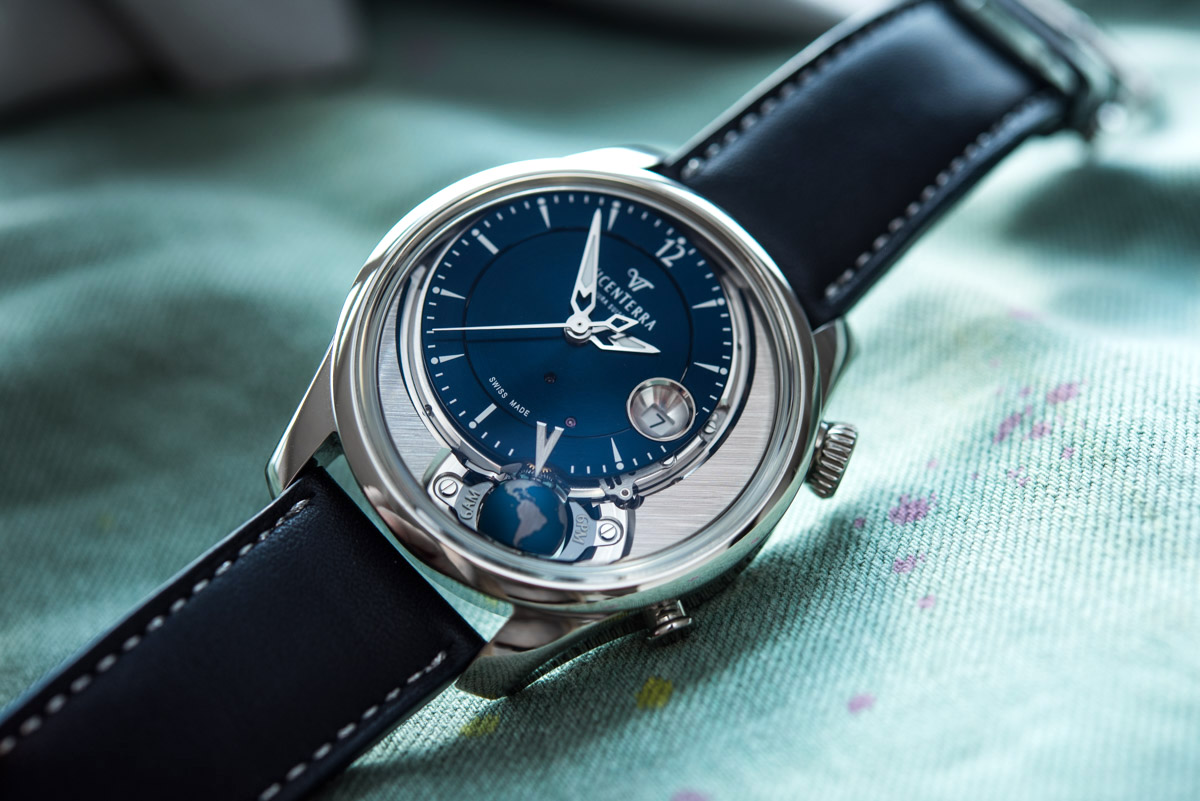 I mean, really, I don’t think I have ever been this impressed by a watch, ever. If finishing or detailing or functionality were impeccable, pricing or some other aspect would add an “if only” element to the equation. If pricing was fine, then minor or noticeable corners were cut. If the design was the trick, it was reasonably deemed unwearable by many – and if it was safe, I found myself bored even before putting it on, let alone wearing it for an extended period. This minesweeper game of watch specs left the aforementioned list of mine blank for so long, and this Vicenterra nails it not because it was designed with the goal of making it onto this list, but because it simply is such a neat coming together of thoughtful, creative, and scrupulously executed ideas and details. 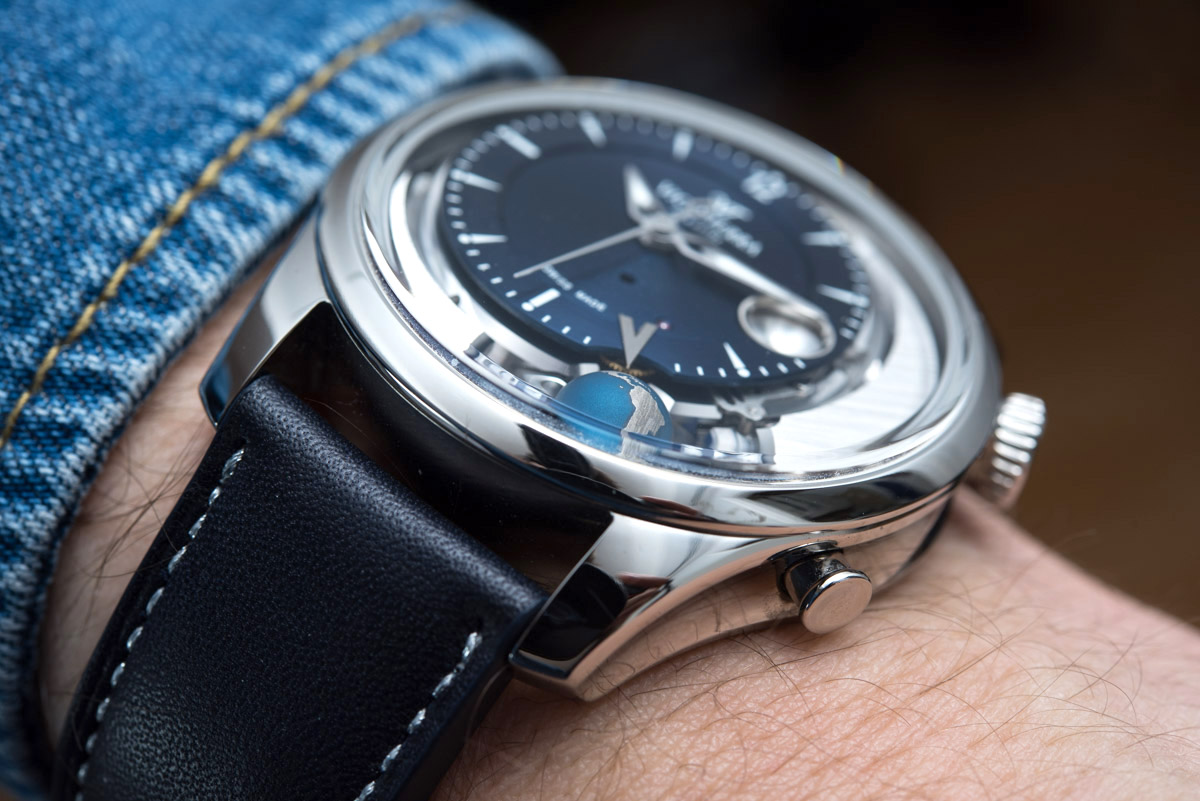 I’ll begin not where you’d likely expect – the globe, the specs, or some other usual aspect – but with a more intangible, yet just as important element of the Vicenterra Tycho Brahe Tome 2 Blue: that it is extremely well made. If I was working at one of the big brands and I saw this watch made to this standard for 4,259 CHF (VAT excluded), I’d cry myself to sleep every night. Because here’s the thing that I felt I need to stress before any other details would be discussed: this watch feels and looks great. In fact, in a long, long while it is the first watch I have handled that feels and looks way more expensive than it actually is. While everyone (even those for some reason biased) will have to feel deep inside how most big brands have abandoned the idea of a truly luxurious feel and look in this sub-$5k price range… often all the way up to the mid-10-thousands. In fact, it is only when handling this piece and maybe a select few others that one gets the idea that yes, even for under $5k, you should be getting something that is absolutely stellar all around. 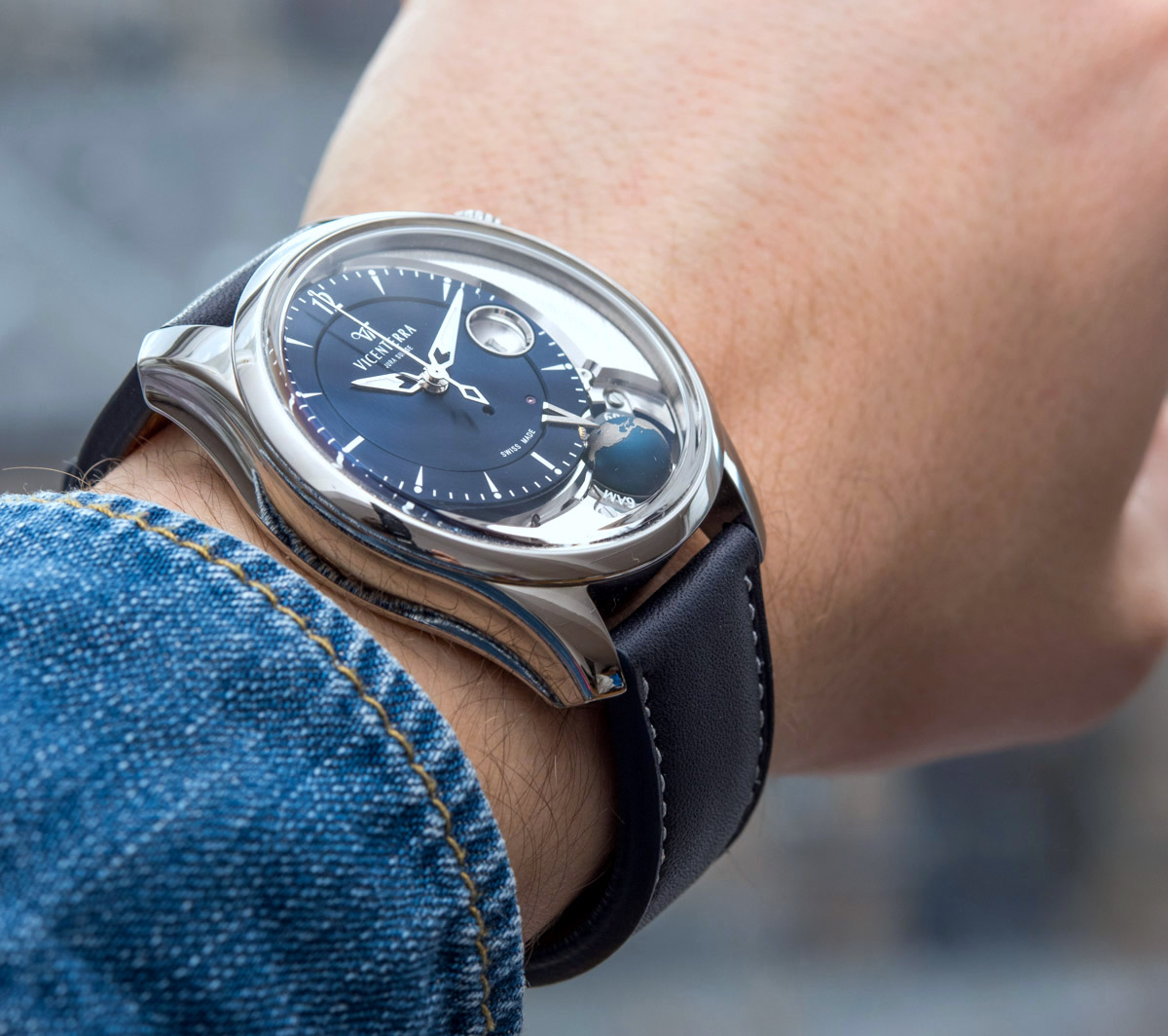 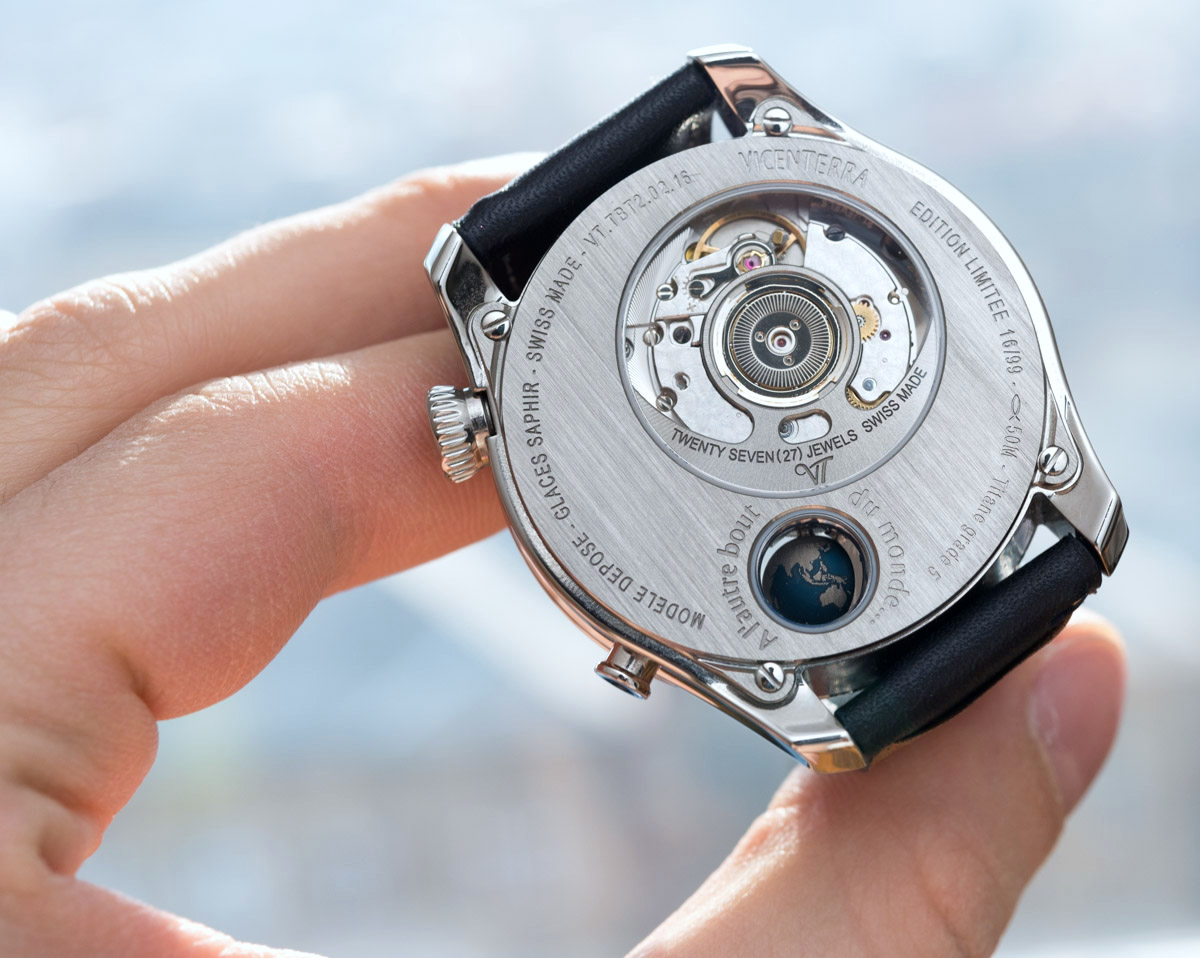 I have had this watch on me throughout all of Baselworld 2018 and, from the corner of my eye, I paid close attention to how industry representatives approached this watch. Not simply because they didn’t know the name, but because this watch looks so darn valuable that in today’s upside-down industry it could easily be priced anywhere between $10k to $20k. I remember last year how people reached for my Grand Seiko (which is about twice as expensive and twice as complicated) and, as expected from Swiss snobs (not every Swiss person is a snob), they couldn’t be bothered to appreciate it for what it was. That’s their loss, not mine. Here however, without a shadow of a doubt, a lot more care and curiosity had been generally shown by industry insiders when picking this watch up.

But what others think about it should be the least of your concerns – because 99% of the time it will be you looking at it, not somebody else. If you behave like any reasonable luxury product customer, you’ll want to feel you got what you wanted for your money… or more, preferably. Now, that is exactly where this Vicenterra shines, but to see where and how, let us at last dig into its many details. 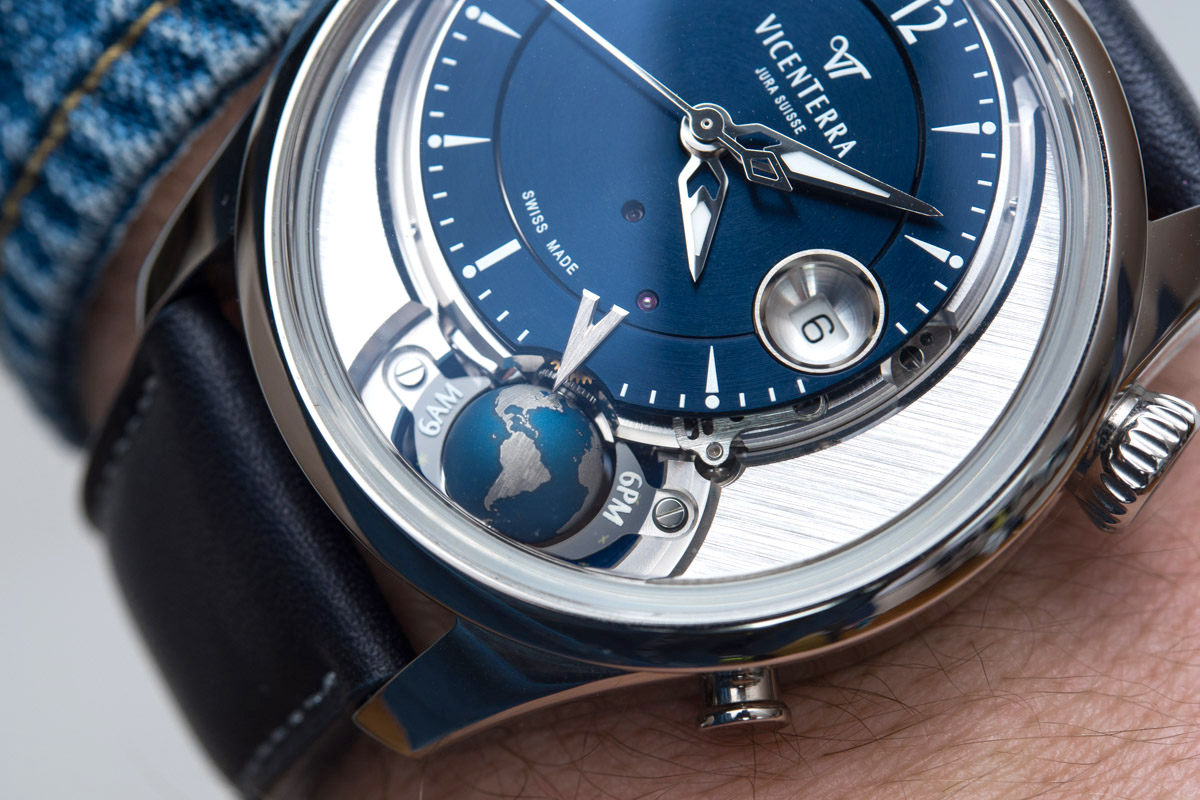 Watches with 3-dimensional globes are as cool as they are rare – very. I can’t be bothered to count all obscure examples, but I’d venture saying there are no more than 5 around these days and all are priced into the 5, sometimes well into 6-figure price range. Let me reach back to the previous point on execution and say something that may, I know, lead you to question my sanity – but here it goes, anyway. I have had the privilege to wear and photograph the truly incredible Greubel Forsey GMT 5N (a different version to this piece) a number of times now, and while I still can’t imagine wearing a $600,000 watch on a daily basis (the most expensive watch I’ve worn for weeks retailed for around $150,000), this little Vicenterra had so much depth to its details and execution, that I, for a passing moment, considered it to be on par with that $600k piece. 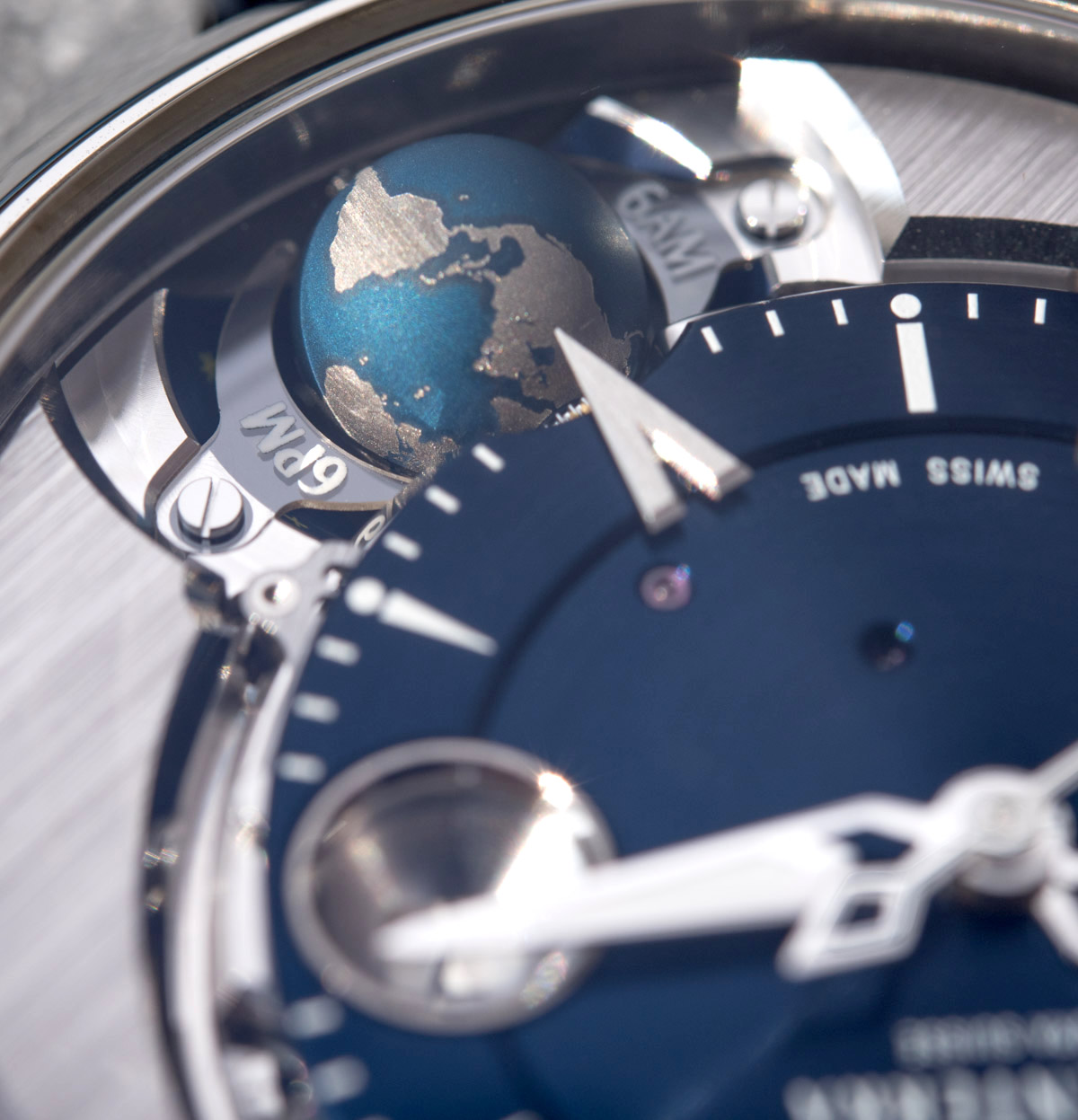 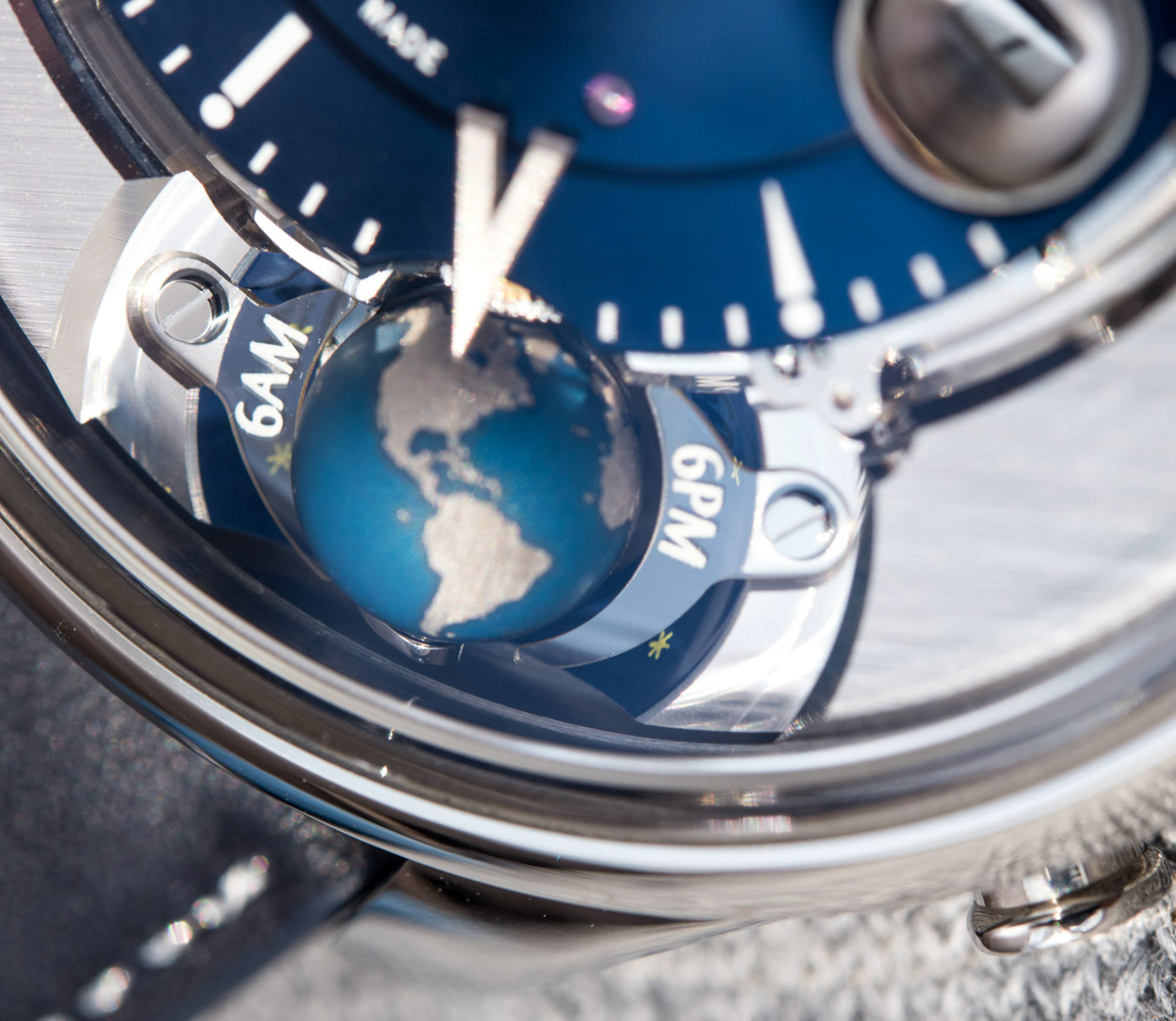 Trust me, I get painstaking anglage and perfect black mirror finishing and the complexities of an inclined tourbillon – but for a one-man shop to come up with a concept as farfetched from a base ETA as this Vicenterra Tycho Brahe, pay attention to details to an extent that puts pompous big brands to shame, and put it out there for this sort of money… I can’t consider it to be anything but a comparable achievement. And whoever can do this to a base ETA, I’m sure has the smarts to understand how to create a base movement (maybe not with inclined tourbillons) and hire a movement finisher to drizzle it with lavish decorations. Bear in mind that I am not belittling Greubel Forsey – I am rather explaining this weird situation where I, for the first time, feel I found someone whom I looked at and thought of Greubel Forsey as a comparison. Praise, in a way, doesn’t get much higher than that. For the record, Vincent Plomb, the man behind Vicenterra told me he works with some 30 suppliers and one watchmaker lady who helps with the assembly of the modules and of course the watches themselves.

Update: I had written this review before taking some more images and it was only then that I realized that the globe actually sits in a blue hemispherical bowl, with tiny yellow stars apparently hand painted on it, as seen on the image above. I had not seen this with bare eyes before, because light hardly finds its way in there, so this isn’t something you’ll see often – but it’s a little detail that was a lot of fun to discover. 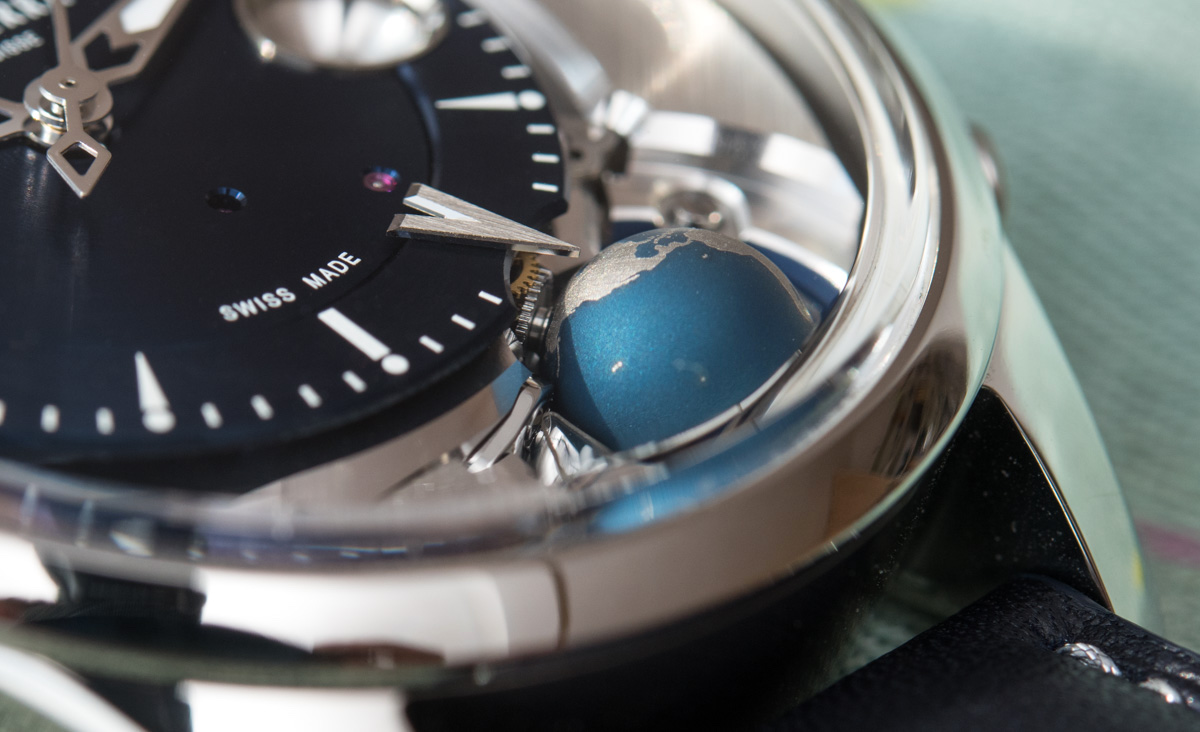 Okay, so the globe. The globe is linked to the base ETA 2892 caliber with a rotating axle that spins the globe, you guessed it, once a day. The tricky thing about it is that the “V” – the Roman 5 hour marker, crafted from white gold, mind you – points at the globe where it’s noon at the moment, while two sapphire discs carry a 6AM and 6PM designation left and right of the globe, respectively. Now, with the pusher at the 4 o’clock position of the case, you can adjust this globe in one hour (one timezone) increments by every push, totally independently from the movement’s timekeeping. Giving this extra option of interaction with the watch is as fun as it is gimmicky. Frankly, I have had this watch for about a month now and I don’t expect to ever grow tired neither of the globe, and perhaps neither of this adjustment system. Flip the watch around and you’ll see that not only the base – though decorated – ETA 2892 is on display through a sapphire window, but so is the globe, with a thoughtful, small text in French around the round window that states “A l’autre bout du monde,” as in “The other side of the world.”