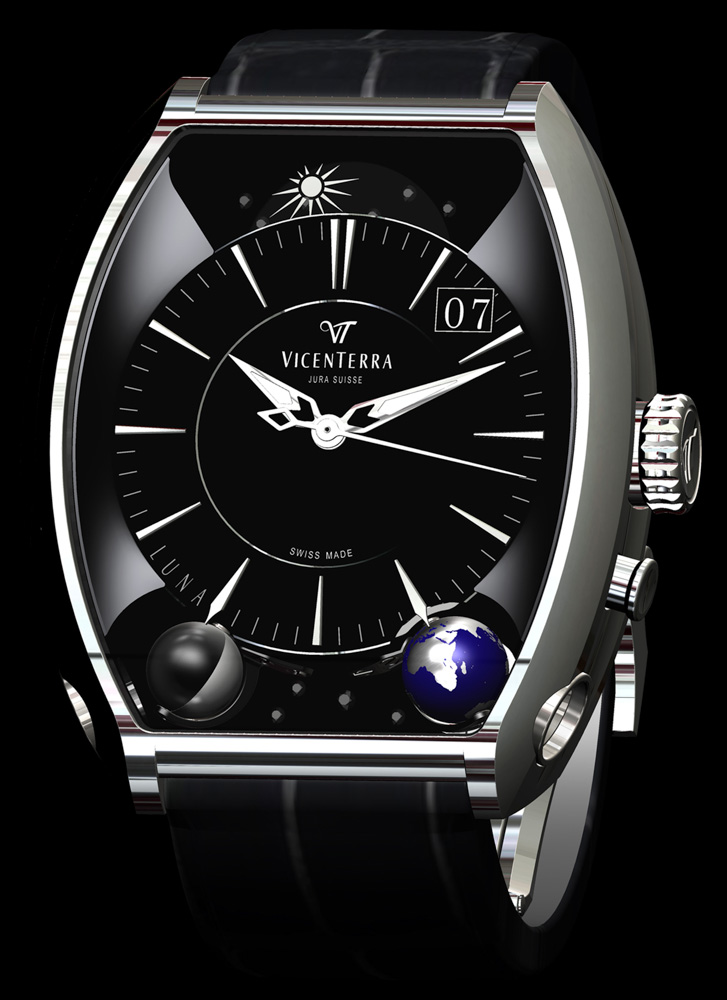 Are you ready to support the semi-crowdsourced VicenTerra Luna watch? The last time I heard from the very-boutique Swiss watchmaker VicenTerra was when the watchmaker in charge was thanking me for writing about his first watch, the GMT-3 back in 2010. Back then their first watch could be had for an incredible deal (comparatively speaking) if you were one of the first to order it. Regular price was 15,000 Swiss Francs but if you were one of the first, the price of the VicenTerra GMT-3 was only 5,000 Swiss Francs. That of course was assuming they had a minimum order requirement – and apparently they did. Now, almost four years later, VicenTerra released word of their second watch, and it will be similarly based on a pre-order model.

The deal isn’t as sweet as before, but the watch is arguably more elegant and beautiful, even though the theme is the same. The watchmaker behind the GMT-3 and now the Luna is Mr. Vincent Plomb. In addition to being a rather impressive watchmaker, Vincent is also disabled being in a wheelchair (for his entire life I believe). I think you’ll agree that being a watchmaker and starting your own brand is courageous enough, but for a person who has likely had some extra challenges in life, this is a feat that at least earns my respect. So let’s see what the Luna is all about. 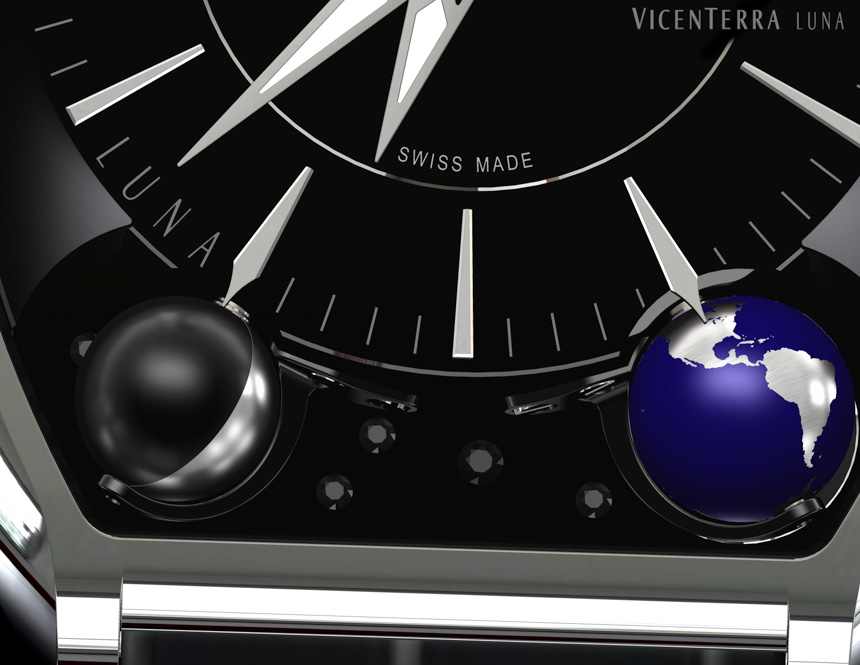 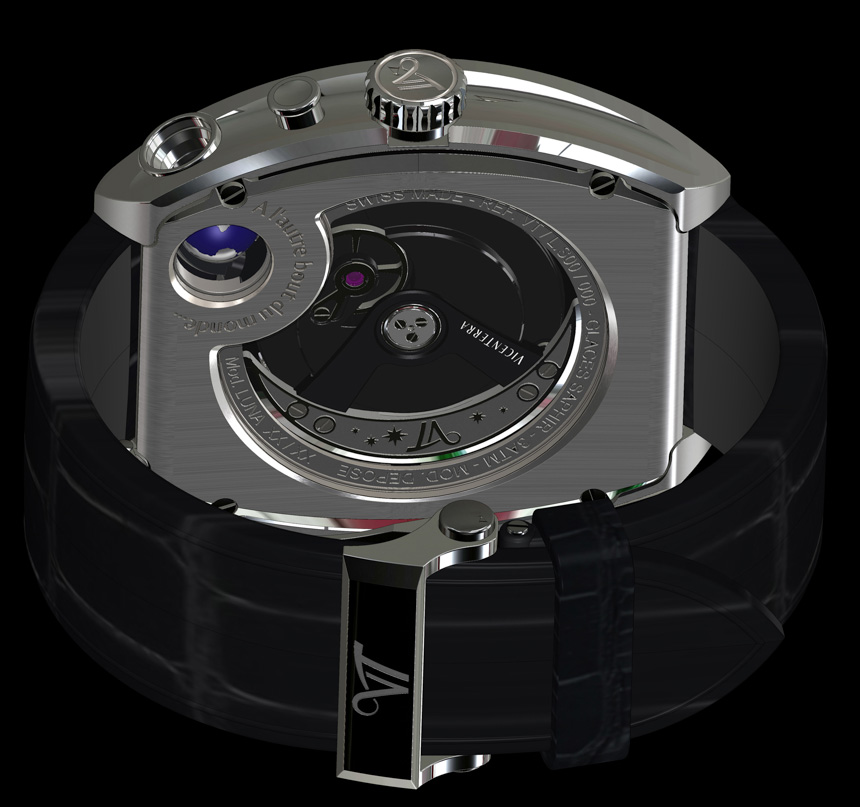 The theme of the Luna, like the GMT-3 before it was to focus on a tonneau-shaped case, indication of the time, date, day/night indicator, moonphase, and a form of GMT. Though, the Luna offers the GMT in a more emotional versus utilitarian manner as was the case in the GMT-3. You see, both watches have a unique little spinning orb that represents the earth. It completes one revolution each 24 hours. The GMT-3 combined this with a 24 hour GMT dial to offer a second time zone. The Luna retains the spinning earth orb, but removed the GMT dial for a cleaner looking face. The Luna adds a second orb that represents the moon opposite the earth orb. The watch thus has dual three-dimensional representations of heavenly bodies that spin on the dial. Black diamonds are placed between the earth and moon that represent stars.

Small windows on each side of the case offer a view of the orbs, and the earth orb can be much more fully seen as it has a third expansive view through the case back of the watch. The case is 43.50mm wide and 53mm tall. That is a nice hefty size for a tonneau-shaped watch so it will wear with a sense of boldness for sure. As you will learn more about below, the watch is available in steel and 18k pink, yellow, or white gold. I really appreciate that despite the shape of the case, the dial is round and highly legible. You don’t see this combination too often. It sort of offers a best of both worlds. Further, unlike the GMT-3, the dial of the watch is very clean and legible, only being interrupted but the relatively un-obstructive big date window located between 1 and 2 o’clock. 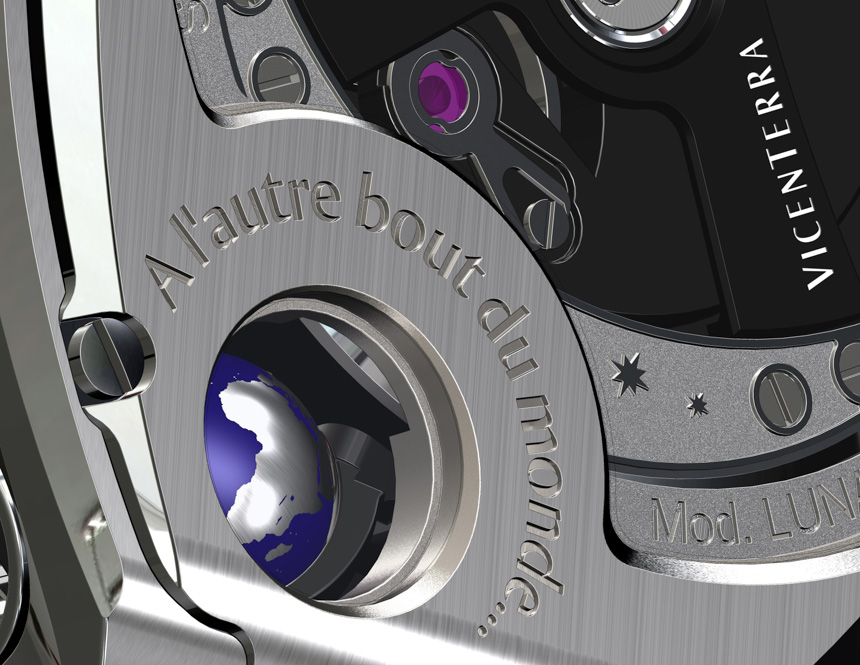 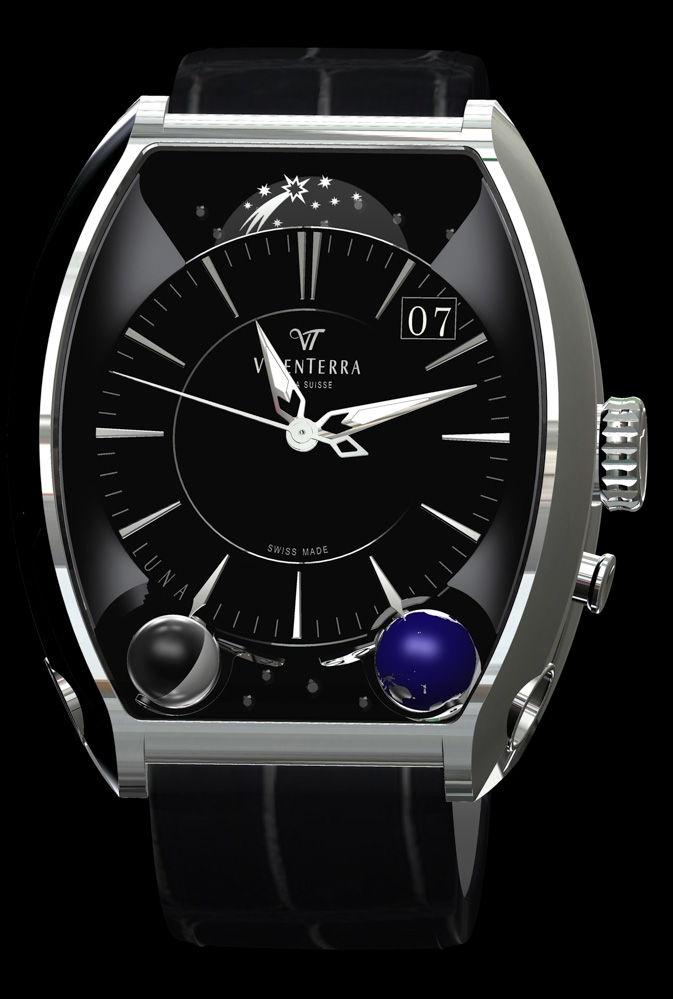 The movement inside of the watch contains two elements. A base movement and a module produced by VicenTerra. The prior GMT-3 watch contained an ETA 2892 automatic base movement. The Luna steps it up by including a Vaucher caliber VMF 3002 automatic movement. Honestly the Vaucher performs similarly to the 2892, but is a bit more exclusive and high-end in design. It is still a 4Hz (28,800 bph movement with a 42 hour power reserve). The automatic rotor is made exclusively for VicenTerra, and has a neat looking weight, shaped like a crescent moon.

Something like the Luna is what independent high-end watch making is all about. An ambitious watchmaker and a small team produce something interesting that they themselves want. There is no major corporate backer or marketing scheme to fall back on. The Luna, like the GMT-3 is available for pre-order from VicenTerra. If they don’t get enough orders… well then they keep trying until they do. It is actually pretty old school how it works. There is no serious digital order form. You need to fill out a “Request for a Sales Contract” form and promise to pay if the watch is delivered. Each of the Luna watches is part of a limited edition. The steel model will be limited to 99 pieces at a price of 16,500 Swiss Francs. The 18k pink gold, yellow gold, and white gold models are each limited to just 14 pieces each, at prices of 26,400 Swiss Francs (pink or yellow gold) and 27,650 Swiss Francs (white gold). vicenterra.ch