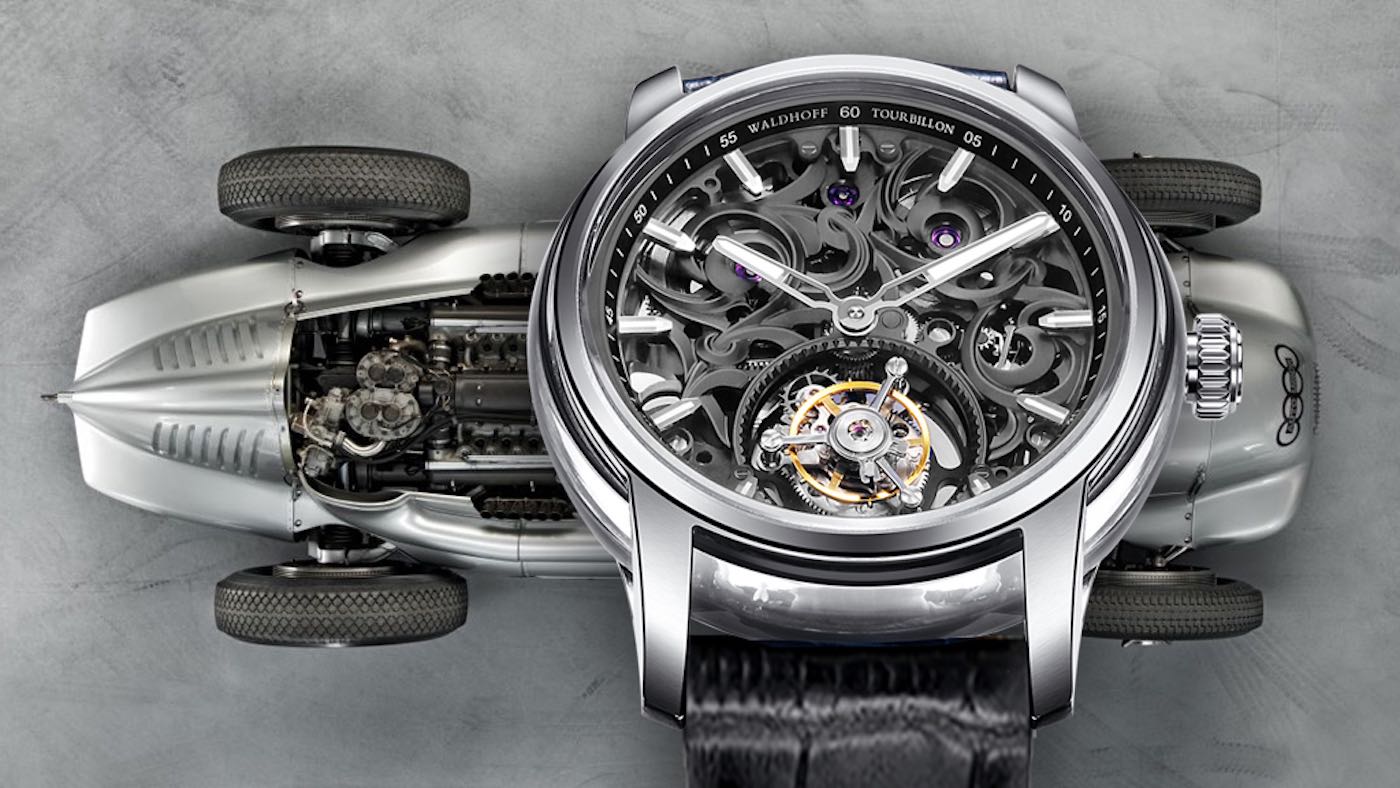 It is funny how often destinies can change as a result of chance meetings. In 2011, the founders of Waldhoff would meet for the first time at the Baselworld fair in Switzerland. The decision of Manfred Starck and Nicolas Lehotzky to join forces was a quick one. With Lehotzky’s background designing watches for Swiss luxury brands, and Starck’s experience in manufacturing, they went to work to establish their common vision to create watches with the same attention to design and detail as the high-end products Lehotzky designed before, but at affordable prices. With their products developed and assembled in Manfred’s German workshop, the partnership seemed destined for success from the word go. 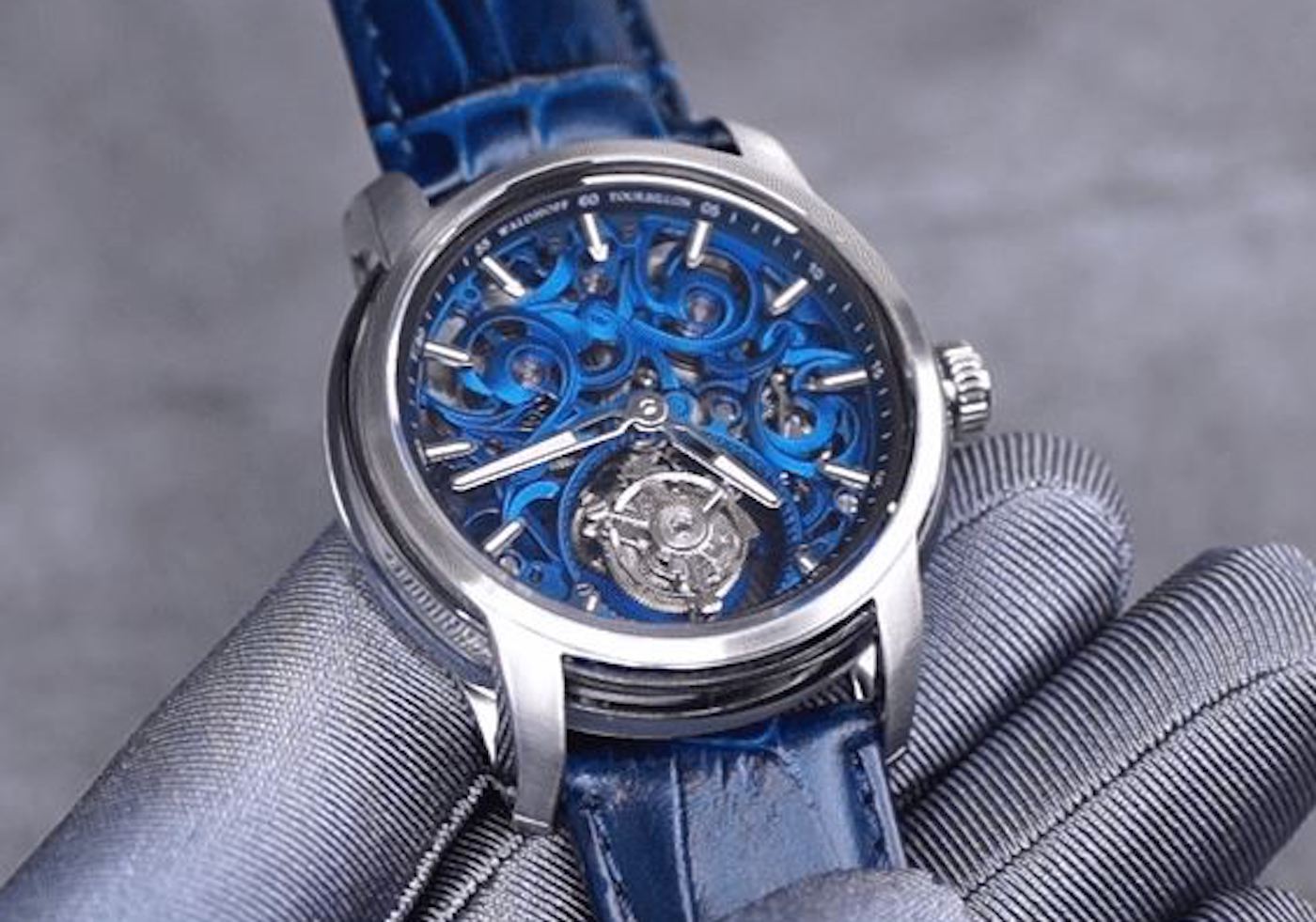 Manfred’s time in the watch industry is extensive. Beginning his career almost 40 years ago as an apprentice for STOWA in Pforzheim, the young German citizen moved around several companies in Germany’s “Gold City” (a center of watchmaking and jewelry excellence) accruing the skills that would one day enable him and Lehotzky to start their own brand. 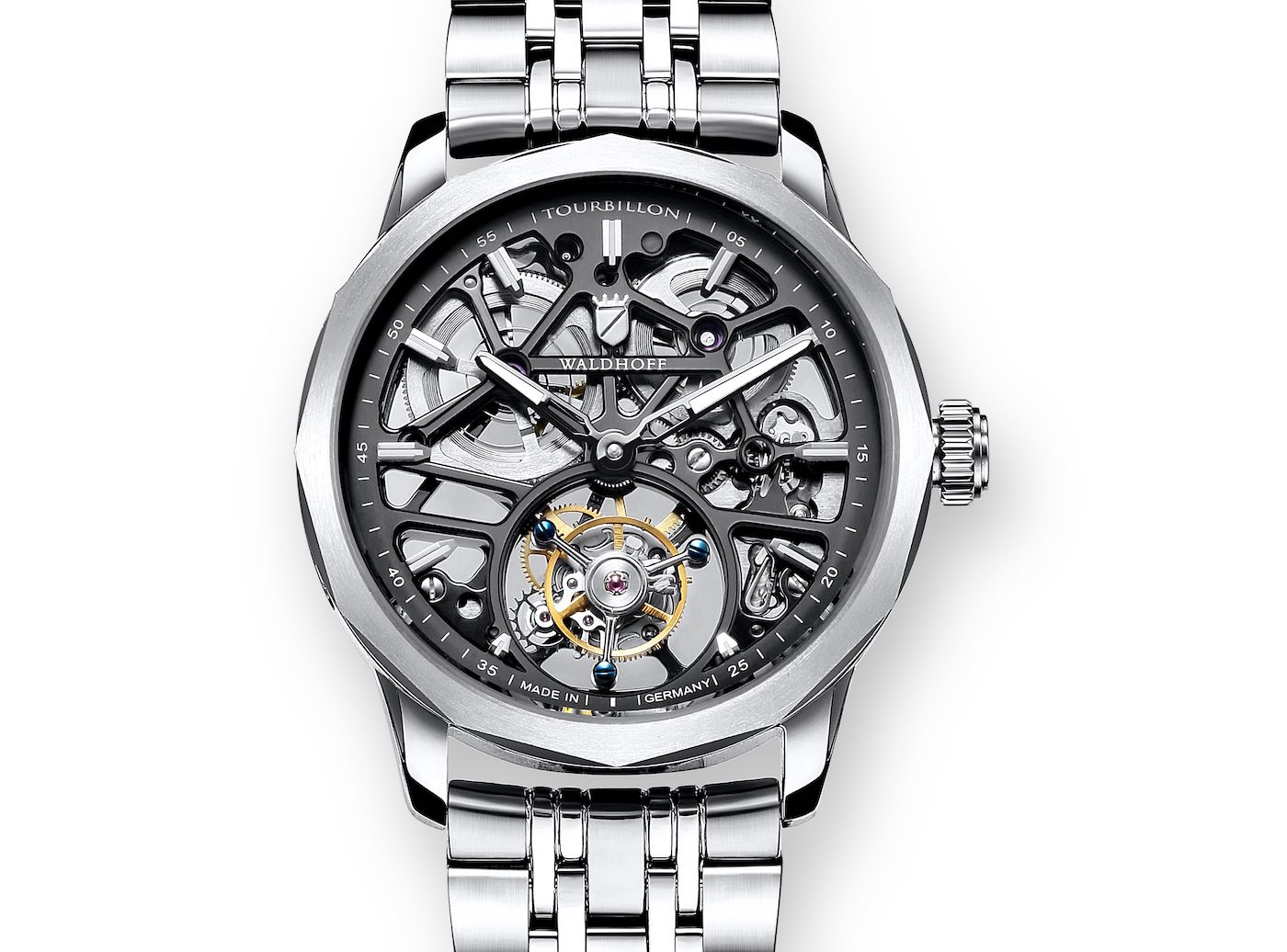 Lehotzky has clocked a decade in the industry, thus far. In 2009, the Geneva native began the journey that would see him work as a Product Manager and Designer for several luxury Swiss brands. With these experiences, the duo decided to forge ahead with Waldhoff, a brand dedicated to raising the quality of critical components (such as the dial) to create timepieces that stand out in a very crowded marketplace. 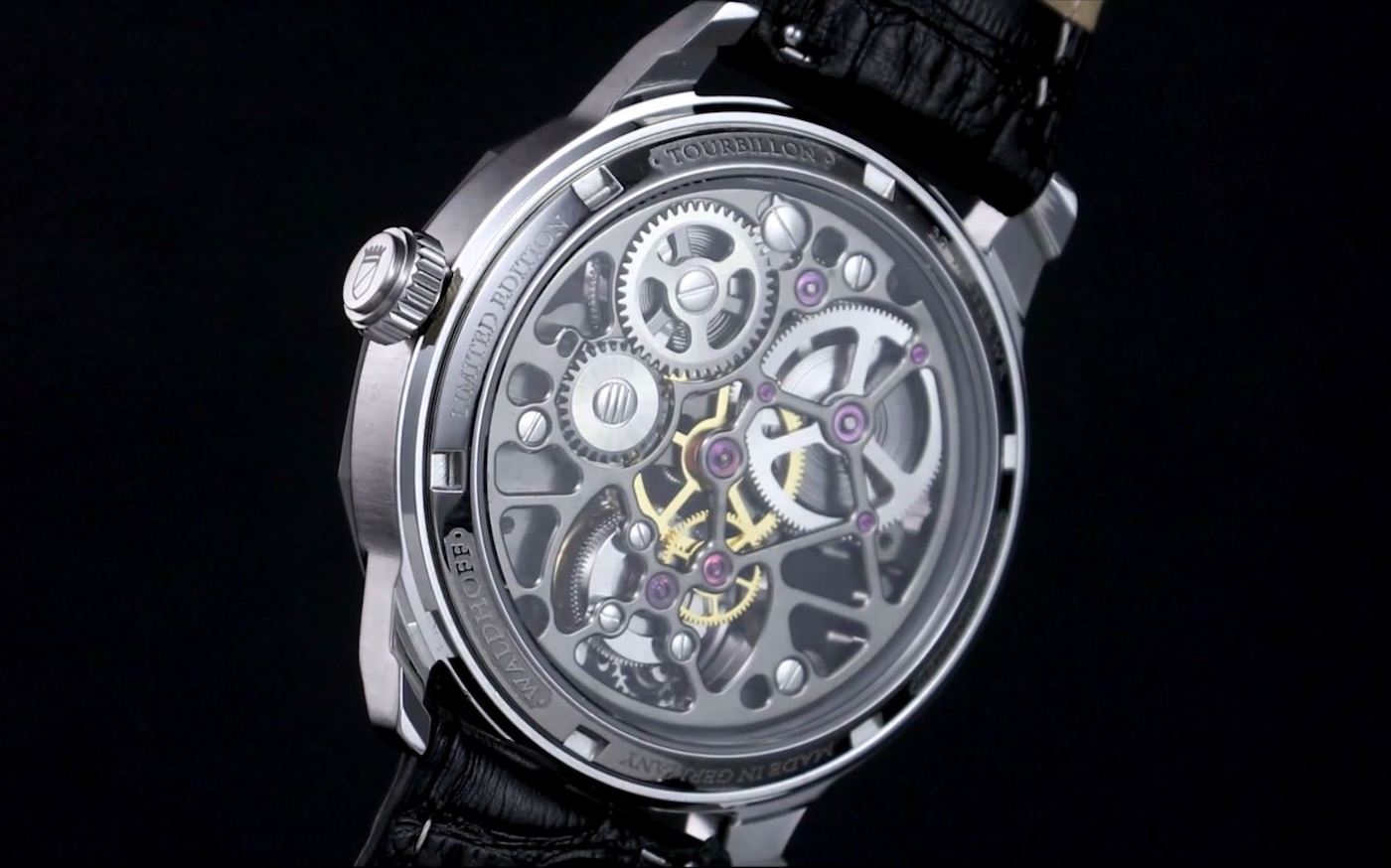 In order to achieve an uncommon level of excellence while keeping the prices affordable, Waldhoff has adopted a “sourcing neutral” policy, which means movements and parts can come from anywhere in the world as long as they offer something interesting. 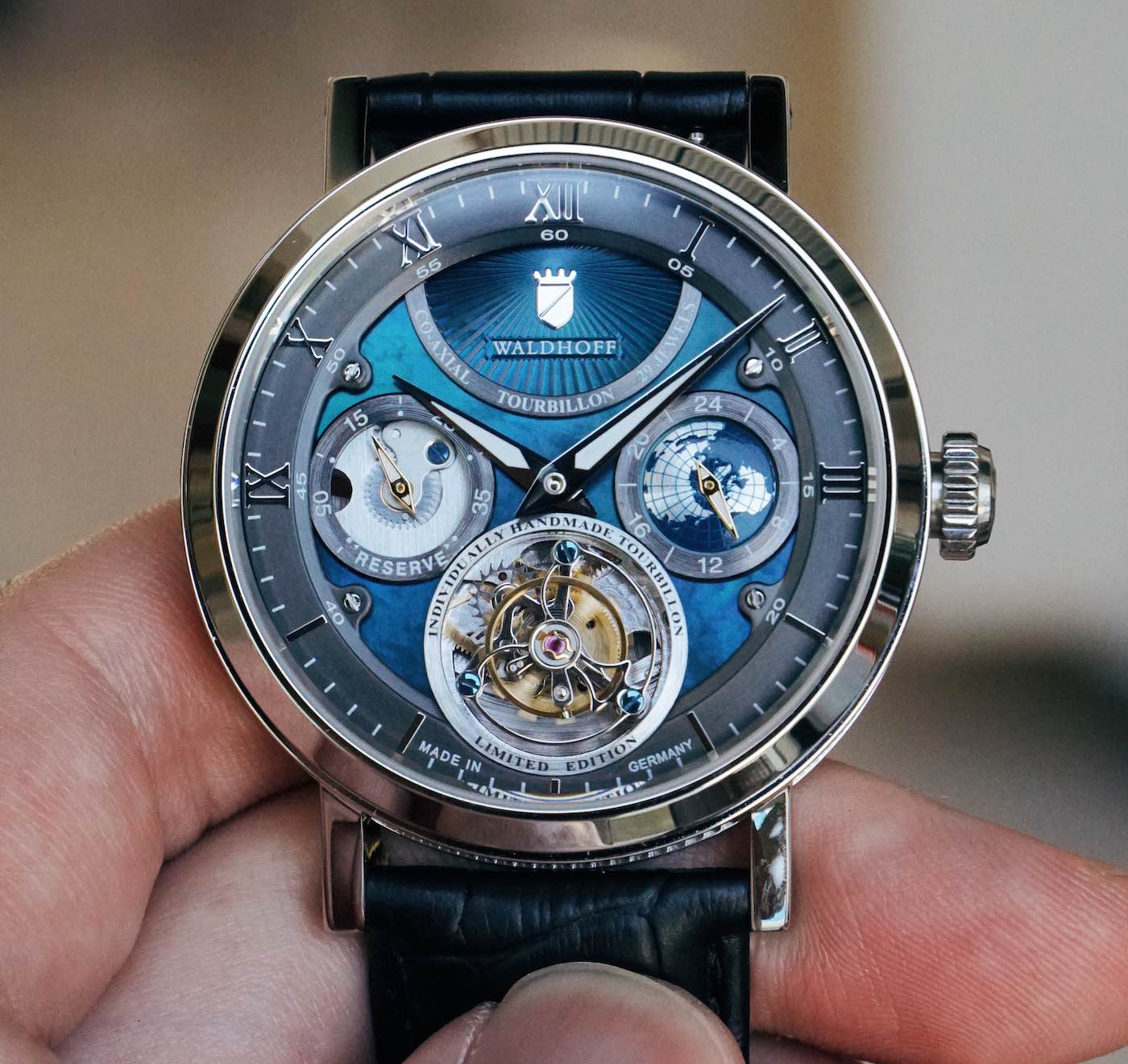 Prior to the current Kickstarter campaign to fund the creation of the Imperial and Vanguard V8 models, the brand released an update to its Ultramatic range, releasing a version with a beautiful freshwater pearl dial (seen above). This new model is known as the Waldhoff Ultramatic Carbon Bay. Dials made of freshwater pearl appear to change color depending on the angle from which they are viewed. The movement inside the new Ultramatic is the Peacock 5212 Co-Axial Tourbillon, which boasts a 40-hour power reserve (sub-dial at 9 o’clock), and a 24-hour indicator (mounted on the globe in the 3 o’clock sub-dial). 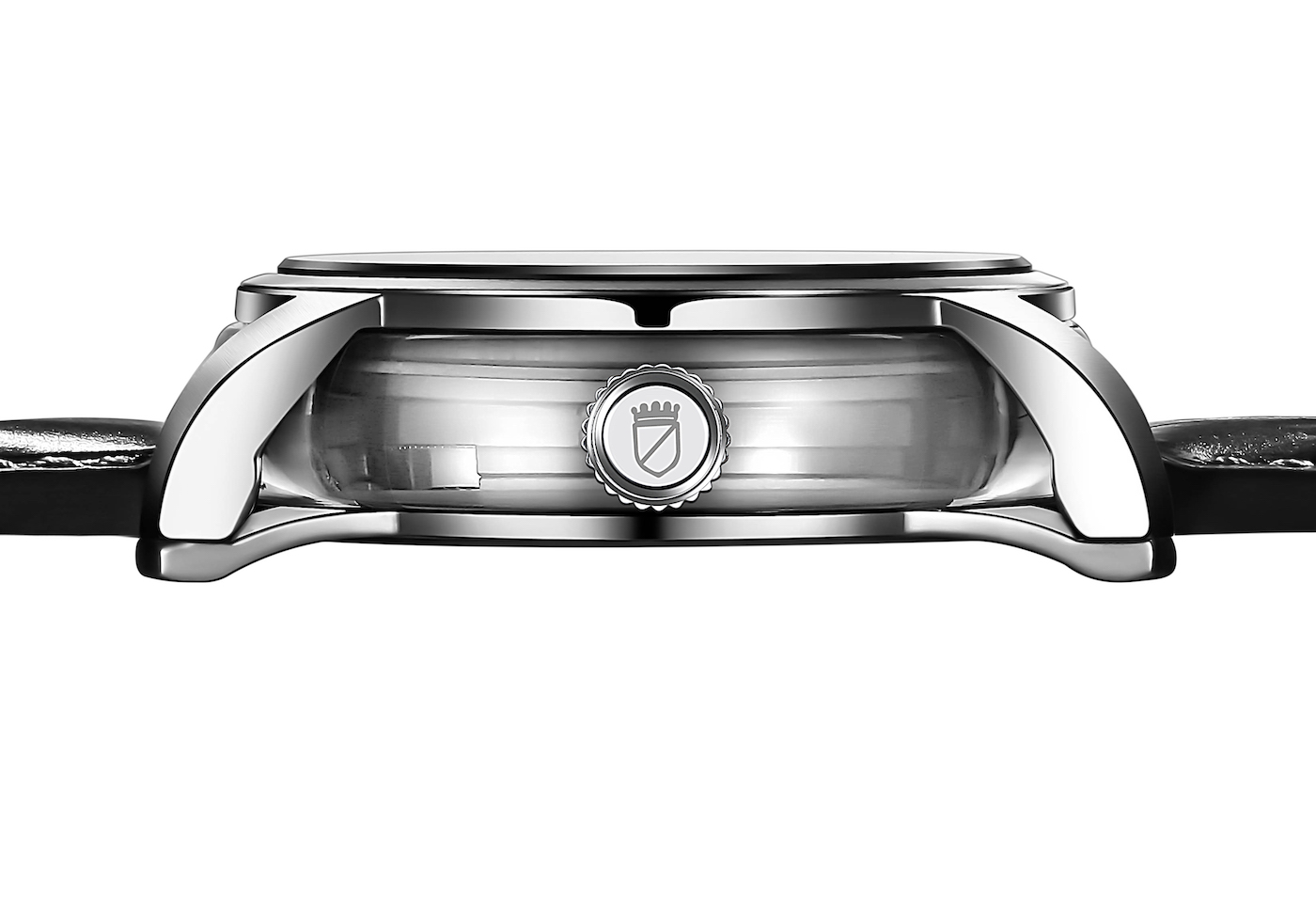 The soon-to-be released Imperial model is a grand and ambitious project, featuring a sapphire case. Manufacturing a sapphire case is difficult and expensive at the best of times, but achieving it while remaining within the brand’s target price bracket is something of which Waldhoff is understandably proud. Additionally, the case is machined in Switzerland to ensure the highest possible quality of the underlying material and the techniques used. 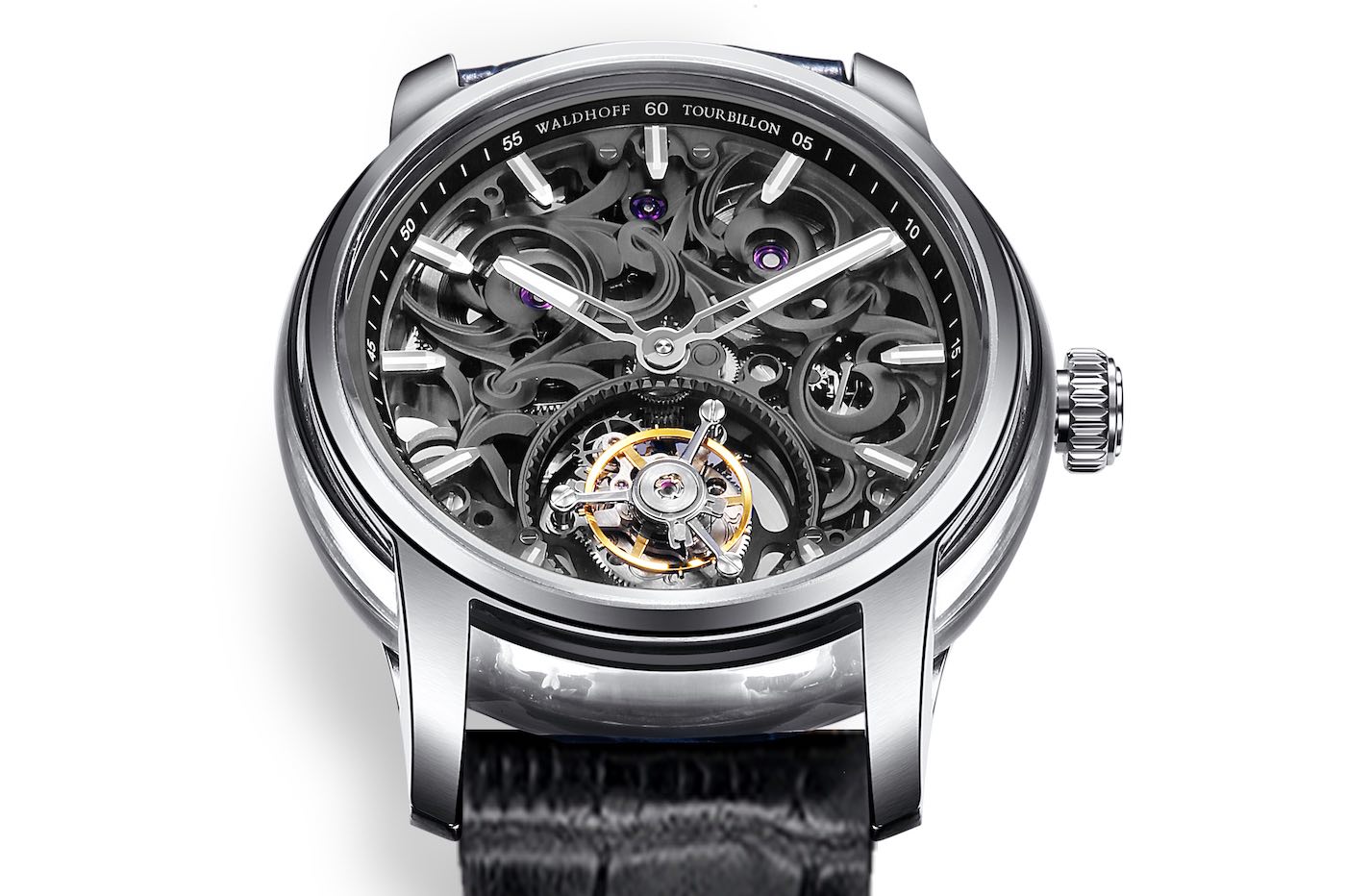 Visible from all sides, the manually wound Hangzhou 3452 Co-Axial tourbillon movement has an impressive 80-hour power-reserve derived from twin barrels. Its skeletonized bridges enhance the visual effect of the sapphire, giving wearers a stunning show. 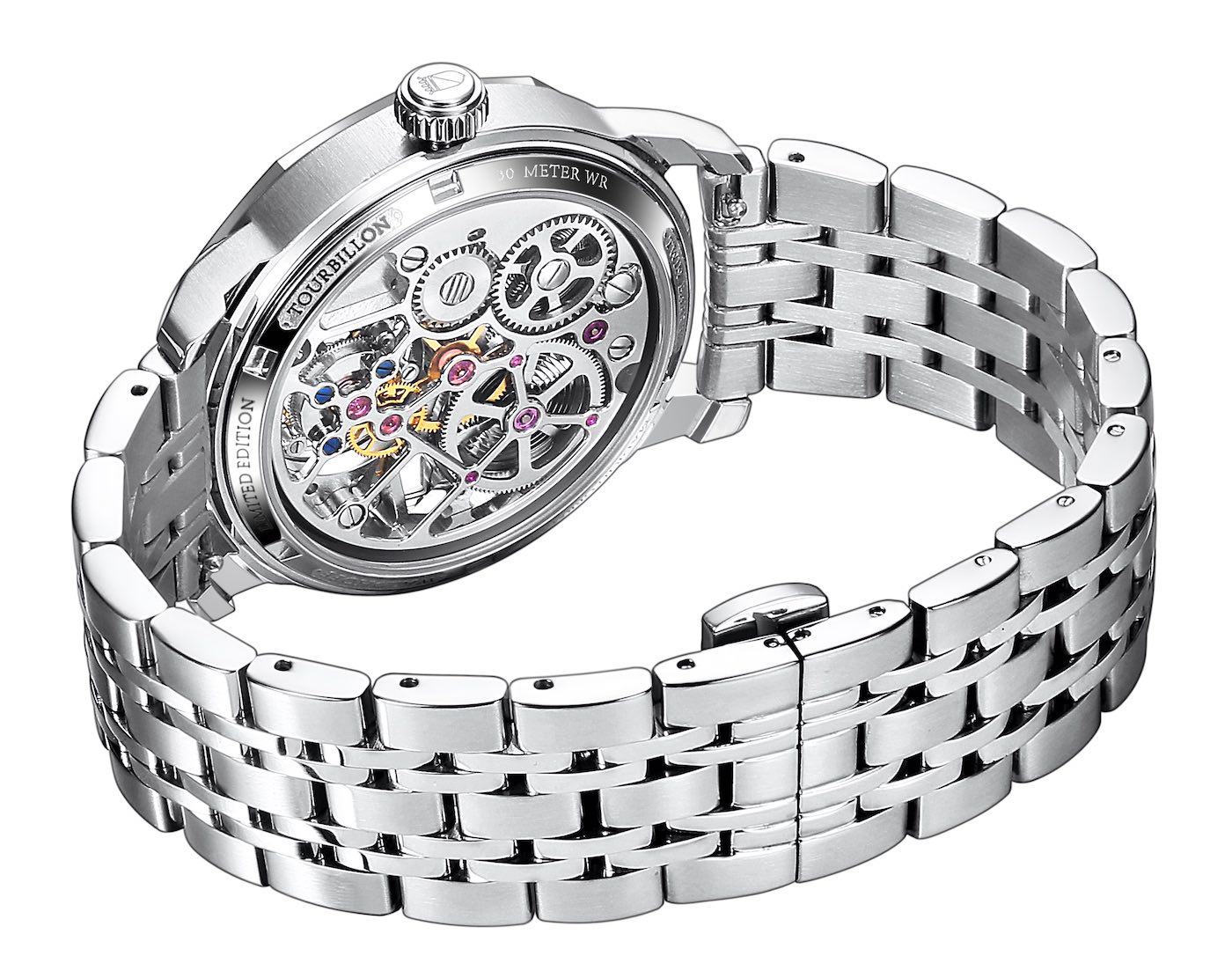 A sportier option from the brand is the Waldhoff Vanguard V8. A solid, reliable beater, the Vanguard V8 features a rugged, angular case that protects the Hangzhou 3450J Co-Axial tourbillon once more. Because the 3450J is manual, the Vanguard V8 is a surprisingly slim watch, perfect for everyday wear. Of course, it is still a tourbillon, so it is something quite special, but the exterior is designed to withstand the daily punishment one would expect a wristwatch to face. 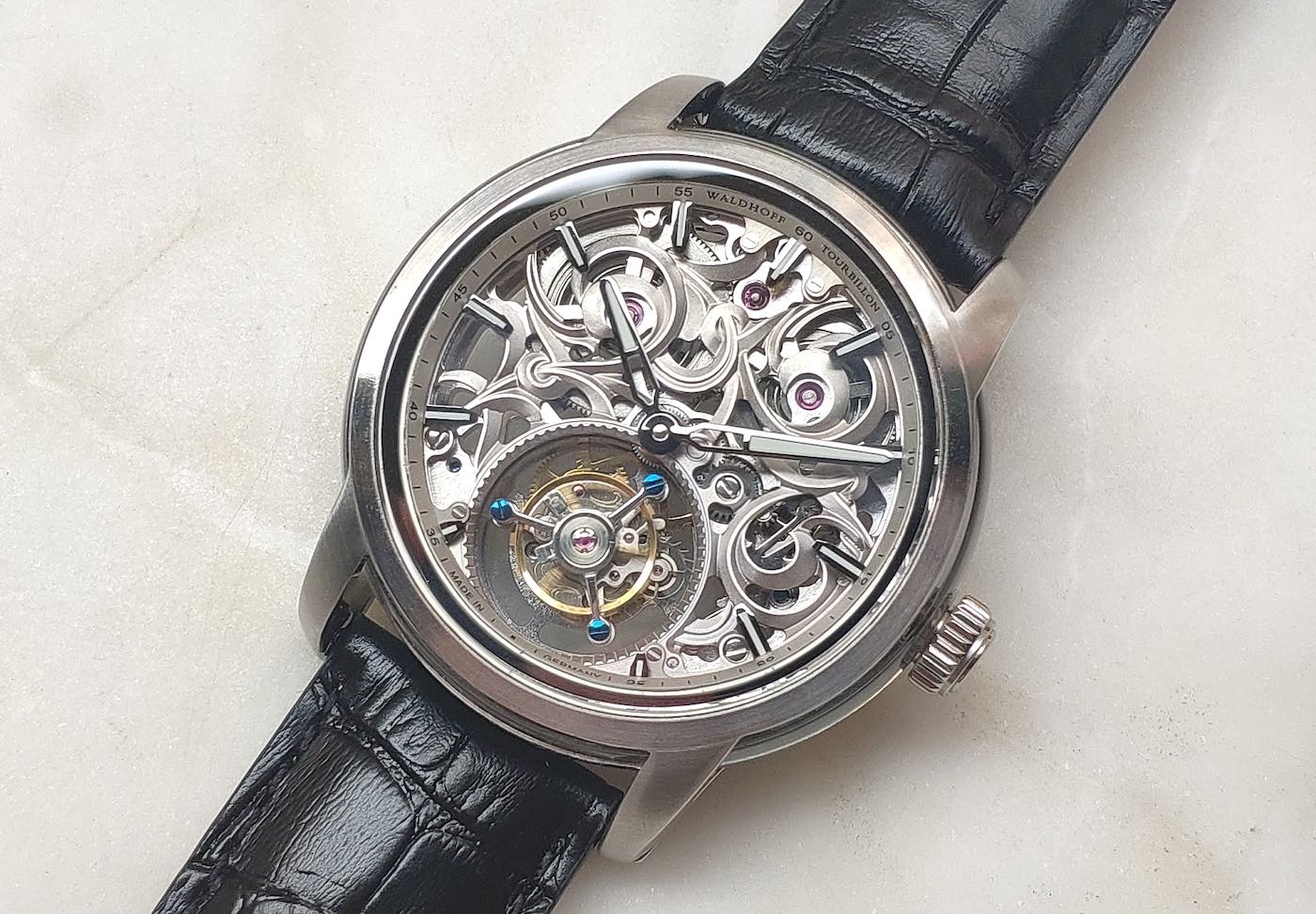